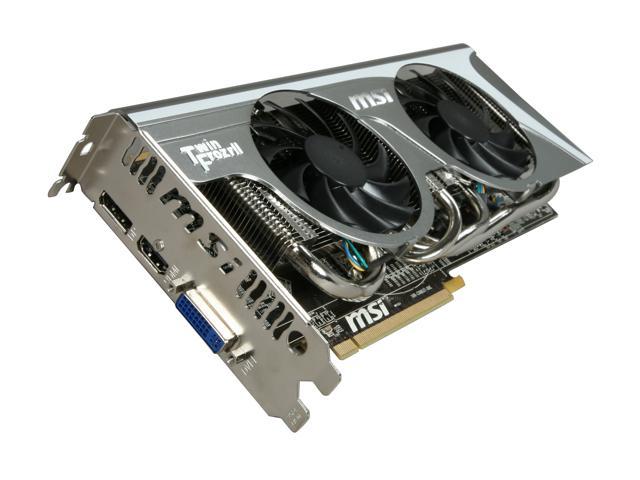 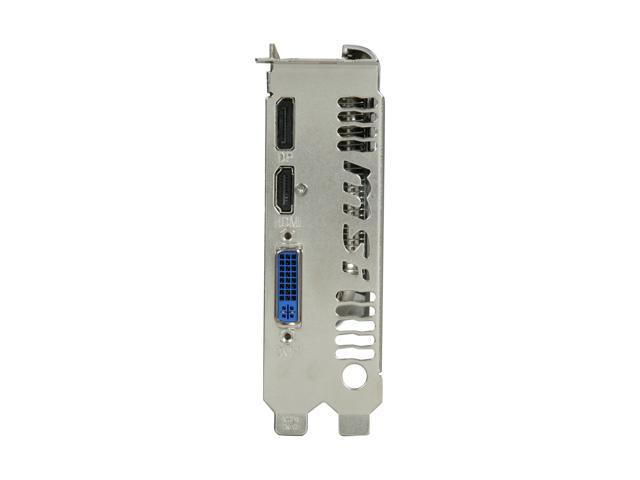 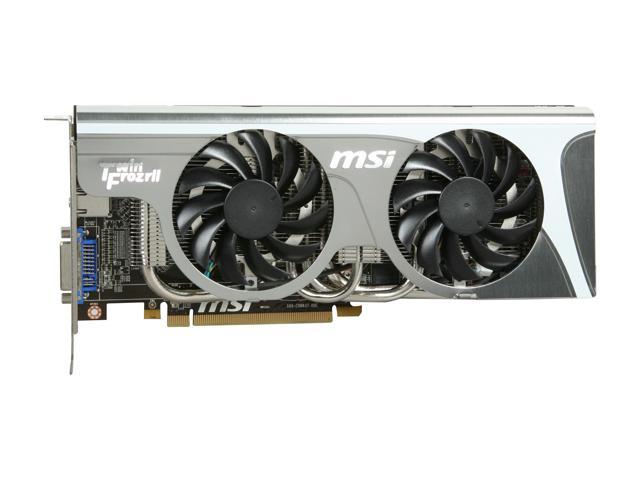 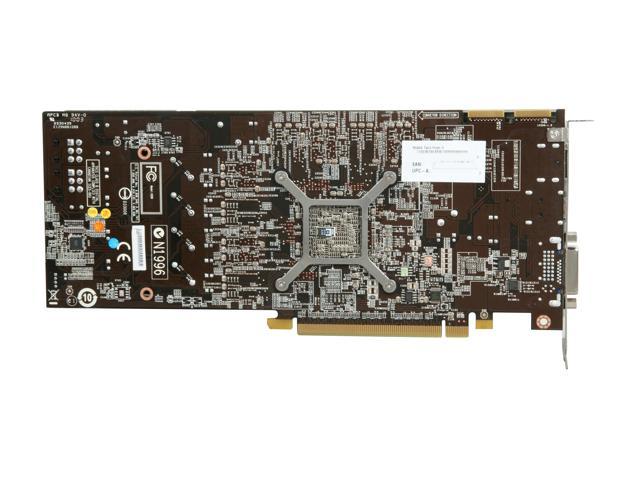 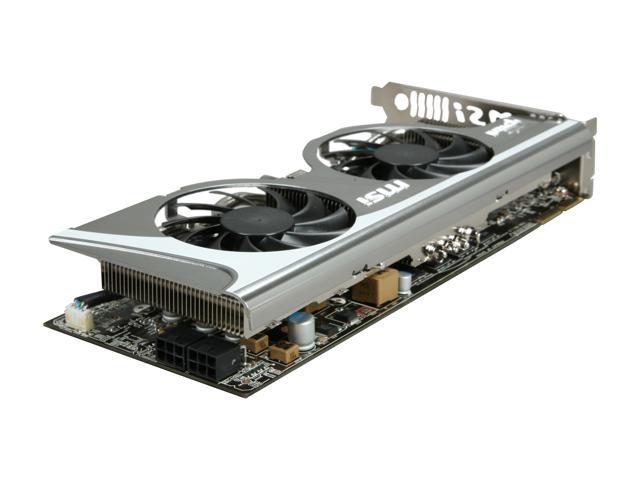 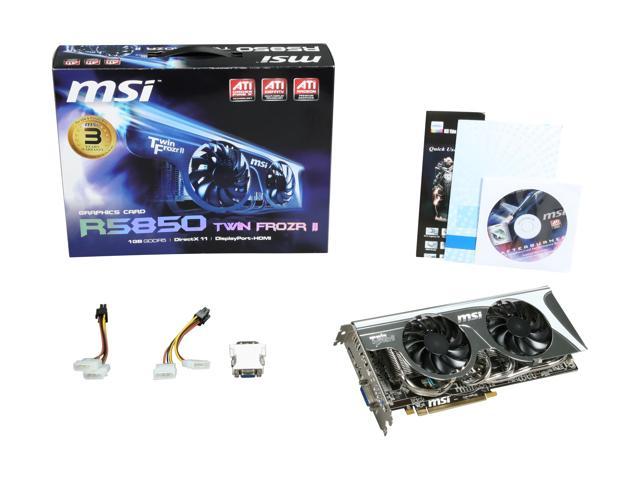 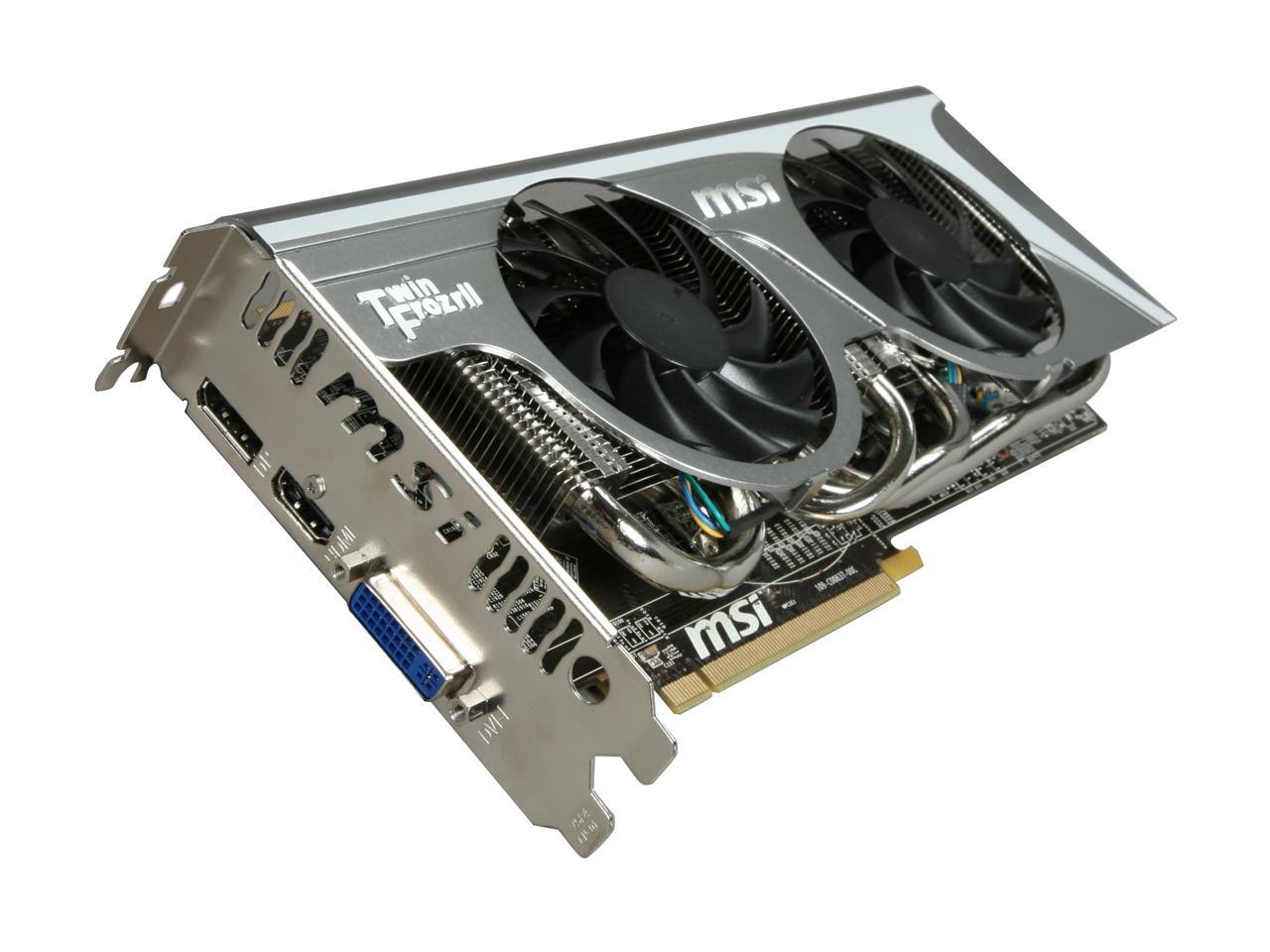 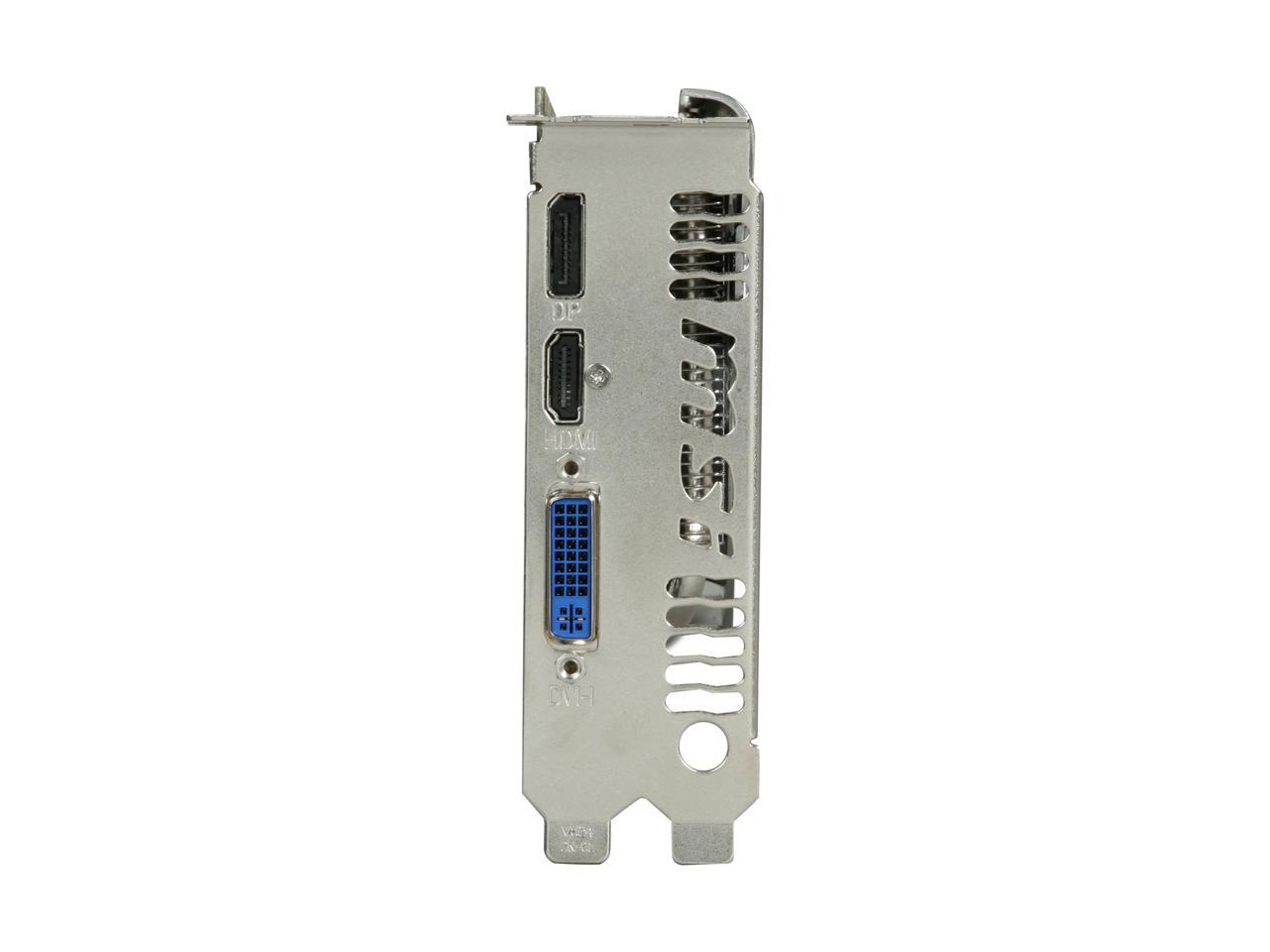 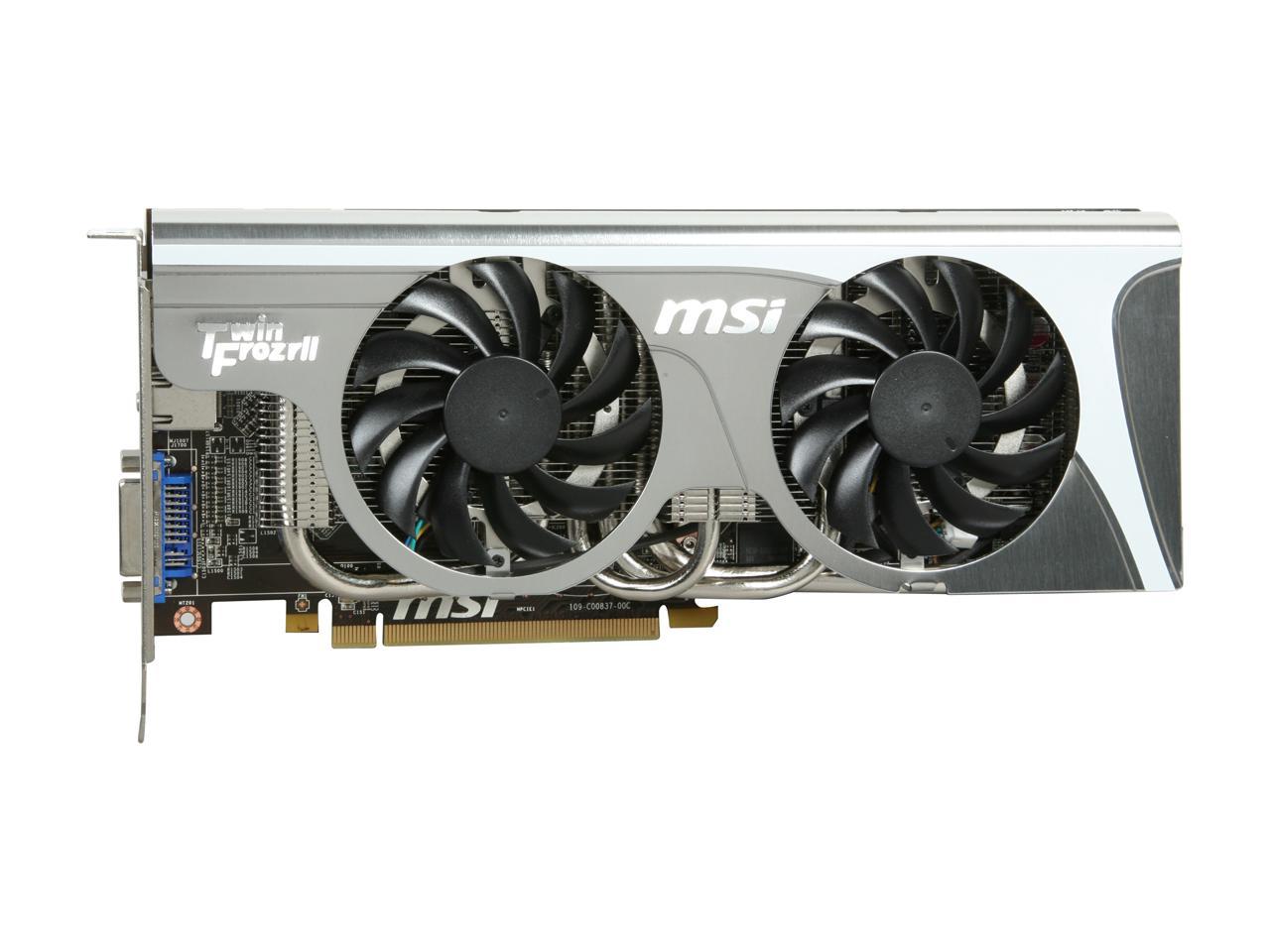 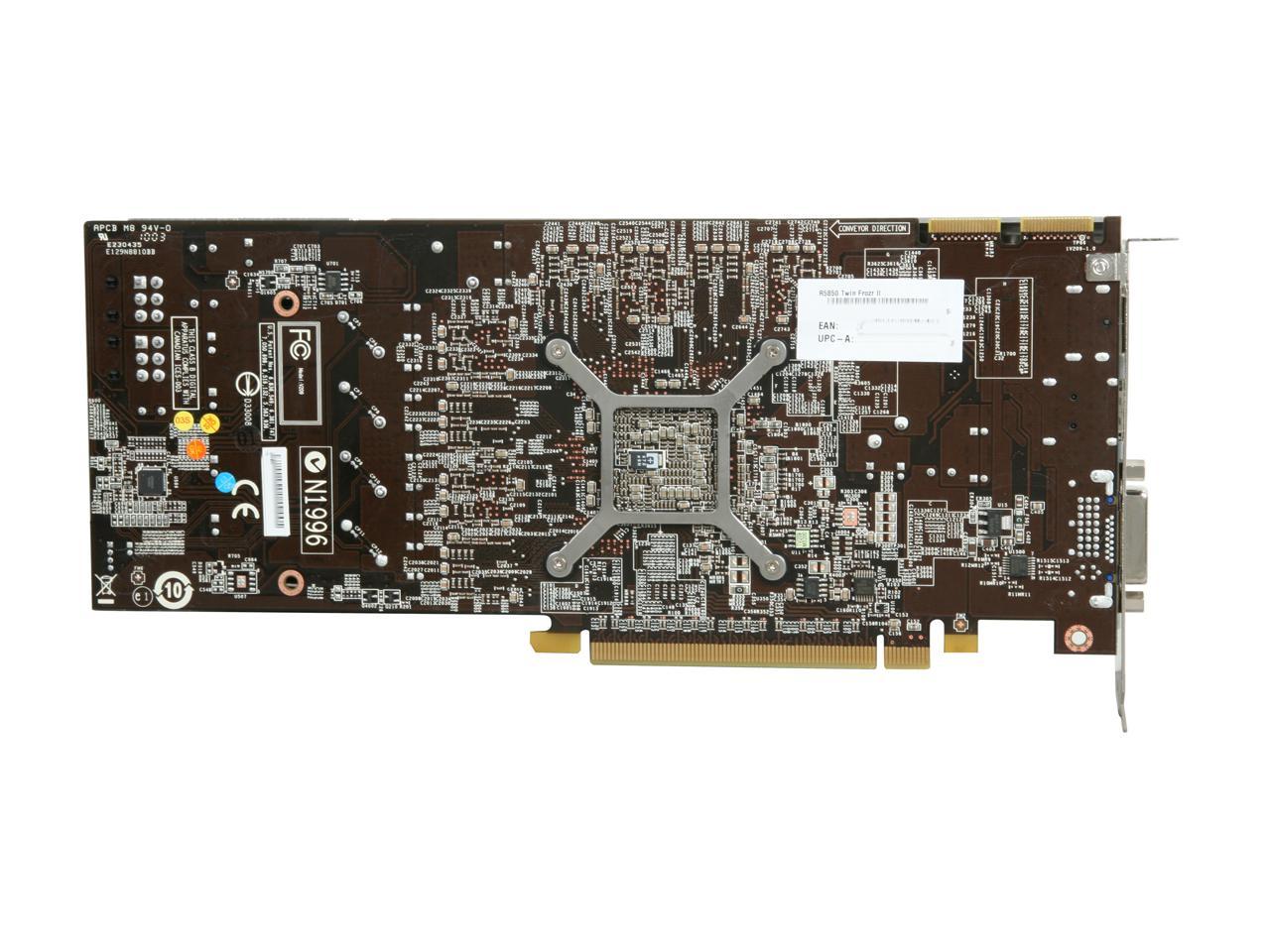 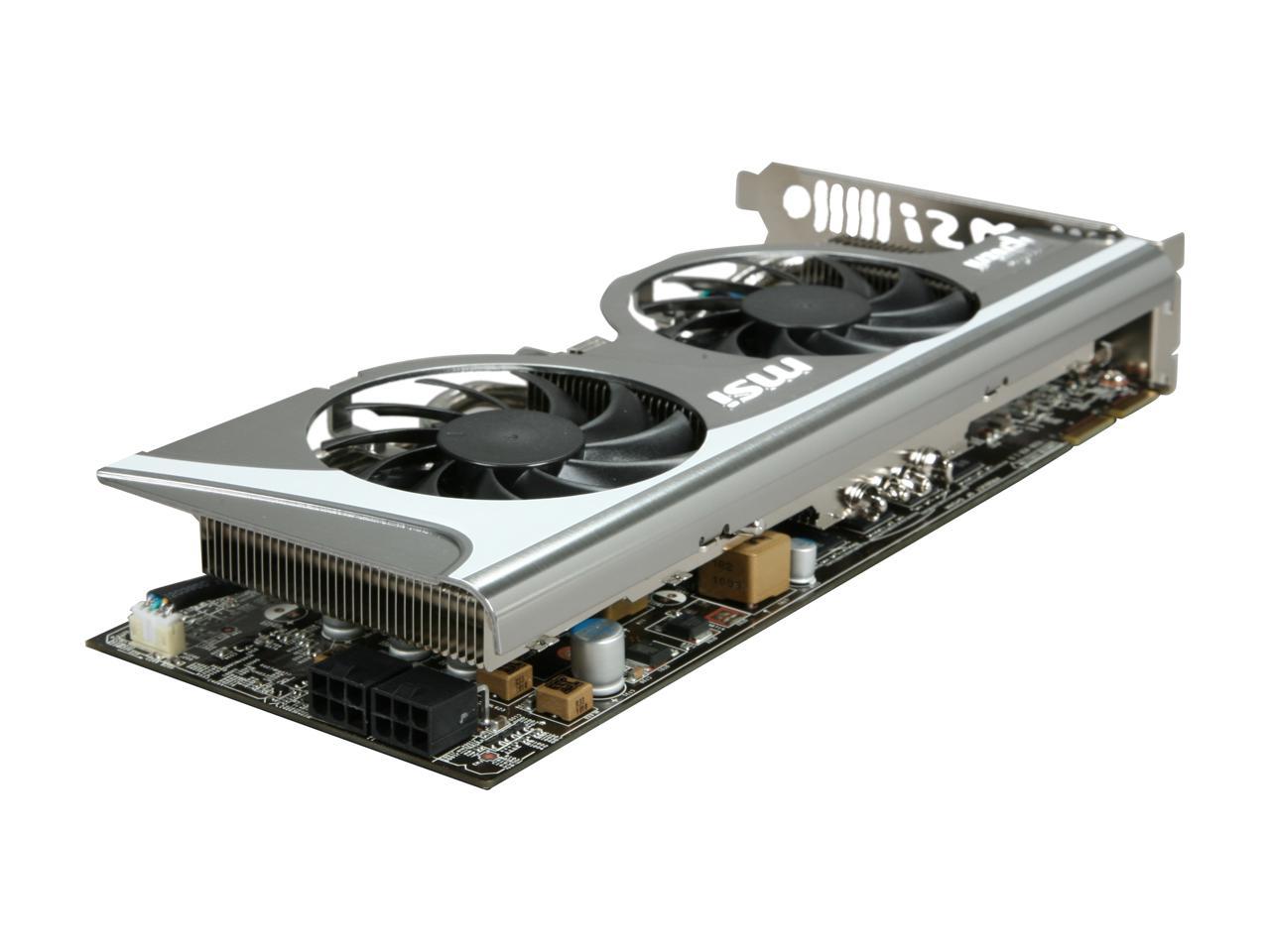 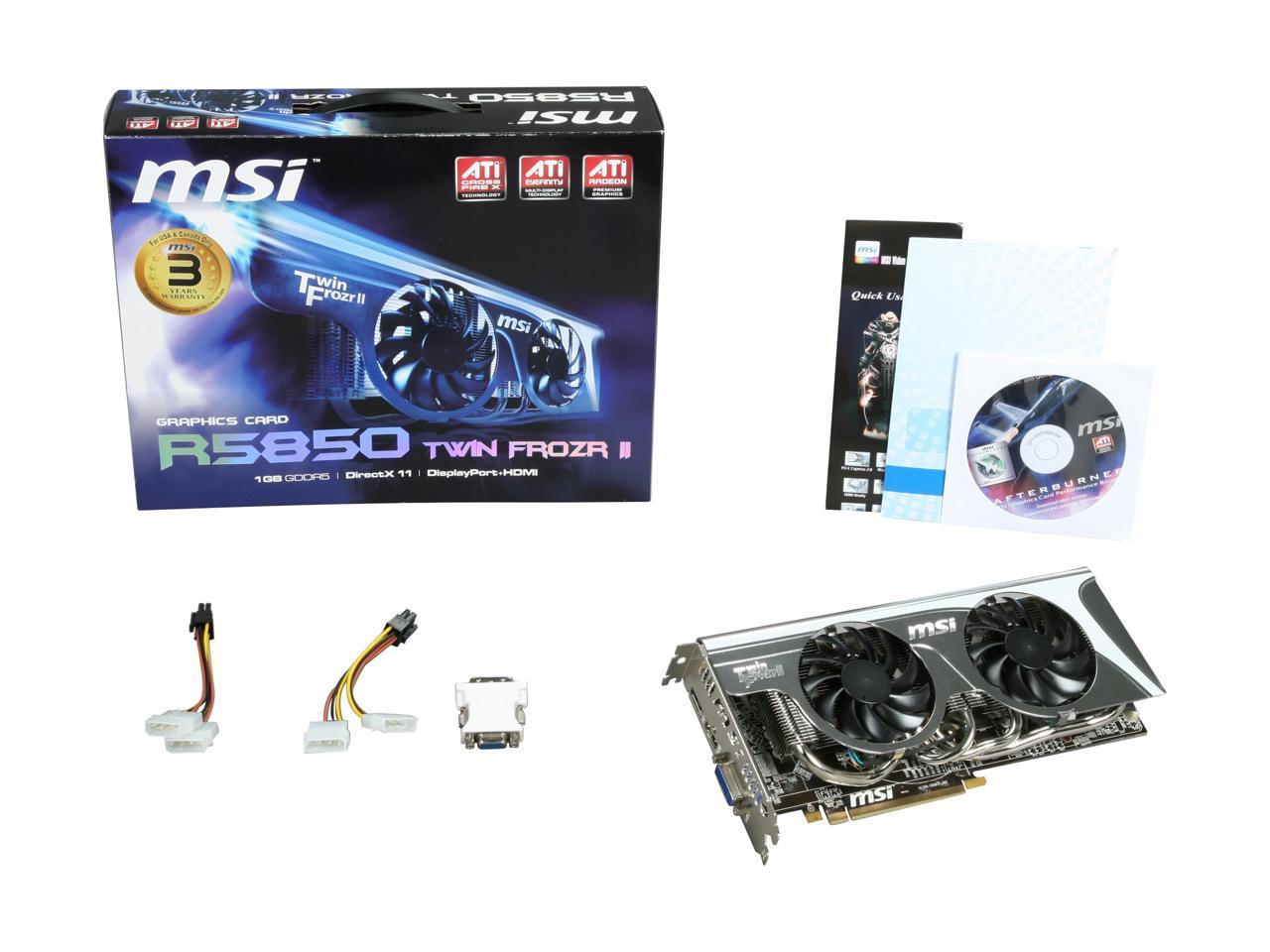 Pros: Quite a nice card. On stock settings the card already performs very well. The card has an open heatsink design, which is not a problem unless you have a case with poor ventilation. The Twin Frozr heatsink appears to work well, especially while overclocked and under heavy loads. Stock temperatures hang around 48 degrees F while under max video load. I gave the card what I consider a standard overclock at 775/1100. Note that no voltage increases were necessary to hit this mark. The card was stable while running various benchmarks, with max temperatures hitting 54 degrees F. Performance gains were approximately 10%. Also with the newest version of Afterburner (1.6.1) you are able to unlock the voltage control to get some serious OC'ing done on this card.

Pros: The cooler is awesome! The card runs nice and cool.

Pros: These cards are faster than the 6850 when overclocked to the same clock speeds. With this cooler and almost 500 more cores this card is faster. These cards are near silent and have built in voltage control. In fact at the same clock speeds, which again they almost Exceed, they are even faster than a 6870. For this price don't buy a 6850 this card is faster once you tweak it.

Cons: Yes I know the 6800 series have more advanced shaders even tho they have less and thats why they can keep up, but this card is faster with the exception Tesselation. So the only con is lower Tesselation than 6800 series cards.

Overall Review: Unreal deal, Once over clocked it will suprass a 6870 and 5870 stock performance.

Pros: it's a 5850... For under $200 after rebates! Probably not going to find another one that cheap until after Thanksgiving. * Works well, overclocks to 775/1125 with no voltage increase required (haven't tried overclocking it more). fans keep it nice and cool, slightly more so than reference model. *Since it has two fans, each larger than the reference model's one fan, this card doesn't make as much noise.

Cons: * lack of shroud - the hot air from using this card just gets blown back into the case, instead of out the back like the reference model. * feels flimsy - although this is not an issue after you install it into your computer, but the PCB bends very easily (also due to the fact that there's no shroud to cover the card). After attaching the two 6-pin power connectors from my PSU and pulling it out of the way for airflow's sake, I noticed that in doing so, I was actually bending the PCB to a slight degree. Nothing of the sort happens with my reference model 5850. * Slightly longer than reference card - Not an issue in my case, but you'd want to take measurements. It's about the same length as a 5870, and since the 6-pin connectors are at the very end of the card and not the side, be sure there's ample clearance for wiring. * Only one DVI-out. If you have two DVI-only monitors make sure you have an HDMI->DVI adapter. * No Crossfire bridge included.

Overall Review: ...this card DOES support voltage change in afterburner contrary to what you might read here or on the web, im currently running 900/1250 @1.183mV rock stable!! and it kicks the fecies outta all he games i have including crisis...dx11 at full specs in lost planet 2 is 60~70fps

Pros: Looks very cool! One of the most attractive looking cards on the market. MSI software suite is by far the best I've ever gotten shipped with a video card, the kind of thing you get from a high quality motherboard manufacturer. Every video card company needs to produce great software with their cards and yet they don't. I will never understand why either, you can buy "great" motherboards for a third of the price of "great" video cards and yet only the motherboards are coming with all the bells and whistles. Card runs extremely cool. Sometimes things *look* like they've got a great cooling design but don't perform like it. This thing is as cool as it looks and the coolest card, with factory cooling, that I've ever had.

Cons: Unstable even at stock speeds. Overclocking is a joke. You can't game for more then a few hours without having a driver crash, artifacts or a blue screen that requires a hard reset of the computer. And that is at stock setting, obviously with overclock it all happens faster and faster. I tried a ridiculous amount of drivers to try to get this thing stable but it just was not happening. I searched around and found out that many others are having this problem. There just seems to be a flawed card from an engineering standpoint. It doesn't run hot (again, extremely cool) and you don't have to over volt it too much either to get what would seem to be a good overclock. I really do not believe that this is a chip problem but MSI has done something to make this card unstable. The 5850 chip is high quality and a great overclocker, from other manufacturers at least.

Overall Review: Just don't buy this card. Get another 5850, it is a great chip, but not from MSI. I will give MSI another chance in the future because I love their software and cooling so much, I hope I do not get burned again but I believe in second chances.

Manufacturer Response:
Dear Valued MSI Customer, We would like to apologize for the issue you have experienced with this particular VGA. Please email me directly via usersupport2@msicomputer.com your VGA's serial number and your complete contact information, subject heading "EAHR5850". I would like to help you get this resolved. Best Regards, User Support MSI Product Support
Adam F.
Ownership: 1 day to 1 week
Verified Owner
1/13/2011 1:53:18 PM

Pros: The Twin Frozr II heatsink on this thing is a beast. Four heatpipes (the two in the middle are standard 6mm heatpipes, the other two on the ends are very large 8mm heatpipes, kind of caught me by surprise as I didn't notice this in the pics when I bought it) and two 80mm fans. The great thing about these Twin Frozr II heatsinks is their versatility. If you want low noise, set the fans at 30% (about 1500RPM) and it will keep temps reasonable, I did some quick testing and the GPU topped out at around 75*C or so while gaming (this was with the GPU undervolted a bit as well, though). Or if you want to feed it more voltage and overclock, ramp up the fan speed and the card won't be nearly as quiet, but it will keep everything very cool and allow you to really push the clocks.

Cons: Unfortunately something was wrong with one of the fans on my card, it was making a "chattering" noise, which is why I knocked off an egg. Otherwise a great product and I'm sure the fans on my replacement card will work fine. Can't really knock the product too much because of this, even with the best quality control duds will slip through the cracks occasionally. I've purchased a couple other MSI cards using this heatsink design and this is the first time I've had an issue like this.

Overall Review: The only thing I dislike is that this heatsink design doesn't exhaust heat out the back of the card. But as long as you have decent case airflow this shouldn't be an issue.

Pros: ATI 5850 one of the best GPU chipsets ever, so far i have not ran into anything that it cant handle. I have played Battlefield Bad Company 2 on maxed out settings nonstop for 5 hours straight after only having it in for under an hour and didnt phase it.

Cons: Yes it has some cons. It says its cooler than reference cards but not so much at max load it hit about 43-45 degrees Celcius. but still manageable i plan to put a waterblock on it anyways. Also it wasnt free.

Overall Review: Havent played with overclocking yet but if i run into any issues i will write another review. Also i saw alot of reviews about not being able to unlock voltage, all you have to do is dowload the newest catalyst driver.