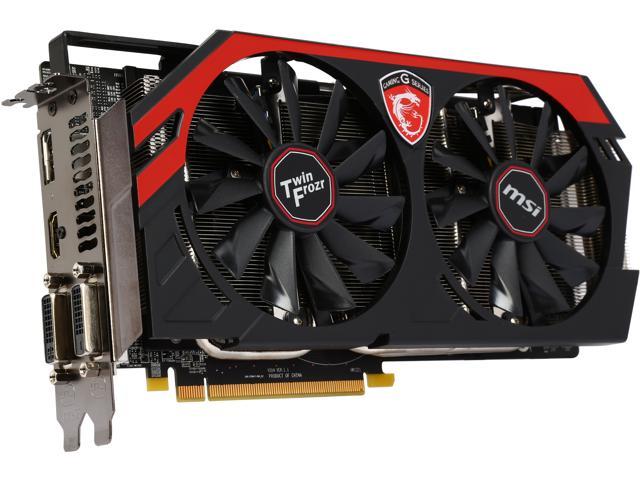 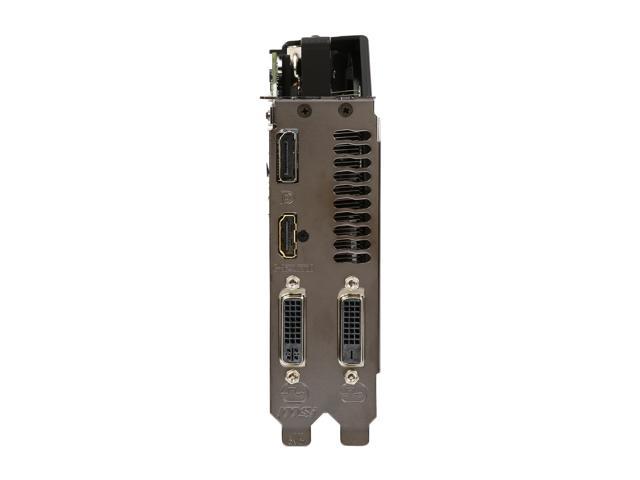 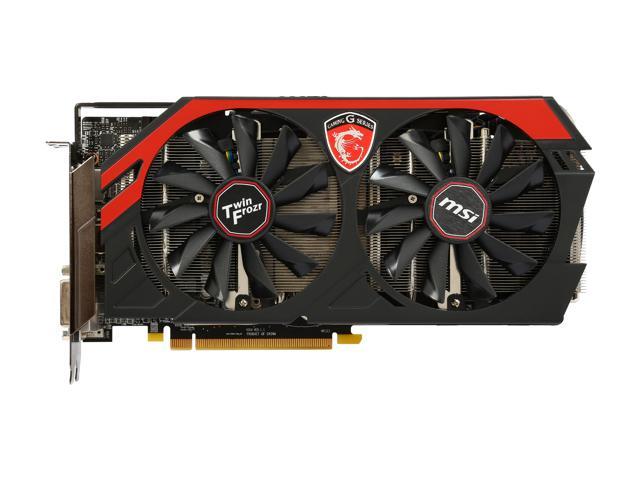 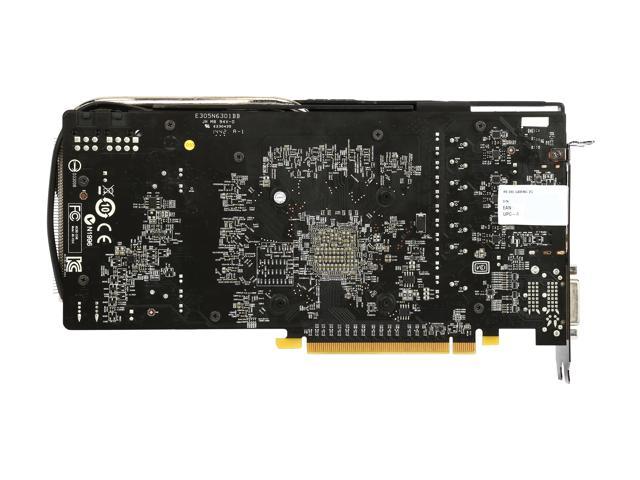 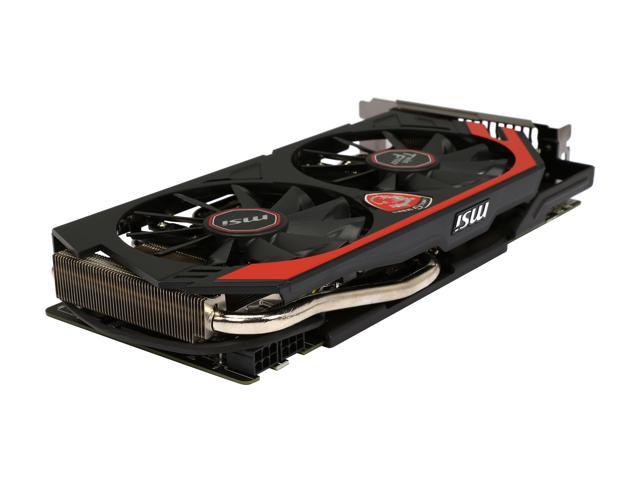 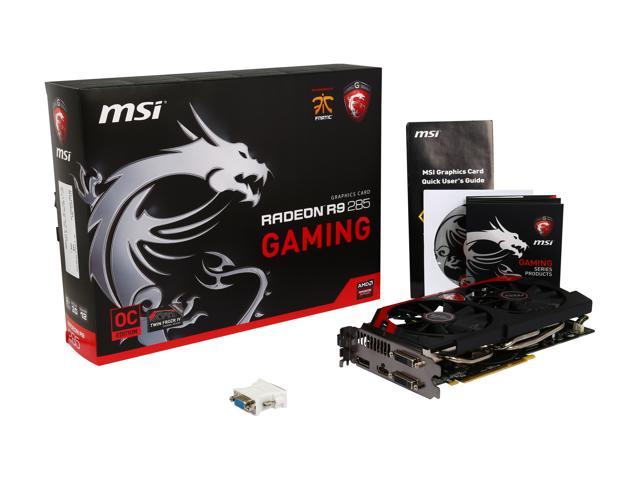 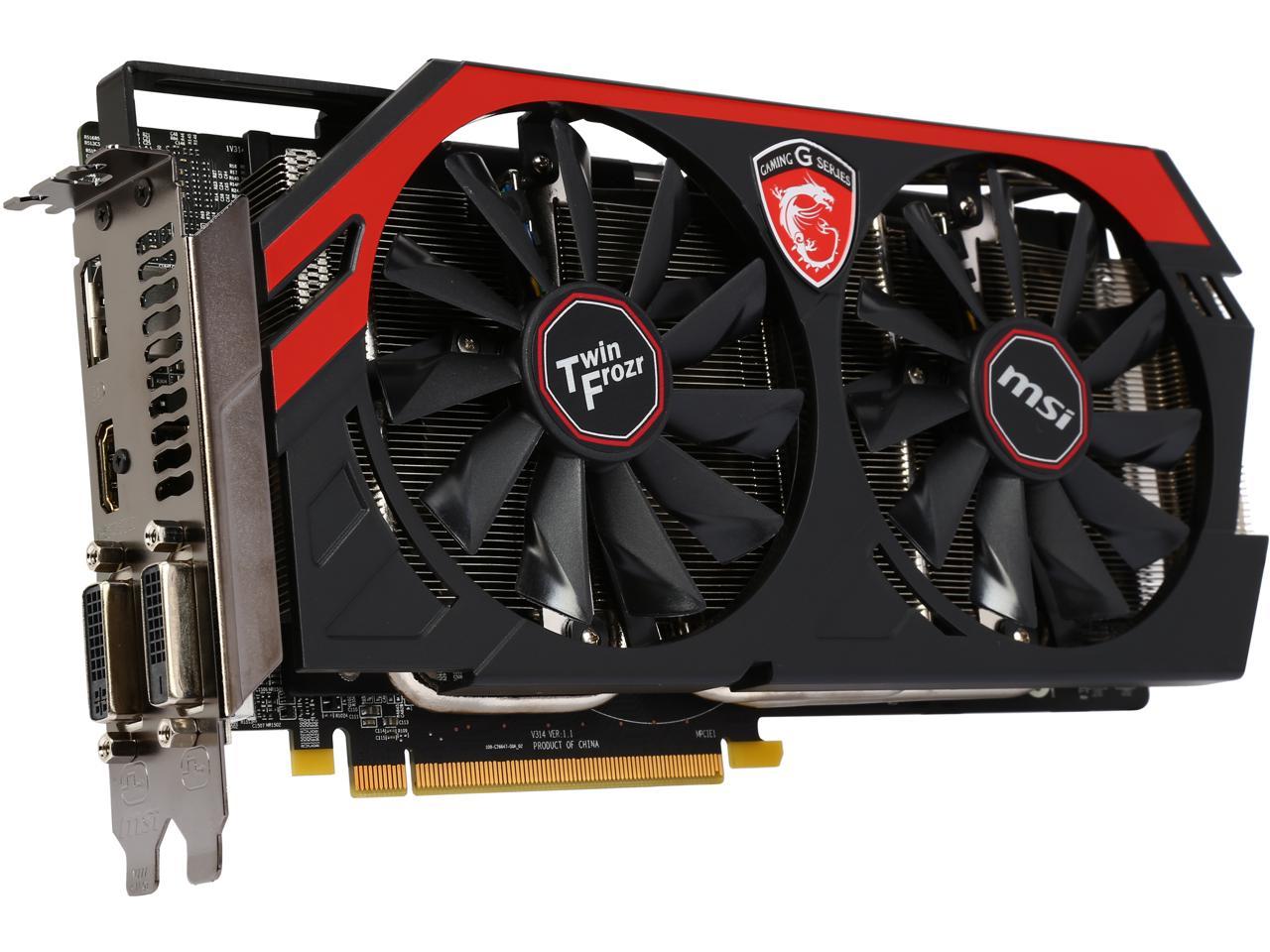 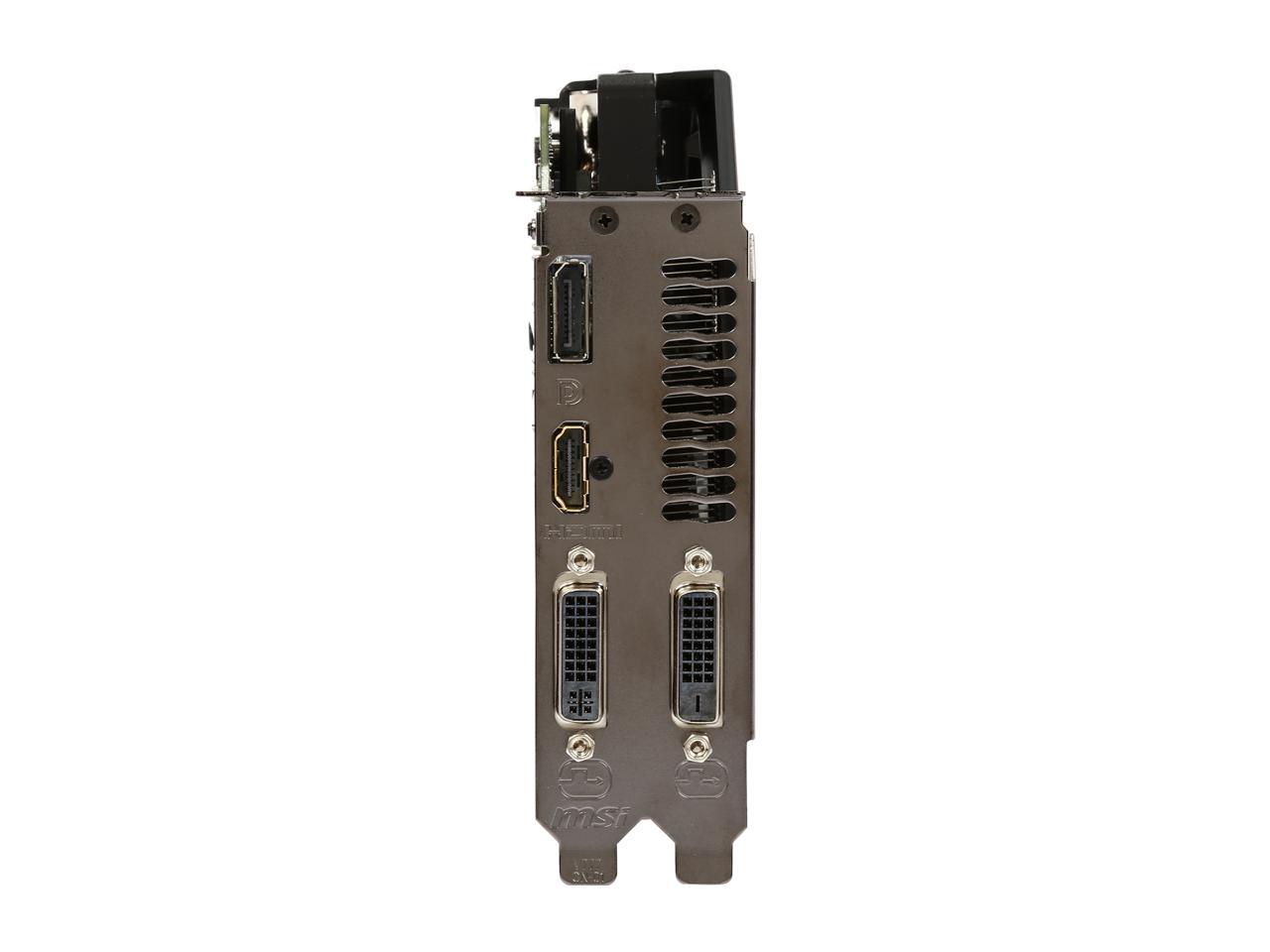 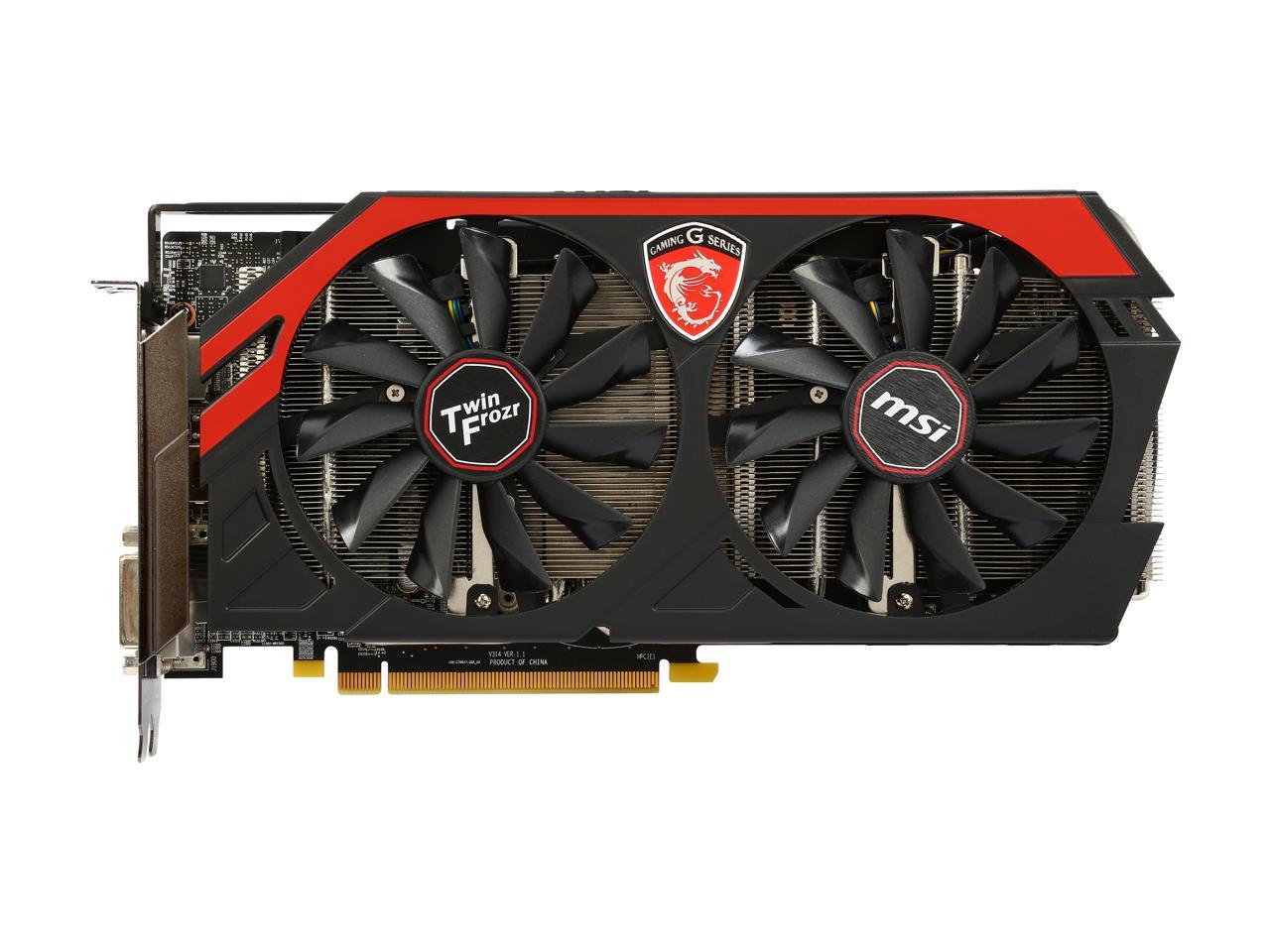 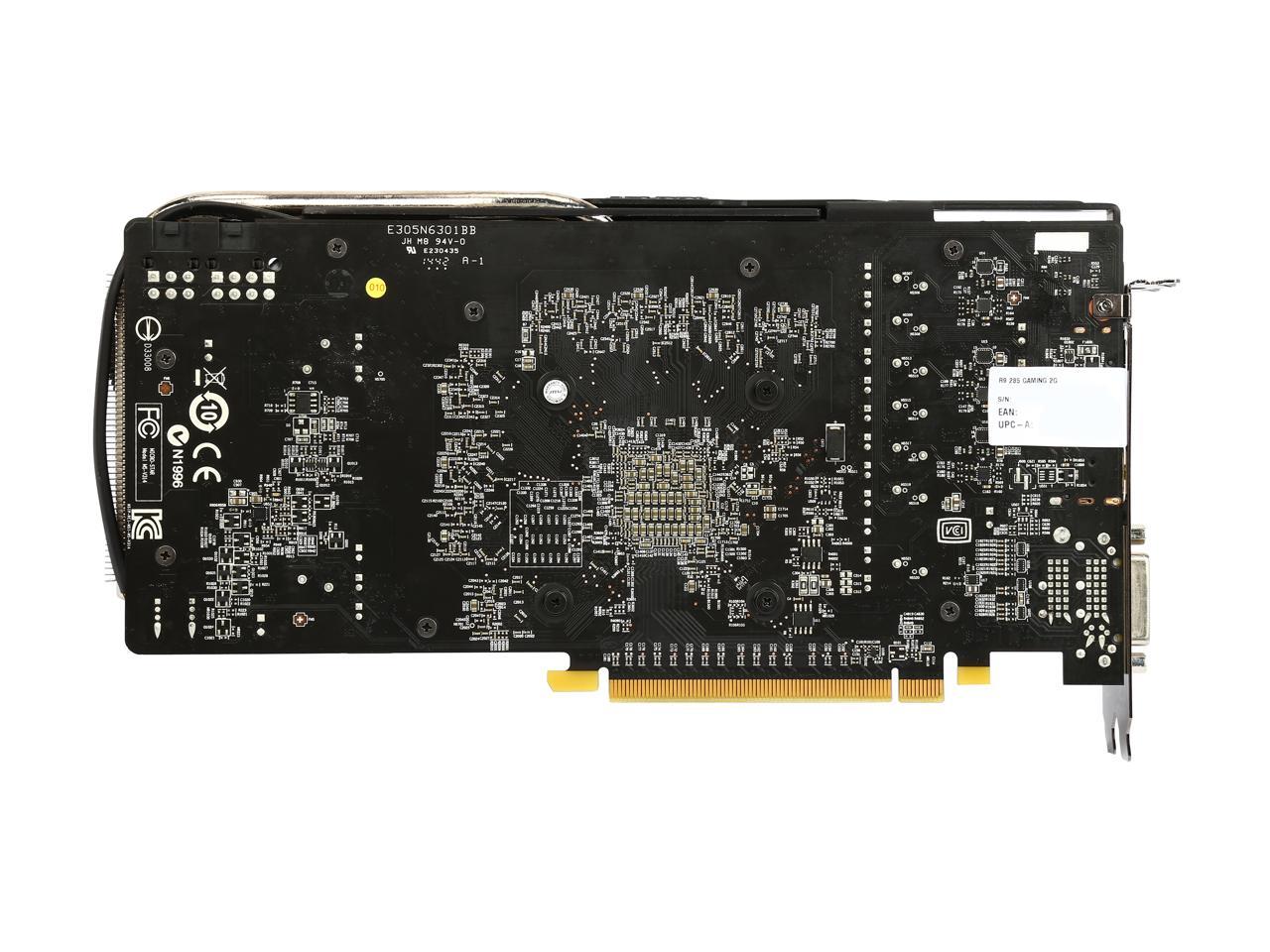 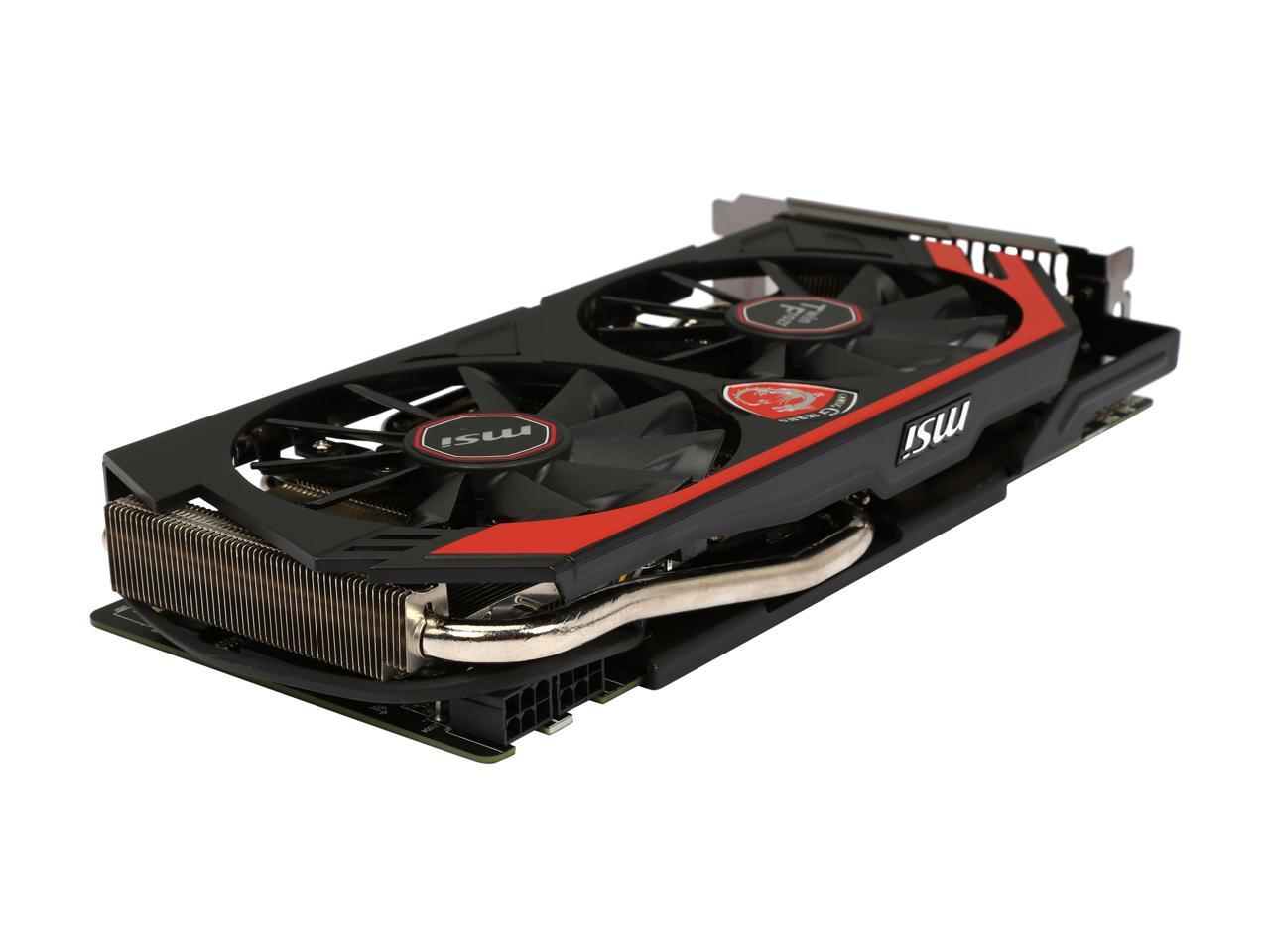 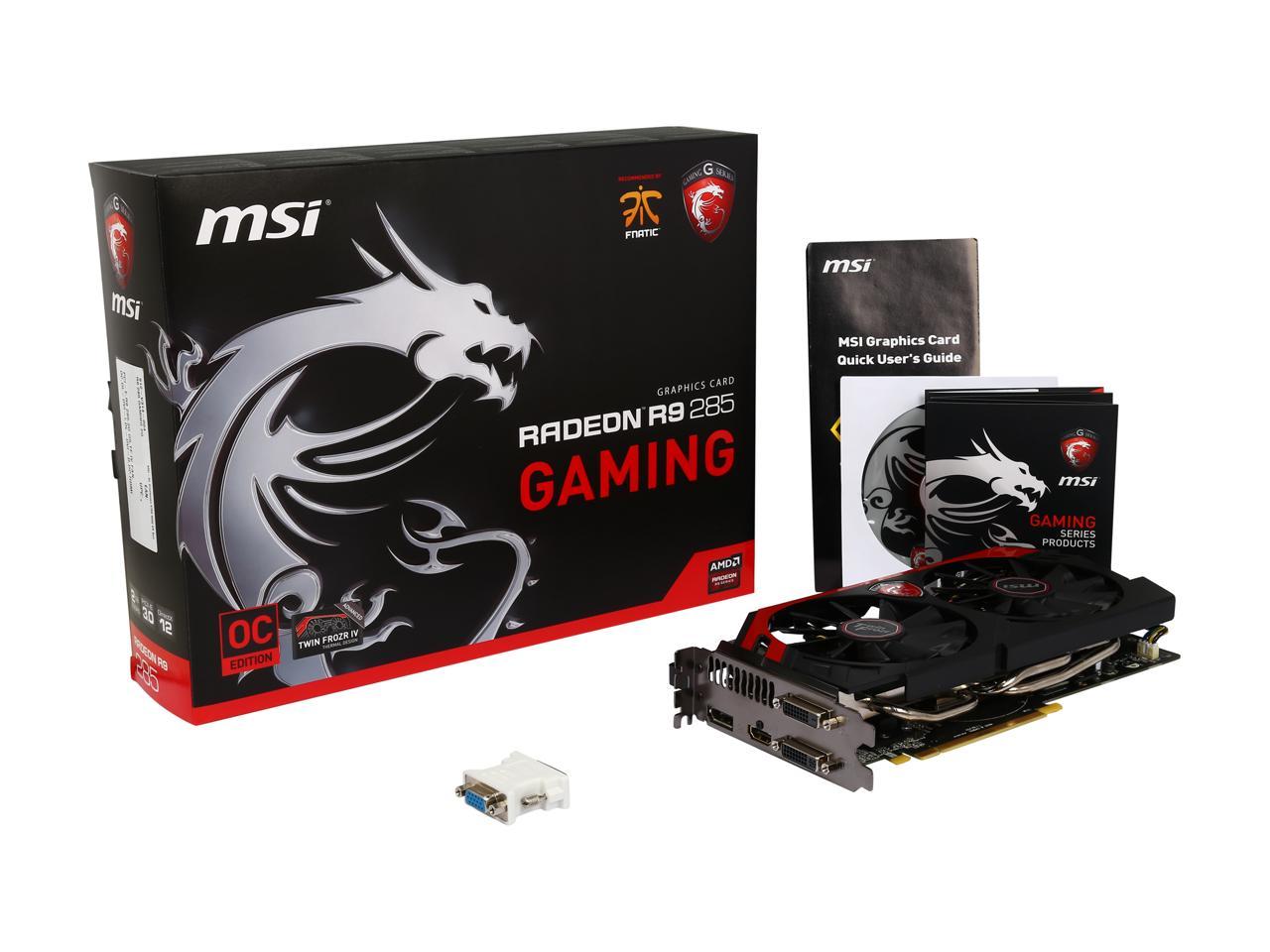 (6) Write a Review
OUT OF STOCK.
LOADING...
Overview
Specs
Reviews

The MSI R9 285 GAMING 2GB is powered by a Radeon R9 285, the latest AMD GPU designed to take your gaming to the next level. Based on AMD 28nm GCN architecture and boasting support for DirectX 11.2, the Radeon R9 285 gives you the power to drive today’s hottest games (and tomorrow’s), keeping you in the fight whatever the circumstances. Three modes – OC Mode, Gaming Mode, and Silent Mode – offer you the flexibility to toggle between better acoustics and performance, depending on the scenario. With Ultra Resolution Gaming, you can leave HD in the dust by gaming on displays much, much larger. Whether using a 4k monitor or combining multiple HD monitors, you’ll get an expansive experience that’s truly out of sight. A rich set of AMD innovative technologies are included, such as App Acceleration, AMD PowerTune, AMD ZeroCore, and AMD HD3D technology. With these technology advancements, you'll get more than one way to elevate your gaming experience.

This MSI Gaming Series comes with top-class components, and an array of performance- and reliability-enhancing technologies, making it the ultimate choice for Ultra HD gaming.

Pros: Playing on 1080p with an AMD 7850k cpu overclocked to 4.2Ghz feels very smooth and I experience no lag. The games I've played on so far are Evolve, Endless Legend, Civ BE, and Battlefield 4 all of them on Ultra! Since its has Mantle/DirectX 12 support this card will be ready for future games. Also this video card is quite so that's a plus!

Cons: 2GB might not be enough for upcoming games but besides that its an awesome card.

Overall Review: I bought this card because I wanted something that play well on 1080p on full settings and has the latest technology. I was debating on which card to get. I was thinking this card or the Nvidia 960 card. But Since I don't have the most powerful CPU and most of the games I like to play supports Mantle, the R9 285 was a no brainer and so far from my experience with this card you can't go wrong with this. Happy Customer :)

Cons: None So Far. Its a big card, so plan accordingly.

Cons: - Gets a bit hot when playing games in a not so well ventilated case. - Not that MSI is to blame on this, but AMD's drivers are frustrating. Had to re-install due to no games working. - MSI Afterburner worked flawlessly for my last card, GTX460Cyclone, but with this card, it would freeze up my computer... really aggravated me, but whatever.

Overall Review: Coming from Nvidia, this card does impress me on games, however; I will more then likely go back to Nvidia on my next card purchase, this came in a prebuild system so i had no choice. Iv always liked MSI products and the driver issues mixed with the Afterburner software fouling up wont turn me off of MSI. The guy with the last review about the rebate issue, sounds like that would tick me off too, but 1 star??? I dont think this card deserves a 1 star... anywho, happy shopping!

Pros: This video card is constantly surprising me with its ability to play games at high resolutions and remain quiet and cool. For the price this is a great choice

Cons: Sent in rebate with correct info. Rebate rejected saying wrong proof label sent in. MSI web site pictures show processed with proof from an ASUS Router! Someone replaced my proof or mishandled it since I own NO ASUS routers -- and I could get nothing done about it. Don't buy MSI.

Overall Review: I hate to be so negative, but there obviously was an MSI problem here and I hate it when no one even tries to resolve a problem.

0 out of 9 people found this review helpful. Did you?
Manufacturer Response:
Dear Valued Customer, We apologize for the issues that you are having with the rebate process. Rebate must be completed through http://msi.4myrebate.com/. Rebate is processed by a third party and you can contact them directly at 1-800-286-9146 and they will be more than happy to resolve this for you. Please have your rebate information ready when you call. If you still have any issues with the rebate center, then please let us know at usreview@msi.com and we will see what we can do for you as well. Thank you. Best Regards, MSI Review Team | usreview@msi.com