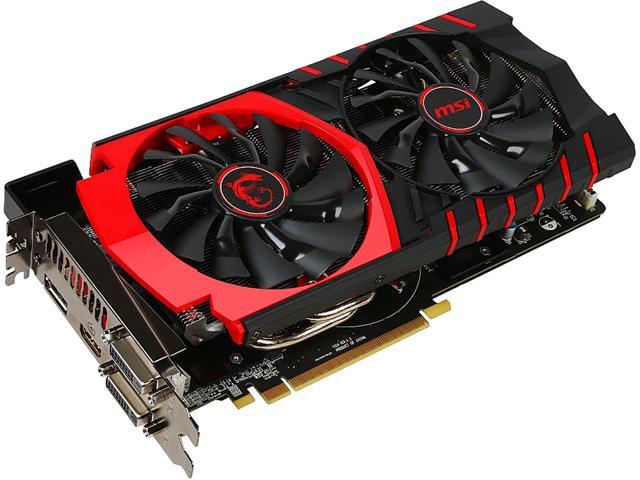 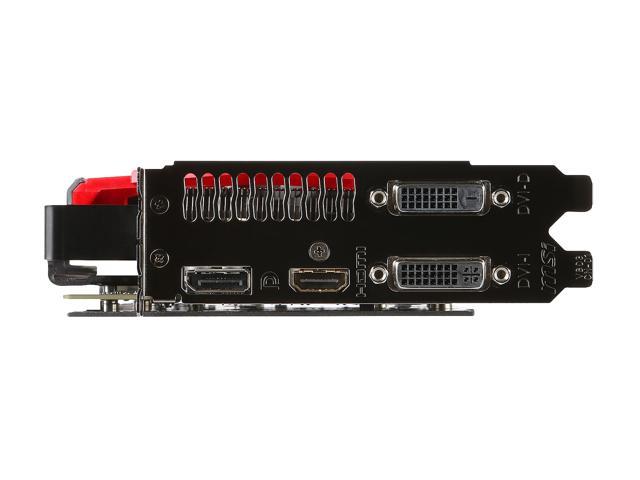 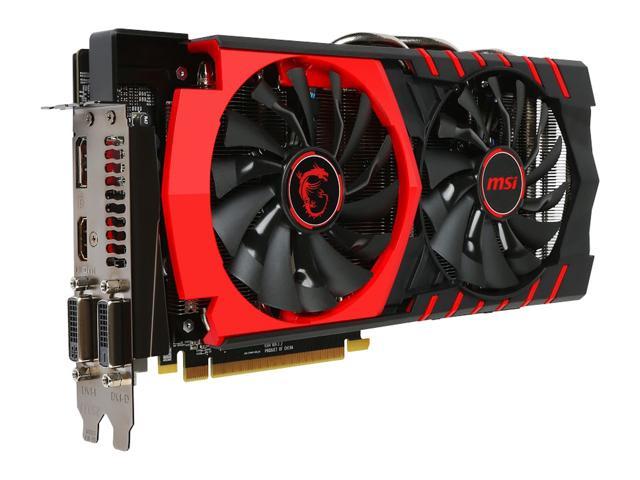 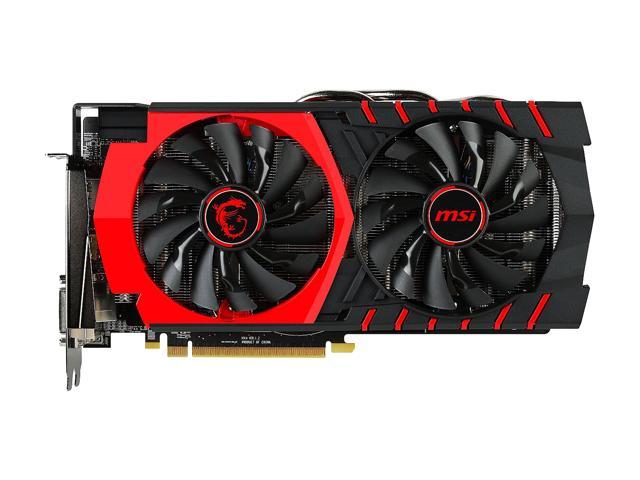 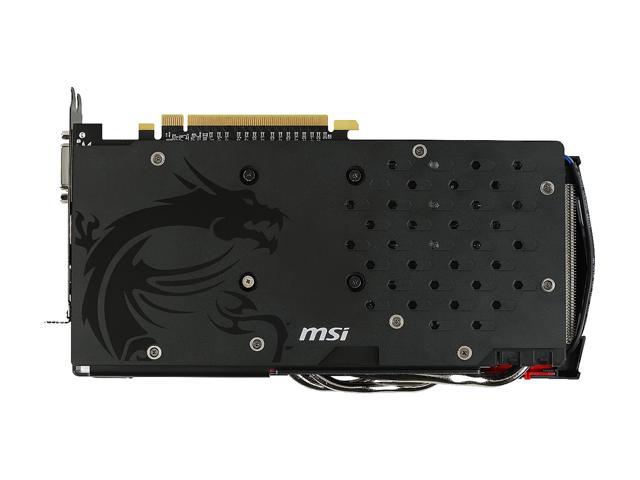 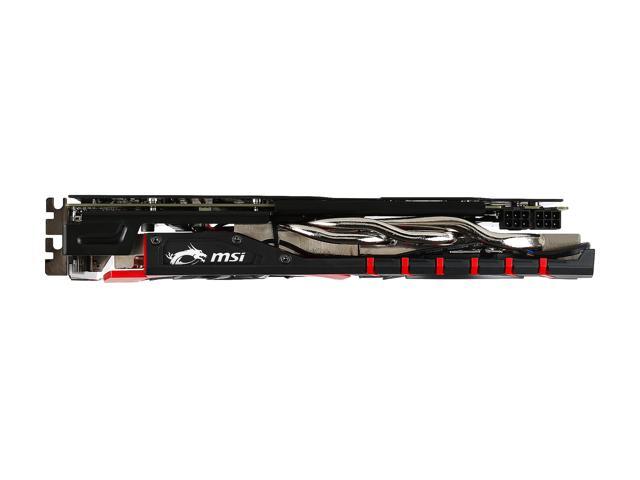 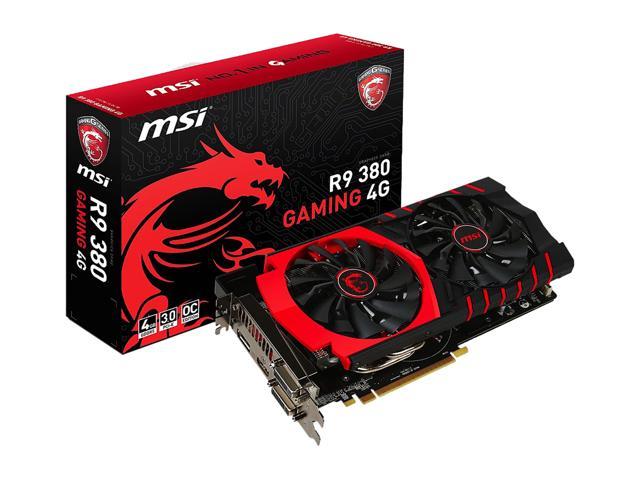 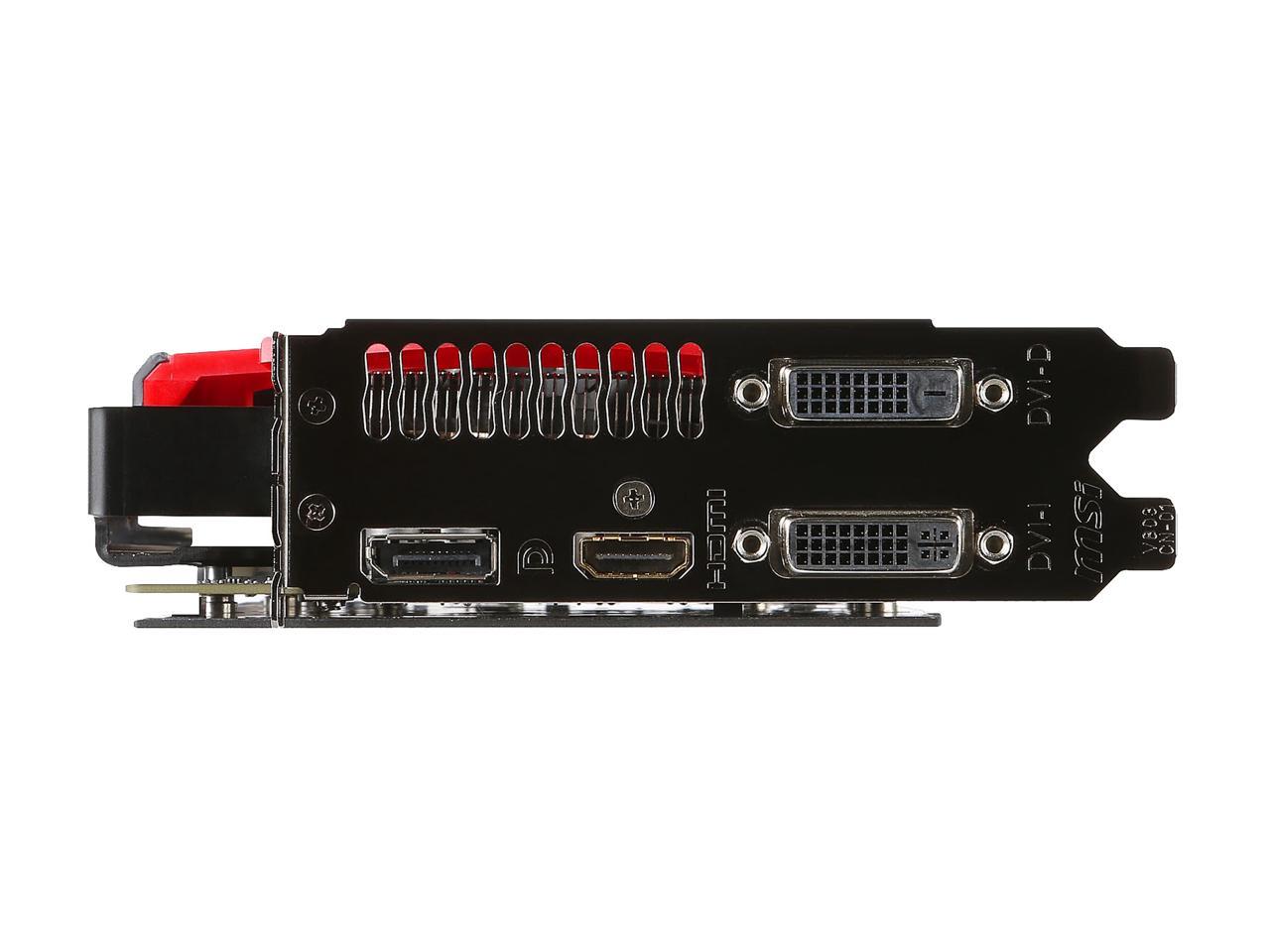 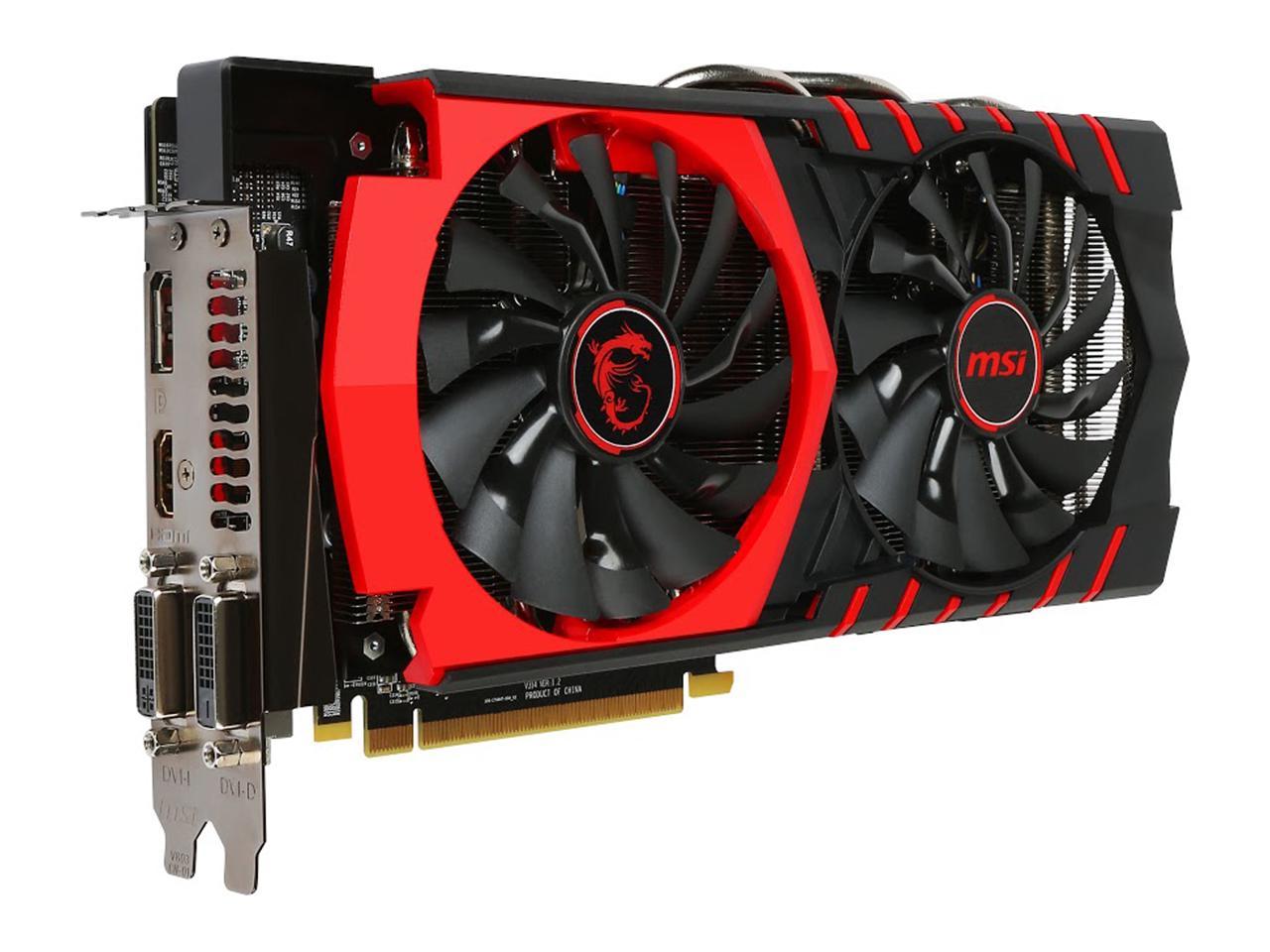 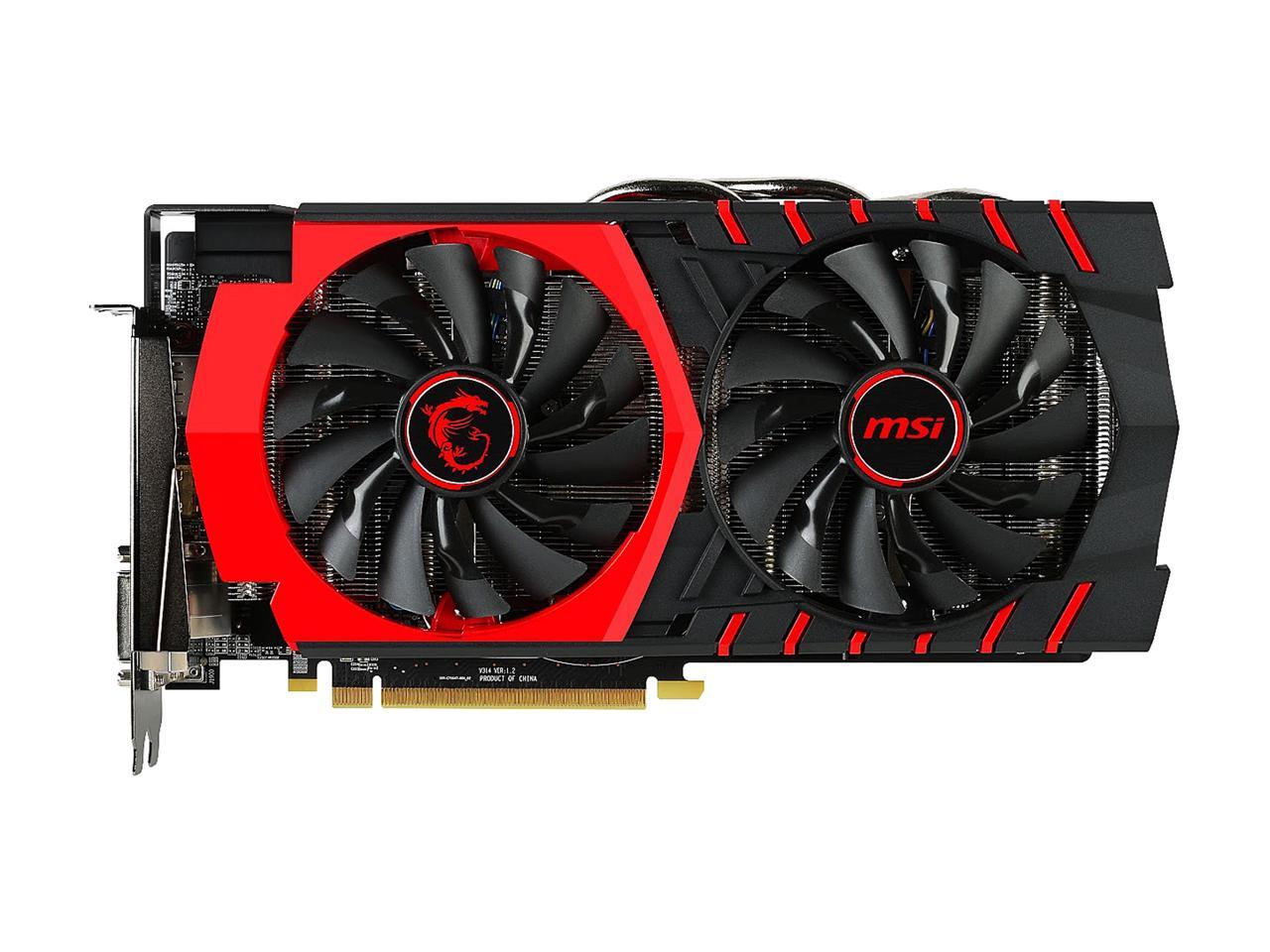 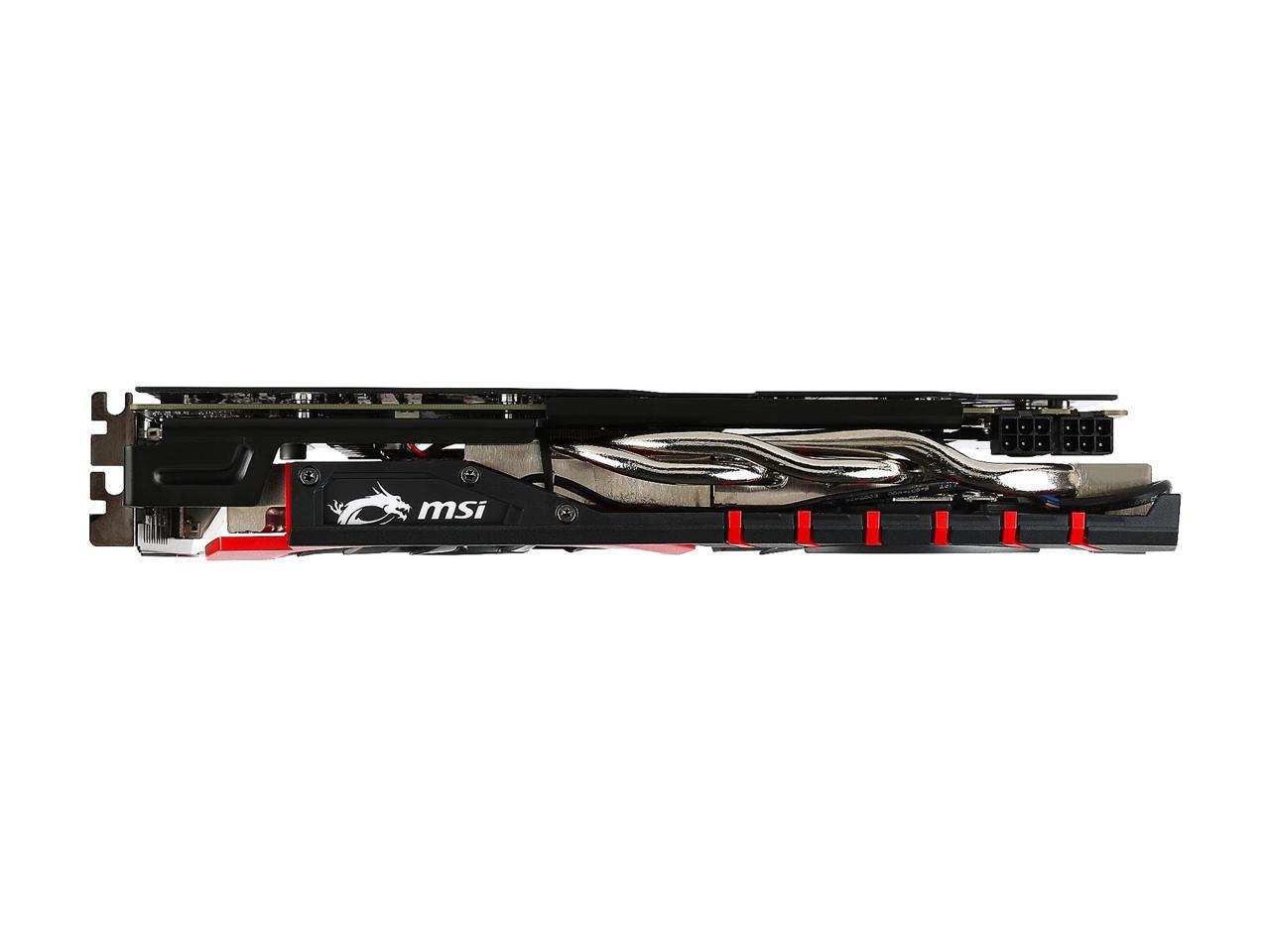 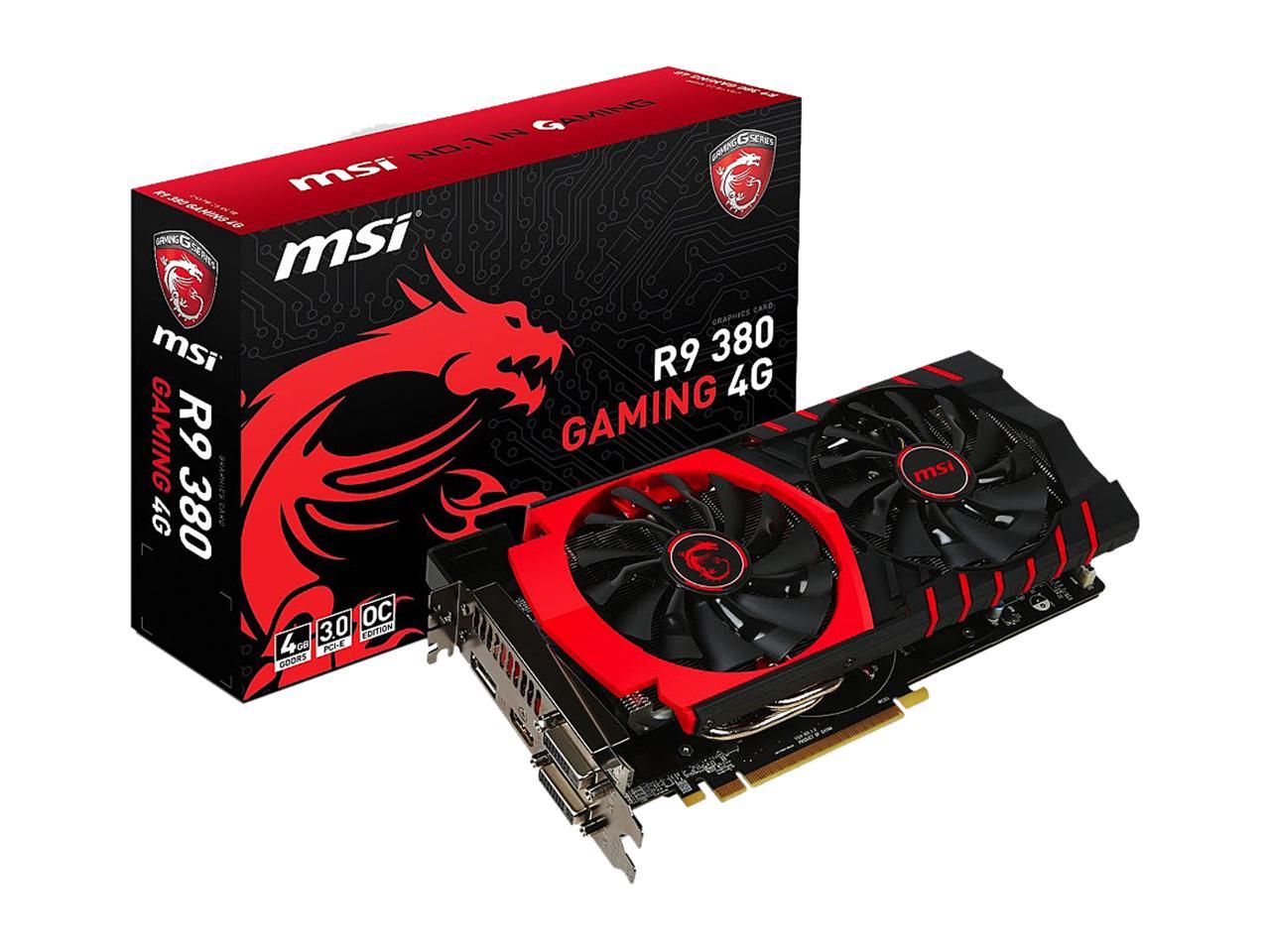 Maximizes downwards airflow and air dispersion to the massive heat sink below them. Smart cooling, stay quiet.
MSI’s Twin Frozr V Thermal Designs are equipped with ZeroFrozr technology which was first introduced by MSI back in 2008. ZeroFrozr technology eliminates fan noise in low-load situations by stopping the fans when they are not needed. Compared to other graphics cards, there is no continuous hum of airflow to tell you there’s a powerful graphics card in your gaming rig. This means you can focus on gaming without the distraction of other sounds coming from your PC. MSI GAMING Graphics Cards give you more performance out of the box. Whether you use the card pre-overclocked or use the Gaming App to use its full potential, you can just get right into the game and enjoy sublime performance. Overclocking through the MSI Gaming App is covered by warranty to take away your worries. Get in there and start winning! MSI Afterburner is world’s favorite cross-vendor GPU overclocking tool. The easy interface gives access to the most detailed information about your graphics card and allows for tinkering with pretty much anything available on your graphics card. WANT TO SHOW OFF YOUR SKILLS OR JUST MAKE A FUN GAMING VIDEO FOR YOUR FRIENDS?

It's simple, easy to use and ideal for sharing your gameplay with friends, family or the world - Or for capturing those perfect gaming moments, just for the heck of it. MSI’s Hi-c CAPs are tiny, and super-efficient capacitors. Their small footprint allows the installation of heat sinks and their high efficiency (93%) actually reduces the total thermal footprint of the card.

Super Ferrite Chokes use a Ferrite core that is Super-Permeable. This allows the Super Ferrite Chokes to run at a 35 degree Celsius lower temperature, have a 30% higher current capacity, a 20% improvement in power efficiency and better overclocking power stability.

With their aluminum core design, Solid CAP's have been a staple in high-end design mainboard designs and provides lower Equivalent Series Resistance (ESR) as well as its over-10-year lifespan.

Pros: Stepping up from a Nvidia GTX 560Ti to this R9 380 4GB, is a world of difference. I have always been an Nvidia user just because i consider them better and Drivers are of major importance to me.I went AMD route this time because for $200 this was the best bang for my buck and i was not afraid to try AMD this time. This car idles at 40C and max ive seen playing games is constant 70-72C i currently have it overclocked to 1080Mhz and 5000Mhz memory, this was the max i got it too, any more and it would crash in games and Fire strike benchmark. Games i currently play: at 1920x1080 Ark Survival Evolved: everything maxed idles around 19-25fps The Witcher: Everthing max with Nvidia hairworks OFF and it idles around 30-35fps The Evil Within: everything max 60+ fps I honestly do not know where people are getting 60+ fps on games like the witcher, unless they turn off AA, because mines is on and i never get to 40fps. All in All MSI has given me a pretty sweet product, it's box presentation is really really nice and i am very pleased with the overall product and build quality.

Pros: It may be dubbed "LE" (Light Edition), but it's anything but. The card can easily be brought up to spec simply by using AMD overdrive, and it easily goes beyond those speeds. With this card, I am yet to come across a game that I can't run at 1080p with High/Max settings. Also, it must be said, the fans are VERY quiet. Supposedly, the fans are supposed to turn completely off at low load (might require MSi's own software, which I don't use) and, while I haven't had the fans turn completely off, they are so quiet that I can't hear them anyways.

Cons: This card is HUGE. If not for getting a new case, no way this would have fit in my old tower. The thickness is fairly normal, but this cars is quite wide and VERY long.

Overall Review: For the money, this is a perfect mid-level card that is still perfectly capable of handling anything thrown at it.

Pros: This card stays cool, mine has been running all night at full load and has stayed at 62 degrees c, It is quiet i cant even hear it at it's loudest when i have my earbuds in with no sound. It has lots of power.

Cons: There is some bloat ware that comes with this card, but thankfully it is optional, the bloat ware will slow the graphics card down a good deal.

Overall Review: This is the best card i have ever owned it makes gaming at ultra (1080p) so easy, and was a breeze to install, and just be cause this is the "low energy" version of the card don't let it fool you it is still a power house.

Pros: This thing is fast. Very little slow down with Dead Rising 3 on highest settings and I am about to put it through some other monster games, like GTA V and the new Metal Gear Solid. I got it for gaming but its very snappy and I kinda like the Windows 10 interface, just need to get used to it.

Cons: No cons thus far. A few loading screens on DR3 were flashing but once it loaded it was beautiful on FULL settings and ran VERY smooth paired with an AMD FX-8320 VIII (8) Core Vishera. NO CONS.

Pros: The card is well build, well packed and aesthetically pleasing. Card is running cool, just 3-4 C above my case temp because I programmed the fans to kick in above 40C. When under full load I've seen max of 61 during continuous gaming, but that because I need to replace one of my NZXT fans that came with the case, quiet but only 50CFM, new fan is on the way which will bring down case temp and consequently the GPU/CPU temps. Already overclocked it at 1060 Mhz GPU and 6200 Mhz (1575 x4) Memory. After the R9 380 Sapphire OC edition (see review) came defective I opted out for MSI. Comparing the packing of the two Sapphire is something you get for refurbished product, MSI retail nicely packed (manual was torn but nothing in there anyway). Don't get me wrong Sapphire are great cards too. Just tuned the fans at 100% and they are loud but not as loud as the Sapphire, but louder than 7850. This is not important though, unless you are playing in 90F room temperature the fan should never go there.

Cons: Not really a con but the card has higher TPD than my old 7850, although lower than its older brother R9 285. So sufficient case cooling is recommended to prolong the longevity of your components. Lighting logo is nice, but we all know what would be nicer... Ability to change colors and program it to fit the case lightning. I would gladly pay $10 extra. Not taking an egg of since most other models have no lightning. Also the control for the light should be integrated in the Afterburner software not in a separate app that runs concurrently.

Overall Review: MSI do not call your products "light edition" when they are as good as the rest of R9 380 cards. If some one in marketing department thought will be a good idea to target "budget" shoppers...well it is not trust me. I have old 600W PSU with only 36 Amps on the 12V rail, but I guess is good enough for this card and my APU even in OC mode. Speaking of CPUs I notice a little bit of bottlenecking on Fallout 4, and more so on FarCry 4, but first one is on SSD second one it is not, which could also makes the game seems more sluggish.

Pros: (For testing I used The Elder Scrolls V: Skyrim with a very demanding enb preset.) Functionality: (Performance) - Runs extremely cool, highest temperature I have seen so far is 64 degrees centigrade. - Runs very smoothly, frame rates are much less erratic when spinning, moving and loading new areas in-game. - Frame rates themselves are very pleasing when you consider the price point of this card. (28- 46fps) - SO QUIET, the fans literally do not spin and the card idles around 30-34 degrees centigrade. Aesthetics: (Looks) While these pictures do it no justice; MSI did a very good job designing it. The angular nature of the shroud accented with the curvature of the heat pipes makes this card tastefully appealing to the eyes. Also the back plate is a thumbs up!

Cons: I was a little upset the card didn't come with a case badge, at least in the LE model it doesn't. oh well :P

Overall Review: All in all I would definitely recommend this product to anyone considering buying a graphics card for around $200.

Pros: - Runs most games smoothly at 1080p. - Very quiet due to the fans turning off when not under heavy load. - Back plate keeps the card straight.

Cons: - A bit big. - Gets too hot at times. - Not much room for overclocking.

Overall Review: I bought this to replace the garbage R7 260X that I had, and this is one awesome upgrade. Unfortunately, this card is unable to make me breakfast in the morning (although I suppose you could cook an egg on the backplate that gets pretty hot). It runs games like Battlefield 4 and Doom at high-ultra settings @ 40-60 frames-per-second (I'm not sure if it goes higher, since my monitors are 60 Hz).