OUT OF STOCK
Sold and shipped by: Premier Premier 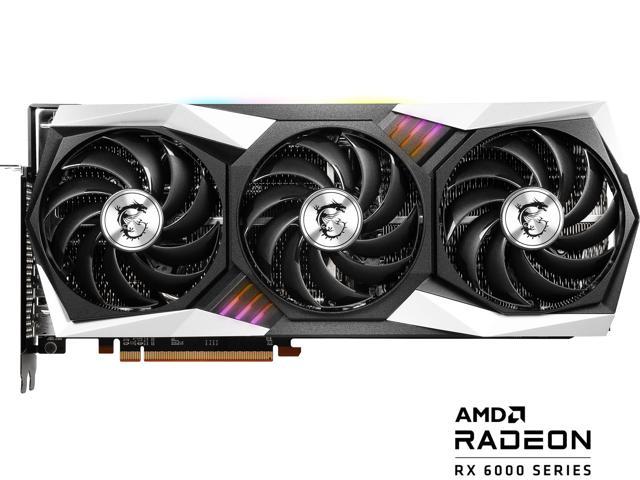 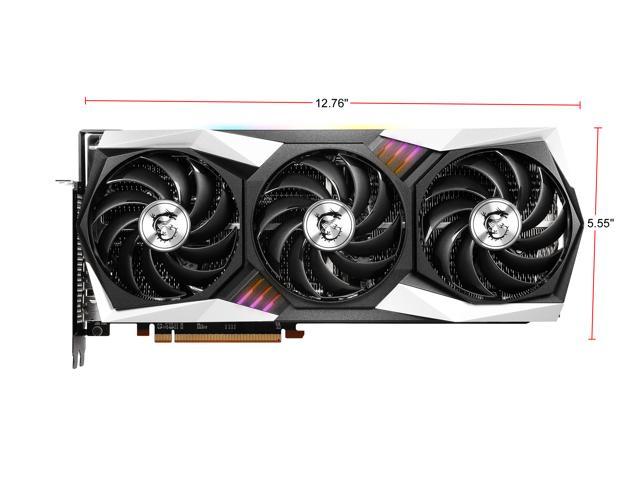 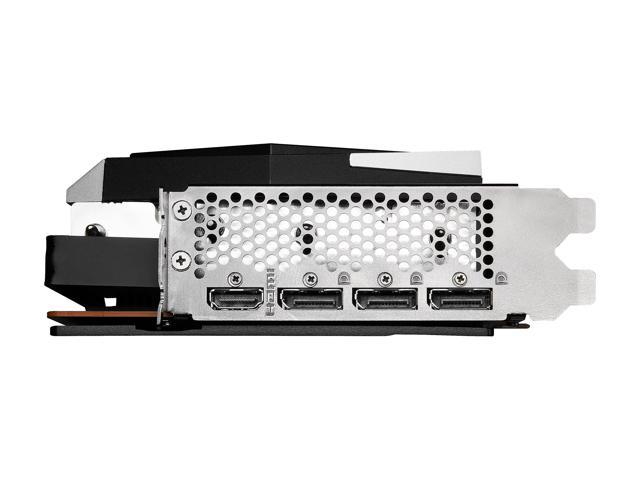 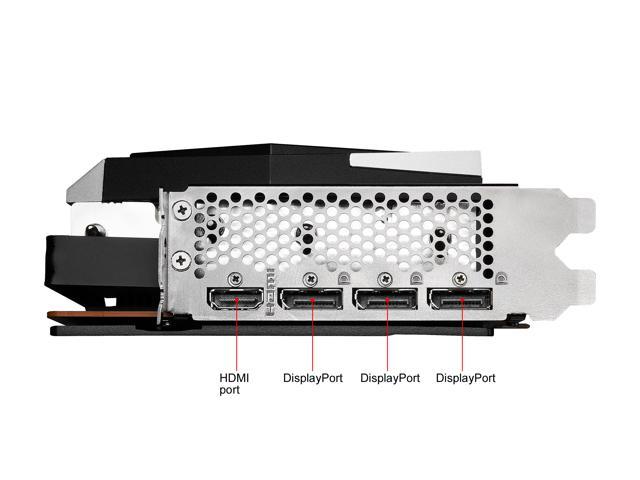 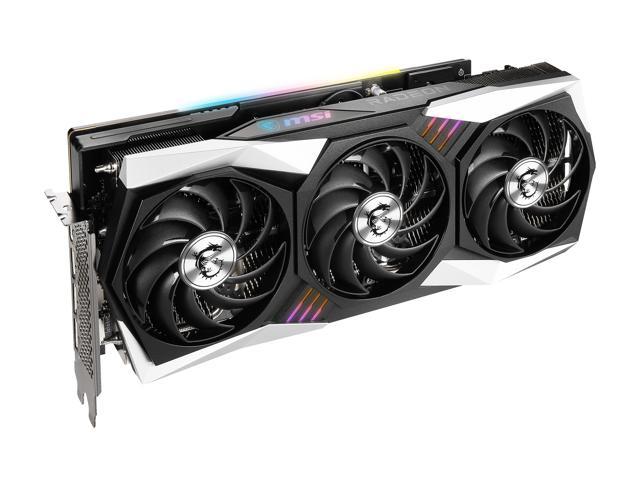 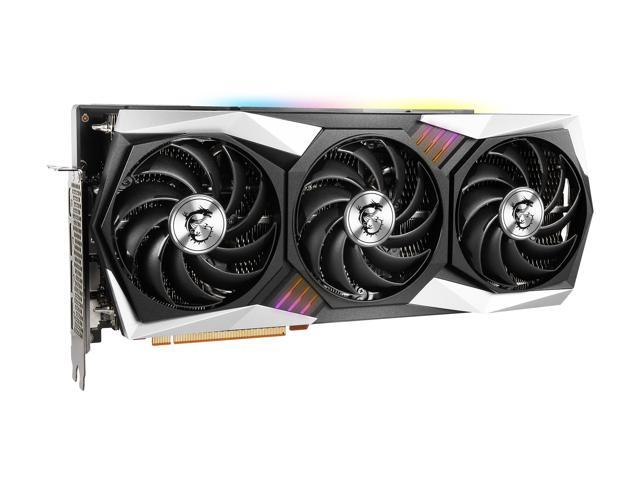 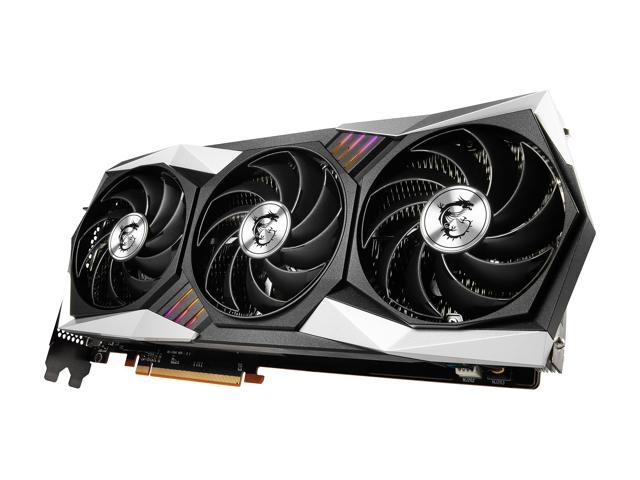 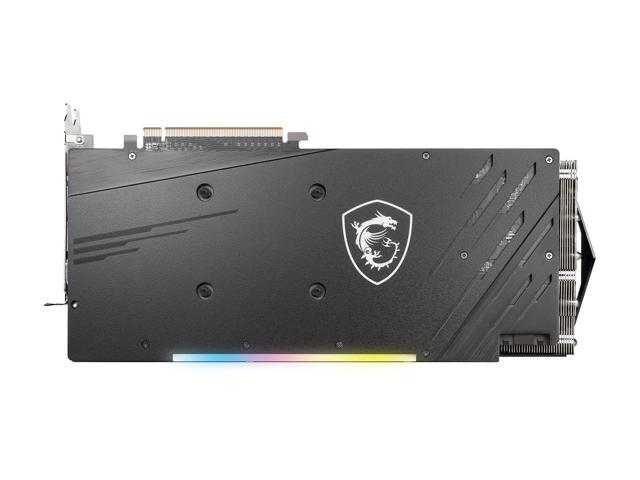 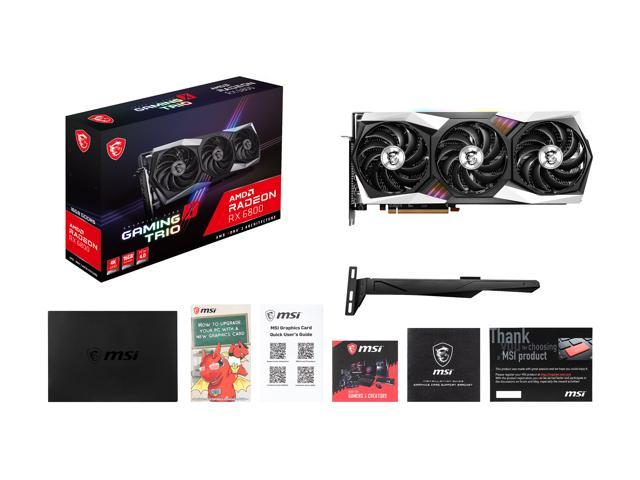 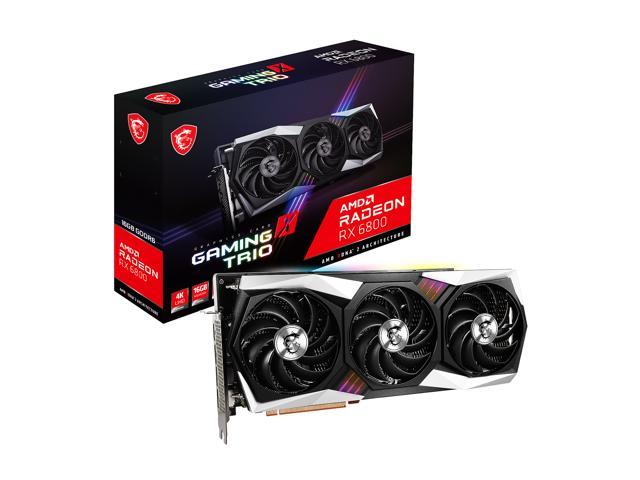 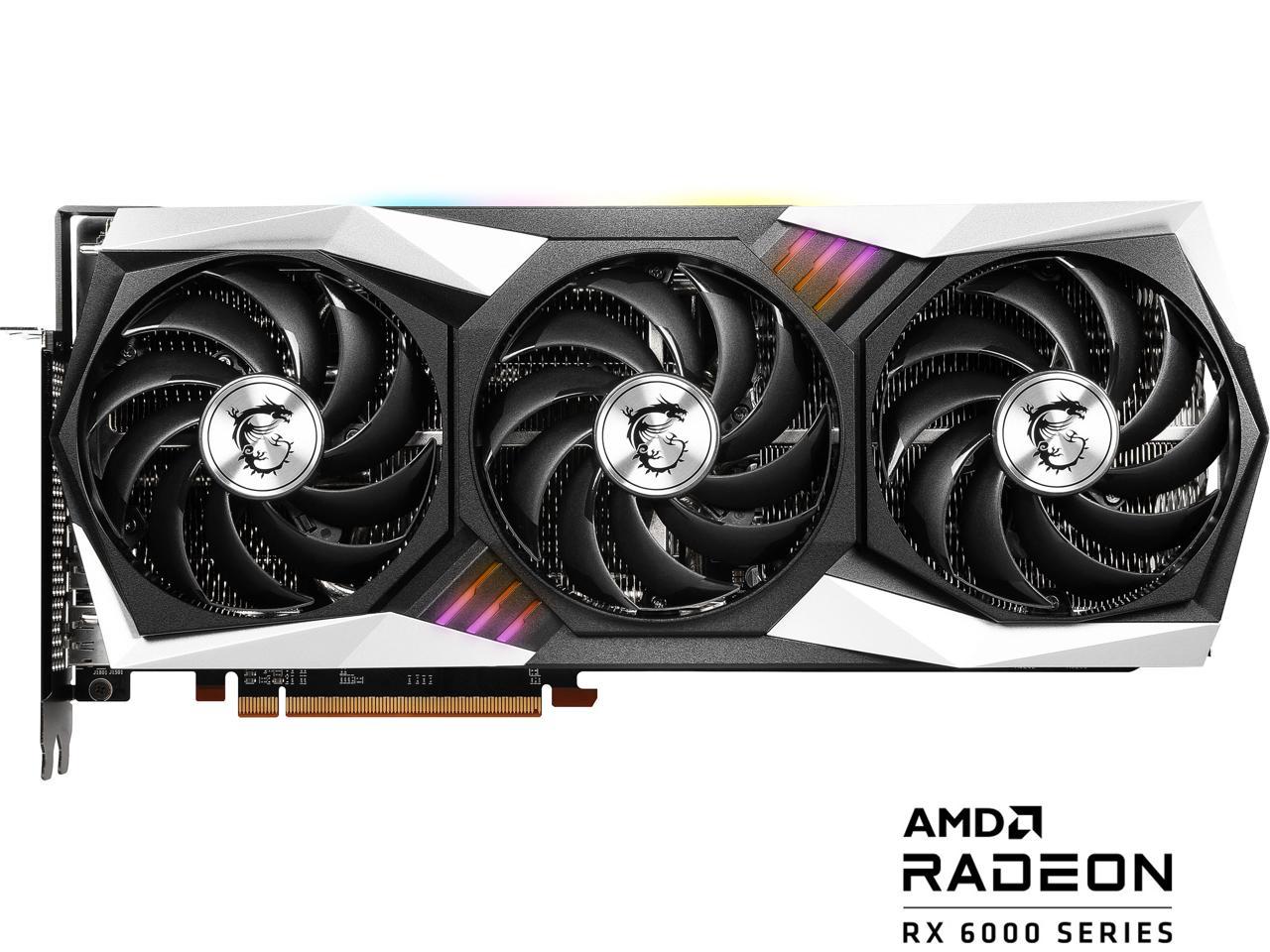 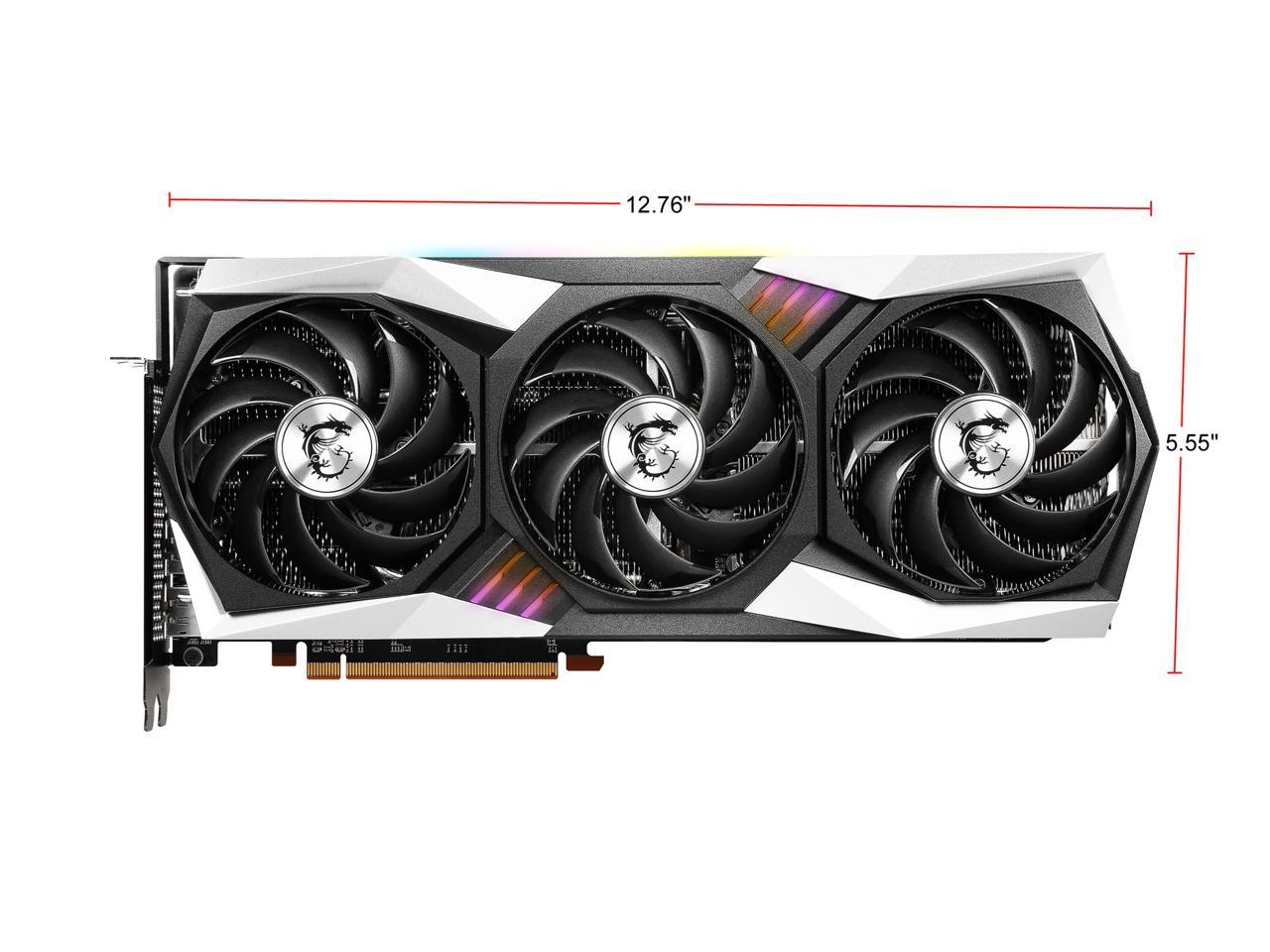 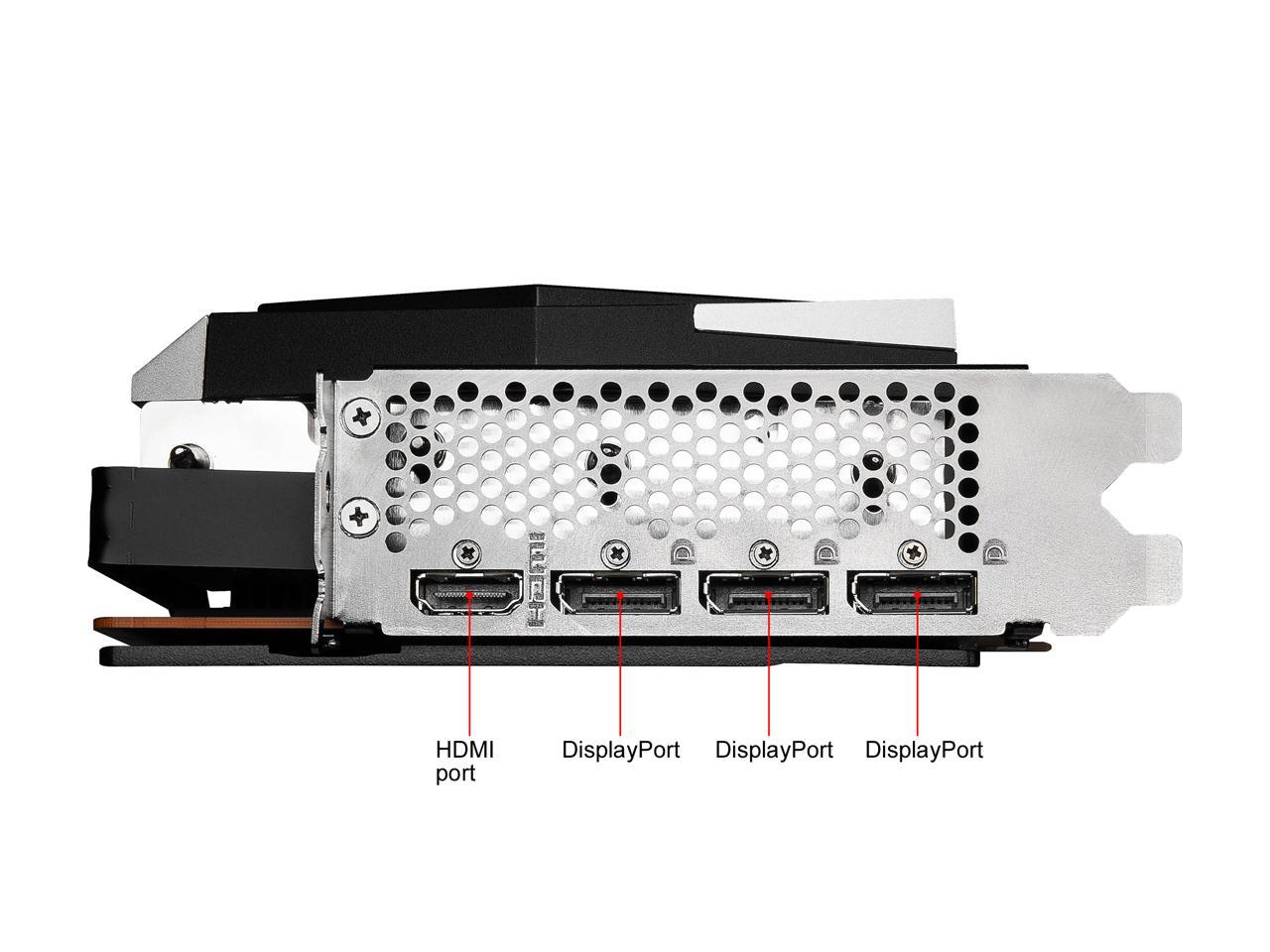 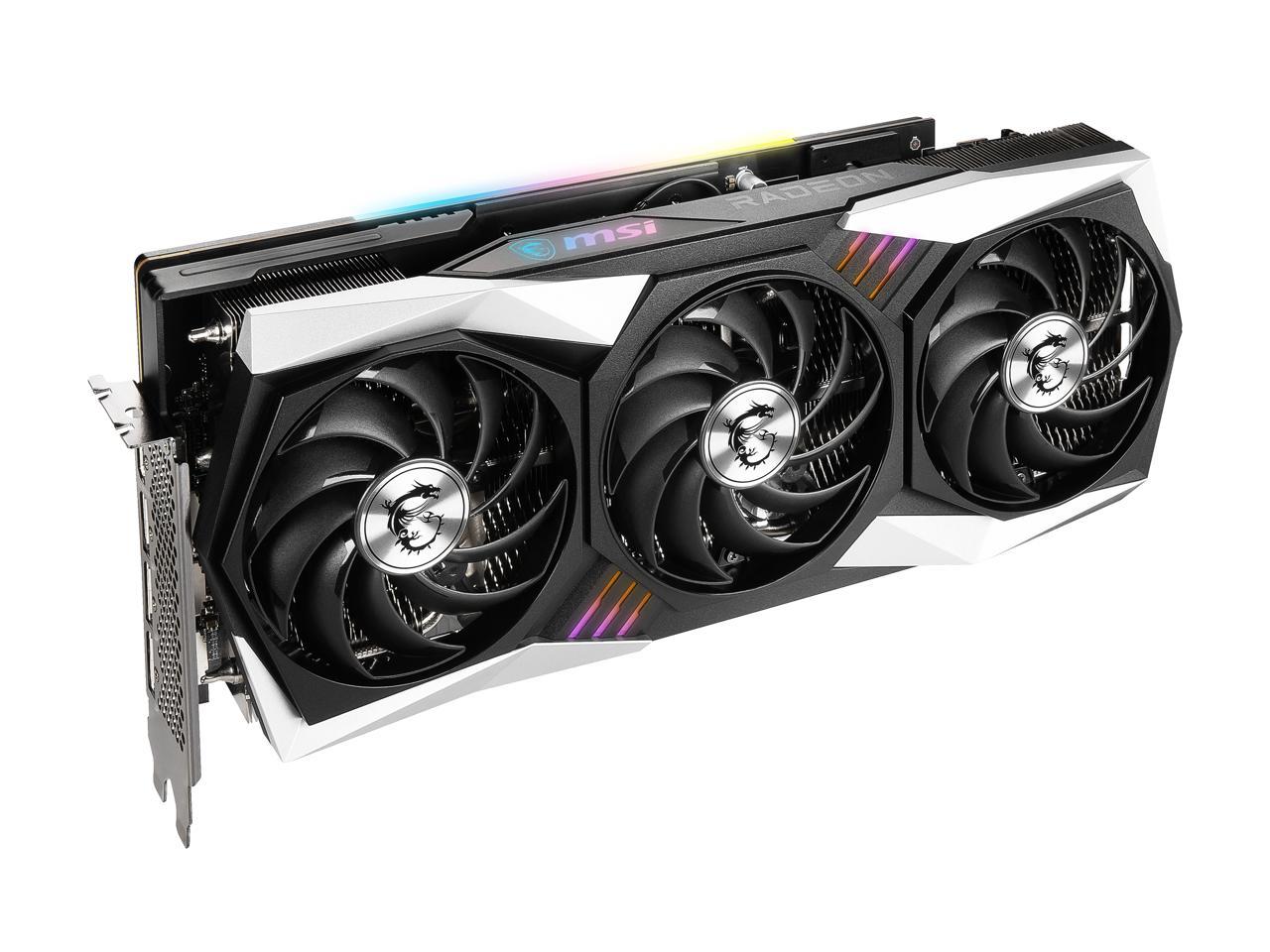 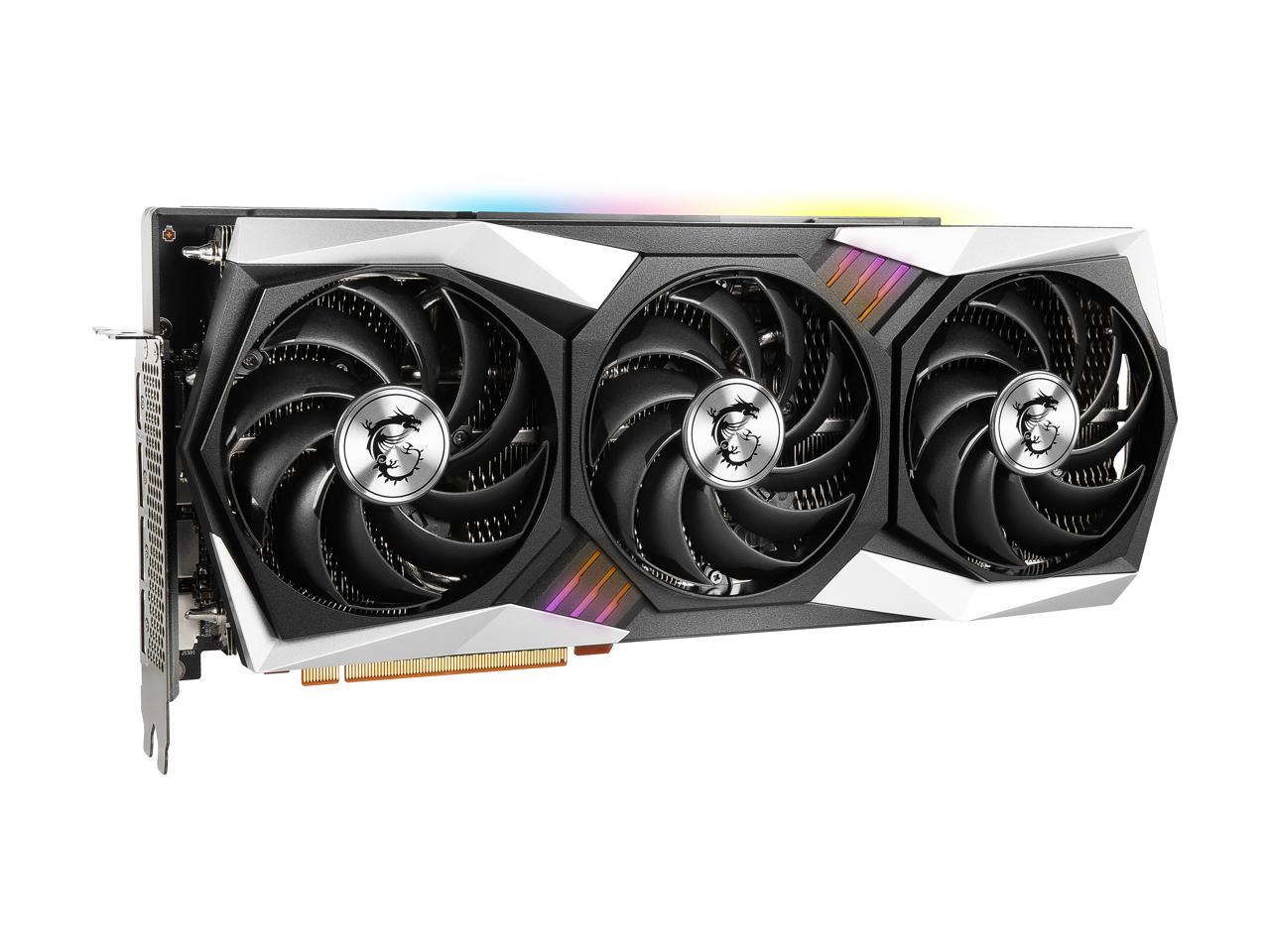 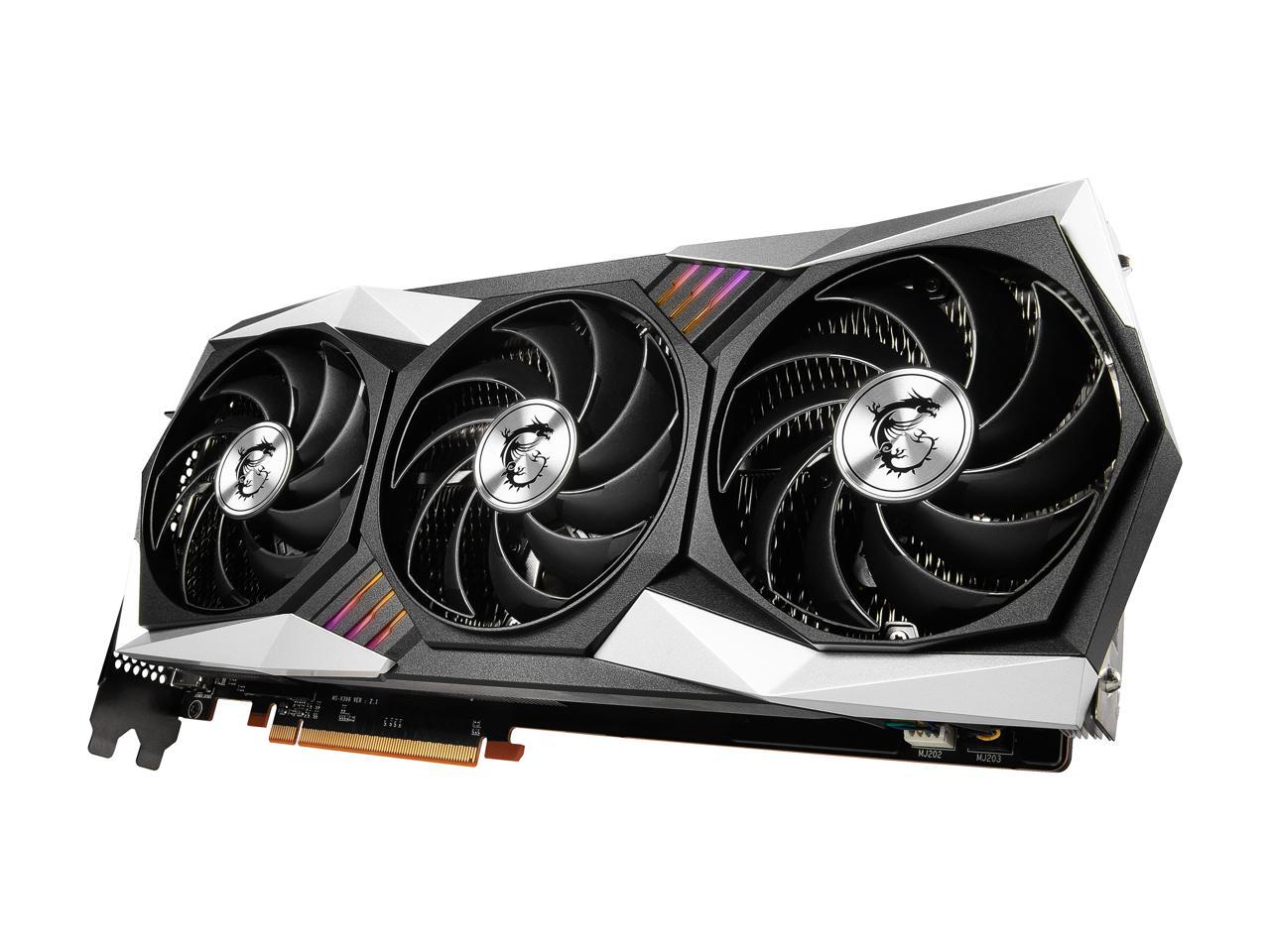 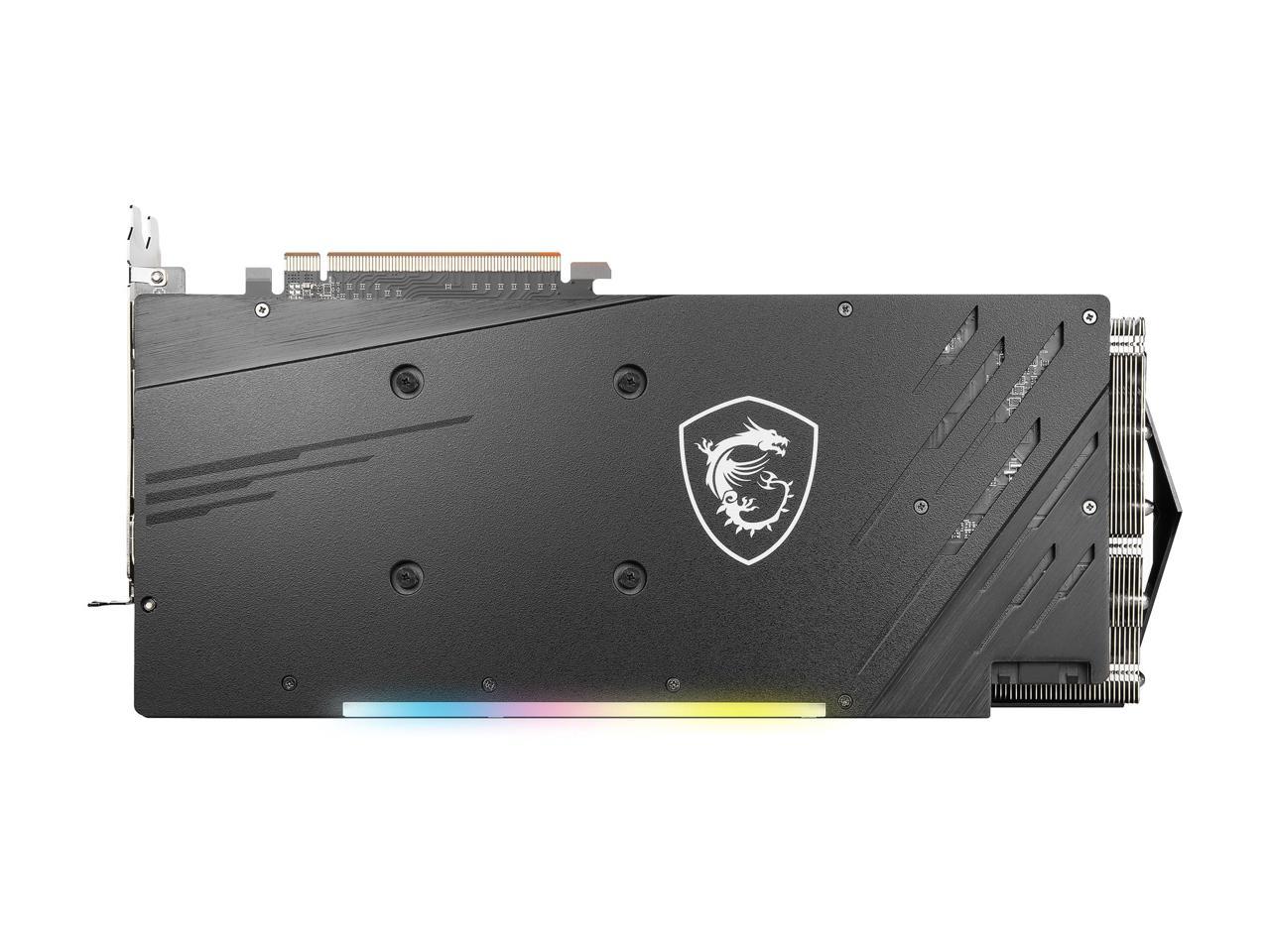 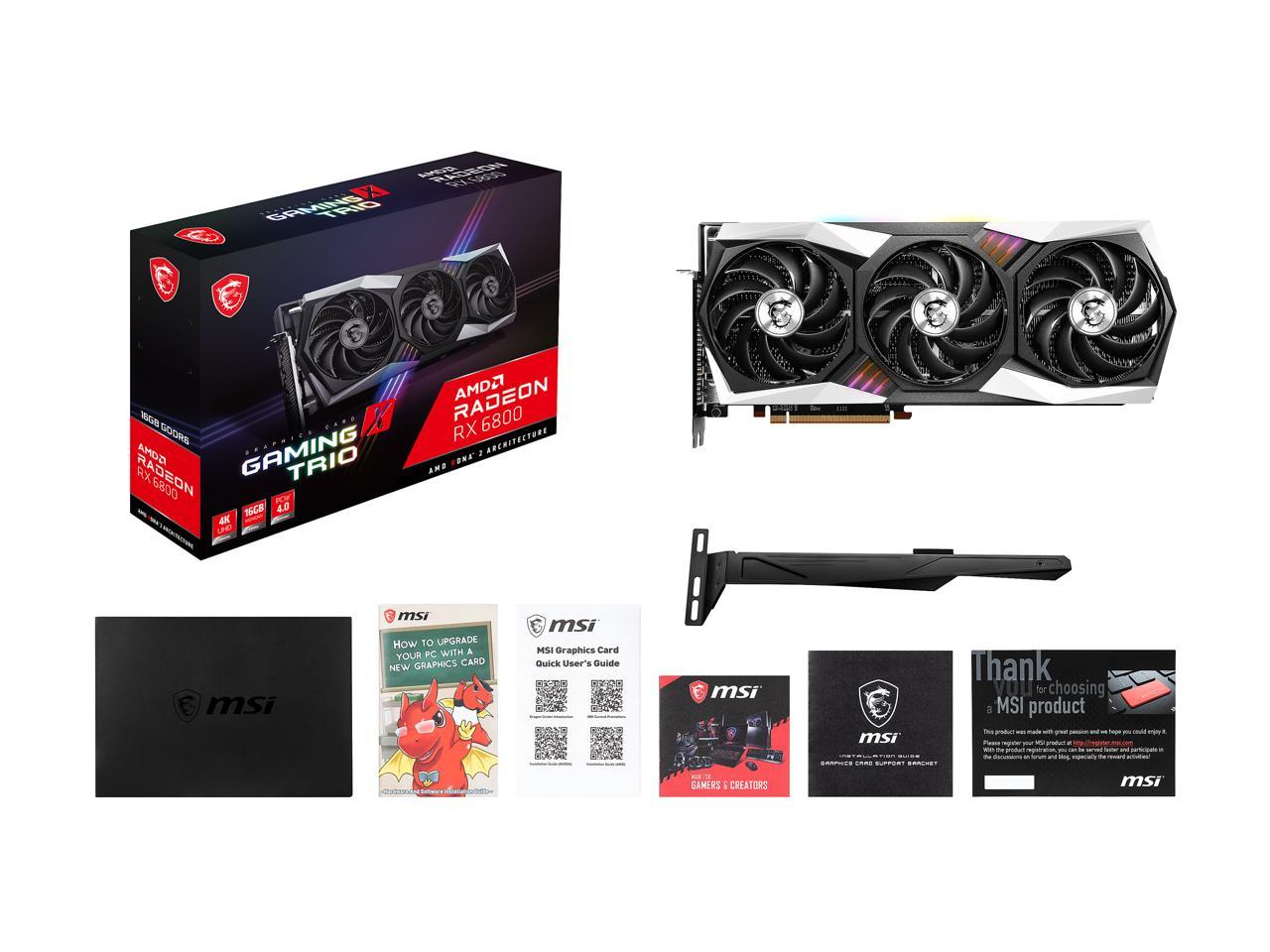 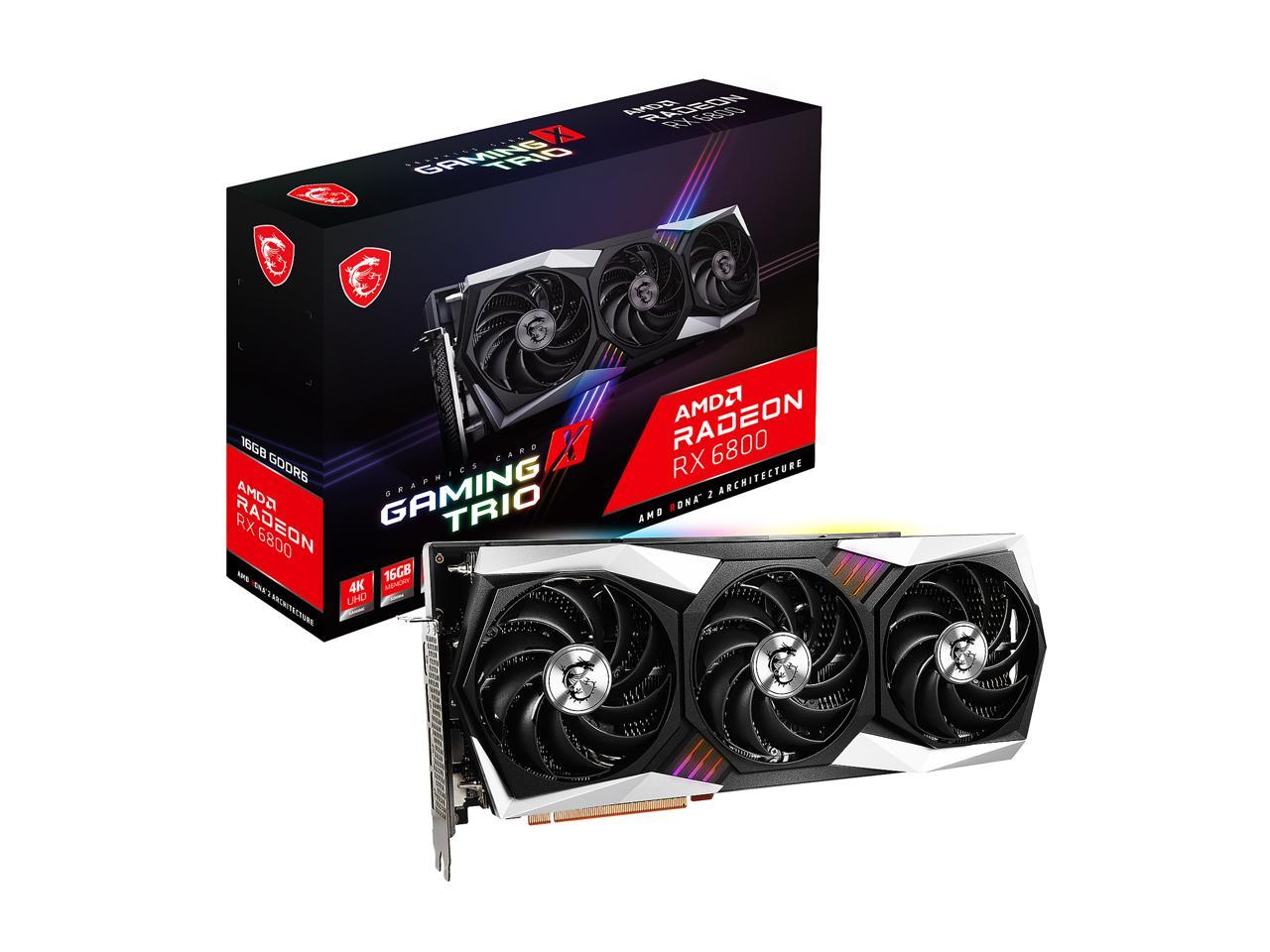 2 out of 2 people found this review helpful. Did you?
Manufacturer Response:
Hello Vincent, Thank you for sharing your experience with the MSI RX 6800 Gaming X Trio 16G. We certainly value your feedback and please accept our sincerest apologies for any inconvenience you have experienced. All of our graphics cards have 3-year warranties along with a grace period after that period ends. If you have any further questions regarding this product or have any suggestions for improvement for us, please do not hesitate to contact us directly at usreview@msi.com and we will be more than happy to assist you. If you require further technical assistance, please feel free to contact our technical support department directly at 626.271.1004 from M to F, 9am to 6pm Pacific Standard Time. Thanks for choosing MSI! Best Regards, MSI Review Team | KW07262021001 | usreview@msi.com
Anonymous
Ownership: 1 week to 1 month
Verified Owner
Expensive but I love it2/13/2021 8:25:49 PM

Pros: Replayed some of my older games and the graphics are just at a whole new level for me. You remember the first time you saw a really really nice TV and how it blew you away well this gpu will probably do that to.... especially if you didn't already have something this high end before.

Cons: The gpu support bracket. Where the holes are for mounting with the thumbscrews to the case they didn't screw a hole in one of the positions for the slots....so that one plate is just hanging out in there with a little bit of pressure and that's all. I could remove the plate but then I'd have a big long open slot.

Overall Review: Would I recommend yes Would I buy it again.... cant afford that twice but otherwise yes and no... but only because if I ever do need to buy another gpu it will hopefully be in along time and I'd get what's current like I did now. And if there was something I'd like changed it would simply be for it to be cheaper

Pros: -FPS is amazing (without Ray tracing on)-LED lights customizable-Runs cool under load (70 degrees with ambient temp around 21C)-Support bracket included necessary as this thing is a monster- Playable FPS with Ray tracing at 1080p-Overclocks to a stable 2450Hz which translates to consistent 50+ FPS @ 4k

Cons: - Ray tracing drops FPS under 30 in any application at 4k (haven't tried anything at 2k)-Ray tracing doesn't look good-no DLSS equivalent-all the issues I had with the 5000 series are still present in this (i.e. Final Fantasy 13 crashes 100% of the time without applying a patch, never happens with Nvidia GPUs)

Overall Review: I won't rip on this card too much as I'm very happy with it over all, and I'm glad I managed to find a next gen GPU in the midst of this insane shortage.That said, if you're like me and happen to find this GPU, ill write this review to help you decide if you want to jump on this or wait for something else.My system configuration is: Ryzen 5 2600, 16 RAM @ 2666hz, nvme, SATA SSD and HDD for storage on the cheap Asrock B450 HDV-R 4.0 (which I recommend only if you plan to run everything at stock and you're on a budget). I upgraded from an Rx 5600 XT. Shadow of the Tomb Raider: 90+ FPS average highest settings without Ray tracing, and around 50-60 FPS with Ray tracing on. I found Ray tracing looks terrible on this game (at least with AMDs implementation) so I left it off at 1080p.4k I got consistently 55-60fps without Ray tracing at highest settings and under 30 with Ray tracing on. My monitor is 60hz at 4k so this was really good.Control is one of my favorite games currently and ray tracing on it actually looks good and its around 50FPS with it on at 1080p. Without Ray tracing I got around 110 FPS at 1080p which was so butter smooth I loved it (I could only get 60 at best on my Rx 5600xt). I also have a 144 Hz monitor so it was nice to actually use some of those refreshes!At 4k it becomes unplayable with Ray tracing dropping to below 20FPS and under 10 depending on where you're looking. Without Ray tracing I got consistently between 50-60fps which is perfect as my freesync range is 40-60.I do want to point out that these games, along with resident evil 3 remake, all consumed over 10GB of VRAM as I tested these games, some as high as 13GB!! I'm not sure why Nvidia decided to make the RTX 3080 with 10GB of VRAM but this card having 16 GB is a real plus from what I've seen!Overall, I really love this card. It's a huge leap in performance from my 5600 which was marketed as the "ultimate" 1080p GPU. It really wasn't. I could barely get decent FPS on that thing and for the longest time I thought it might have been my CPUs fault for the slow frames. Switching to this card shows that it was the GPU. If you have to settle for this card and you're used to a mid range cards performance, you won't be disappointed (unless you're looking for Ray tracing performance then you're better off waiting for the RTX 3080 which works better at this-so I've read- and is cheaper). But I would suggest that you wait for the RTX 3080Ti which is rumored to have more than 10GB of VRAM and that will be necessary at 4k (unless you use DLSS) which isn't true 4k but (I've read) you can hardly tell the difference .Hope this review helps!

Overall Review: Awesome RX6800 but pricing on the AIB cards it a little bit out of whack.

6 out of 13 people found this review helpful. Did you?
Manufacturer Response:
Dear Valued Customer, Thank you for sharing your experience with the RX 6800 Gaming X Trio 16GB. We certainly value your feedback and please accept our sincerest apologies for any inconvenience you have experienced. If you have any further questions regarding this product or have any suggestions for improvement for us, please do not hesitate to contact us directly at usrma@msi.com and we will be more than happy to assist you. If you would like further technical assistance, please feel free to contact our technical support department directly at 626.271.1004 from M to F, 9am to 6pm Pacific Standard Time. Thanks for choosing MSI! Best Regards, MSI Review Team | KW07012021028 | usreview@msi.com
eugene72
Ownership: 1 week to 1 month
Verified Owner
MSI Radeon RX 6800 DirectX 123/5/2021 1:09:08 PM

Cons: so hard to get

Cons: -RGB overall is weak -The RGB strip you see all the time if you have a glass case has 7 very visible LEDS that blend poorly -The bottom RGB is hidden by the GPU support mount that is opaque which you want to use -Dragon Software is a joke, messing with GPU, CPU when you dont want it to. It overrides what you set your fan speeds to in bios. You cant control RGB without Dragon Center ;(