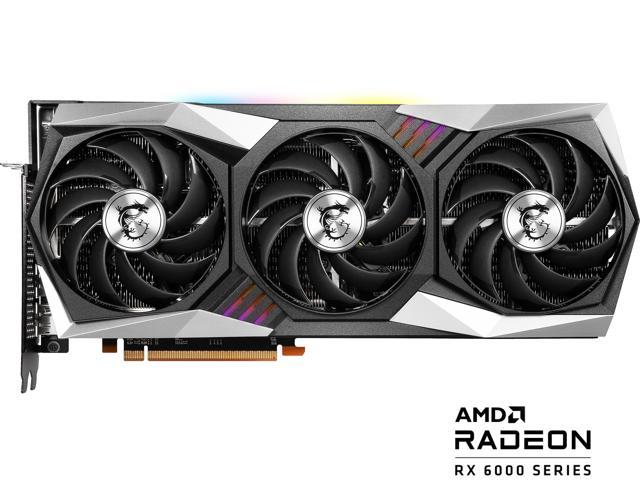 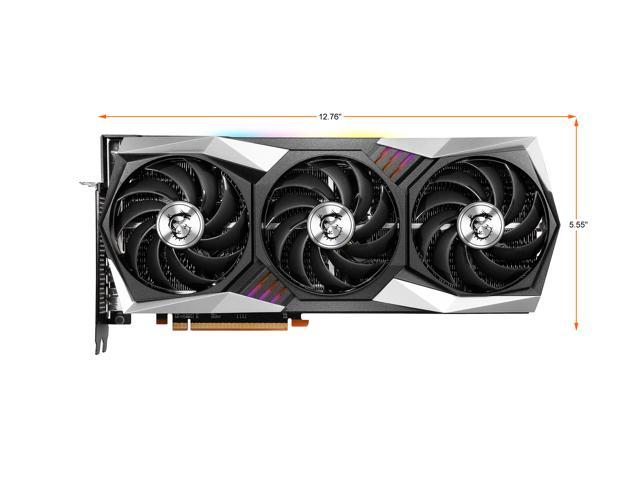 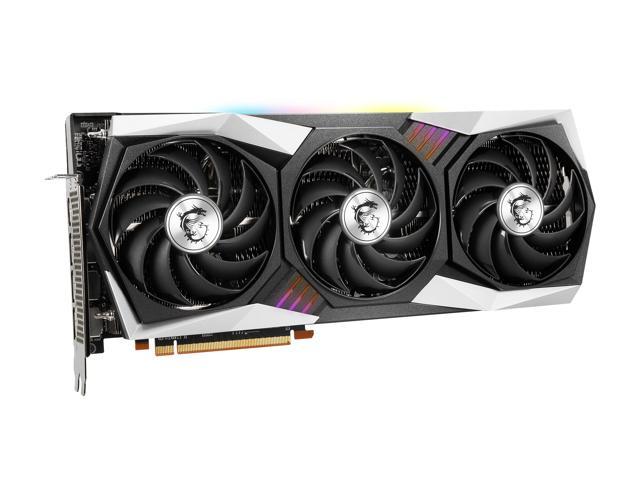 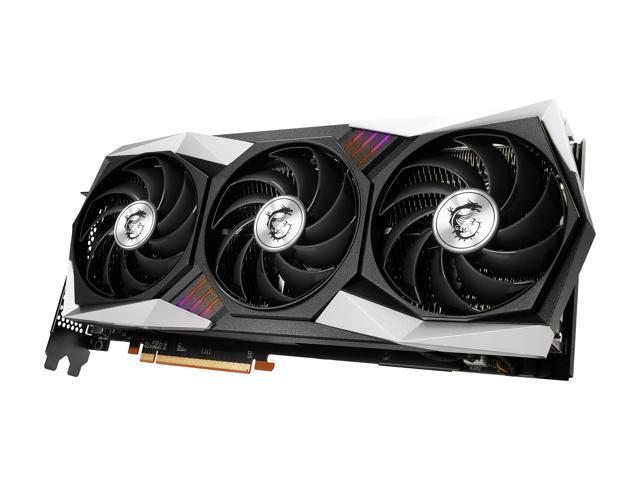 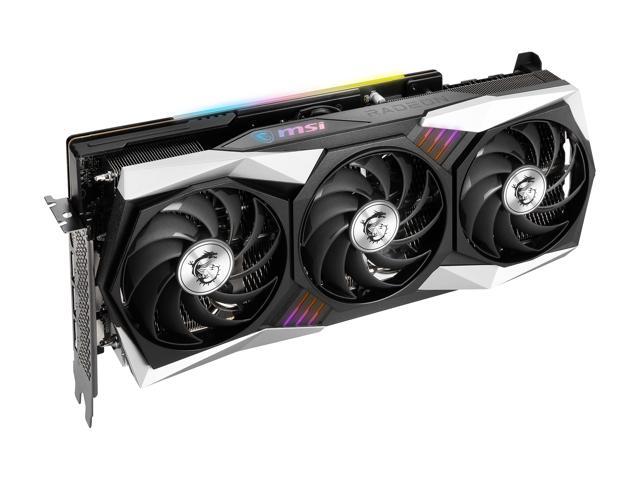 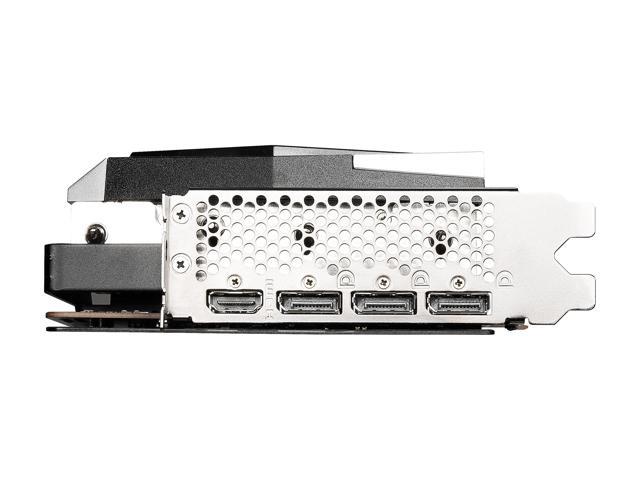 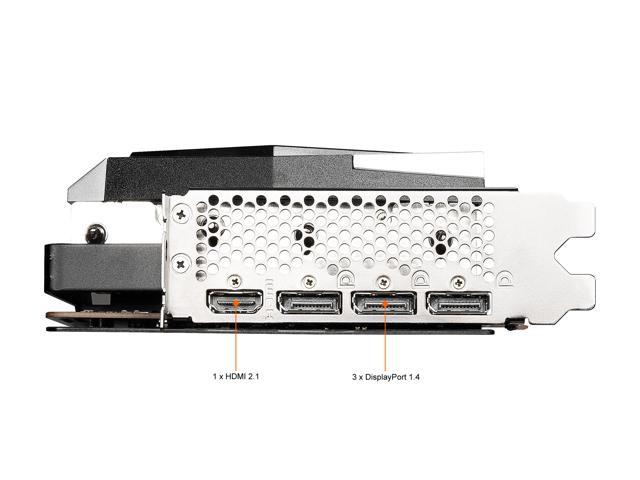 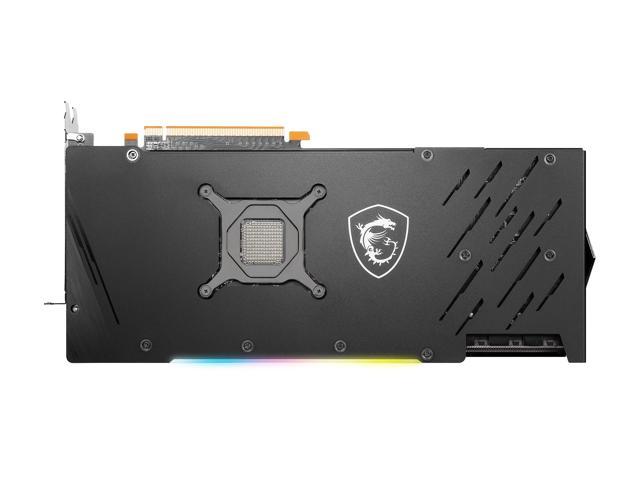 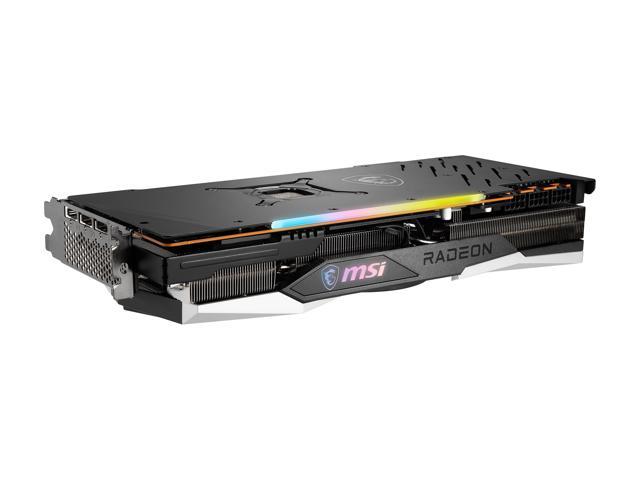 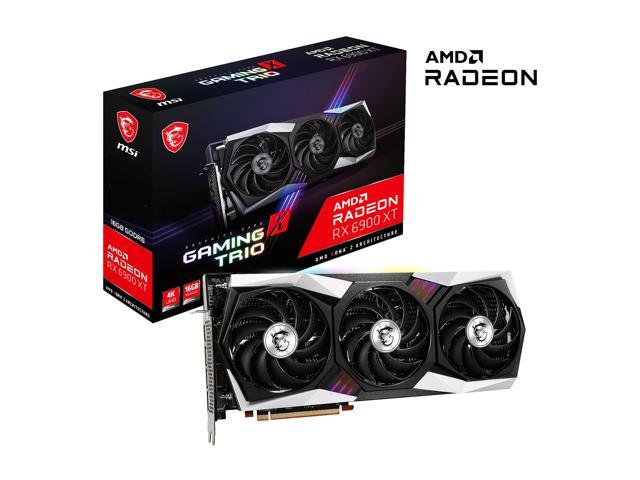 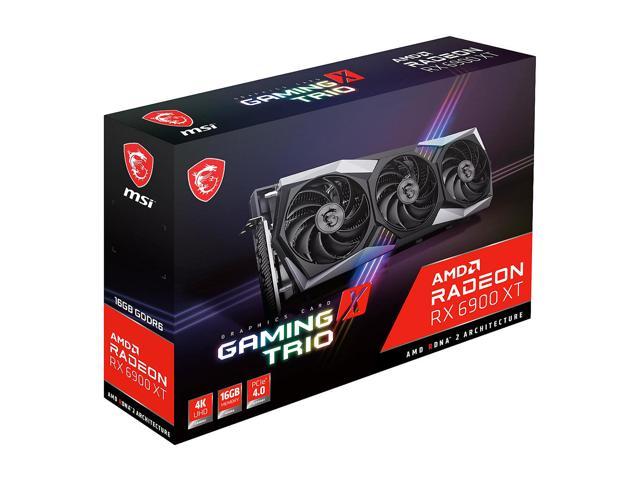 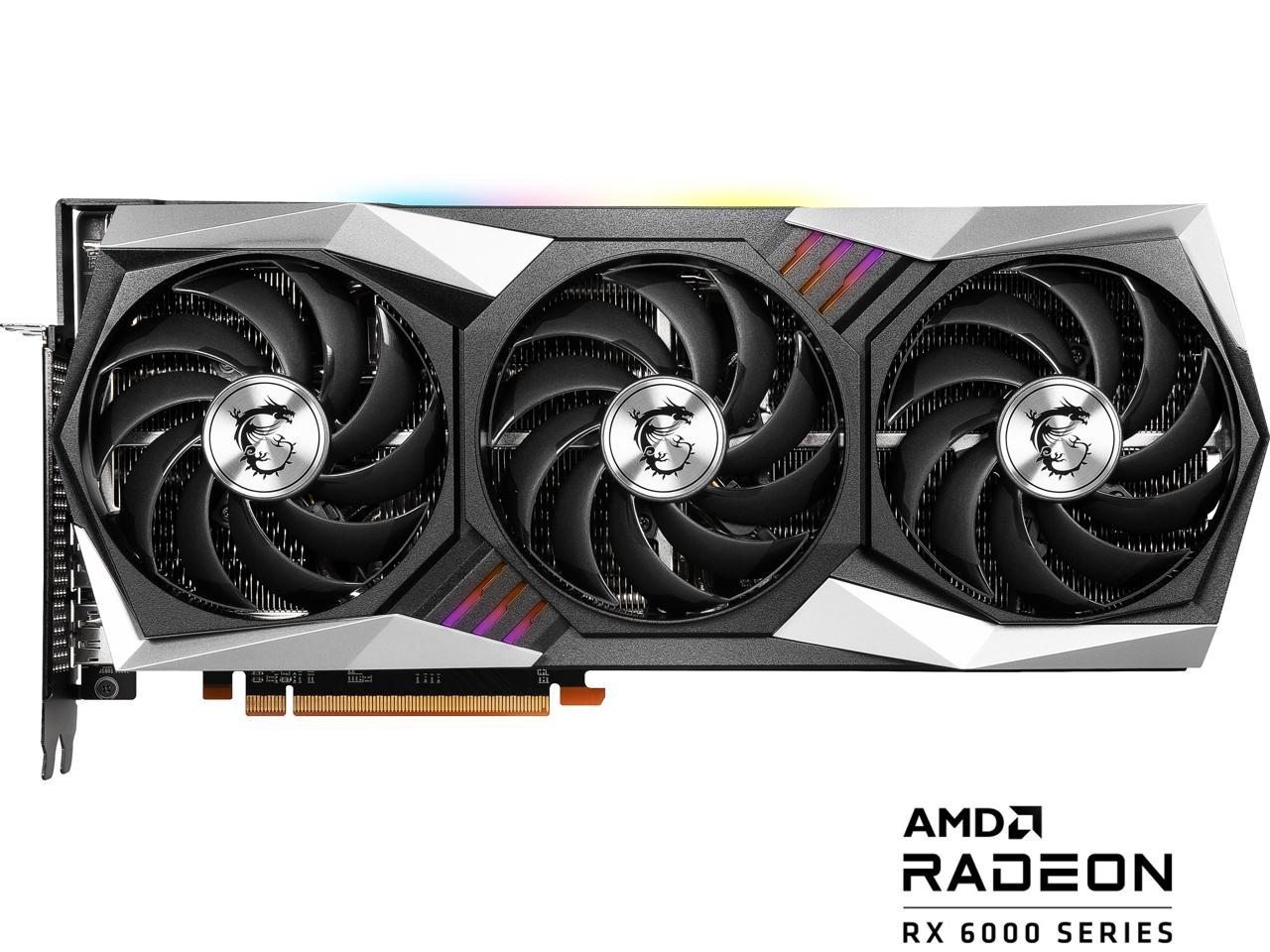 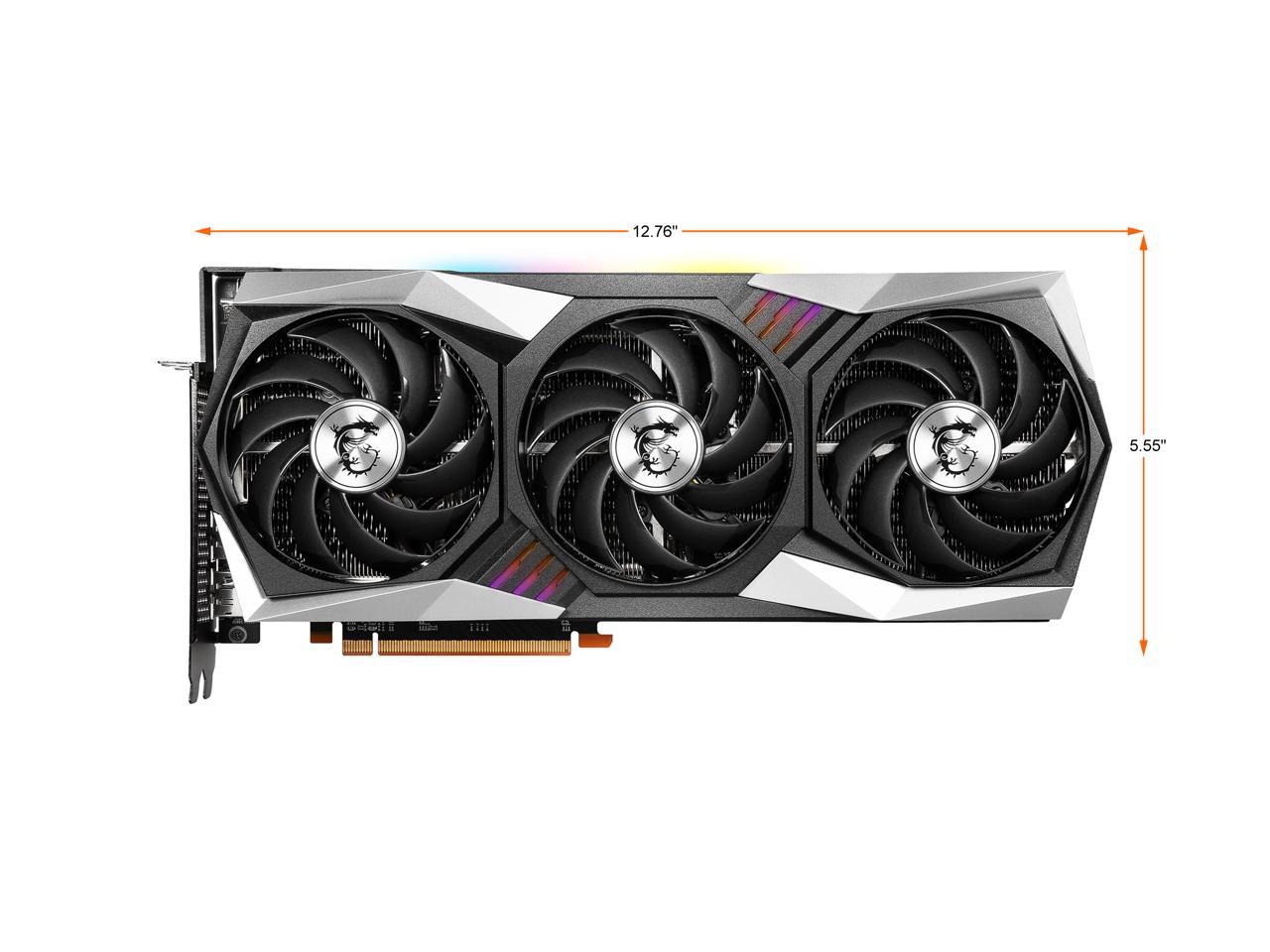 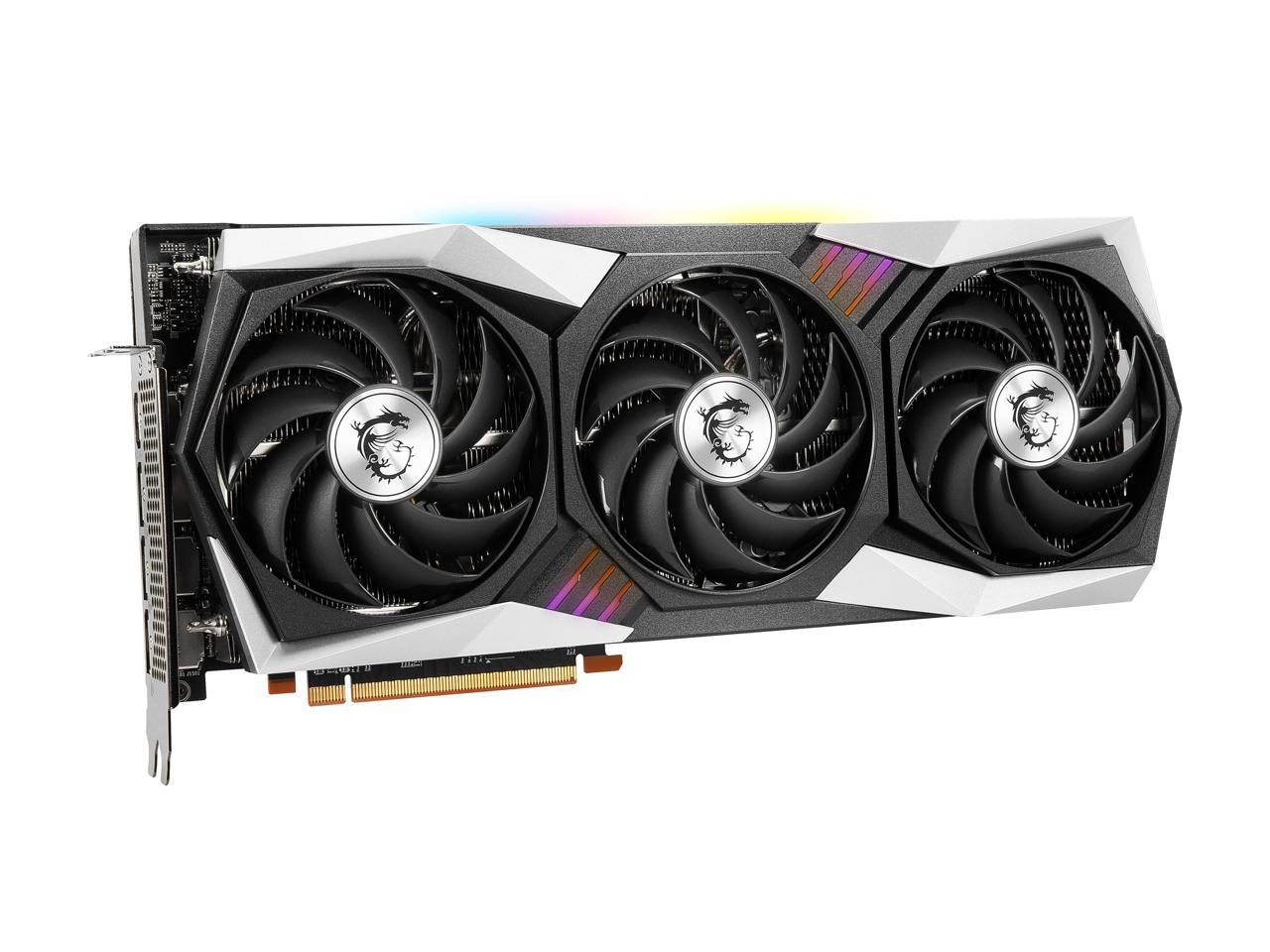 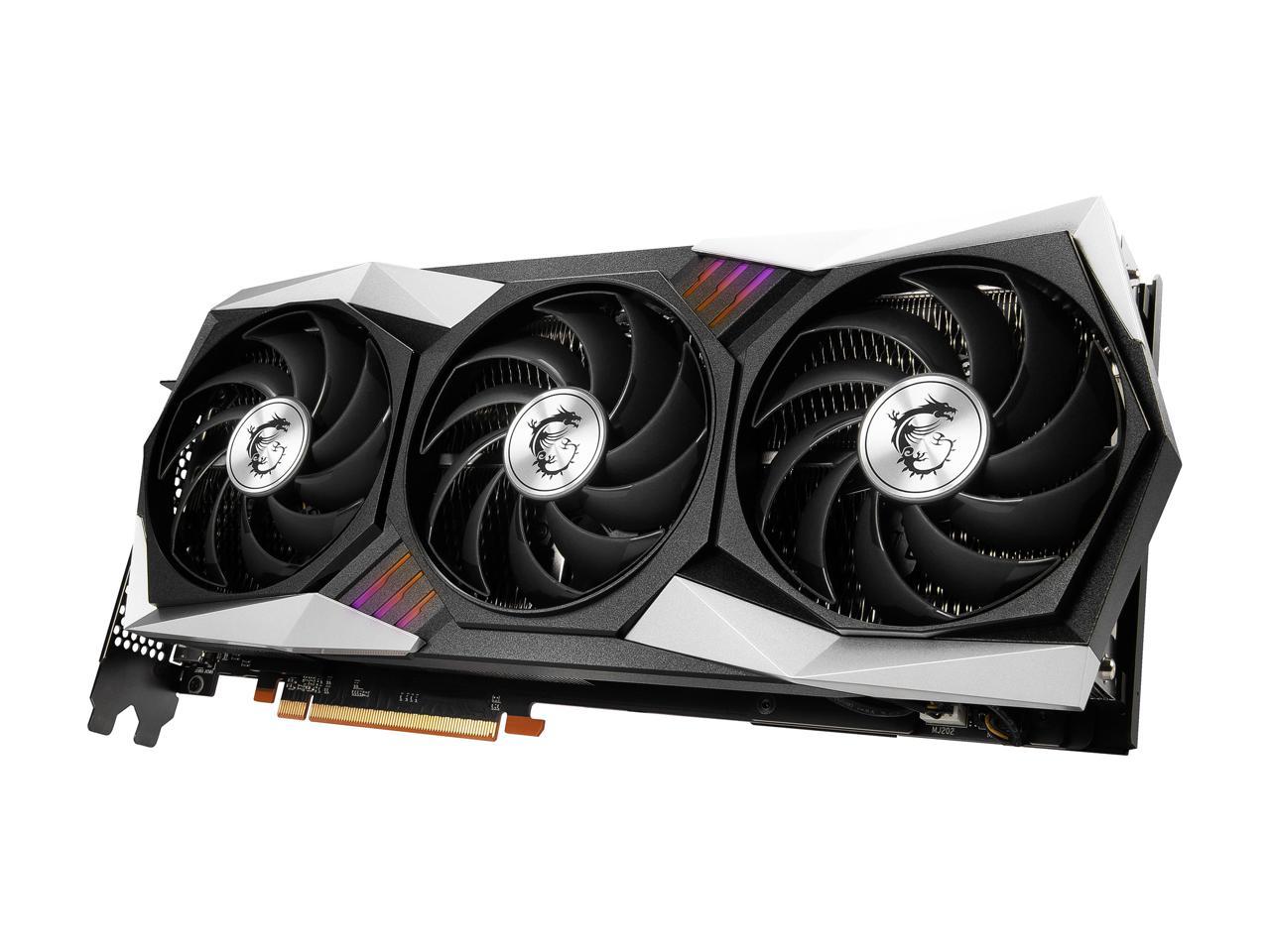 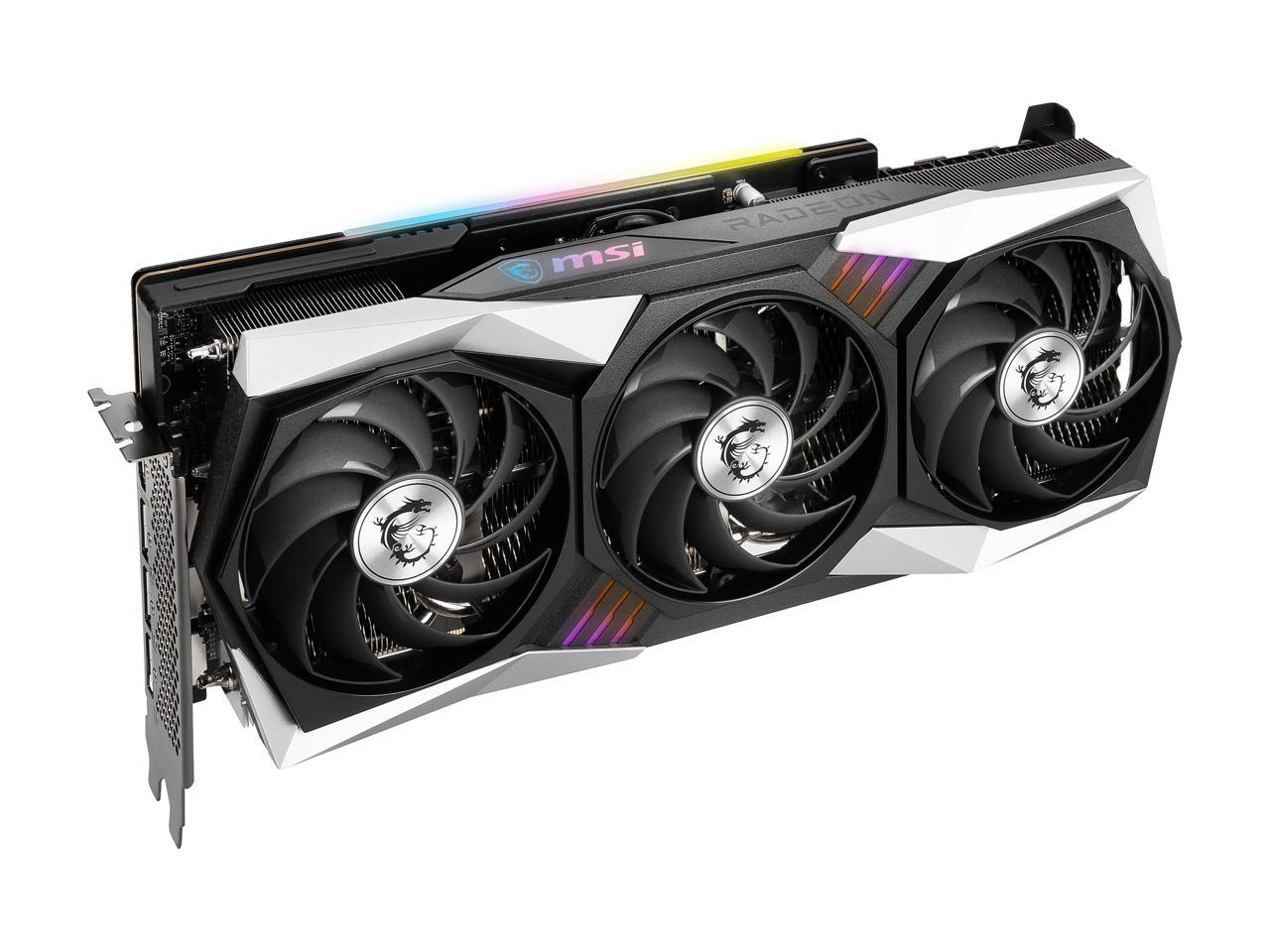 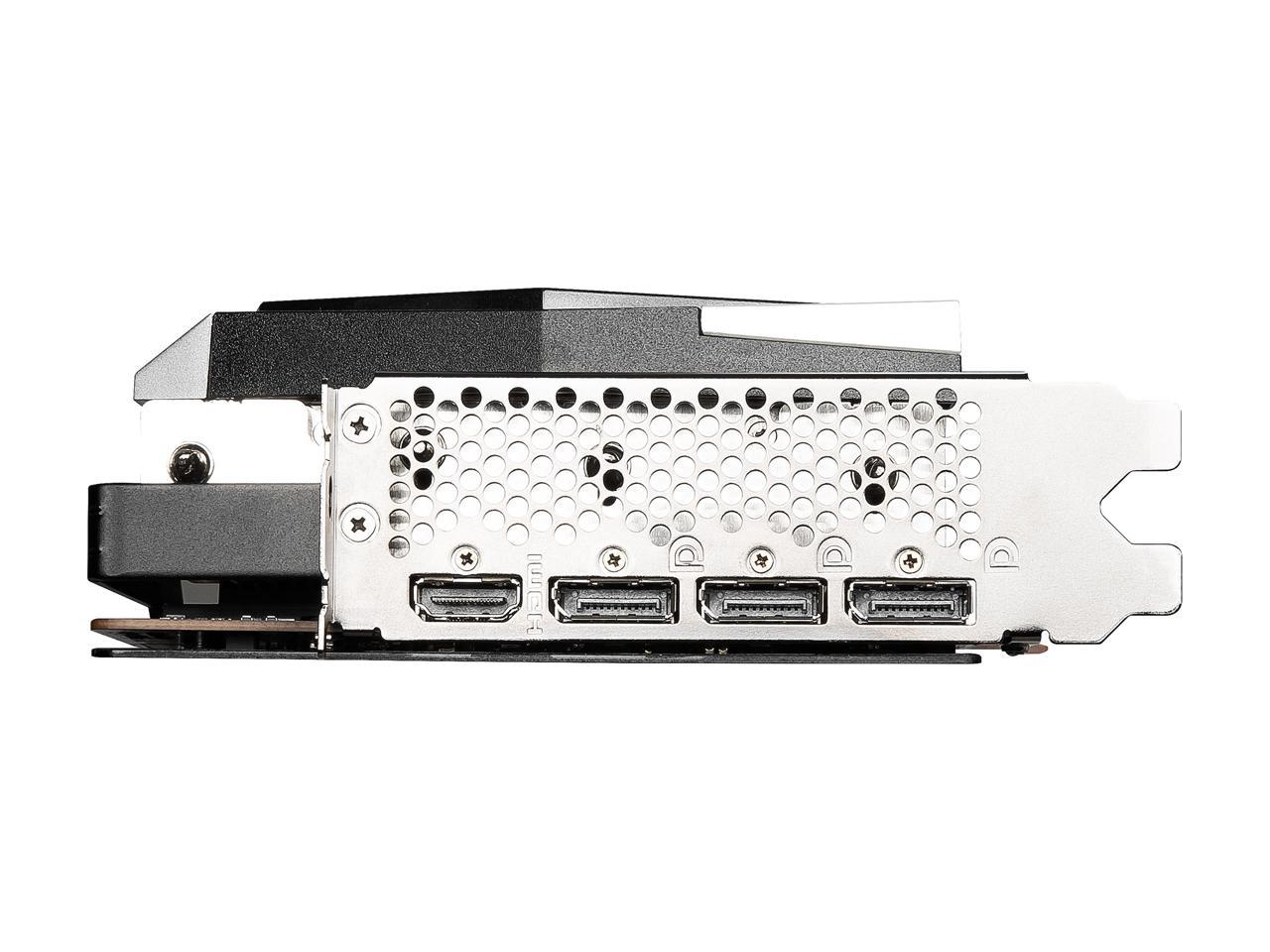 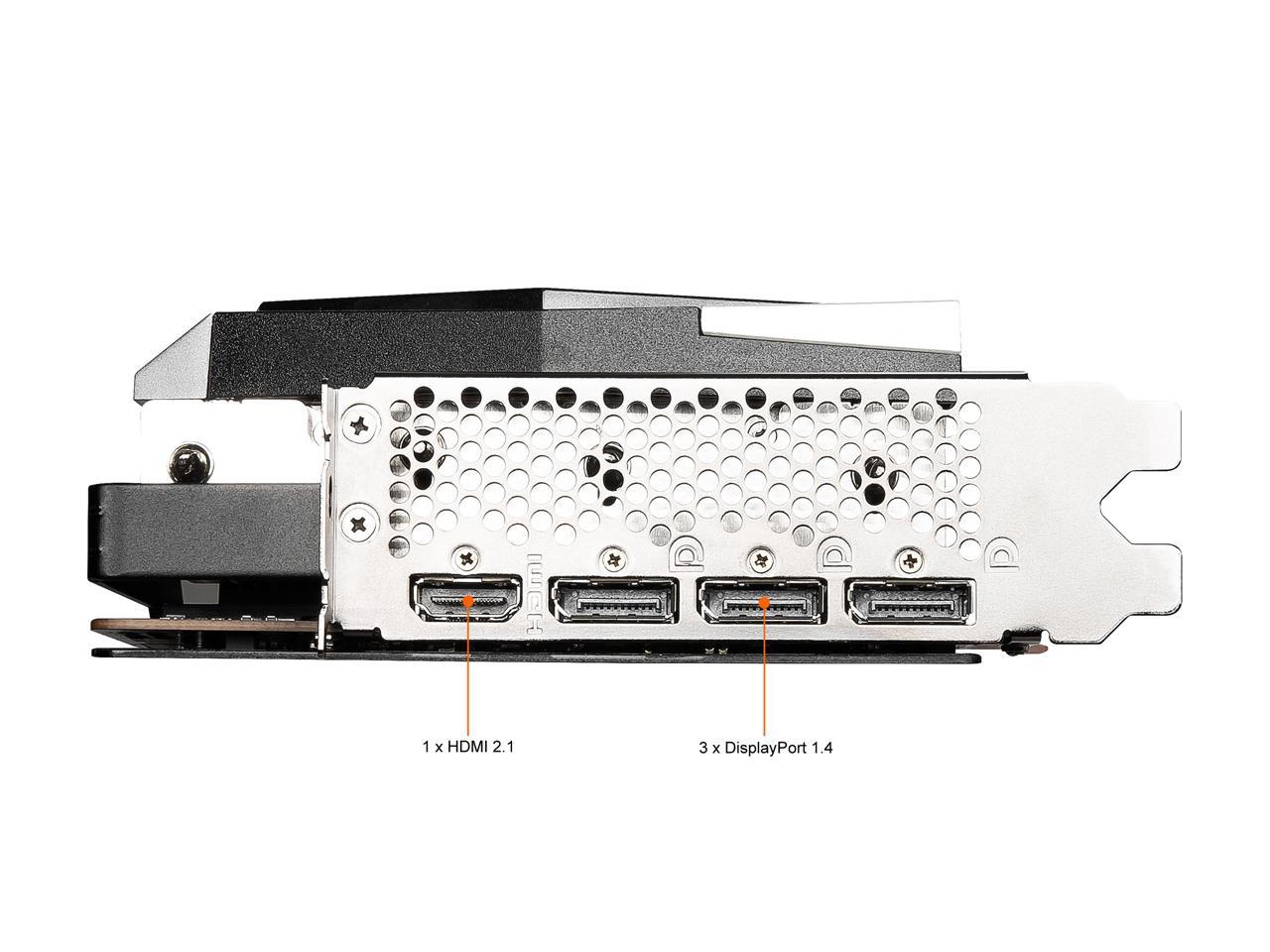 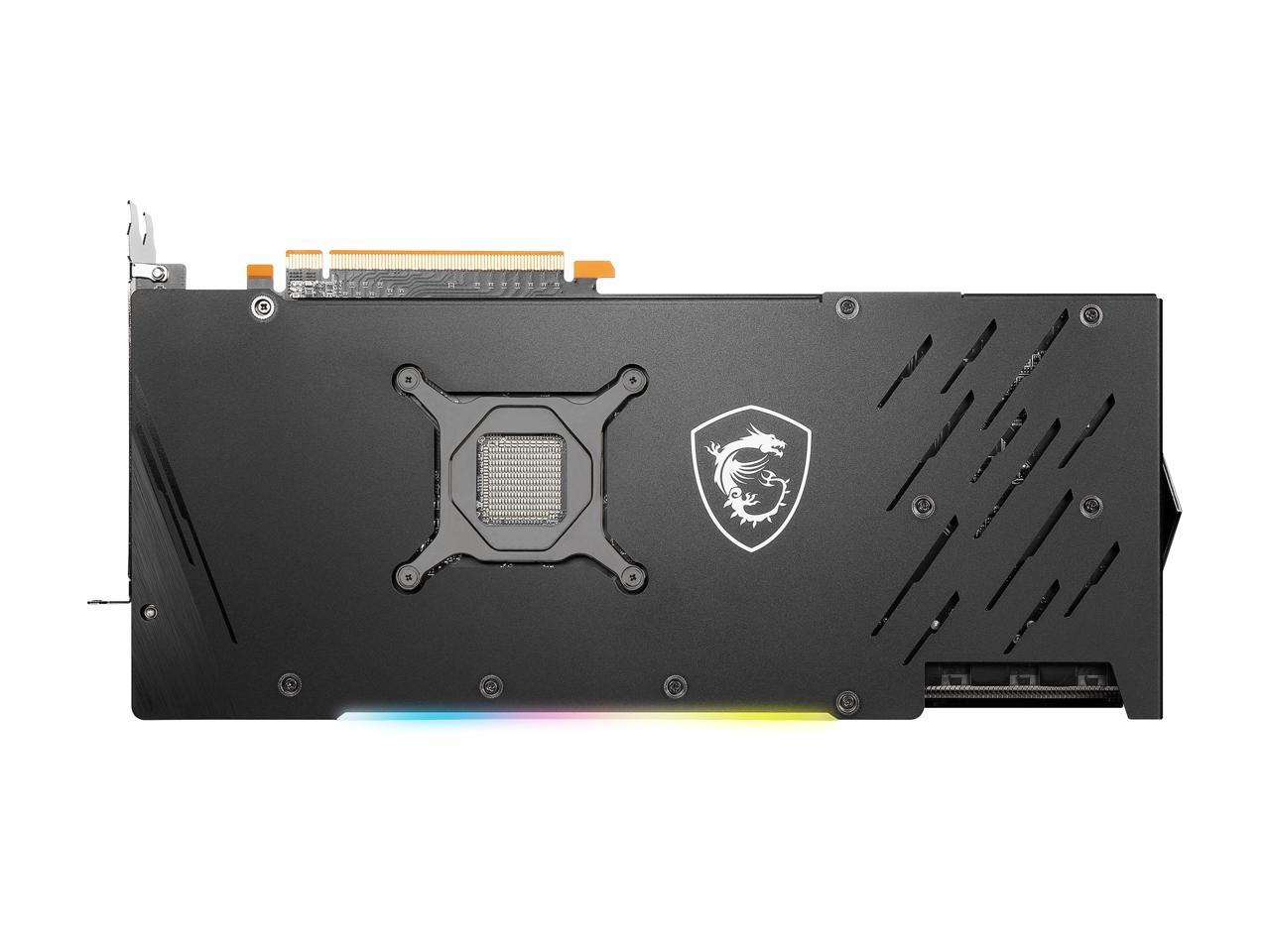 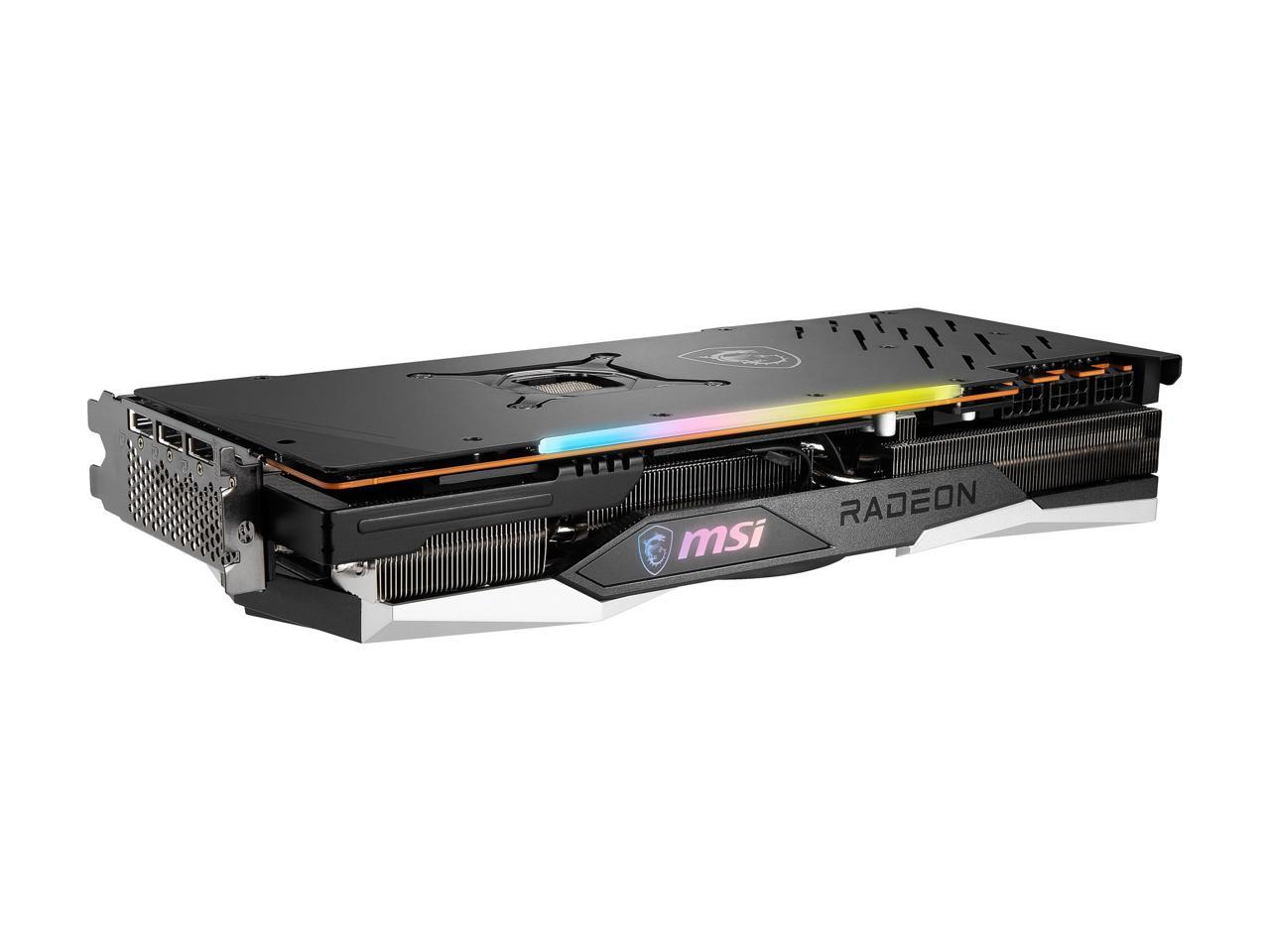 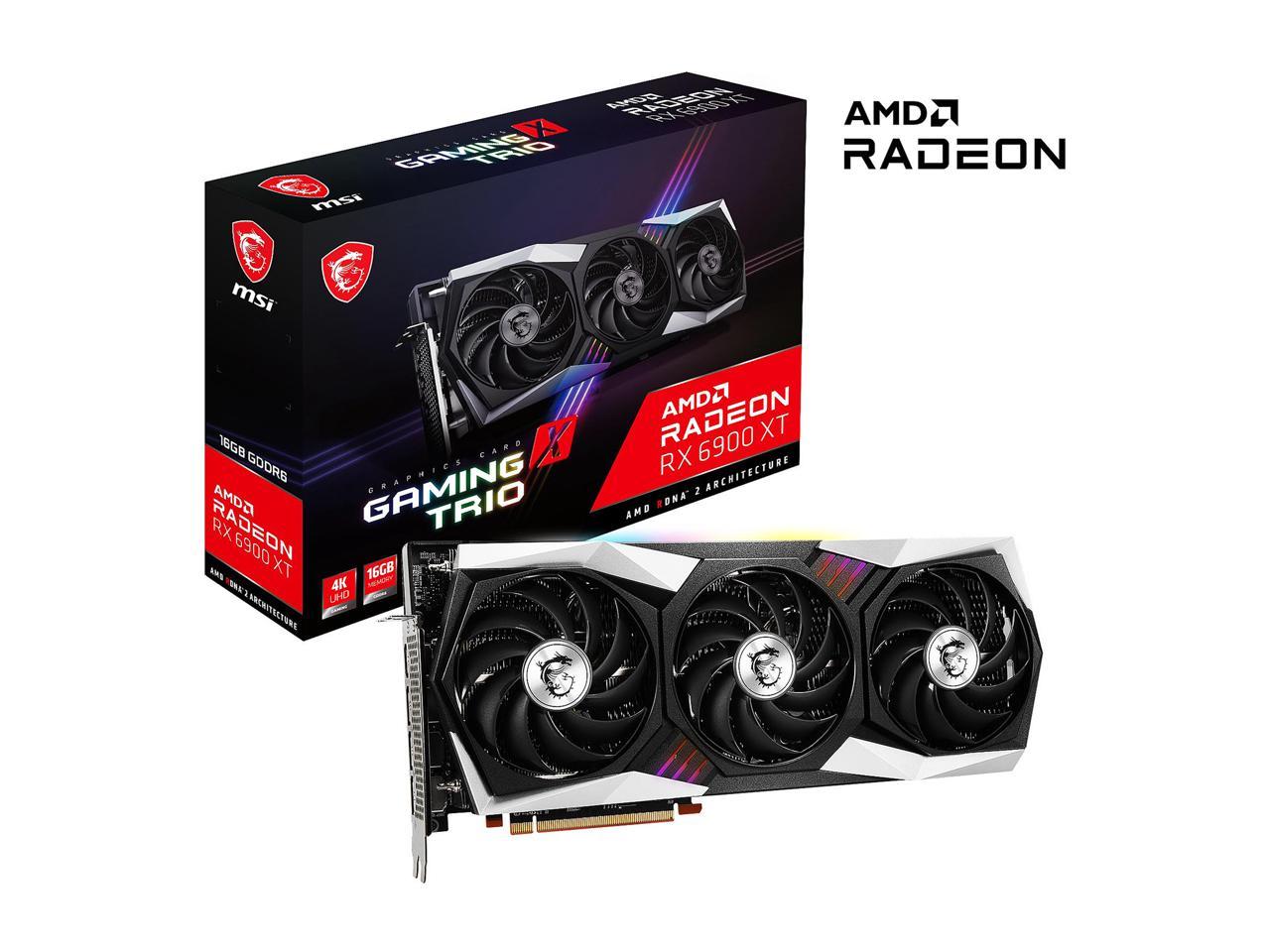 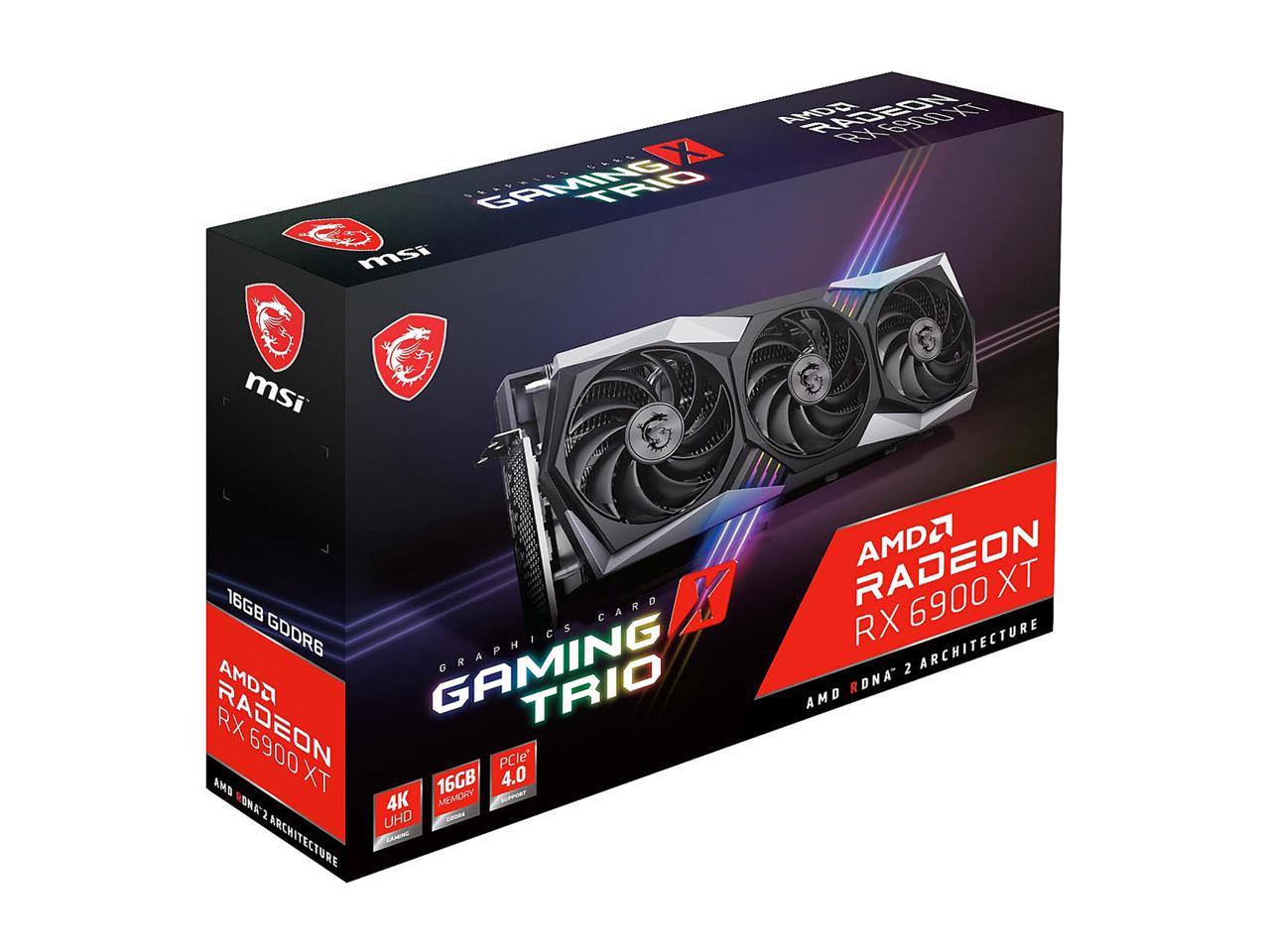 Pros: I upgraded from 2080 ti, seeing a huge boost in 4k. Warzone fluctuated between 50 and 80 fps, am now getting over 130 consistently. Runs quiet under load.

Overall Review: I definitely recommend getting this card and availability comes up.

Pros: Very very good thermals. Very good acoustics. The support bracket that comes with the card installs quite nicely and it doesn't mess up the mounting of any nearby cards. This version of the 6900 xt is a bit faster than most.

Cons: This card is hungry, the manufacturer and most reviewers recommend a 850w psu minimum and they are right. The card has 3, 8 pin power connectors which means it can draw like 525 watts plus whatever the rest of your system is going to use. I know all this isn't really a con but I only put it here because of the current market and availability of cards and processors so if someone ends up getting this in a shuffle just to get something they need to be ready to feed this beast or they are going to have brownouts.

Overall Review: I may be a bit biased because i wanted a 6900 xt but this card is incredible. Its a powerhouse that stays cool and quiet. Also the RGB doesn't go overboard and looks great. At first I thought the support bracket would be a con but after seeing how easy it went in my case and how it didn't even disrupt a card's backplate that it went over that thing is a total win because over time cards that don't deploy a solution like this will either damage the pci slot or you could possibly slowly seperate the cooler from the board which is more of a silent killer. I know its pricey but if you're just looking to game get a 6800 xt....if you WANT a 6900 xt this is a superior choice to most of its competitors.

Pros: Strong performance out of the box Very quiet at stock Cooler is very efficient, it is miles better than the reference cooler, doesn't go above 70 celcius on full loads. High power limit, you have 3 x pin connector and unlockable power limits, if you ever wish to go past 400 watts. Good overclocker, I managed to get some significant gains on this one , shocked by how much headroom it had. There is a support bracket included within the box to prevent sagging

Cons: Not a great value for the money, more of a halo product. Can have significant power spikes, make sure you have a strong power supply before purchasing this.

Overall Review: Overall very satisfied with the GPU, the cooler is great , it is a good overclocker and it is very quiet. If you are looking for a 6900xt, you really can't go wrong with this one, recommended.

Pros: I upgraded from an Nividia 2070 because I was having problems with dual monitors and a VR headset for sim racing. I noticed an immediate improvement in frame rates and overall image quality. I haven't been able to test the VR headset yet as I'm still waiting for the prescription lense but I'm hoping for an improvement there as well. So far the new card is very quiet, really haven't heard it playing Diablo 3 or processing photos in Photoshop.

Overall Review: I don't know how this card stacks up against an Nividia 3080 which would have been my first choice but the only way to get a 3080 was directly from China and I don't feel comfortable doing that.

Manufacturer Response:
Hello Raymond, Thank you for sharing your experience with the MSI RX 6900XT Gaming X Trio. Your rating and review is greatly appreciated and we sincerely hope you enjoy your new graphics card! If you ever have any technical questions in regards to the card, please feel free to contact us directly at 1 (626) 271-1004 Monday - Friday 9AM - 6PM Pacific Standard Time. Thank you for choosing MSI! Best Regards, MSI Review Team | usreview@msi.com
A3RO
Ownership: 1 week to 1 month
Verified Owner
AMAZING CARD FOR THE PRICE4/14/2022 8:07:01 PM

Overall Review: price to performance is on another level compared to the rtx 3090 which only 5% better than the 6900xt for being 1,000$ more and sometimes the 6900xt will beat the 3090 so this card is no joke. Now if you REALLY CARE about ray tracing then dont get this card, the ray tracing on the 6900xt is about the same as a 2080ti which isnt bad but could be better, fortunately I see rtx as a gimmick and I might use it once and never touch it again, other than that I HIGHLY recommend this card but just makes sure it will fit in your case because this card is 13 INCHES LONG! :)

Manufacturer Response:
Dear Valued Customer, Thank you for sharing your experience with the MSI RX 6900XT Gaming X Trio 16G. Your rating and review is greatly appreciated and we sincerely hope you enjoy your new graphics card! If you ever have any technical questions in regards to the card, please feel free to contact us directly at 1 (626) 271-1004 Monday - Friday 9AM - 6PM Pacific Standard Time. Thank you for choosing MSI! Best Regards, MSI Review Team | usreview@msi.com
Anonymous
Ownership: 1 week to 1 month
Verified Owner
Great Graphics Card!!1/24/2022 7:15:33 PM

Pros: The card works great out of the box. Plugged it in and got it running straight away. This card runs anything I have flawlessly. AMD software to tweak settings works really well and is nice to use if you want to overclock as well. The stand that it comes with works great keeping it up straight. It doesn't make a difference for my set up but the stand needs to be put into where the plate covers on the back go so if you have something in that spot already, you might have a hard time using the stand. (Something that might be helpful for others.)

Overall Review: I would recommend this product and I would by a graphics card from this brand again in the future.

Manufacturer Response:
Dear Valued Customer, Thank you for sharing your experience with the MSI RX 6900 XT Gaming X Trio. Your rating and review is greatly appreciated and we sincerely hope you enjoy your new graphics card! If you ever have any technical questions in regards to the card, please feel free to contact us directly at 1 (626) 271-1004 Monday - Friday 9AM - 6PM Pacific Standard Time. Thank you for choosing MSI! Best Regards, MSI Review Team | usreview@msi.com
Anonymous
Ownership: 1 day to 1 week
Verified Owner
Super lucky on Newegg Shuffle!3/22/2021 5:42:53 AM

Cons: AMD drivers!!!! One or two time per day, when playing on my TV on HDMI port, system freeze and crash randomly! The problem less when Radeon Software is off. Never encounter this problem when playing on my 1440p monitor with DP.I'm not alone, a friend has the same problem with his 5700XT. Windows Fiability reports looks like something wrong with RGB ICUE sometimes, other time it's AMD CPU update tool looks like interfere with Radeon Software

Overall Review: This card is amazing and so powerfull!AMD drivers or MSI Bios, I don't know, but something wrong and it's a shame regarding the high quality standard of this graphics card.