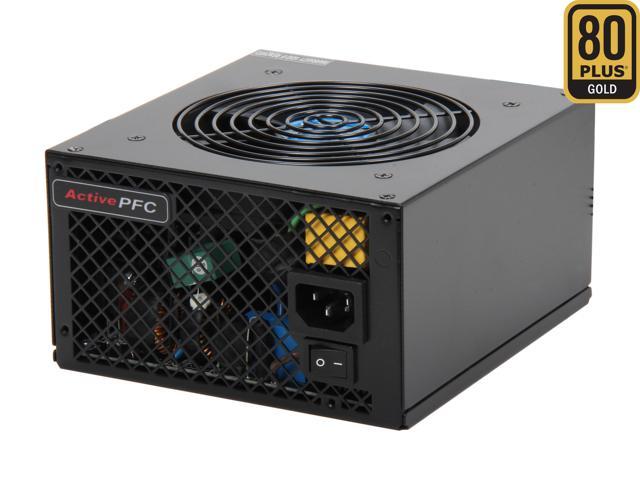 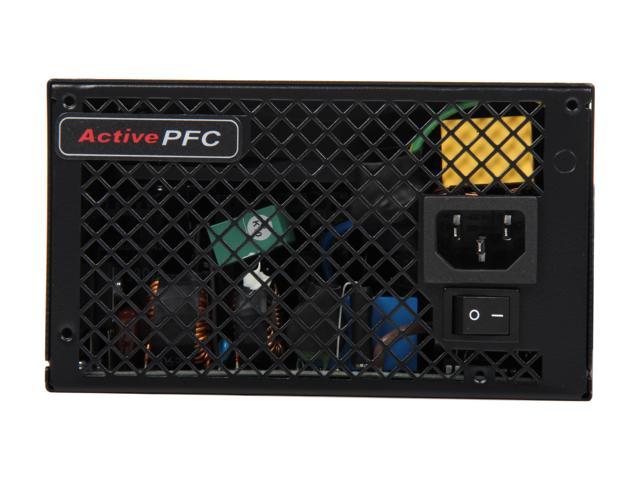 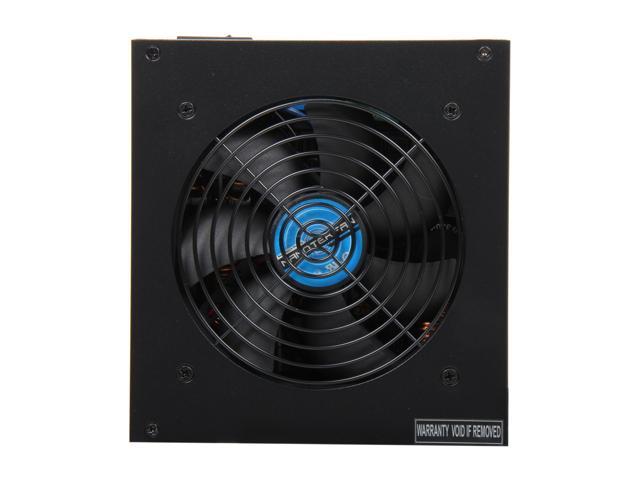 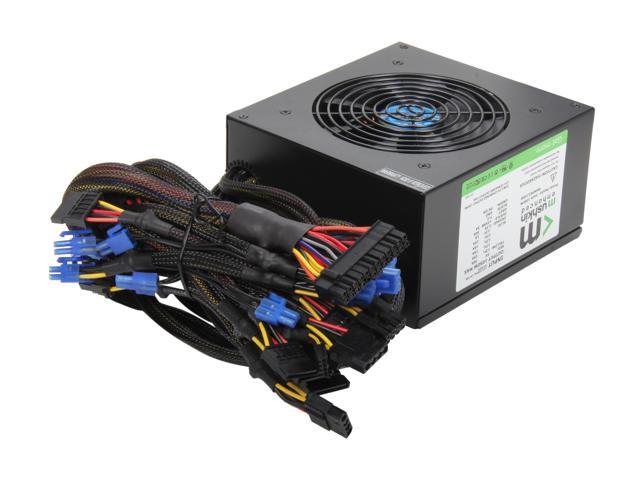 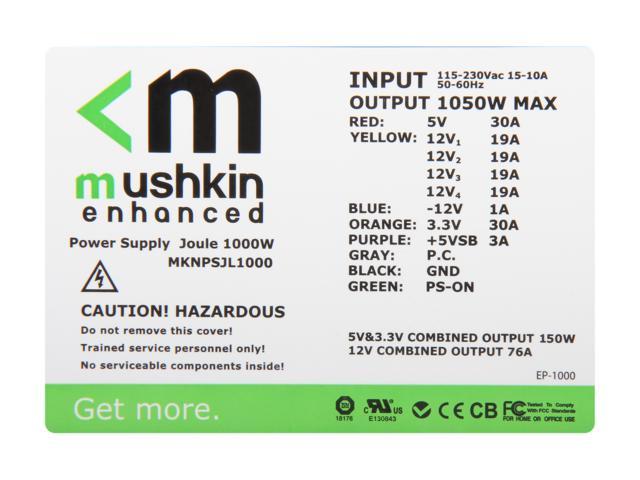 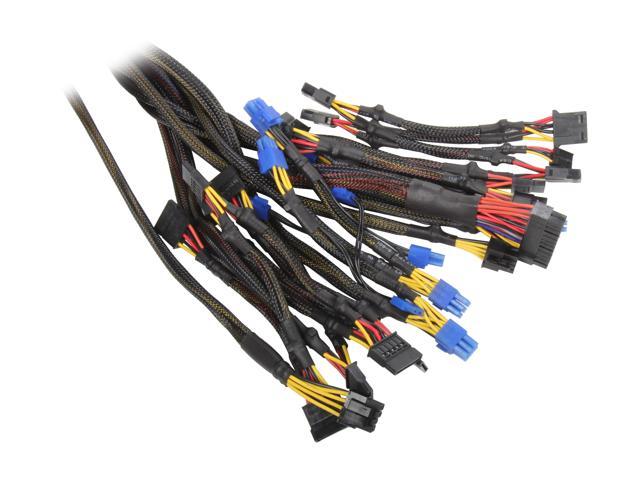 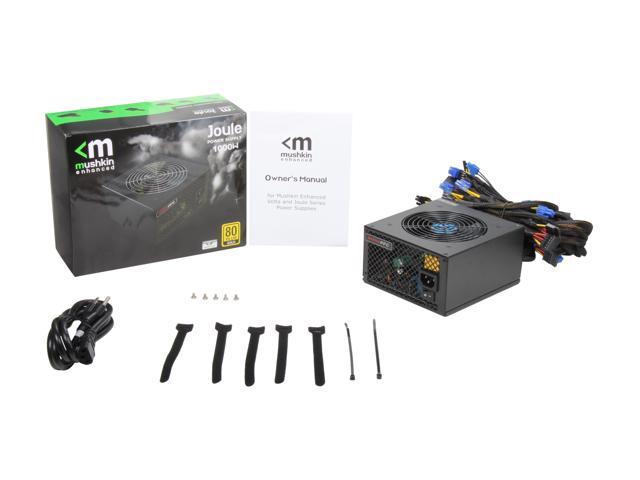 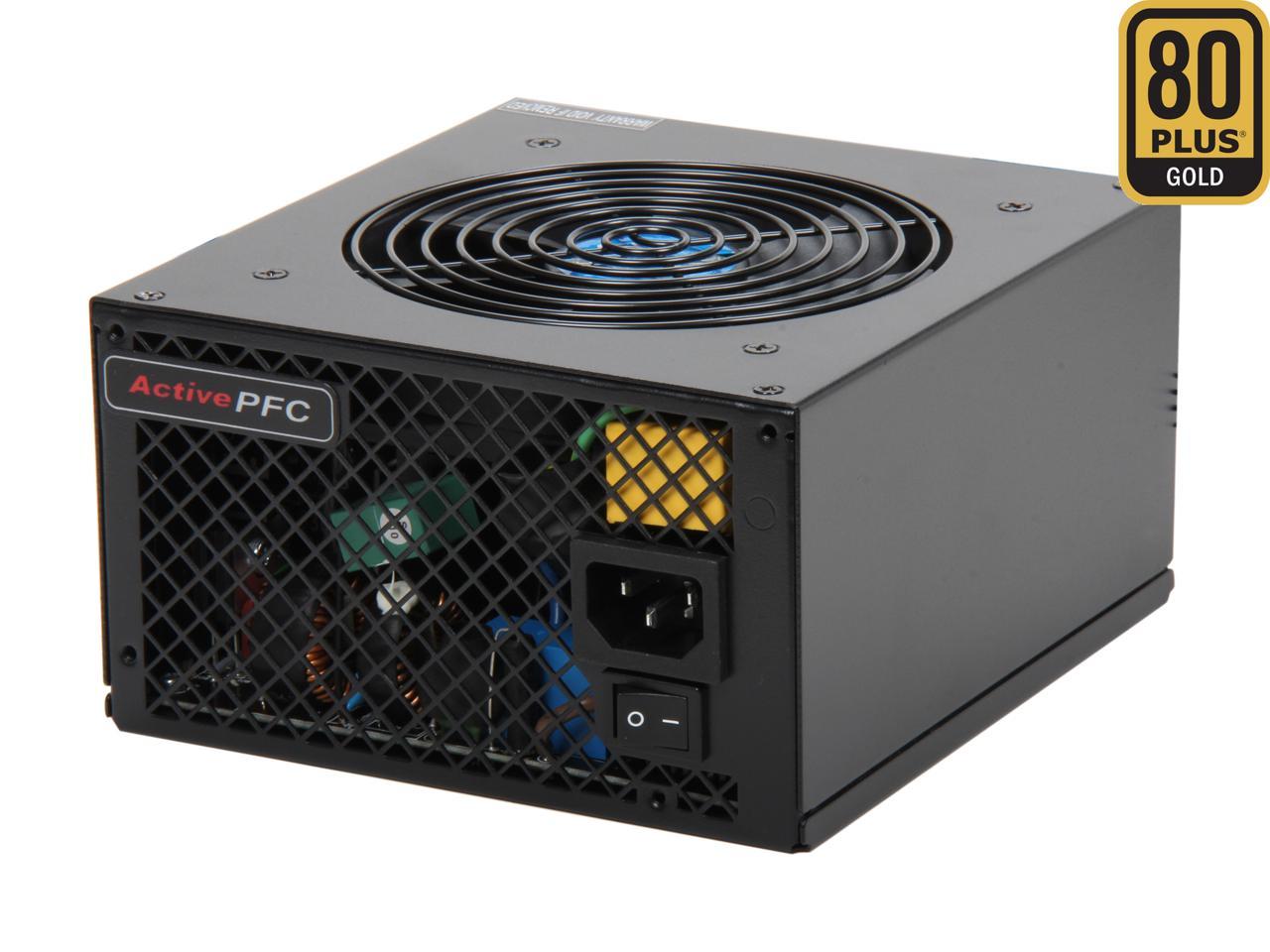 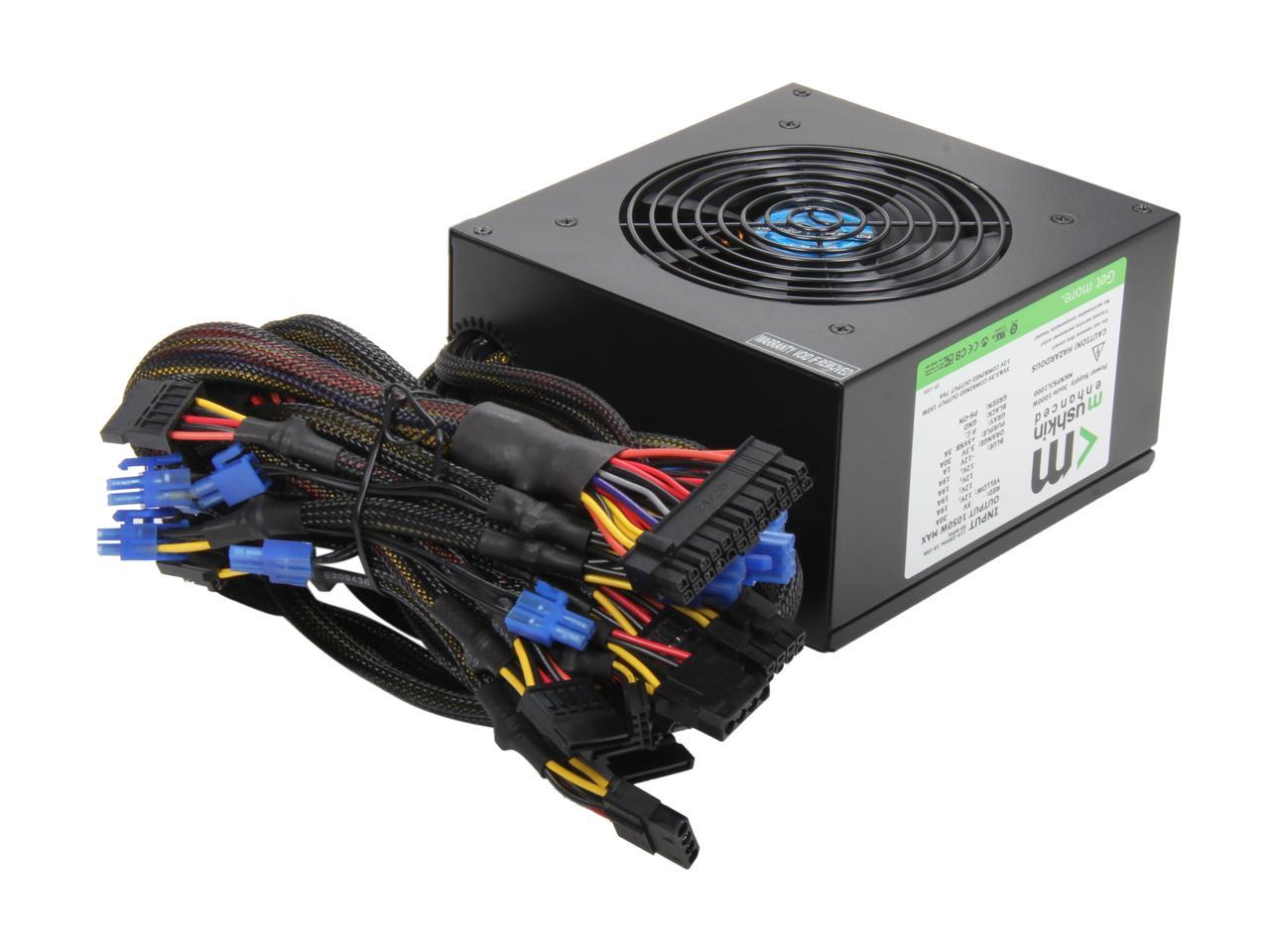 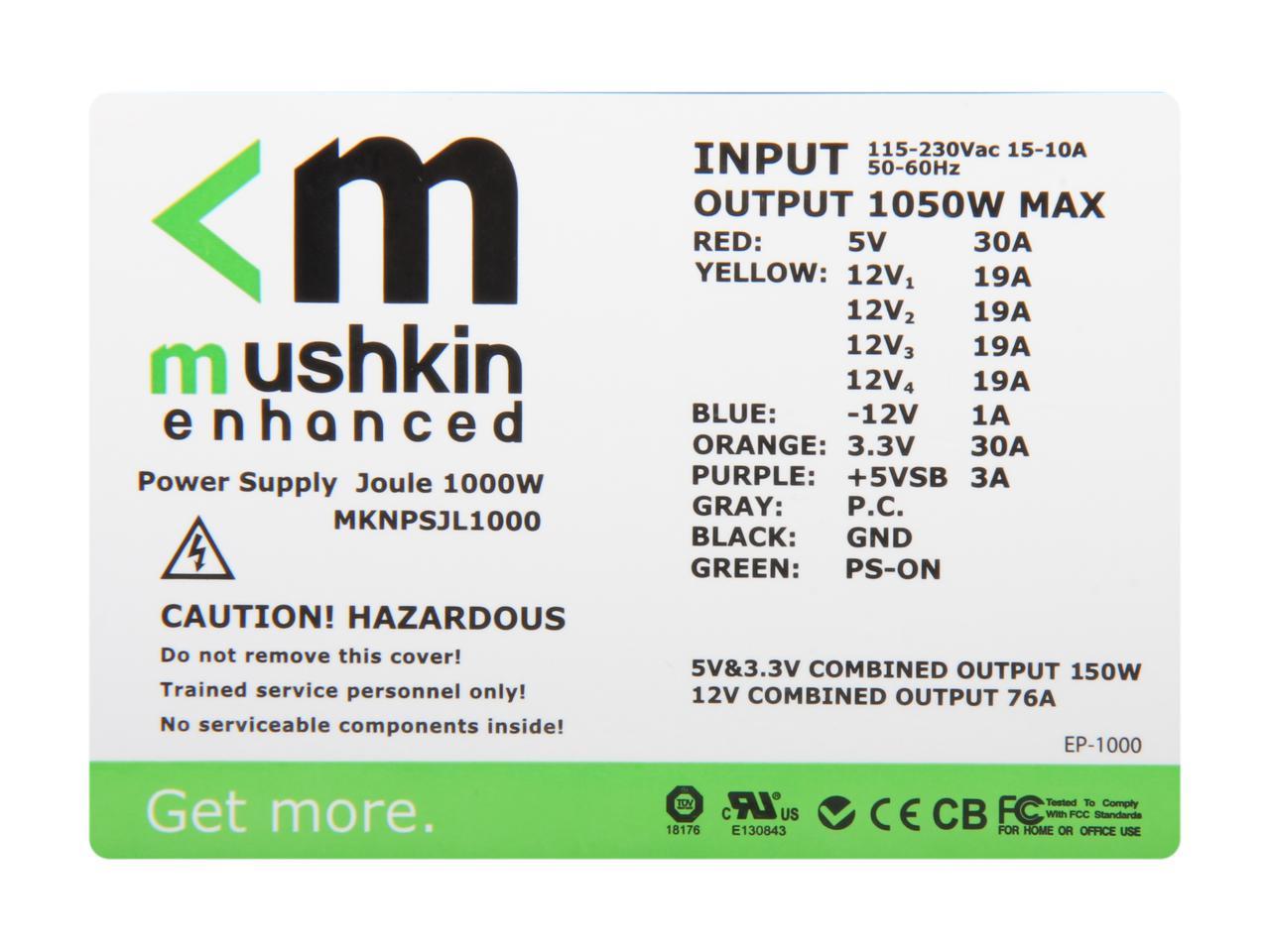 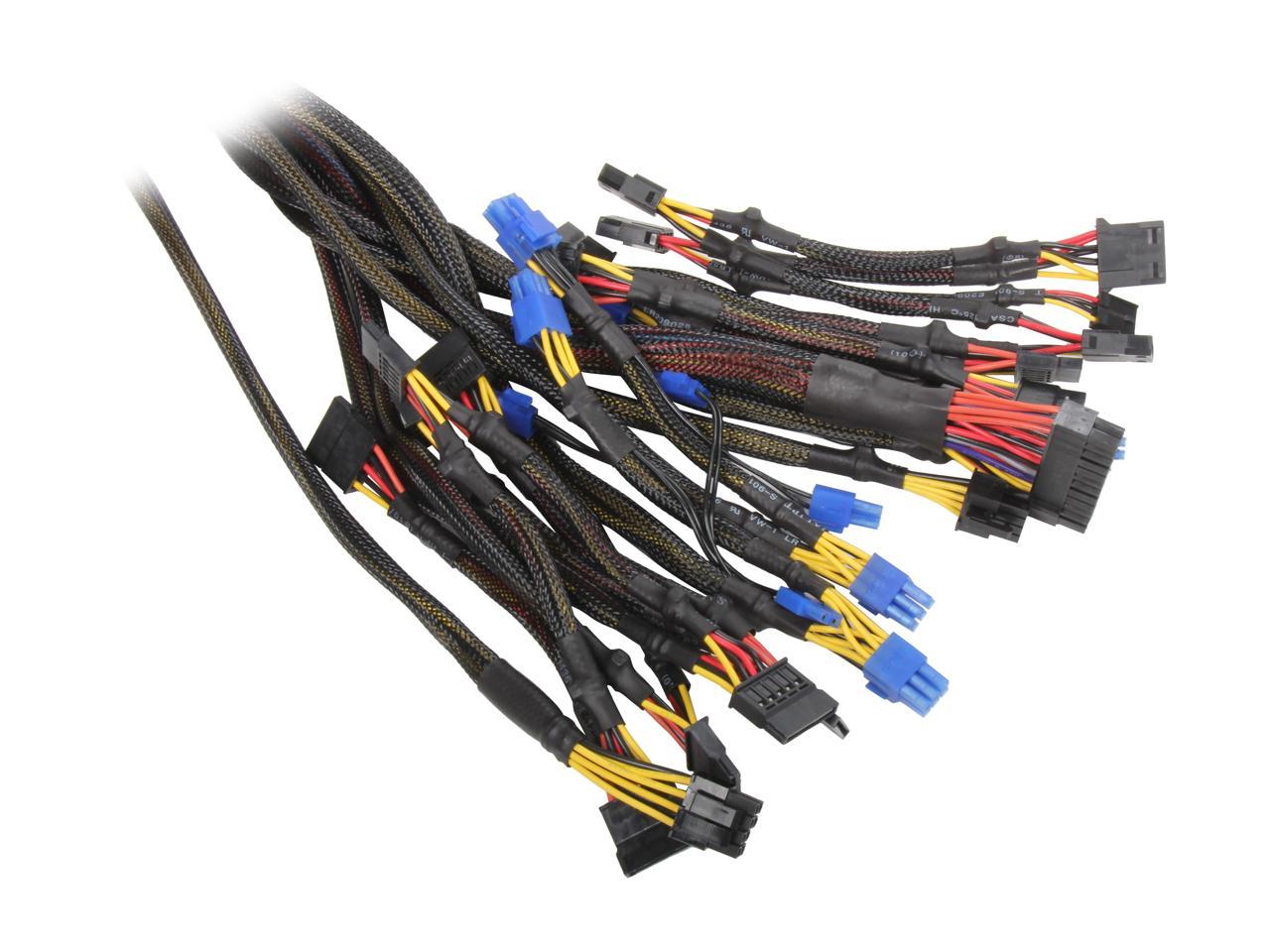 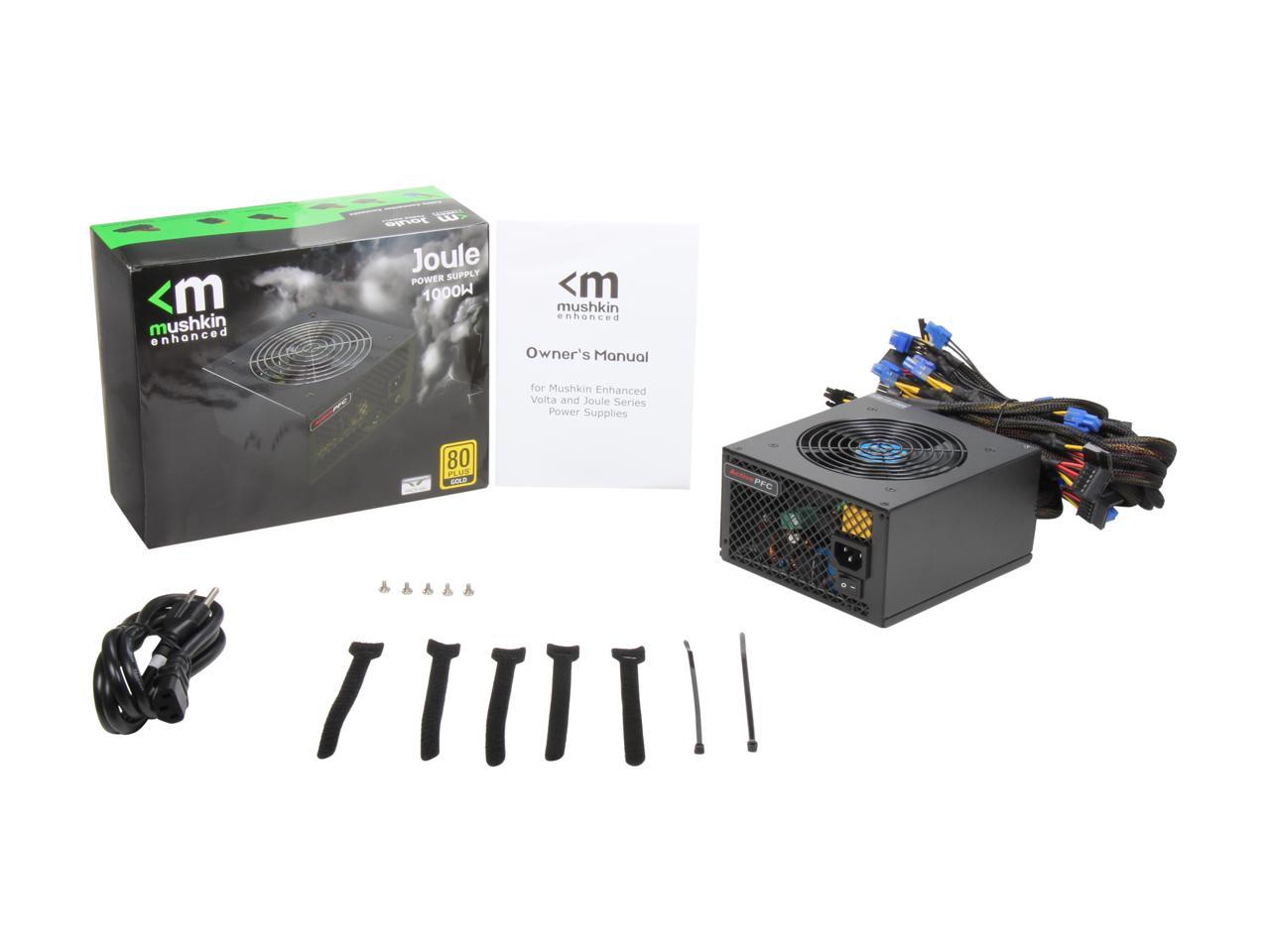 Pros: Where to start? First off this supply is a monster and has plenty of connectors for just about anything you can throw at it. Whats not to love about this power supply?

Cons: A little costly but you get what you pay for. It was a bit heavier than I expected and I had a fun time getting it to sit right in the case. Also the mounting holes call for the supply to appear upside down(IE the logo on the back will be half covered and upside down).

Overall Review: Overall I would recommend this supply if you are planning on setting up a nice gaming computer. The Velcro ties were a nice touch too.

Overall Review: So, I expect blown caps in 2 years

Cons: Installed this for a client in a Corsair 600T and upon booting up the system I hear a fan ticking noise like I had left some loose cable somewhere near a fan. I look around and can't find the source so I turn it back on and listen till I find it. It's in the powersupply. The fan in the powersupply is hitting its own shroud cover. Tick... Tick.. Tick...

Overall Review: I had to open this unit to replace the bushings between the fan and the top of the unit to fix this issue and not delay my customers order. Not a very happy day. PS. I do not and Newegg does not and Mushkin does not recommend opening any powersupply ever. I am a trained powersupply repair professional. Do not attempt this.

Pros: I was looking through PSU's for my build which is, Core I7 980X EVGA X58 SLI3 Motherboard GTX 580 Superclocked 6 Gig's G.Skill PI Series DDR3 Ram & The NZXT Phantom Case. I Heard good things about Mushkin before from friends, & The other 1000w PSU's are pretty unreliable from what I've seen in reviews but, This PSU Is really Reliable, & I bought this thinking it would probably max out at around 1050 watts, It goes up to 1250 watts before it's maxed out, I'm using 900w But this thing is Just a Beast! I Recommend this to anyone building a custom PC that want's a reliable PSU That will last them!

Cons: The Only con's with this PSU are, 1. It's a bit big unless you have a full tower case (But that's to be expected for a 1000w PSU). 2. The cable's are pretty hard to hide behind you back panel if you decide to do some cable management, & it's not a modular PSU so keep that in mind. & 3. It's a beast, & it's big so its a bit heavy, weighed in at 8 pounds with just PSU / Cable's alone.

Overall Review: For $200 it's a bit pricey but, It's worth the price IMO. & If your worried about noise It's as quiet as a mouse, Also I think the price may have gone down since I bought it but, It's definitely worth it, I highly recommend this to anyone that needs some real power.

Cons: The cables are a bit stiff but after you get them where you need them, who cares, right? Not modular, but I knew that when I bought it at the time.

Overall Review: I recommend this power supply. I purchased in October 2011, it stopped working Mar 2017. Almost full to full load for almost 5½ years, 24/7 is not bad. Ran several systems over the years for GIMPS and GPU72, usually dual GPU 580s with an i7. I haven't opened it yet to see what went wrong, but I'm pleased with the performance I got out of it until now. I know most won't buy this PS anymore, but if you come across a used one, you'll be happy with it!

Pros: Plenty of connectors for most installations. Seems well built, cables are wrapped nicely and are plenty long enough for a mid-tower case. I would think they would be long enough for a full tower as well.

Cons: Absolutly horrible packaging for shipment. PS is shipped with minimal protection. First PS had a broken SATA connector. I sent it back under warranty and Mushkin promptly lost it - found it after 3 weeks, shipped me the replacement - and yes, another broken SATA connector. Shipped it back again (both times at my cost), and received a replacement in 2 weeks. Third power supply arrived in a damaged box - but at least the connectors weren't broken. First 60 days the PS had more miles on it than my car. Mushkin also refuses to cross-ship, which adds to any replacement time, and does not reimburse shipping costs.

Overall Review: Cables are not modular, but I knew that when I bought it. The cables are a little stiff, so curling up the unused cables was somewhat of a challange. Make sure you have space to store the many unused cables!

Cons: 1- I ended up breaking one of the sata cables installing into my HDD, incredibly flimsy, irritating, but was also my own fault. 2- The power cable for the CPU wasn't long enough to route through my case, its irritating since its draped across my case unlike all the other wires which are all routed well. Small complaint though.