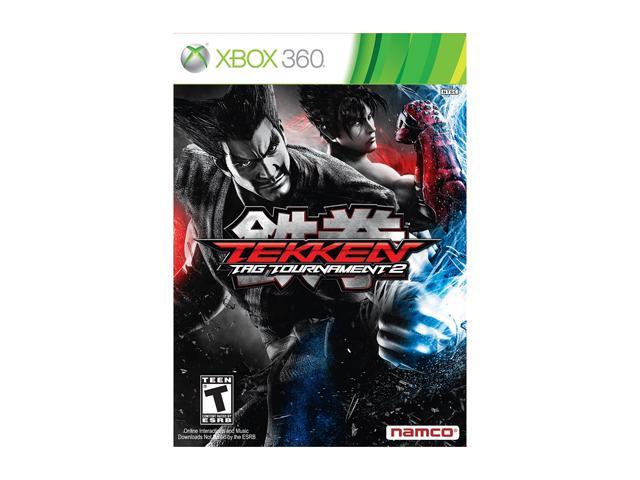 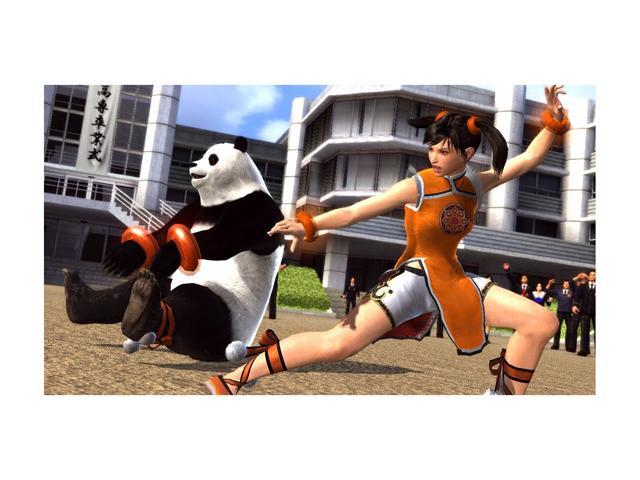 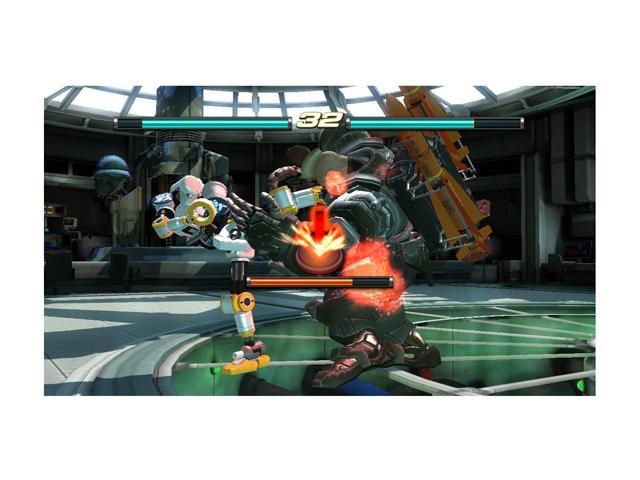 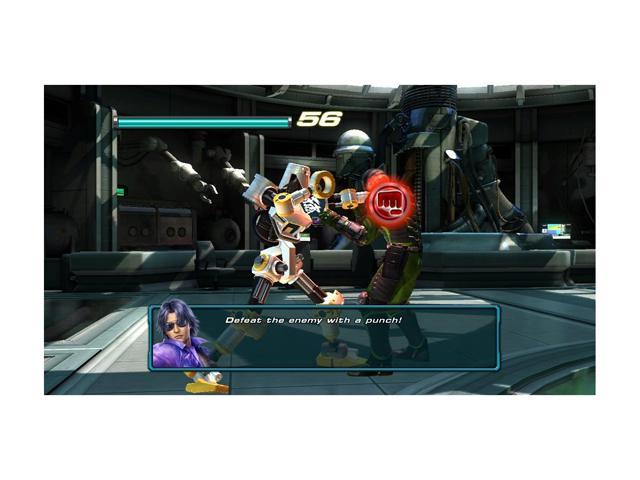 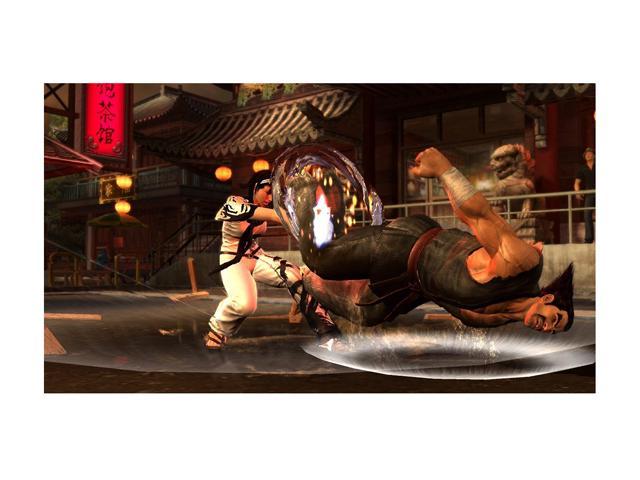 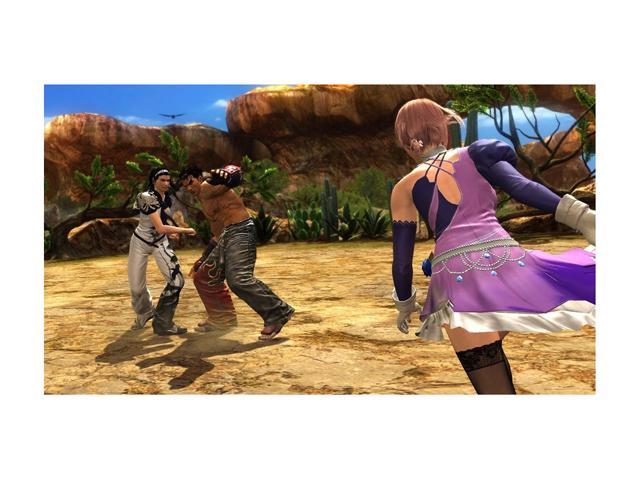 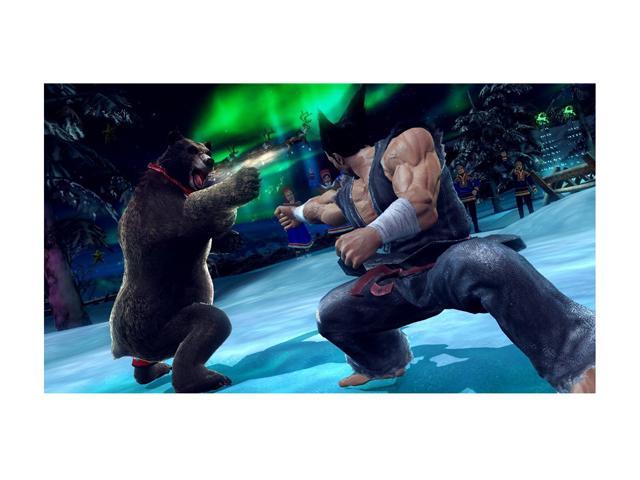 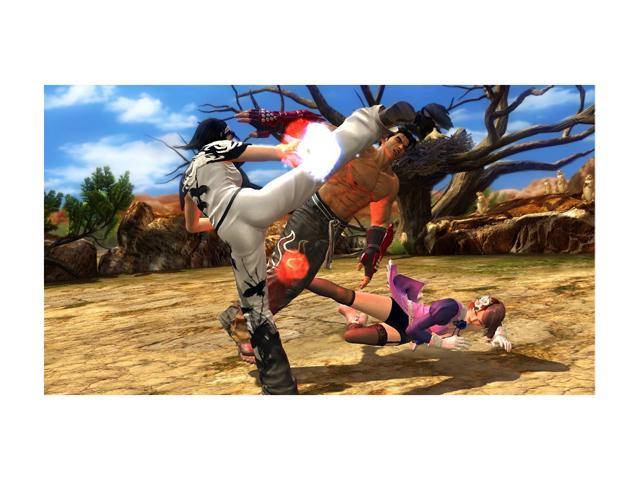 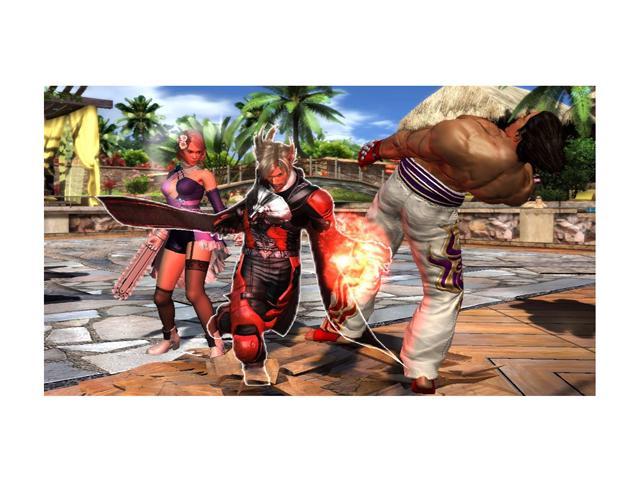 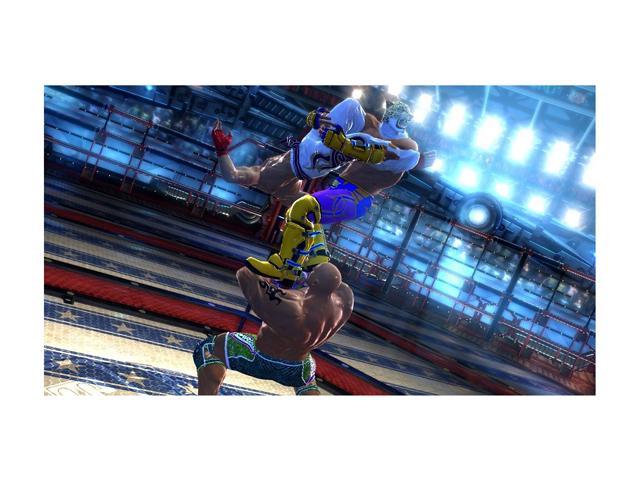 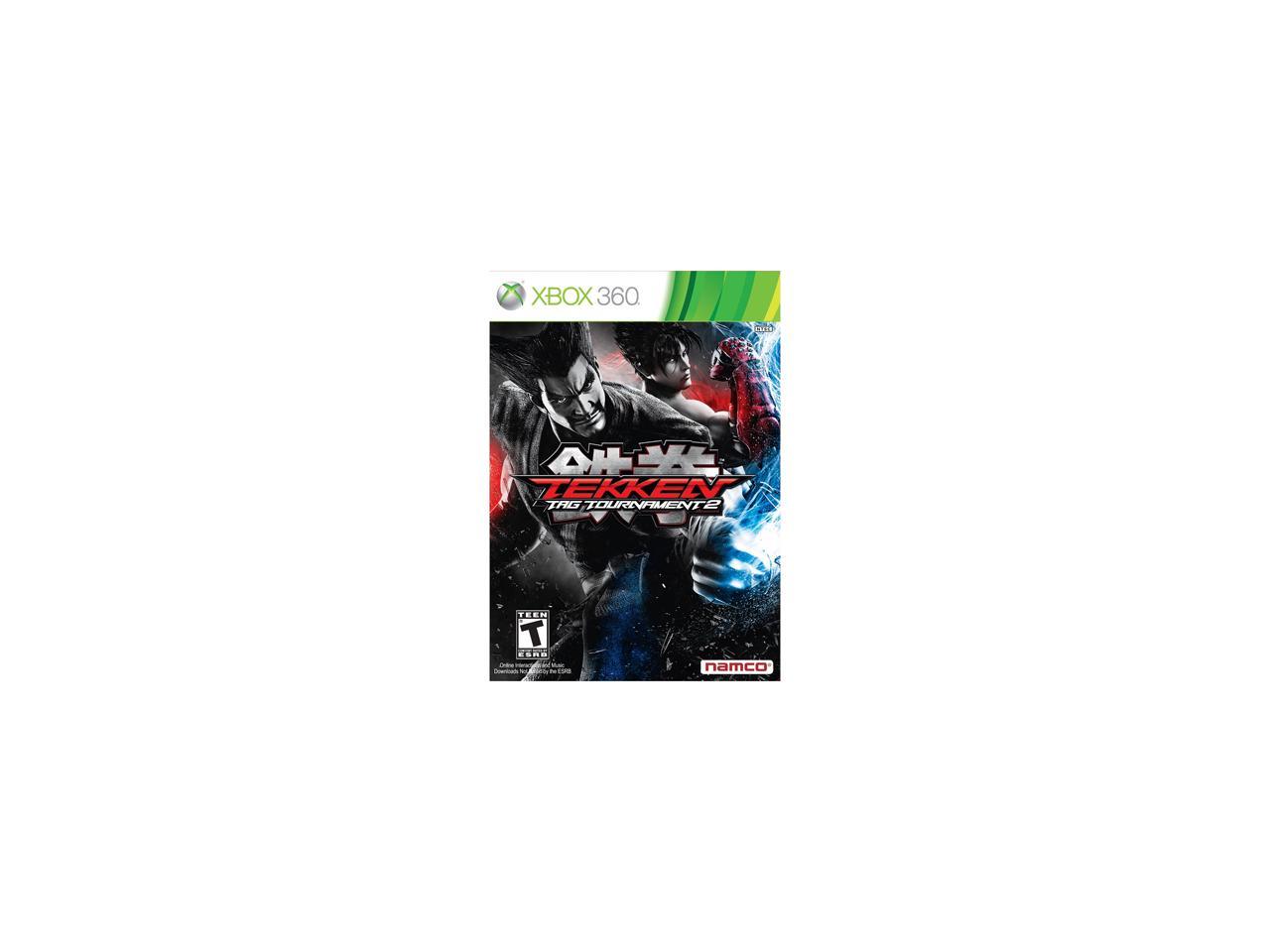 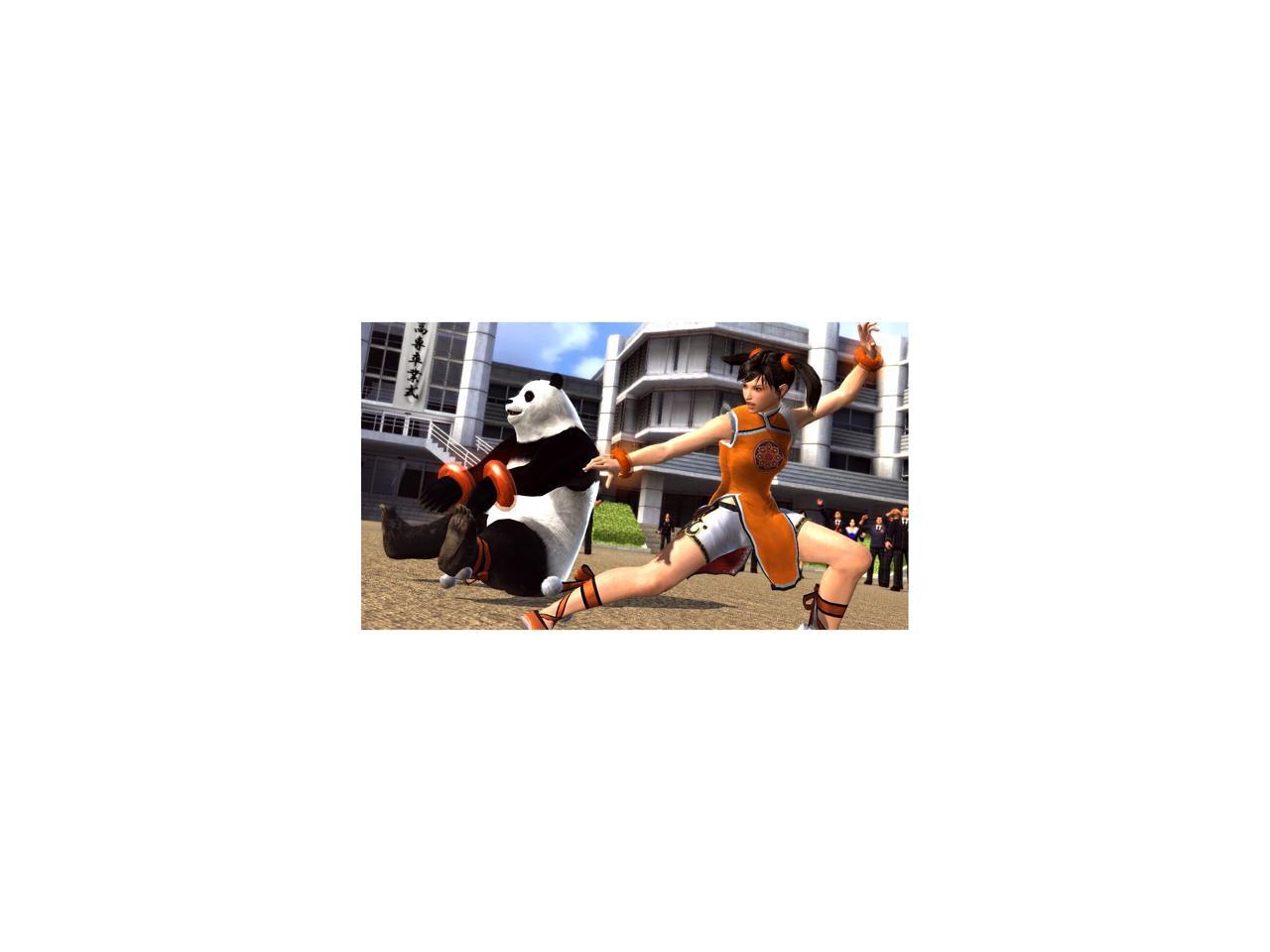 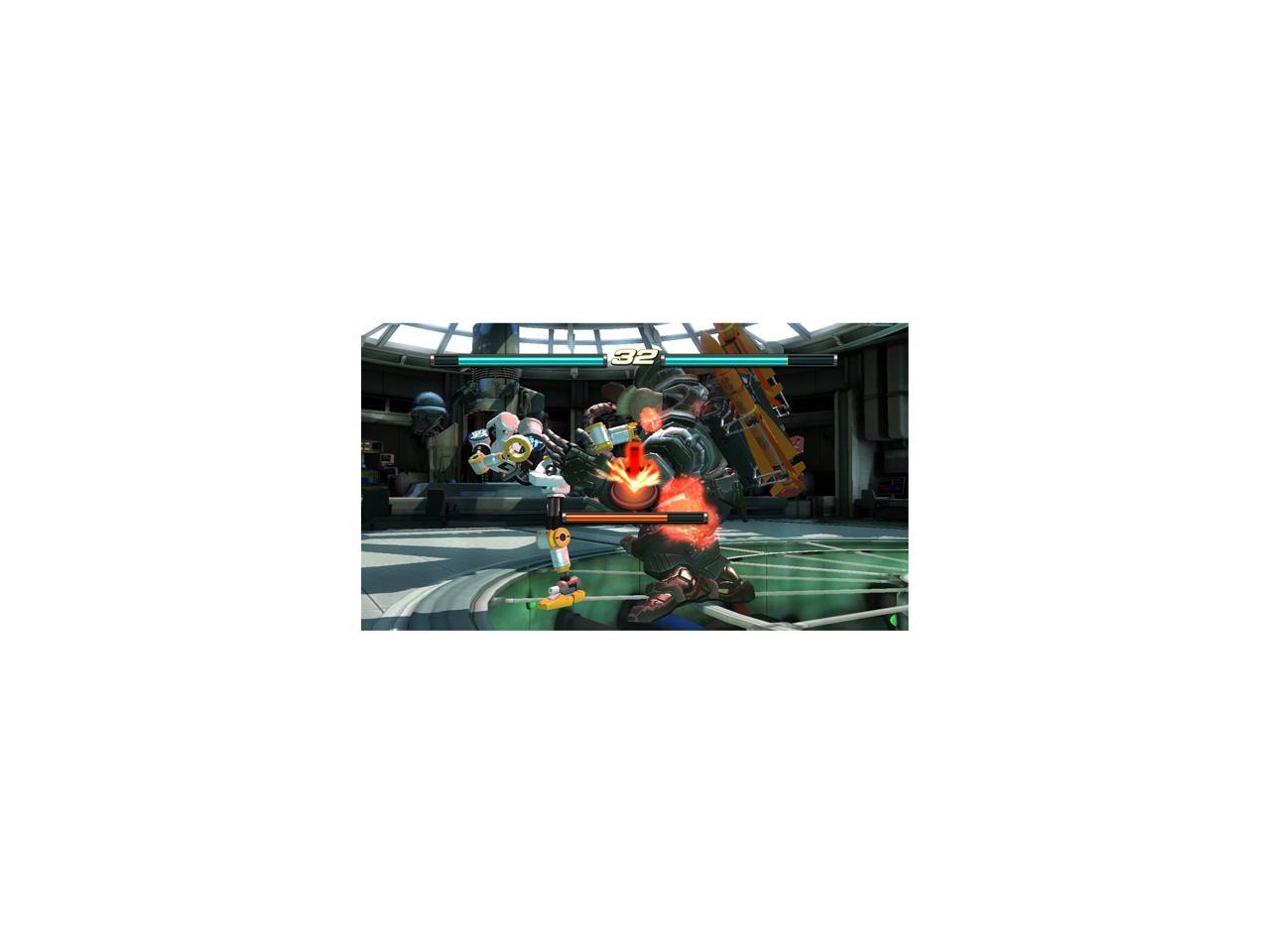 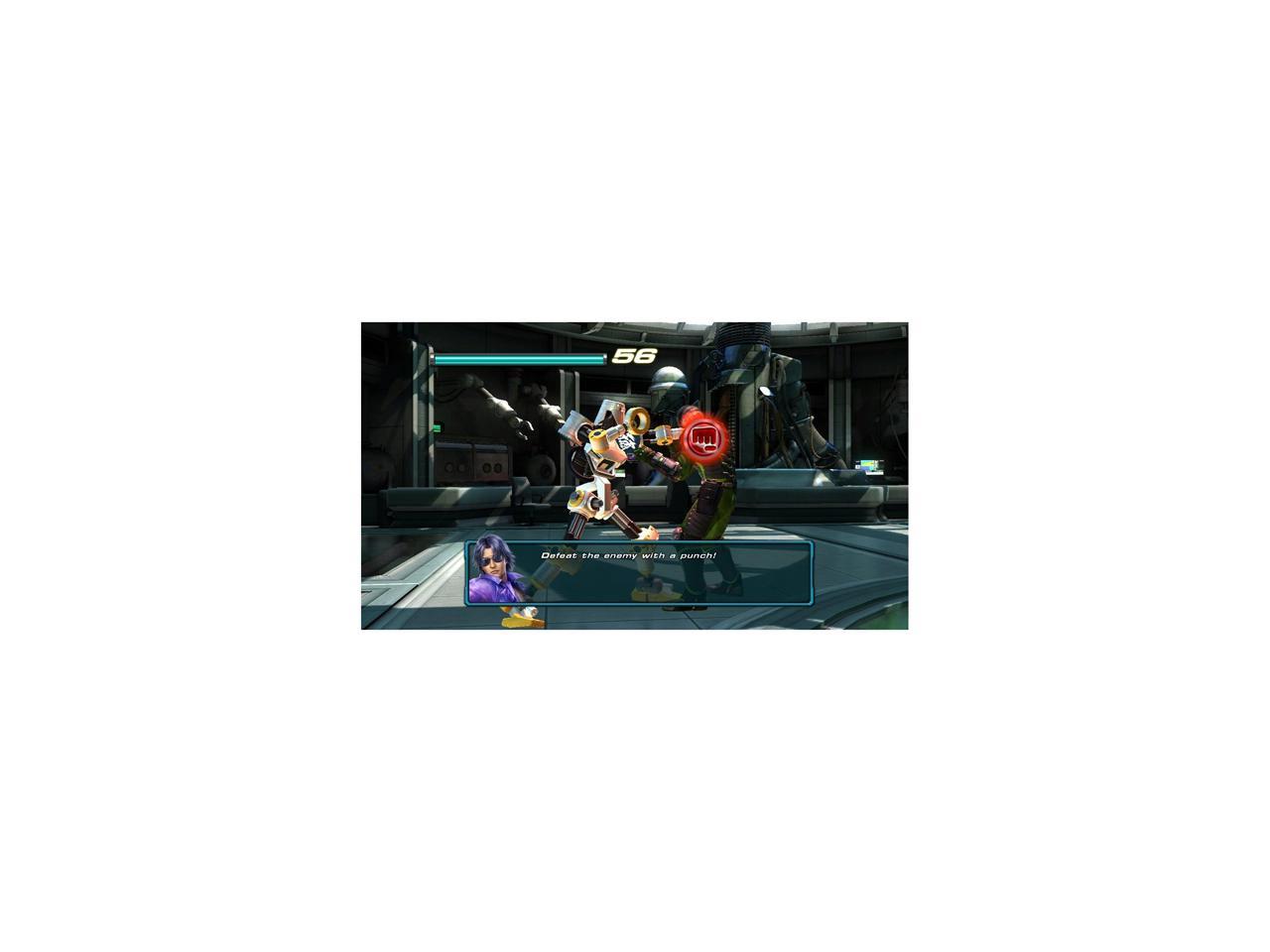 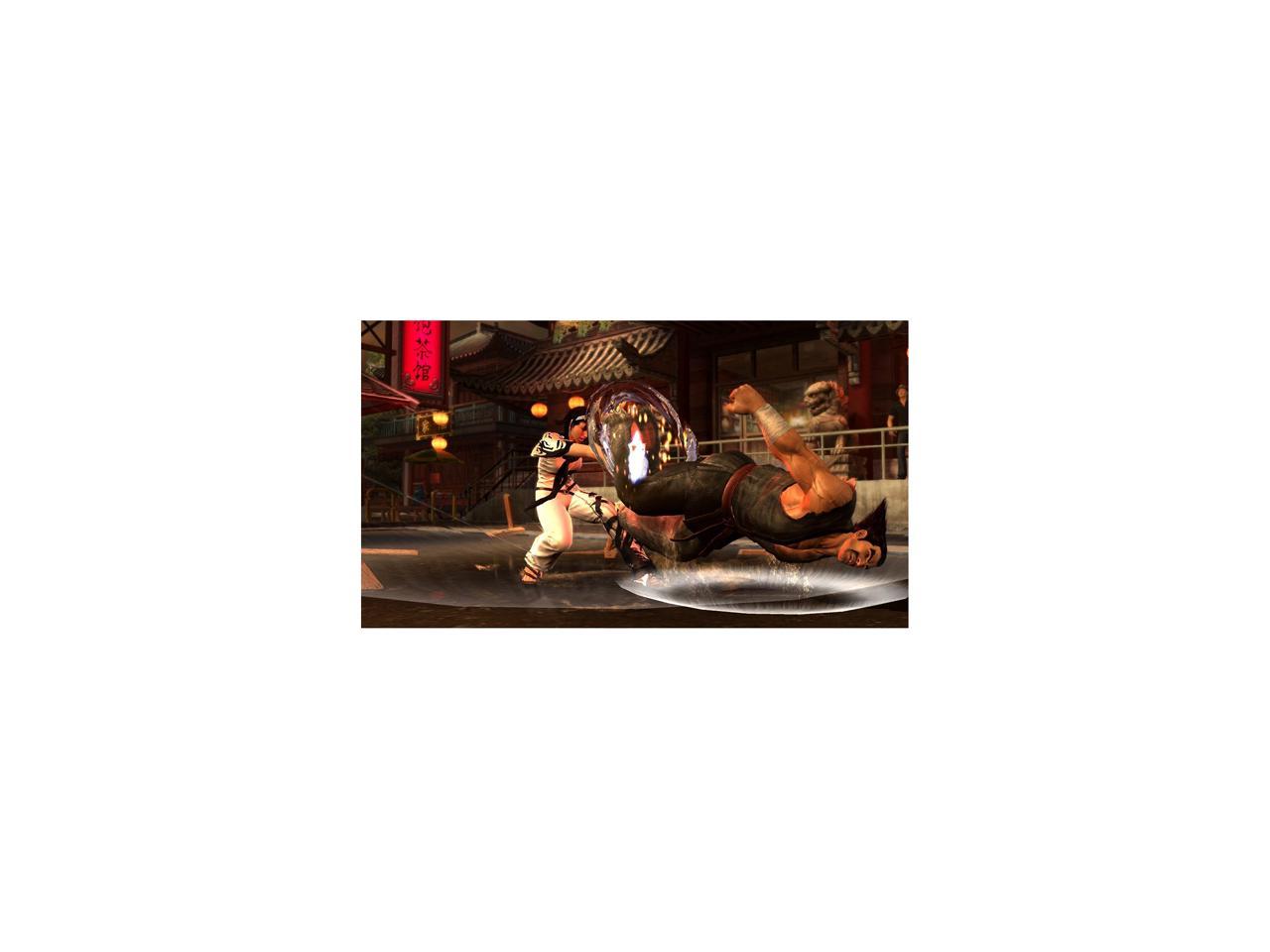 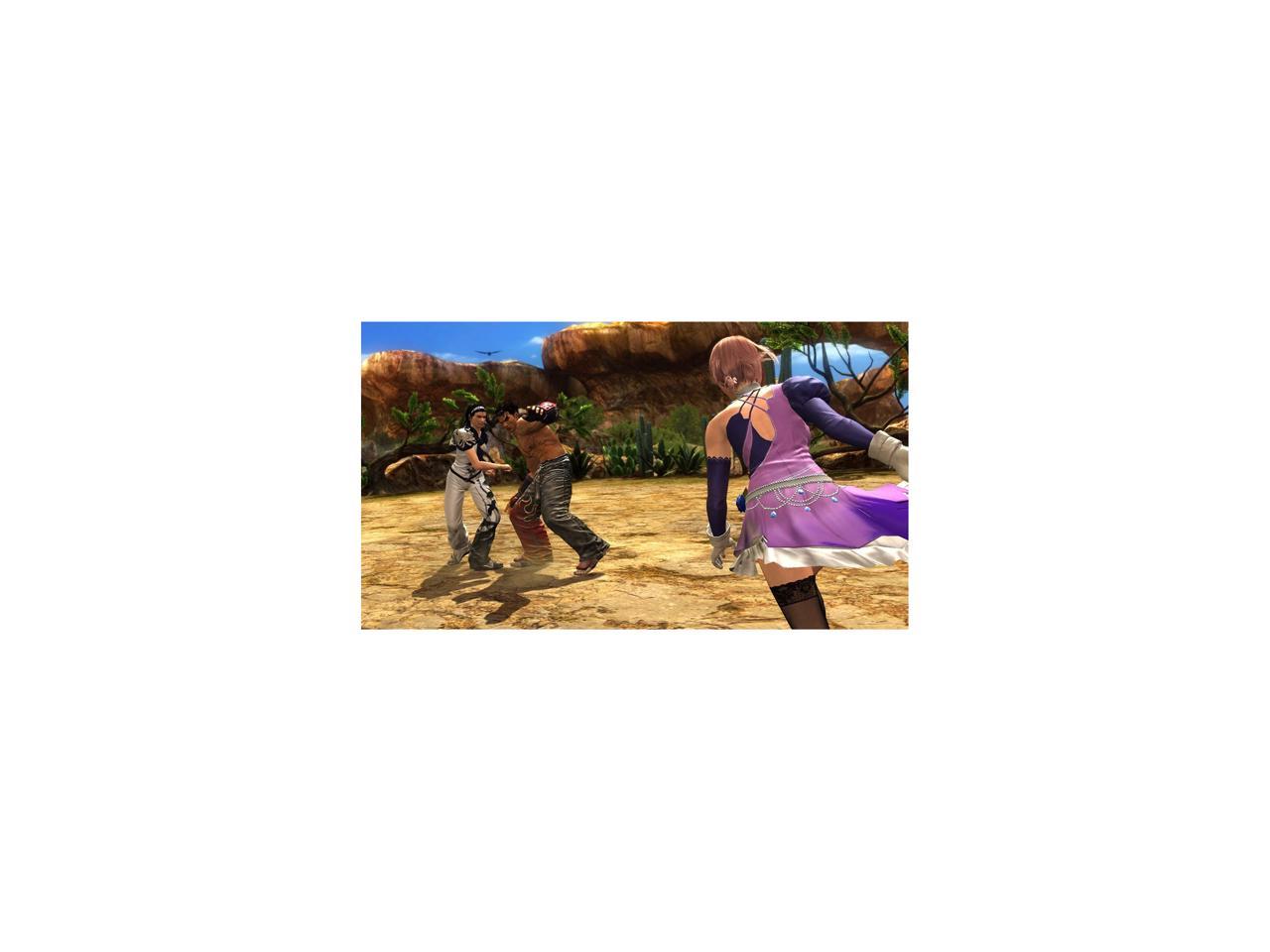 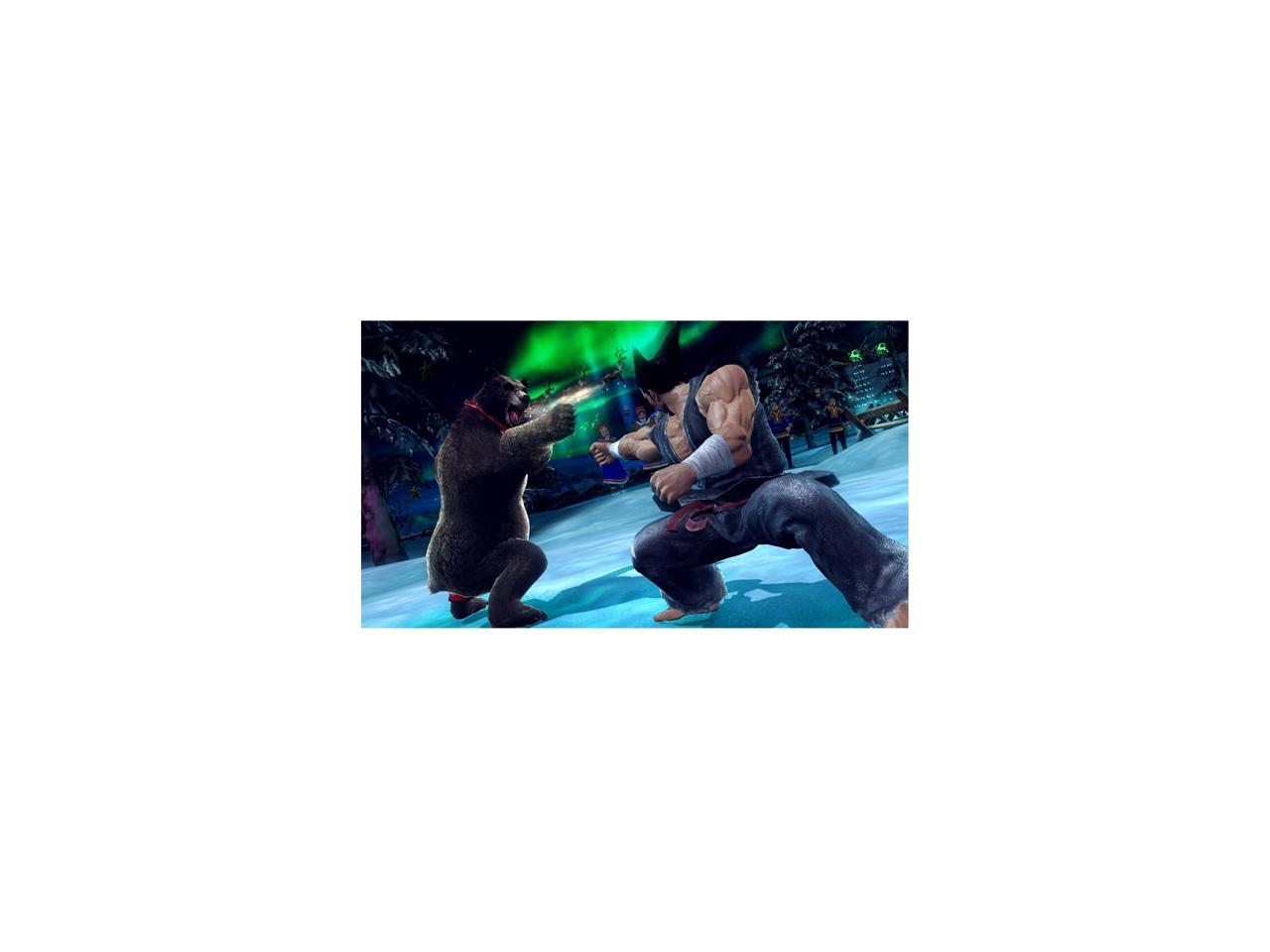 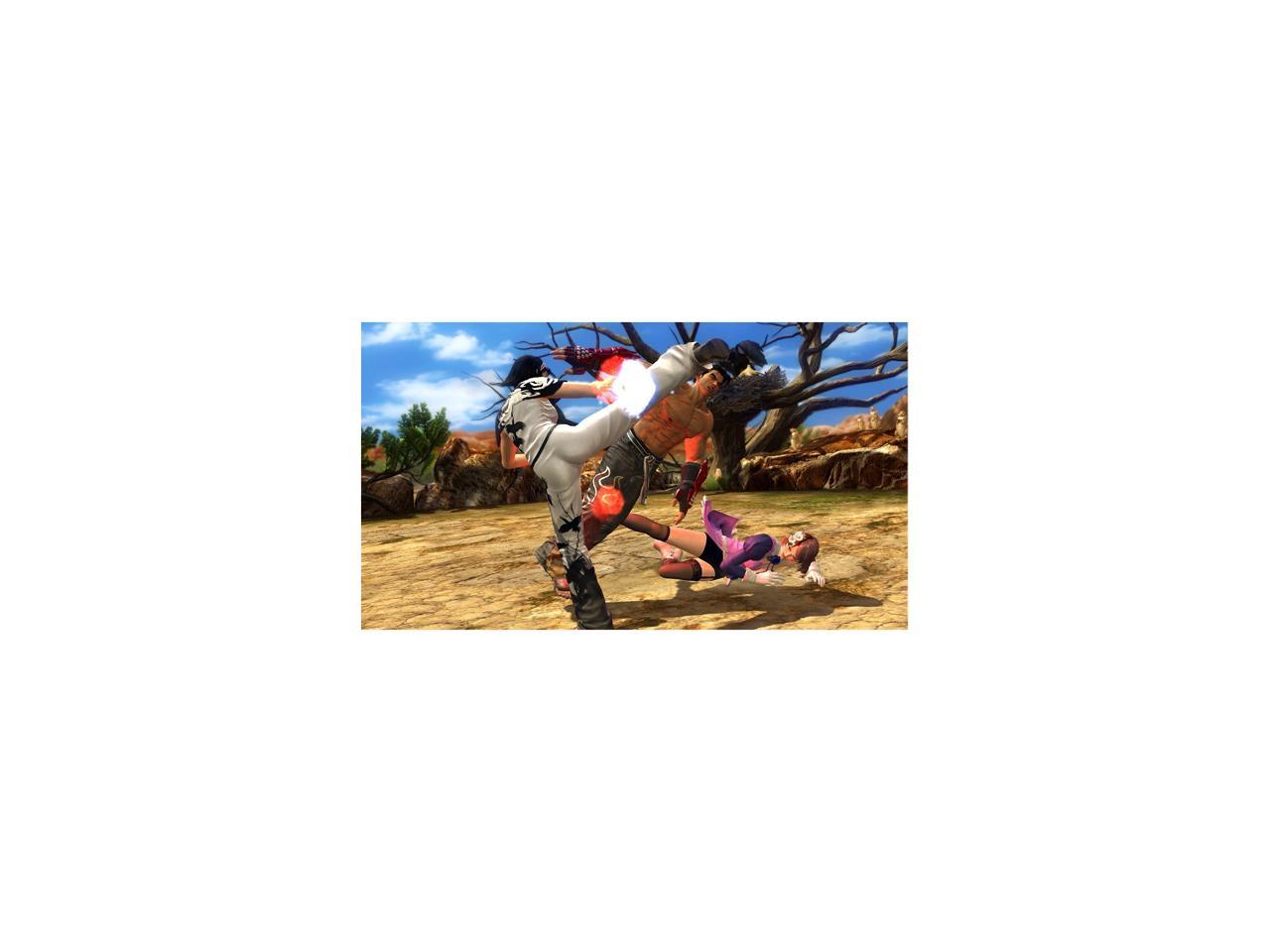 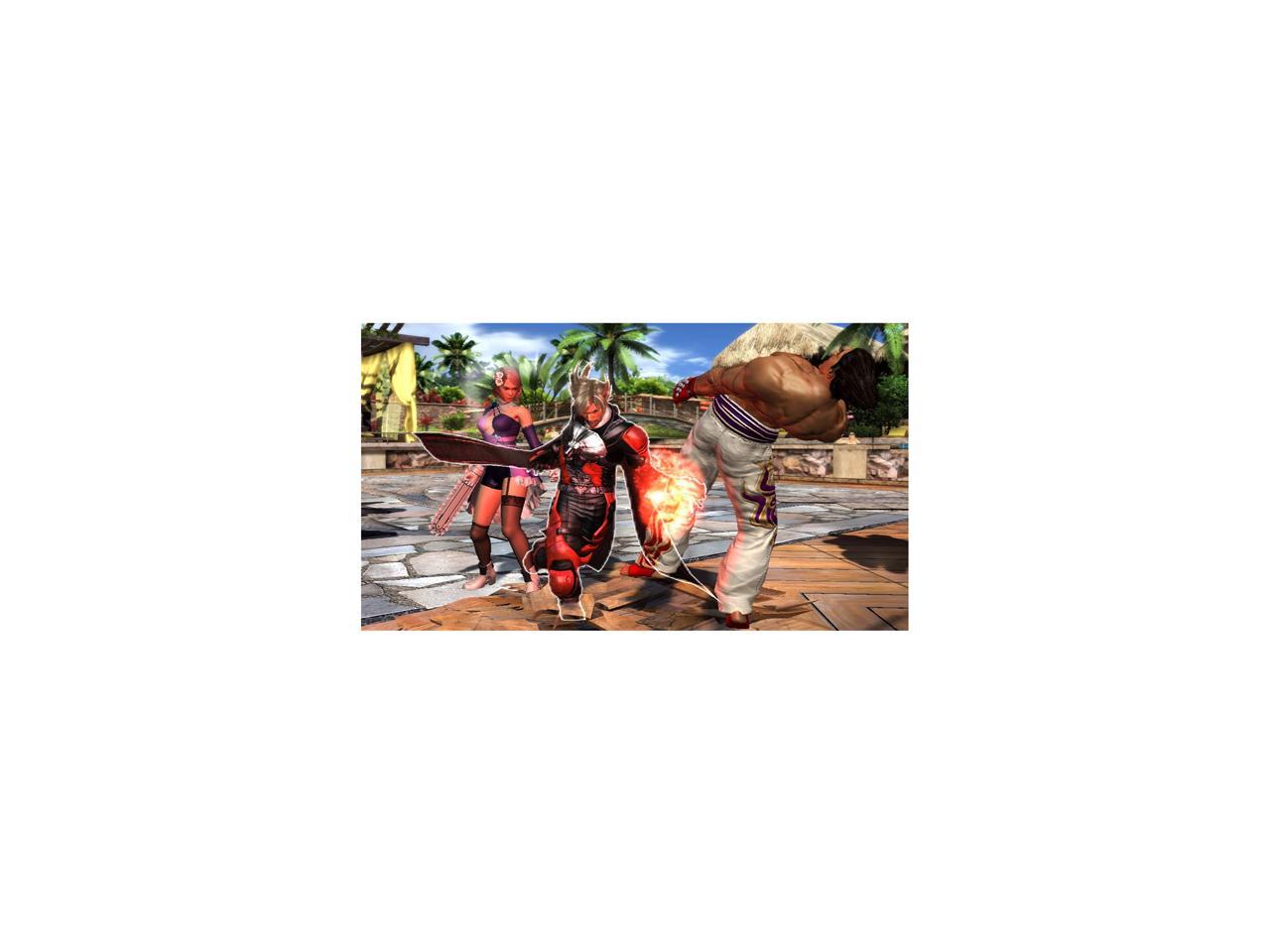 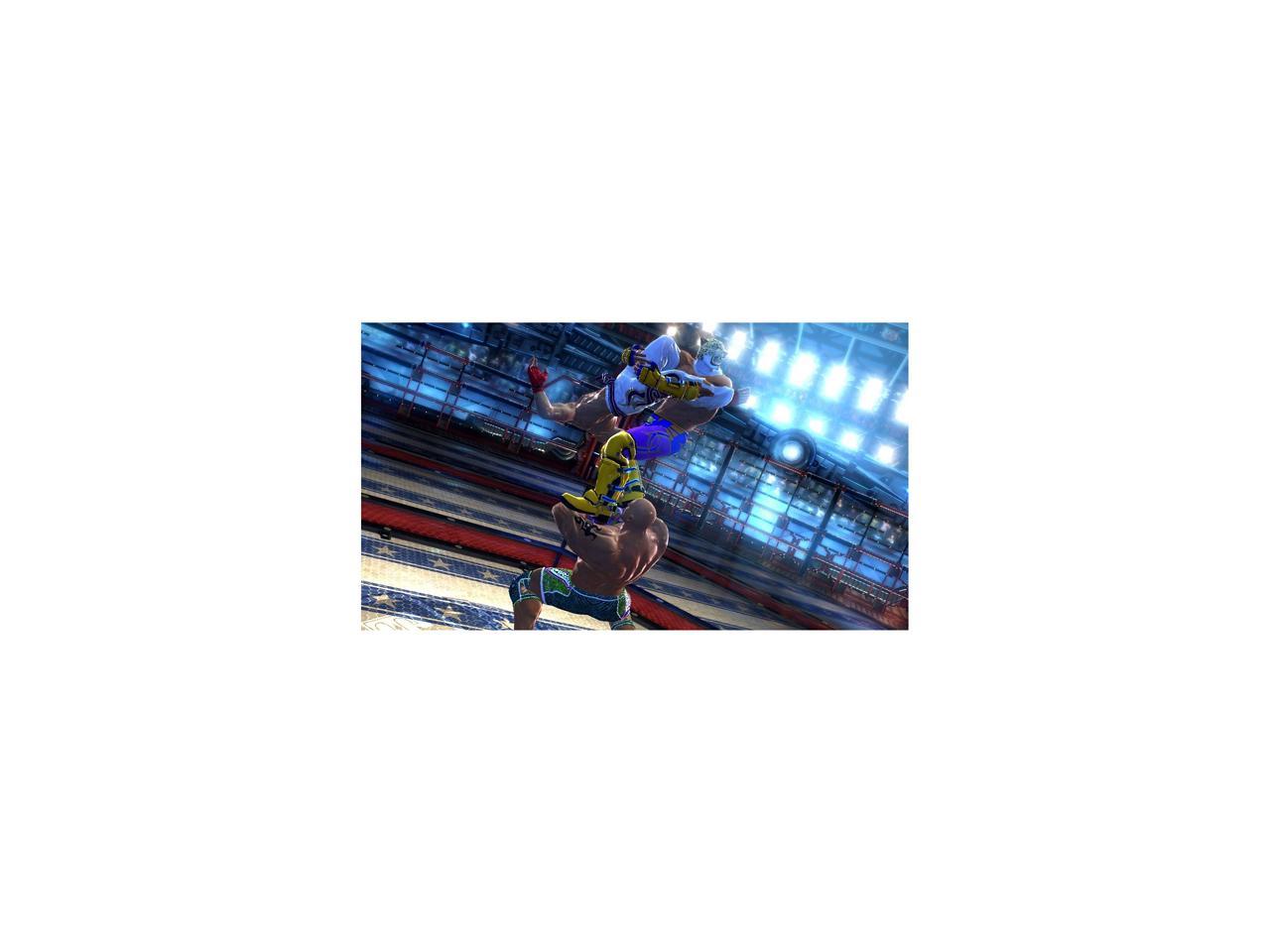 The original tag-team fighting game is back and delivers all-new characters, features, explosive battles and more. Featuring more than 50 playable characters to choose from, Tekken Tag Tournament 2 lets you square off in thrilling two-on-two, one-on-one or one-on-two fights with franchise favorites and newcomers to the series. Utilize advanced attack mechanics to unleash critical combos along with new tag-throws and tag-combos to dominate your opponent. Jump into the action in new stages set in a variety of countries all over the globe. Experience cool water and dirt environmental effects that alter your character's clothing conditions in real time. Enter the all-new Fight Lab mode to personalize Combot's appearance and, for the first time, his moves. The next battle awaits - who will you tag for battle?

Pros: -Almost all the characters are back such as Forrest Law, Alex, and Ogre. (Thanks Namco! Unlike greedy Capcom, who wants you to pay another $30 to get the "ultimate" edition.) -Sick tag combos. I was getting bored of the same 3-5 juggles. With tag combo's, there are almost endless possiblities to deal heavy damage. -Grabs are escaped by L+R punch. If I recall, early tekken games used escape with L, R or L+R. Now it's even easier to get out of grabs. -All extra characters (5 I think), will be available for free. (Awesome Namco!) -The command list is easier to use compared to Tekken 6. You can now lock the command list while practicing. I hated going back and forth in the pause screen. - Beautiful stages, creative layout.

Cons: -Online pass. (BOOOO! Namco, why would you do this?) -Two or three new moves per character (I was so disappointed when Steve only got two new moves and nerfed some of his juggles). -Fight Lab is basically a tutorial for new players with no fighting game experience. I lost interest after the first stage. -Small selection of clothing and variety. Almost all characters have the same things like superhero costumes, aviator glasses.

Overall Review: I don't know what these reviewers are talking about, using d-pad to fight. You can change the controls if you take the time to change the controller setting. The first thing I did was change movement to joystick and disabled tag on the right joystick. This is so I don't tag accidentally. I love the Tekken franchise. They really know what the fans want. They brought all the characters back, but require you to have an online pass to play online. They give you a code with a new copy but if you buy this used expect to pay for an online code. I can't wait for Tekken 7. I need my fix for more moves, 10+ new moves preferably per character.

Pros: - Best competitive Tekken to date - Most complete character list to date - Just a whole lot of fun if you're a Tekken fan - Fight Lab is pretty hysterical - Tag and solo fighting - up to 4 players at a time - tag ins and outs yelling at your friends is awesome

Overall Review: I wanted a fighter that wouldn't be re-released 2-3 times down the road. Namco does a good job with their fighters the first time and all of the DLC characters will be free over time and balancing will be done via updates. I'm kind of new to the game, but I can beat people online with the bad X-Box D-pad. It's not a deal-breaker, but it can be better implemented. Not having the joystick is kinda weird as I've gotten used to using it in other fighters. The 4-player tag mode is really awesome and extremely fun to play.

Pros: Plays like the Tekken you already know if you're a fan (feels like a more fair and balanced Tekken 6). Mostly runs smoothly with occasional minor hiccups. The Netcode is much improved, even better than Soul Calibur V.

Cons: Not a lot of gameplay modes (don't really need them) The Combot Training mode may help newer players but is far from teaching you the game.

Overall Review: If you've never played Tekken before consider picking up a copy of Tekken 6 before deciding to play this, just in case you may not actually like playing. If you like Tekken 6 this is a very very worthwhile buy. Also to the guy that was talking about playing this game on a controller, his review is useless. Why would you rate the game itself based on the fact that the 360 controller has a terrible dpad for fighters. Any self respecting player bought a converter/3rd party pad/arcade stick to play. Don't blame the game itself for the faults of the system/owner.

Overall Review: What good is a fighting game if the controls do not function? The D-Pad on the Xbox 360 controller is terrible for this fighting game. When I input moves the character either stands in place or ducks down. I'm moving on to check out the PS3 version