Purchases from these Sellers are generally covered under our Newegg Marketplace Guarantee.
206 Ratings (92% Positive)
Shipped by Newegg
Sold by: 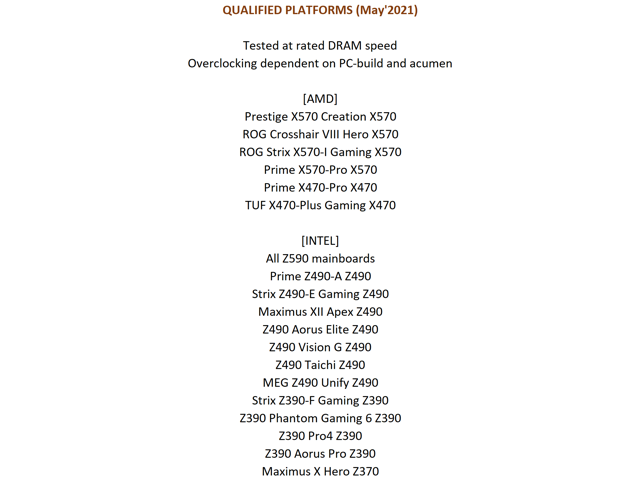 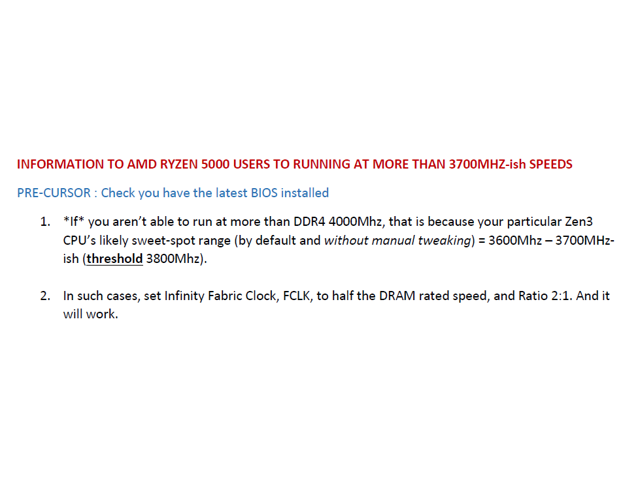 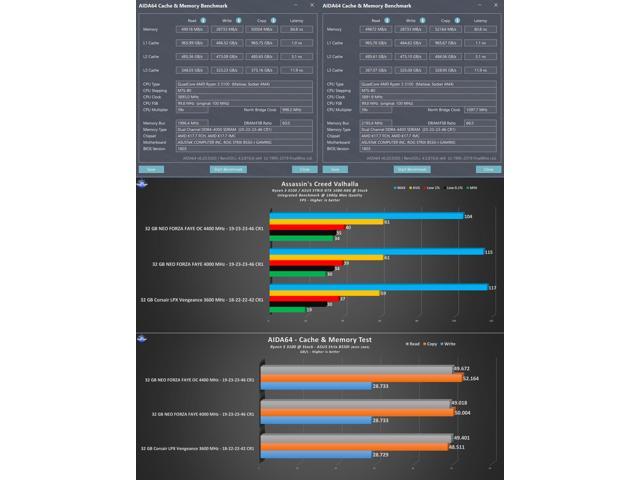 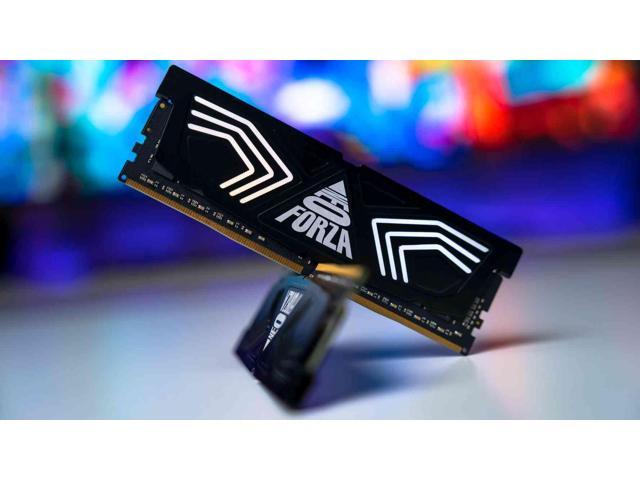 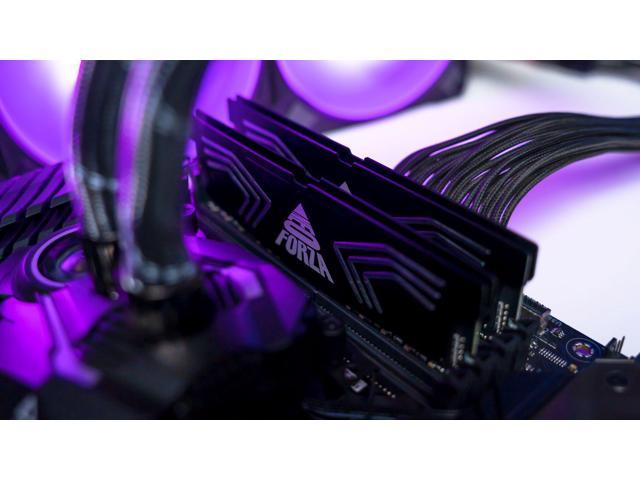 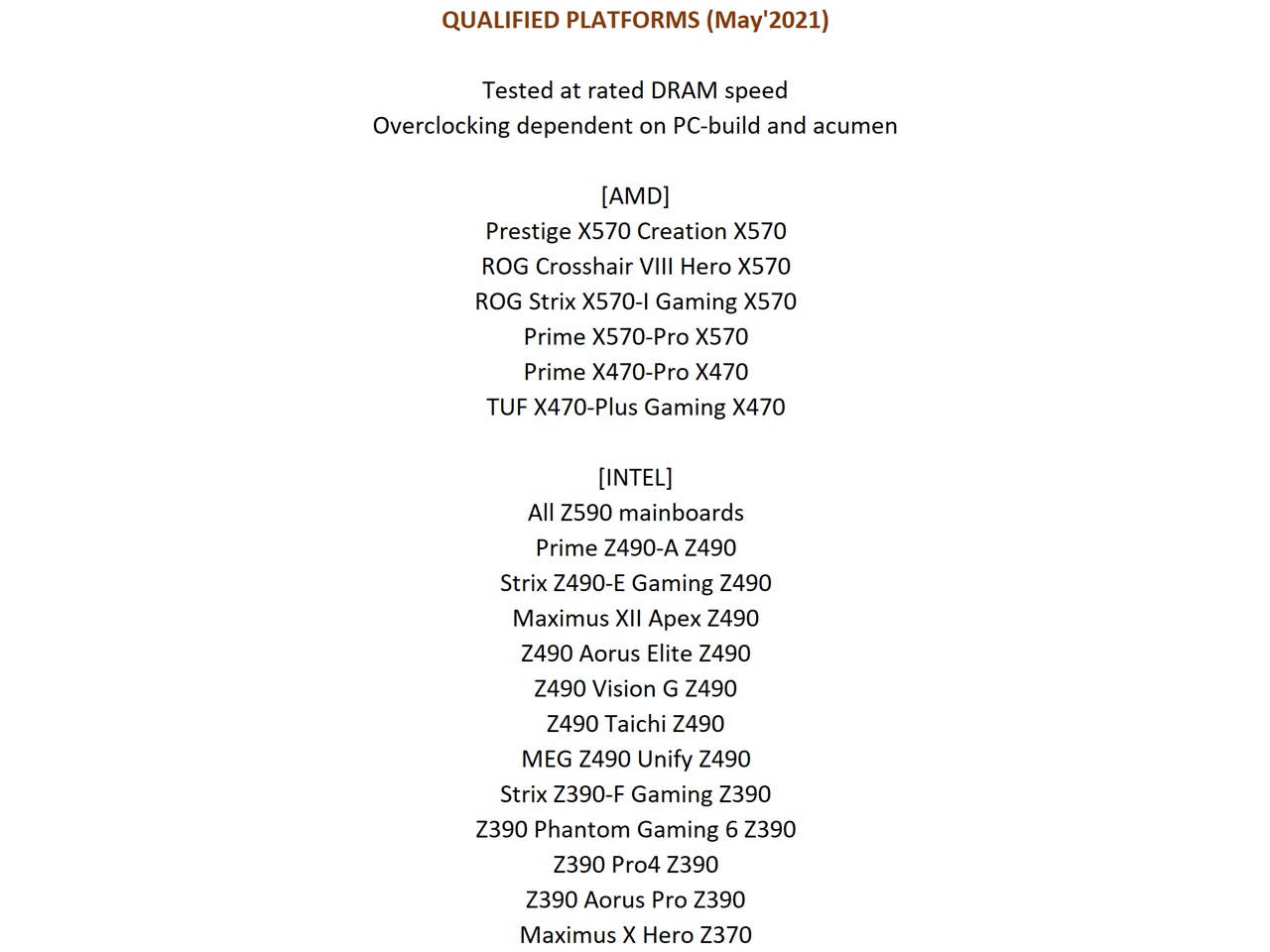 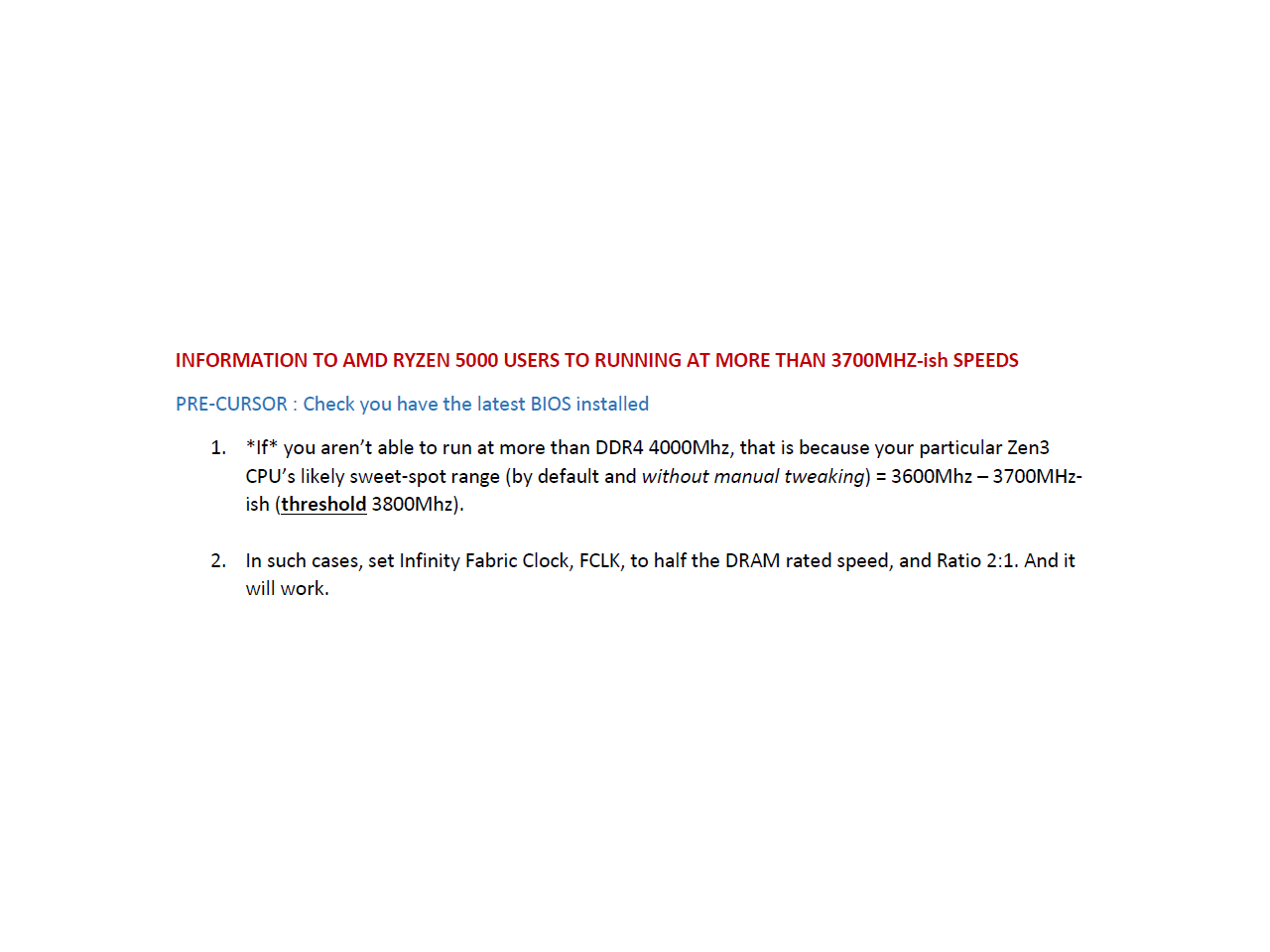 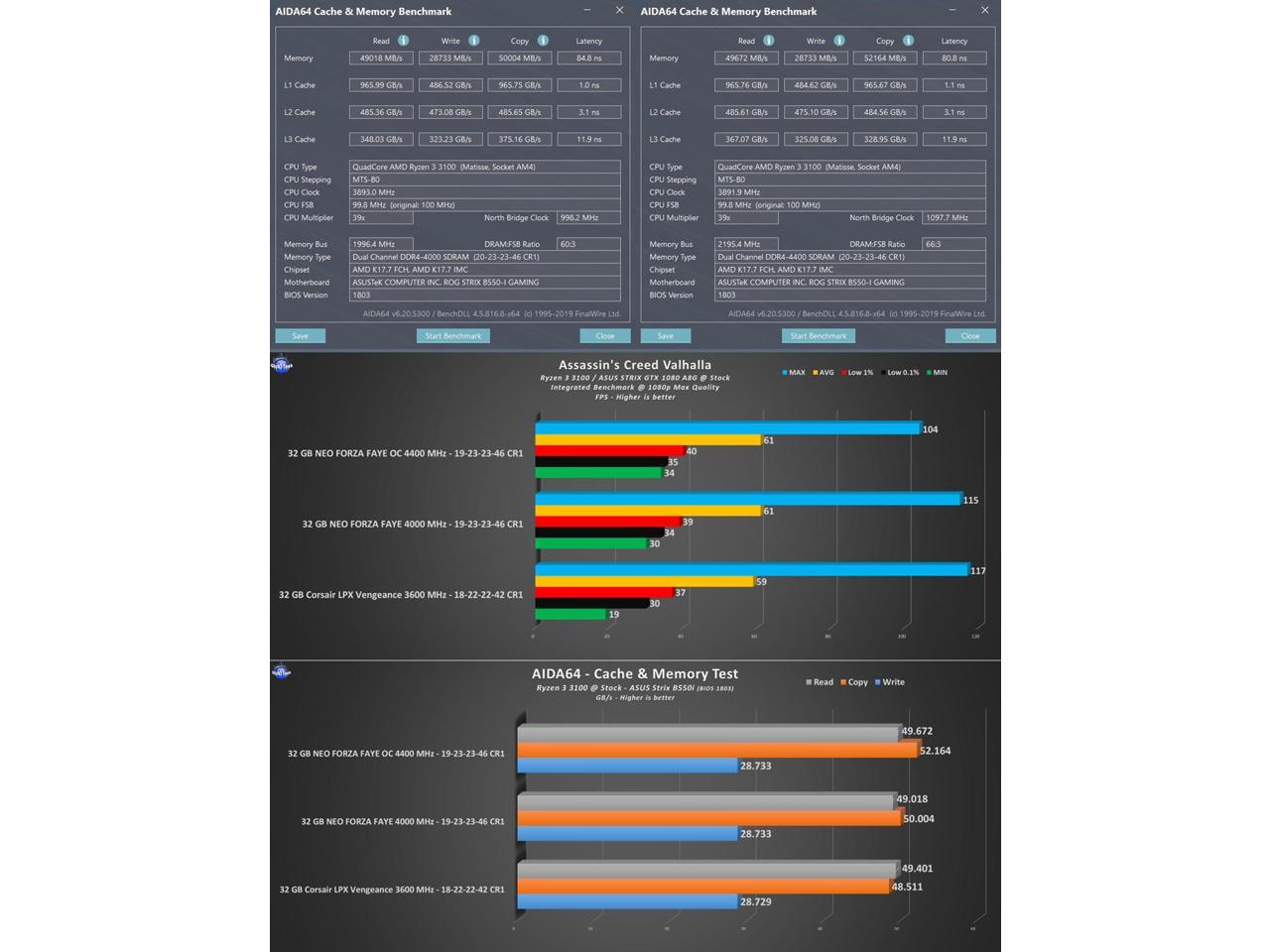 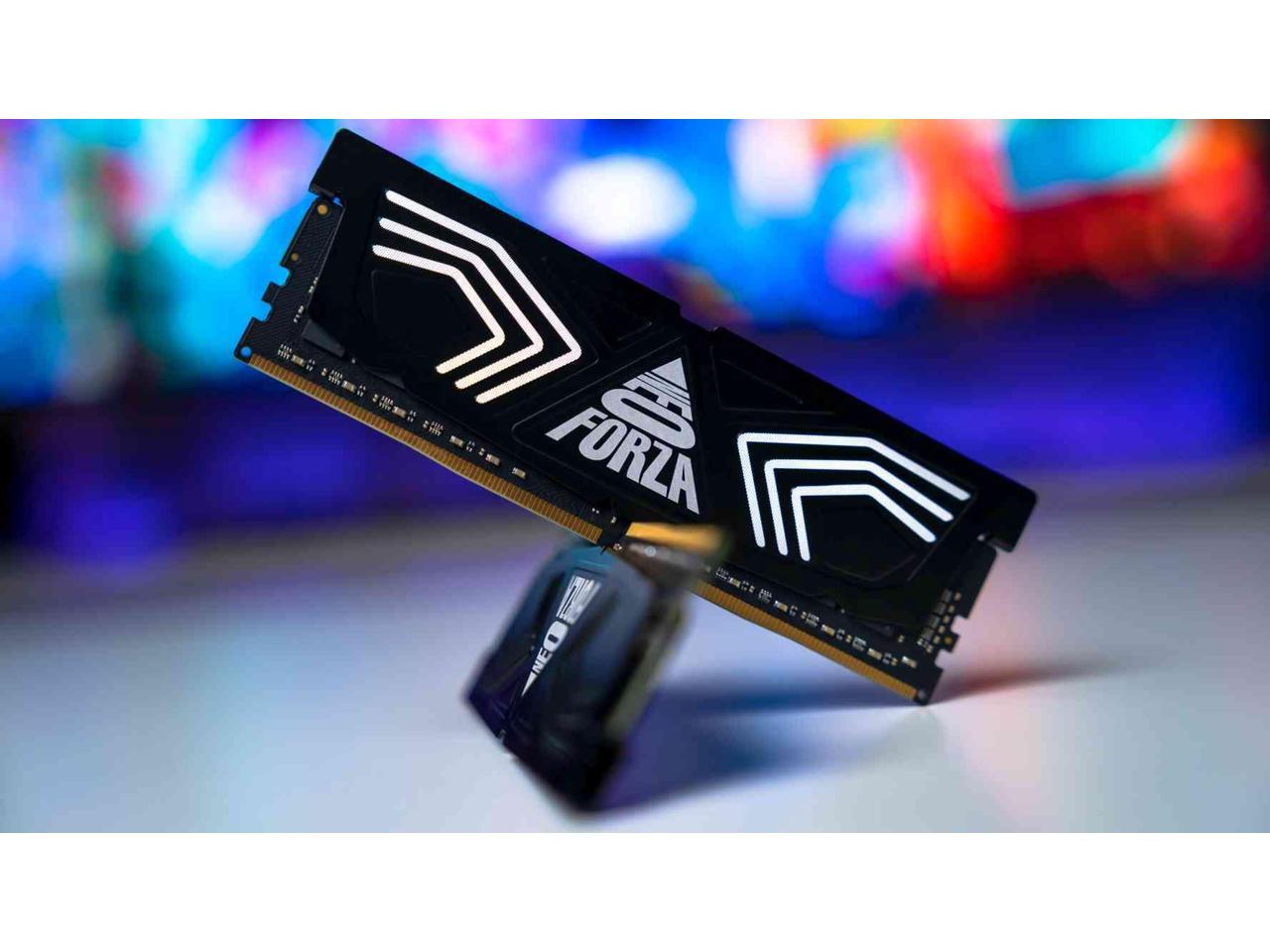 Overall Review: Initially the RAM would not post with the XMP profile, but after a BIOS update it ran at the rated speeds without issue. Considering how new the Z690 platform is I anticipated having to do a day one update of the BIOS firmware to ensure everything was 100% operational. The RAM is advertised as being very overclock friendly but I haven't tried manually overclocking anything yet. For me a set of well-binned, fast out of the box, high capacity RAM is the sweet spot. The RAM has a straightforward, understated style. It's not going to dominate your box and there's no RGB. That's a plus for me, but it might put off some others. All told, as of now I'm happy with my purchase.

Pros: I am building a good performance basic AMD Ryzen 3 system for my son and the price for this set of memory was good to keep costs down. It went into an MSI B550 system with Ryzen 5600G. The board fired right up with these two sticks and I installed Windows 10 without a hitch. For his web browsing and media playing this looks to be a very nice modestly priced computer.

Cons: None for me, maybe not to of the line performance but perfect for a general use, current tech system.

Overall Review: I would recommend these as very cost effective and working without a glitch.

Pros: I got the 3200 16Gb kit, with XMP enabled on x370 board it passed multiple runs of memtest86. Also stable at 2933 with lower of CL14. Pushing it to 3466 it was giving errors though so just don't expect it to overclock beyond it's rating. I have benched some brand name 3600 in the system before so I doubt it's a MB/CPU limitation.

Cons: Heatsinks are kinda cheensy. Just two separate plates stuck on with adhesive to the IC's but not secured to each other. RAM doesn't get hot anyway so really just there for decoration. They do at least have some tangs that overlap the PCB so they don't slide down as you push them into the slot. Unless your popping them in and out a lot the adhesive should be good enough, but would still prefer they at least interlock together to be more secure. The actual chips have NO markings so no telling what quality of die you're actually getting.

Overall Review: I tried one of Forza's SSD's before, drive failed before I could even finish loading an OS onto it. So confidence in the company is already low. For RAM though, while failures can occur, IME it's pretty uncommon so just be sure to bench test it beforehand prior to setting up your build. Even with a lifetime warranty, not telling what an RMA process though them may entail so test thoroughly before the return window closes.. **UPDATE** RAM has been in the system for 5 mo now. No issues as of yet.

Pros: I usually don't gamble on memory I am not familiar with the brand on. I usually work with Corsair, Crucial etc. in my systems. I took a chance as the price was right and the reviews were ok. To my pleasant surprise these modules plugged into my ASUS TUF GAMING x570-PRO motherboard and booted up with no adjustment. They operate at full 3600mhz speed and I have had no issues with them.

Cons: The modules are taller than I expected. These are in the lines of the Ripjaw height. I had to adjust my CPU Cooler fan up a bit to compensate for the height of the modules. Doable, just an annoyance.

Overall Review: Definitely would recommend to others. Check your CPU Cooler heights and determine if you have the space for the modules prior to purchasing though.

Pros: the ram works and was the cheapest of all brands

Cons: If you put any pressure on the heat spreaders they fall off. the adhesive they used was pathetic.

Overall Review: While the ram works, I would not recommend this ram for anyone planning on overclocking their system.

Overall Review: Simple and easy to install. No issues, would buy this product again!

Overall Review: - old ram was Corsair Vengeance LPX 3200 16GB. one stick went bad after 3 years - got this cuz it was best price for the specs on '21 black friday. 16 GB also doesn't really cut it nowadays if running a browser, a couple online games and other programs in the background. - easy set up with a Ryzen 3700X, AsRock ab350m pro4. No errors on w10 memory testing. XMP loads to 3600 MHz without problems. hopefully lasts a few years too.