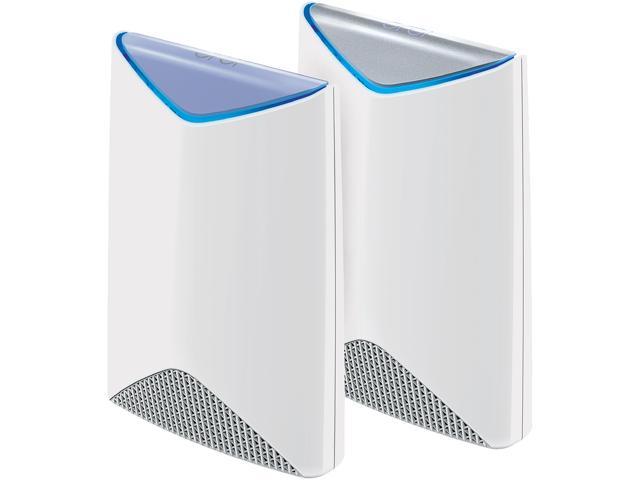 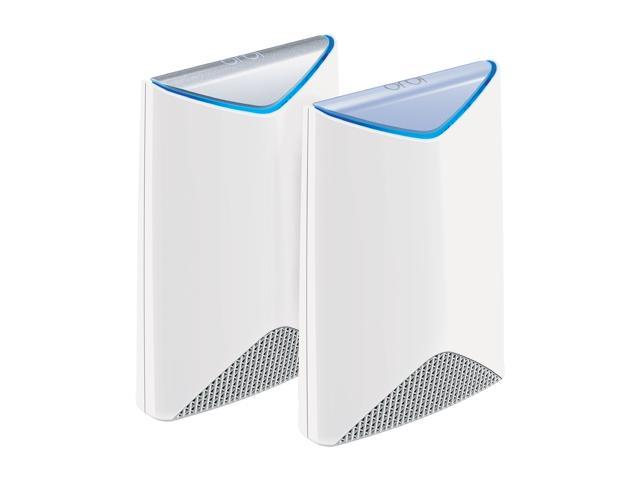 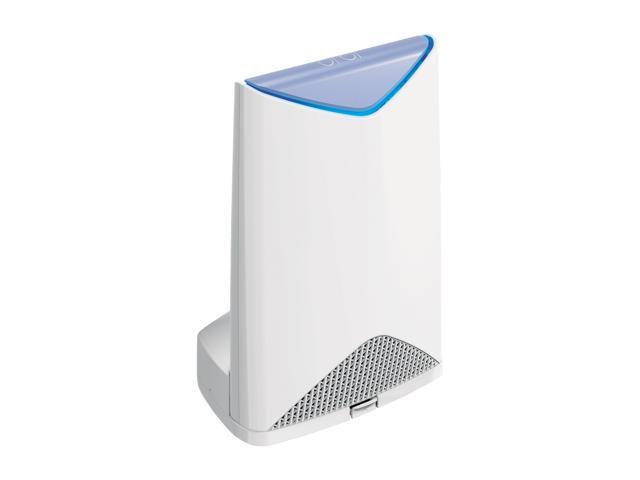 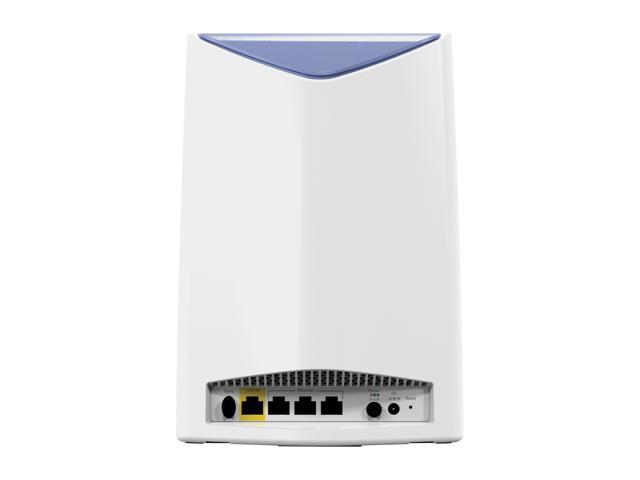 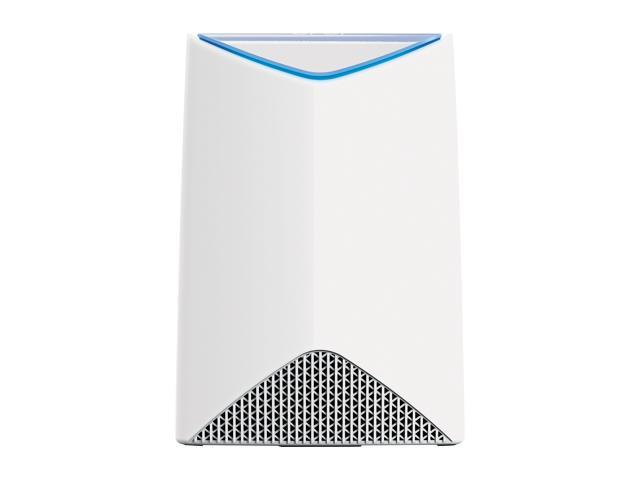 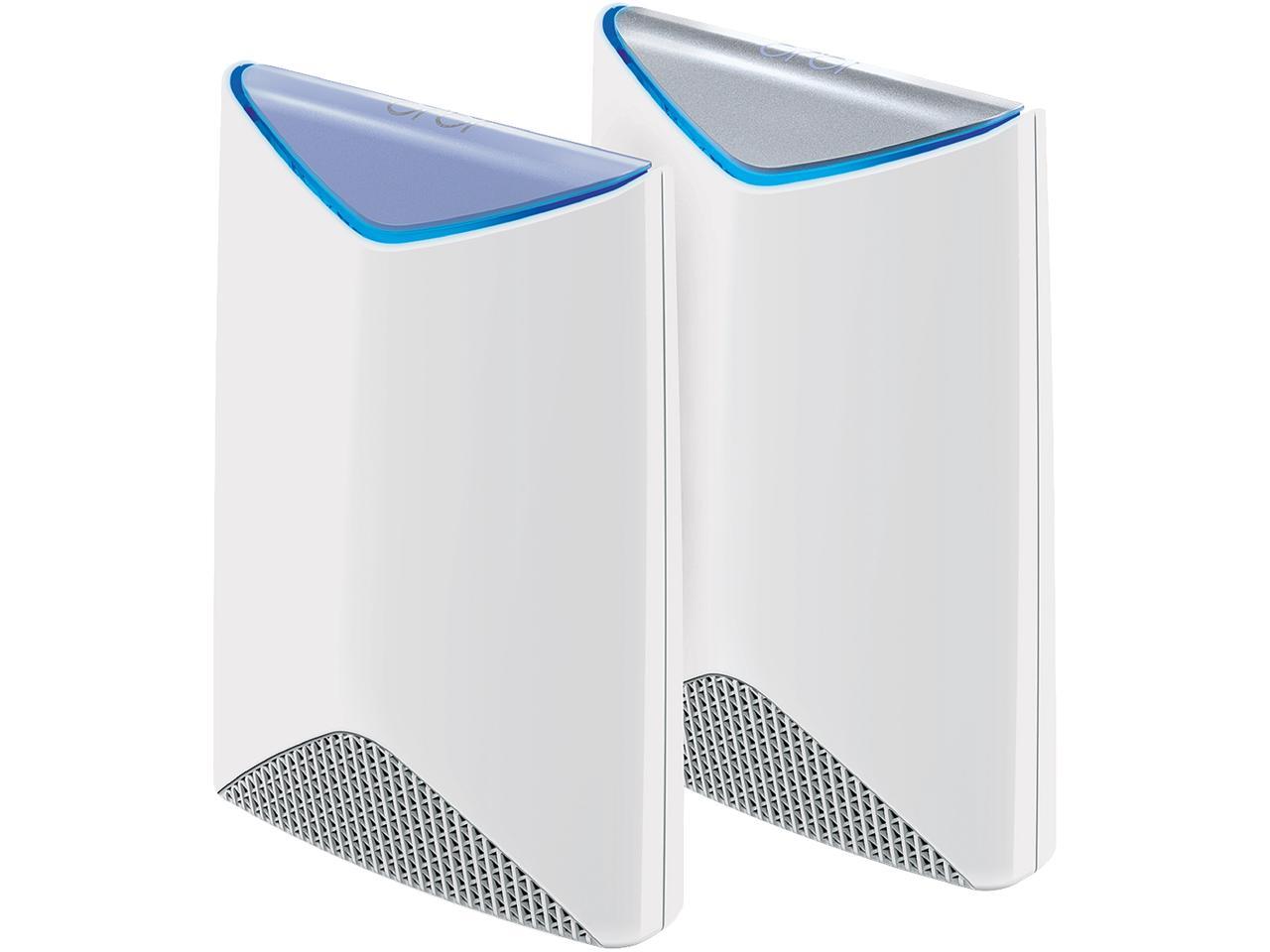 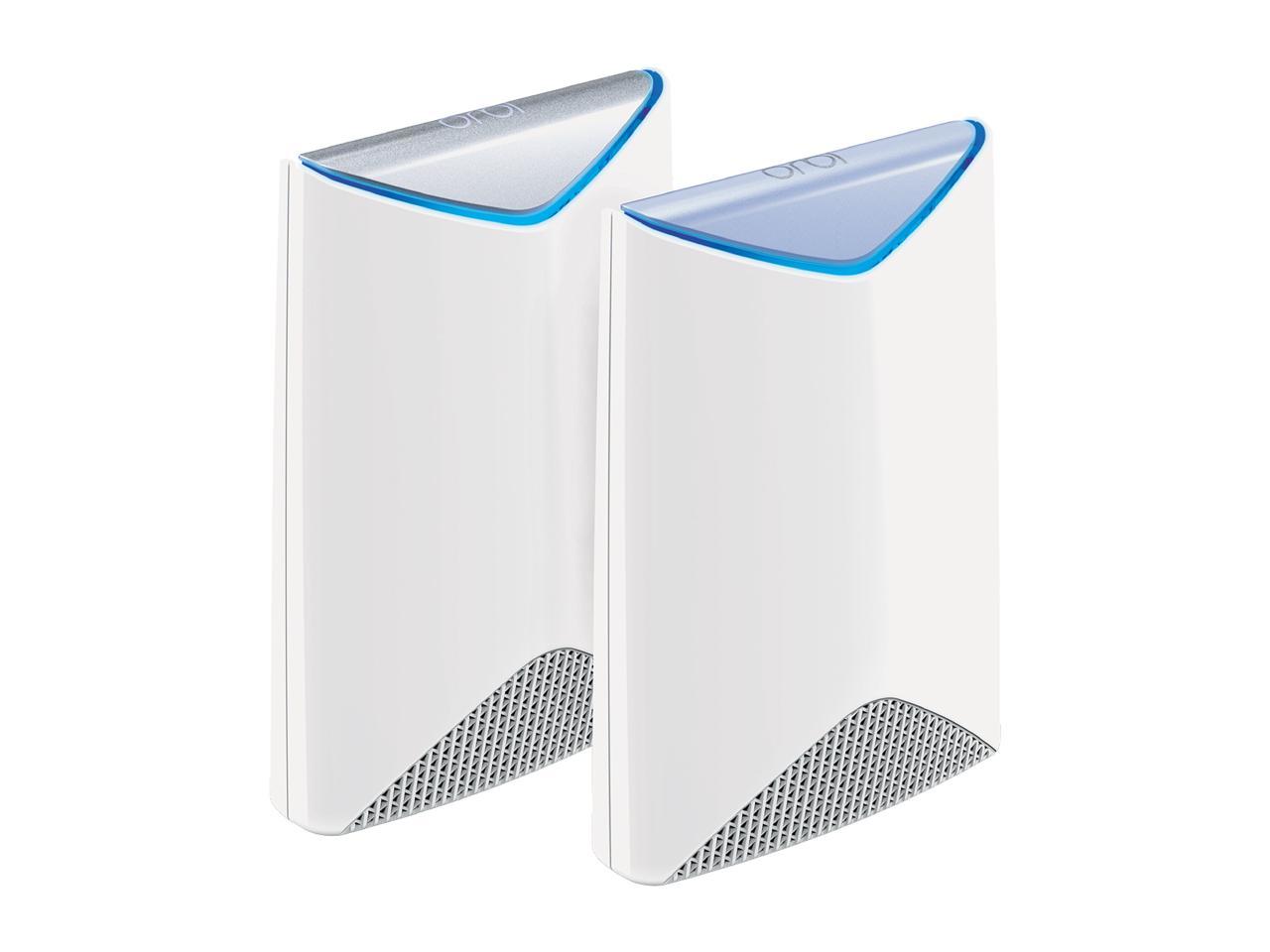 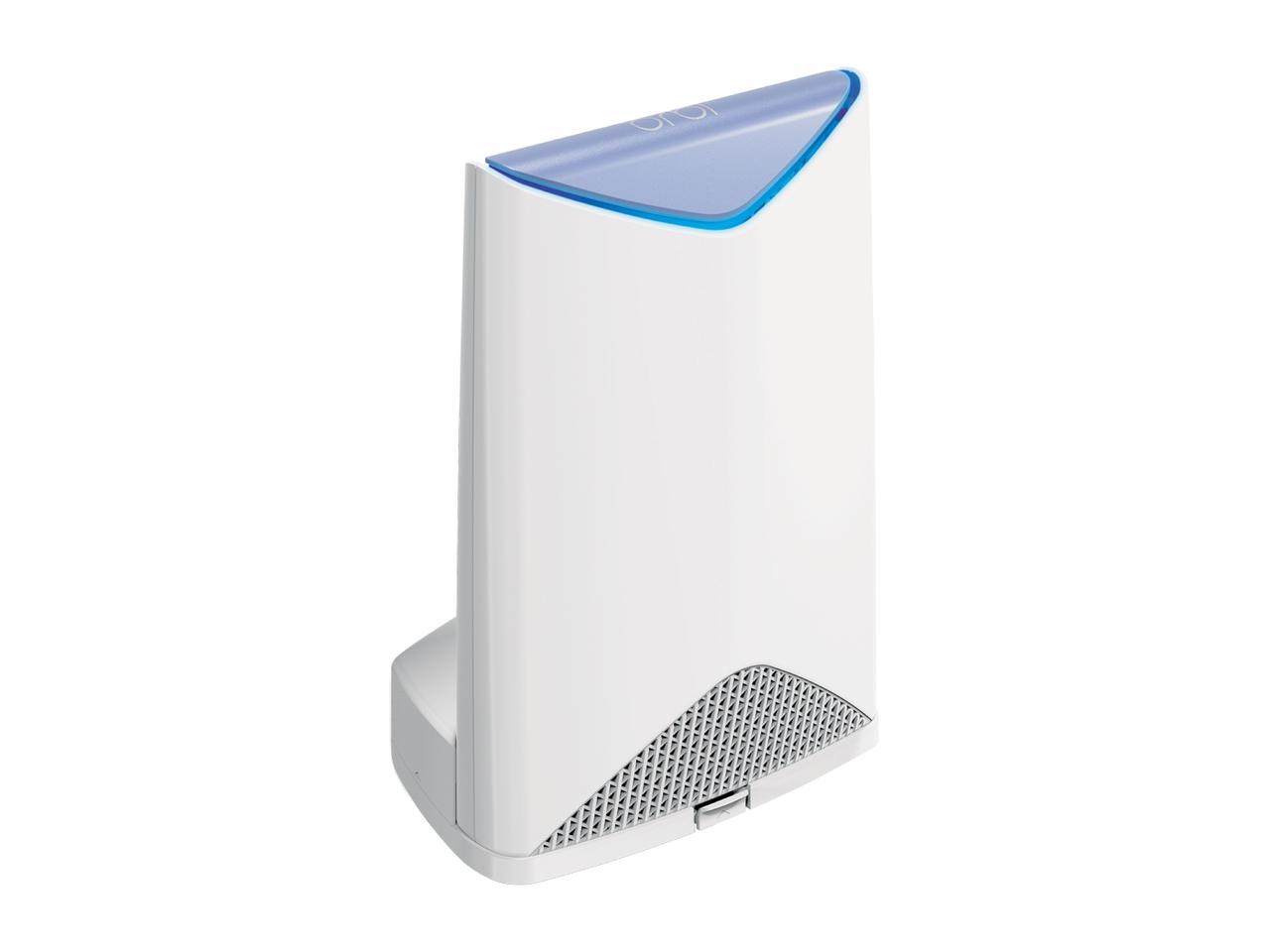 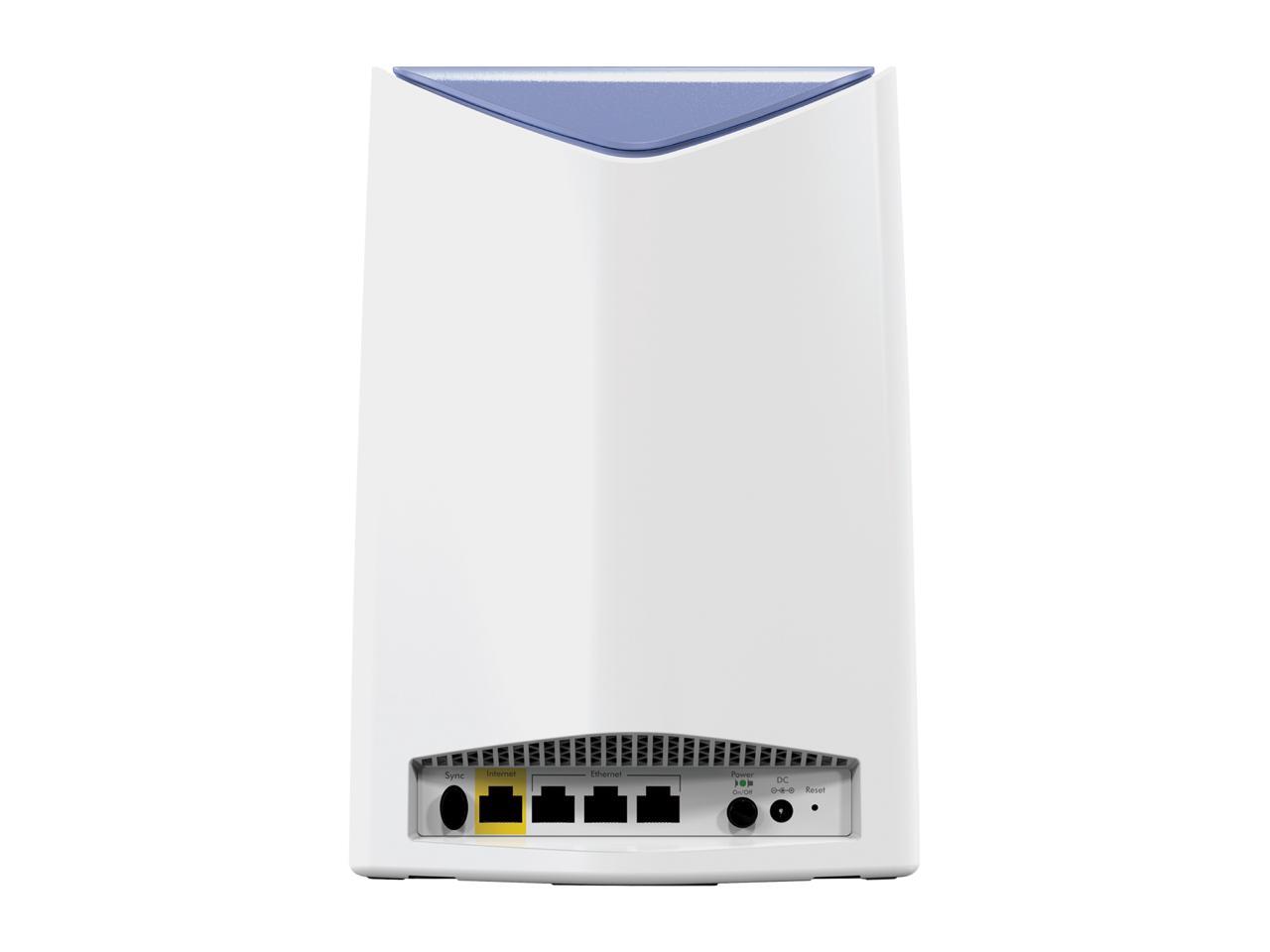 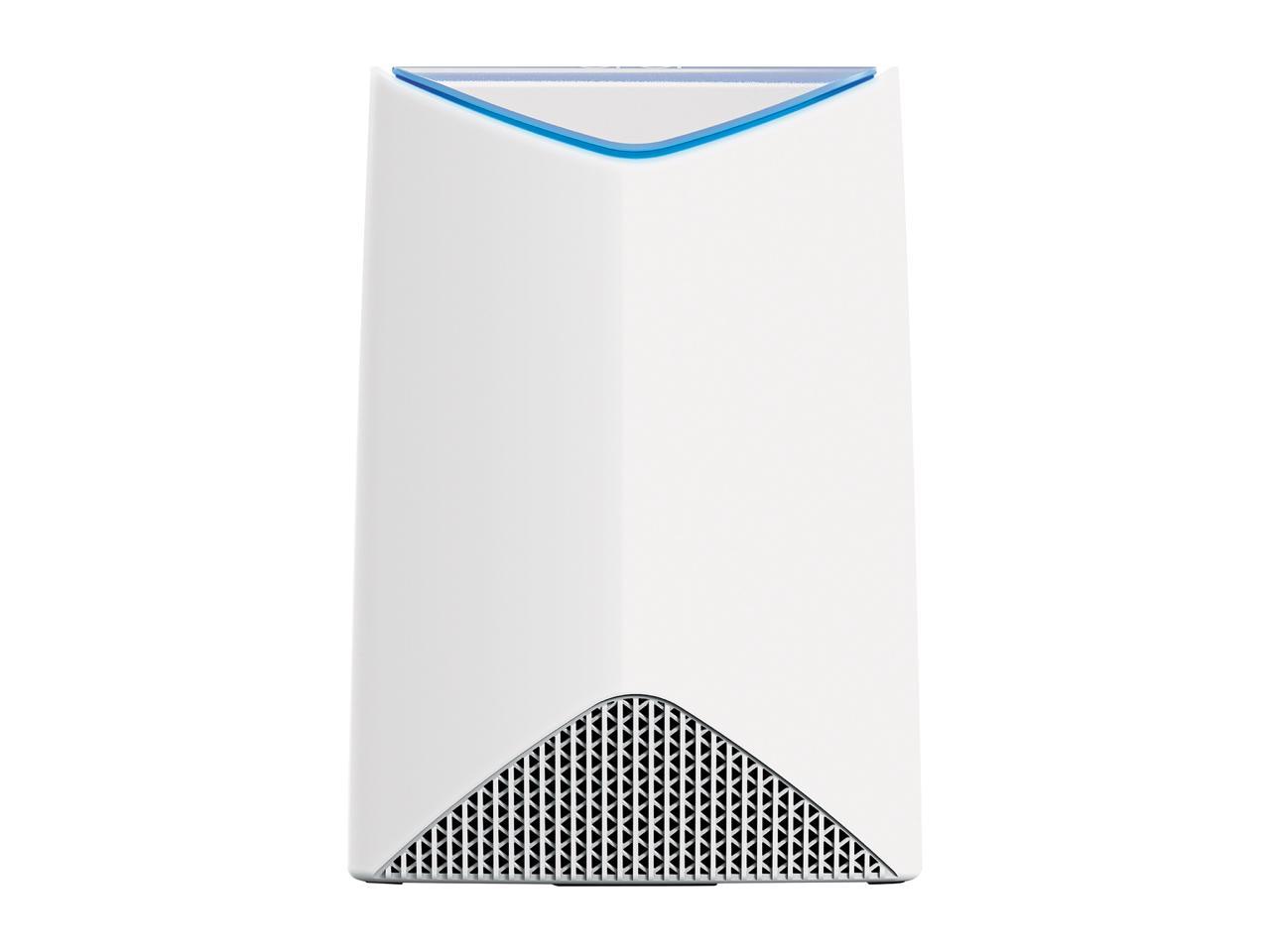 Pros: The satellite allows me to have wifi access on the second floor, which makes my family happy. Has a guest wifi with a selection of expiration times, which is nice. No shiny lights when everything is up and running, so it blends in the background, which is nice.

Cons: Setup was confusing. At first the setup complained that it couldn't find the satellite, but from the looks of it the satellite could find the router just fine (the LEDs turned blue). After upgrading the firmware on the router and setting up everything on the router, I turned the system off. When I turned it on later again, voila, the satellite was listed, and its firmware was actually upgraded and had the same firmware version as the router. Most of the options in the user manual are applicable when using the system as router, not as WAP, but the manual is not clear about this.

Overall Review: Installed the system at home last week and I haven't heard any complaints and it seems to work. The second wifi (employee wifi) doesn't allow access to any other host on the same network, whether directly connected to the router or satellite, or to the internet provider router when using it as a WAP. I am using it as a WAP, so the DHCP server in the internet provider's router is used to hand out IP addresses. The DHCP server in the Orbi Pro router is not used. I have some printers on the internal network so I need to use the "admin" wifi when I want to print. Not a biggie, just something to be aware off. Bought this one after getting disappointed reading the reviews of the regular home use access points offered. I am hoping that a business access point will be more reliable. More expensive, but if it keeps working and doesn't give me headaches, then it is worth the investment, for me. So far so good. Took one egg off for the confusing setup with respect to the satellite. Other than that, I am happy with the product. Got it only last week so I have used it for about a week, but it is working great so far. Hope it keeps working.

Pros: 1. FAST 2. You can adjust the percentage of Bandwidth on each SSID (Band) 3. Excellent Range, satellites are independently charged for a strong signal. 4. The ability to shutdown internet for certain devices and keep service for others. I.E. kids computer, the T.V. and cellphones can be placed on one Band and your desktop and laptop on another.

Cons: 1.Details on how to use the Tri-band option aren't in the Instructions in the box. You have to go online and watch video's from Netgear to get a step by step description.

Overall Review: The Router is LOVELY, but you have to make sure the ethernet cords are up to date to take advantage of the fastest speeds. If you have old Cat5 cord make sure you upgrade them to Cat8.

Pros: - High-performance AC3000 Wi-Fi - Covers up to 5,000sq ft, even though we've got it covering 6,000sq ft will no problems - Very easy to install and setup - Perfect for a small business or home setup

Cons: - The app is limited for setup - you will need to use a browser for a complete advanced setup, such as AP mode, etc. - You have to be connected wirelessly to the router to perform any type of changes to settings, etc. In other words, my desktop is hard wired to the router, but I can't change any settings, because I'm not connected to it via wireless. This is pretty stupid if you ask me. Every time I need to change something, I have to connect my laptop via wireless to make the changes.

Overall Review: I will say that this mesh system is amazing. Our wireless speeds & signal jumped significantly from our previous setup. We have a 6000sq ft facility that houses a manufacturing warehouse and office space. We installed this mesh system in our 25' ceiling, evenly spaced, and we have ZERO dead spots. We have a 120Mbps internet connection, and our wireless speeds went from 20Mbps (if we were lucky) to a full 120Mbps in every area of the facility. What an improvement! All of our employees are very happy! I highly recommend this product for either home or business - you won't be disappointed

Cons: I was expecting a better range.