Purchases from these Sellers are generally covered under our Newegg Marketplace Guarantee.
86 Ratings (86% Positive)
Sold and shipped by: Micro TechnologiesContact Seller
Ships from United States.
86 Ratings (86% Positive)
On-Time
Delivery
96.51%
Product
Accuracy
93.02%
Customer Service
Satisfactory
88.89%
View All Seller's Reviews
This item is currently out of stock and it may or may not be restocked.
Out of Stock
Add To Wish List 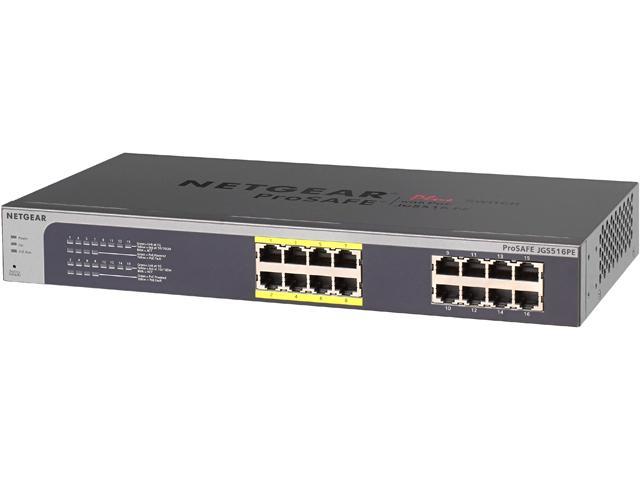 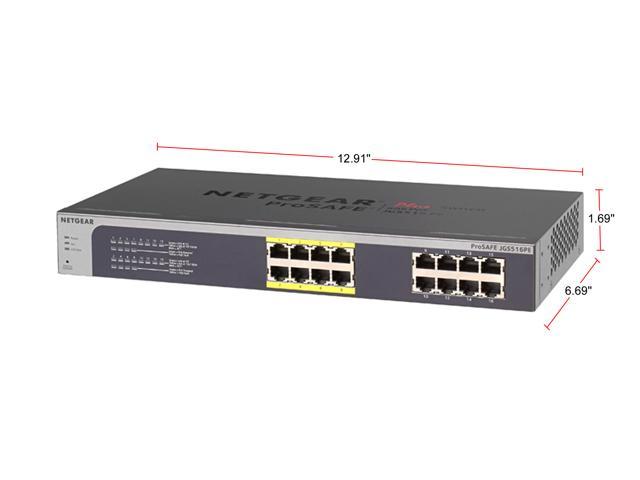 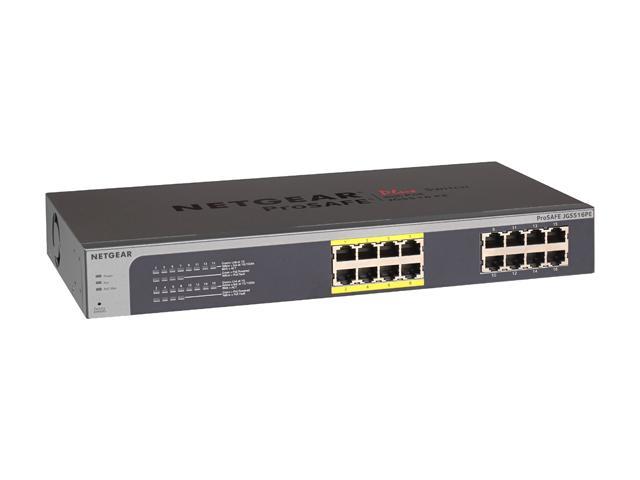 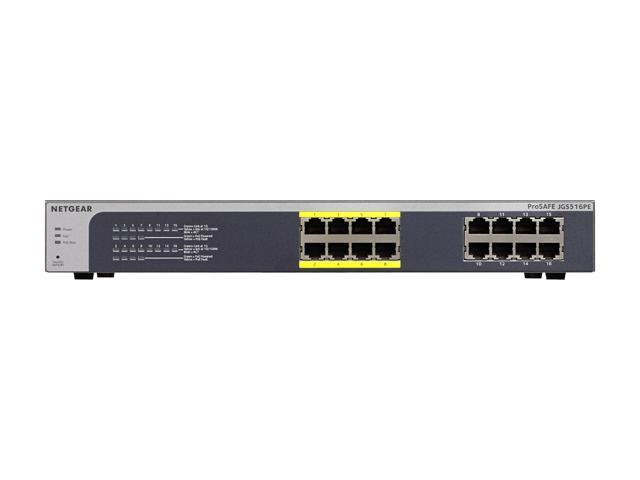 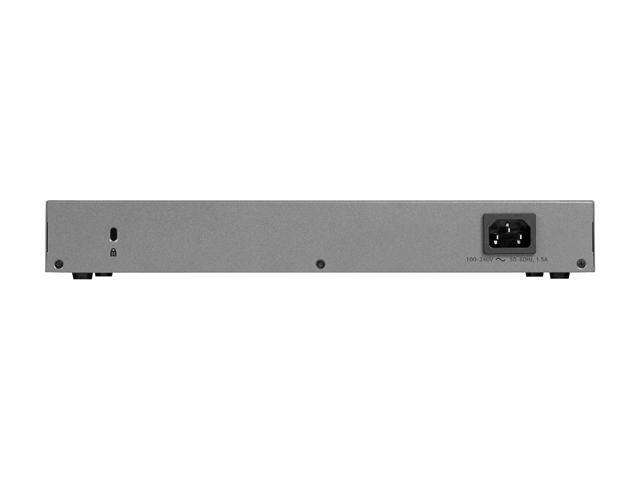 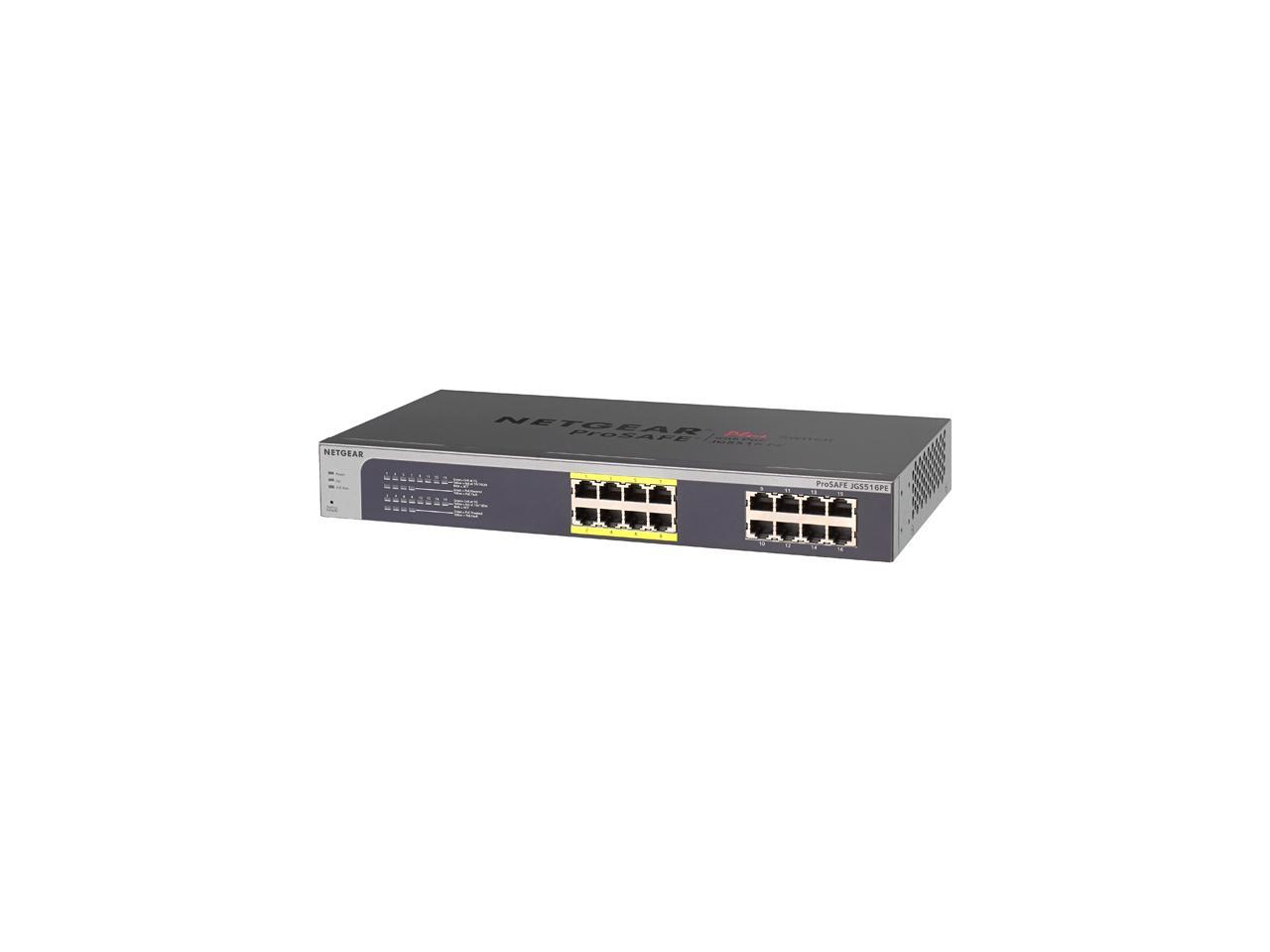 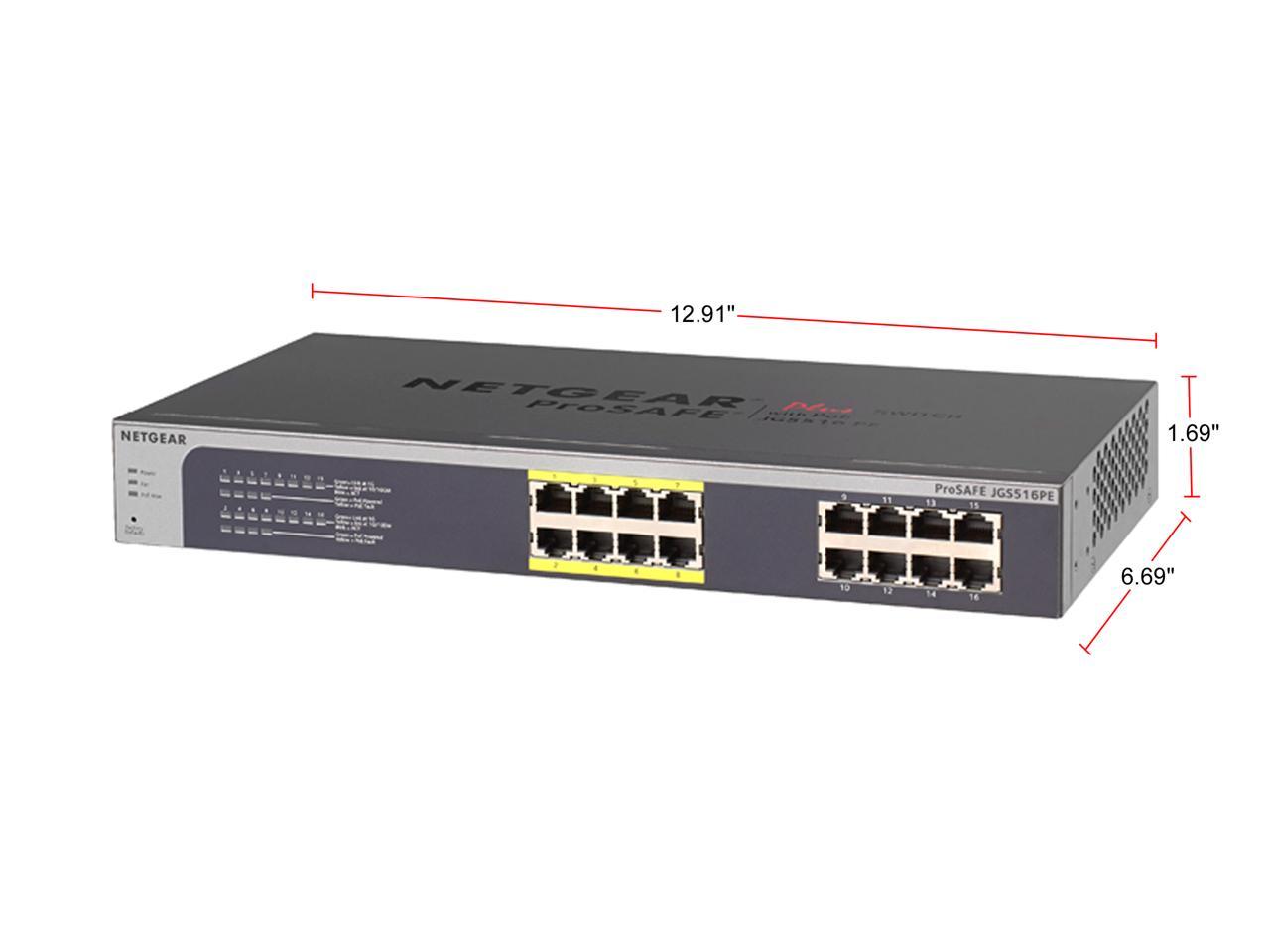 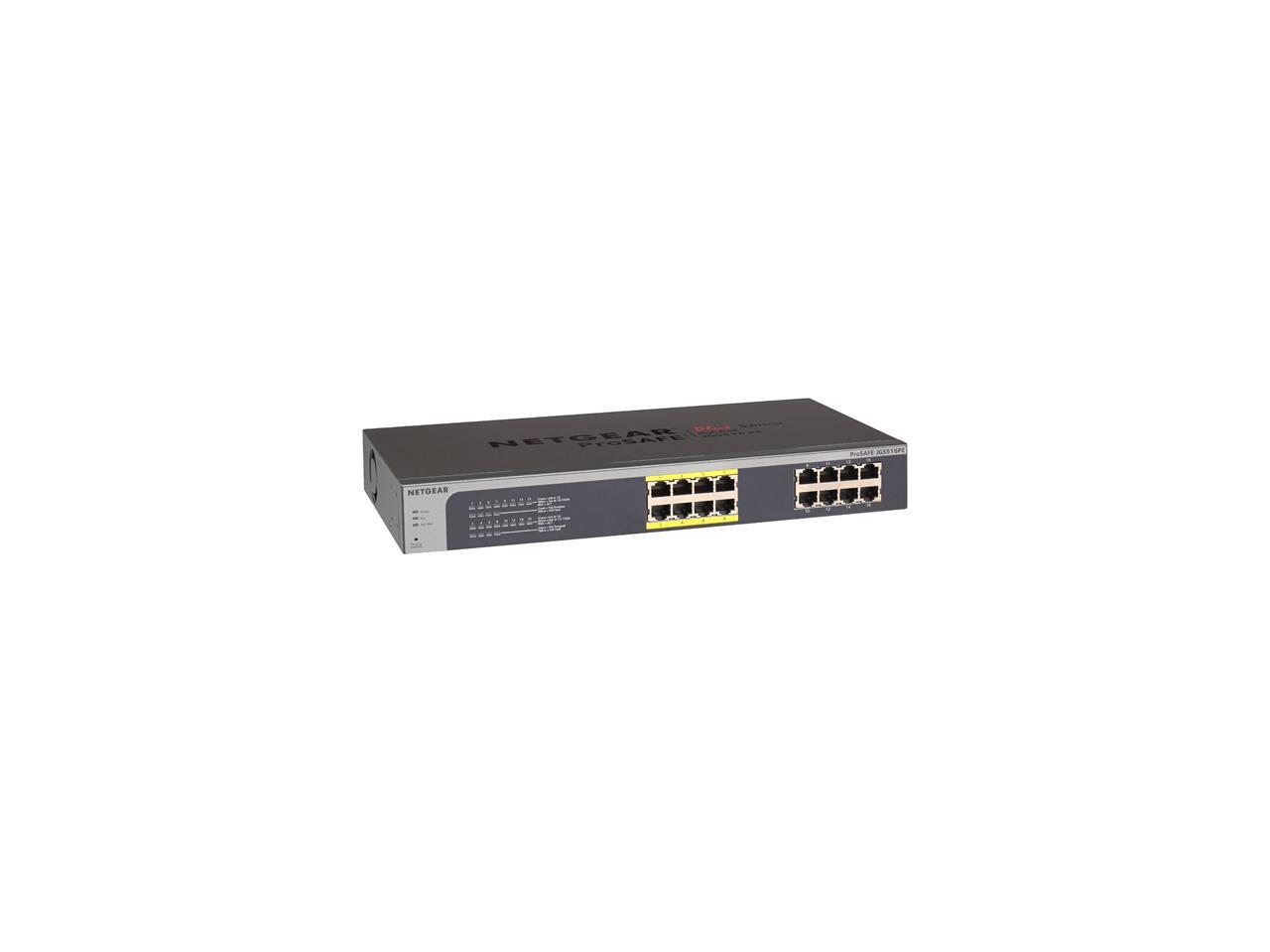 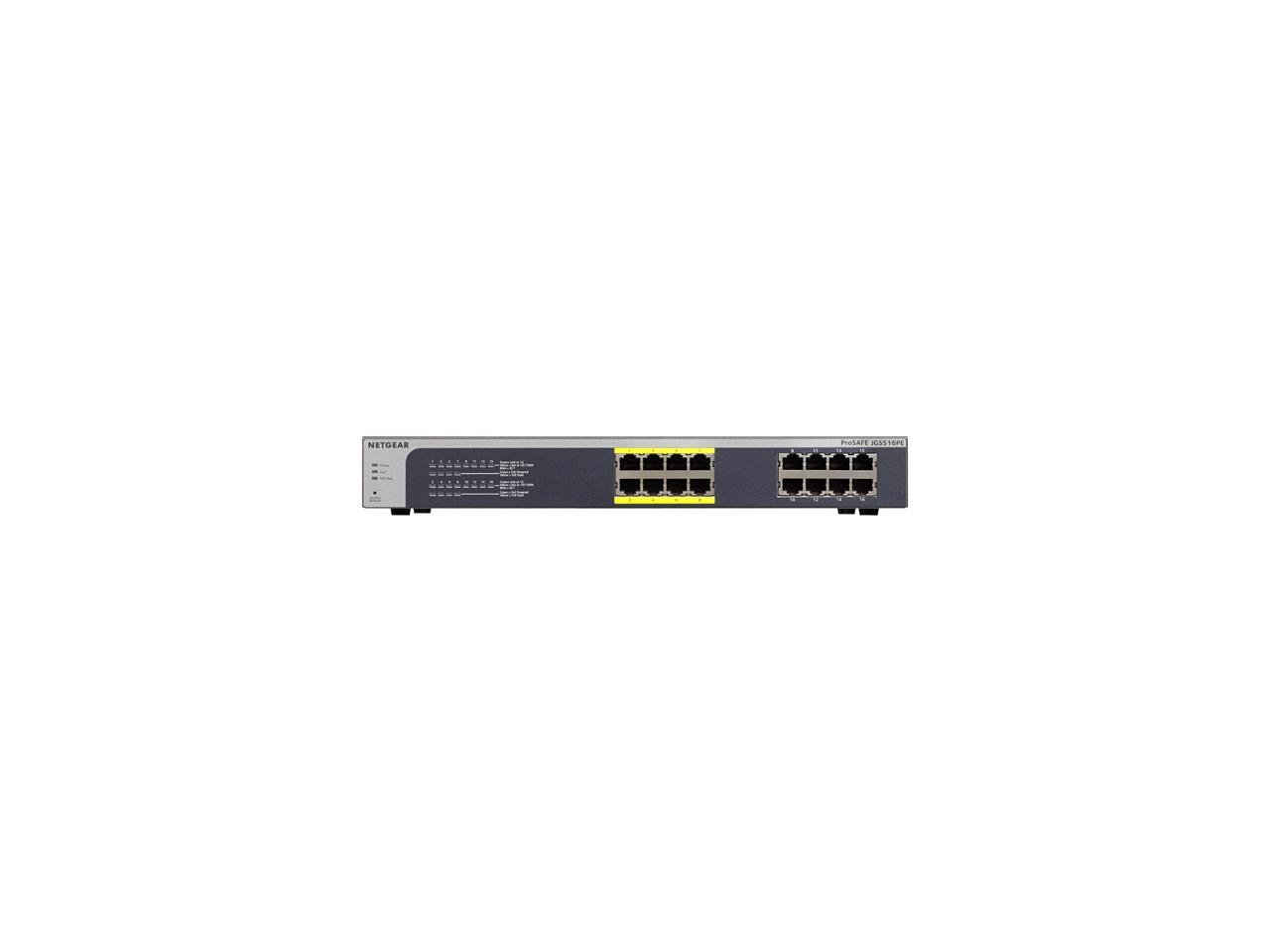 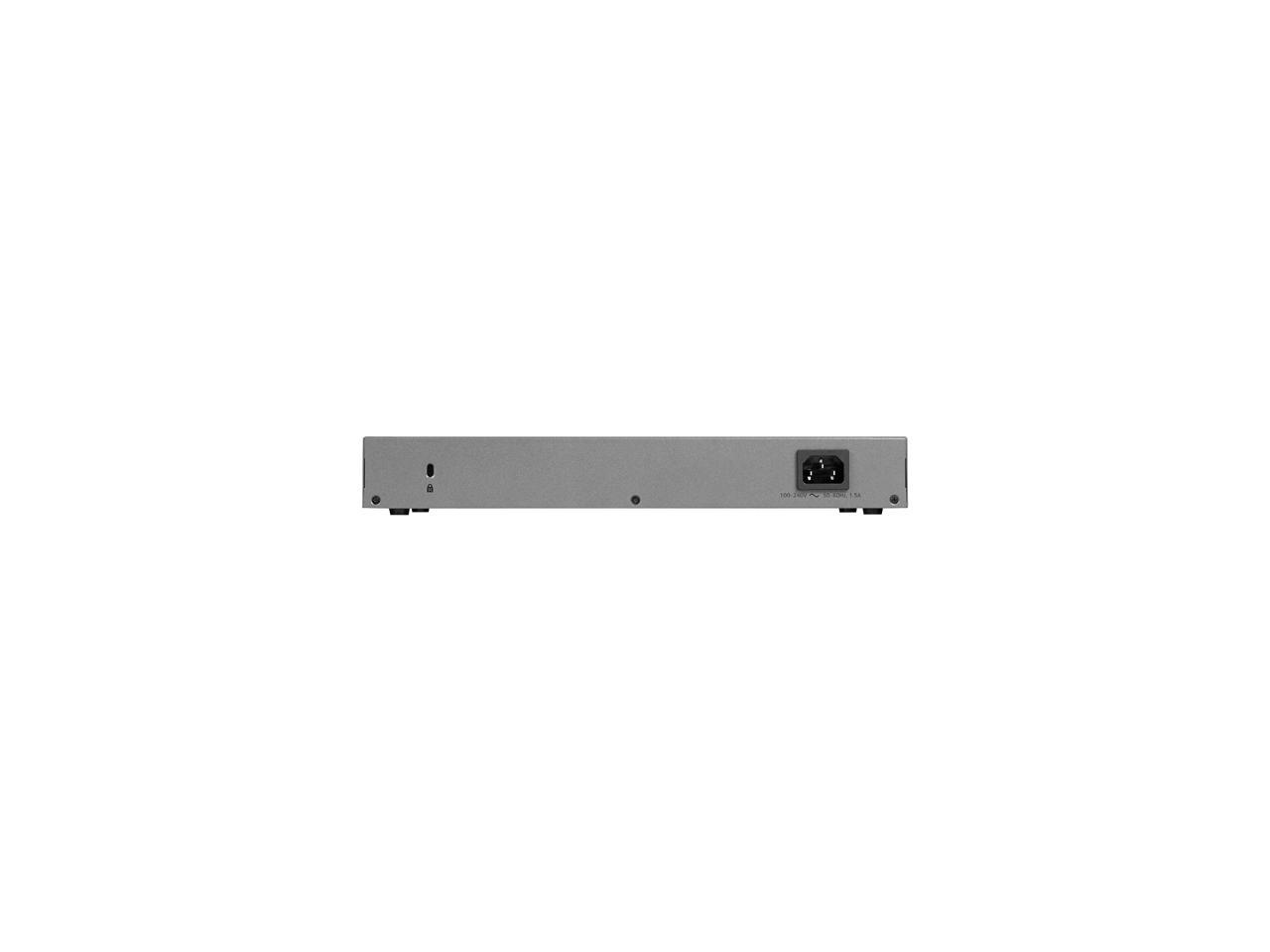 Overall Review: I would recommend this product for anyone needing to power some access points while needing ports for regular use(Client PCs)

Pros: Nice worked right out of the box and didn't have to do anything.

Cons: nothing that I know of.

Did you find this review helpful?
Anonymous
Ownership: 1 week to 1 month
Verified Owner
Perfect workgroup switch with PoE9/22/2014 7:36:00 AM

Pros: Small form factor for desktop usage, yet rack mount ears are included. This is the perfect switch for powering a small office with a mix of PoE and non-PoE devices. Price point is very aggressive for the SMB PoE space.

Cons: Management interface is lacking. Must use NetGear's utility.

Overall Review: We will be using this switch for all our satellite offices for sure!

Pros: Works. Plain and simple (see CONS though...). Nice that it has about 84w of PoE max theoretical power, that'll come in handy when I purchase some PoE surveillance cams here soon. The rack mount ability is nice as I turned the ears 90 degrees up, and mounted this switch under the shelf I have my other networking hardware on. Made some custom length cat6 cables, and was all set. Once you figure out how to log into it (UGH!!!), setup for things like Link Aggregation for your NAS of choice are easy.

Cons: Noise. This fan is getting noisier and noisier as the days go by, and, as of this review writing in October of 2015, I haven't had it for that long. It is getting so loud that I'm tempted to just open it up, find an equivalent fan that is quieter and replace it. I doubt NetGear replacing this fan under warranty will solve this problem. I seriously doubt it. I also had an issue with the clumsy software. Don't get me wrong as once you get it running the software, and the manual PDF, are relatively clear on what certain functions do (like if you are unaware of how they work, or if they'll benefit you), and a Google search will easily fill in any gaps. But the software is Windows ONLY, requires Adobe AIR to install (ugh...), and some provided hacky driver software installed on your machine. Basically this is because you're kind of doing a man-in-the-middle to control this on your network (double UGH!). Sorry, that is the only way the software is going to work. But the real issue I had with the software is logging into the switch. The manual PDF has these steps out of order for someone who reads directions IN order. You actually have to just select the switches radio button in the installed Windows software then click the "Apply" button to get a log in prompt. Completely counter intuitive. And while the manual TECHNICALLY says to do this, it does not say to do this first thing when trying to control it. As a result, I "mistakenly" opened up a support case on this matter with NetGear in frustration only to find out the above solution from the NetGear support person, who was nice. However, the troubling part was that he/she admitted that the problem I encountered was not an uncommon support issue that they have. NetGear really needs to have an outside party re-read some of their documentation for continuity.