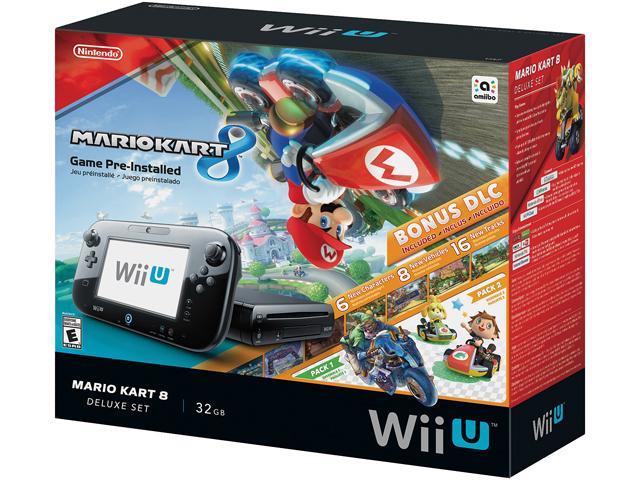 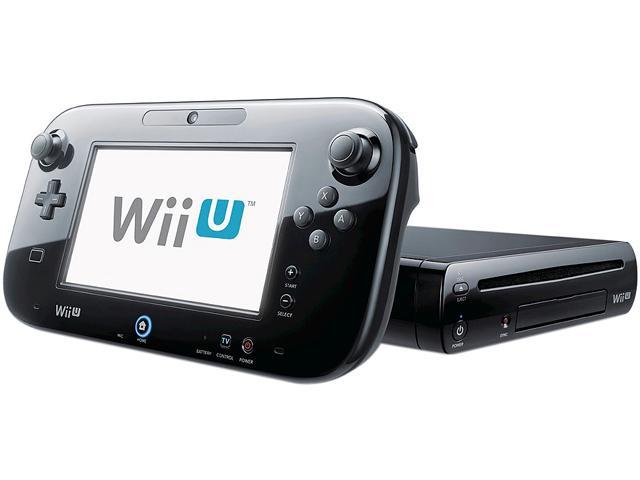 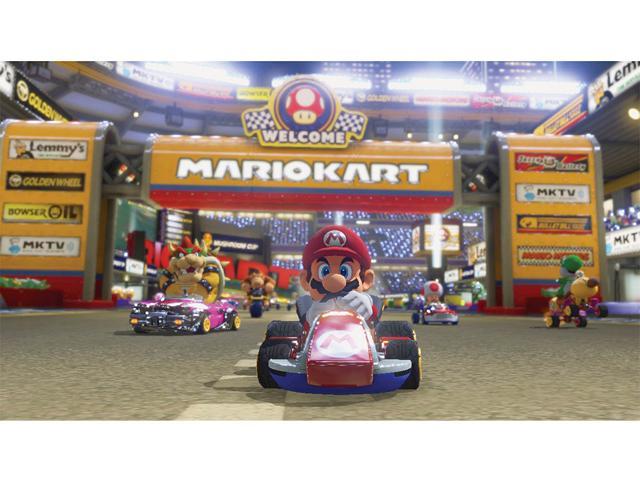 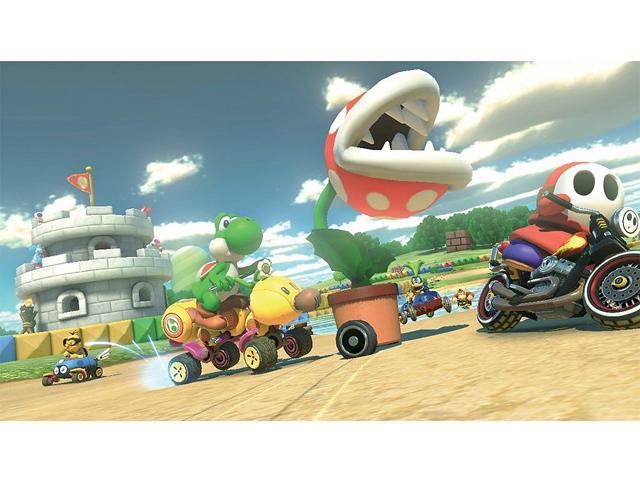 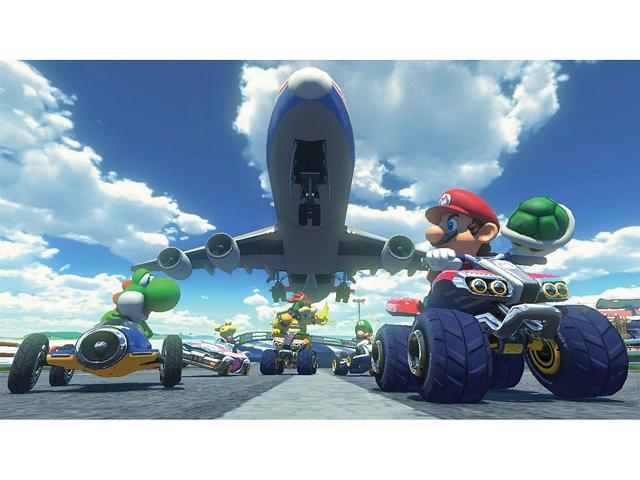 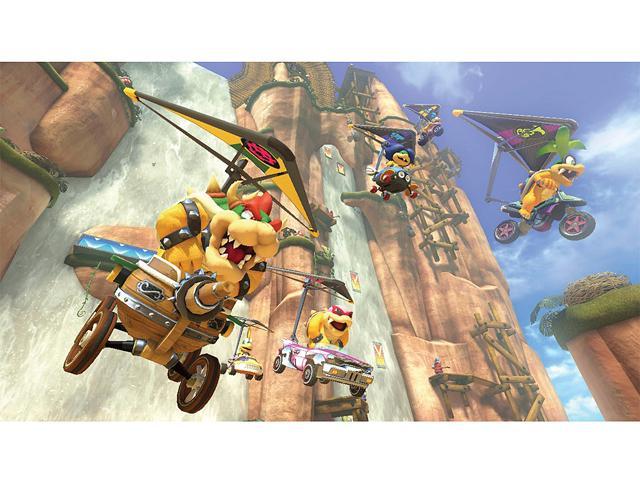 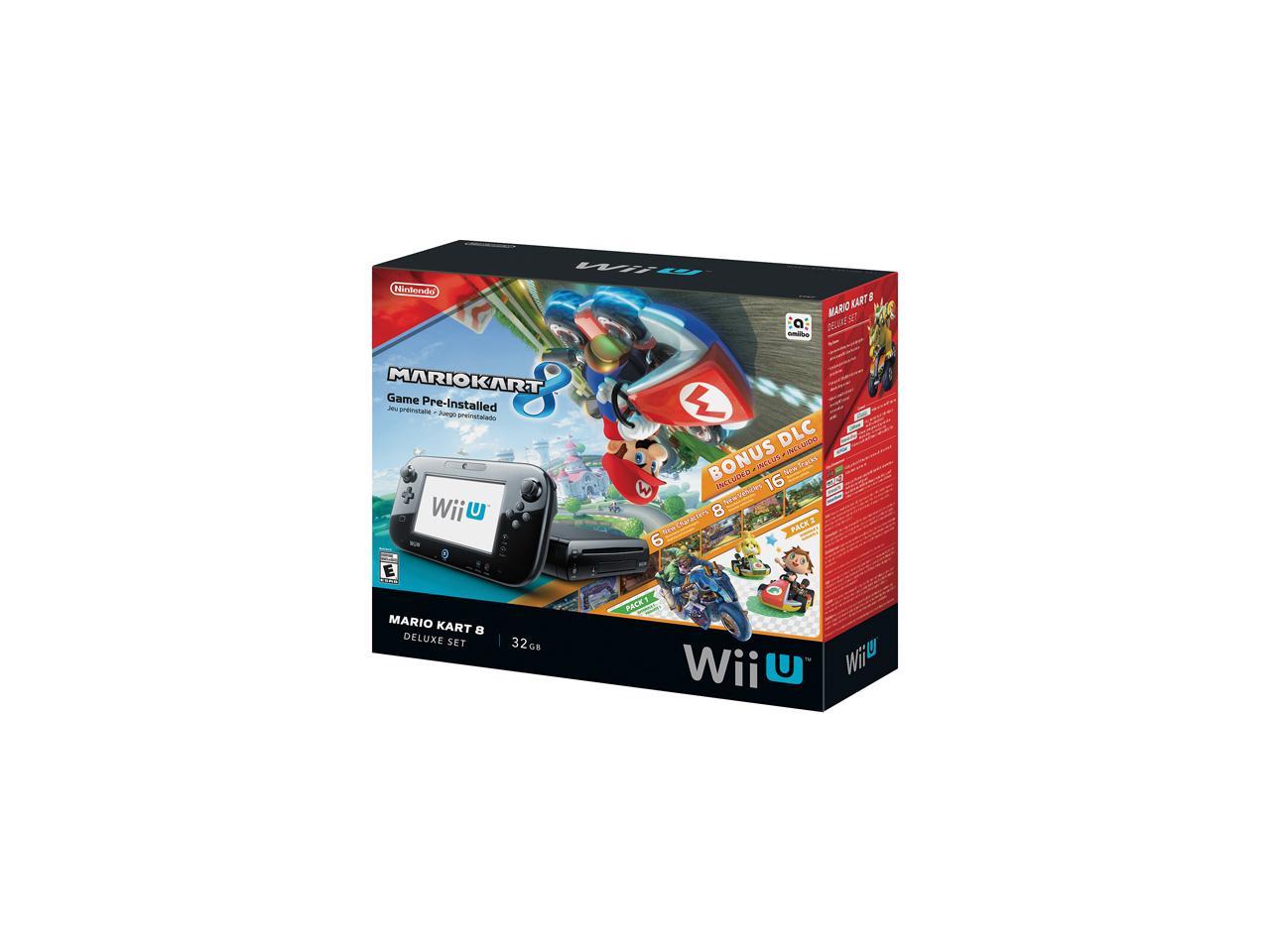 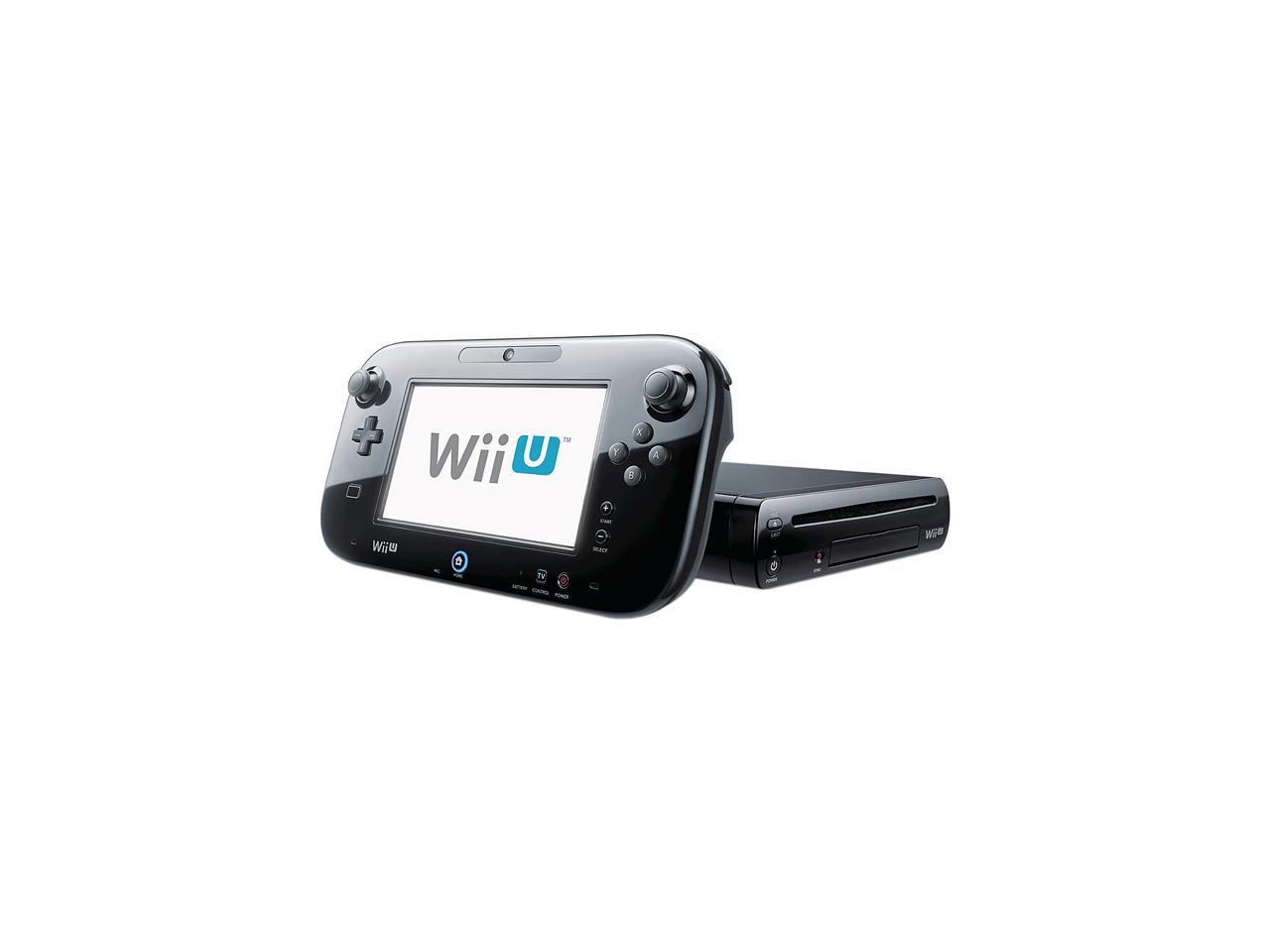 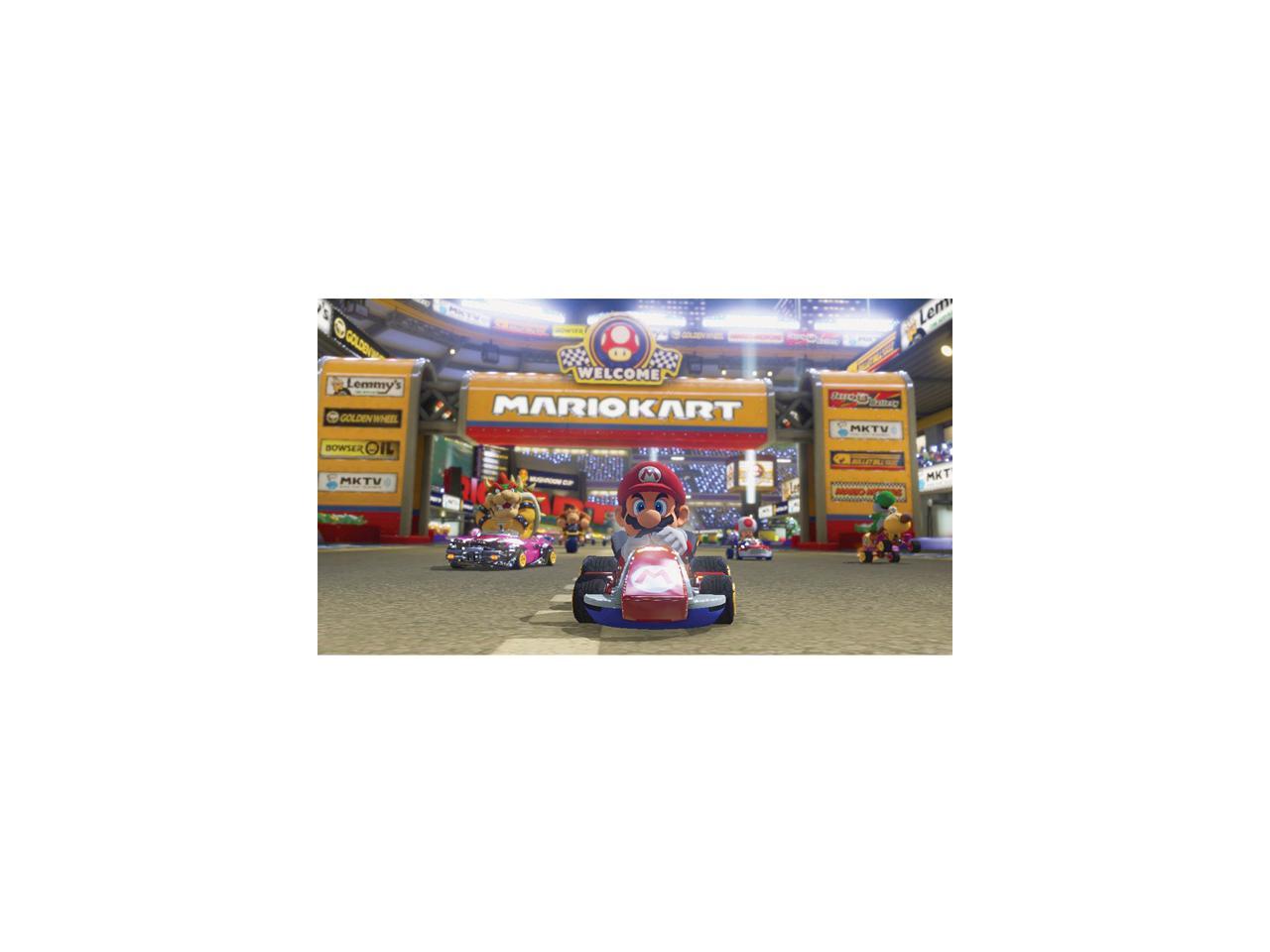 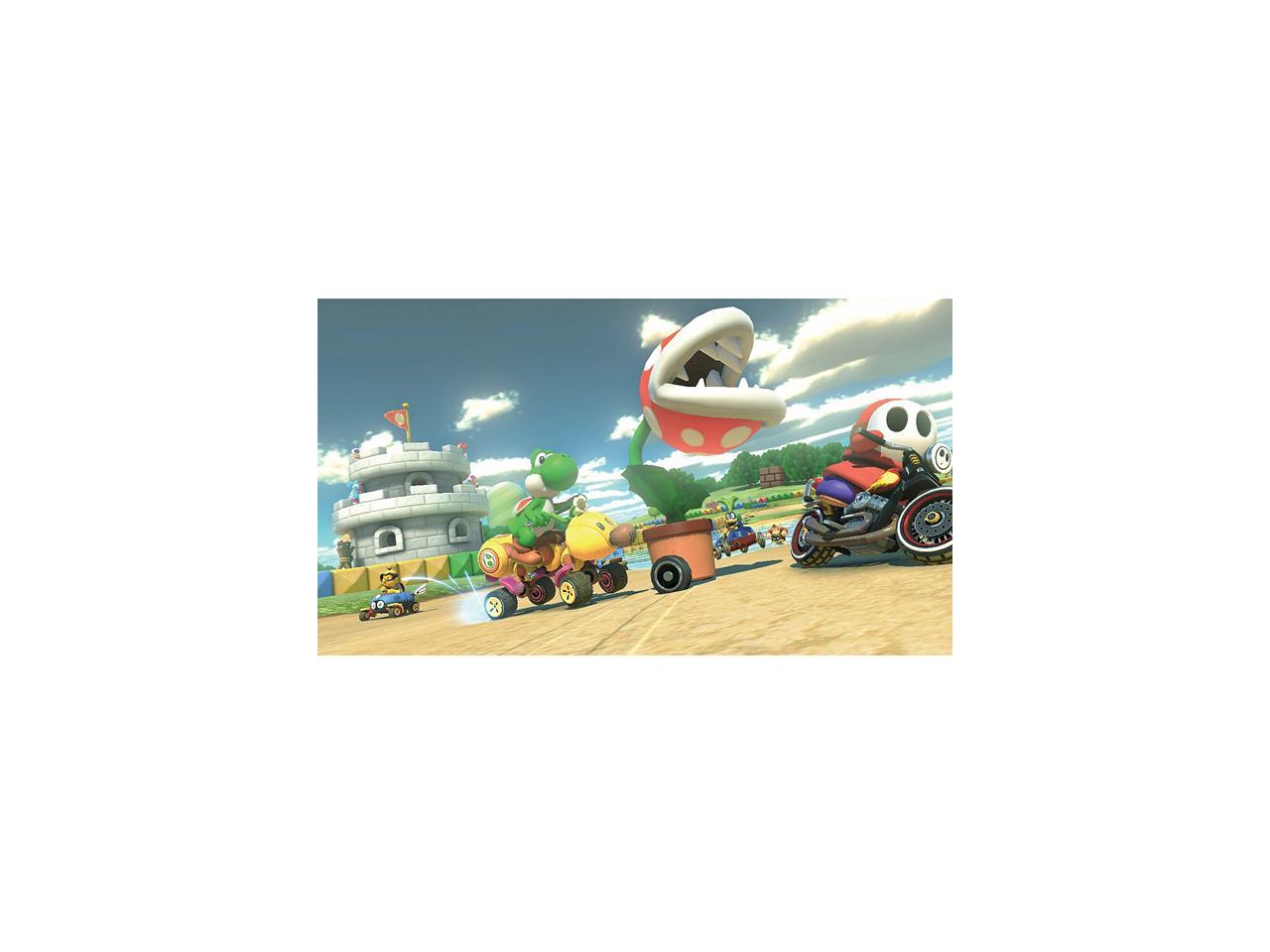 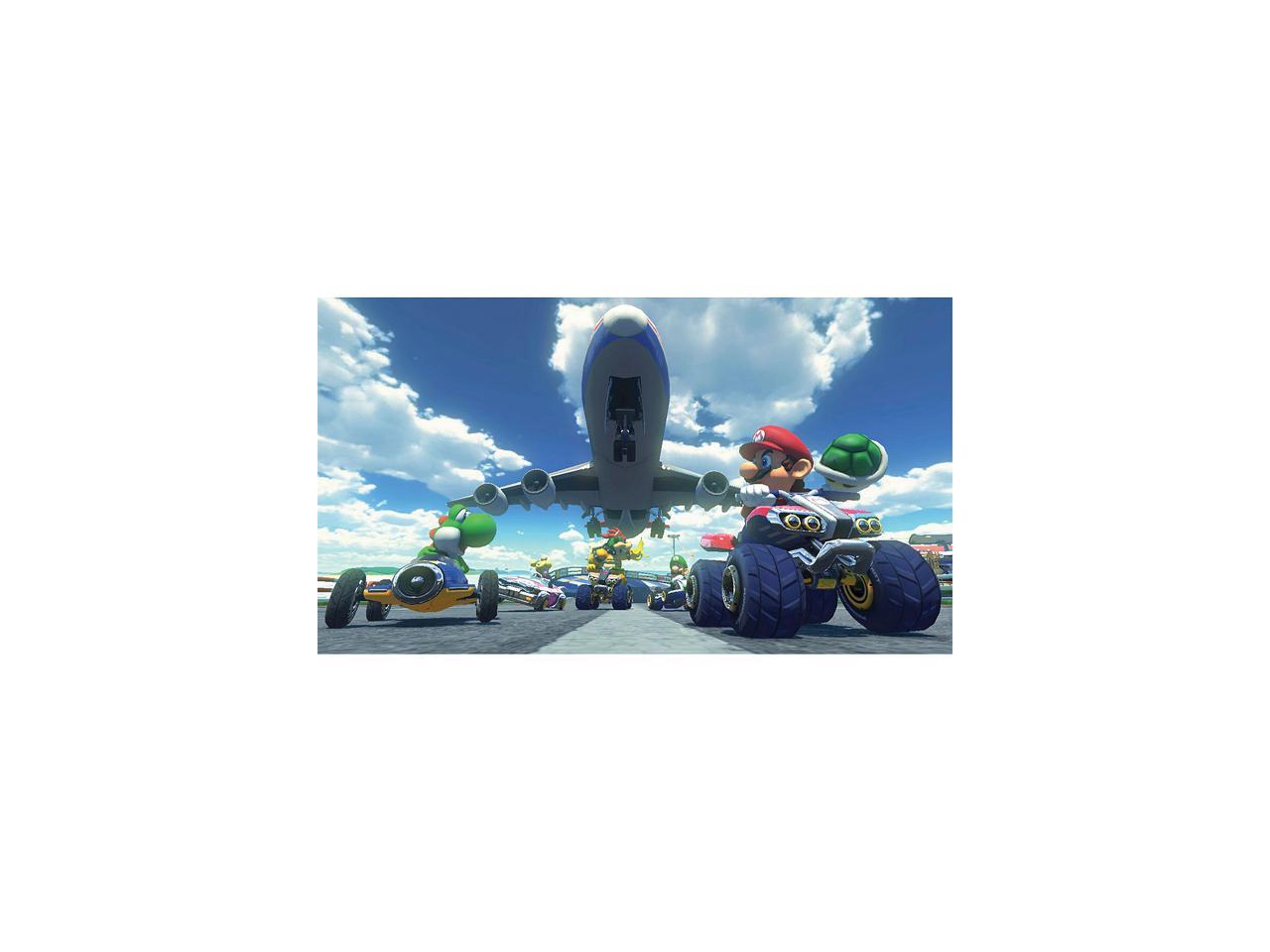 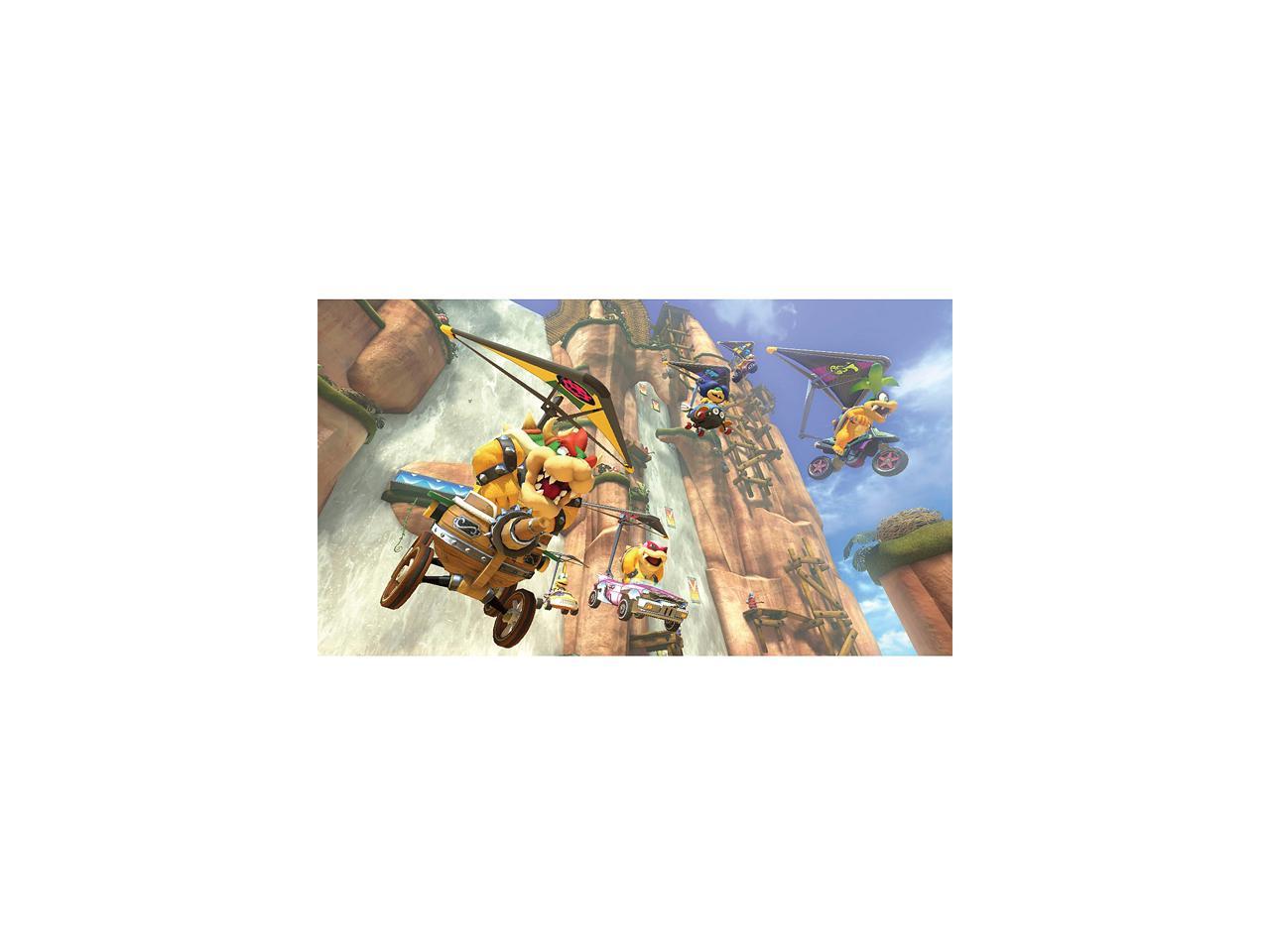 (2) Write a Review
OUT OF STOCK.
Please note that this product is non-returnable and non-refundable.
LOADING...
Specs
Reviews

Pros: As per Nintendo, the console itself is quite small compared to most other consoles out there and runs rather cool and quiet. The tablet controller seems gimmicky, but ends up being the coolest feature I didn't quite anticipate which turns the set into a (semi)portable home console. Since most games now offer off-screen play (including original Wii games) all you need for the console is to have it plugged into an outlet (though you'll still need a TV for initial console setup). You or other people can watch TV (which the tablet can control, as well as the cable/satellite box) while you play. Better still, the tablet controller offers a full size controller layout as opposed to the shrunken thumb-sticks, d-pad, and other buttons packed closely together on actual portable consoles like the 3DS or PS Vita. First party software is great as always, though missing certain franchises. Generally these games run rather smoothly with no screen tearing and minimal loading. The OS (Home screen), similar to the 3DS, and depending on the number games/apps you download, can feature just a single screen with small static system icons and larger movable game/app icons is simple and easy to navigate. The included charging cradle is very handy at positioning the tablet for playing original Wii games, which look much better than being stretched on a large tv screen due to the tablet's pixel density. The pro controller can play any game (that supports it) on the tablet controller. The console supports flash and external hard drives for extended storage options.

Cons: The biggest con is not only the volume of software available, but also variety. There are plenty of family friendly games, but action, sports, racing, etc games are too few and far between. New releases are slowing to a crawl, and third party software support mostly consists of ports and 'directors cut' editions of games from Xbox360/PS3 generation. The Nintendo Network online service is severely handicapped by the fact that all digital purchases are not only tied to a single user account, but also to the console which the purchase/software activation took place. It's not too bad if the console fails. You do need to go through the hassle of calling Nintendo customer service to reactivate the account on the new console rather than simply logging onto your account on the new console and re-download the content. Also they will need the original console's serial number, so if it becomes lost or stolen, getting all digital purchases back may become problematic. If you get one, better register that console or write down that number. The tablet controller's battery life is very short at around 3 hours at max brightness and features it's own annoying split ac adapter. The console, despite being underpowered compared to its rivals, costs more and most likely will not see a significant price drop ever at this stage due to the inclusion of the tablet controller.

Overall Review: As of this writing, the console is in the process of being discontinued. According to Nintendo, all available stock has been shipped out, so finding one at the sub $300 range will become increasingly difficult, so it's either now or never. For more portability, I recommend picking up a tablet controller usb charging cable so you don't have to worry about dealing with another adapter (input rating is 4.75V @ 1.6A for the tablet, but user tests yield <1A current draw with the included adapter). You can simply plug it into the front of the console or an external battery pack. Alternatively, consider getting the high capacity battery pack from the Nintendo store to boost the original battery from 1500 mAh to 2550 effectively doubling play time.

Did you find this review helpful?
Anonymous
Ownership: 1 month to 1 year
Verified Owner
Terrible Product and Customer Support1/4/2016 10:14:44 AM

Overall Review: Frankly, I cannot recommend anyone to purchase a Wii U due to my current experience as a Wii U owner. I ordered the Wii U 11/29/15 and got it sent back for repair on 12/29/15. Based on the limited time I had with it, I was quickly impressed by the gamepad and its features. The gamepad affords some portability in the sense that you don't need a T.V. to play the Wii U. I found myself moving the Wii U from room to room with relative ease as the system itself is very lightweight. The gamepad also doubles as a remote for the T.V. which you can use to turn off/on. My brother also previously owned a Wii so I was able to use his Wiimotes to play with my nephews. Still the gamepad is not perfect as you might find it cumbersome depending on the type of game you are playing or the amount of time you plan on playing. The LCD screen is also not as clear/crisp of a display as you will find in some top brand cellphones. As I looked through the eShop and online for games I notices a lack on quality games. Most of the top, popular titles are launch by Nintendo themselves (Super Mario Games, Splatoon, Smash, etc) and sport a $60 price tag. Sometimes sales can go as low as $35 if you're looking for these titles but that's all based on luck. The eShop is just terrible as most categories only show a limited amount of games and the filtering categories are lacking. It seems there are just as much or more virtual console games (NES, SNES, Wii, etc) than there are Wii U titles. Now the obvious problem I have with the console is the fact that it broke down on me in less than a month. My issue came about while playing the installed Mario Kart 8 (MK8). As I was watching a replay of the track I beat, the Wii U crashed and produced and error code: 160-0103. I was able to reboot the system multiple times but when trying to launch MK8 it would produce the same error code. I decided to boot up another game (Minecraft: Wii U Edition) only to have the system produce the same error code again. However, this time around it stopped booting up making me unable to even reach the home screen. I called Nintendo Support whose service was mediocre at best. The tech who took care of me (His name was: Luis) did try to assist but I found myself having to repeat information often. In addition, he took my name wrong and was about to ship the console to the incorrect address which I had to call back to correct (another tech took that call). Luis placed my repair request as an “Out of Warranty” console. While it seems they are not charging me (yet?) they were going to make me handle the shipping and handling cost which I refused to do on the basis of how it was already inconvenient enough to have to send the console in for repair. The status of my Wii U is still set as “due in” even though UPS tracking states the package has already arrive at the facility. I bought the Wii U hoping its game library and features would set itself apart from "next gen" consoles like the PS4 or XBOX One but this turned out to be a bad investment. My old NES still works fine which makes buying Virtual Console games and the Wii U laughable when it comes to quality.

4 out of 25 people found this review helpful. Did you?