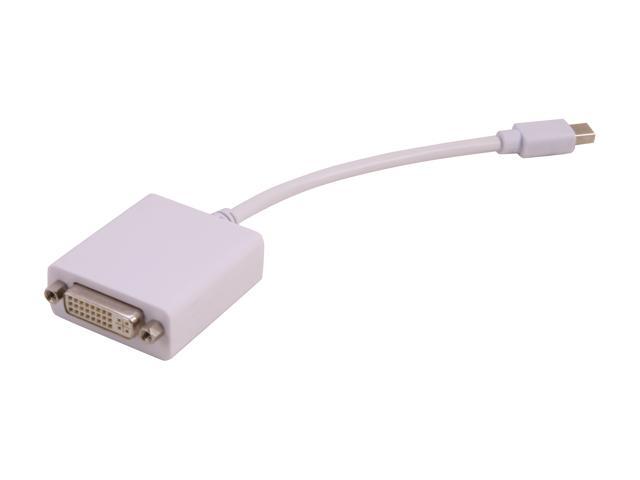 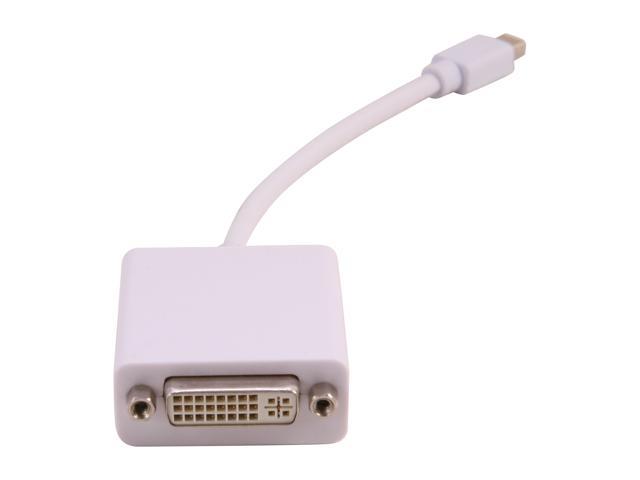 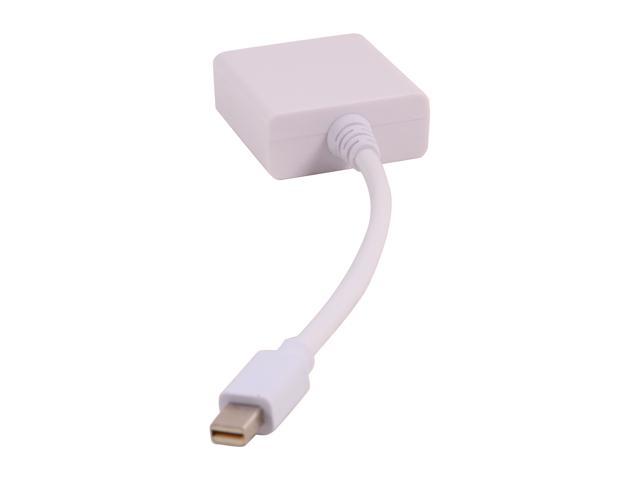 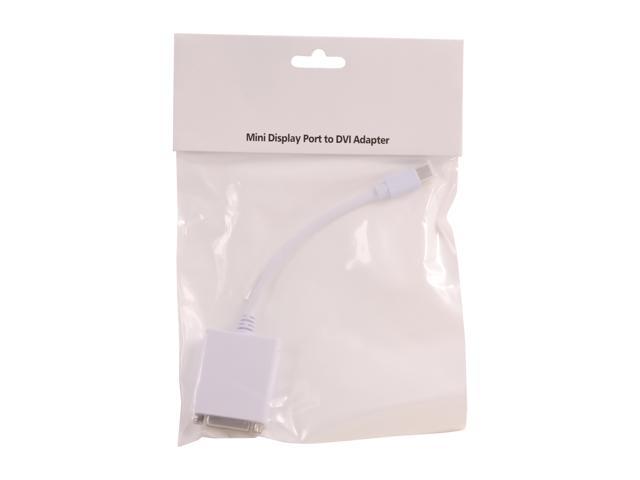 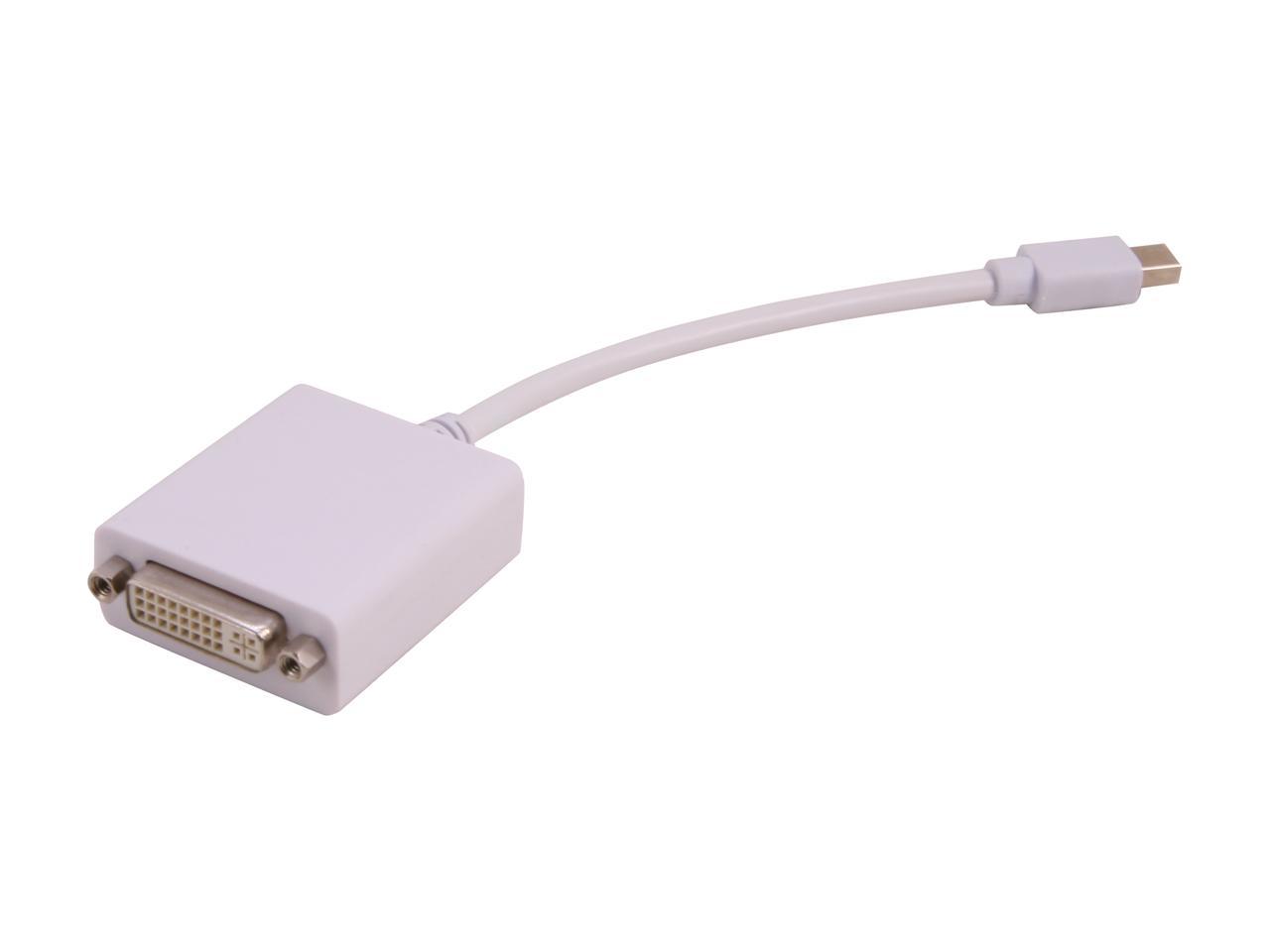 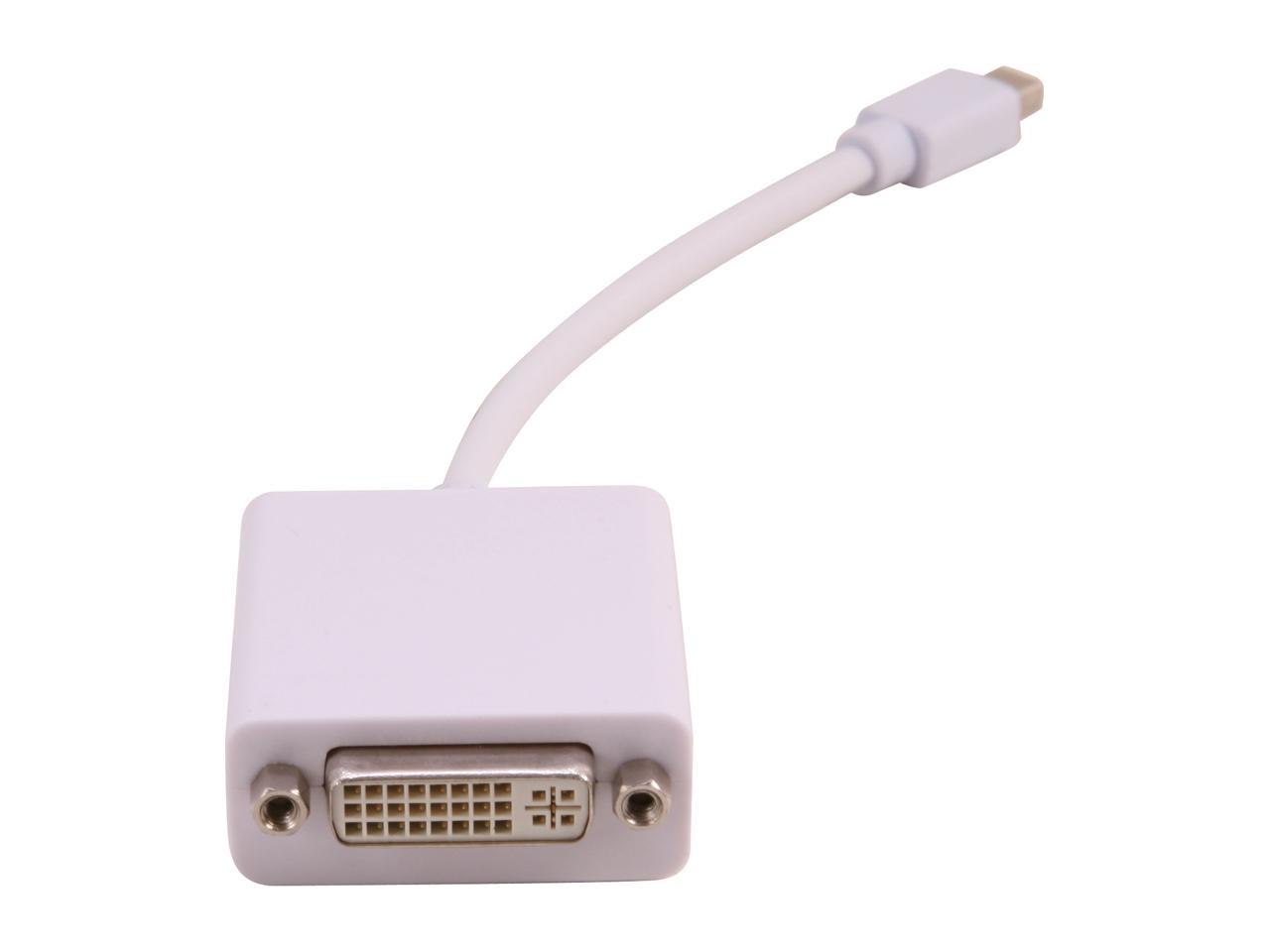 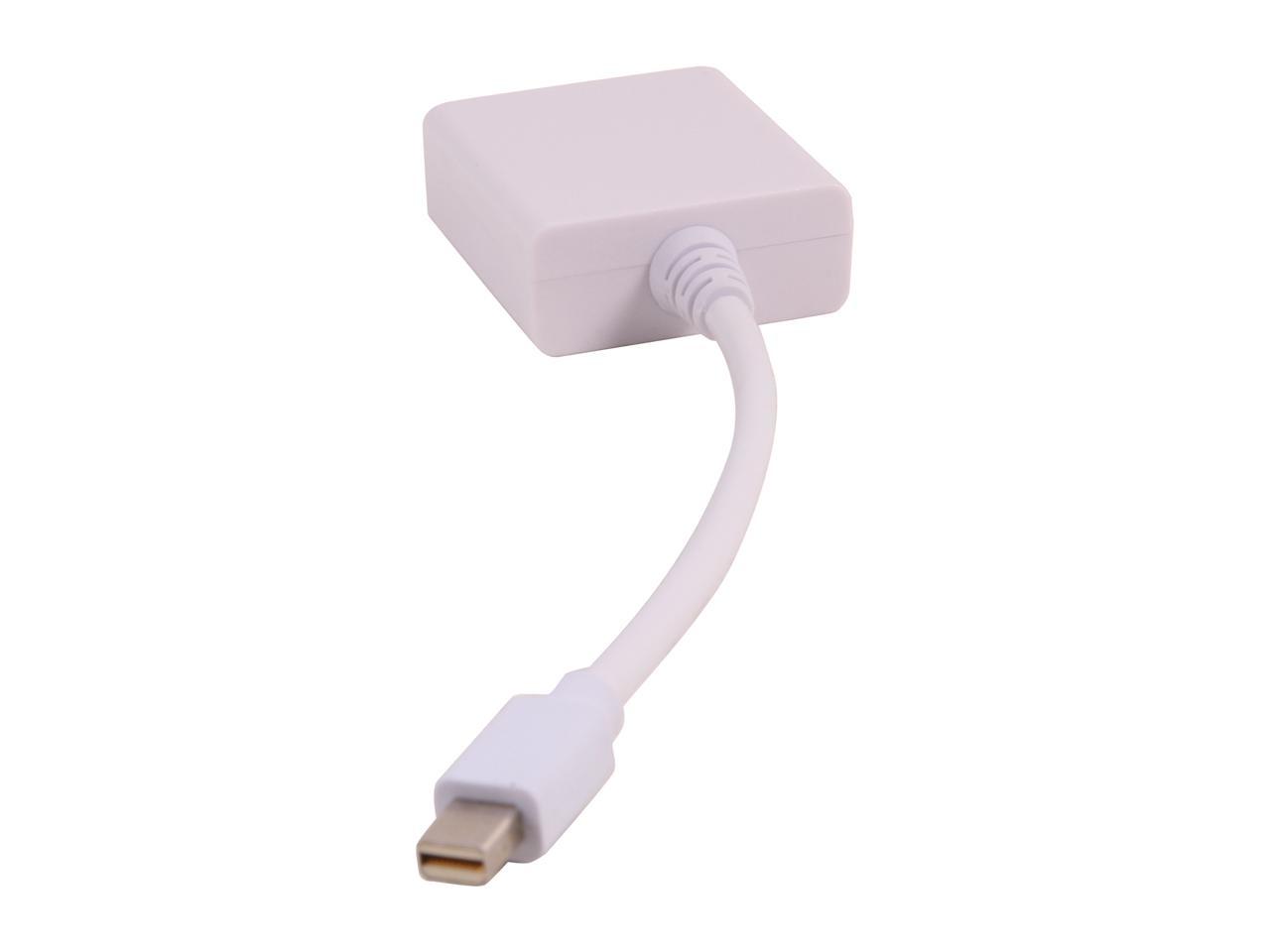 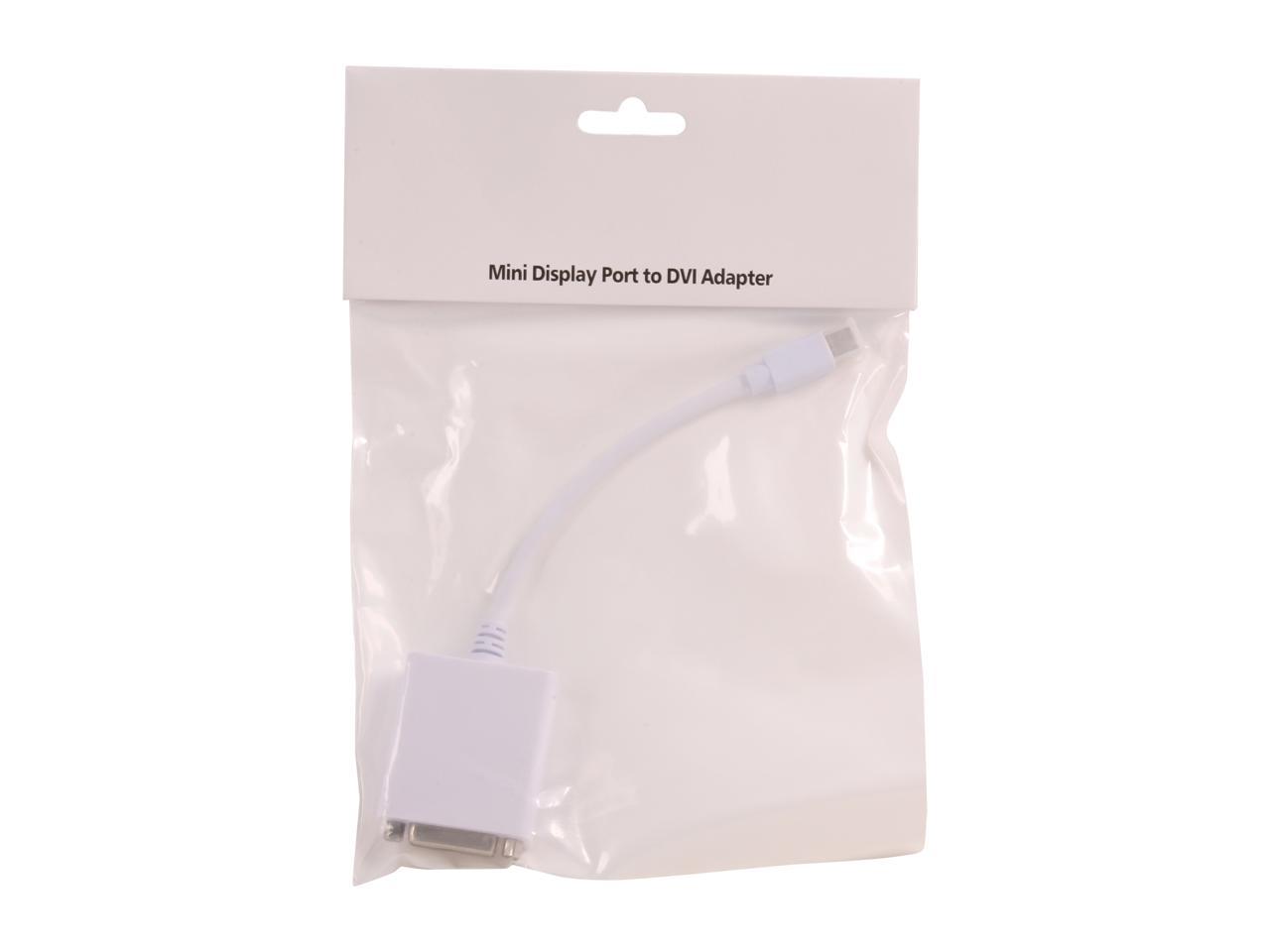 Pros: Does what it describes at a great price! Converts mini-display port to DVI.

Cons: I'm writing this review as a warning to anyone attempting to setup and Eyefinity monitor array using this device. Be warned that you will instead need a ACTIVE adapter. On newegg I recommend the StarTech MDP2DVIS for Eyefinity applications. This is not the fault of this adapter, just a requirement of AMD/Radeon. I'm trying to help fellow neweggers from ordering the wrong adapter.

Pros: The adapter works well, and it's fairly long. The flexible cord is over six inches in length (not counting the hard plastic tips).

Cons: Has the four holes for an analog adapter, but these are non-functional. The plastic has a cheap feel to it, particularly around the DVI connector, but this is really a matter of feel and heft. I would not have concerns about the plastic cracking in my laptop bag.

Overall Review: Most of these adapters lack the holes necessary for daisy-chaining this adapter to a DVI to VGA adapter. Adapters (converters) capable of daisy-chaining like that are generally 10x more expensive than this adapter. I didn't buy this adapter specifically for that functionality, but wondered if I could save some money by using this with my Apple DVI > VGA, instead of buying a miniDP (Thunderbolt) > VGA adapter as well. Even though you can physically connect the adapters, I was not able to get the signal to pass through from a late 2011 Macbook Pro to a projector. Neither the system nor the projector responded with the connection was made. It's a fine miniDP to DVI adapter, but don't expect this to be anything more than that.