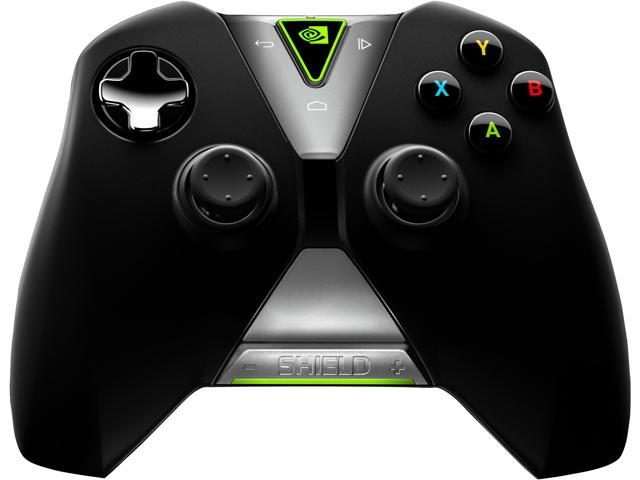 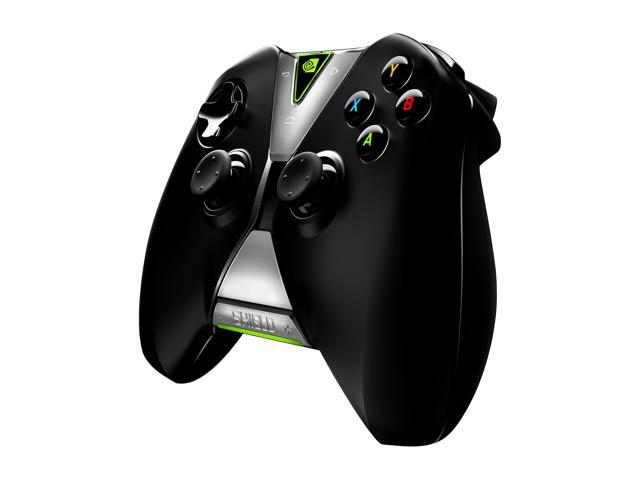 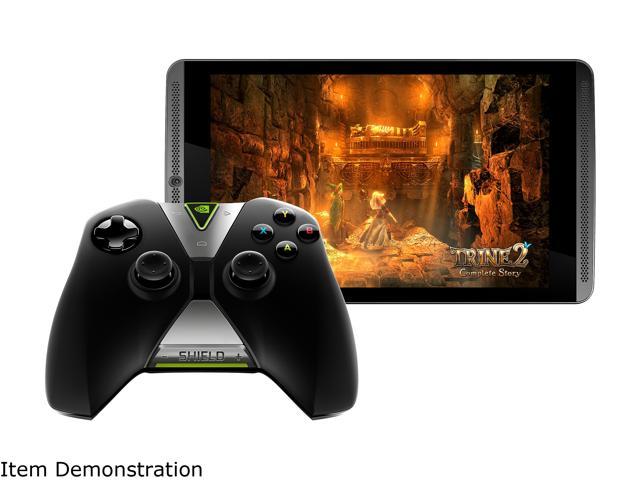 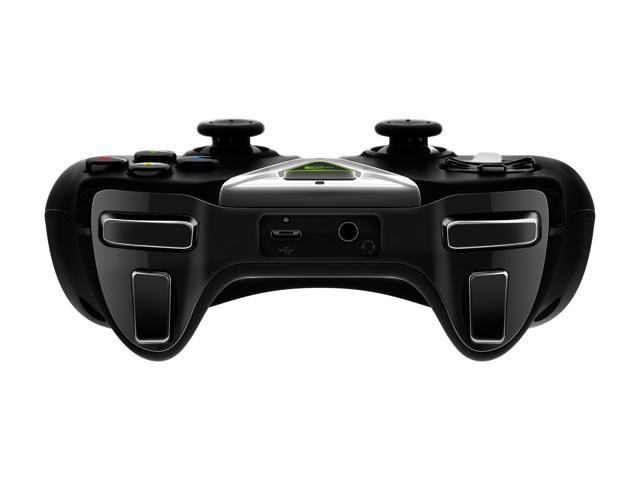 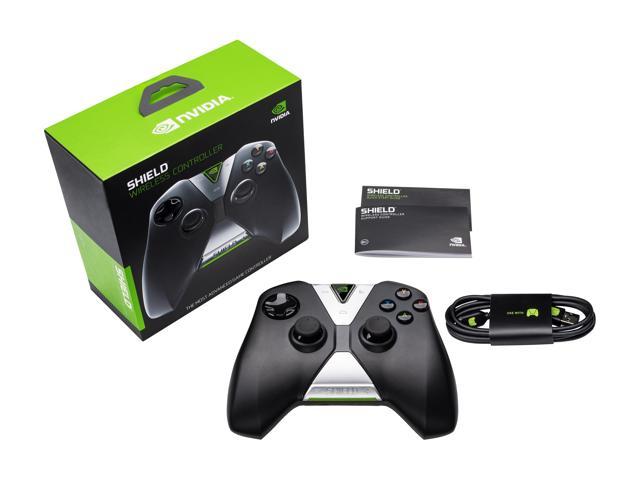 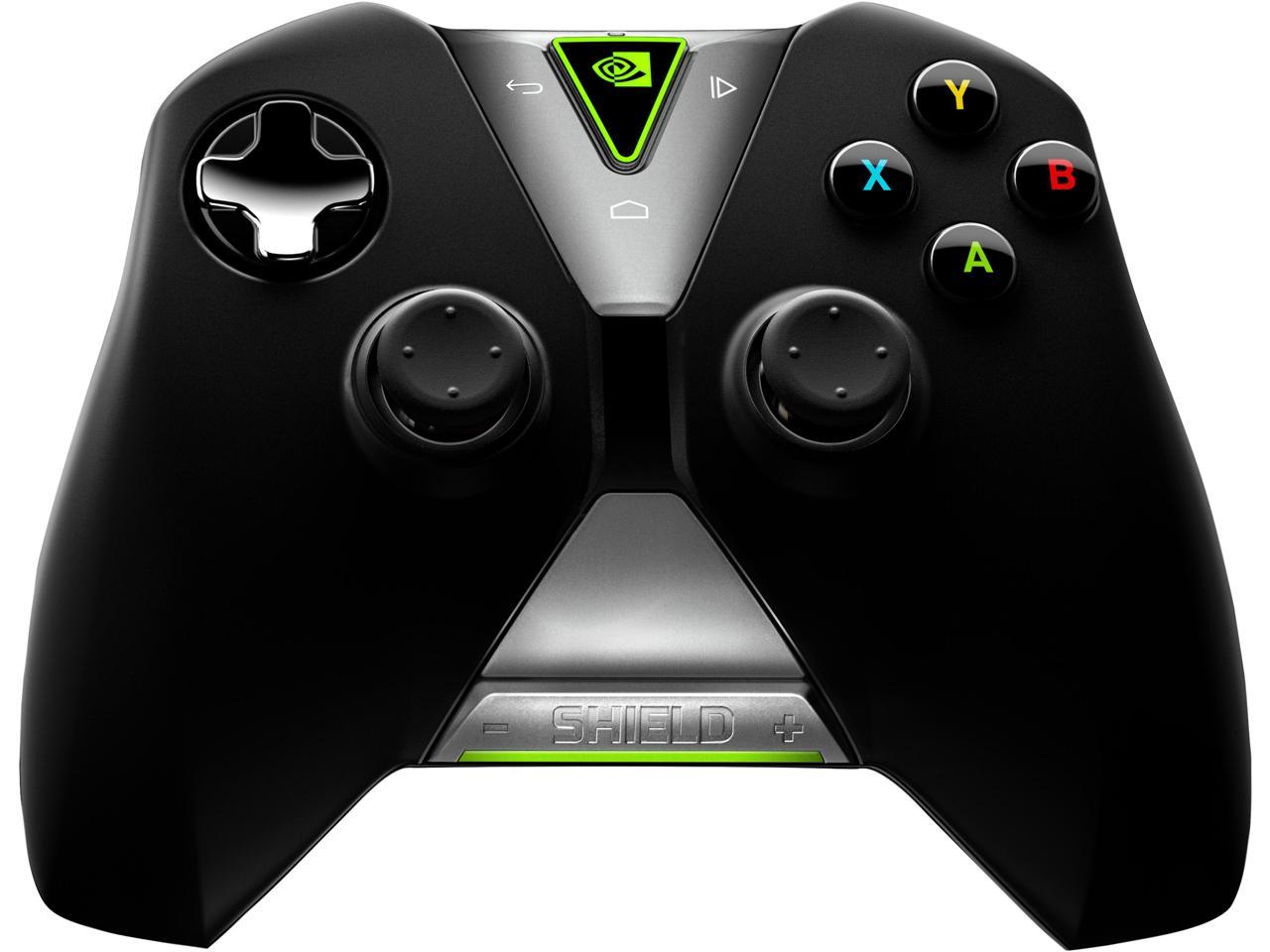 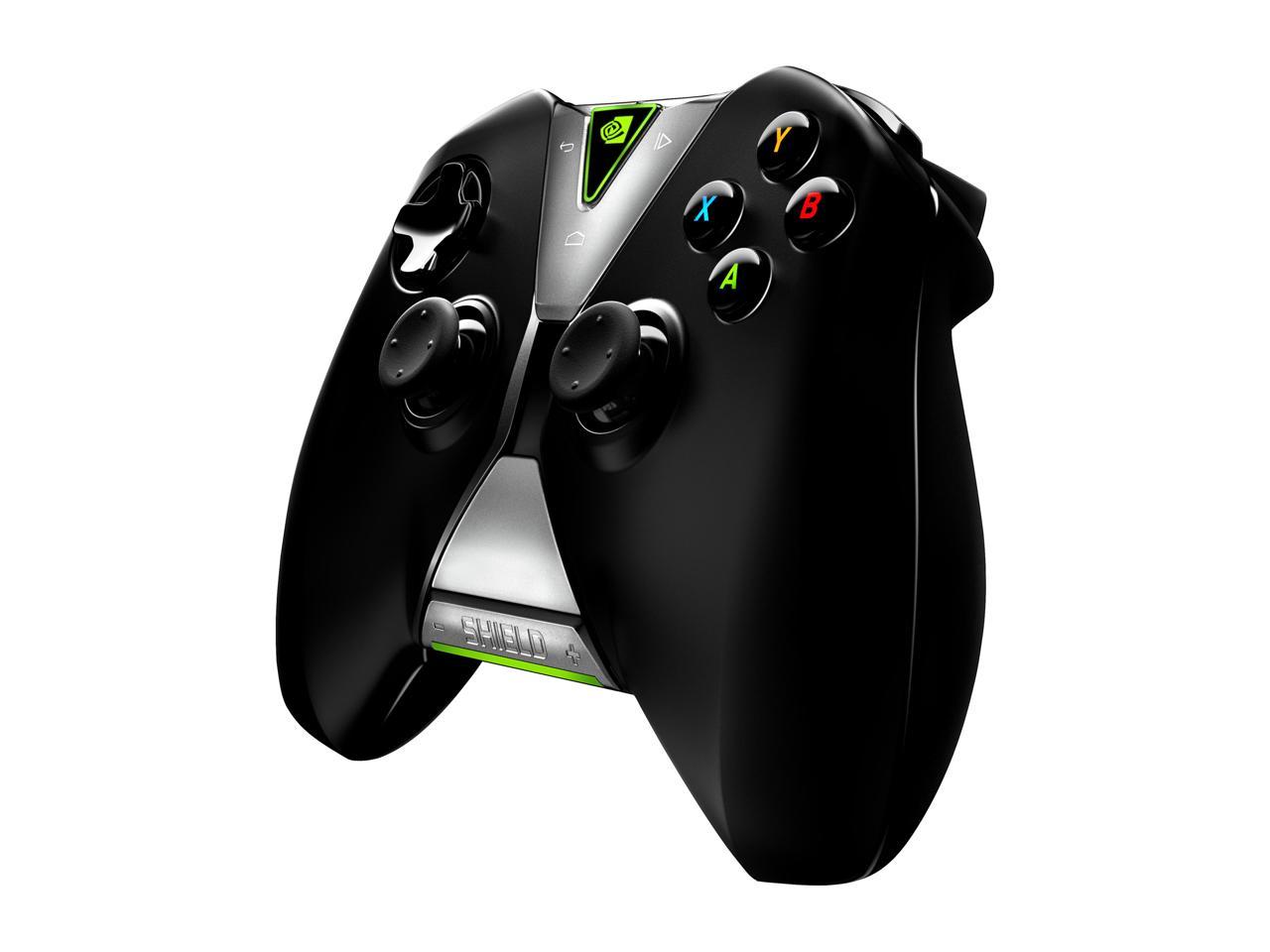 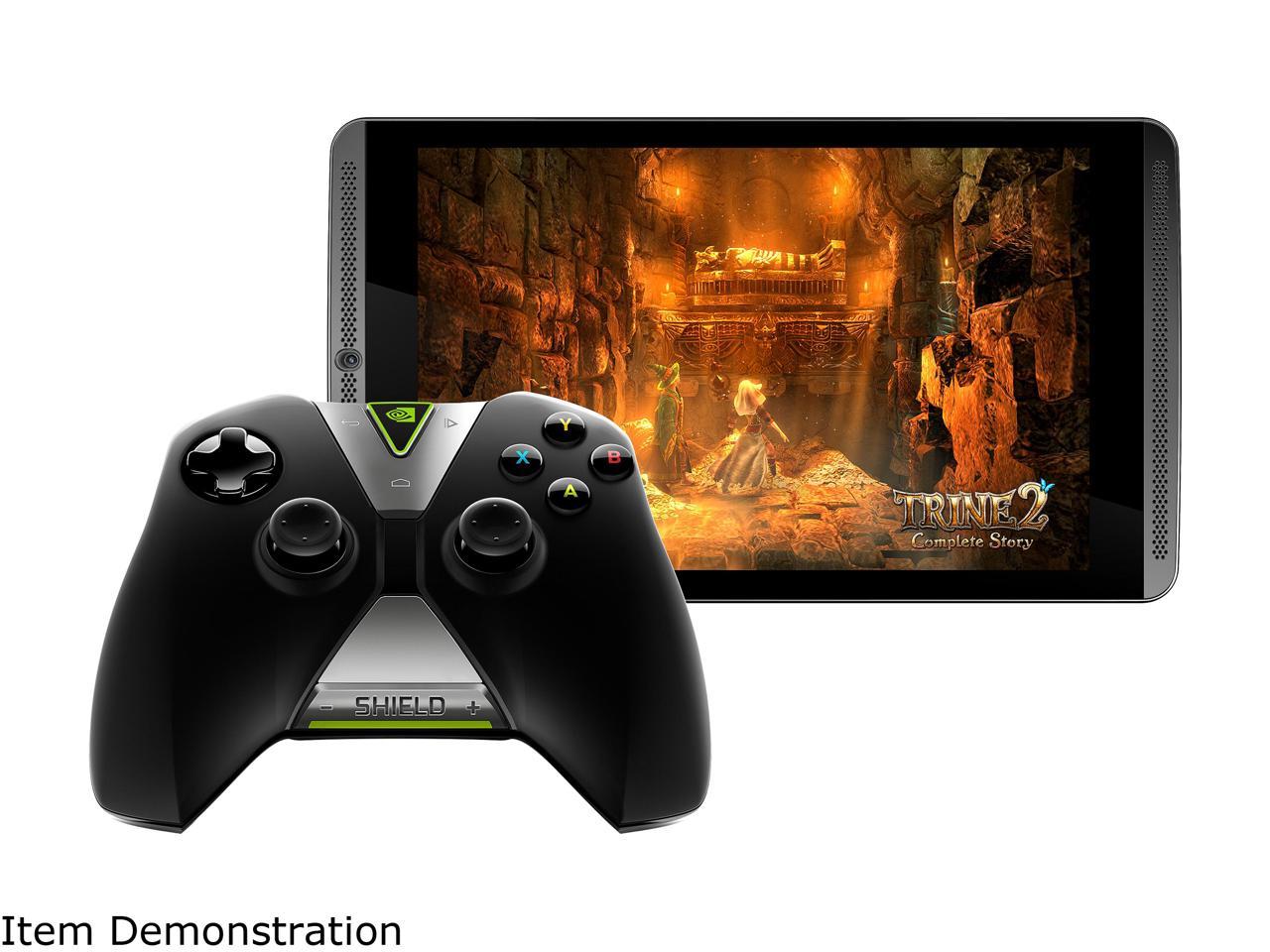 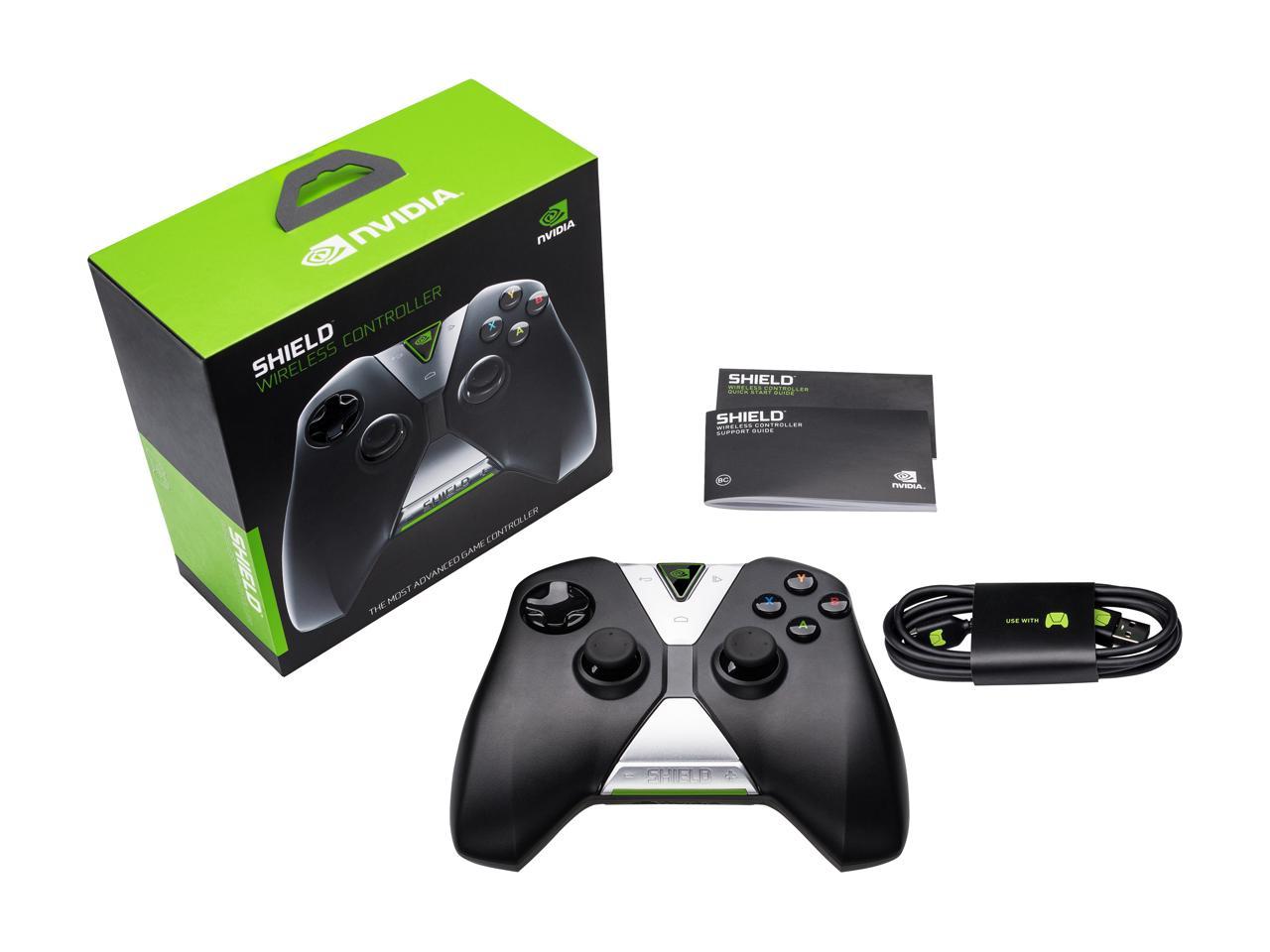 Pros: Connected to pc with USB cable. Has a great feel to it. Can adjust volume straight from controller. Has a headphone port on it. Works great with Nvidia shield tablet.

Cons: Cannot use with tablet while charging on pc. Not really a con, but since I game near my pc, it would be nice. Doesn't come with Wall AC adapter - comes with a usb cable but no wall outlet and when connected to a pc, can only be used to control games on the pc. A bit more expensive than a 360 or logitech controller, but totally worth the extra $$$.

Cons: A little on the heavy side, though not overly so. Touch buttons work fine, but offer no feedback which may be annoying for games using select/start often as they're higher than standard layouts. Small hands might have difficulty reaching Back/Start buttons. The power and sync is the same button, which is touch and easy to hit when carrying it around. Powering it on and off without activating sync takes a little practice. Volume bar does not match the rest of the build quality. I experienced artifacts in the sound using the built in headphone jack.

Overall Review: The controller is a little on the big side and is not as comfortable as an Xbox or Playstation one, though the recess on the bottom lets your middle fingers rest. It's a little expensive, but the over-all build quality is fantastic. Touch pad is rather solid but the click feels weird at first.

Pros: Nothing really, read the cons and you'll understand why.

Cons: I don't know if I'm the unlucky one who got one that had a manufacturing defect or if it is the contoller in general but I doubt it. The controller isn't very responsive, I kept it anyway, but now, it's just as worse as before. Most of the buttons are unresponsive. The controller itself, if it would be working the way it should be working, would be a fine controller I guess, but In the end, If I were, you, I'd just get a 360 controller, it's responsive, and it's good, it works well and it's comfortable, I do not like Microsoft much but their controllers generally good. The Nvidia Tablet is good though, it's nothing perfect, but it has a great video card, didn't had too many problems with it unlike with the controller.

Overall Review: If I could, I'd get a refund, but I guess it's too late now.

Cons: The only con is that the sound crackles a bit when you use headphones with the controler.

Overall Review: The shield tablet is incomplete without this item.

Pros: -very comfortable -not heavy -easy to use -volume controls/headphone jack on controller are very handy. -battery lasts long -has a premium feel -has touch pad/ cursor (useful if you don't want to navigate with touch and with running

Cons: -some games require the use of the soft keys which sometimes results in unintended mishaps in game. (not really a controller issue) -battery is not user replaceable -turning the controller on and off not straight forward.

Overall Review: Having the shield tablet without the controller felt incomplete. If you plan on using for PC gaming or game stream it's much better than a third party controller.

Pros: Works with every game I've tried well, I like the feel in my hands it's very comfortable and feels natural to me and I have bigger hands so it was nice to have something that fit so well.

Cons: The USB cable that comes with it is pretty short. So it's fine if you're at your desk and your PC is right there but if you're trying to stream a game to your TV and you're on your couch you'll want to consider finding a longer USB cable.

Overall Review: Install is also easy, works with Windows 8.1 and 10 with no issues.

Pros: First thing to notice about this controller is the build quality. The finish, weight, and buttons/triggers have a professional feel that beats out any controller that I have ever used. With the exception of the X,Y,A,B buttons, I think the xbox controllers do a better job at them but not by much. The analog sticks are smooth as silk and all the buttons have excellent tactile response. What sets this controller apart though is its functionality with Android, which turns your shield tablet into a legit console experience that rivals XBox one and PS4. Since I have started using Nvidia's GRID service I haven't thought about a next gen console once. If Nvidia can create a solid MP experience with their GRID service then they will be strong competitors in the console market. Another thing that sets this apart is that is has the lowest latency out of any controller. The WiFi connection gives you the most responsive experience ever. Another big bonus is that Nvidia allows support for usage on your Nvidia powered GPU PC through USB connection. Playing the original BioShock at 4k with this controller is an amazingly gratifying experience. Those big daddies make this controller shake like H**L, greatly adding to the experience. Since this pairs with a full android tablet I have an SNES emulator and the controller works with all the roms I have tried. I was super excited about this as I can now relieve my childhood gaming experiences lol

Cons: Price? You pay a premium for this controller but it hasn't detracted from my experience. The streaming services is useless without

Overall Review: The track pad is not particularly useful. The issue with it is the sensitivity is too low making you have to pick up your finger over and over to get across the screen. If they fixed it I would be putting the track pad in the pros. It isn't a con because it doesn't diminish my experience with the controller. One review made me laugh because Nvidia "copied" xBox according to him, except the analogue stick placement, touch pad, volume controls, android interface, and overall superior build quality of this controller. (I really like this controller ). If anything they took the solid design of the xBox and made it even better but it stands out from the other controllers I have ever used. I am super excited for Nvidia to expand their Shield lineup with their new console. I honestly think that game streaming is the future, bypassing pesky aging hardware. All of my console games play at 1080P and 60 FPS. You can't say that about Next Gen, let alone for the price. To get the console experience out of your tablet you need; Shield tablet $299, controller $60, HDMI mini $5, and a good router $70.

Pros: Great button positioning and ergonomic design. The buttons feel very responsive, and the lithium battery holds a long charge. As stated, the latency from the controller to the application played (even over GameStream) is slim to none! Just about the same latency as you would get playing on your PC. Oh, and you -can- use it as a PC controller. Read under "Other thoughts" to see how.

Cons: The touch pad, as another reviewer stated (though I disagree with their 1/5 egg rating by far), is a bit odd. Upping the DPI for it should solve the issue, but it's made for swiping your finger across and clicking, not guiding the cursor. The volume buttons seem to work -some- of the time, but nonetheless do. Certain applications seem to override their input for volume on the tablet; might be a software fix. Lastly I want to explain how the top buttons work. One of the reviewers said they were "too frustrating;" to this I say: "Not really." Touching the Nvidia emblem connects your controller to your tablet, Holding it launches the re-connection option. Tapping the Start (|>) icon doesn't seem to do anything unless mapped. Holding it enters the key/gesture mapping program on the tablet. The home and back icons do what they normally do on Android, but holding Home will bring you to Google Now, while holding Back brings you to the Share/Stream overlay. This is not a con, its learning.

Overall Review: I'd like to speak briefly here on compatibility, playing on a PC, and some technical stuff I've found here: When using the gamepad and playing over GameStream, the controller is detected on Windows as a "GamePad," but only over GameStream. Otherwise windows only recognizes the mouse pad, and it doesn't work well at all. With saying this, over GameStream, you -can- map all the buttons on the controller to any program that allows button mapping. Android games are a different story; for the most part, they need controller support to work well. I've been trying to play Deus Ex: The Fall, but it only recognizes my controller in touch-command format. It is interesting applying each button to touching a certain area on the screen, but overall it does not work as well as controller support does. Fun to mess with, though. ------------------ Lastly let me explain how to use the GamePad on your PC: You -cannot- directly connect it, but you can cheat! Here's how: Connect your tablet to your computer via GameStream, but do so by launching remote desktop (Check Nvidia's website for how to do so on Windows 7). Go to your audio settings and change the default sound device back to your PC's speakers (Unless you don't want that. :/). Then launch any game from here, no matter if full screen or windowed, and you should have audio only from your PC rather than only on your tablet. Voila! You have a controller connected to your PC through the "wireless receiver" of your SHIELD Tablet! (Personally, I wanted this badly because I have a 5.1 Surround setup). This is a good setup unless Nvidia provides the drivers to detect the controller properly on Windows. Console Mode was made to alleviate this issue otherwise. Just get a mini HDMI cable, plug it into the nearest HD TV or Monitor (or Receiver), launch Console Mode, and you should have the same quality of gaming! (Minus true 5.1 surround, unless your receiver/home theater can emulate it).