product
35-202-005OCZ Vendetta 92mm Ball CPU Coolerhttps://www.newegg.com/ocz-vendetta/p/N82E16835202005https://c1.neweggimages.com/ProductImageCompressAll640/35-202-005-05.jpgOutOfStock36.97USD/home/Components/Fans & PC Cooling/home/Components/Fans & PC Cooling/CPU Fans & HeatsinksOCZ Storage SolutionsOCZ Vendetta 92mm Ball CPU Cooler29.99581
OUT OF STOCK
Sold by: Newegg
Shipped by Newegg
This item is currently out of stock and it may or may not be restocked.
Out of Stock
Add To Wish List 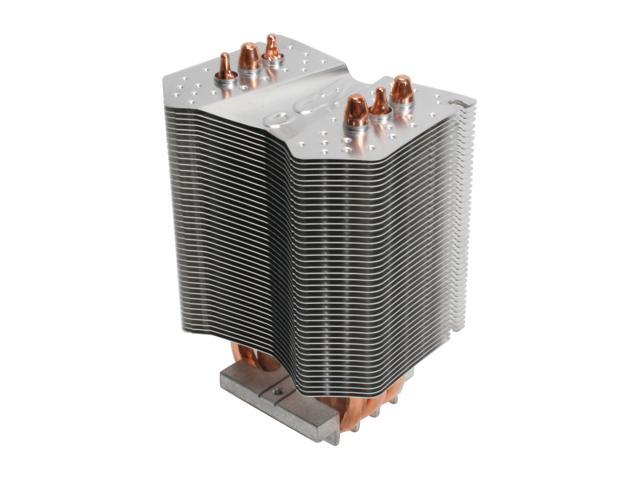 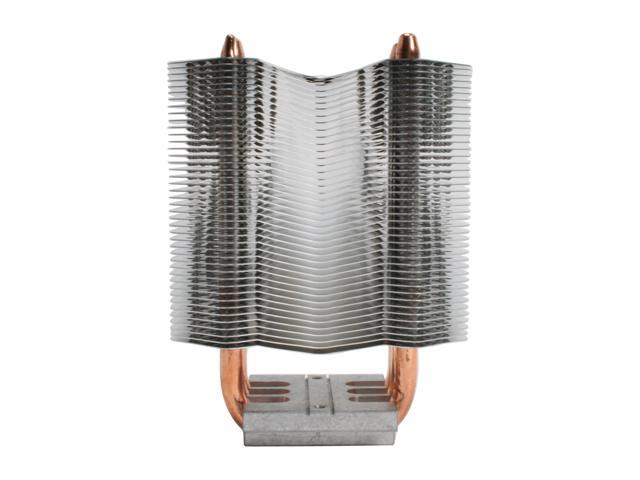 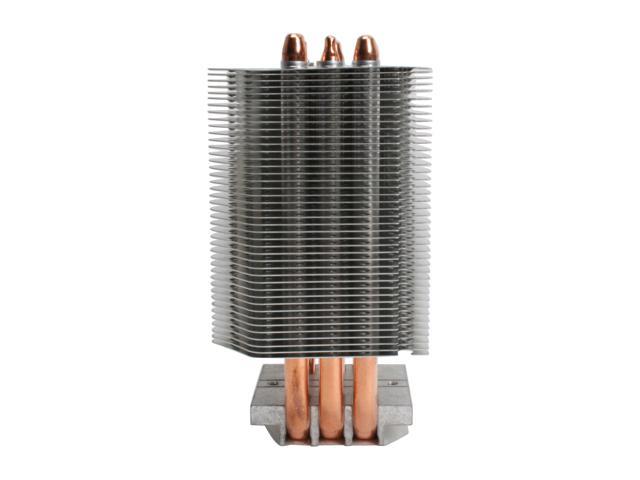 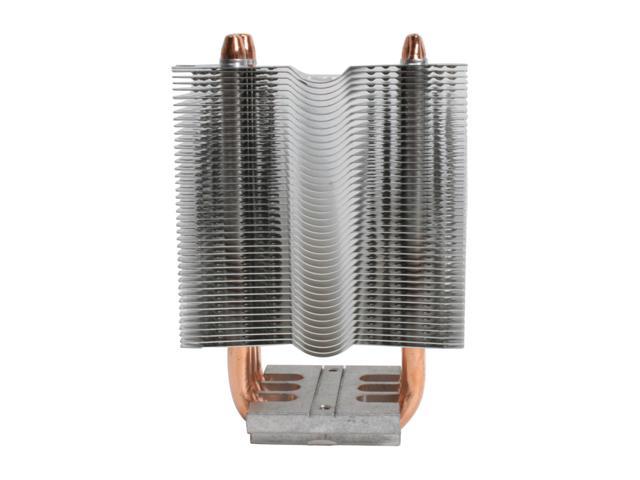 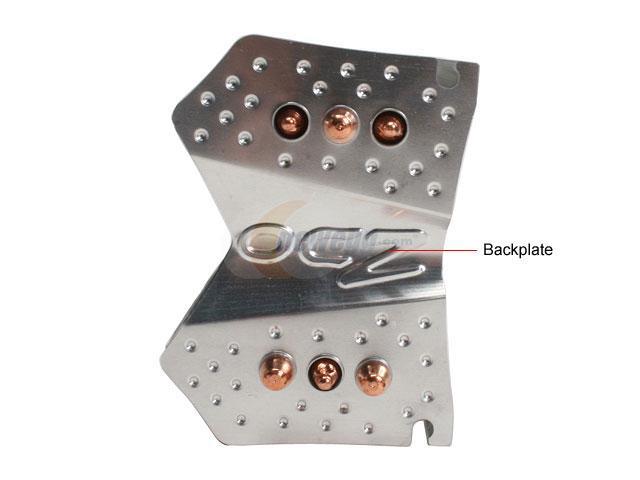 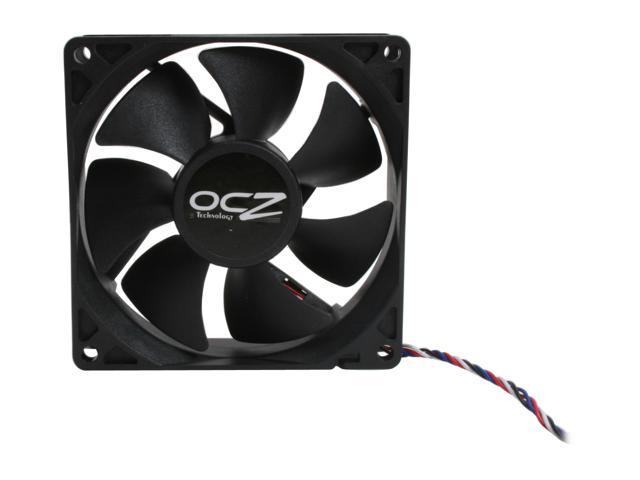 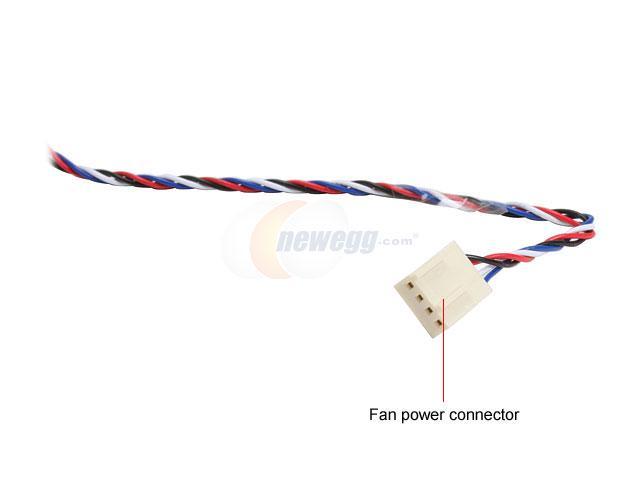 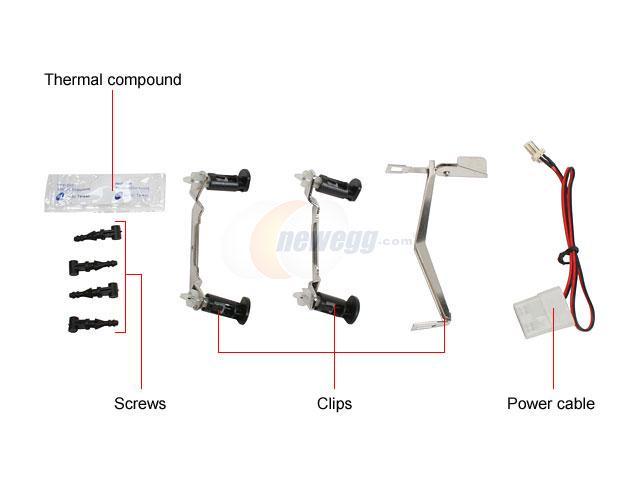 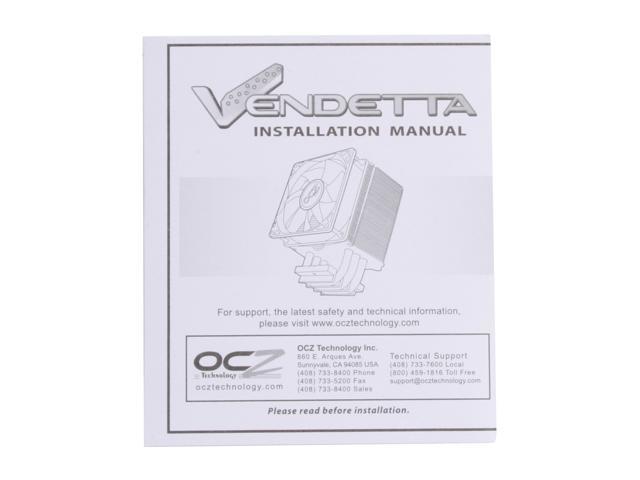 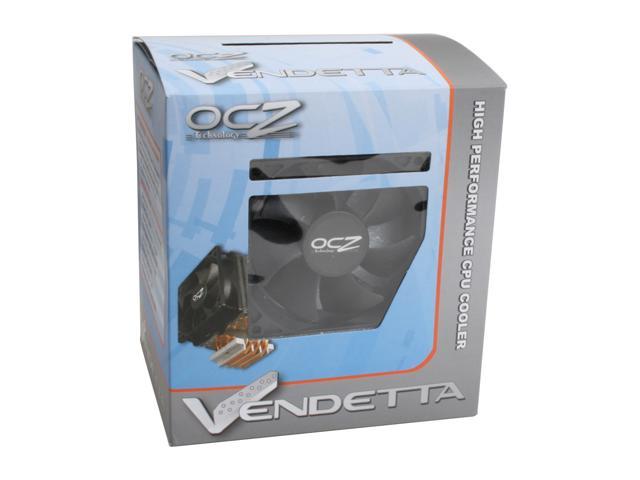 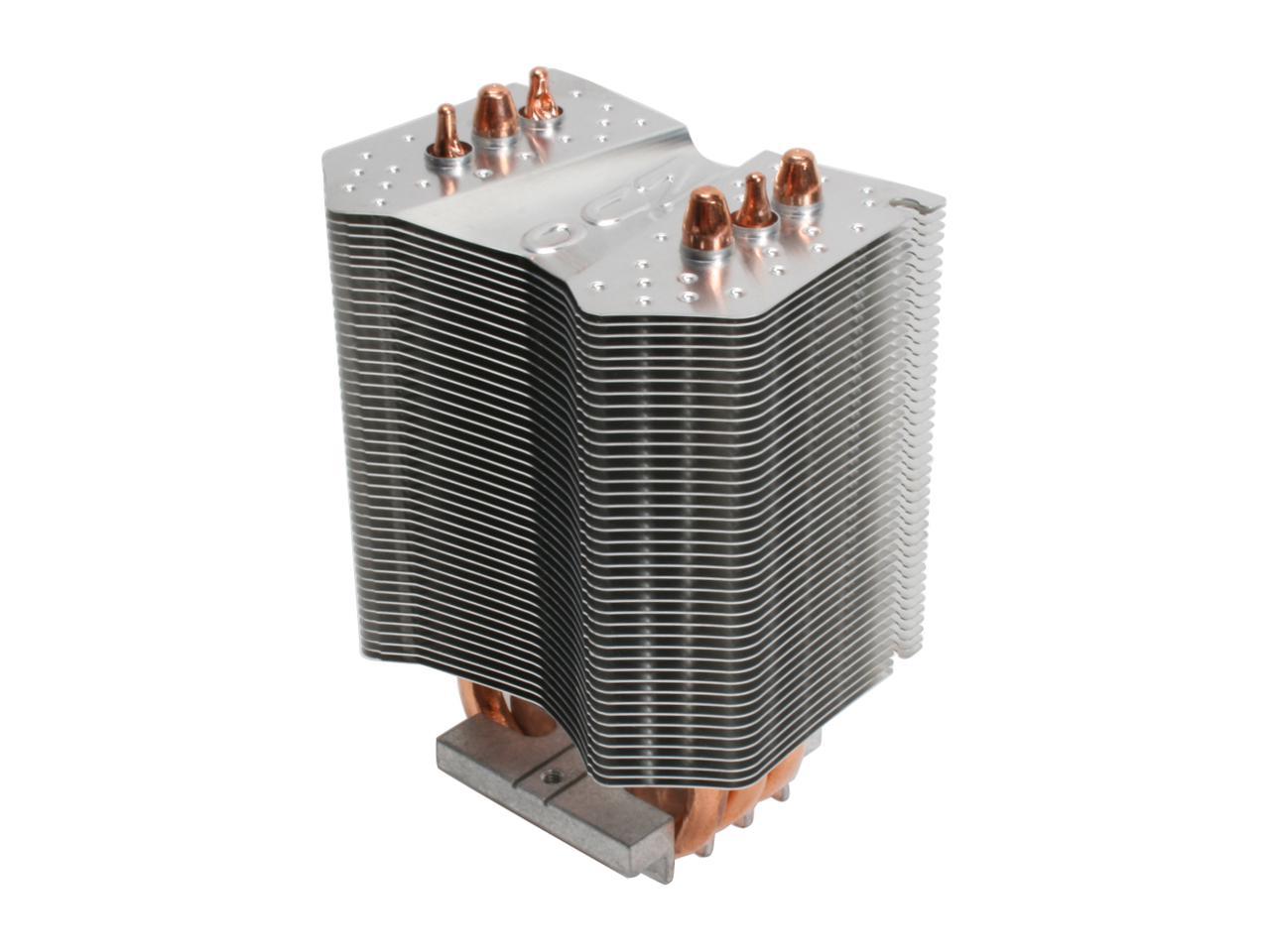 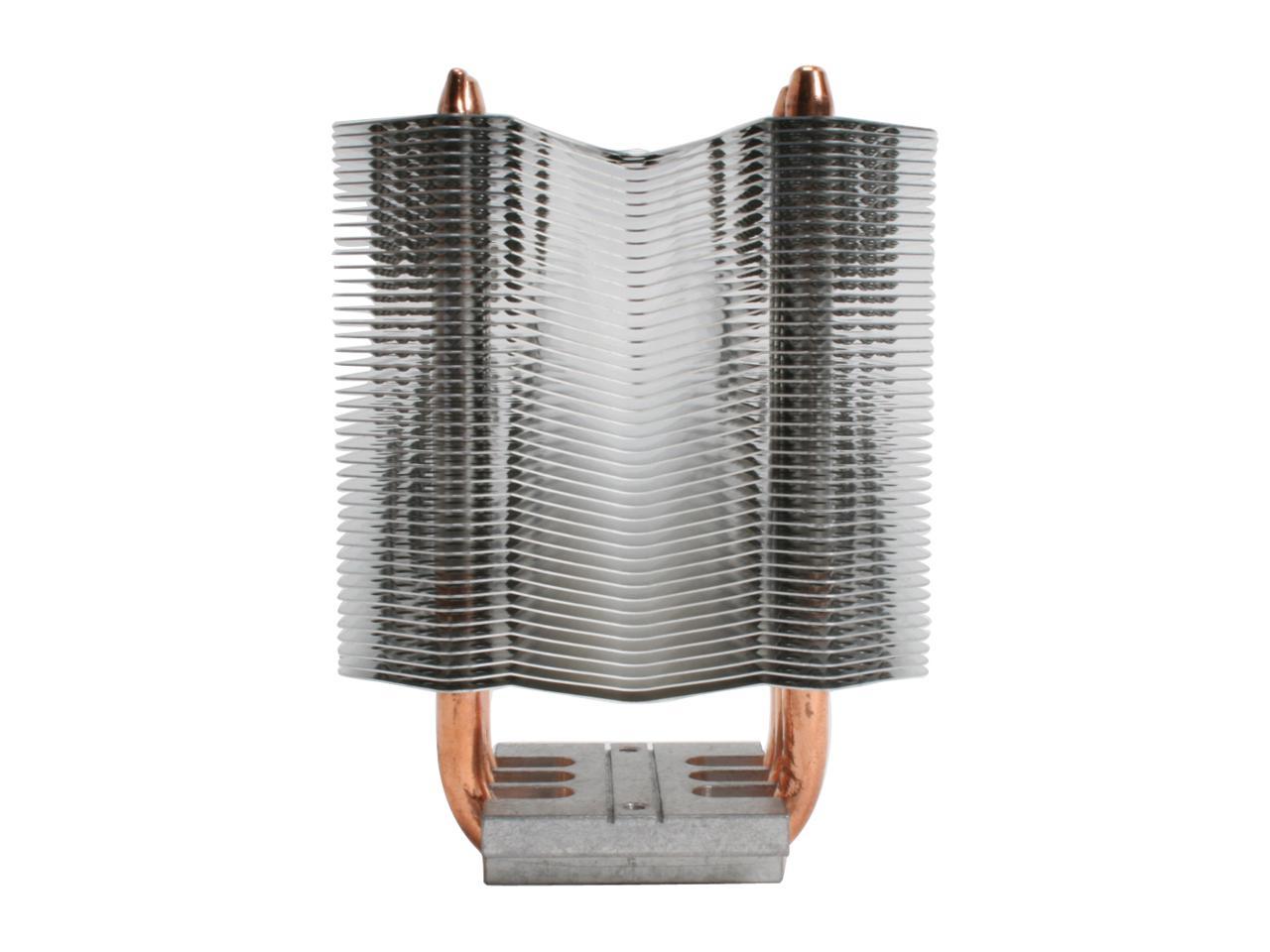 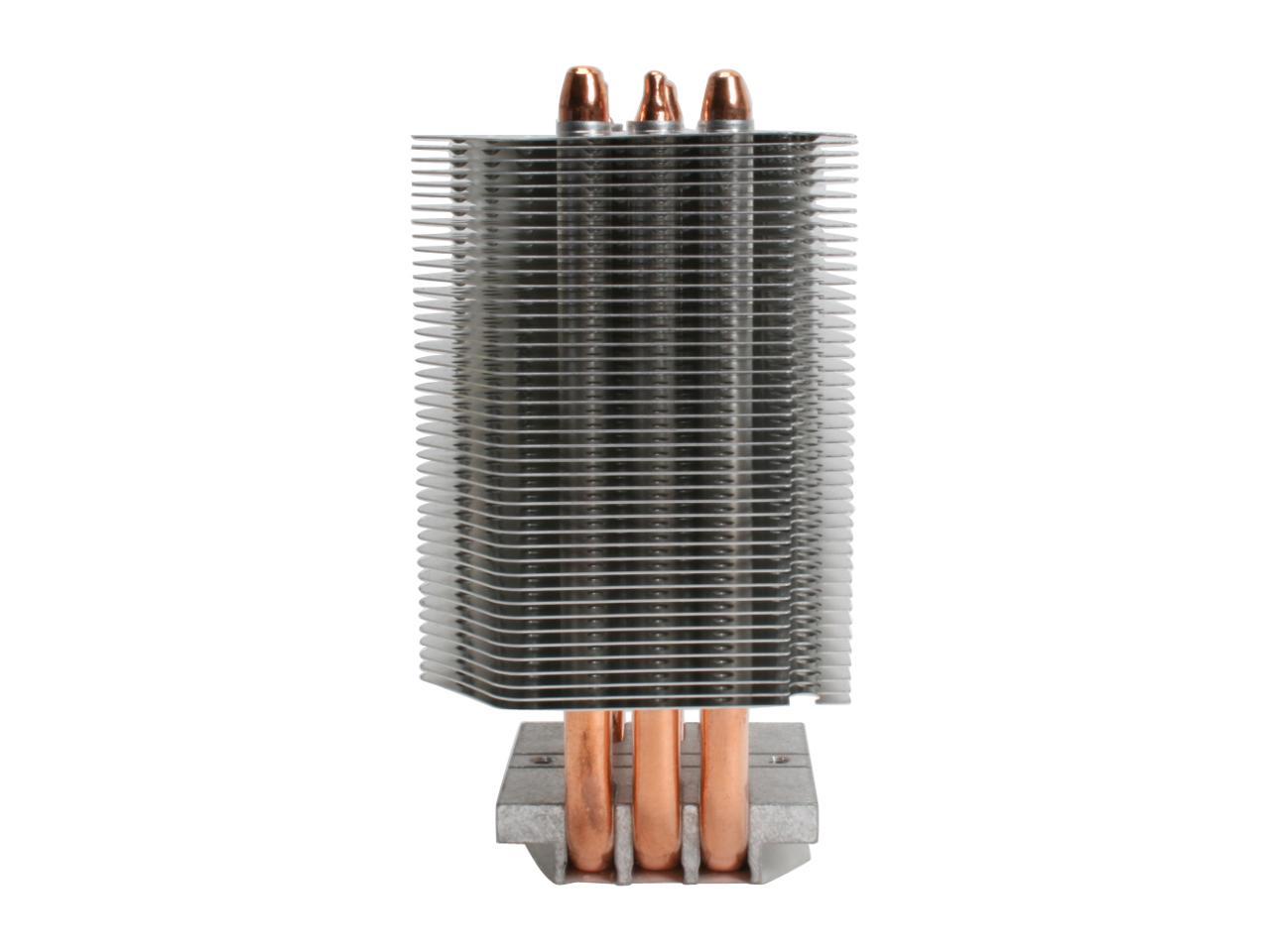 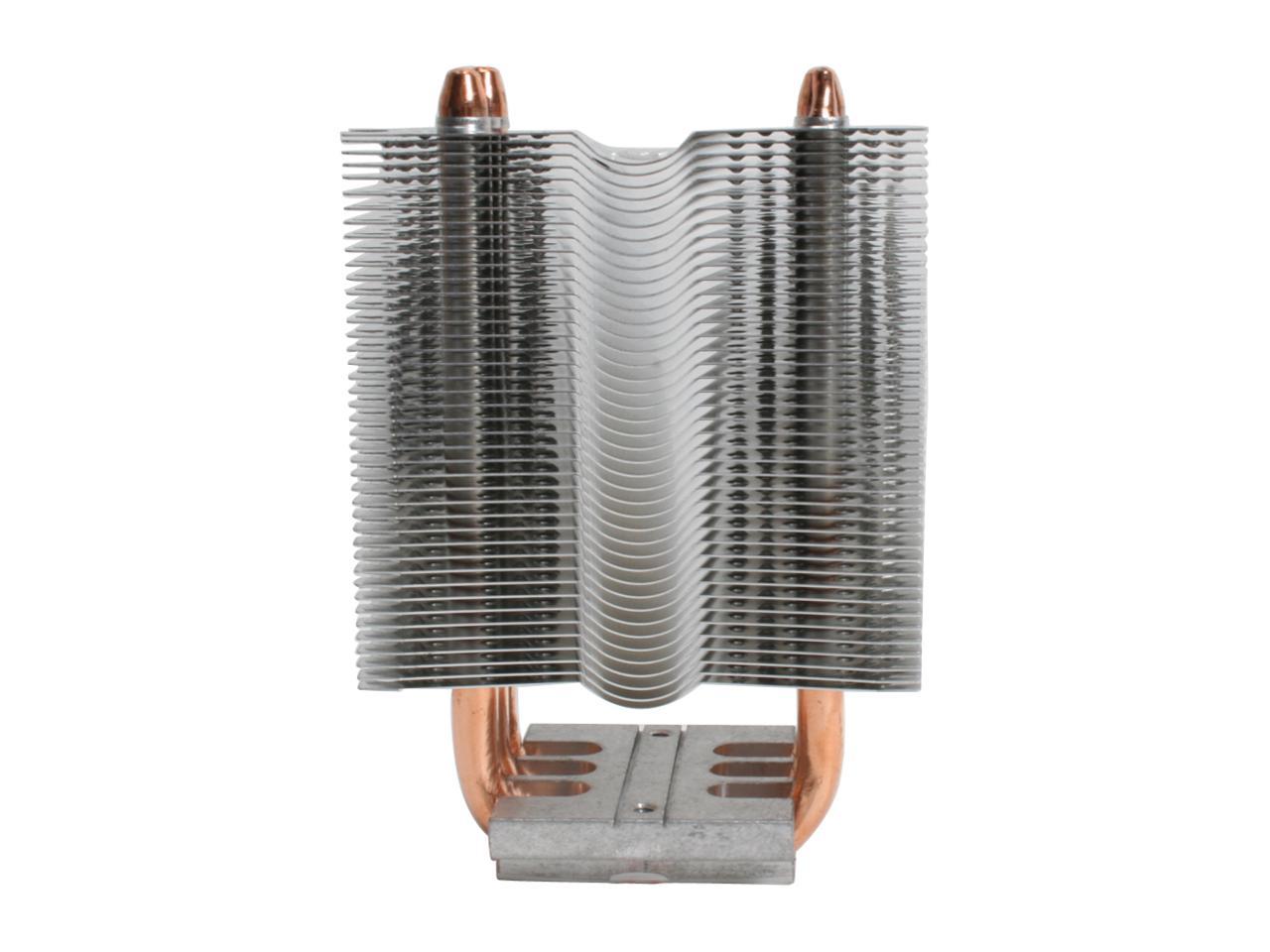 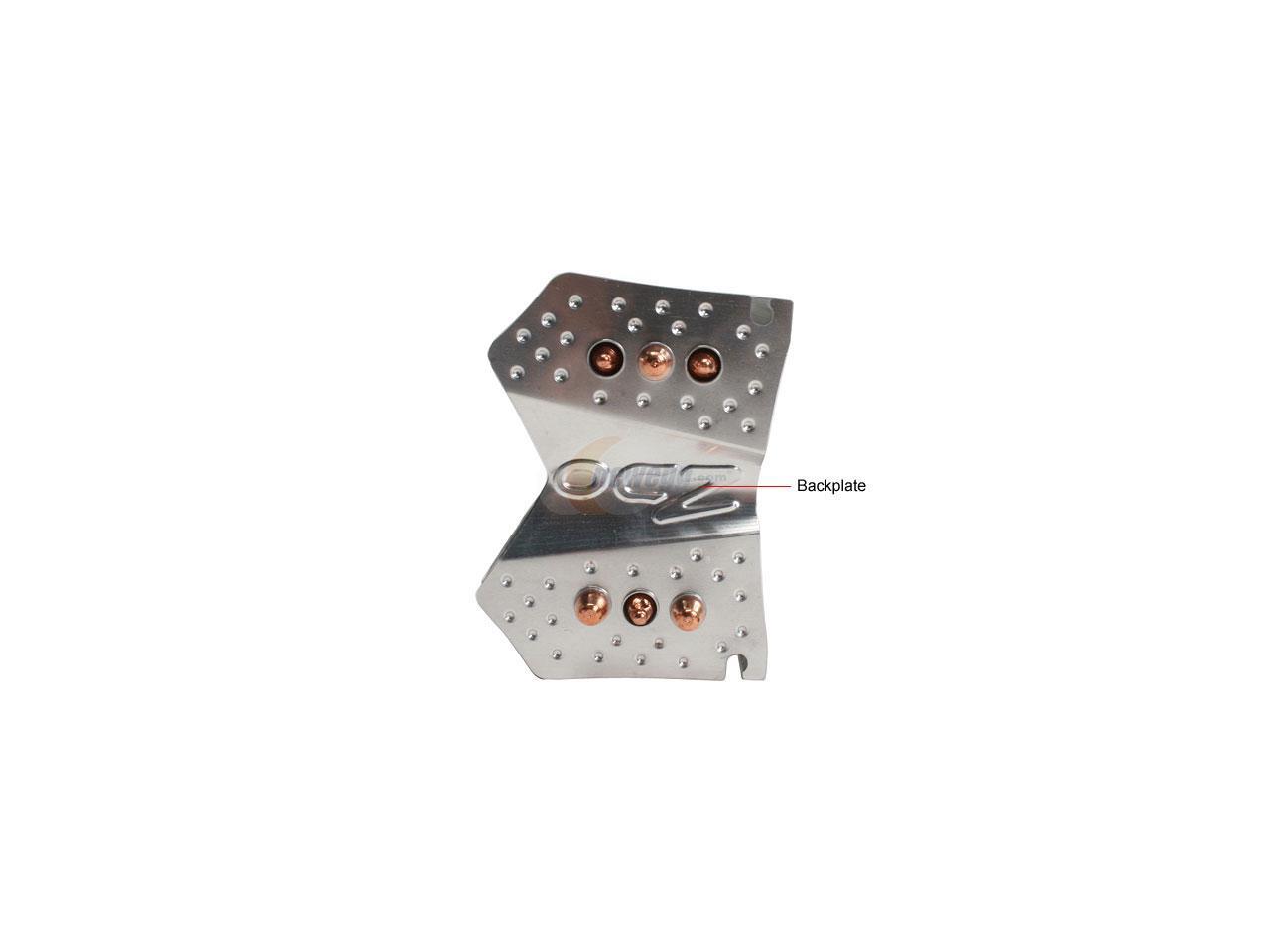 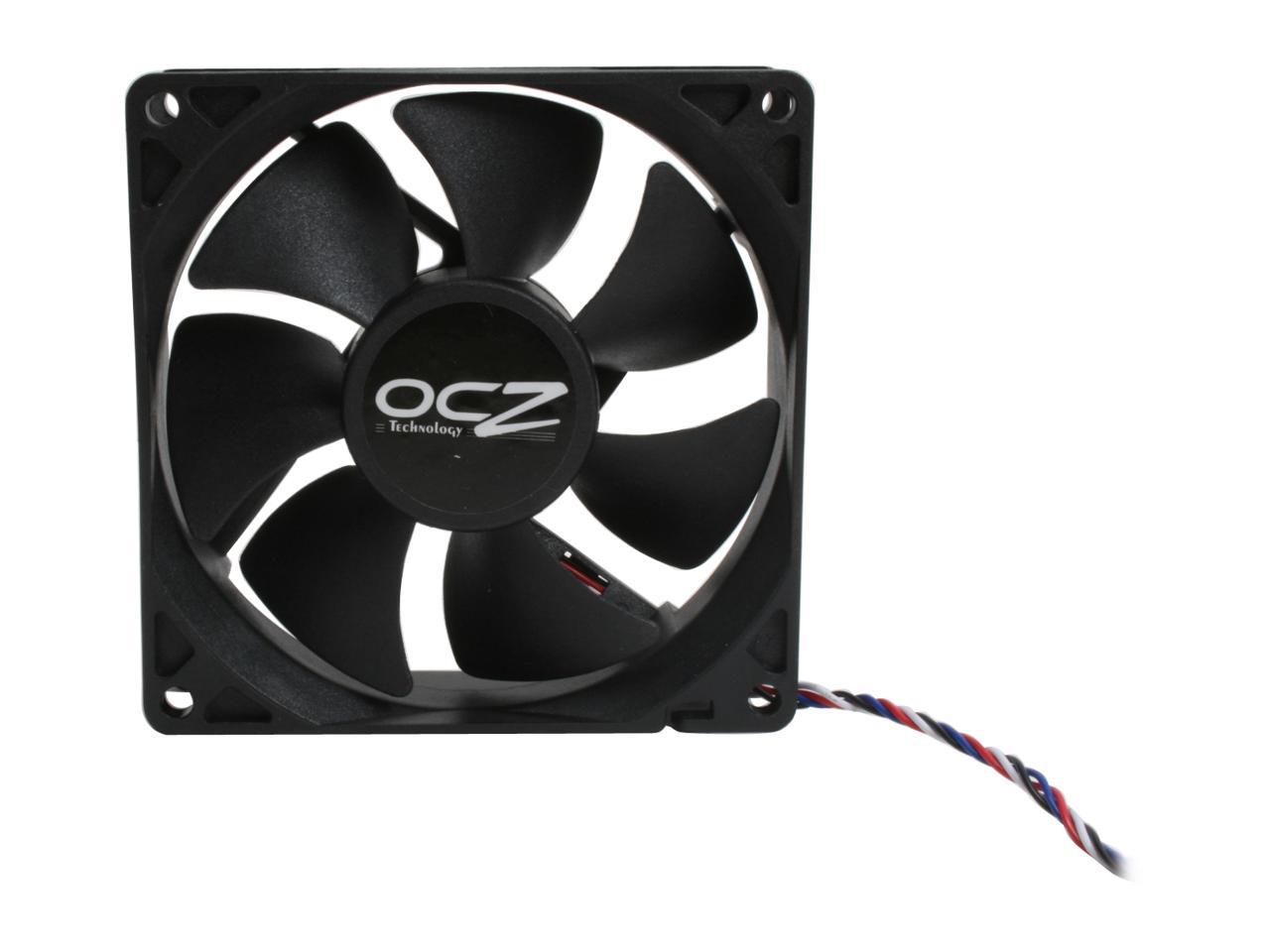 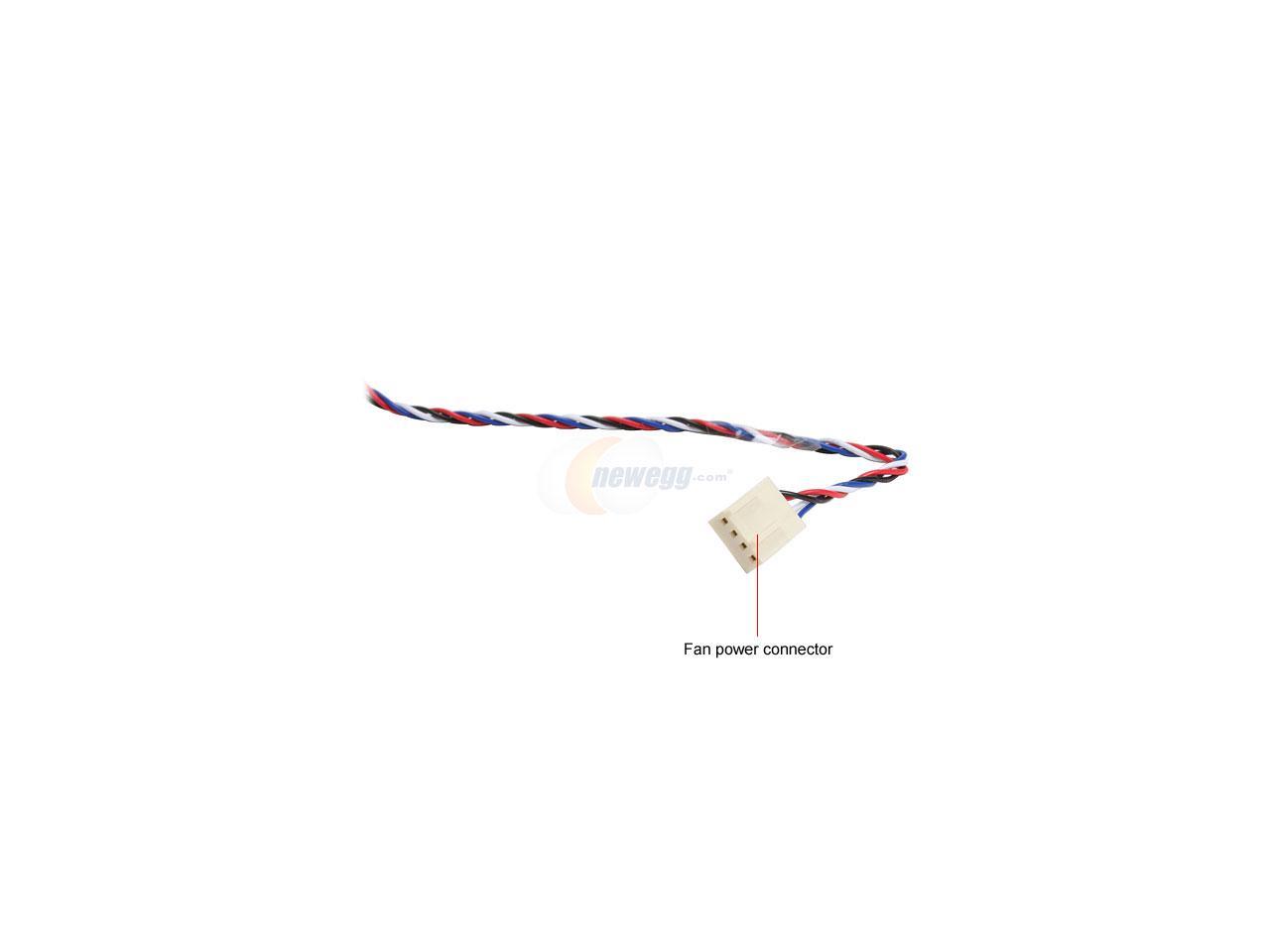 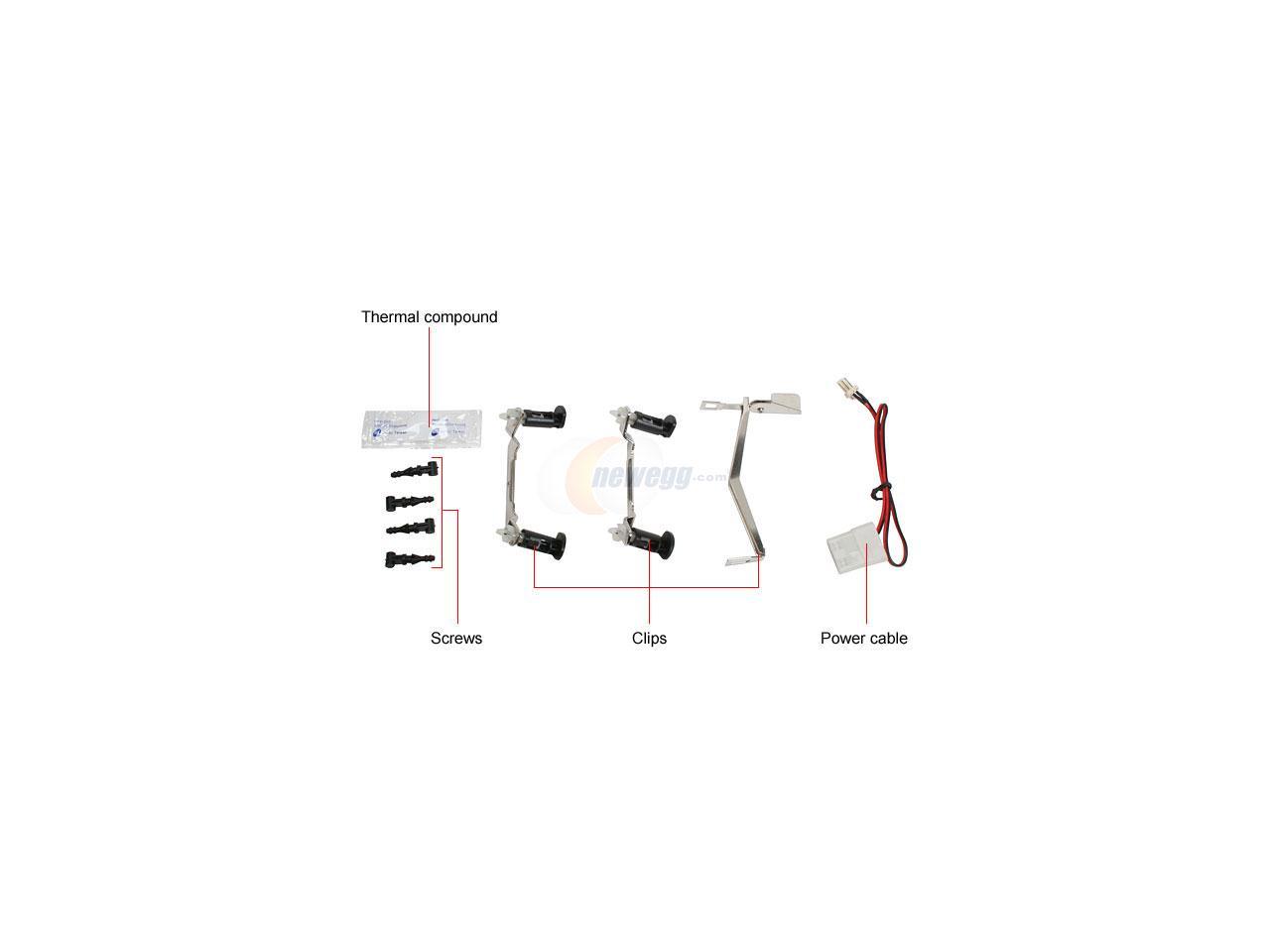 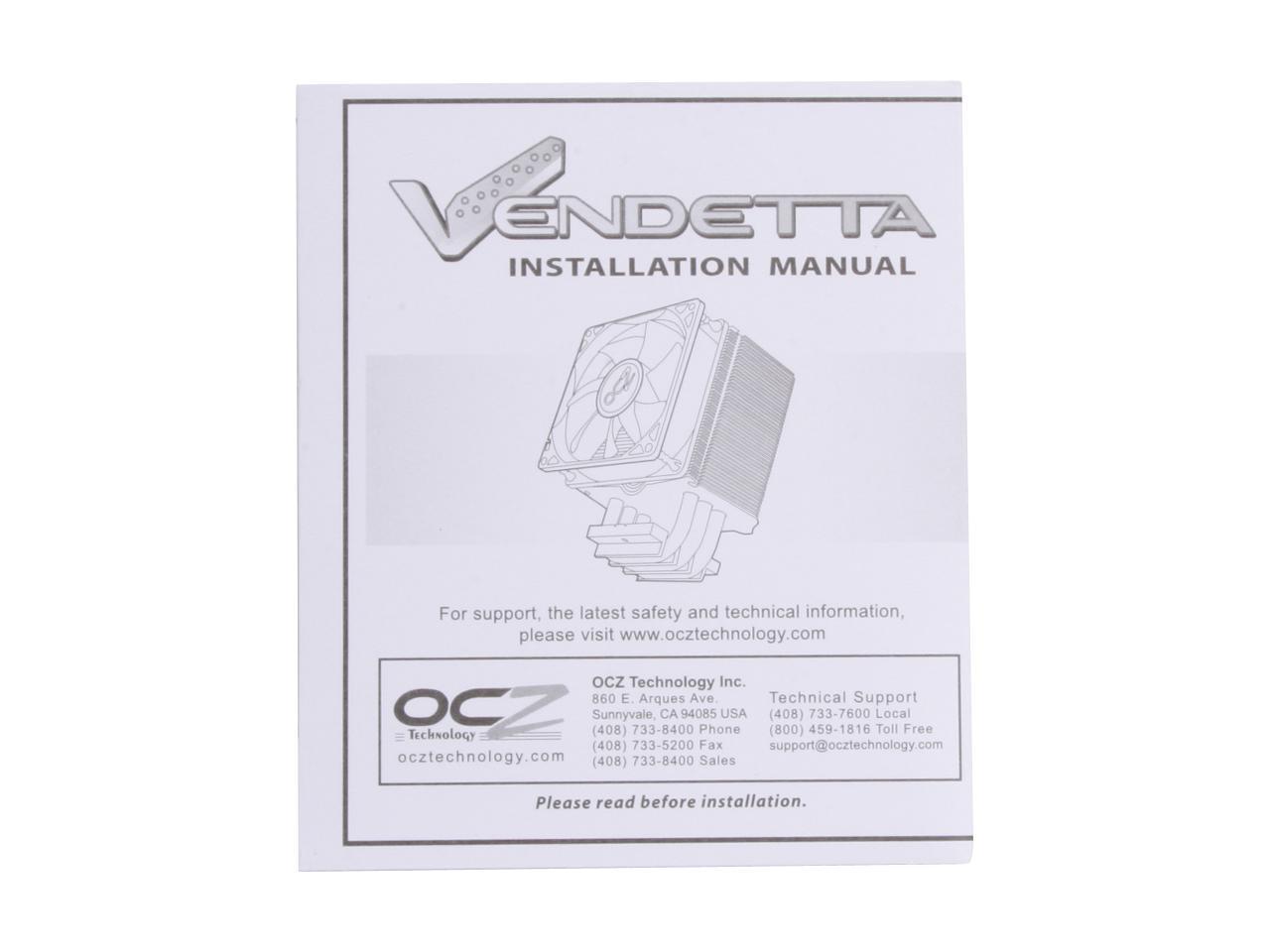 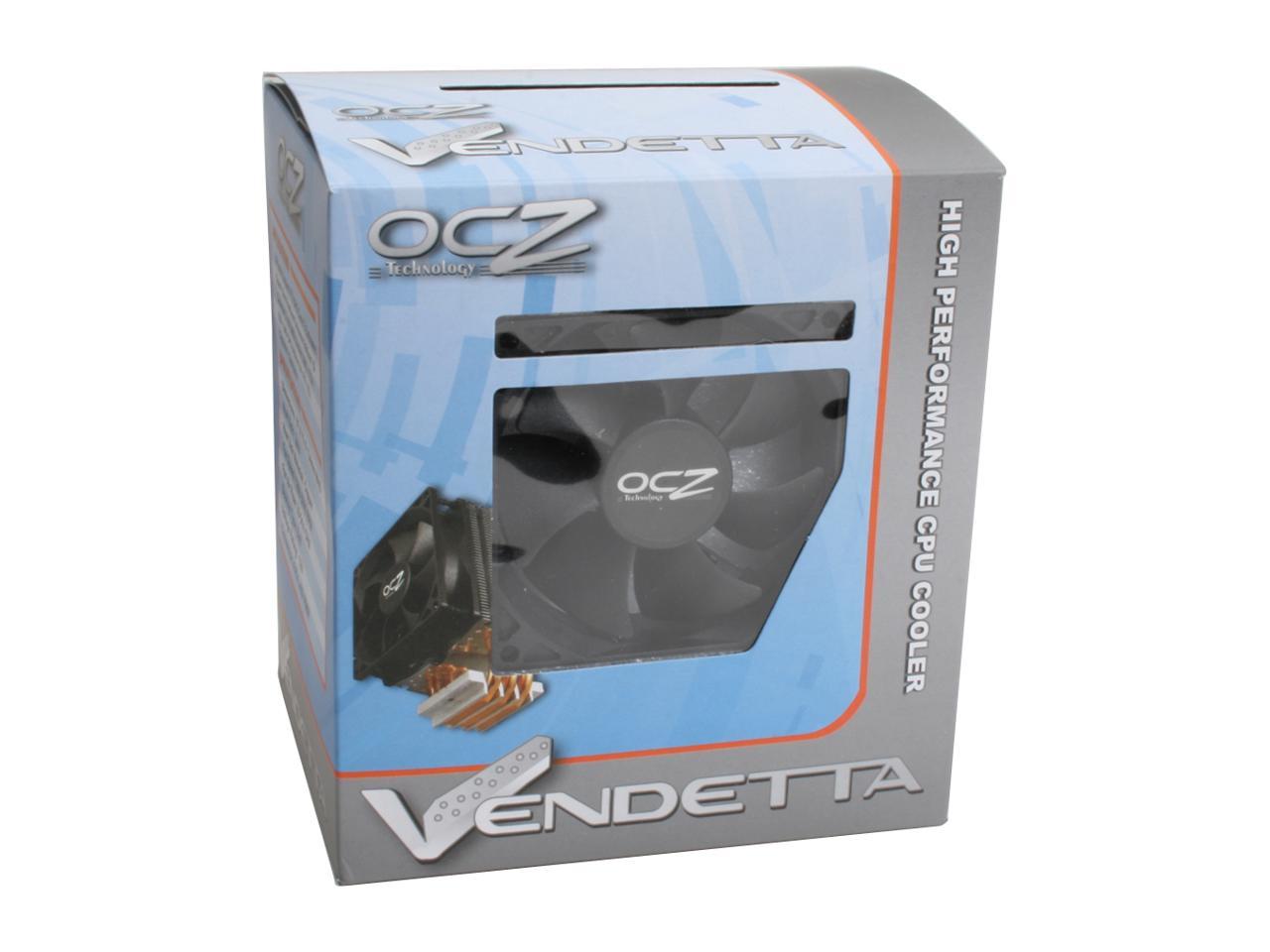 (81) Write a Review
OUT OF STOCK.
LOADING...
Overview
Specs
Reviews
OCZ calls their combination heat sink and fan CPU cooler the "Vendetta" and it takes no prisoners in the battle against thermal build-up. Vendetta's trio of U-shaped, 8mm copper heat pipes are configured to be in direct contact with the CPU to efficiently move heat away from the processor and towards the cooling fins.
And, while thermal transference is good, it takes a fan to get things properly moving along. The Vendetta is rigged for silent running. The 92mm rifle bearing fan is attached to the vertical array of aluminum convection fins using vibration-damping rubber posts. It moves a healthy 54.6 CFM at its maximum 2800 RPM but only generates 34 dBA – comparable to that of a library.
PWM functionality lets the computer's BIOS reduce speed and noise even further depending on thermal need. The fins are configured to allow lower velocity air to pass through with less resistance and, they have been dimpled to break up laminar airflow and add turbulence which creates more efficient circulation.

Cons: On some motherboards you might not be able to point the fan blowing to the rear of the case to help evacuate the heat. On my A8N32SLI I have it blowing towards my Antec power supply which I do not believe is the best solution but better than heating my graphics card.

Pros: Size - fits into my X38-DQ6 without any clearance issues - should fit into any mid-tower or larger. Performance - have pushed by E6750 to 3.8ghz and is stable with temps in the mid-60's at max load. CPU idles at 36 degrees at 3.8ghz, and only 27 degrees at 3.2ghz. I really think the direct heatpipe to heatsink contact helps! Quiet, can only hear the fan when it kicks into high speed (and even then is not too bad) most of the time it runs at 800 rpm in my system and can't be heard over the case fans (1200 rpm Scythe).

Cons: Fins are thin and easily bent, be careful when installing.

Cons: none, although didn't push it yet

Overall Review: superb packaging like no other it is ultra light (for it's size) and does a great job cooling and staying quiet, fan does get loud when running on max (maybe 28db)

Pros: Instantaneous drop of 4C at idle and 7C load without any burn in of the thermal compund.

Overall Review: Design of this cooler in conjunction with the Antec 900 case makes for a great combination for air cooling.

Pros: -Good cooling while being small enough to fit most cases. -You don't have to remove your motherboard to install it. -Lowered my Phenom II X3 720's idle temp at stock speed from 35 C to 29 C, and keeps it at 32 C when overclocked to 3.2 Ghz. Keeps it around 41 C under full load on Prime95.

Cons: -AMD installation doesn't allow the fan to blow toward the rear case vent, only up or down. So I had to choose between blowing down onto my graphics card, or up toward my PSU. Facing up only leaves about an inch of space between the fan and my PSU, which probably doesn't promote the best airflow. -The stock fan seems rather loud at 2800 rpm.

Overall Review: The cpu surface of the heat sink was protected by a sticker instead of a piece of plastic, which left sticky residue all over it. It took me half an hour with rubbing alcohol to get it all cleaned off.

Cons: Some say the pushpins are hard, but its not a deal breaker. Use your head people. If you are doing something yourself, its not always going to be a cakewalk. Do some investigating, get some education on the deal.

Overall Review: Idles the same as the stock intel, but with burntest, it gets up to 48*......stock intel was running 82* plus when burntesting! OUCH! I'm happy. I think with some different thermal paste, the idle temps would be better.

Cons: The push pins. Are you serious, OCZ? Us Intel guys buy aftermarket coolers partly because the stock Intel push-pin design blows! Why couldn't you incorporate a back-plate and some screws? Man...

Overall Review: Love the price and performance - hate the way it attaches to the mobo...

Cons: When under load, fan gets a little get loud, but it isn't TOO loud.