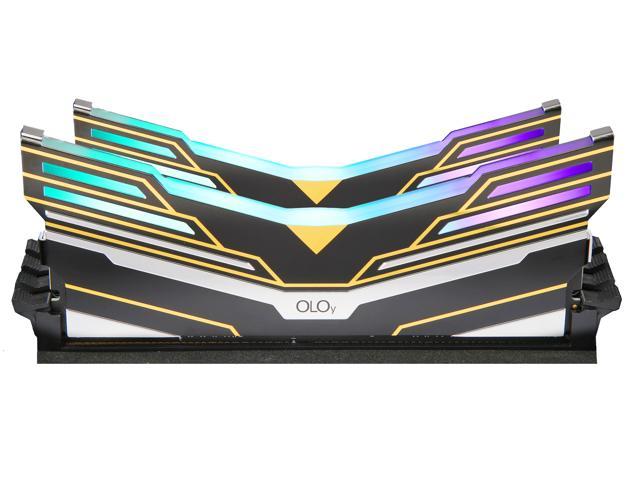 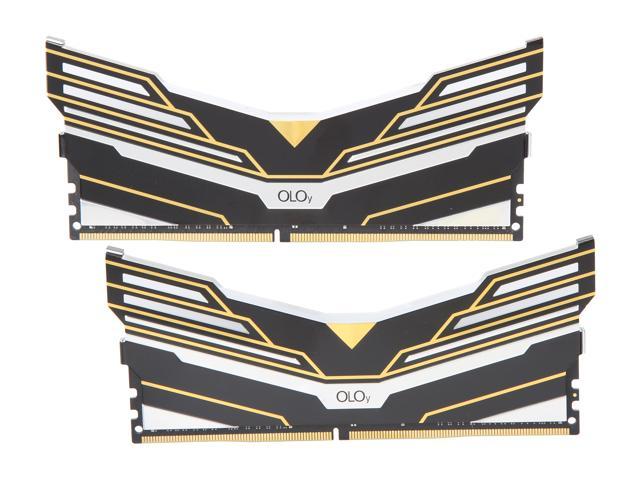 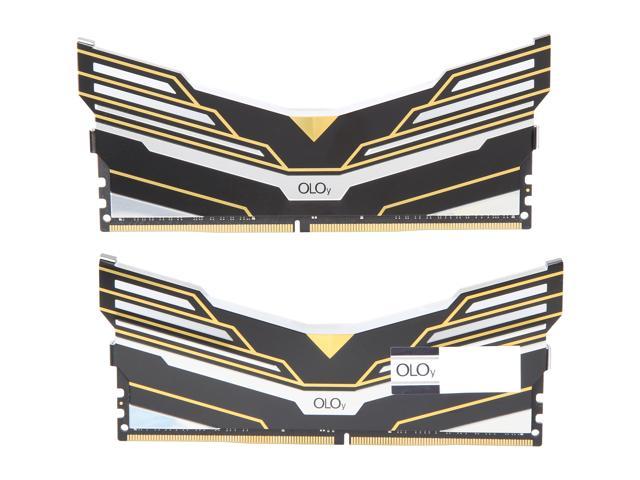 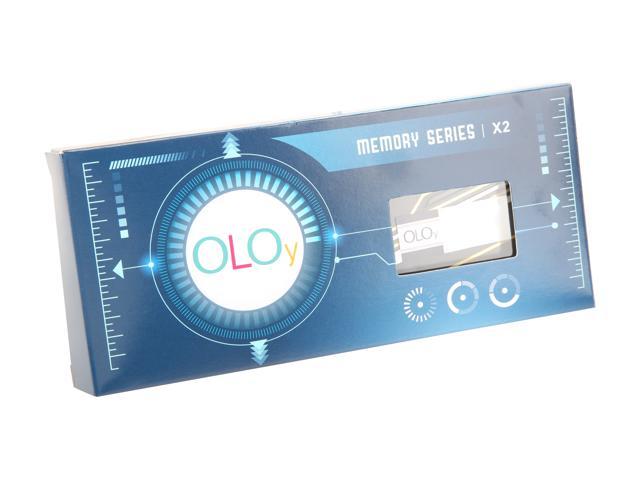 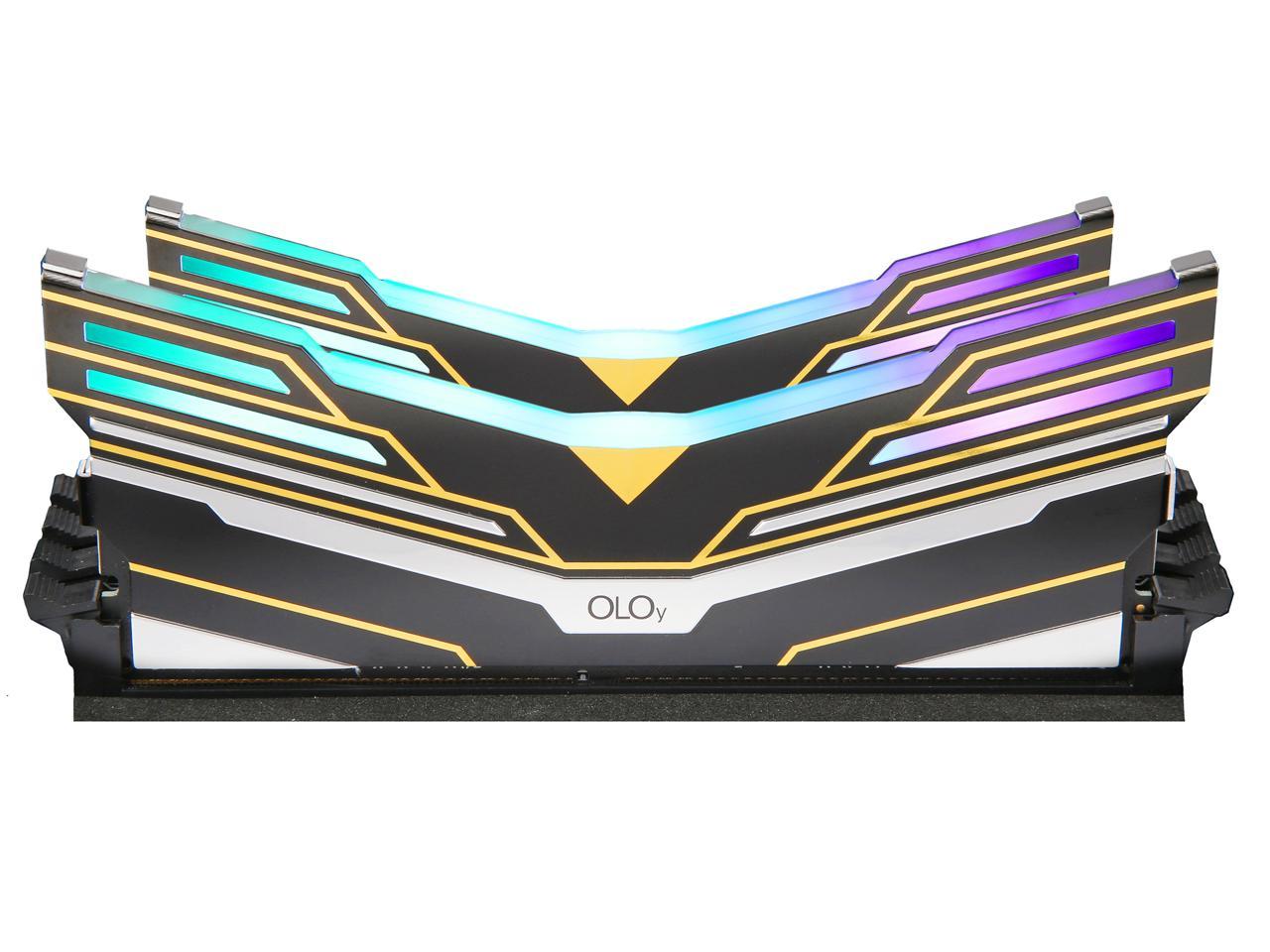 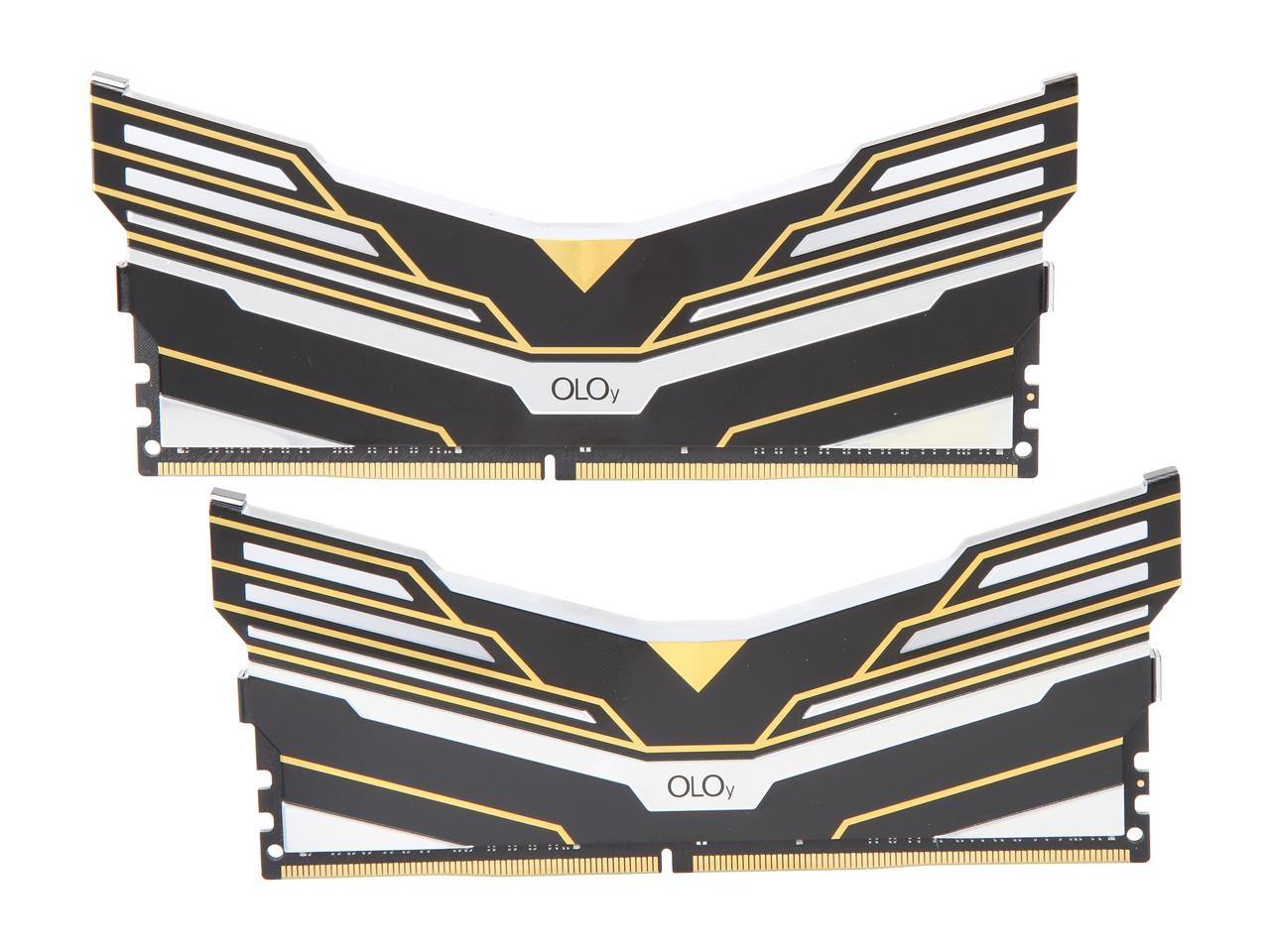 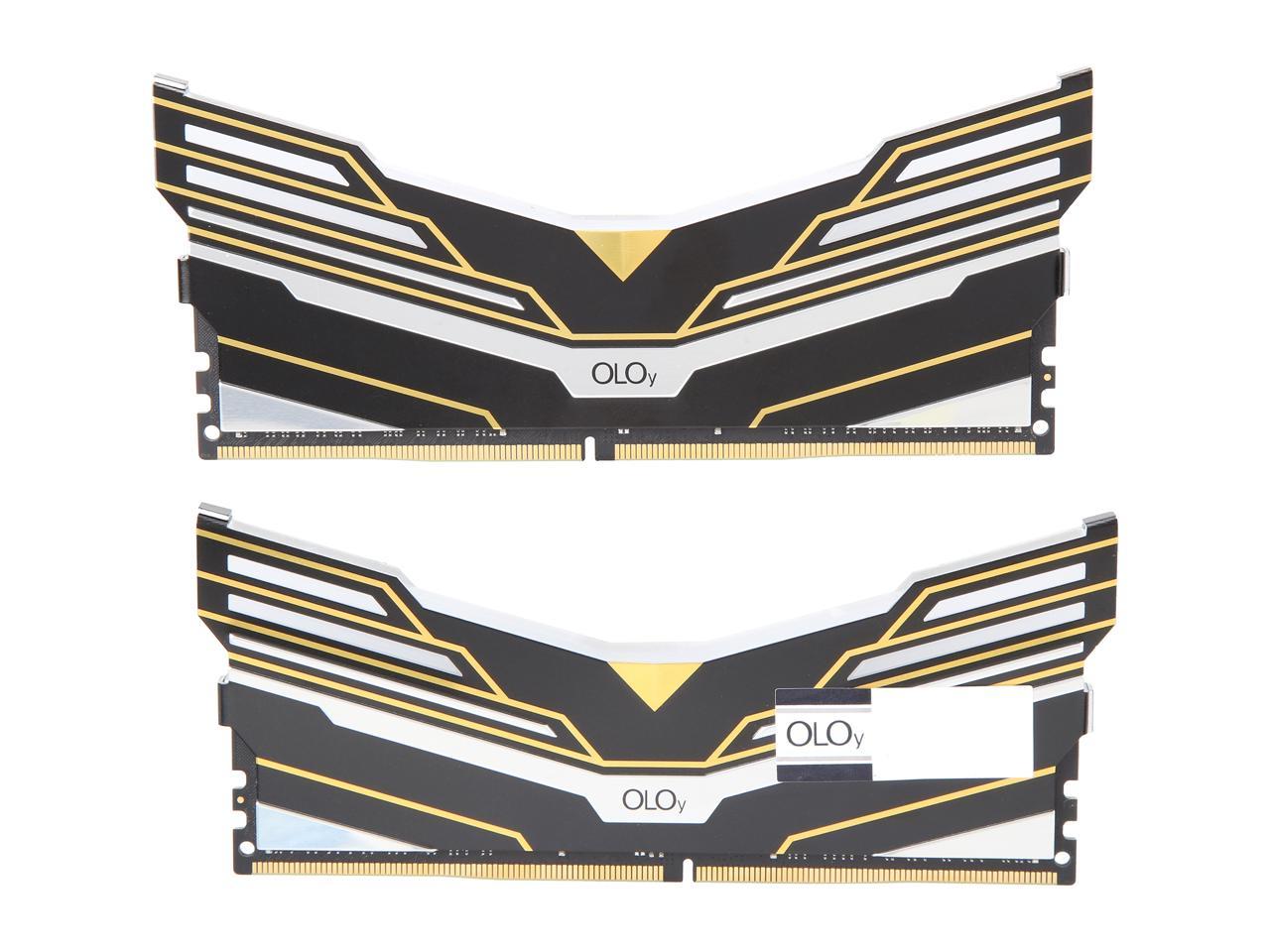 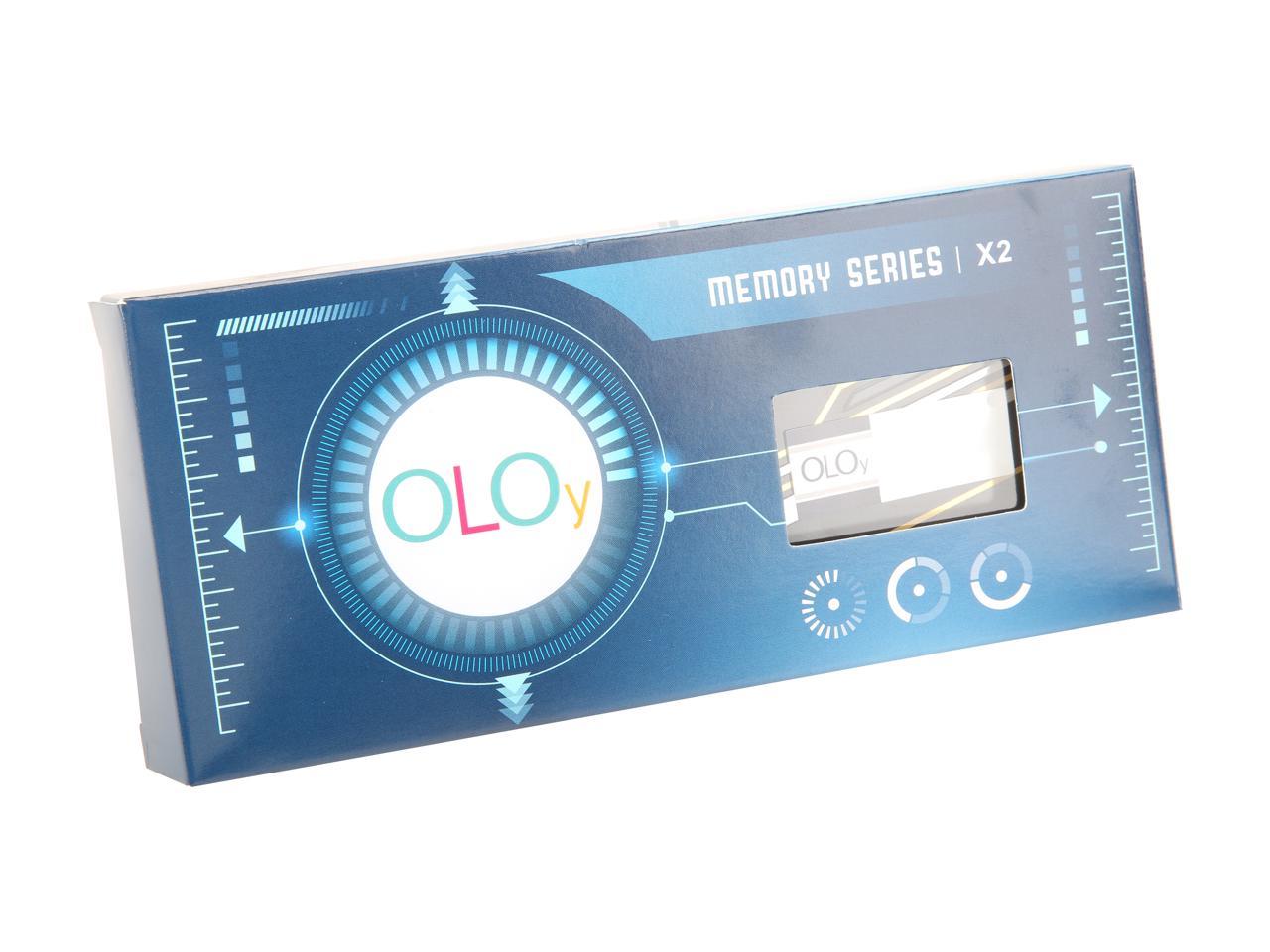 Inspired by Eagle's Freedom Wing, which simplifies the outline of the wings and combines the elements of gaming and RGB lighting to create a sharp and unique Warhawk radiator, while providing better heat dissipation and stability in higher frequencies. Support Intel XMP 2.0 technology, users do not need to set up voltage and frequency parameters, just open the XMP function in the motherboard BIOS to stably overclock the system with one single step.

Overall Review: I think this ram looks great, guess it depends on the individual. I bought this ram because it was reasonably priced for a 16gb kit. I wasn't sure if it would even work on my son's rig. He's running a 2600X(AMD) in a MSI Krait X370 motherboard. For whatever reason I can't get anything to run over 2133mhz on the board any longer. I had some GSkill Flare X 3200CL14(Samsung B-die) that I ran at 3400CL14 with a 1600X without any issues. I also tried my other set of GSkill Trident Z 3466CL16(also Samsung B-die) and it wouldn't run over 2133 either. I don't blame any of the ram, including this set. It will only boot at the 2133mhz as well. I say I don't blame the ram for the issues because I threw this set of OLOy in my rig, 3700X on a X470 motherboard, and it booted into the AXMP profile on first boot. I was also able to get this set to run at 3600mhz on the same board. That was at stock voltage(1.38 in Windows, Auto in bios).The timings weren't too bad either(16-18-18-36 CR1). Adia showed a latency of 68.1ns, not the best, but much better than the 3000mhz(81.1ns). I knew going in that this set probably wouldn't work on the X370, but I took a chance anyway. That's on me, not OLOy. IIRC, the memory modules were Micron. Besides the compatibility issue I was surprised at being able to get this ram to 3600mhz. The only other thing I didn't care for is that there is not temp reporting for this kit. I'm a bit OCD and both of the GSkill showed temps, which if you are going to tighten timings, or OC...is a must have on Zen+/Zen2. Oh...the 3600mhz achieved was also with the Infinity Fabric at a 1:1 ratio(1800mhz). I've read where a lot of people say these have a Two Year Warranty...but according the website, they are a Limited Lifetime on them. If I were to recommend these I would say, make sure you are on at least a B450 board, with at least a Zen+ CPU. You may not get the timings much tighter, but you should be able to get around the sweet spot on both Gens of CPU's. To me, that would be 3400 on Zen+ and 3600 on Zen2. Just my thoughts, hope this helps making a decision.

Cons: -6 cm tall, may not fit under certain heatsinks in mini itx motherboards

Overall Review: It is overclocking better than the 3200MHz smaller brother. I had 5 pair of sticks of each version and tested them. It can do CL16 timing at 3600MHz, while the 3200mhz version could overclock until just 3400MHz CL16. So I think this 3600 variant has better Hynix chip, maybe Hynix CJR. I think after Samsung B die, this is the best RAM, but definitely the best memory that money can buy. I tested them with Asrock X470 and Ryzen 5 3600.

Overall Review: I paired this product with a Ryzen 7 3700X and an ASUS TUF X570. Everything was compatible and the RBG sync is perfect. The color is quite nice and the ram is fast. I recommend this product to anyone looking for fast RGB ram without wanting to pay a premium for it.

Overall Review: Was hesitant at first because it wasn't a big named brand, but after digging into who made them discovered it's good ram. Haven't had a single issue and I love the way it looks, for the price I got it for was a no brainer at the time.

Overall Review: Picked up these sticks of ram on sale for my first build. worked like a charm. I ran into a problem with them at first but it ended up being a ryzen thing (not being able to post with both sticks in at first). Other than that they work and look great. They run at the intended speed and I have had no issues with them.

Overall Review: It has bright lights that looks super cool

Overall Review: This ram has been working and running without problems on my MSI X470 Gaming Plus motherboard with Ryzen 5 CPU. Just don't forget to enable XMP profile in your BIOS right away. No complain so far and I was very impressed on the nice packaging. This is an awesome product and I would highly recommend it.

Pros: XMP profile plus setting voltage to 1.35 and my two 8GB sticks are running at 3200, 16, 18, 18, 36 as claimed. No crashing even under a long load test. The lighting works great once I installed the Asus software to control it.

Cons: They are HUGE. I have a full sized case, but it required trimming of a case fan for clearance. I was also able to trim some of the "wing" off one side of the ram to clear case fan blades. The upper section with lighting is just white plastic surrounded by an aluminum shell. So it trimmed off cleanly, looks perfect still, and all lights still function. My ASRock Fatal1ty motherboard can see the RGB ram, but setting the RGB does nothing. However after installing Asus Aura Sync I can easily control the lighting and it works from bootup.

Overall Review: I would recommend this RAM. Works as advertised for an amazing sale price. Plus you get some RGB to play with.