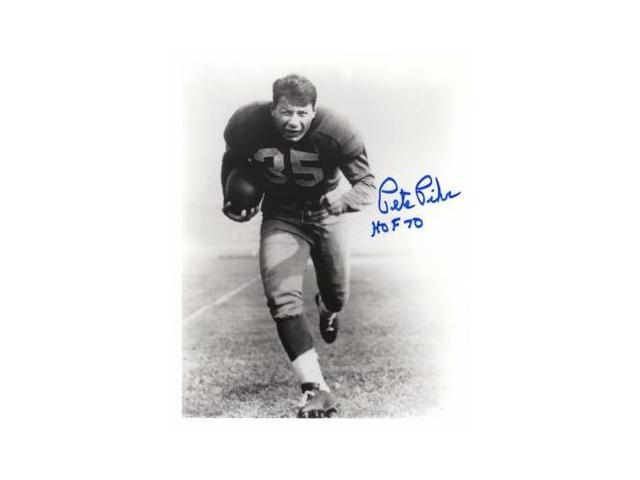 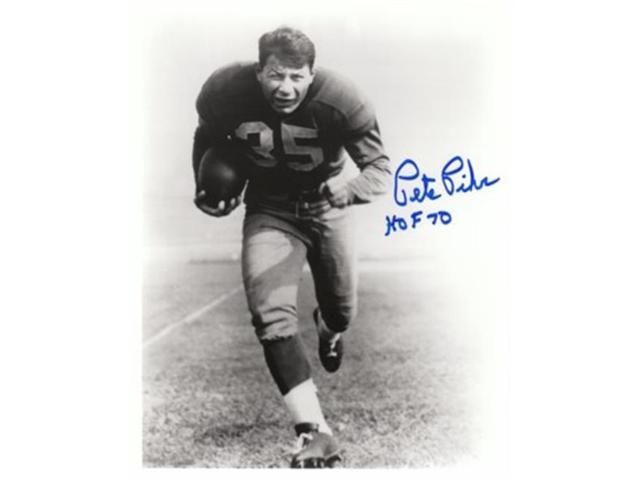 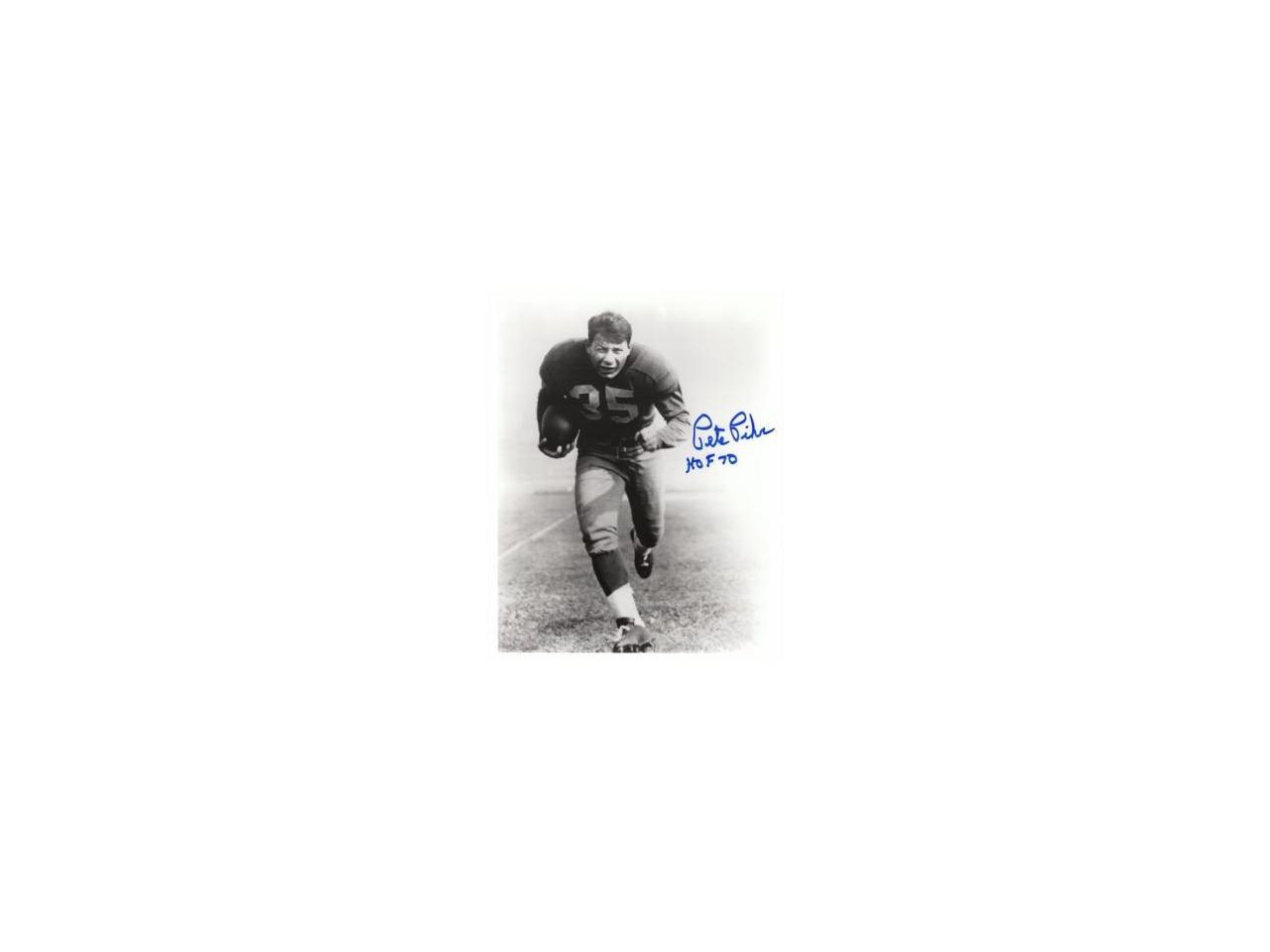 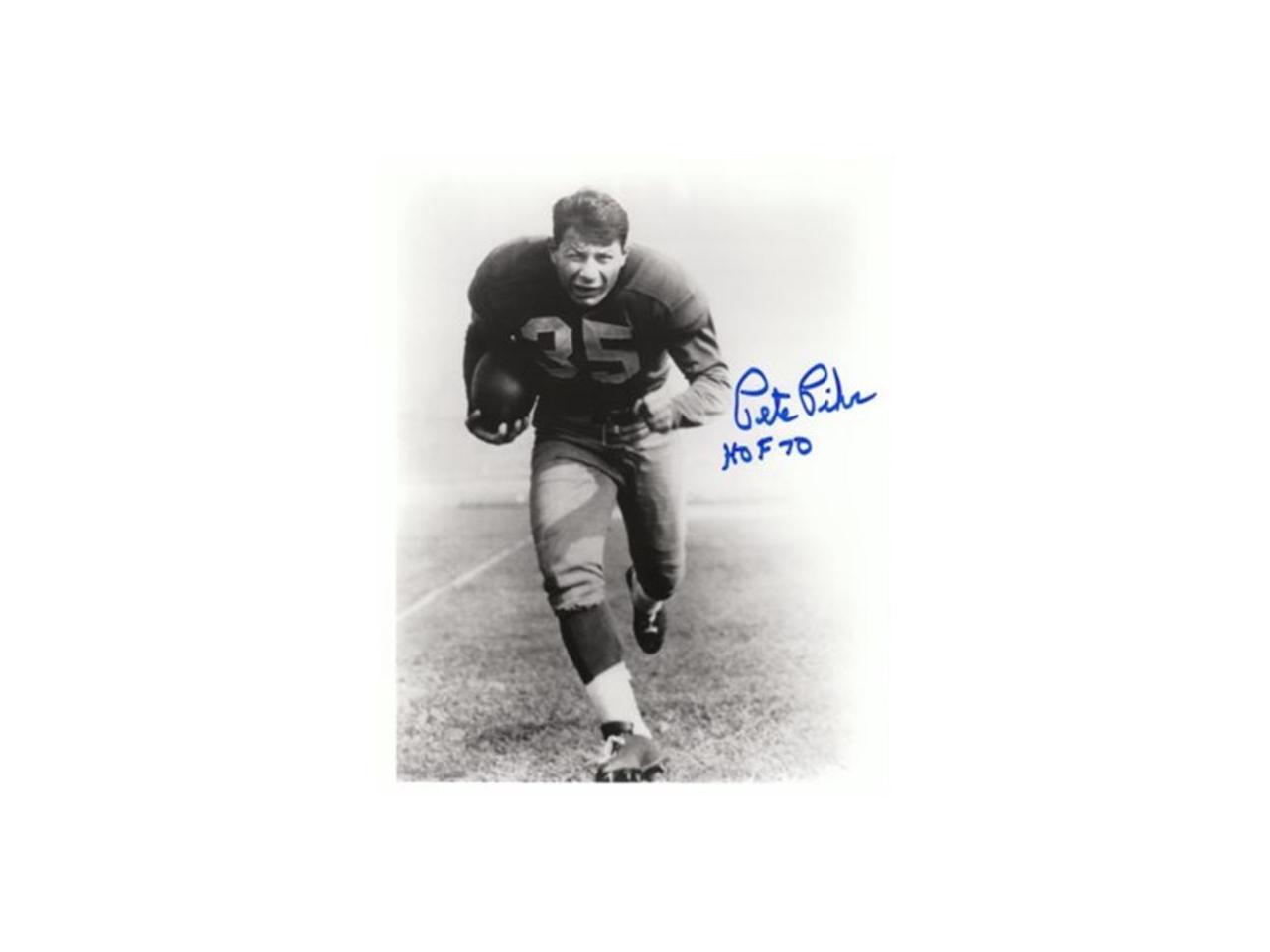 Pete Pihos was drafted in the third-round of the 1945 NFL Draft by the Eagles. Immediately after Pete joined the Eagles, the team marched to its first divisional championship. In the playoff game against the Pittsburgh Steelers for the Eastern Division crown, he blocked a punt to set up the first touchdown in the Eagles 21-0 win. Philadelphia won three straight divisional championships and then back-to-back NFL titles by shutout scores. Pete led the NFL in receiving from 1953 through 1955 and earned first-team All-Pro or All-League honors six times and was named to six Pro Bowls. Pete Pihos has hand autographed this Philadelphia Eagles 8x10 Photo with HOF70 Inscription. Certificate of Authenticity from Athlon Sports.