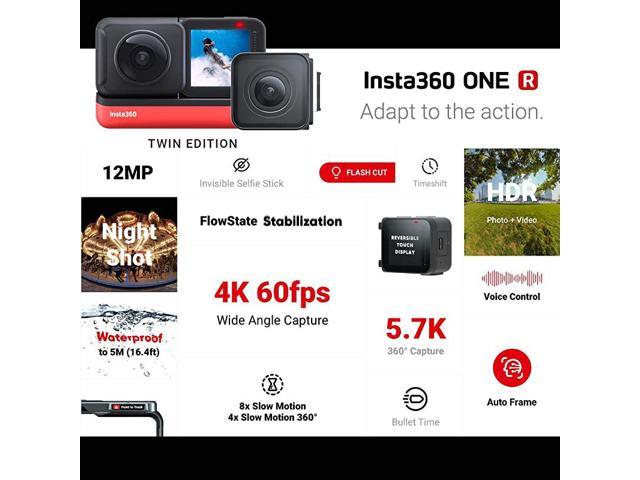 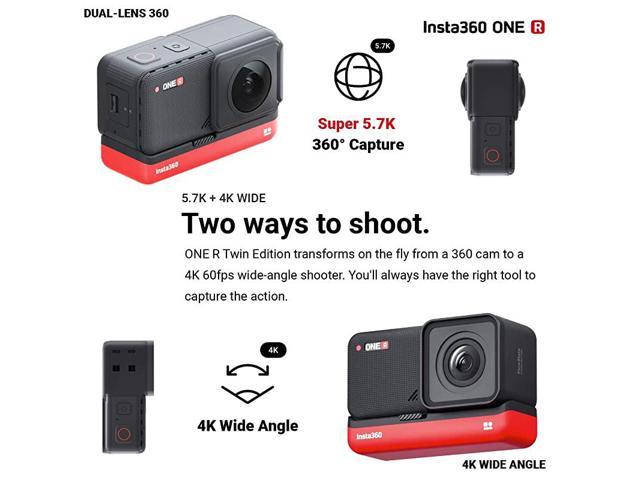 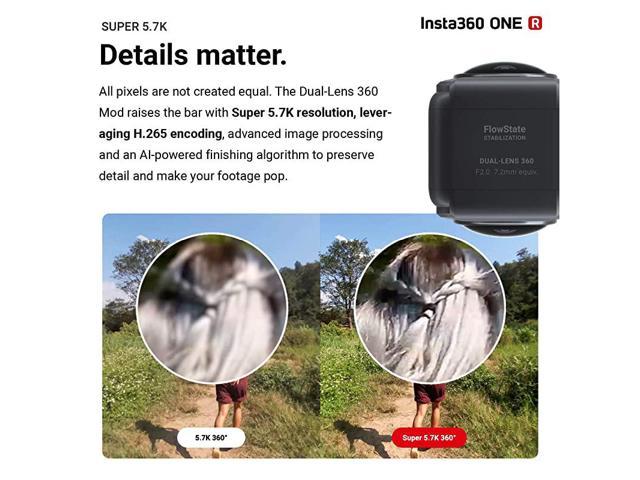 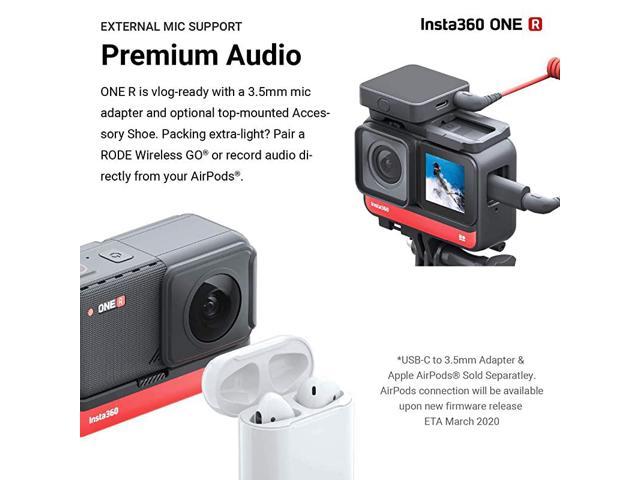 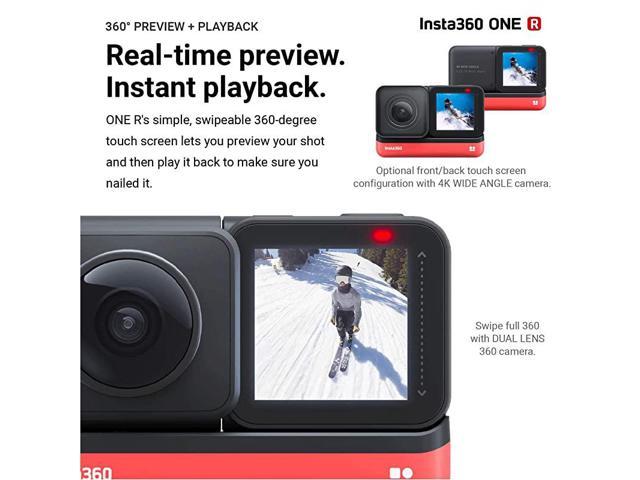 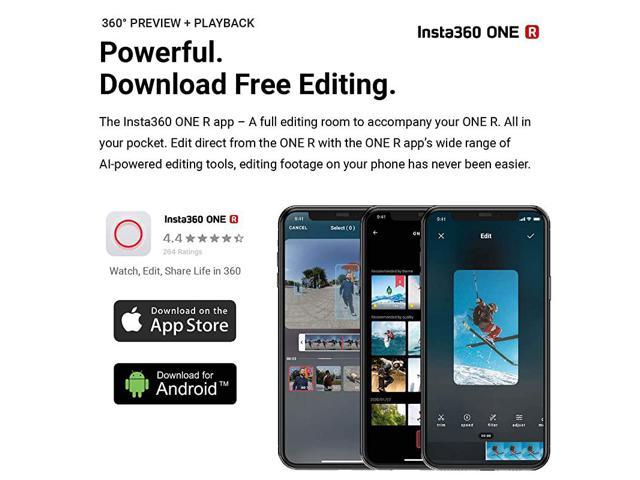 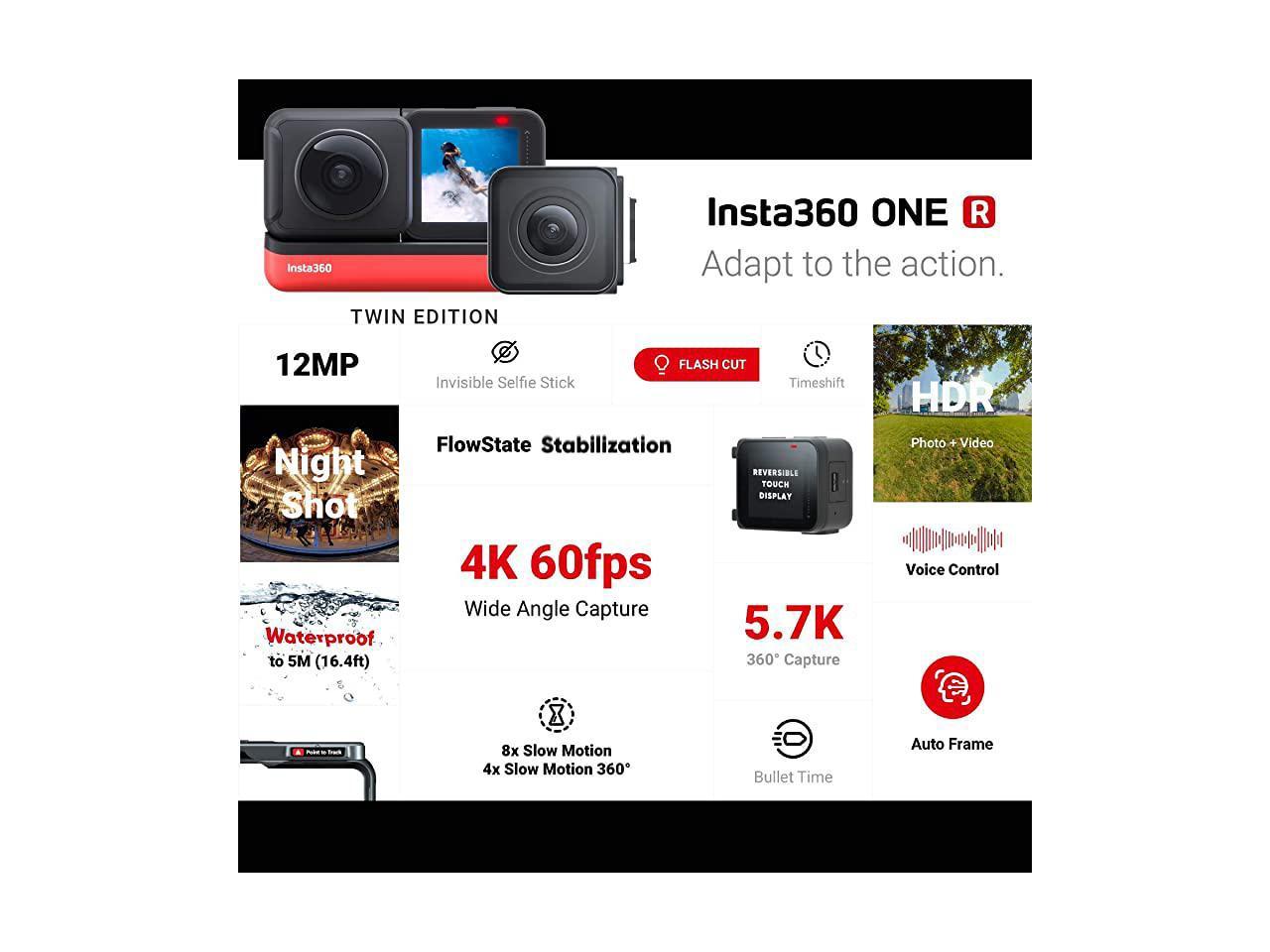 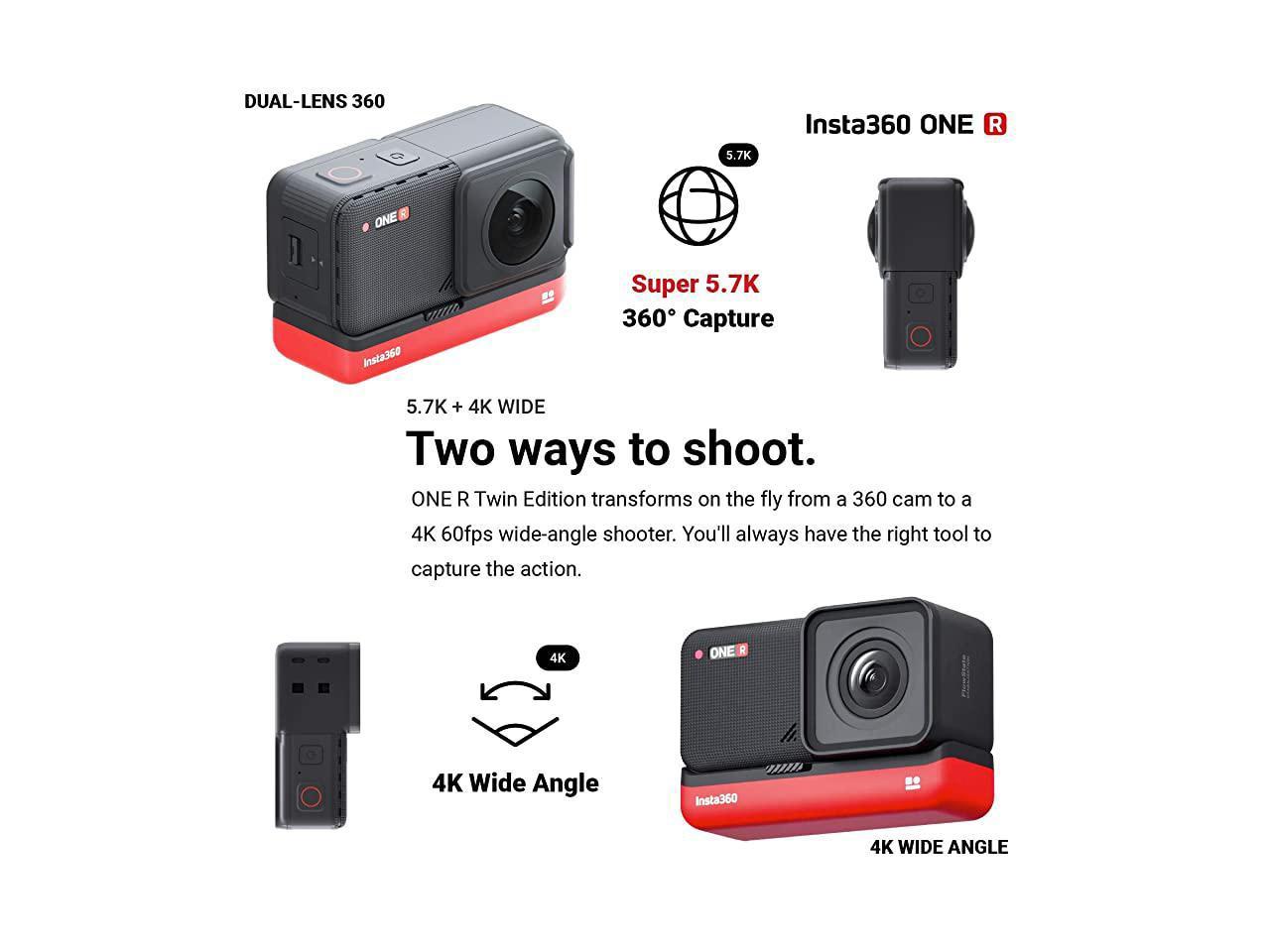 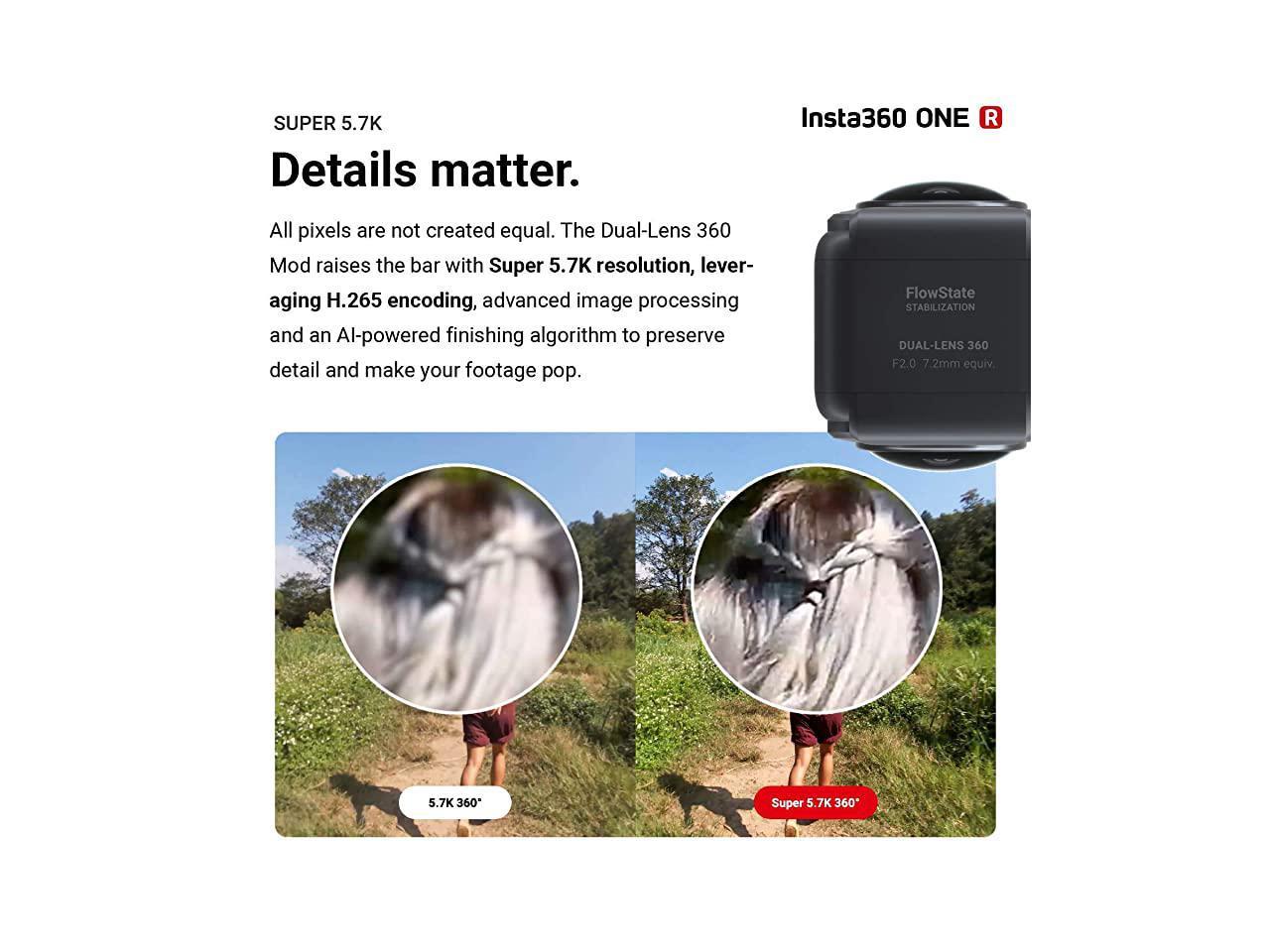 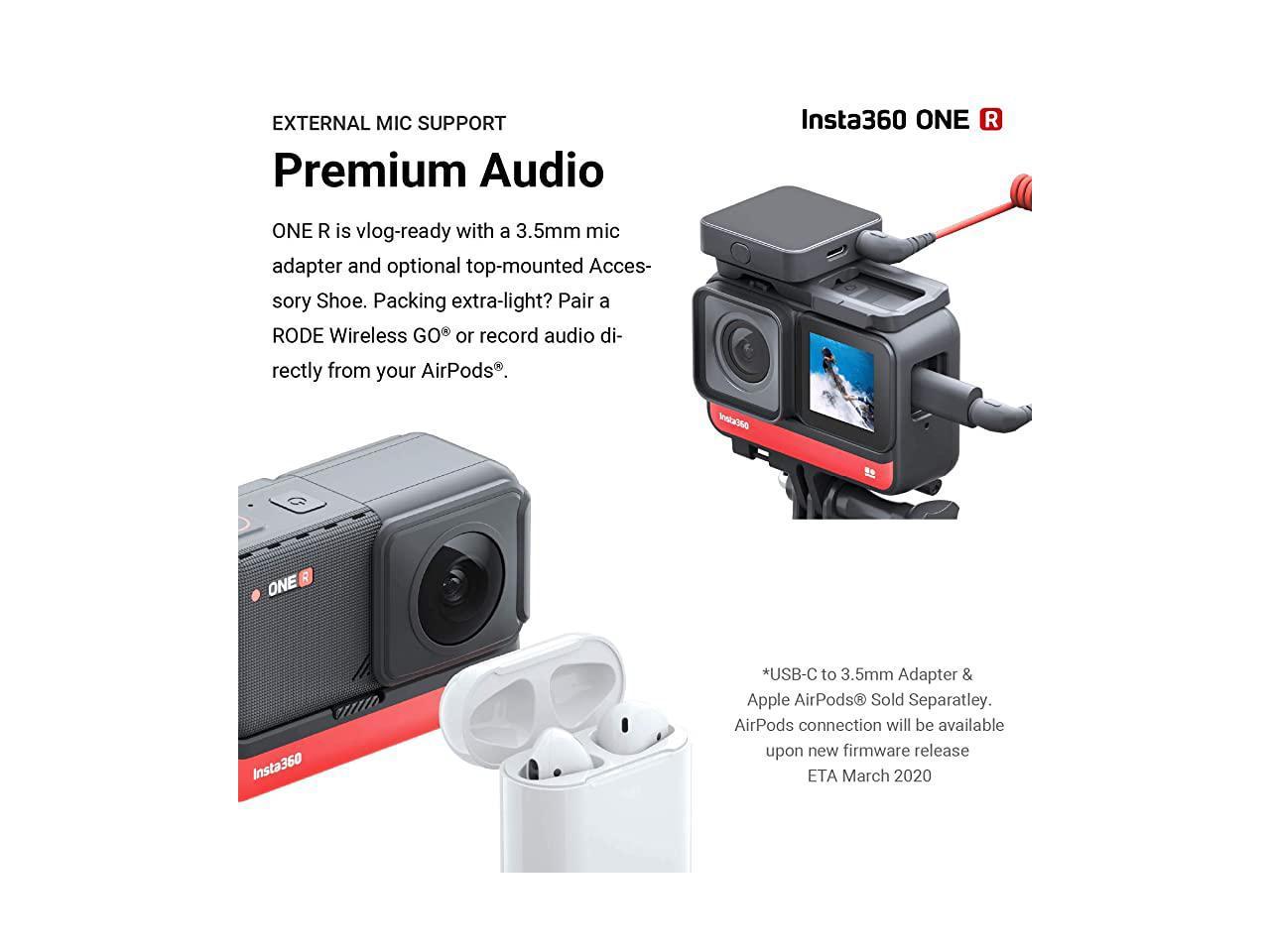 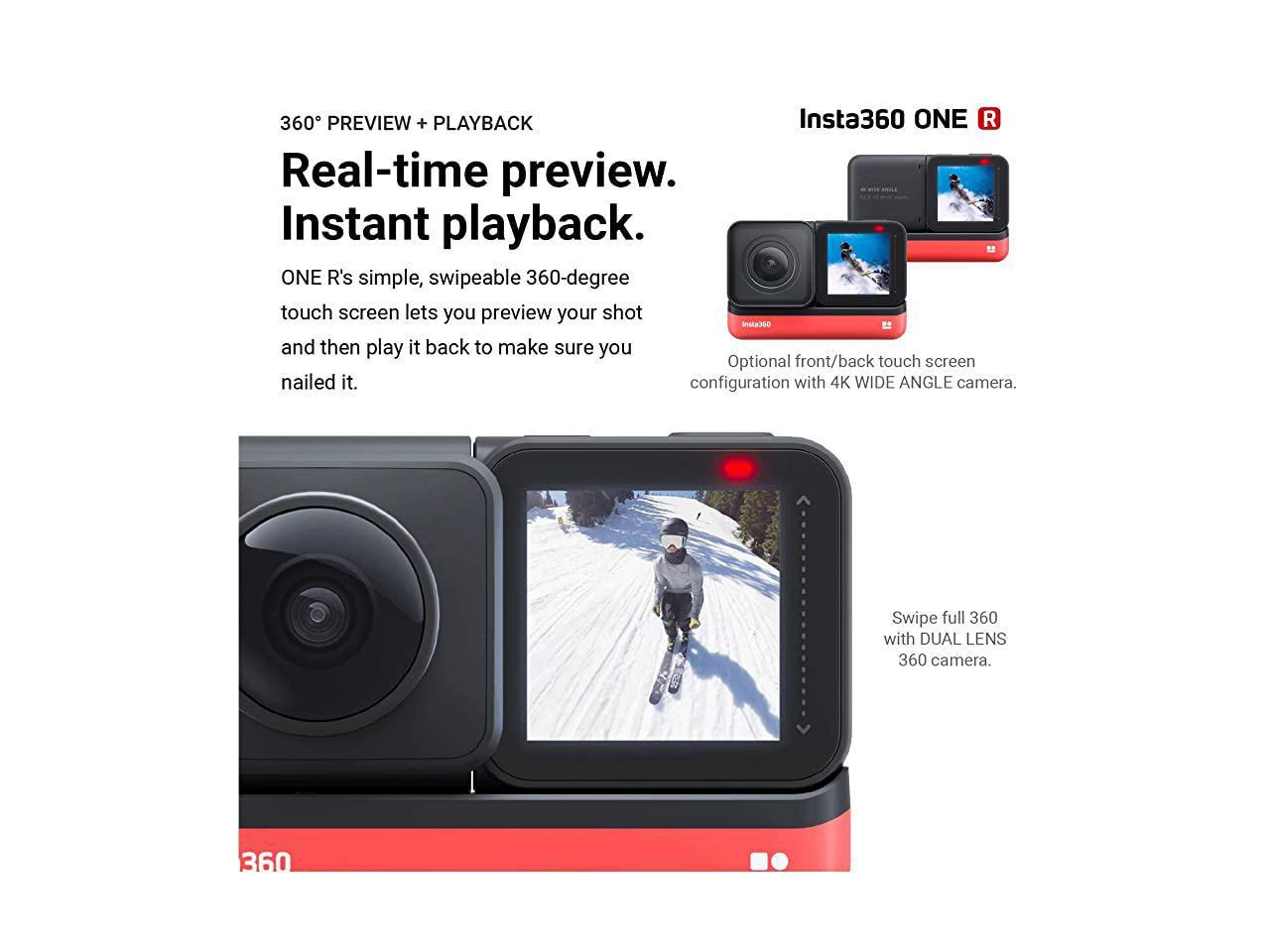 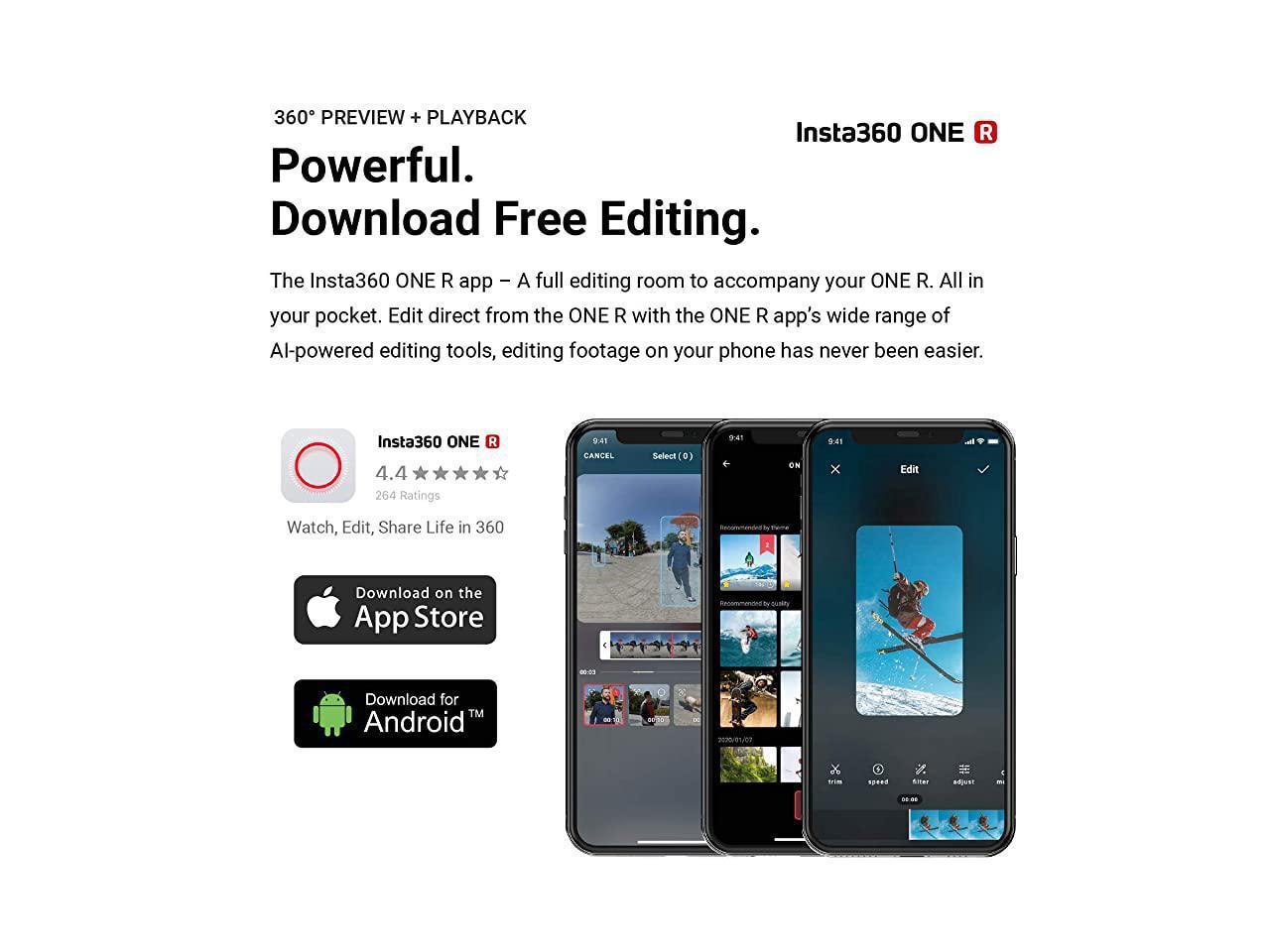 Be the first to review this product...
In stock.
Ships from United States.
Most customers receive within 7-9 days.
Overview
Specs
Reviews
ONE R Twin Edition The ONE R Twin Edition is the first modular action camera that is two cameras in one, with the ability to easily switch configurations on the fly from a 360 cam to a 4K 60fps wide-angle shooter. Featuring new SUPER 5.7K resolution coupled with s famous FlowState stabilization, the Dual-Lens 360 Module leverages the latest H. 265 encoding with an advanced AI-driven image processing algorithm which preserves details with the highest level of bit rate found in a 360 camera in its class. Swap to the 4K WIDE camera module and take advantage of full 4K 60FPS resolution video @ 100Mbs.

The ONE R Core module features a touchscreen with live-view display, playback and controls. When used with the 4K Wide Mod, the live-view screen can be set up as front- or rear-facing. This way you can shoot standard 4K video as well as selfie and vlog videos. The 4K Mod also has FlowState Stabilization so your recordings come out smoother. With the 360 Mod set up, the Core module's live screen can be swiped in all directions to see your shot from all angles and get a full 360 preview. With 360 preview & playback, the ONE R app is truly a game changer - a full editing room that allows you to EDIT DIRECTLY from the ONE R without having to download footage to your smartphone and use up precious storage space.