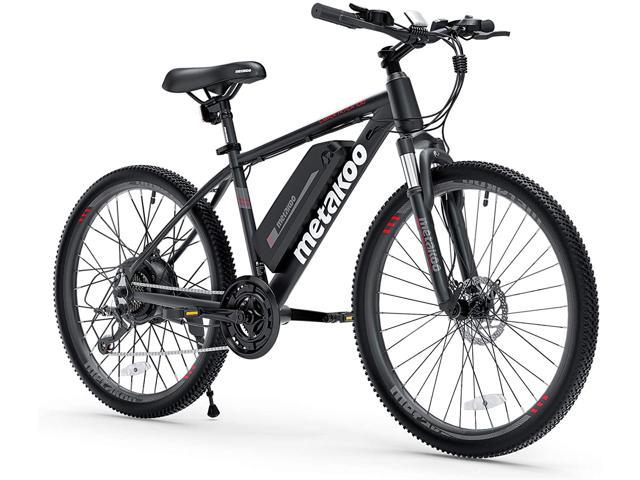 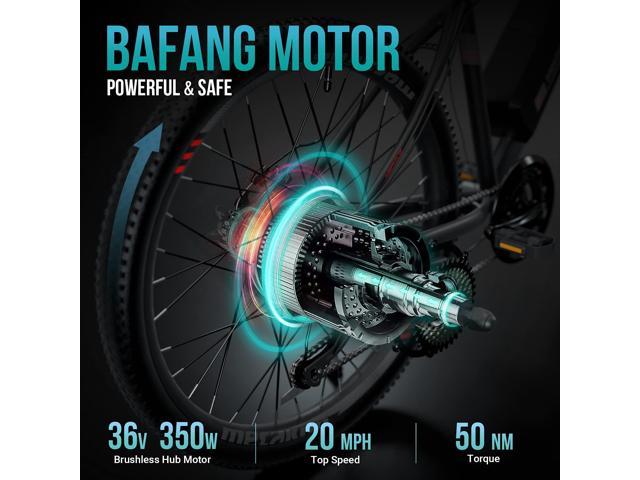 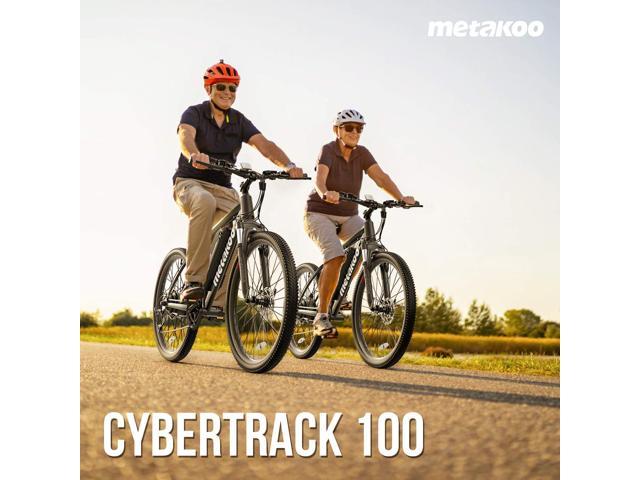 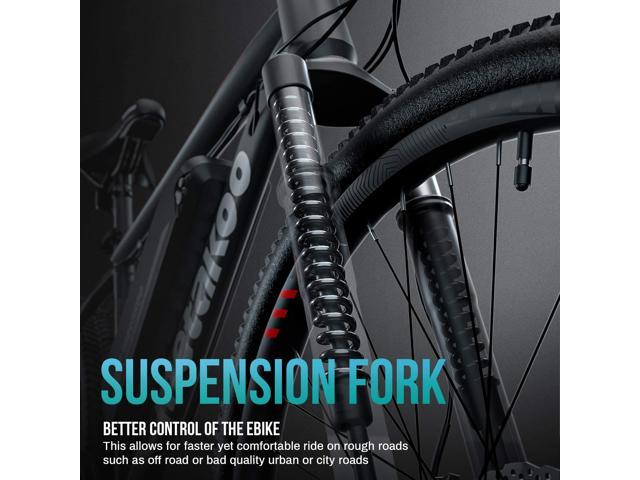 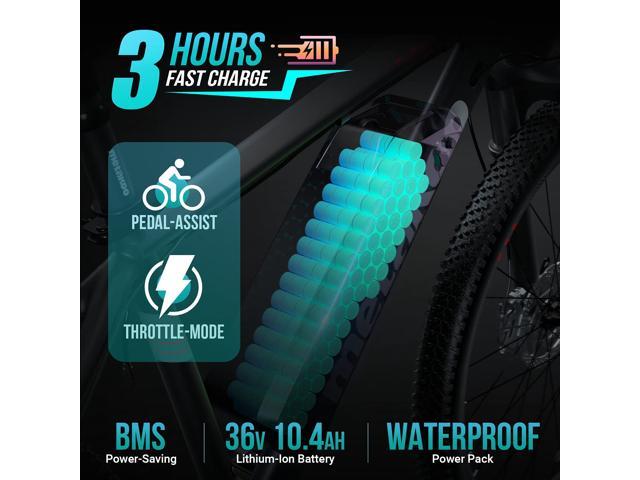 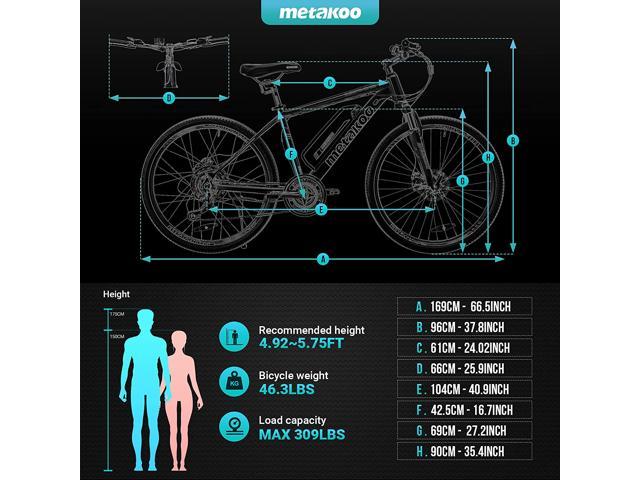 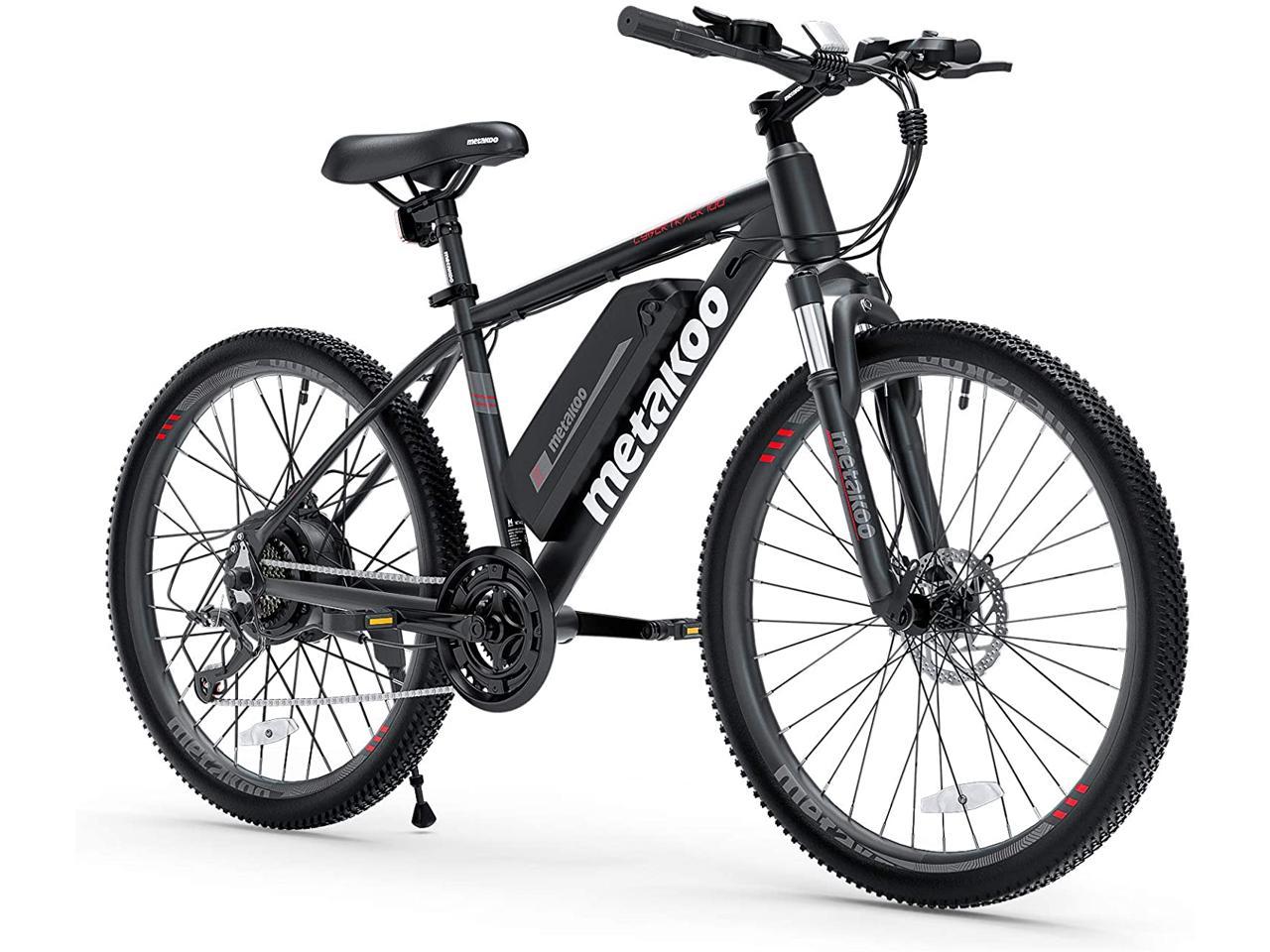 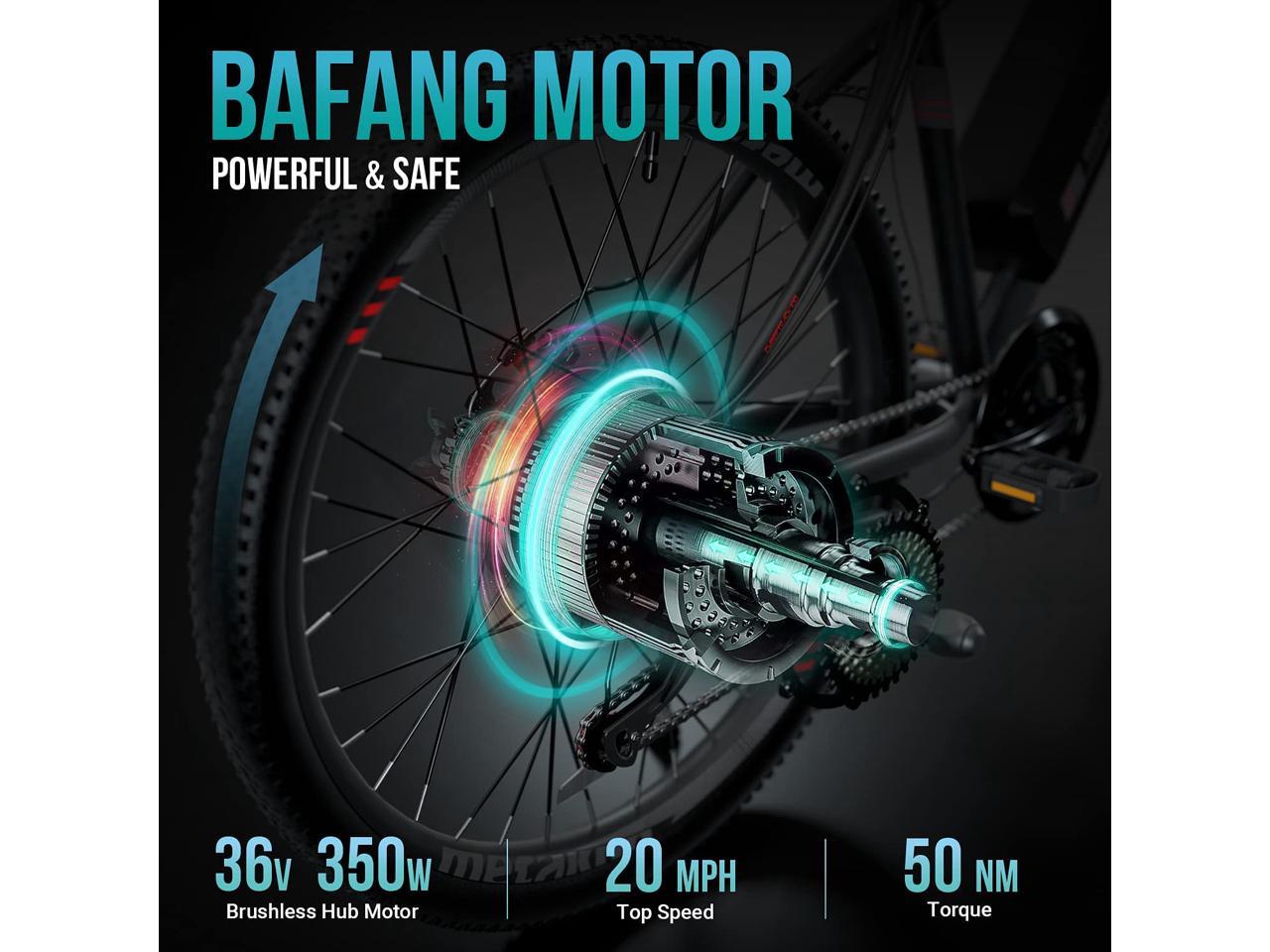 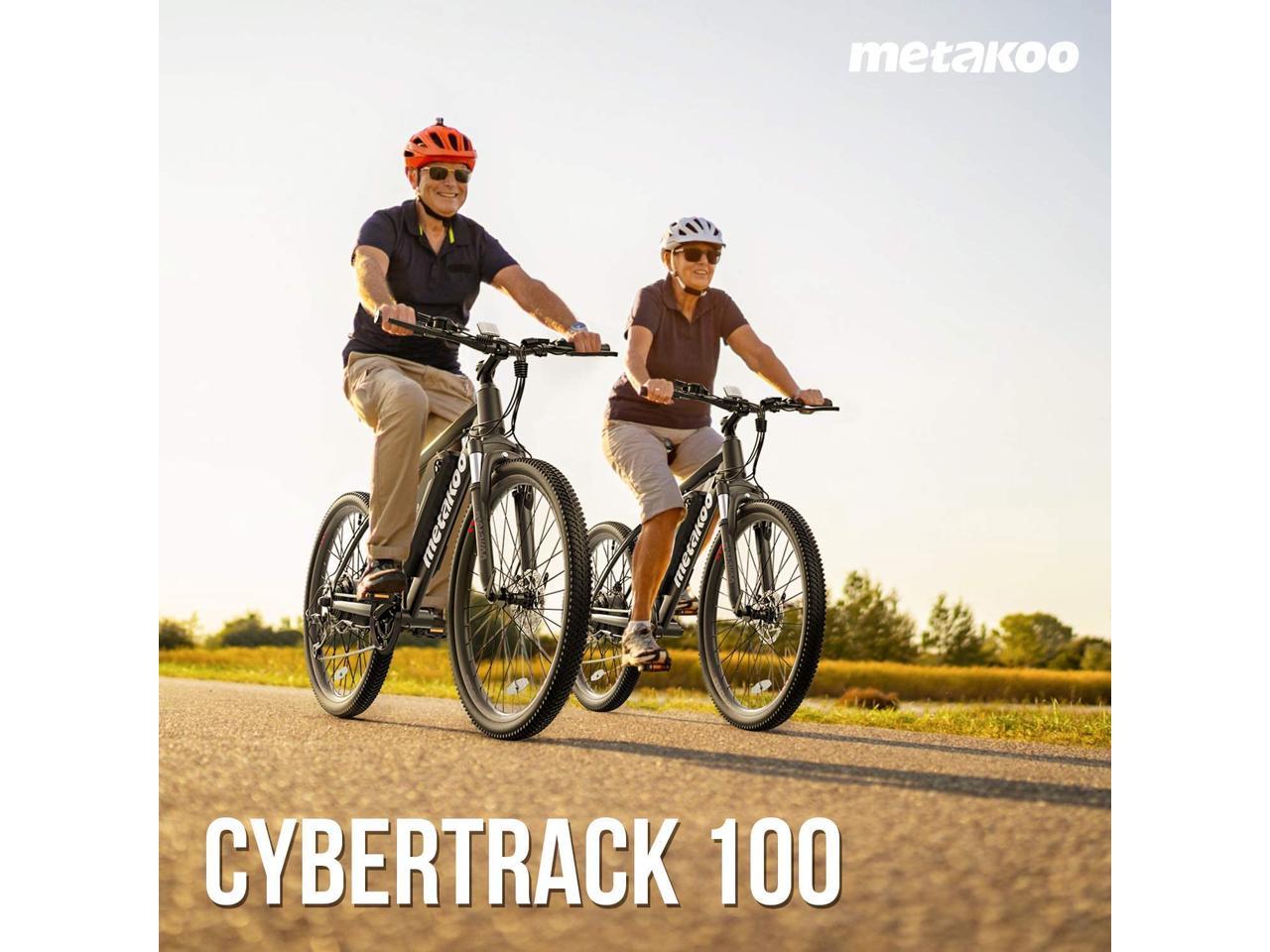 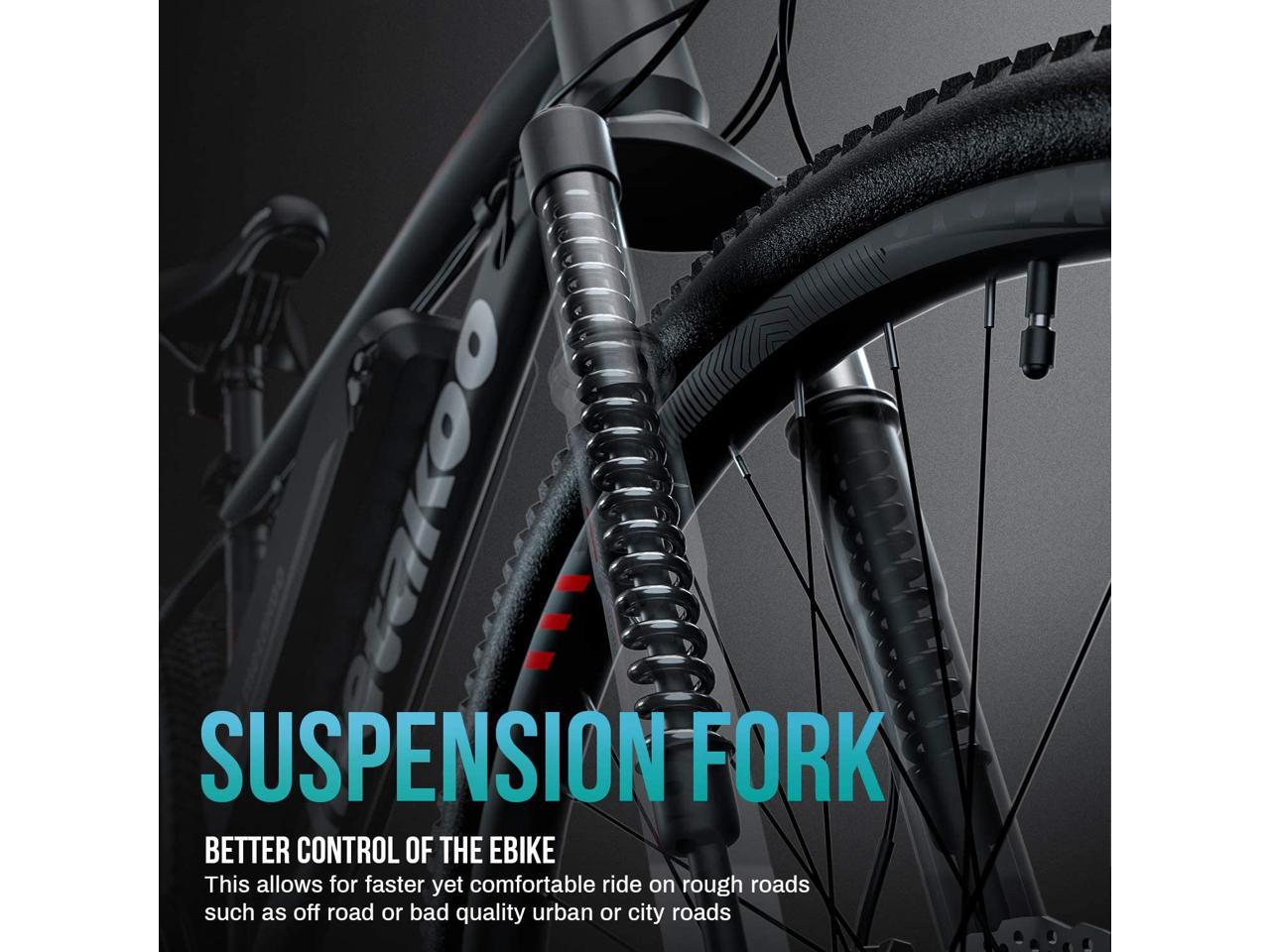 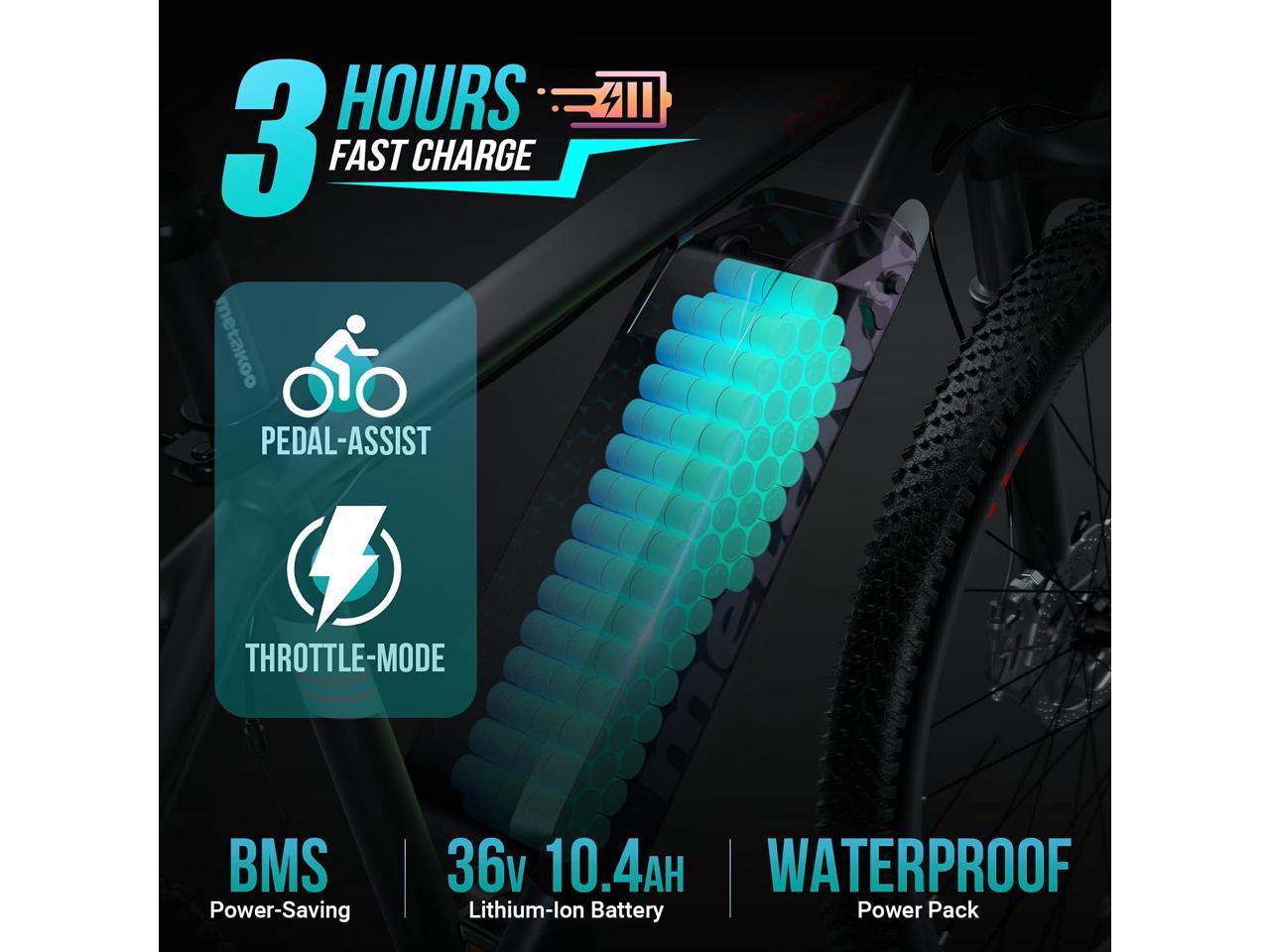 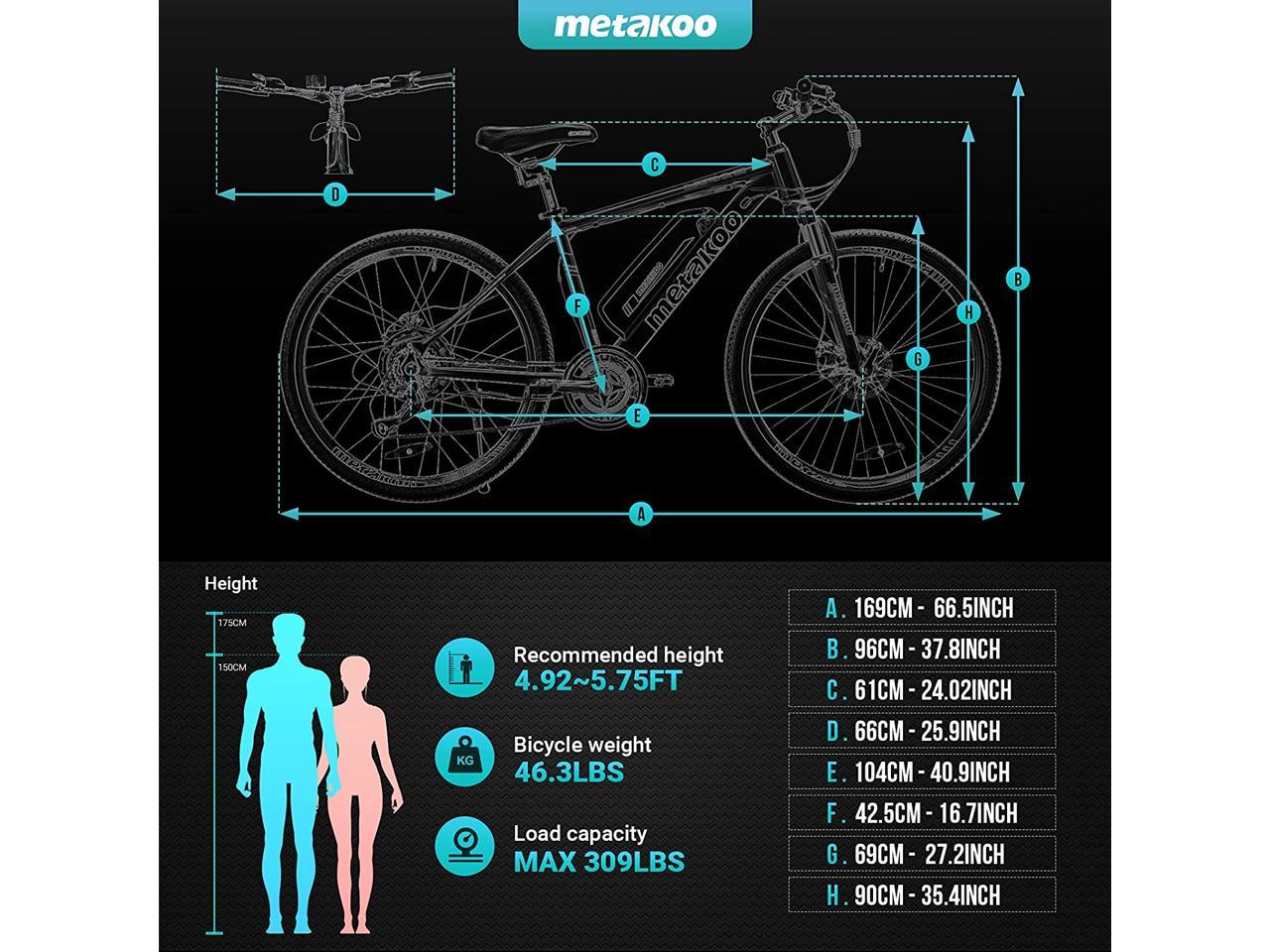 Learn more about the METAKOO Cybertrack 100

Pros: Pretty easy to build, super fun to ride. The detachable battery makes it easy to charge at my desk. Price is right for entry level

Cons: I bought a more comfortable seat and it is kinda hard to change it (most likely 'user error' on my part)

Overall Review: I got this as a commuter bike for my 9 mile ride and it works great. I have also hooked up a bike trailer to take my kids with me to Grandma and Grandpas house and it works great. They don't like it when I go too fast though. Also, in case you are on a budget, make sure you leave room in your budget for essential bike stuff like a tire pump, a helmet, and a good lock.

Cons: A bit heavy, the battery is quite heavy as well, but it's not unbearable, though you might be left pedaling this heavy bike on your own if you have to ride more than an hour without charging. Pack your charger!

Overall Review: This bike is absolutely worth the price.

Pros: Easy to use with a quick charge

Pros: It took me under an hour to assemble it with no issues. The user manual is good enough, and is only in English. The frame, rims, and seat post are aluminum, but much of the rest is steel; which adds some to the overall weight of the bike, but no big deal, as I got what I paid for, which was a great deal IMO. The battery comes off and back on the frame very easy, and is tight and secure while on. FYI: some guys on YT reviewed this bike and said the battery was loose, but I don't see that at all on my bike. The length of the bike is short at 67", but I prefer it that way. The controller display is easy to use and provides all I require. The power throttle is easy to use; just turn the handle and it goes.

Cons: I had some issues before, but I have none now, and hence have updated this section. On the battery, the power button is properly labeled with "I" for power on and "O" for power off. Before I had thought that was backwards and thus complained here, but I WAS WRONG. My mistake, sorry! If the user manual had explained what those power symbols mean, then that would have helped me a lot, as I was clueless in assuming the wrong thing as I did. Also, I was a little concerned that the back wheel may not have been balanced proper, but it's a-okay.

Overall Review: Note that the height of the top bar (right in front of the seat) is 28" from the ground, thus if your crotch is below 28" then you're not going to able to stand over the bike comfortably, that is unless you like that bar up your crotch. This is my first ebike, thus I thought a 350 watt motor might be enough, and it's fine, but my next ebike will be 750 watts, which is the maximum allowed in my jurisdiction without a license.

Cons: The rear spooks broke after 30 days and to repair would cost at least 300 dollars. if you buy this buy with caution.

Pros: Battery comes off to charge, charges quickly, easy and fun to ride on road or trails. Very versitile

Cons: Tires too thin imo for a mountain bike, seat not very comfortable. Would definitely recommend getting a little bigger tire and a more comfortable seat

Overall Review: I have had this bike for almost a year and have put a little over 300 miles on it. I highly recommend