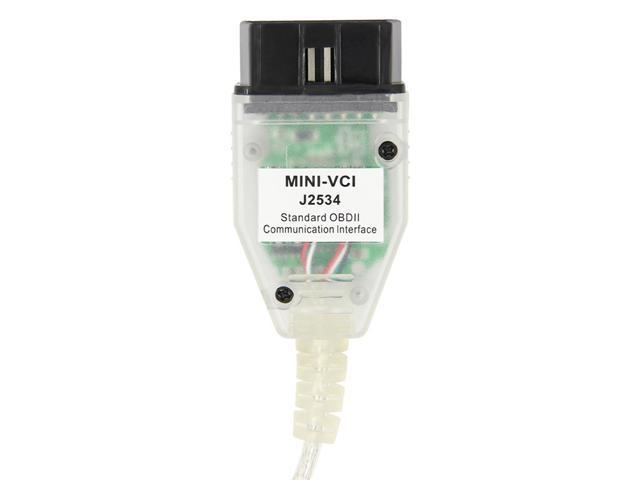 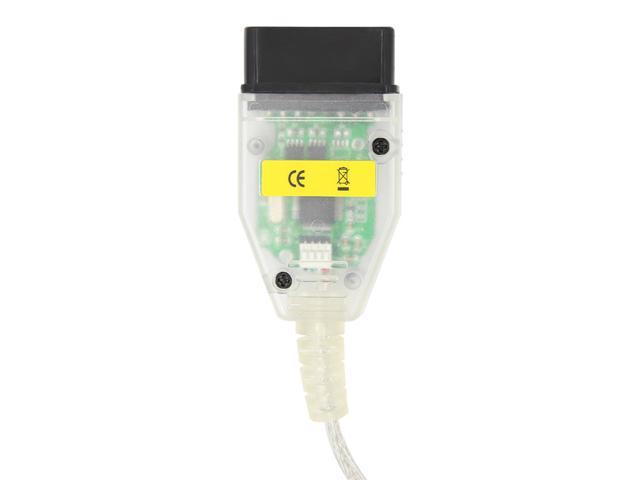 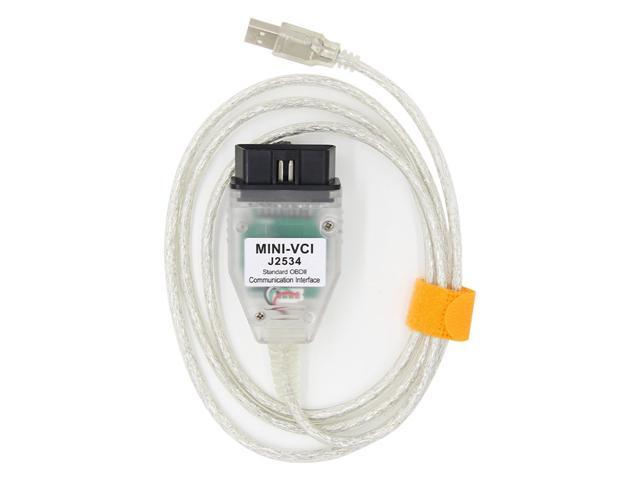 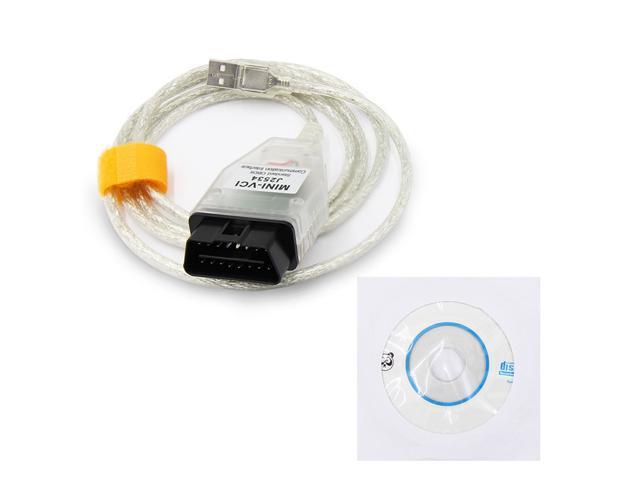 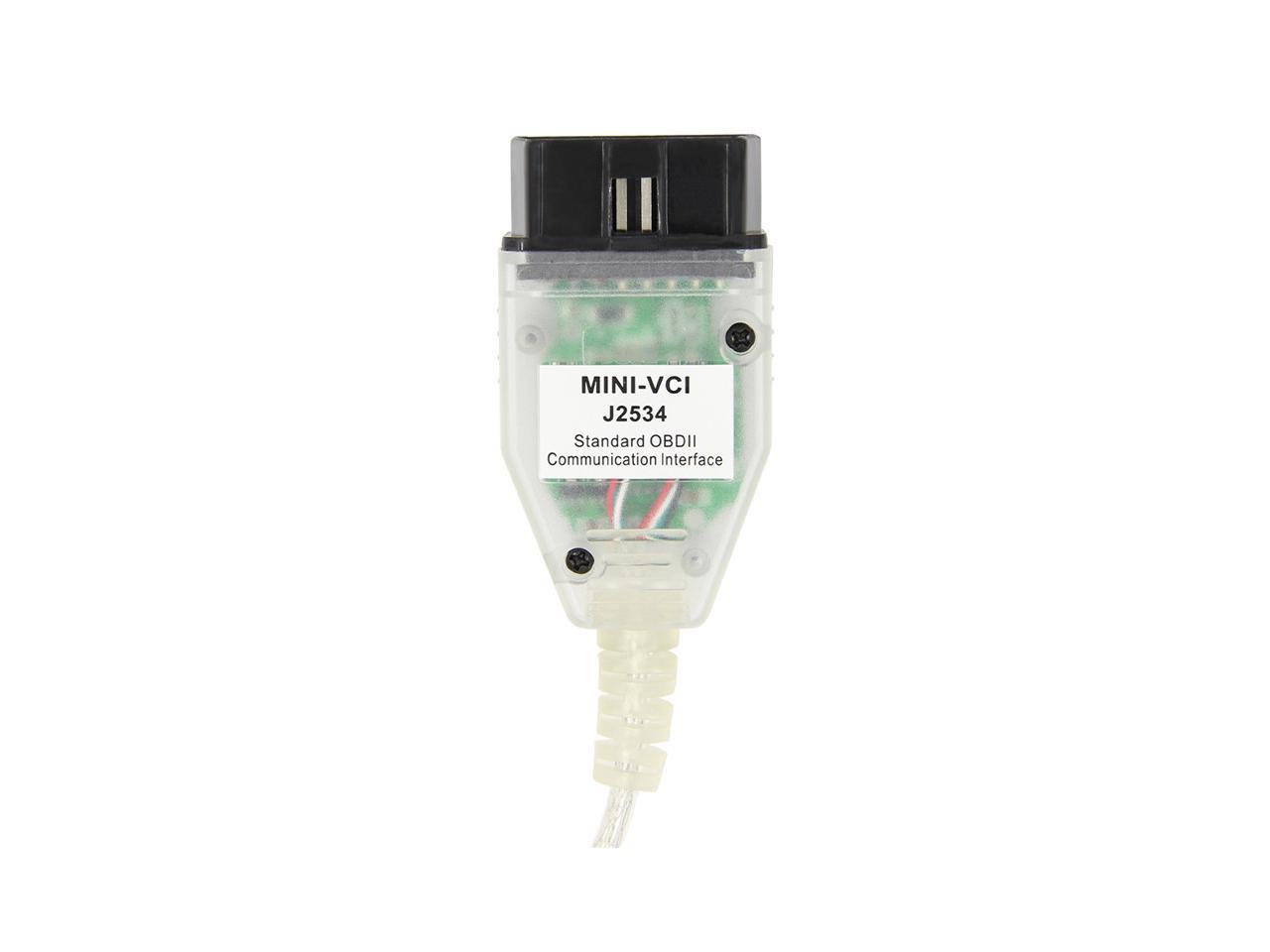 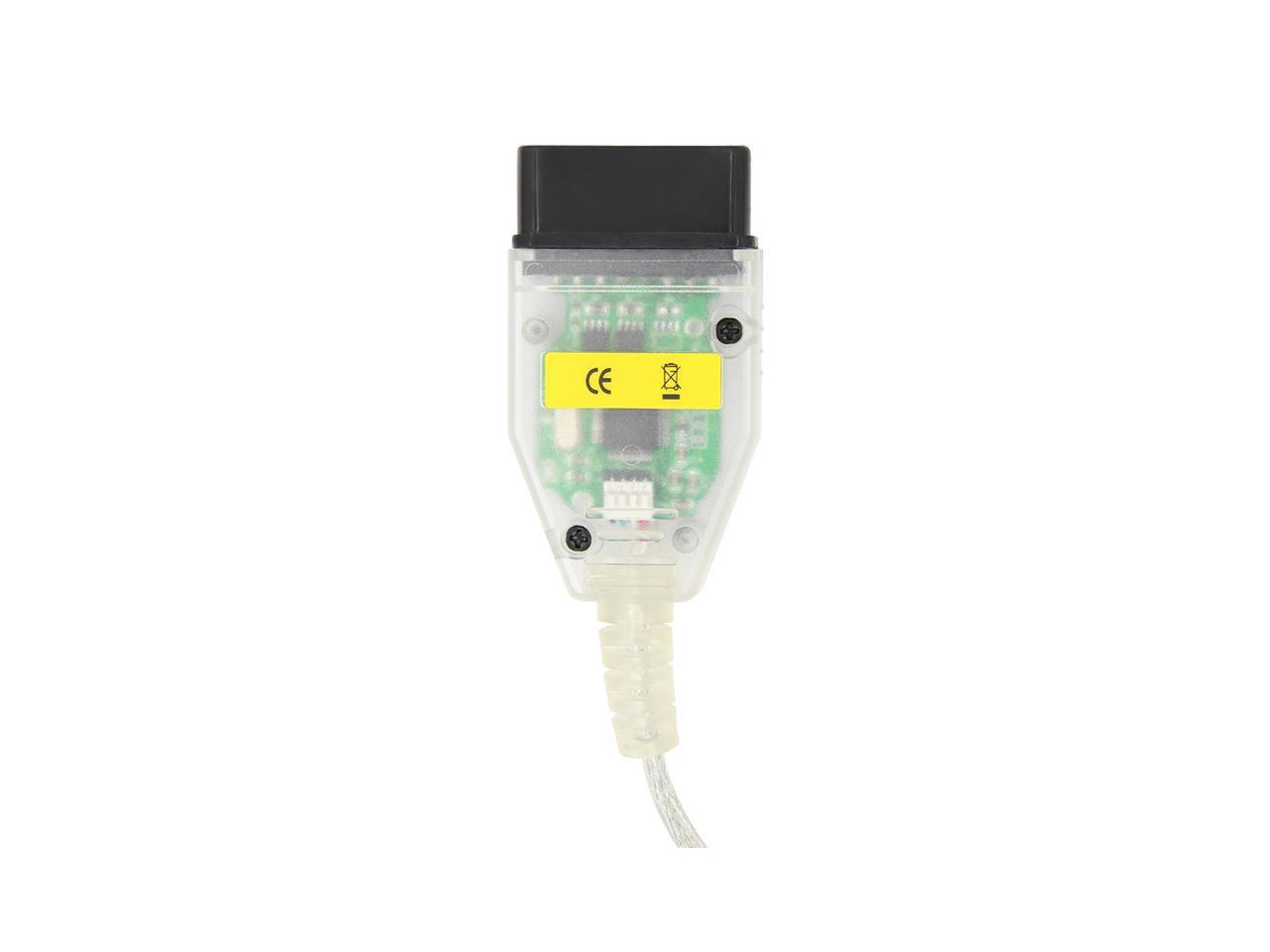 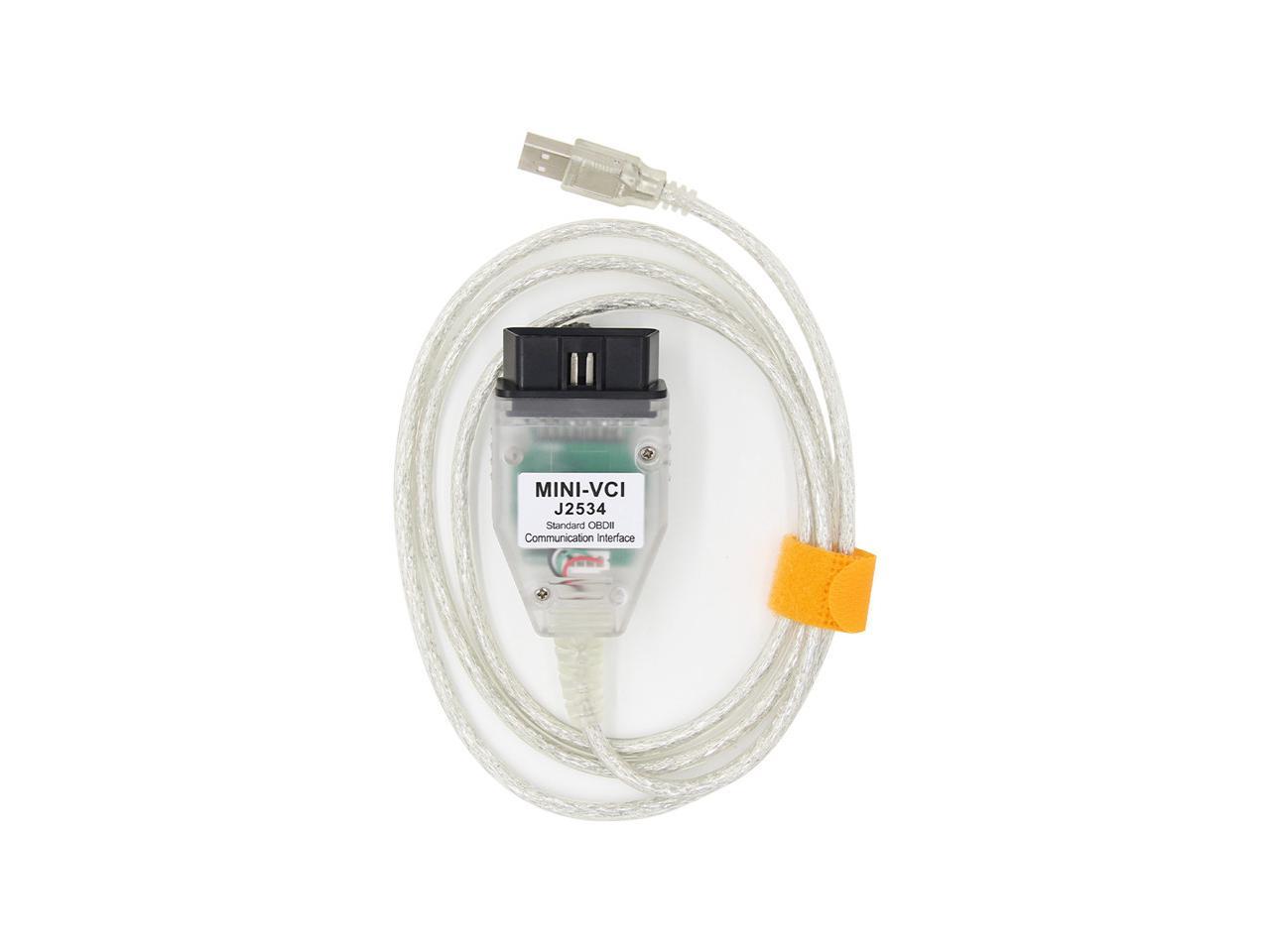 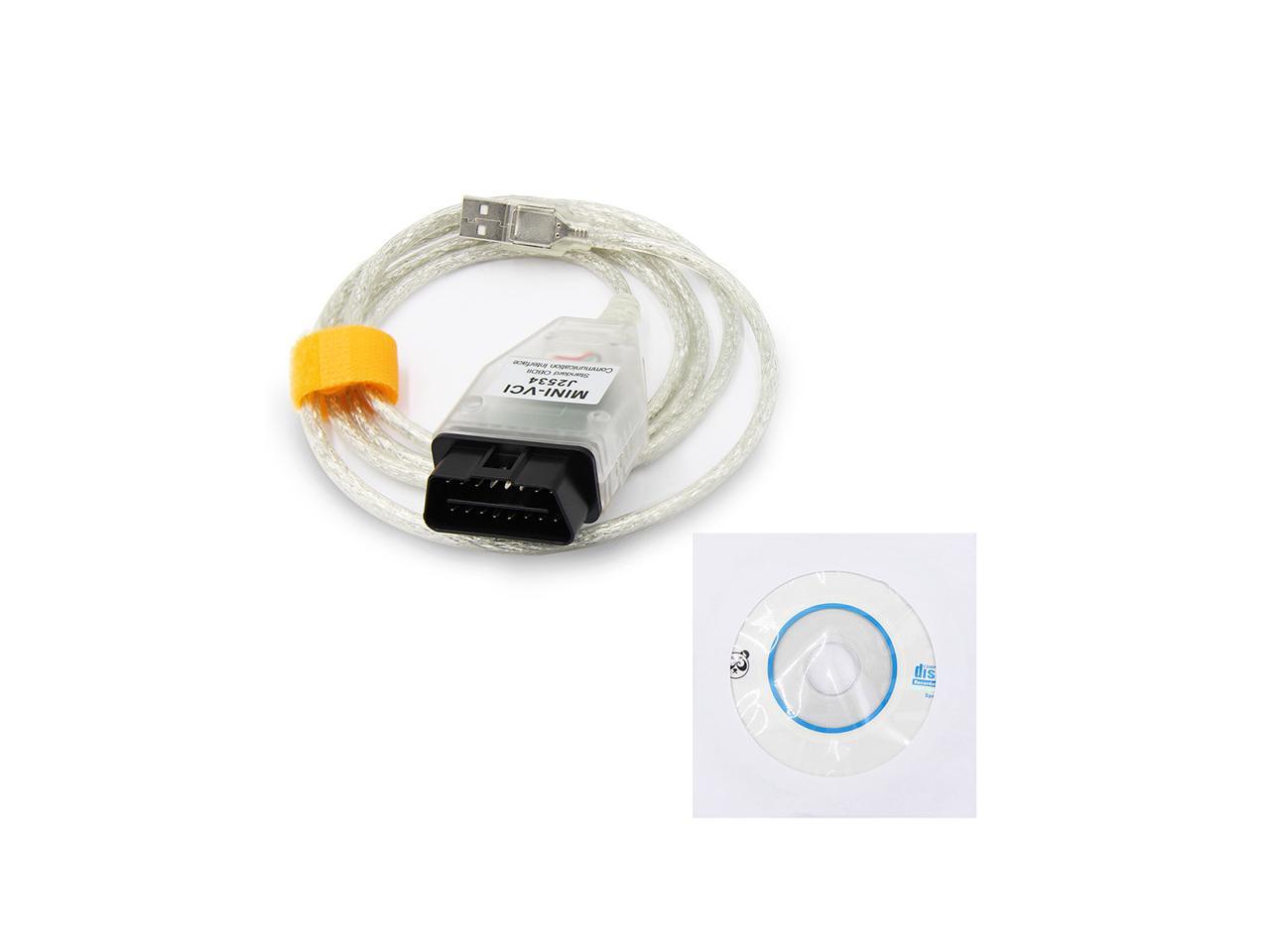 Be the first to review this product...
In stock.
Ships from China.
Most customers receive within 5-17 days.
Overview
Specs
Reviews
USB to OBD2 16pin MINI VCI Single diagnostic Cable for TOYOTA TIS Techstream

Description:
Single cable for MINI VCI FOR TOYOTA is cost-effective,
1.the price of product is only one-third of similar foreign products.
2.Support for Toyota TIS OEM diagnostic software
3.Support all the diagnostic communication protocols needed for Toyota (since 1996).

Notice
1.This package do not contain 22pin connector for Toyota, so it can only work for Toyota 16pin cars.
2.Support Computer System: Windows XP; Windows7 32 bit

FAQ:
Q: is it compatible with apple laptop?
A:. No. It supports xp and windows7 32 bit if met problems of asking password, just try more times to install driver.

Q: I use adapter to connect cars, but it fails, what is wrong My car is 1994 Toyota Camry?
A: be sure to install the driver well.

Q: I have installed the driver, but still can not use
A: This item is good for after 1996.

Q: my cars are Land Cruiser FZJ 80 (450 Lexus) and prado (5vzfe engine), the software is good But when I use it to check, the K-Line, L-Line, CAN BUS shows red And it only.. recognizes two cars' ECU.
A: it is not compatible with the cars.

Q: Is MINI VCI FOR TOYOTA TIS Techstream compatible with apple computer?
A: TIS Techstream works on windows xp and windows7, For apple computer, it should not be compatible, but some systems will prompt it will need password, please install driver software several times, it will be ok.
Or, you can use the TIS KEY. It is in our CD

Q: MINI VCI FOR TOYOTA (SP61) can not work on my 1994 Toyota Camry, I did everything as the manual.
A: The item can work well with year after 1996, it is better to try cars after 1996 to check whether the item is in good condition.