Purchases from these Sellers are generally covered under our Newegg Marketplace Guarantee.
44 Ratings (89% Positive)
Sold and shipped by: California ElectronicsContact Seller
Ships from United States.
44 Ratings (89% Positive)
On-Time
Delivery
97.73%
Product
Accuracy
93.18%
Customer Service
Satisfactory
92.31%
View All Seller's Reviews
This item is currently out of stock and it may or may not be restocked.
Out of Stock
Add To List 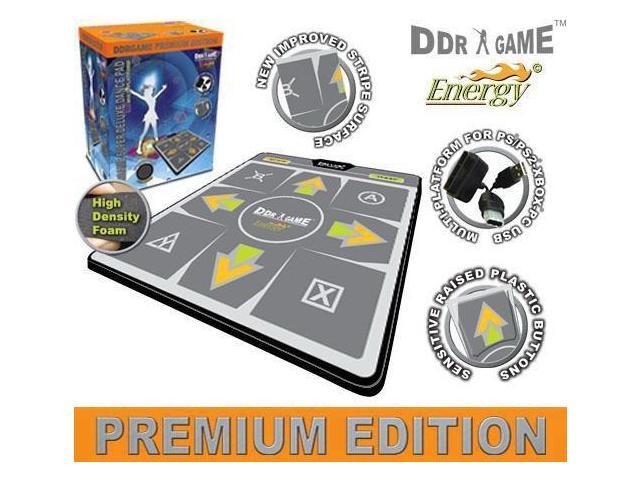 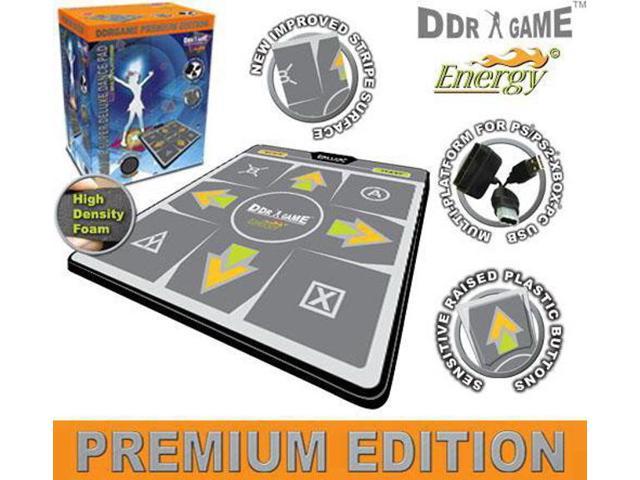 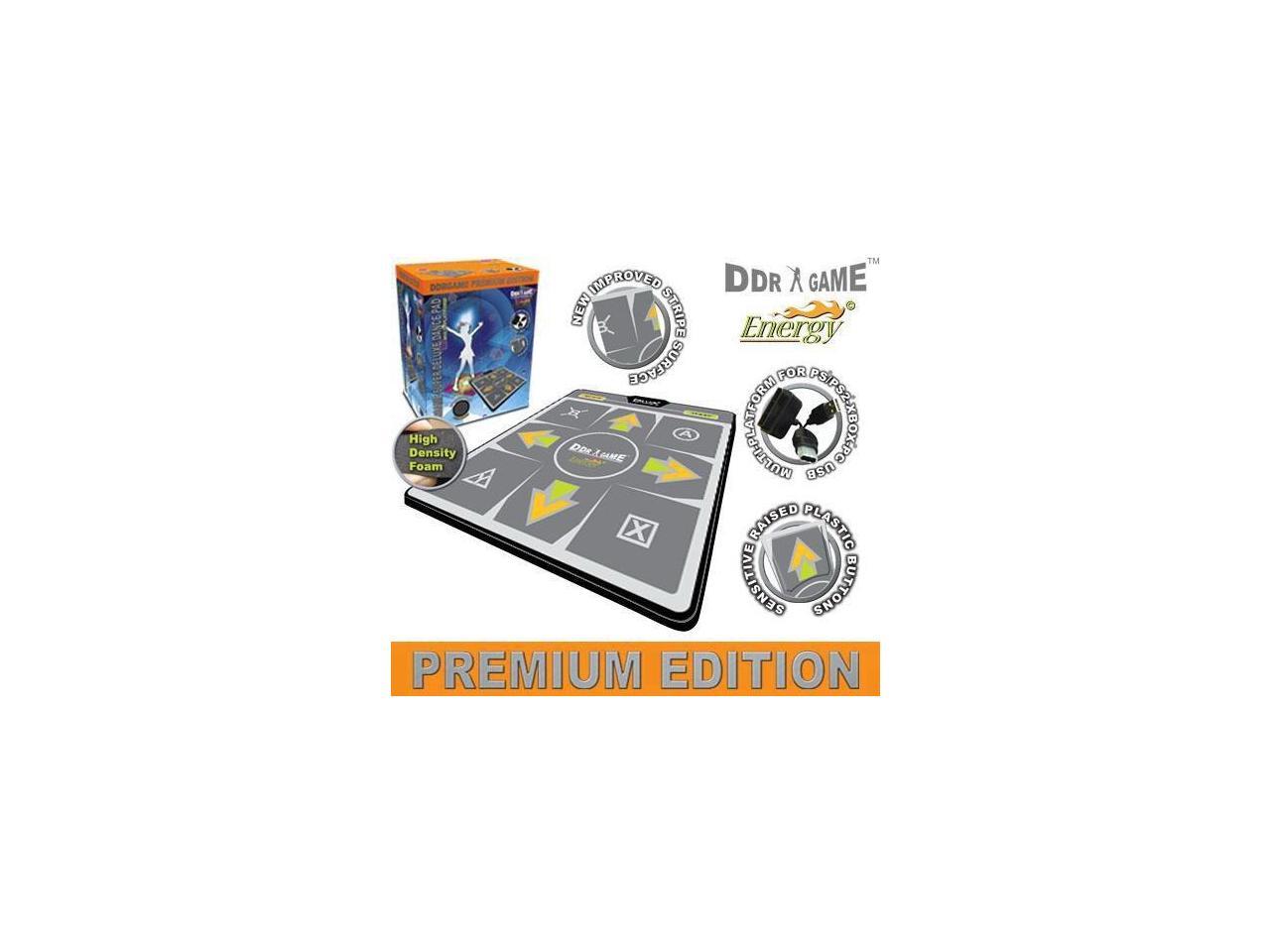 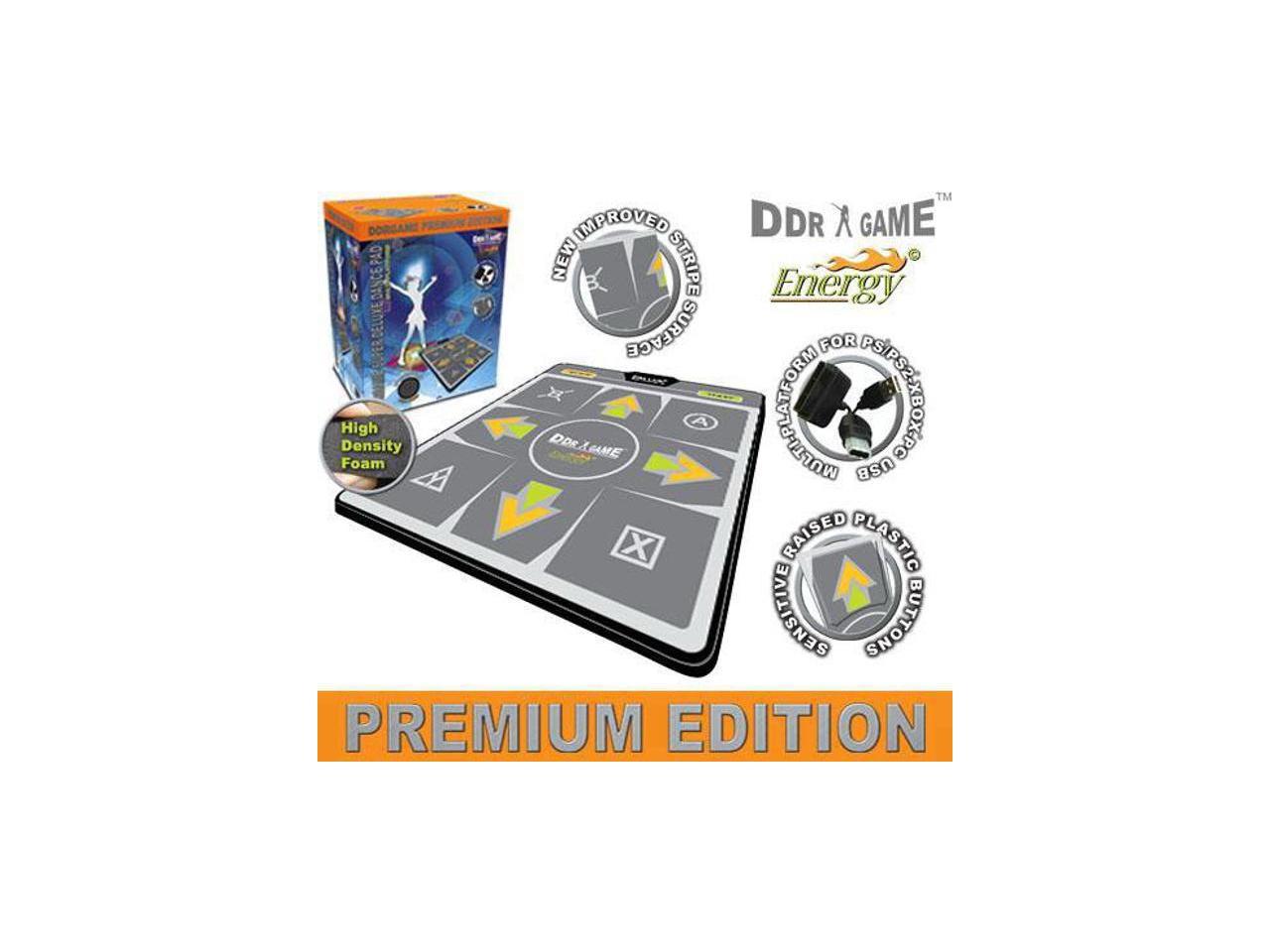 (3) Write a Review
OUT OF STOCK.
Ships from United States.
Most customers receive within 3-8 days.
Overview
Specs
Reviews
The Energy Premium Edition Super Deluxe Dance Pad features the super-sensitive-definitely-no- more-delay technology with our brand new look and offers Three-in-One multi-platform plug that works flawlessly with PS One, Playstation 2, Xbox, and PC via USB. Thanks to its new and improved stripe surface, the Energy Premium Edition Super Deluxe Dance Pad has been designed for maximum durability. The new stripe material gives the dance pad a much improved dance surface, smooth transitions from step to step, as well as increased traction that prevents you from sliding off the dance pad.

Luke B.
Ownership: 1 month to 1 year
Verified Owner
Initial Sensor Pad was Defective, but the Replacement Works Very Well4/2/2020 6:46:39 AM

Cons: The first dance pad I received had a sensor issue that prevented good step input. It intermittently acted like some arrows were pressed down and held down when they were not (preventing subsequent steps). It also had a break in the wire near the top of the pad that was not initially apparent.

Overall Review: While the first pad was unfortunately defective, the second dance pad works well. The initial pad had a defect that would prevent good step tracking/input. The seller provided very good customer service first with troubleshooting techniques, then a replacement pad. I sent it back and had a replacement very quickly. Many thanks to Jimmy for facilitating the troubleshooting and return/replacement!

Anonymous
Ownership: 1 week to 1 month
Verified Owner
Works great after getting the wrinkles out and deformation of arrows from shipping.4/19/2018 2:41:33 PM

Pros: - After a little work, works perfectly with StepMania.

Cons: - Due to shipping container, the pad is a bit wrinkled and malformed right out of the box. I ordered 2 pads and they both had the exact same issue. - Initial use of the pad had issues with the up button getting stuck in the on state. - Had to use a hair dryer on hot to even out all the wrinkles and get the arrows back into shape.

Overall Review: - The pads are great once they're setup, just use a hair dryer on hot and circle around all the wrinkled areas using your hands to flatten the arrows and trouble areas out. - A note to the company, find a better way to ship the pads so that they aren't so wrinkled and unusable right out of the box.

Pros: sensitivity is amazing on it doesn't feel incredibly cheap 4 way interface so I can play on Pc or ps3 and so on

Cons: tbh the foam inside isn't as snug as I hoped so the top of the pad is a little loose and wrinkles.