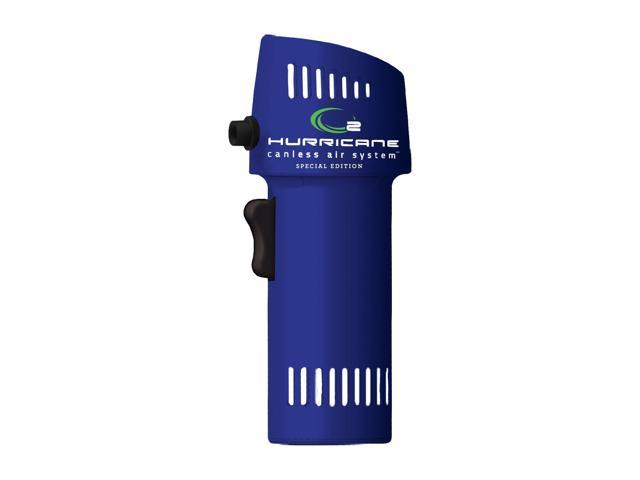 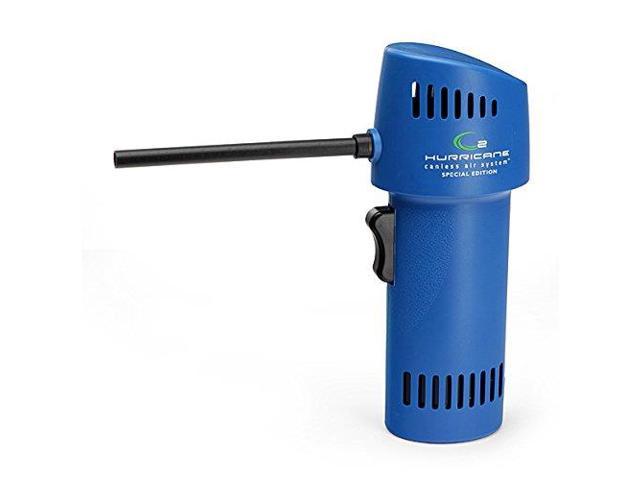 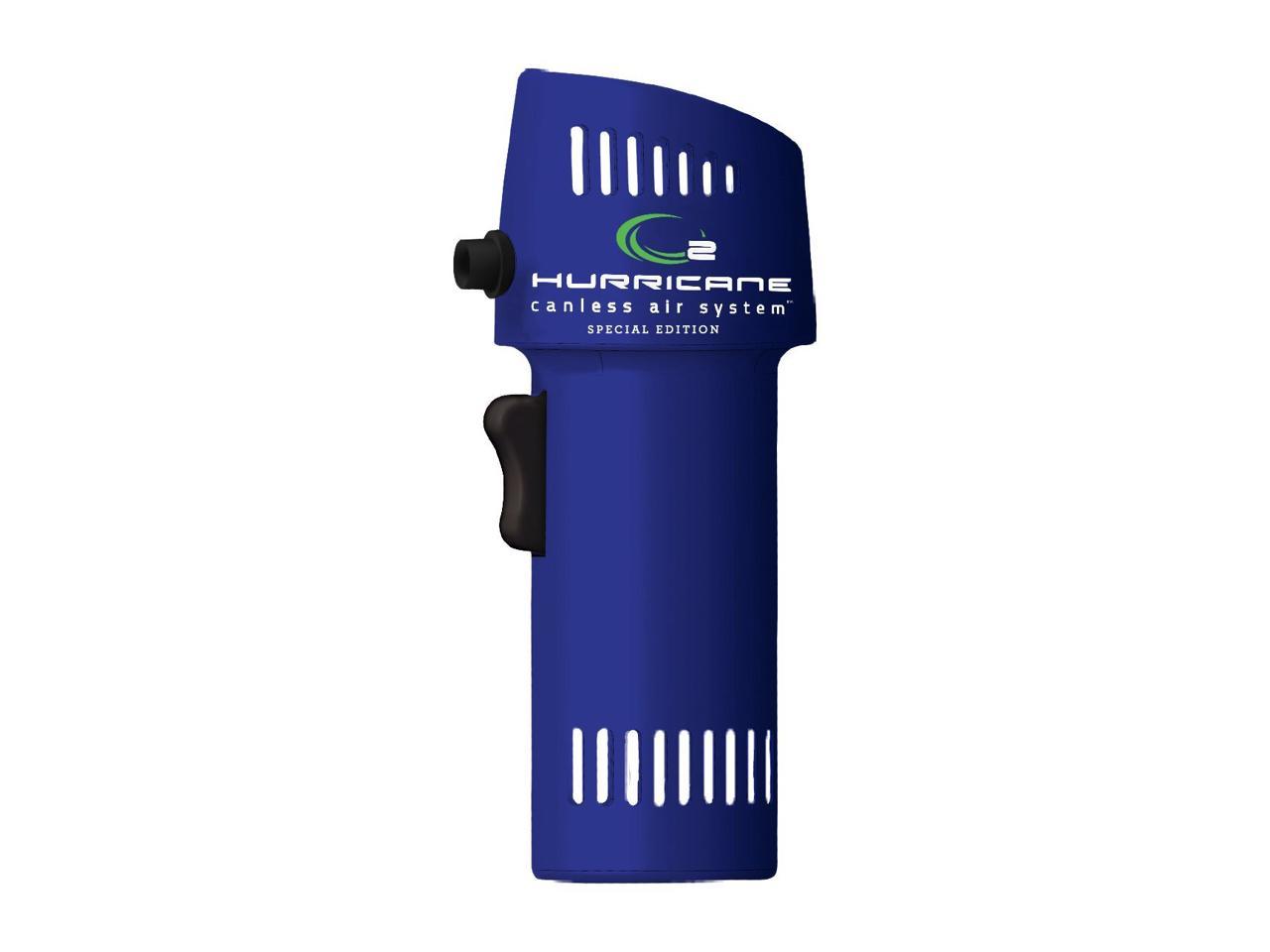 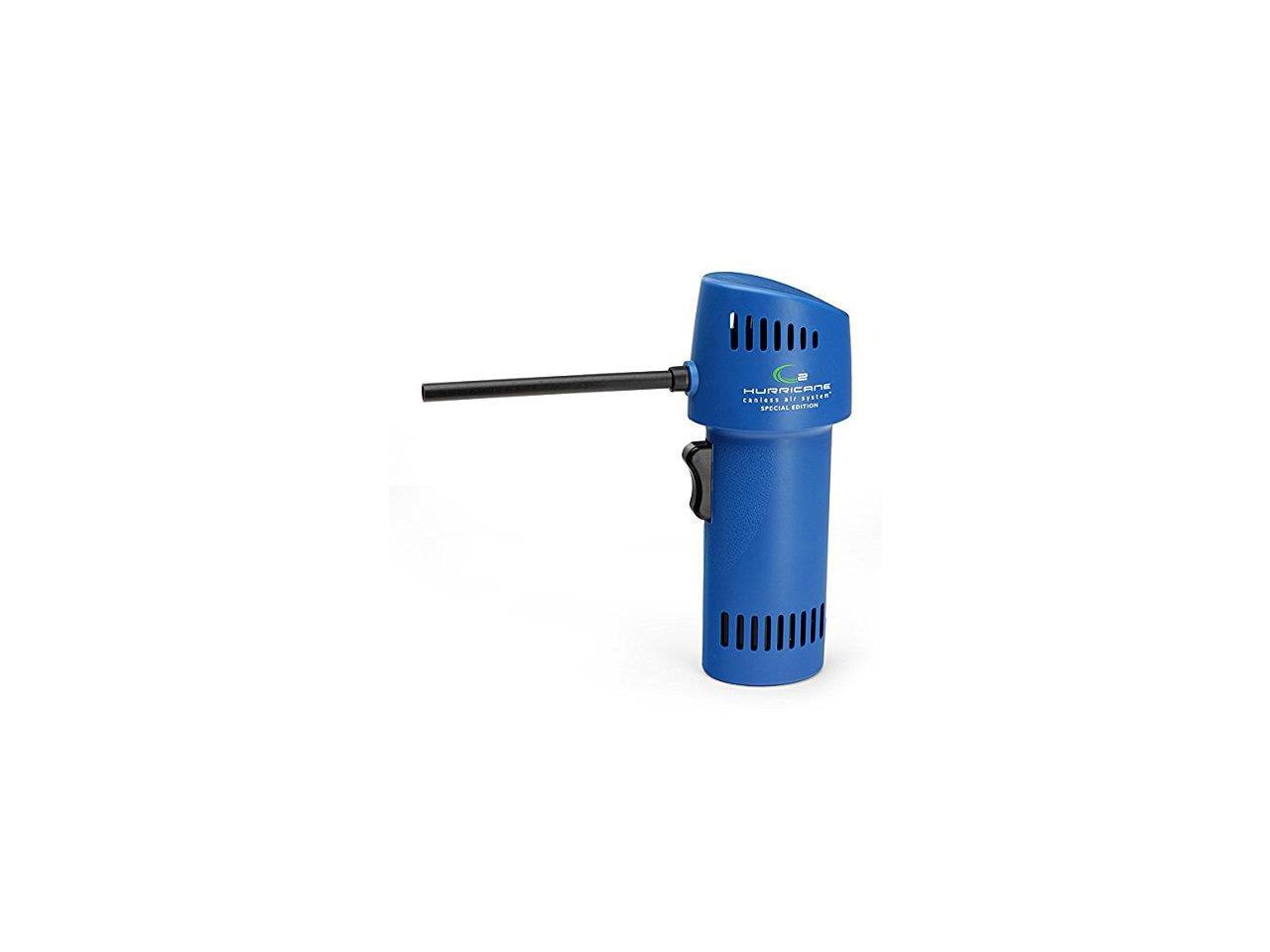 Pros: Battery powered, battery lasts a long time. Constant flow and pressure. Works better than you'd expect given that it doesn't have nearly the amount of pressure that canned air does.

Cons: Cheaply made. If you blow out computers every day (like at your job as a repair tech), then don't expect it to last very long. I used mine for about 3 months before the impeller lost a blade and the thing started vibrating horribly. I took it apart to fix it, but with the impeller being so imbalanced, it was a short time before it self-destructed after losing more blades. This thing is also EXPENSIVE. Yes, it's cheaper than canned air, but you're paying $80 for something that will last maybe 4 months under heavy use. I didn't abuse it at all, and broke on its own. If you think this product is cost-effective, I have one word for you: DataVac. It's a much better product and it's significantly cheaper. Yeah, you have a cord to deal with, but when you feel the air that it puts out, you'll never think twice about it. The tubes on these also tend to fall out. I have an easy solution for that; see below. Being that it's battery operated, and has a tiny motor, there's very little pressure coming out of this thing. The tube does allow for a good bit of volume, but it just can't force dust off the way canned air or the DataVac can. I even tried modifying the tubes to make them smaller to increase the pressure, and all it really did was stress the motor even more. The device is simply too small and too underpowered to be able to generate a lot of pressure.

Overall Review: This thing DOES work much better than you'd expect. The main benefit of this over compressed air is the fact that it's consistent and you can continue blowing it as long as you need to. With canned air, as we all know, the can cools off and the pressure drops. That's really annoying. But the Hurricane can't compete with canned air when it comes to pressure. So where you might have to blow something with air for 15 seconds or so, you'll be blowing for at least 30 with the Hurricane and you still might not get all the dust out. There's simply no reason to buy this when better products like the DataVac exist, EXCEPT if you need a portable solution and you're not going to be using it all that frequently. The DataVac is made of metal and thanks to it using 110VAC blows WAY more air than this, and if you compare the two, you'll never want to use the Hurricane again. I know I'm talking about the DataVac a lot, but that's because it's the best thing ever invented for blowing dust out of computers. Seriously. Having said all that, assuming you already bought one of these, you can still get some use out of it so here's my tip for keeping the tubes in place: wrap a little electrical tape around the end of the tube before sticking it into the Hurricane. You can wrap it a couple times to make it snug and then it won't fall out anymore. Worked perfectly for me for 3 months until it self-destructed.

Pros: Great for small jobs that does not require strong blast of air. Provides a constant stream of compressed air.

Cons: The pressure was not adequate for deep cleaning of computers. And the battery will no longer hold a charge after 15 months. I would say the ROI is not there for us.

Overall Review: I do not recommend.

Cons: Not cheap (if it lasts it'll save me $$ in the long run) No instructions (not that they're needed) or documentation The flip side of the pro: "Accessories fit quite snugly" - some are hard to attach at first, almost too snug

Overall Review: There are times you might still want the initial pressure of canned air but since that fades quickly and this stays constant and lasts many times longer it's a handy item. For cleaning computers at my home, I have compressors but when I'm out in the field cleaning, I can go through 2 cans of compressed air for a single computer (it adds up quick) - a single charge on this and I'm set for a few units

Overall Review: We used this at the college to blow out approx 15 systems in a 4 month period then the battery just would not charge and it died.

Cons: Not as forceful as canned air. Extension tube blows off sometimes. Cannot open unit to replace batteries so it's a throw away when then batteries eventually die.

Overall Review: I still need actual canned air for those hard to dust areas, but this serves 9 out of 10 times instead. I leave mine charging whenever it's not in use to be sure it's fully charged when I do need it. The charger detects full charge and goes into a standby mode so hopefully this neither wastes a lot of power nor shortens the battery life.