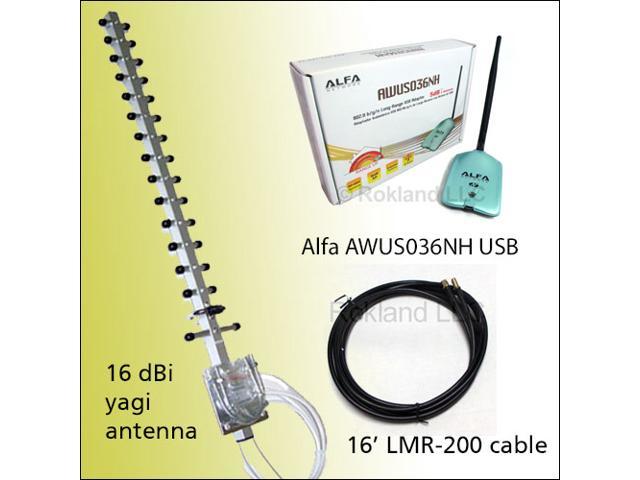 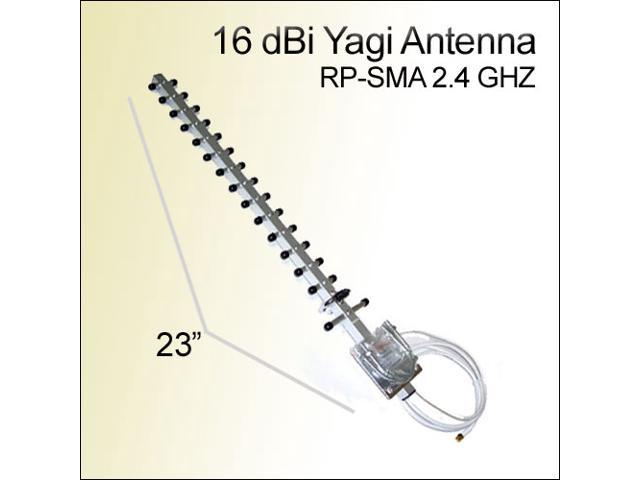 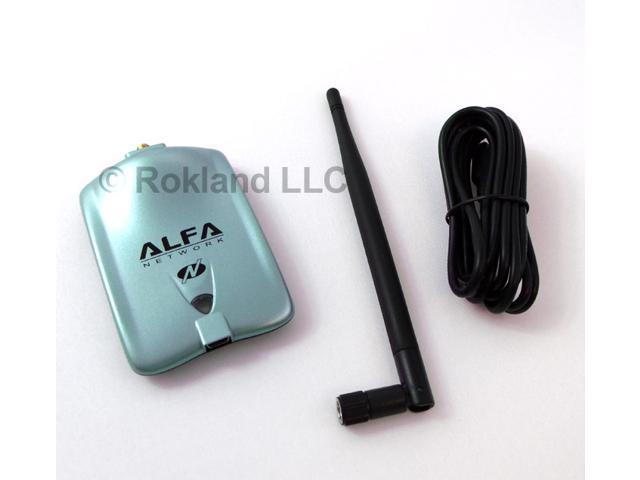 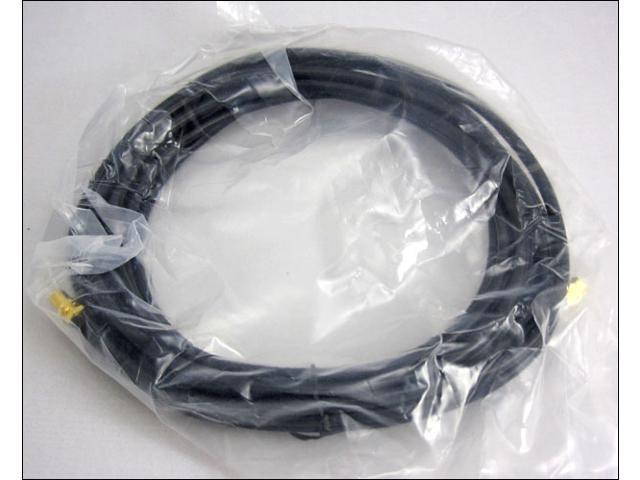 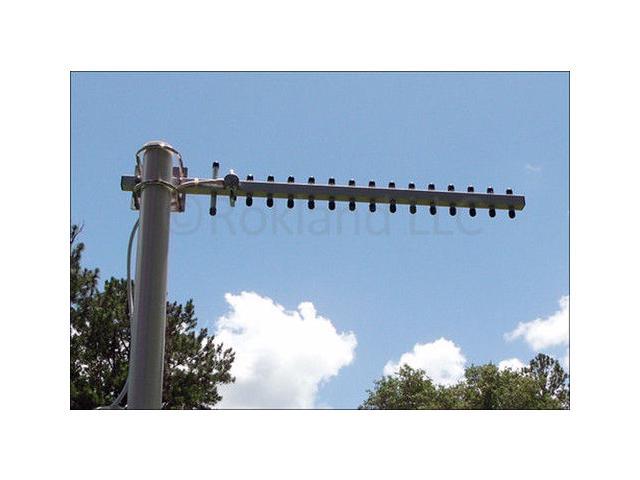 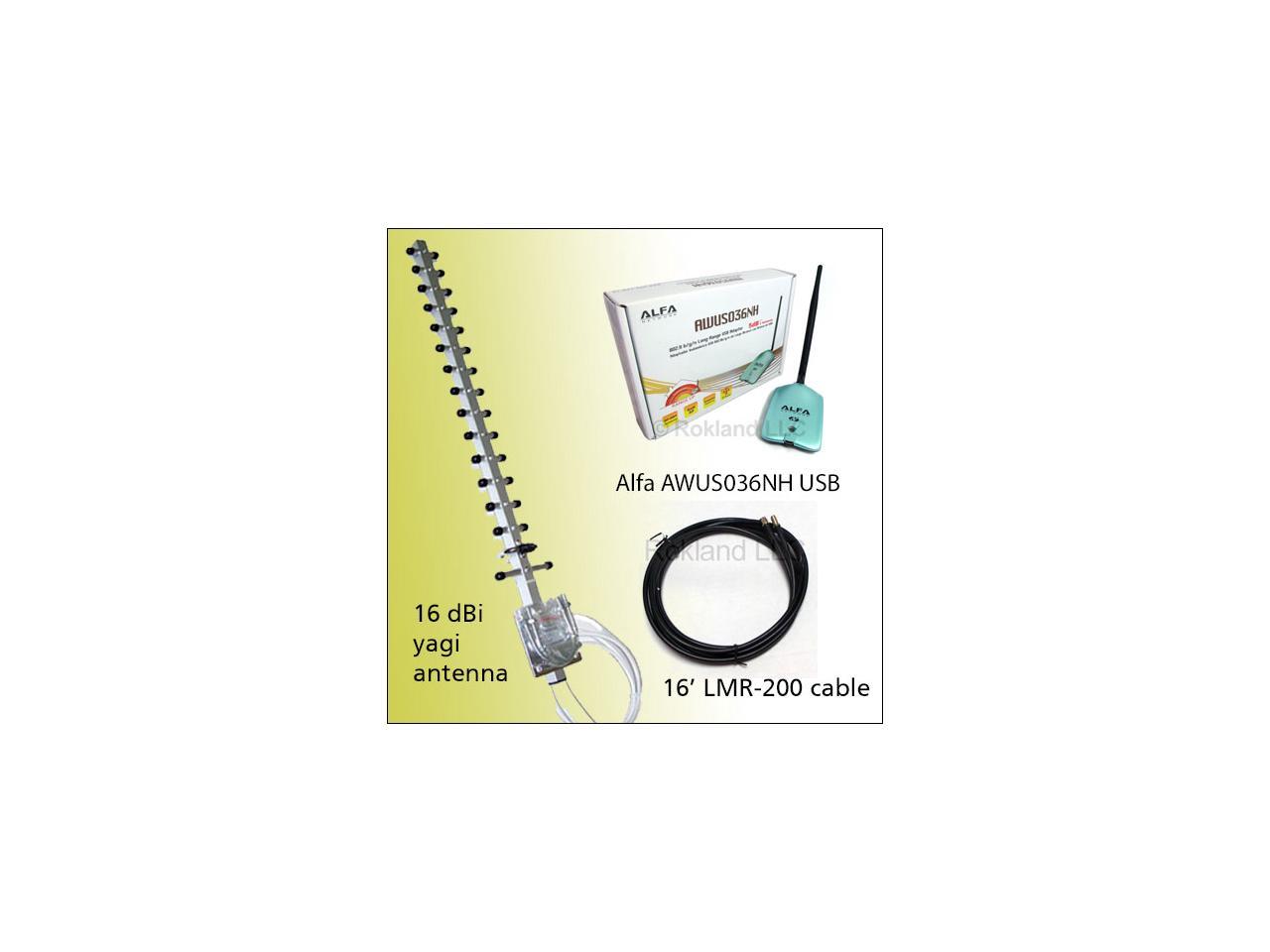 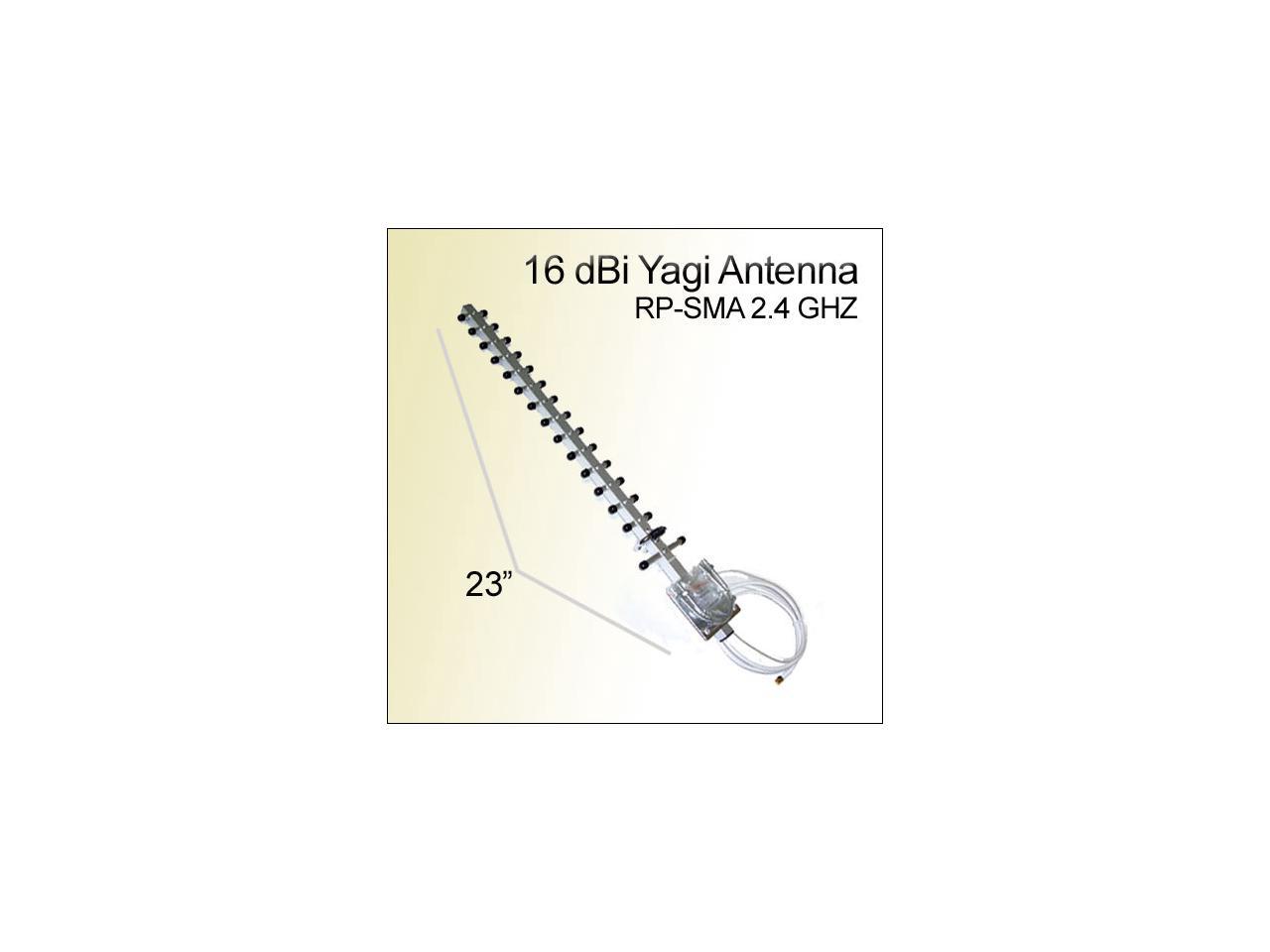 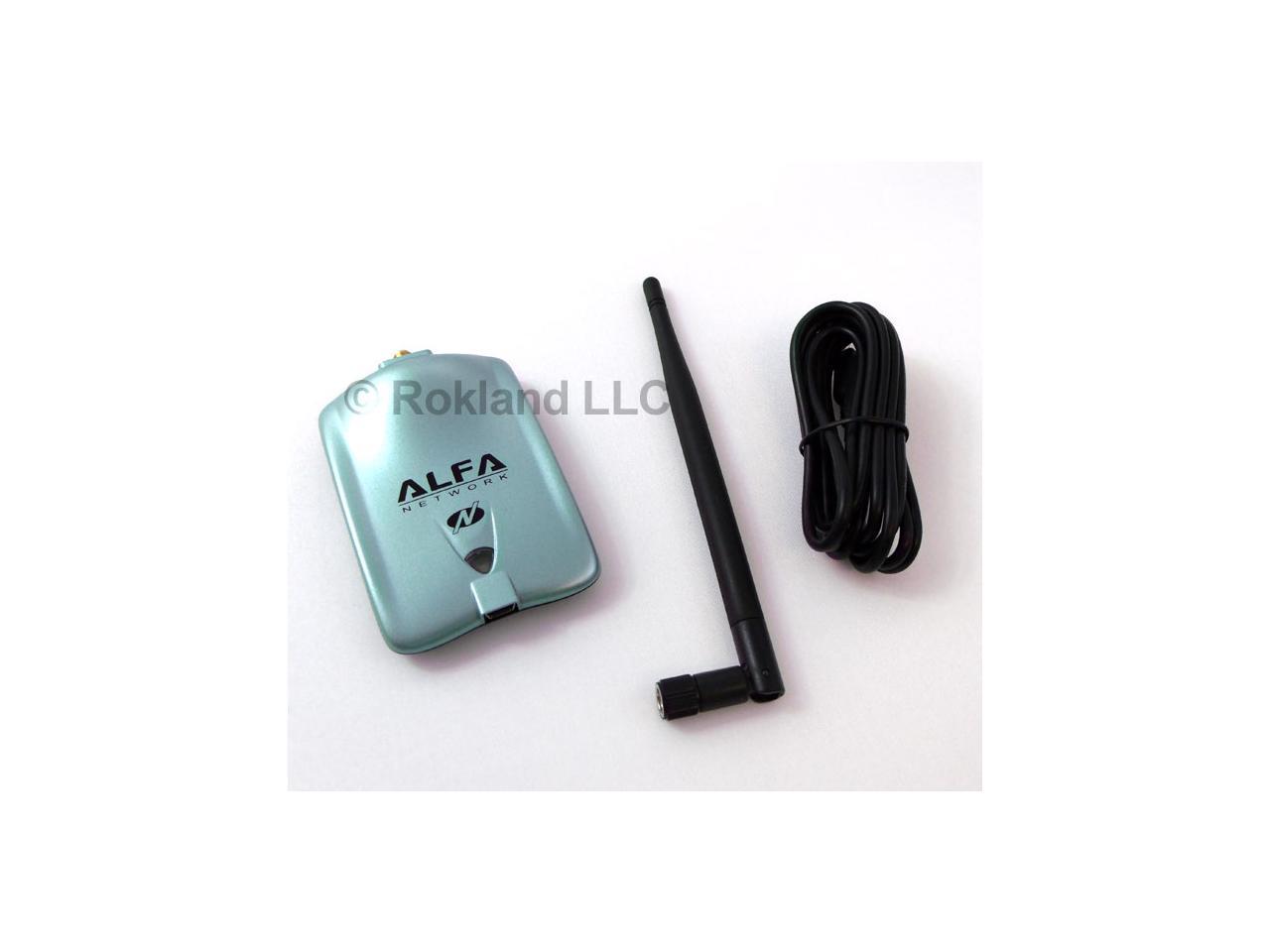 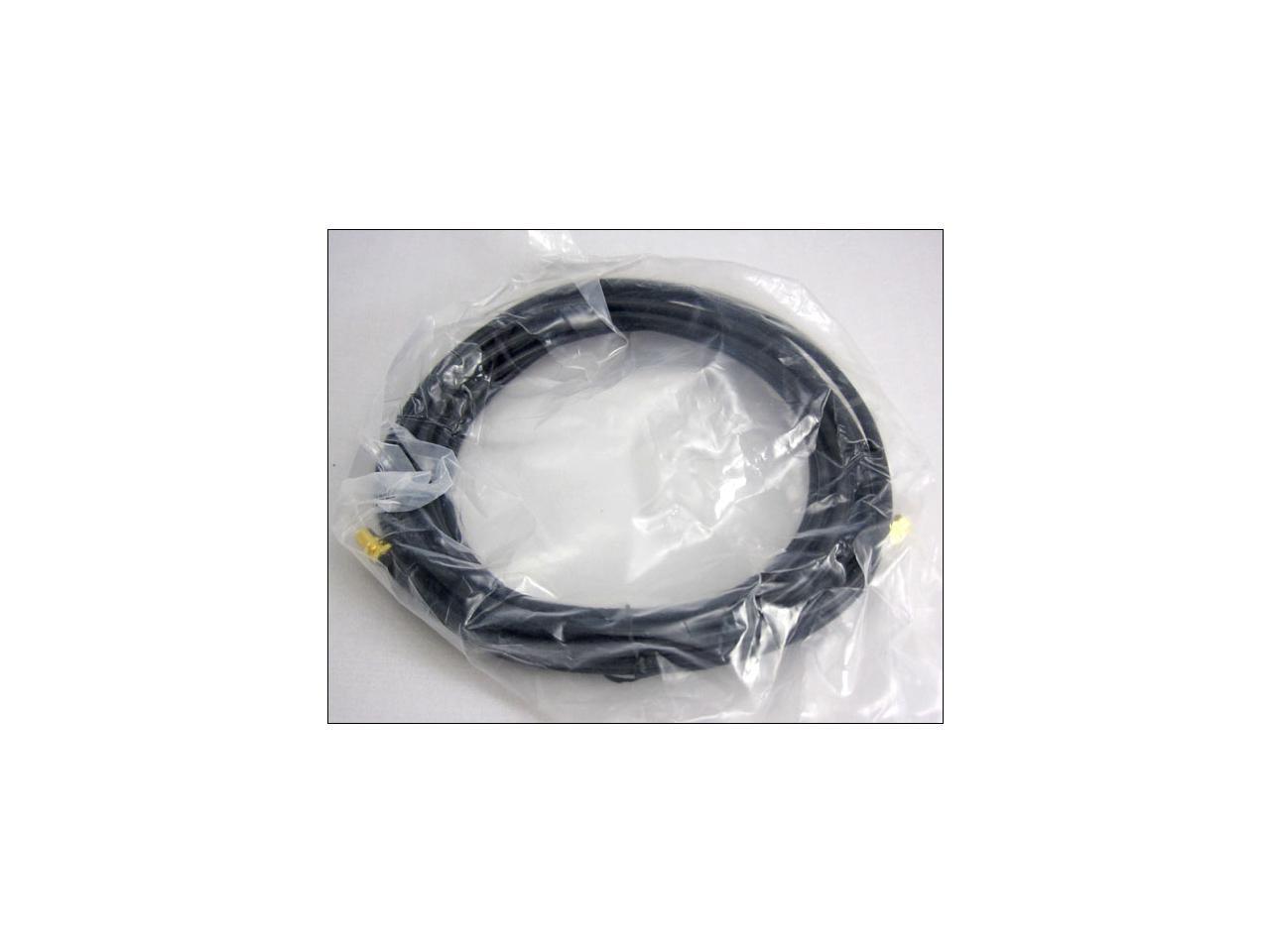 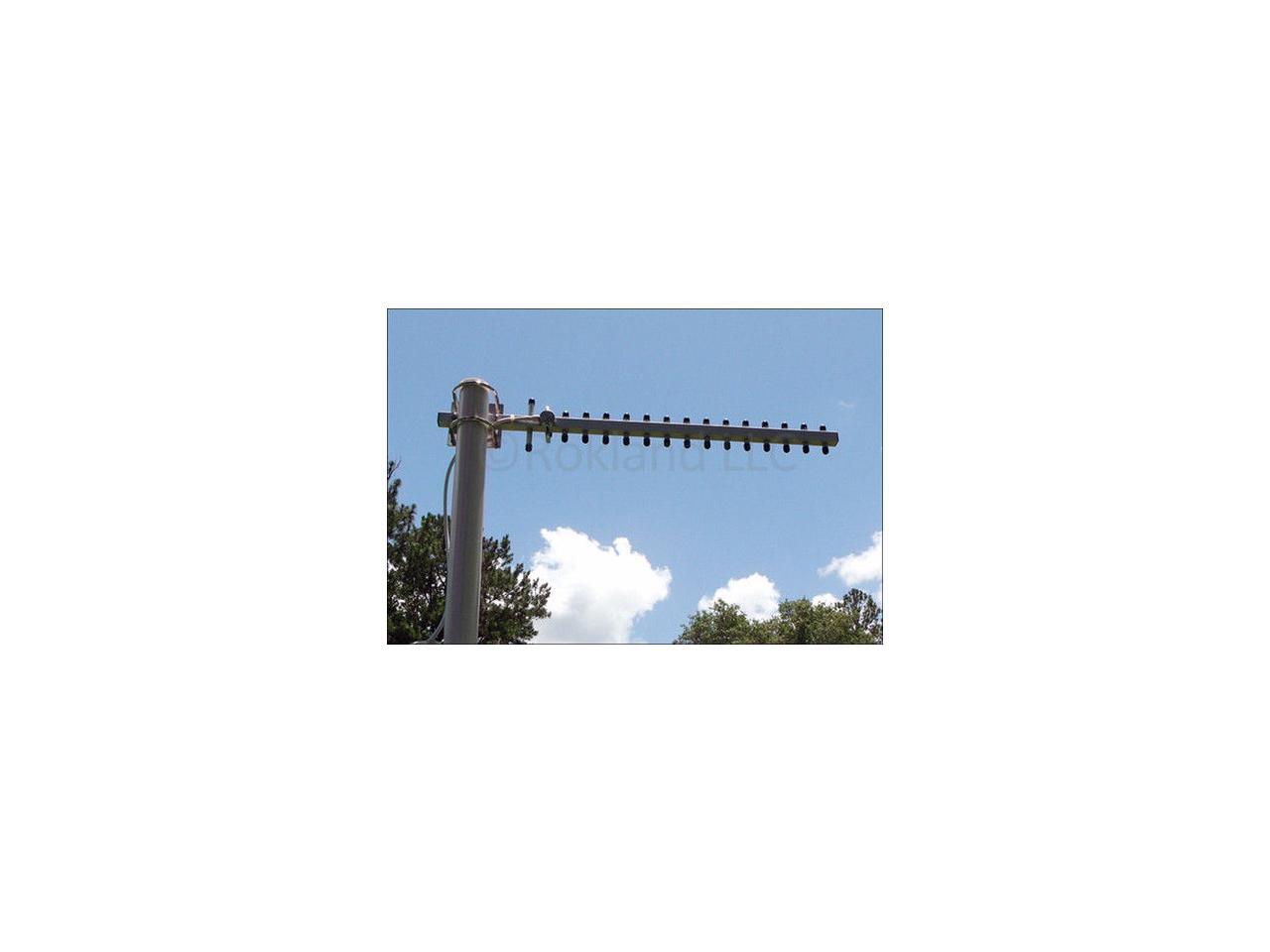 (1) Write a Review
In stock.
Ships from United States.
Most customers receive within 4-7 days.
LOADING...
Overview
Specs
Reviews
This deal includes (1x) Alfa AWUS036NH v2 USB Wi-Fi adapter, (1x) 16 dBi gain outdoor directional yagi antenna, and (1x) 16-foot LMR-200 shielded antenna extension cable to go between the Wi-Fi adapter and antenna. The Alfa AWUS036NH is new in retail box with USB cable and 5 dBi gain factory antenna. Here are some more details about each item.
Alfa AWUS036NH USB adapter: New in retail box with a stunning 2000mW of RF output power. This is 802.11 n compatible. Because this is a USB adapter, it works on any computer (desktop or laptop) that has a USB port. This is compatible with Windows XP, Vista, Windows 7 and Windows 8, Linux (kernel 2.6. 6 and later) via the included CD-ROM. It also works with Windows 10 via download. That being said, we should note that our technical staff can only provide advanced support for Windows operating systems. 16 dBi outdoor
Wi-Fi yagi directional antenna: This is a 16 unit directional yagi antenna with RP-SMA antenna connector. It comes with mounting equipment and is 23 inches long. This antenna is ideal for outdoor mounting. Directional antennas concentrate gain in one particular direction and can do a better job at piercing obstacles in a particular direction, providing you with better distance and signal. Note that the antenna should be mounted in an outward direction so the length of the antenna is parallel to the ground. You do not want to have the antenna pointing directly upward or downward, as that will negatively impact performance. Because of the way these antennas are designed, we do not recommend using them indoors. The yagi antenna should have some open area between it and the very first obstacle between the antenna and the source AP. If you place the yagi right up against an obstacle, that will also negatively impact performance. A trial-and-error process may be necessary to determine the optimal location and position. 5m (16') LMR-200 RP-SMA male to
RP-SMA female antenna extension cable: This is a low-loss RP-SMA male to RP-SMA female extension cable with LMR-200 shielding. The cable is 5m long (~16 feet) and has an RP-SMA male connector on one end (which is used to connect to devices such as PCI and USB wireless adapters that have RP-SMA antenna ports on them) and a RP-SMA female connector on the other end (this would be the end to which you would connect an RP-SMA antenna). We recommend this extension cable compared to some others online because this has a special low-loss cable. What does this mean? The antenna to which you will connect this has a gain. Let's say for example you will be connecting this to a 9 dBi gain antenna. As the cable in between the antenna and adapter gets longer, you will experience cable loss, which is a drop in the signal gain of the antenna. With low quality extension cables, the huge drop in gain will mean a much lesser range. Our special low loss LMR-200 shielded cable limits the cable loss factor.

Pros: Got this for someone who lives on a boat at a dock, and has to get his wi-fi from building about 200 ft.or so away. Managed to get a full stable signal .Where previously he kept loosing the signal. It is very directional. mounted easily

Cons: remember it very directional but that's what we needed

Overall Review: Would recommend this product