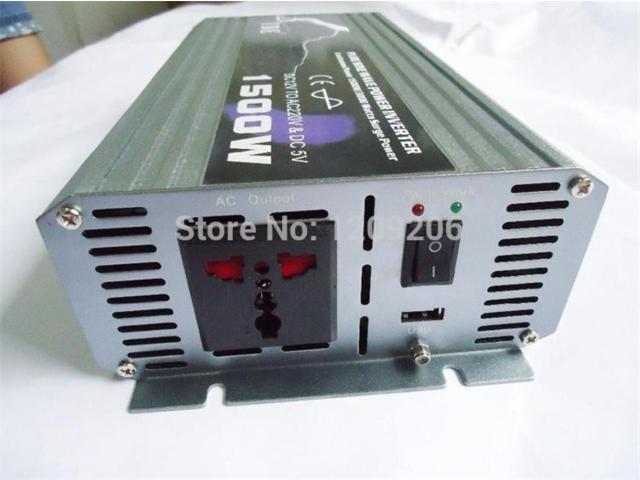 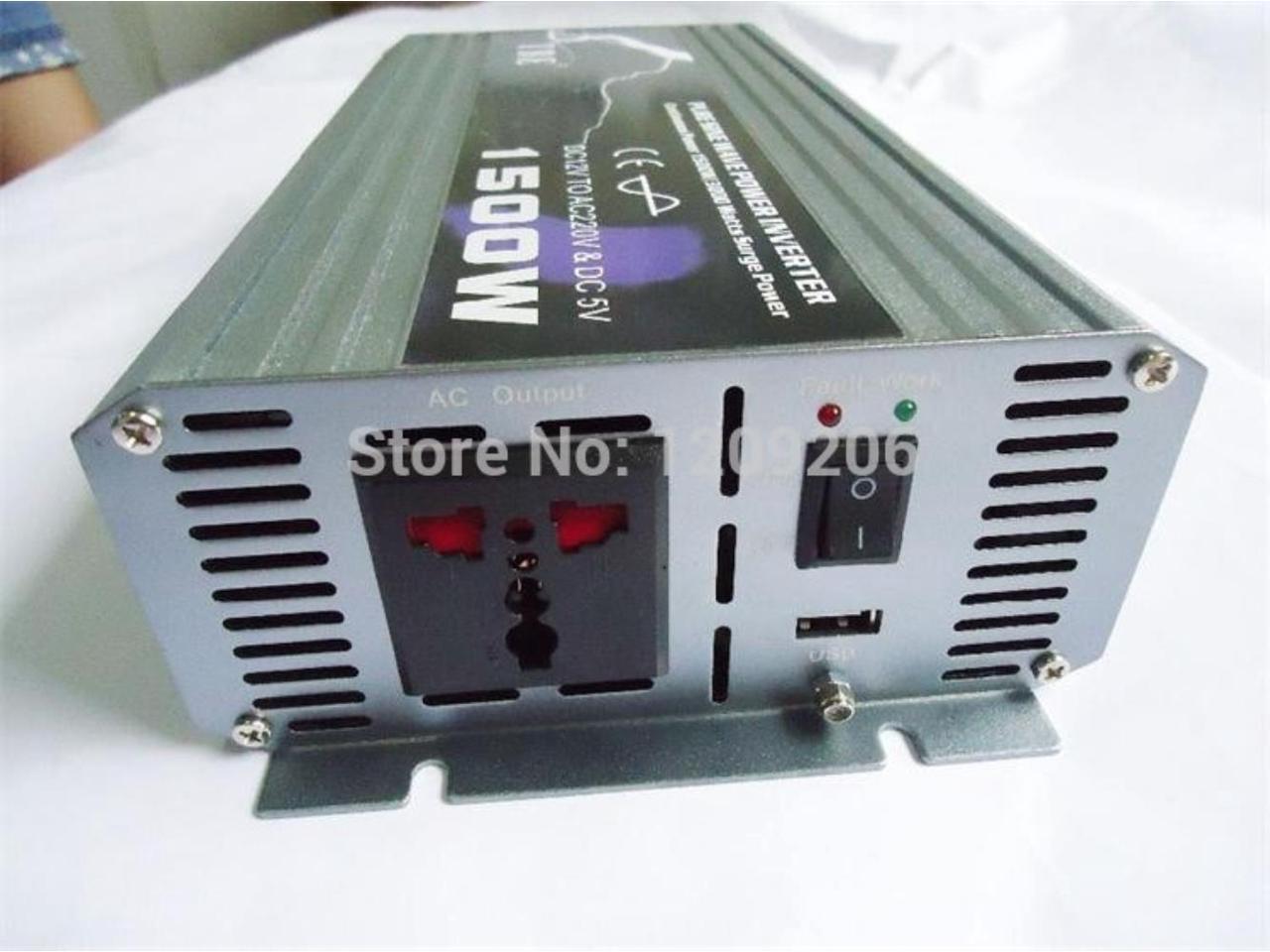 1500w 1500W watt Pure Sine Wave Power Inverter Converter 12v DC to 220V AC 50HZ Car inverter
Peak power 3000w(just 2-3 seconds)
Applications:
Railway power generation, industrial control, communications exchage.
Automotive, civil office, industrial and the agricultural sector, the military medical field, vessel traffic.
Solar power, wind power, gas power generation.
Efficient conversion
Multiple protection features(Control circuit is simple, reliable and stable)
Features
Net Weight: 2.8 kg
Size: 28.6 * 14.5 * 6.9 cm
How Inverters Work
DC power is steady and continuous, with an electrical charge that flows in only one direction. When the output of DC power is represented on a graph, the result would be a straight line. AC power, on the other hand, flows back and forth in alternating directions so that, when represented on a graph, it appears as a sine wave, with smooth and regular peaks and valleys. A power inverter uses electronic circuits to cause the DC power flow to change directions, making it alternate like AC power. These oscillations are rough and tend to create a square waveform rather than a rounded one, so filters are required to smooth out the wave, allowing it to be used by more electronic devices.
Types of Inverters
Most modern power inverters produce either modified square (or modified sine) waves, or pure sine (or true sine) waves. Modified square wave inverters don't provide the smooth peaks and valleys that AC power from a home's electrical outlet does, but it can deliver power that is consistent and efficient enough to run most devices. This type of inverter is relatively inexpensive, and probably the most popular type.
Pure sine wave inverters are the most expensive, but they also deliver the smoothest and most even wave output. Any device will run on a pure sine wave, but some sensitive equipment, li...