Purchases from these Sellers are generally covered under our Newegg Marketplace Guarantee.
15 Ratings (80% Positive)
Sold and shipped by: 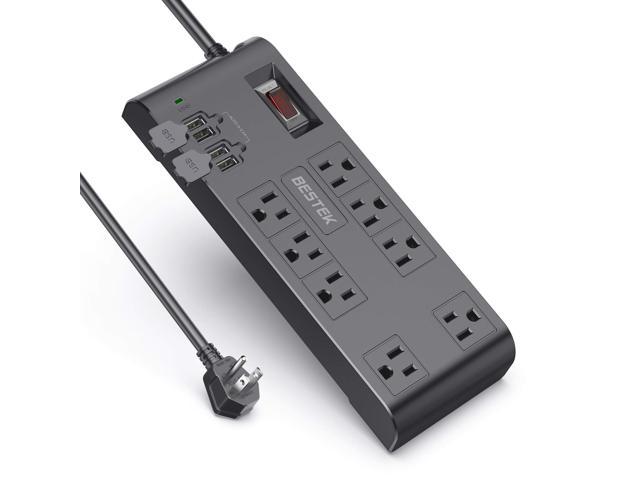 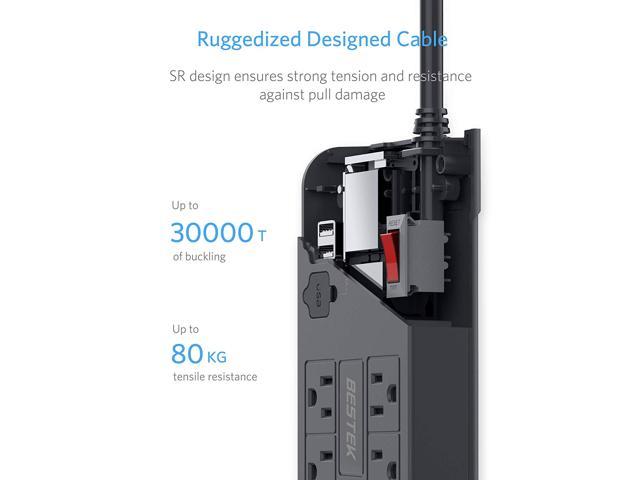 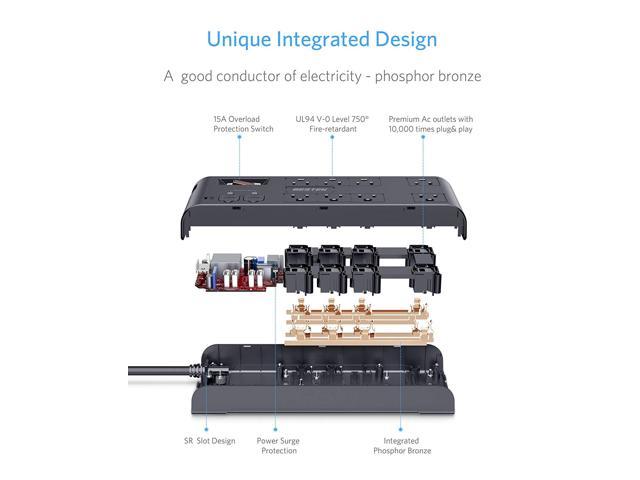 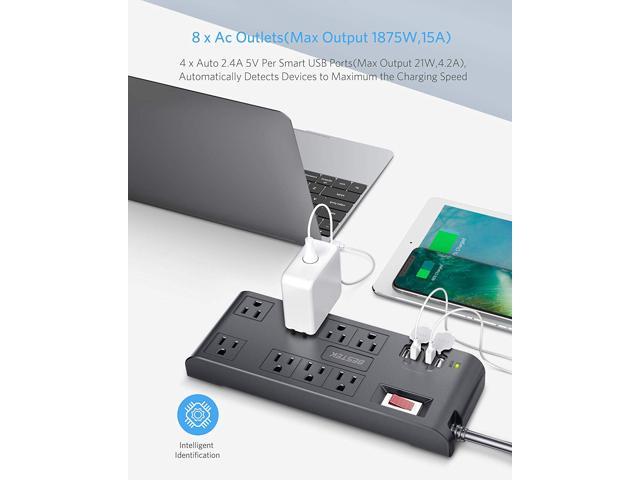 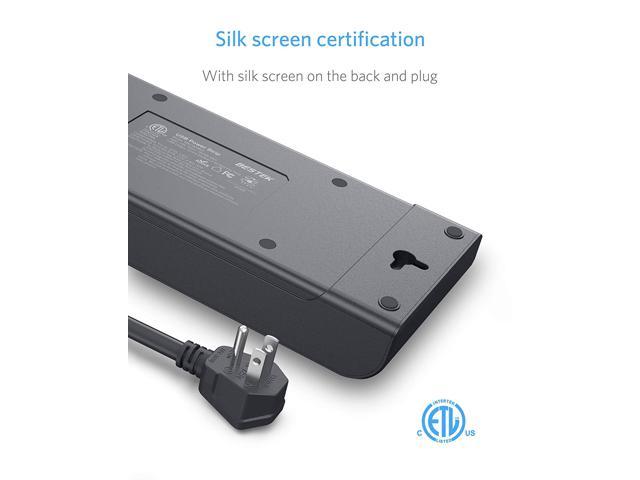 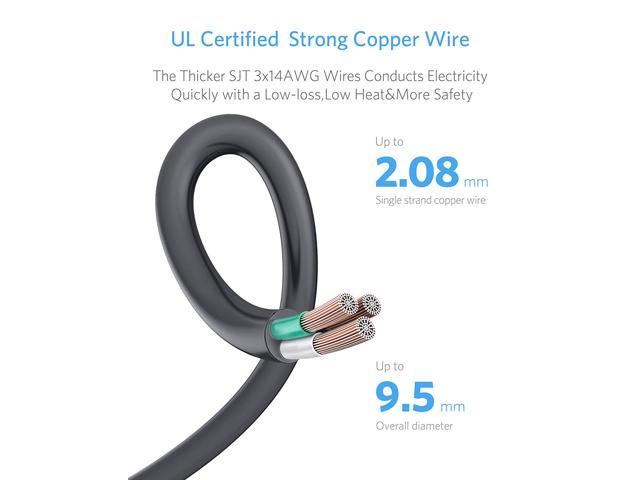 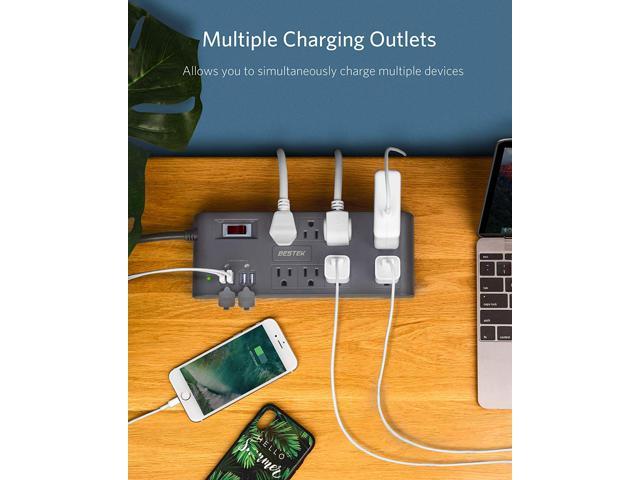 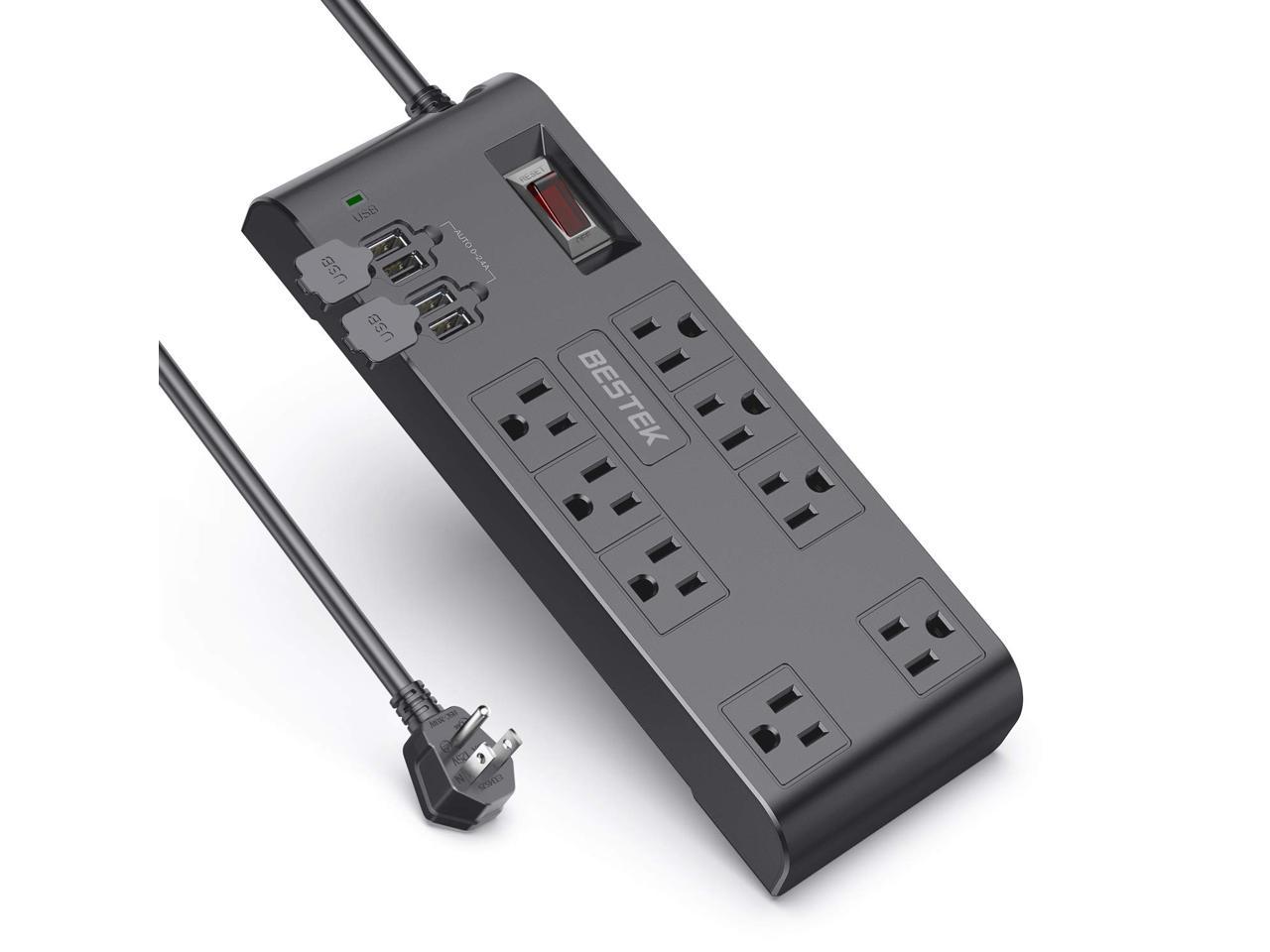 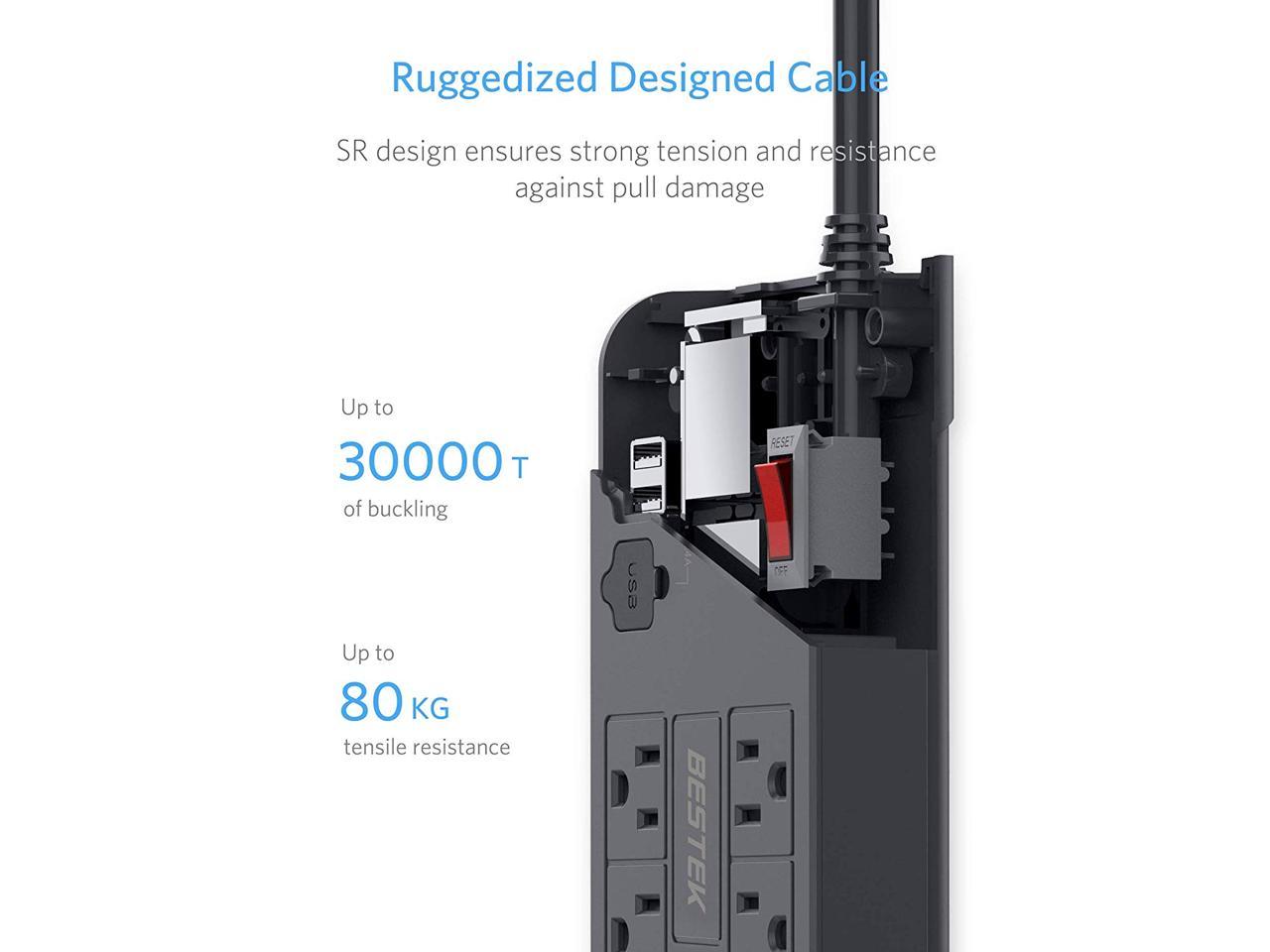 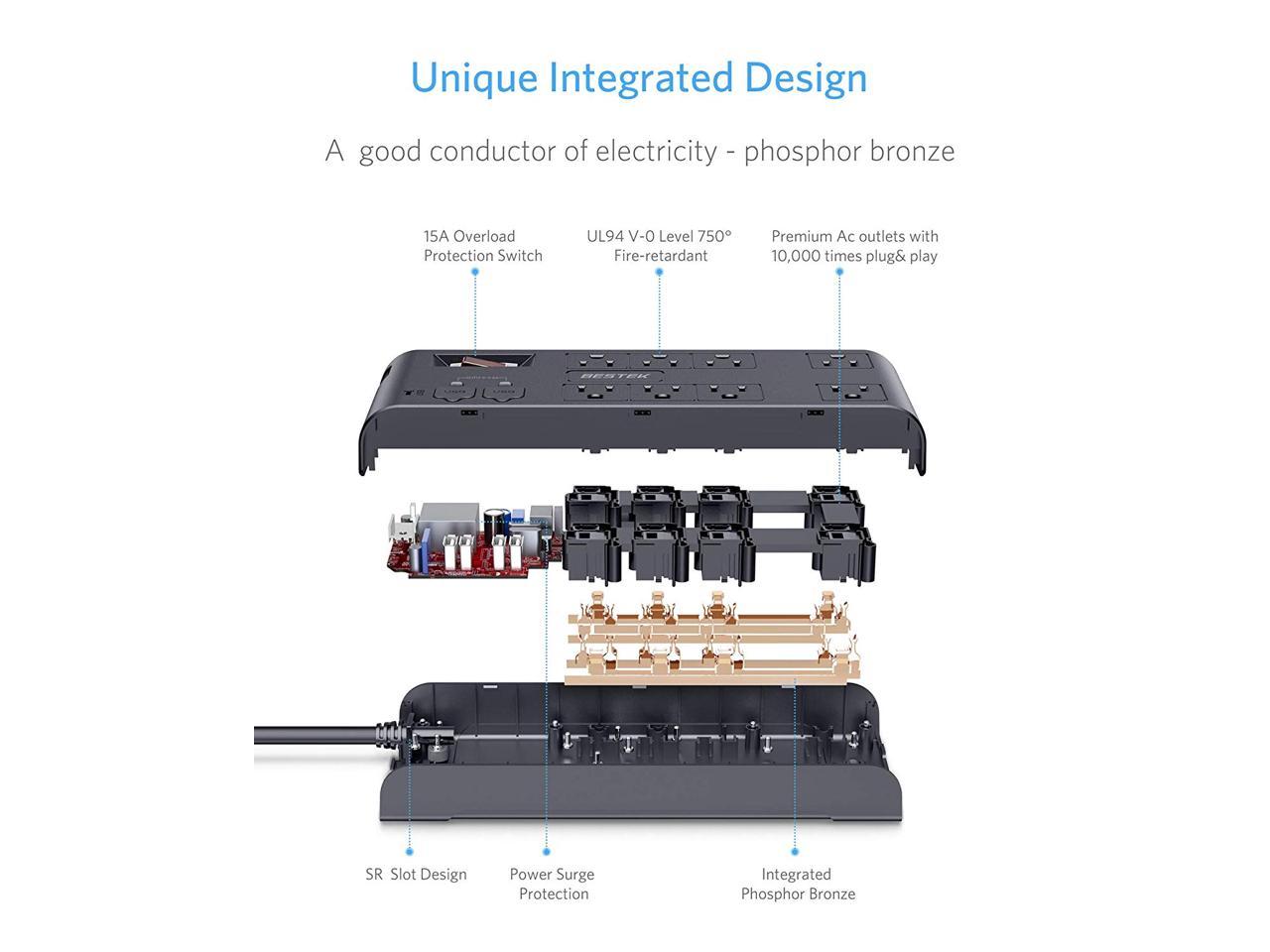 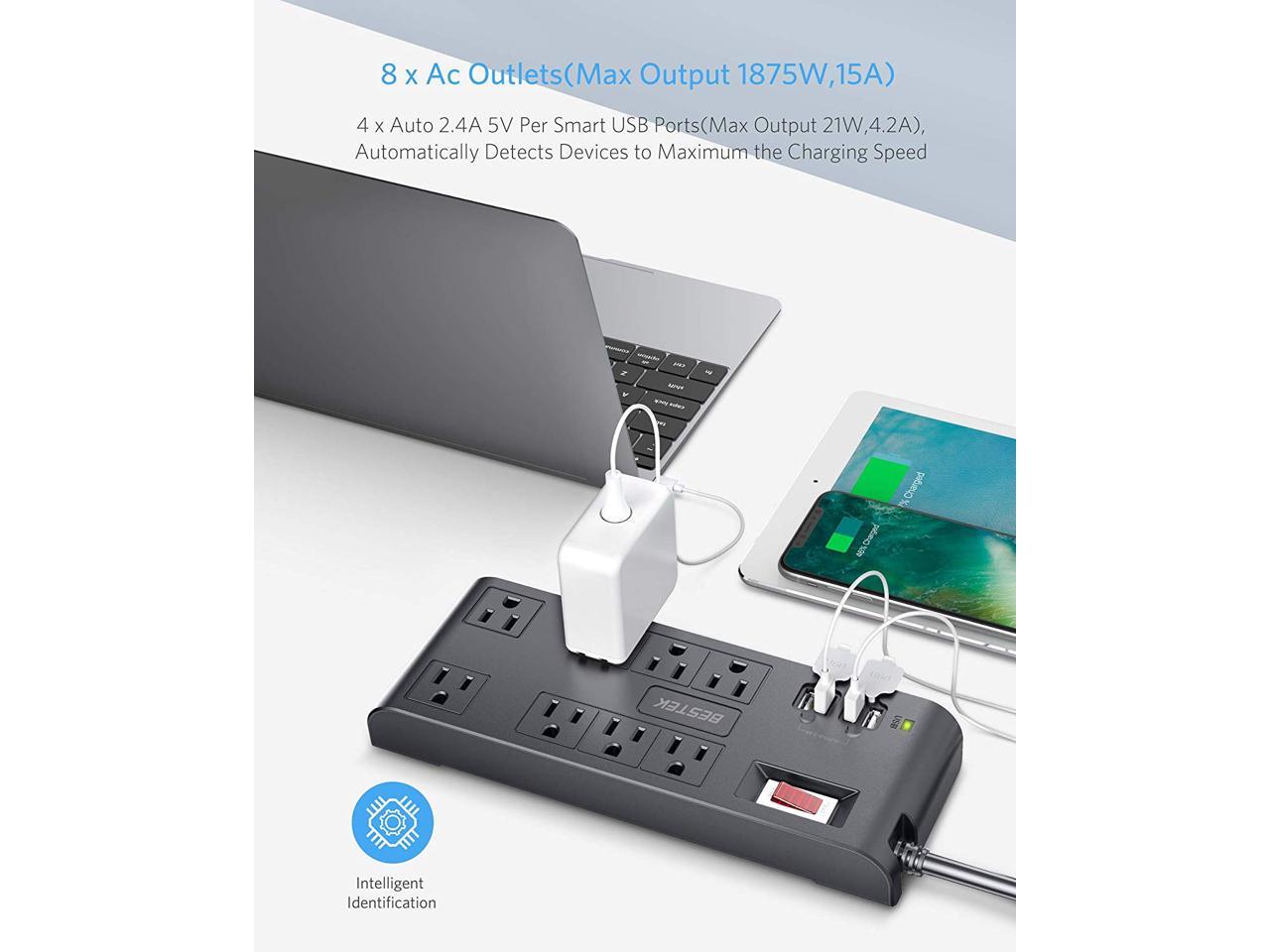 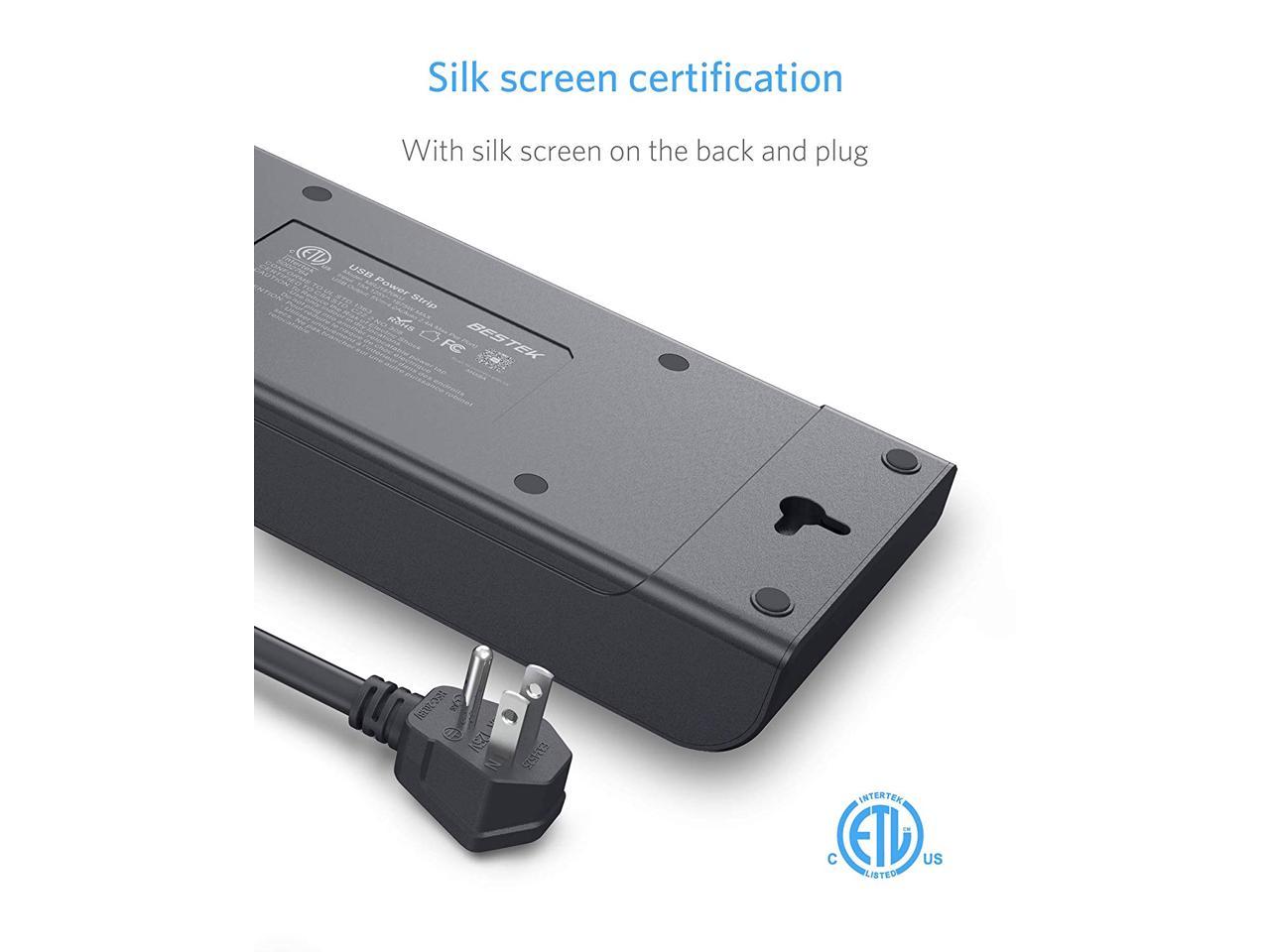 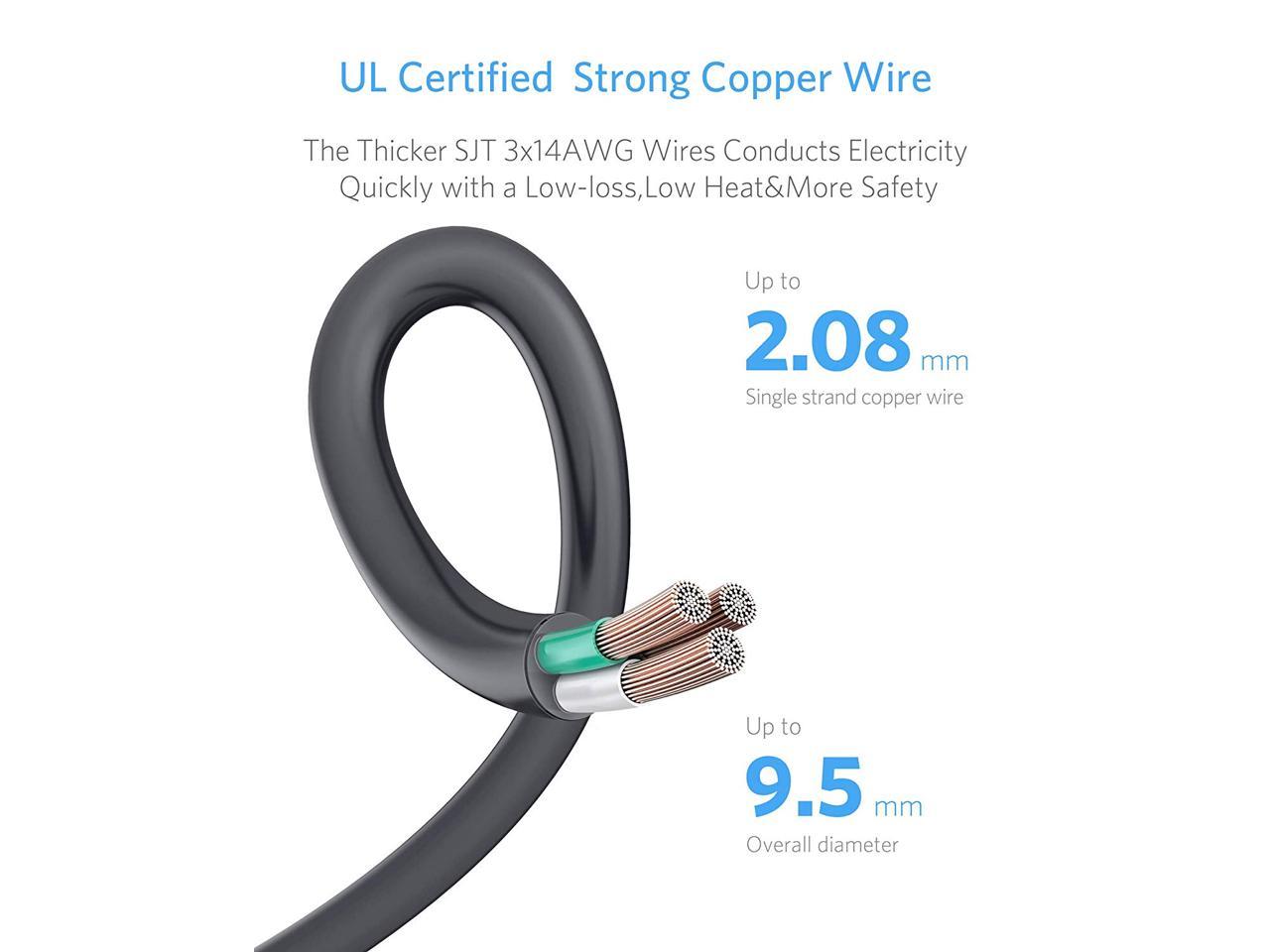 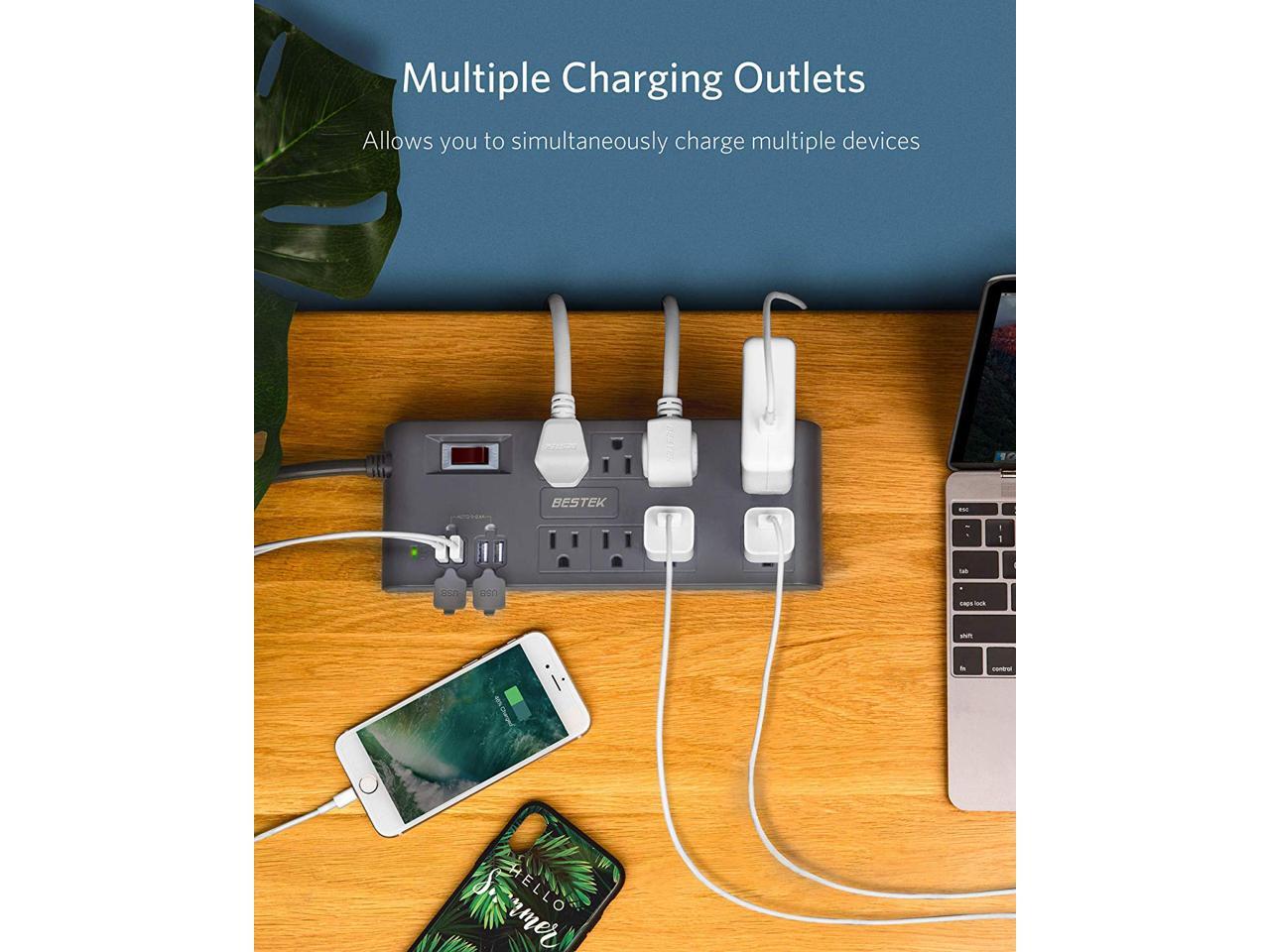 The surge protector has 8 regular outlets with grounds and two are offset by about an inch from the others which will make plugging in those odd shaped, larger plugs much easier. the other 6 outlets are side by side so a fat power adapter will obscure the outlet next to it.The USB ports charge up to 2.4 amps which is more than a cell phone requires and will be sufficient for some laptops.It has a lighted, on/off switch and an LED indicator light for the USB ports. Two Keyhole Slots on the back for mounting easily

The keyhole slots on the back of the power strip allow you to mount it on the wall or baseboard flexibly,or be hang up if need be.

Note:Mount screws is not included! 2 Widely Spaced Outlet Design,Also the spacing of some of the receptacles allow for larger plugs,bulky adapter and chargers.the multi directional layout of the outlets so none are covered over by the neighboring plug.The only thing that would be better is additional outlets facing sideways.The three pronged plugs are spaced nicely. In the event of power overload, the switch will trip off automatically to protect your devices.The switch on top is designed to be perfectly loose, to ensure it won't get stuck after long time of use.You can switch them off when they're not in use - with the red on/off switch.The surge protector has handled multiple devices plus high voltage products all at the same time and has never tripped power.The incoming power lines to feed the bus bars are welded to the copper. Surge protection is provided by some Metal Oxide Varistors which will "short out" if there is a high voltage surge, preventing the surge from reaching the equipment plugged into the power strip.