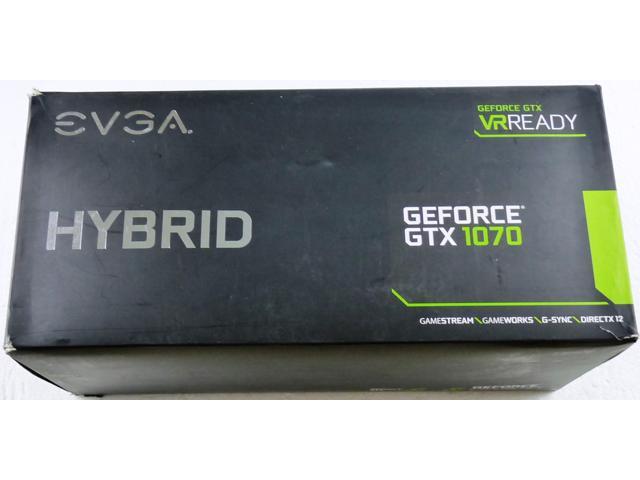 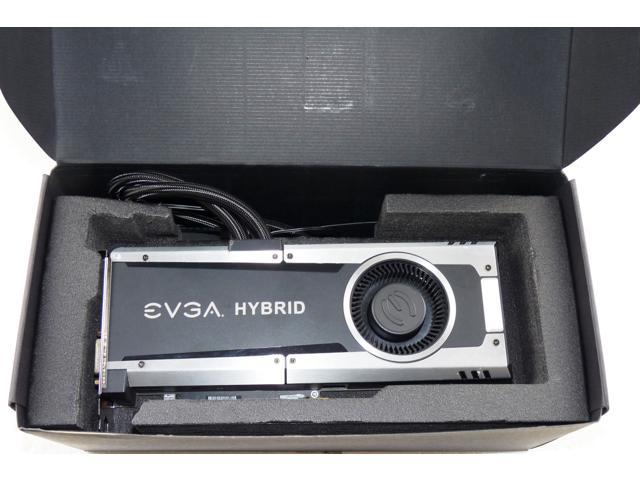 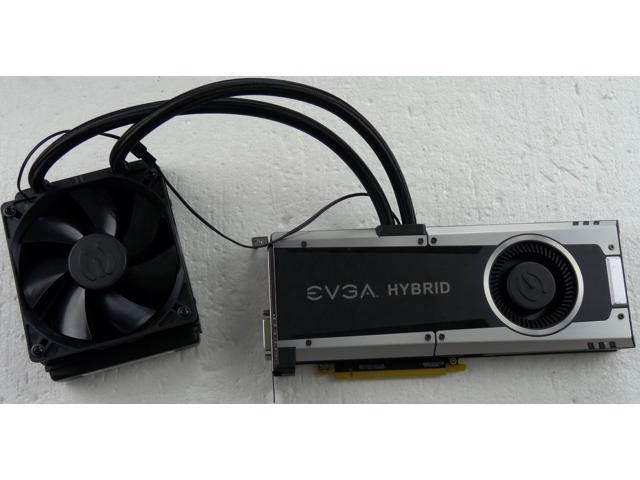 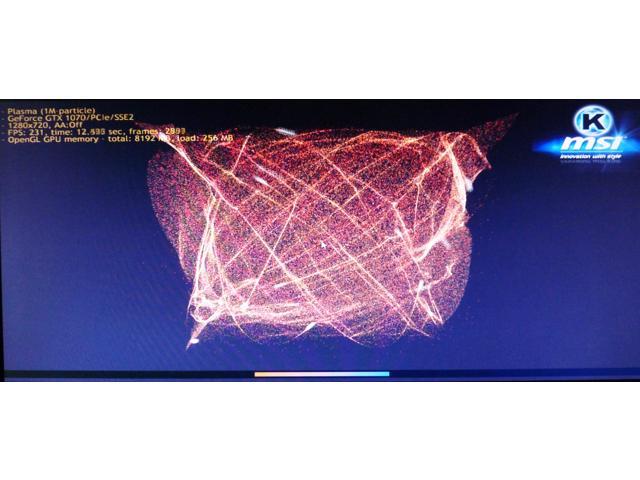 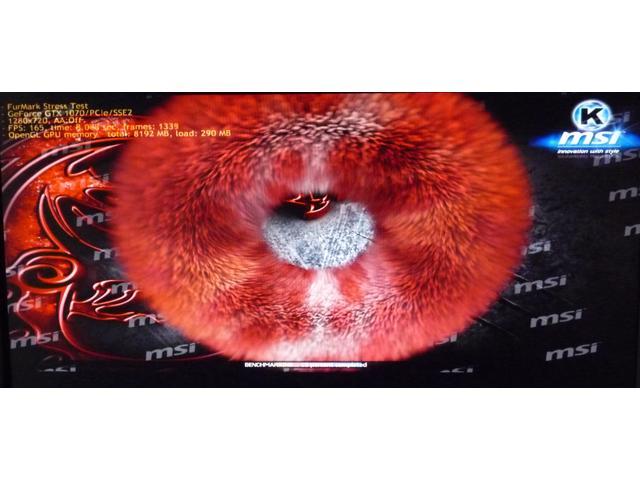 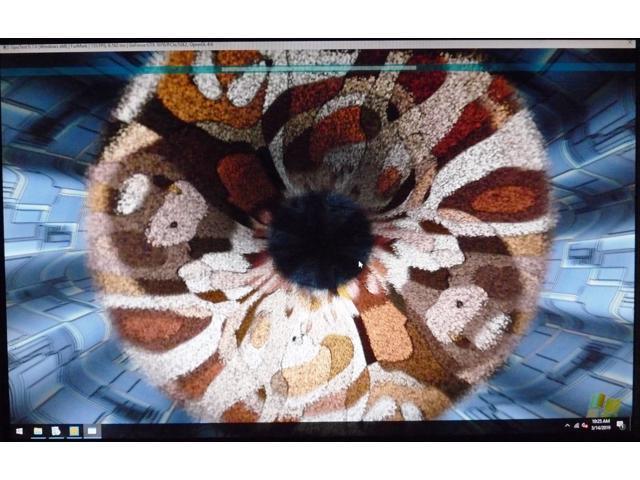 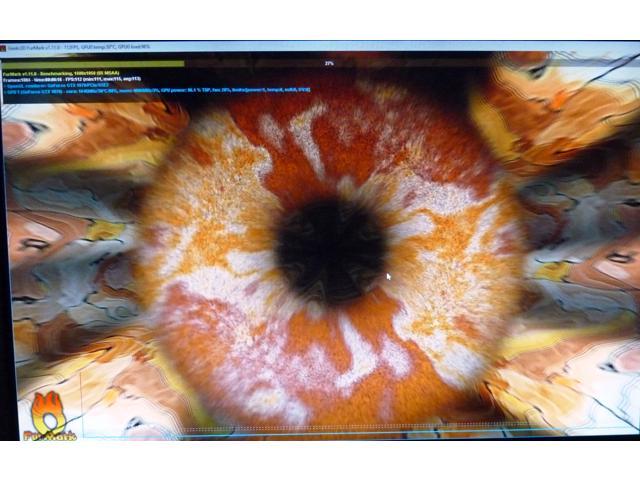 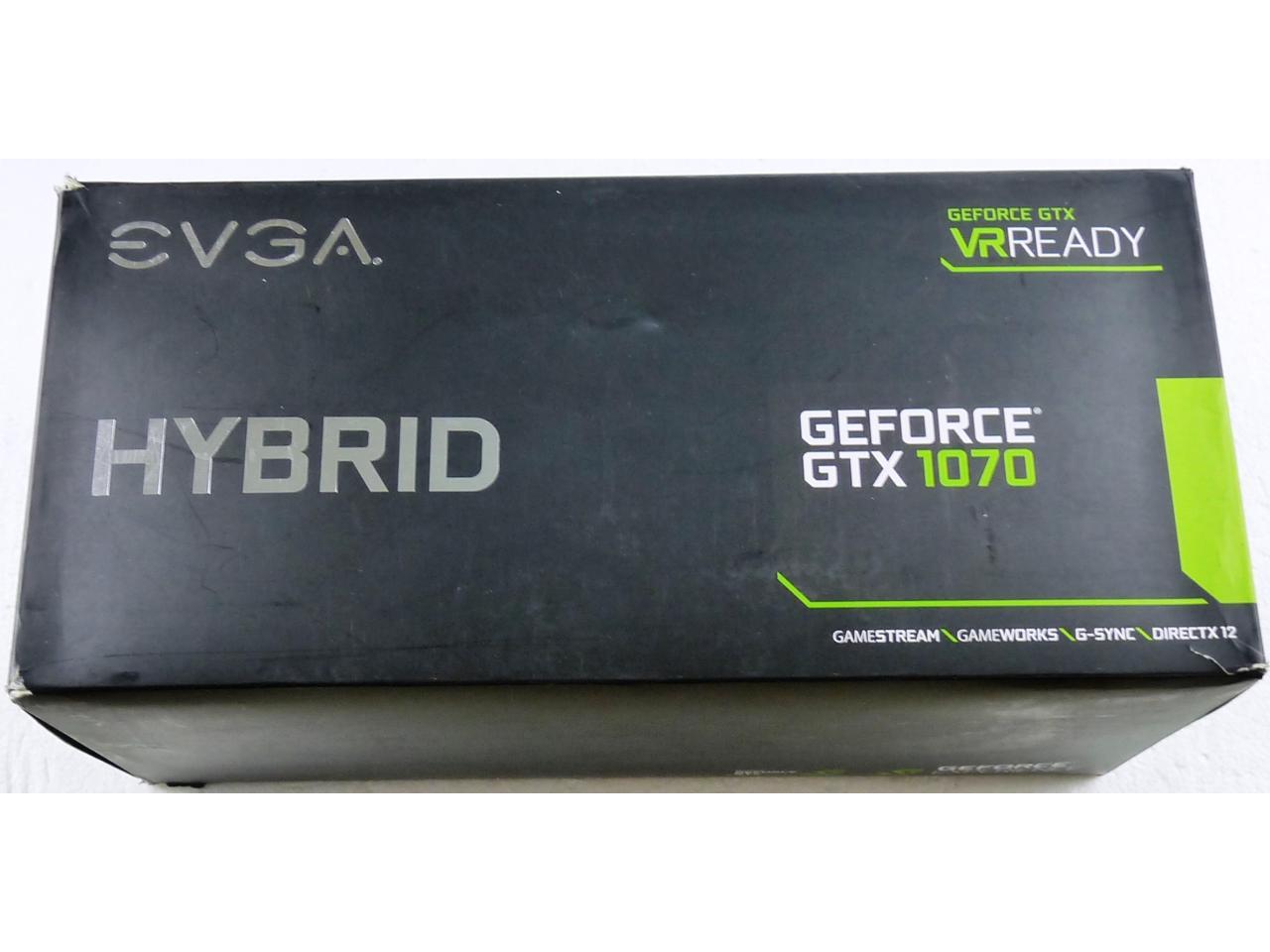 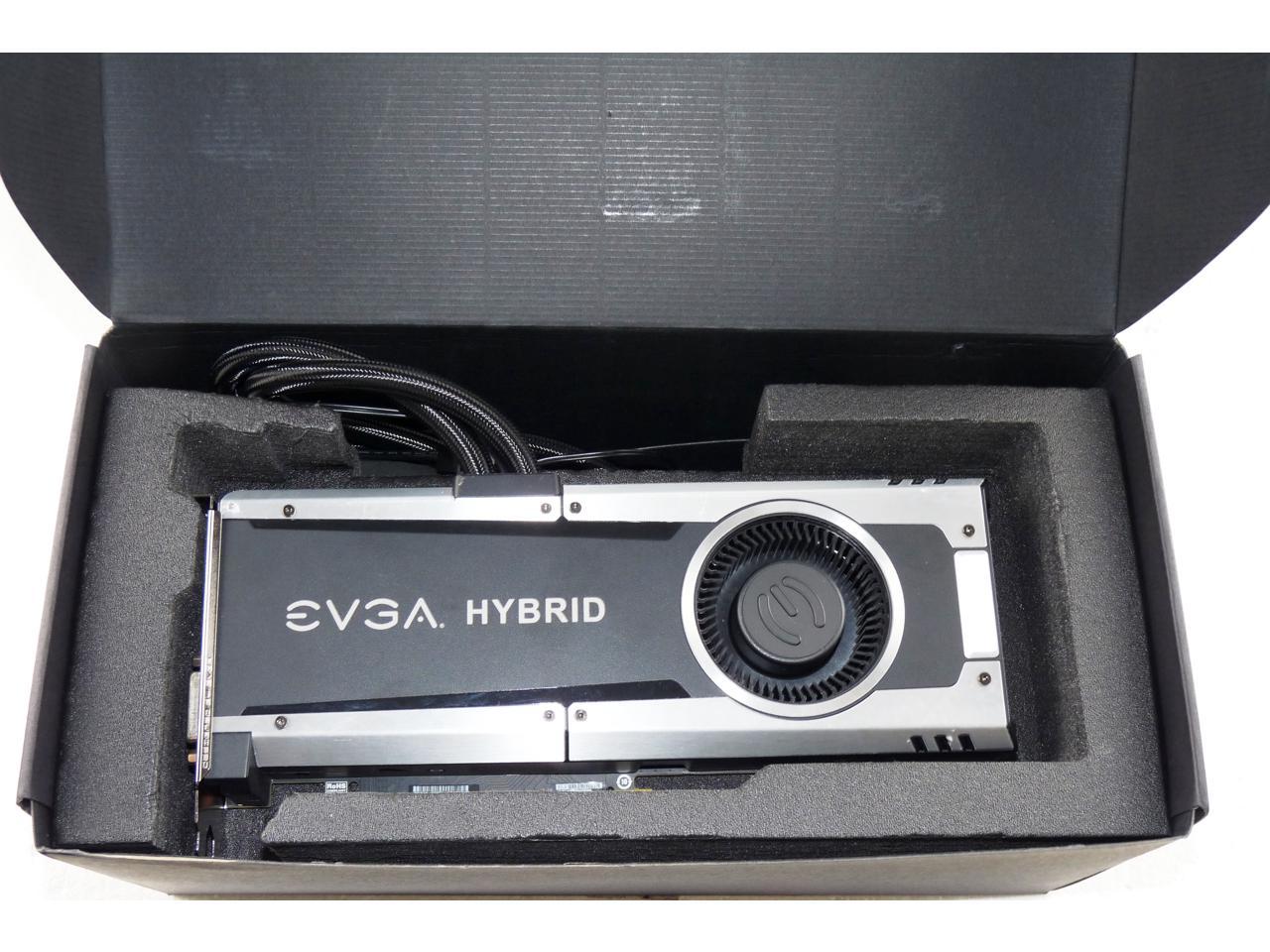 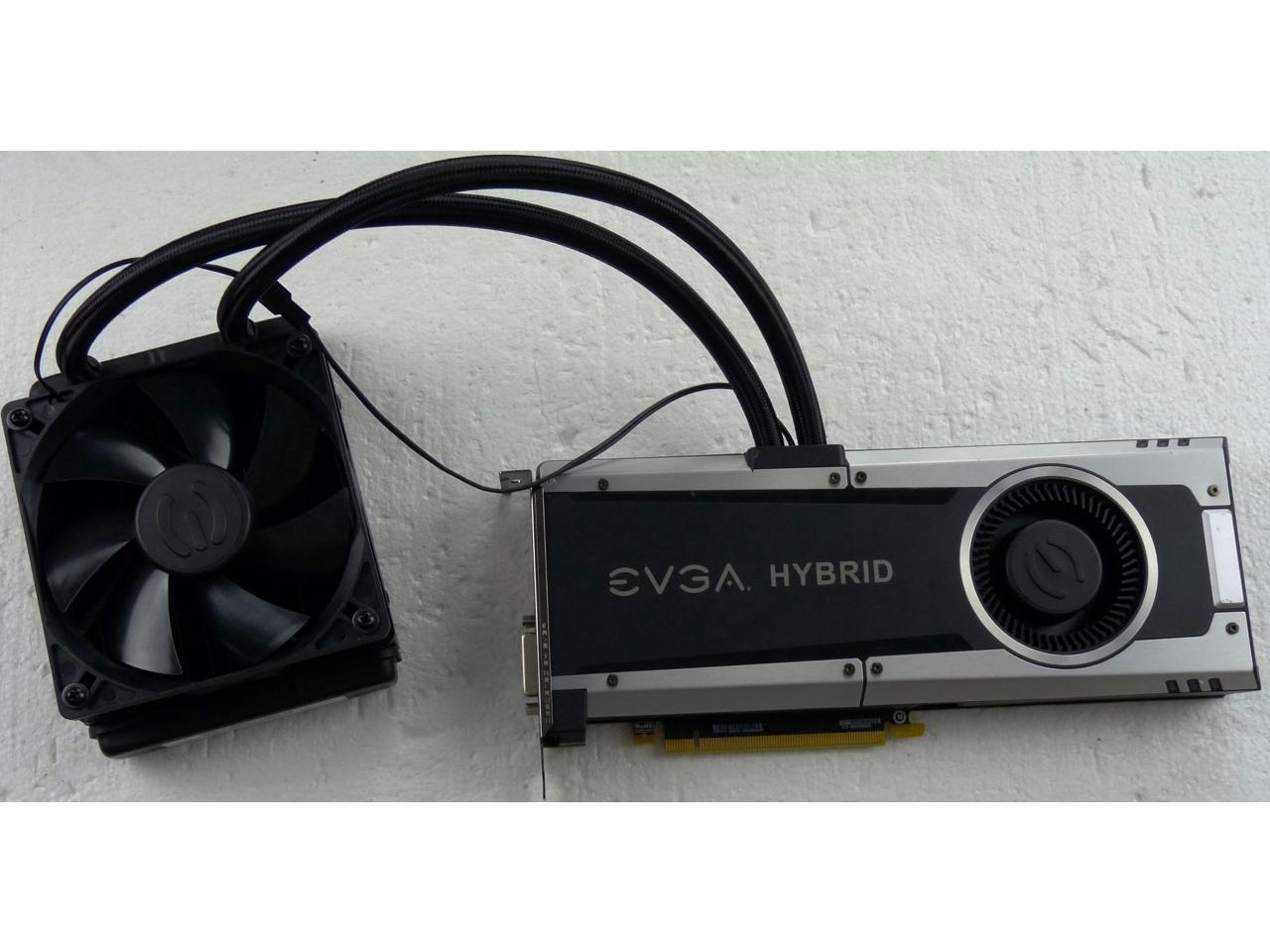 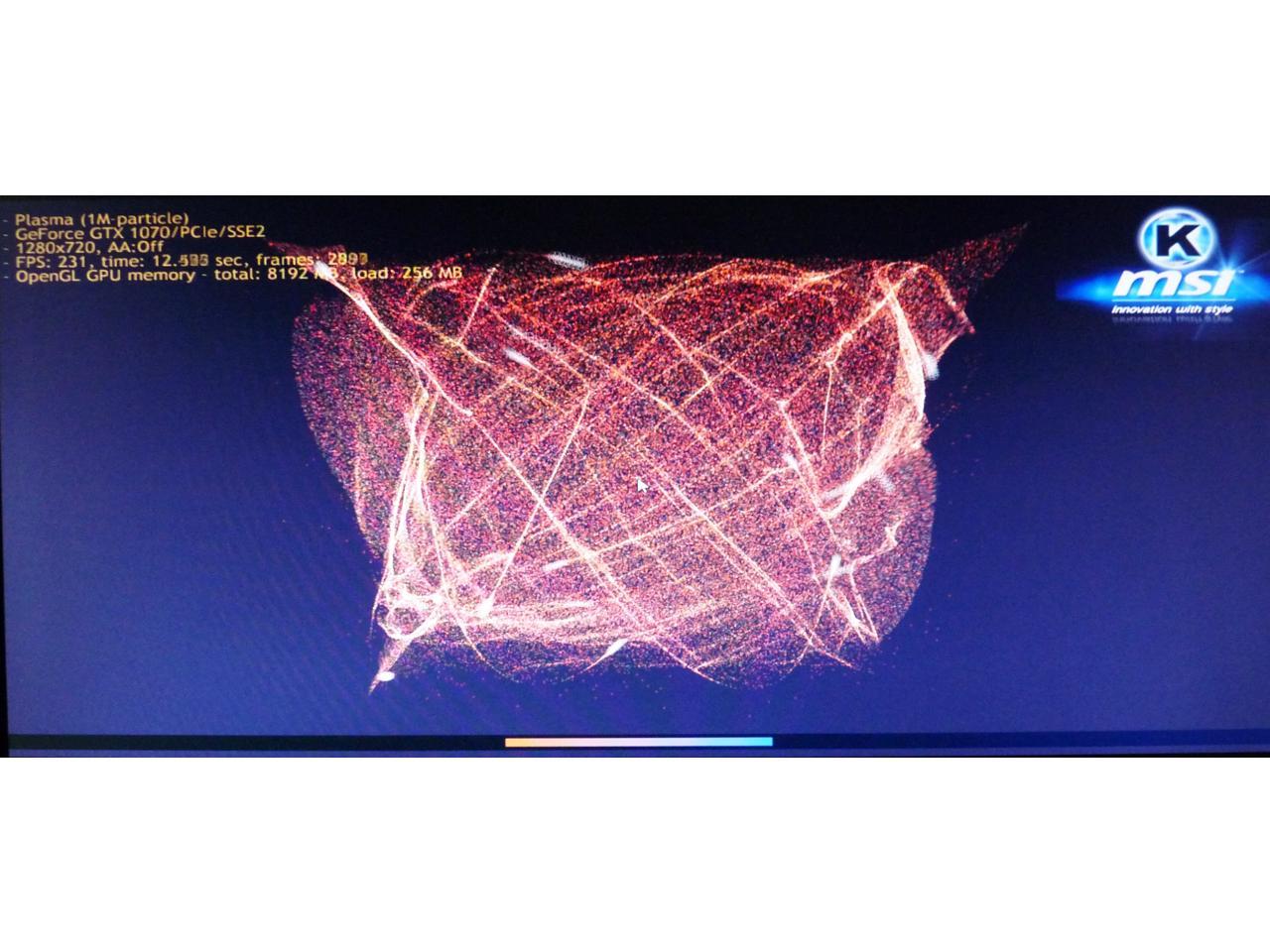 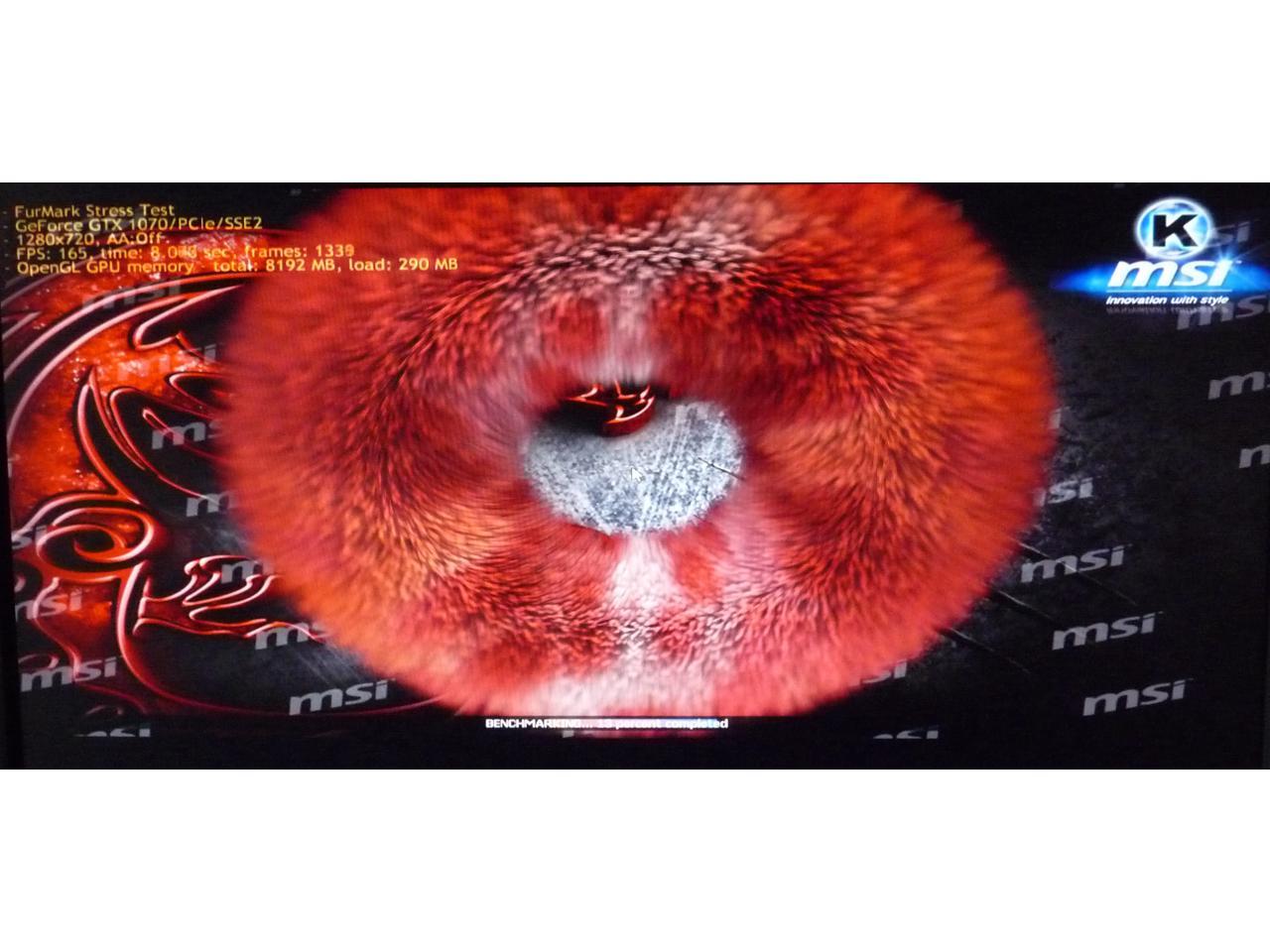 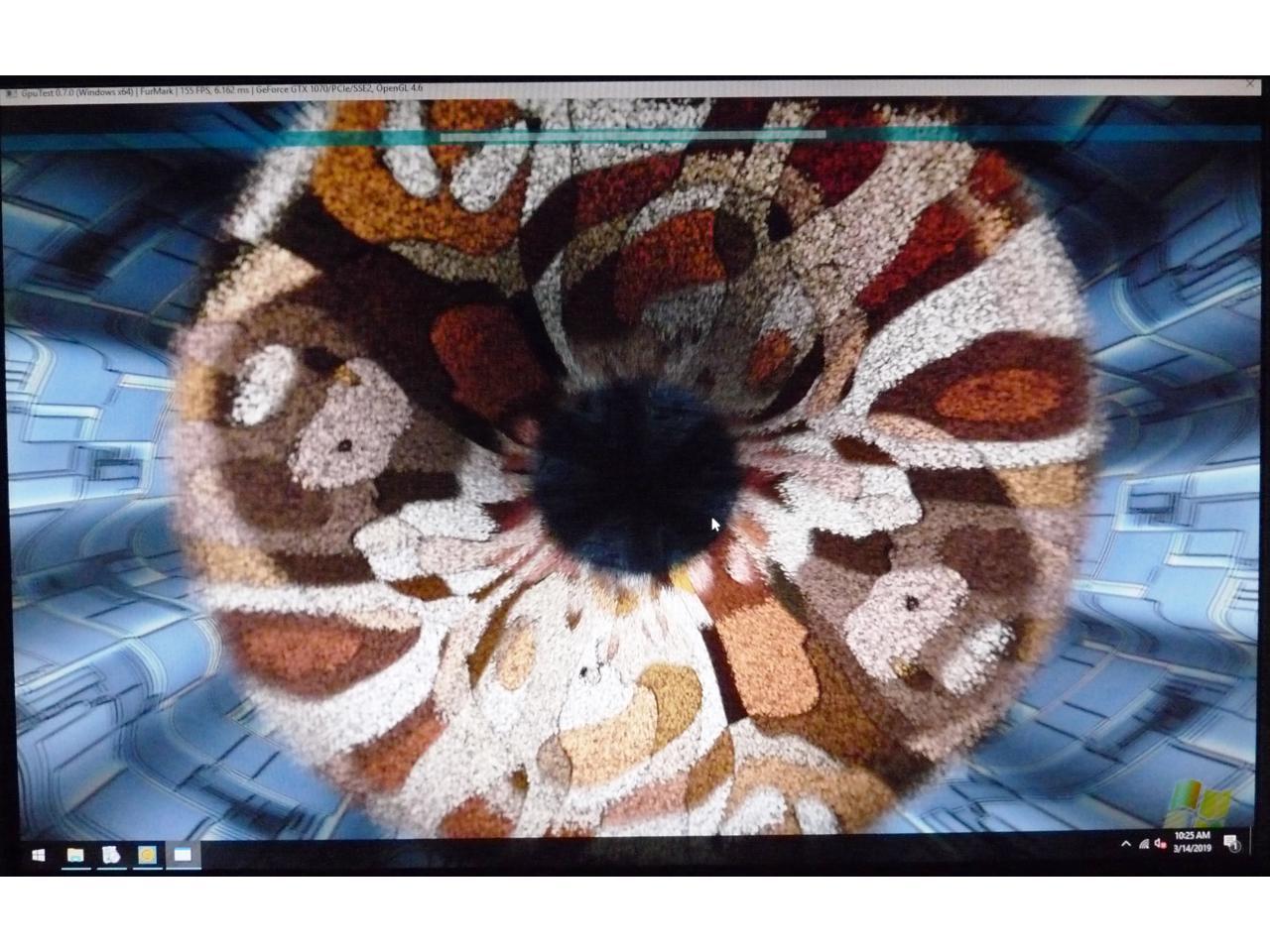 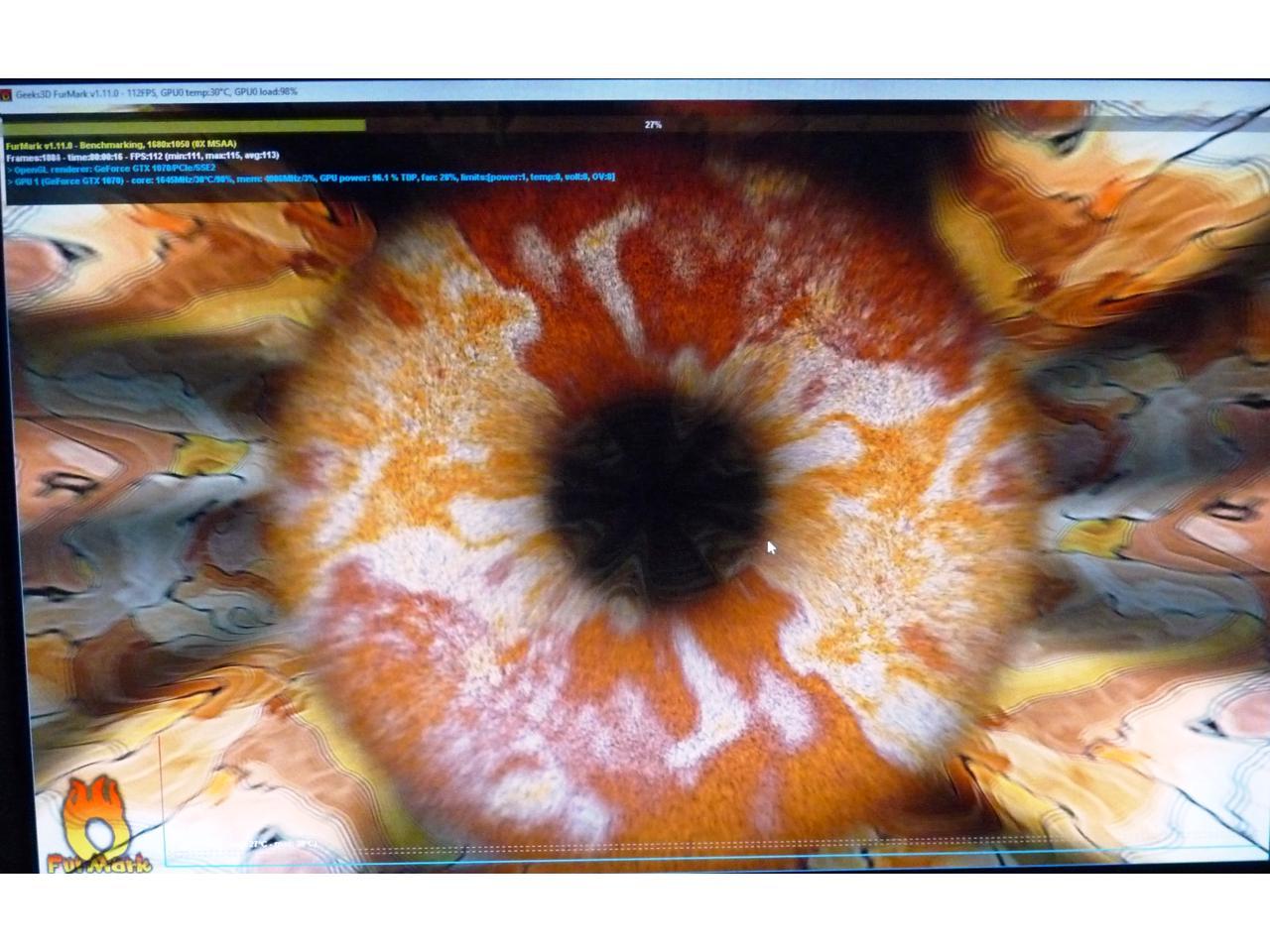 This means the product was tested and repaired as required to meet the standards of the refurbisher, which may or may not be the original manufacturer. Any exceptions to the condition of the item outside the manufacturer’s information should be provided in the listing, up to and including warranty details.
Be the first to review this product...
See more "evga gtx 1070"
In stock.
Ships from China.
Most customers receive within 4-17 days.
Overview
Specs
Reviews
With a slightly overclocked core and based on NVIDIA's Pascal architecture, the EVGA GeForce GTX 1070 HYBRID GAMING Graphics Card provides major improvements in performance, memory bandwidth, and power efficiency over its predecessor, the high-performance Maxwell architecture. It also introduces innovative graphics features and technologies that redefine the computer as the platform for playing AAA games and taking full advantage of virtual reality via NVIDIA VRWorks. The front panel of the card features a variety of outputs. There are three DisplayPort 1.4 outputs in addition to an HDMI 2.0 b output and a DVI-D Dual-Link output.

The GTX 1070 is not just about high-resolution gaming. Computationally intensive programs can utilize the GPU's 1920 cores to accelerate tasks using CUDA or other APIs. For cooling, EVGA features a 120mm fan and radiator as well as a closed loop liquid cooling system. The copper base can efficiently transfer heat to the circulation pump. Since it is a closed loop system, it does not require additional maintenance or assembly. VRWorks VRWorks Graphics includes a simultaneous multi-projection capability that renders natively to the unique dimensions of VR displays instead of traditional 2D monitors.

It also renders geometry for the left and right eyes simultaneously in a single pass. VRWorks Audio uses the NVIDIA OptiX ray-tracing engine to trace the path of sounds across an environment in real-time, fully reflecting the size, shape, and material of the virtual world. NVIDIA PhysX for VR detects when a hand controller interacts with a virtual object, and enables the game engine to provide a physically accurate visual and haptic response. It also models the physical behavior of the virtual world around the user so that all interactions -- whether an explosion or a hand splashing through water -- behave as if in the real world.

NVIDIA Ansel With Ansel, gamers can compose the gameplay shots they want, pointing the camera in any direction and from any vantage point within a gaming world. They can capture screenshots at up to 32 times the screen resolution, and then zoom in where they choose without losing fidelity. With photo-filters, they can add effects in real-time before taking the shot. And they can capture 360-degree stereo photospheres for viewing in a VR headset or Google Cardboard. CUDA With CUDA, NVIDIA allows applications to hand off CPU-intensive tasks to the GPU.

Your GPU is no longer just used for rendering graphics, but it can provide teraflops of floating point performance and accelerate application tasks, from real-time video rendering to fluid dynamics simulation. CUDA is used in many applications and games. G-SYNC Ready When used with a monitor that has G-SYNC hardware installed, the monitor's refresh rate will sync and lock with the graphics card's output frame rate. Establishing this sync removes tearing and stuttering which can result from conventional fixed screen refresh rates, especially important for gaming in stereoscopic 3D. An additional benefit of G-SYNC is reduced lag so gamers will benefit from the improved command response time as well.