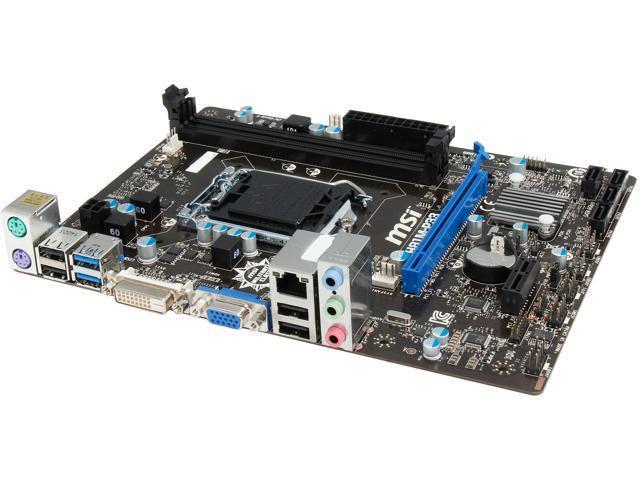 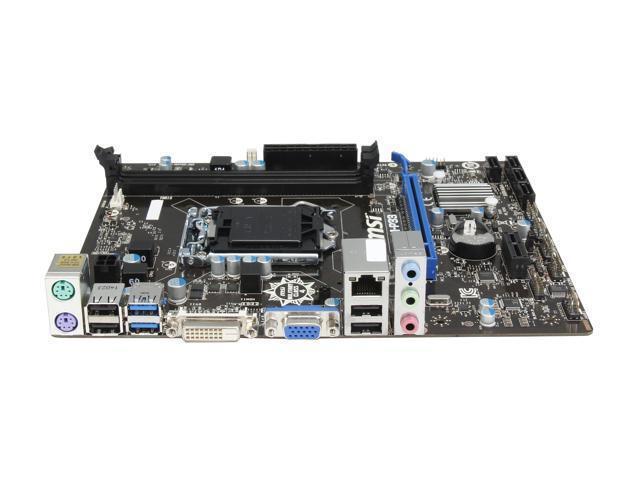 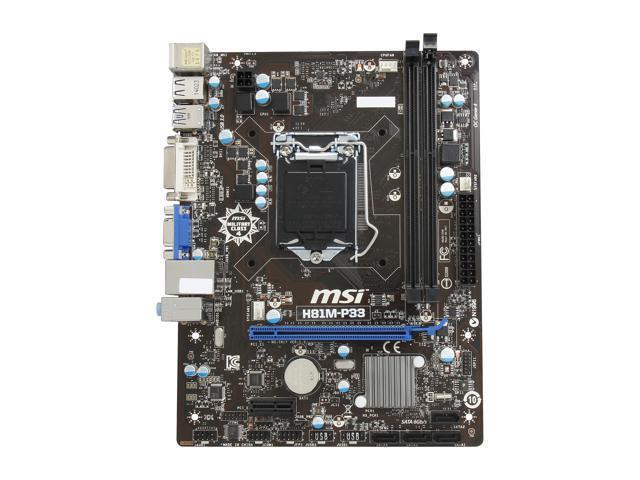 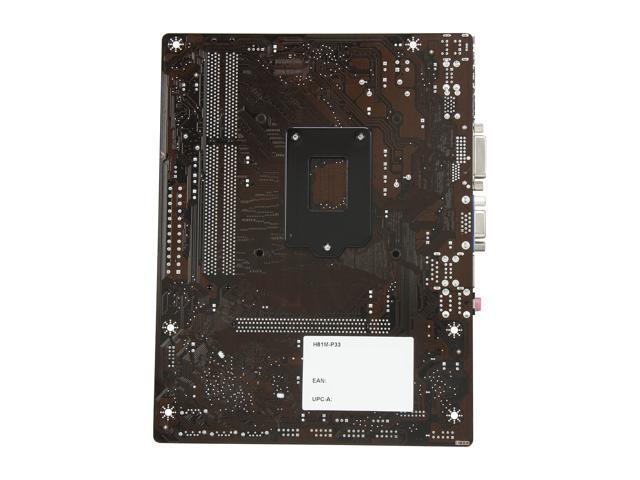 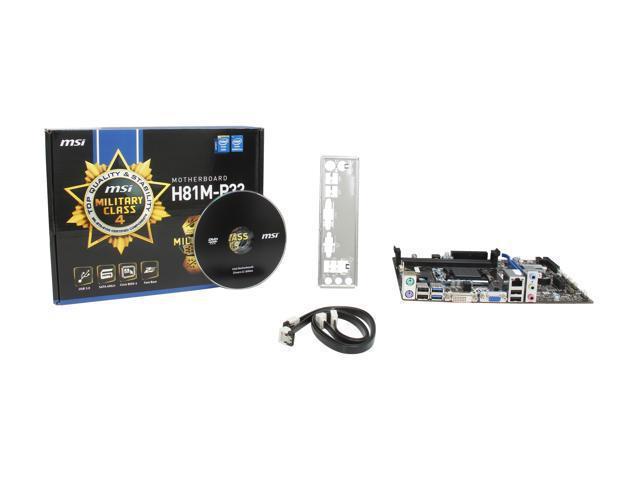 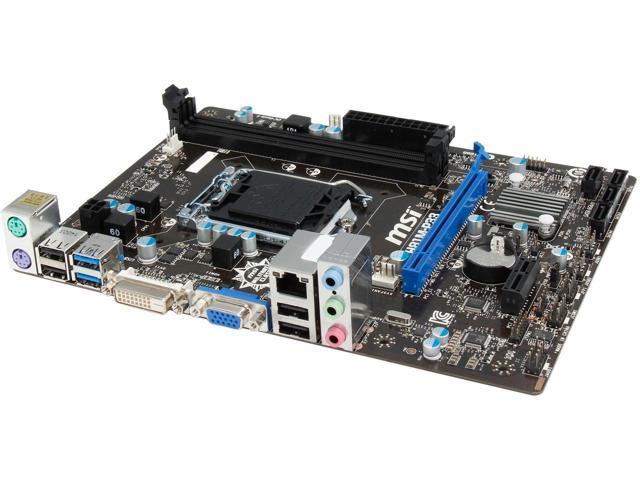 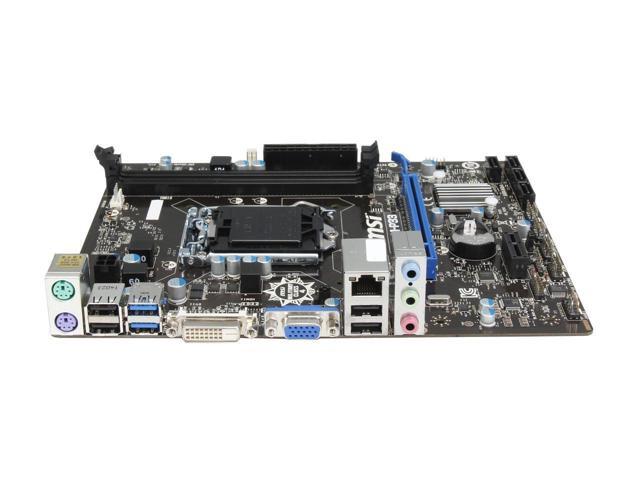 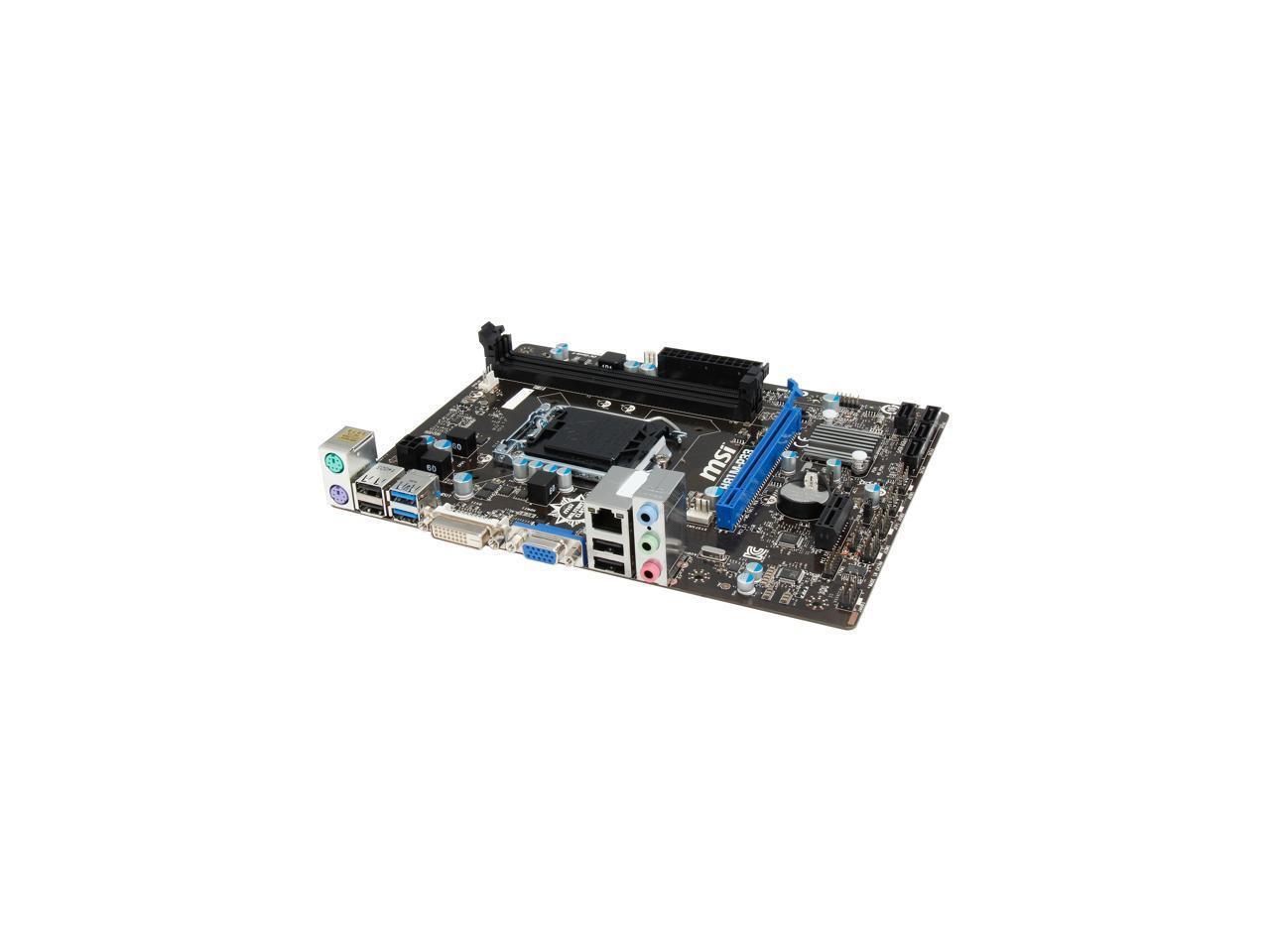 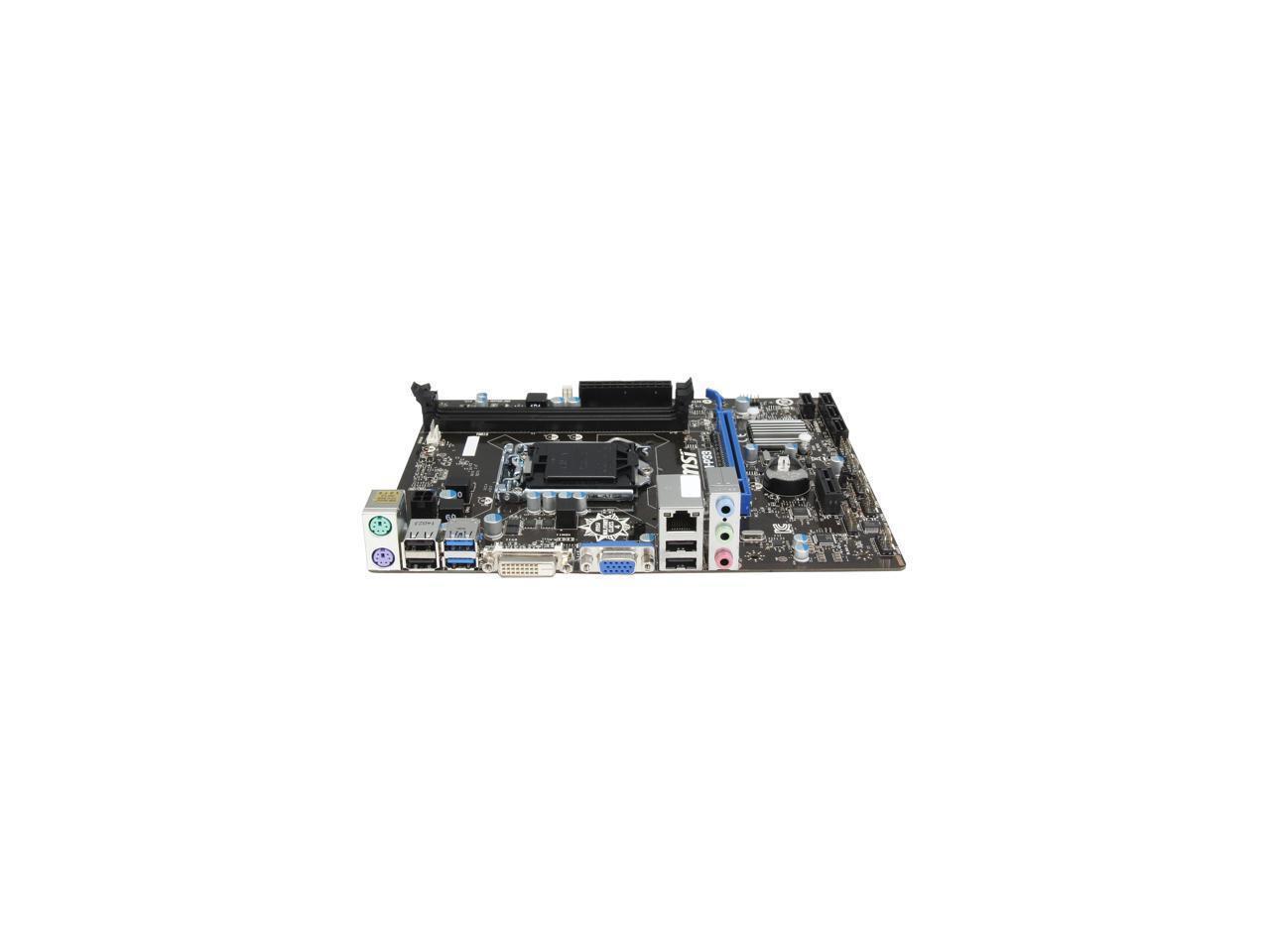 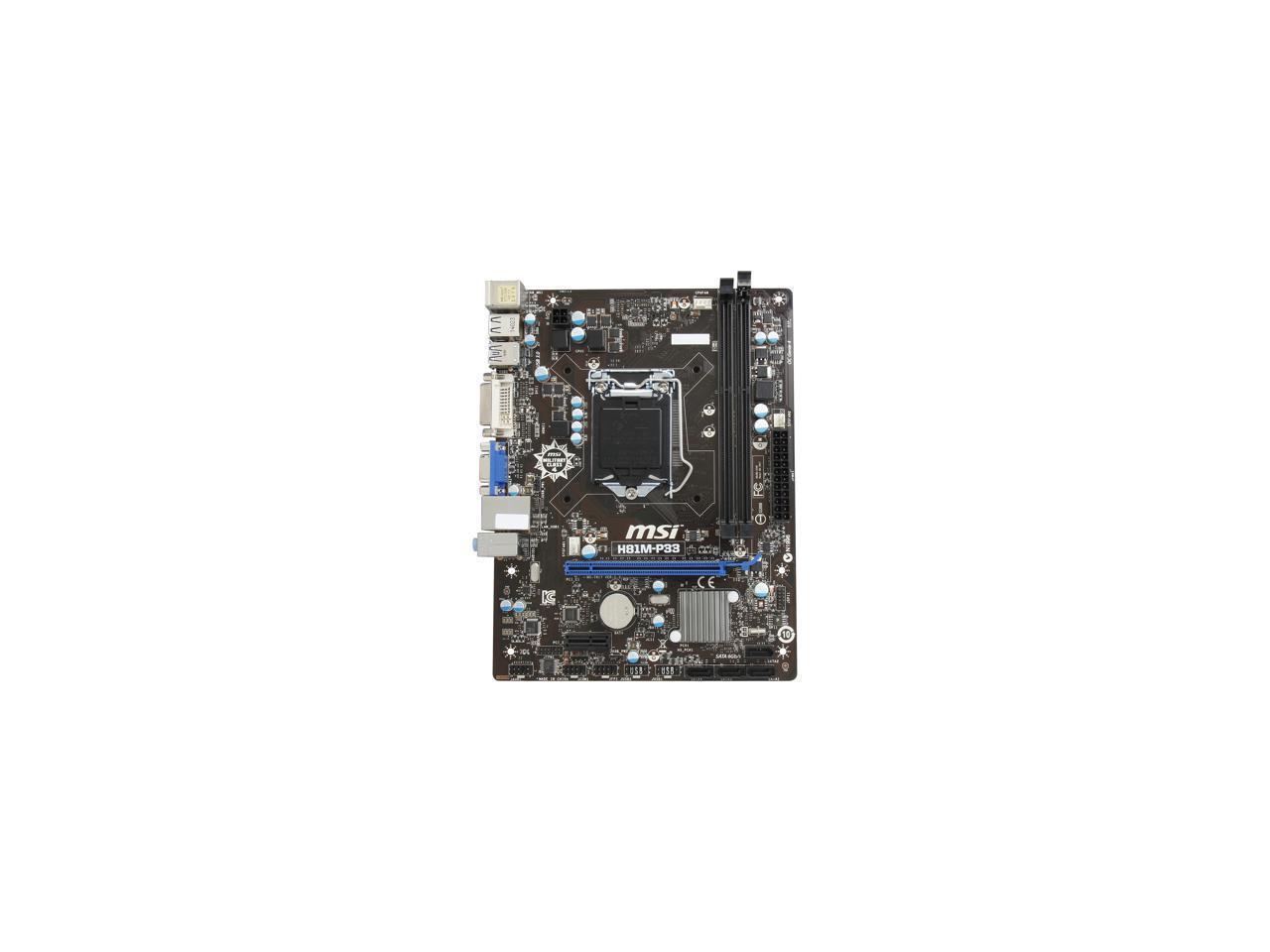 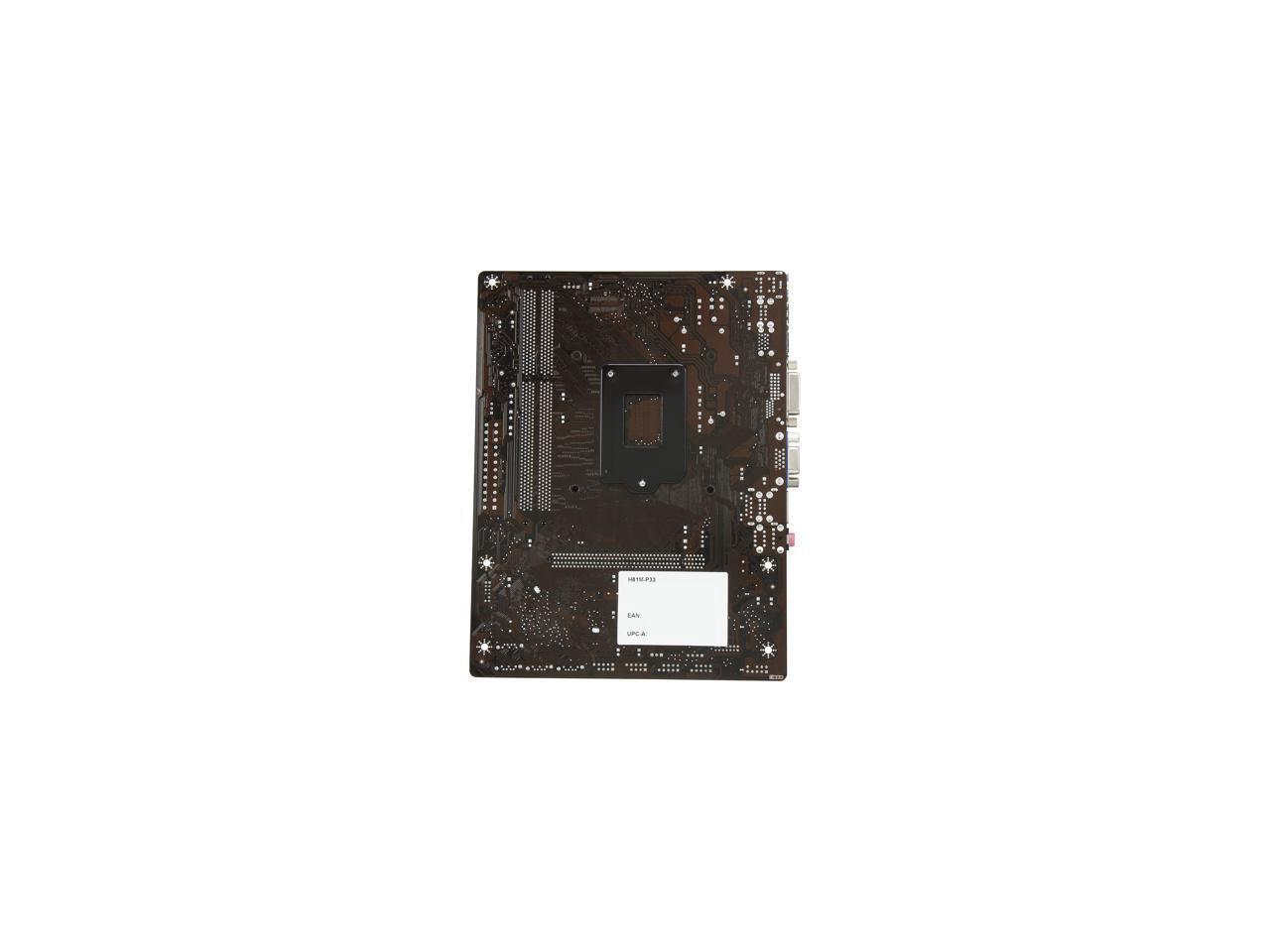 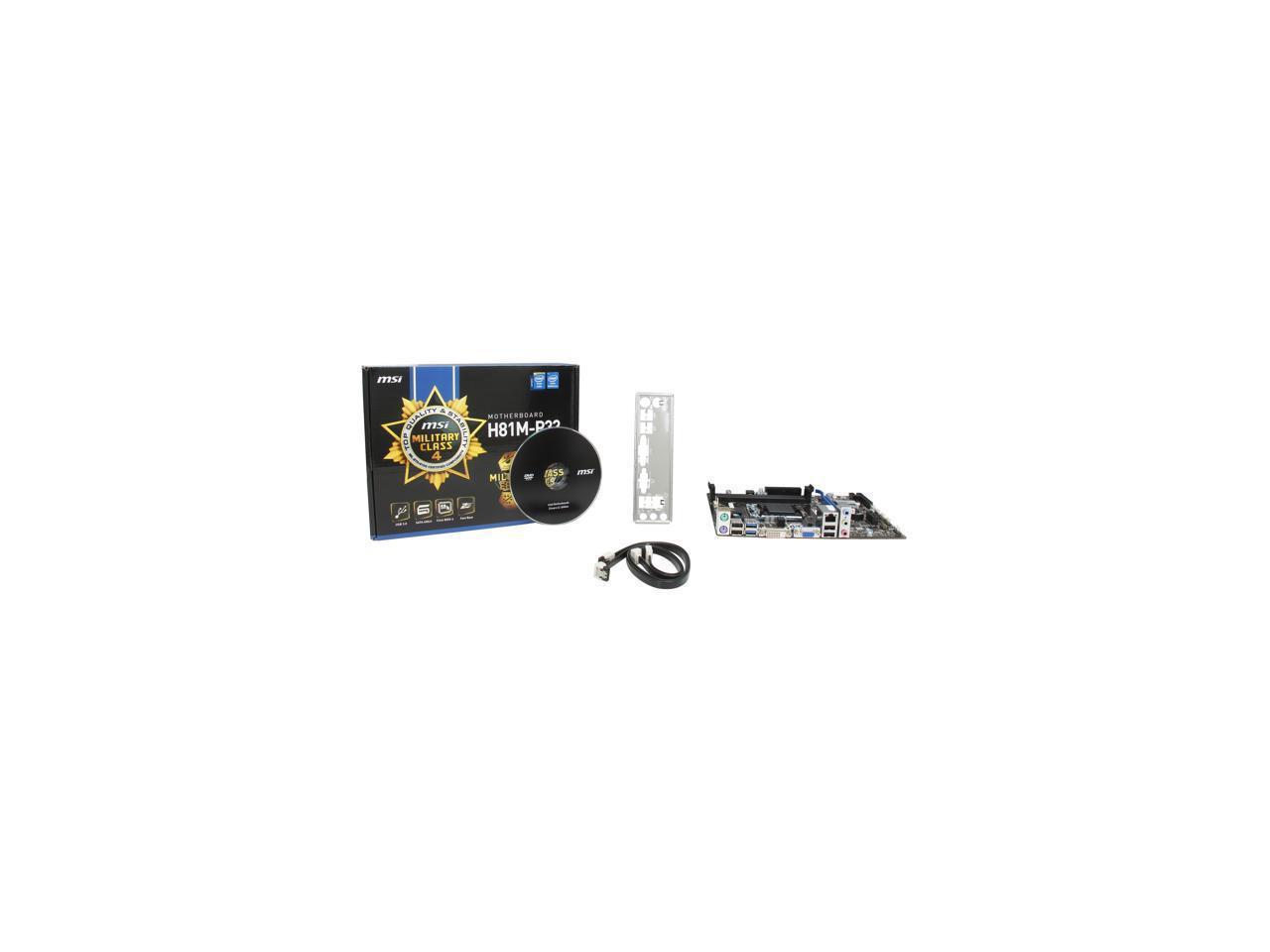 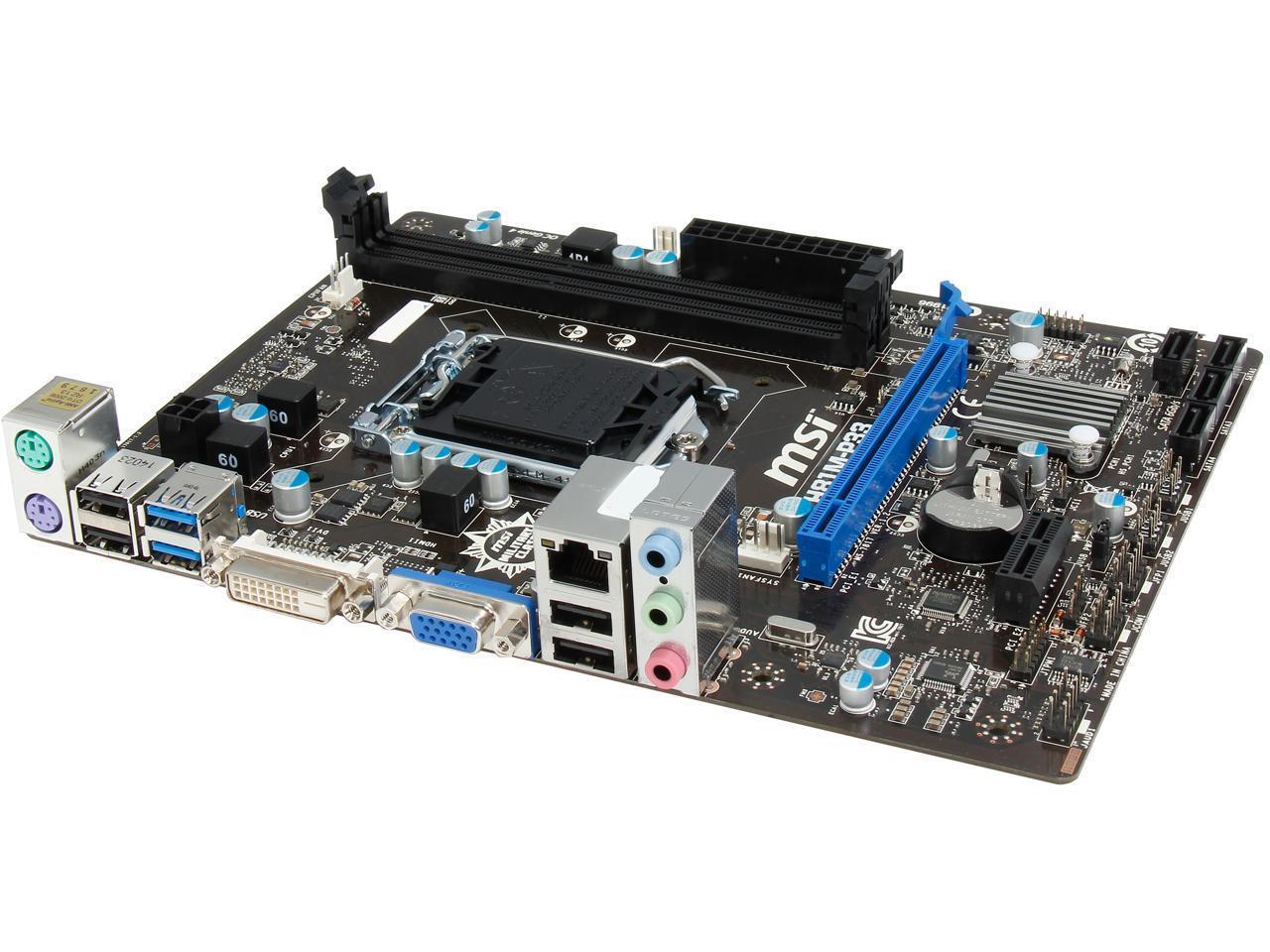 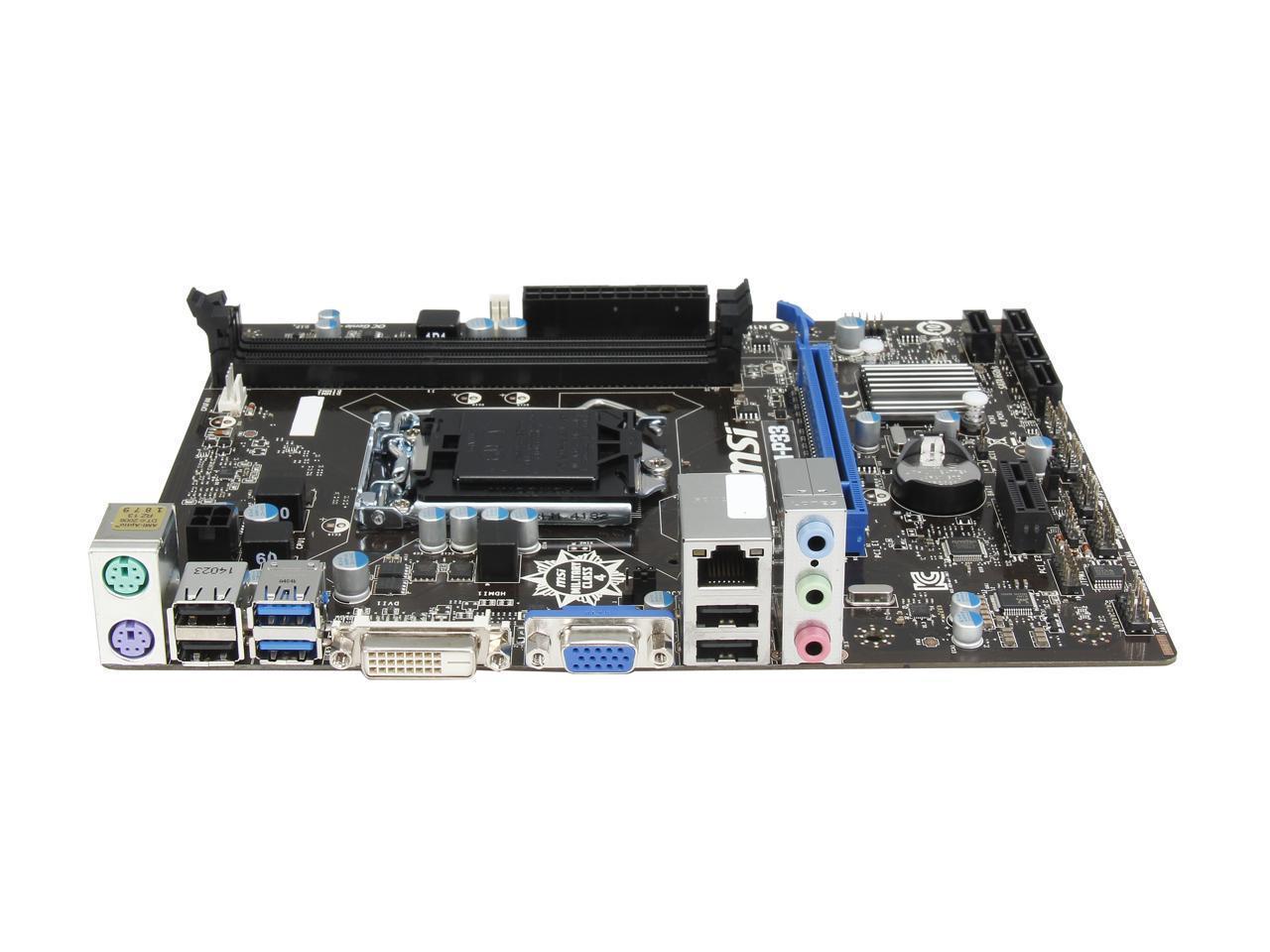 This means the product was tested and repaired as required to meet the standards of the refurbisher, which may or may not be the original manufacturer. Any exceptions to the condition of the item outside the manufacturer’s information should be provided in the listing, up to and including warranty details.
Be the first to review this product...
In stock.
Ships from China.
Most customers receive within 4-22 days.
Overview
Specs
Reviews
MSI H81M-P33 - LGA 1150 - Intel H81 - SATA 6Gbps - USB 3.0 - Micro ATX Intel Motherboard Military Class 4 MSI's new Military Class 4 components support you while you are questing, racing, battling and shooting your way to the top. MSI's Military Class 4 components deliver record-breaking stability when you need to keep cool in the heat of battle. The new standard in stability built on a proven technology of high-quality components. M-Flash Compared to common motherboards which need extra BIOS chips, MSI's M-Flash has a double advantage - first, it doesn't need extra components, and second, all your BIOS data will be saved in the USB drive.

The stored data does not only have backup and upgrade functions, it can also be seen as a portable BIOS chip which is actually able to boot up your PC. Features Backup/restore your BIOS to/from any USB flash disk Avoid unnecessary repair due to accidental failures during the upgrading process Extend BIOS lifespan by reducing unnecessary rewrites Live Update 5 MSI Live Update 5 is a powerful and useful application for updating the latest BIOS and Drivers, saving you time and lowering the risk of updating. End-users can install and run the Live Update 5 software on their computers with the companion CD or downloading the app from the MSI website.

It's also the current trend for upcoming high-speed internal storage devices to break the existing bottleneck of a PC's performance. Features 2X Faster than SATA 3Gbps Up to 6Gbps data transfer bandwidth Unleash the true Performance of new HDDs/SSDs Fast Boot No more waiting for entering the OS! MSI Fast Boot helps to make motherboards boot lightning fast. MSI also add the GO2BIOS button with-in. Simply click it to reset your PC and then go straight to the system BIOS. Intel® Smart Connect Automatically pull data from cloud services for always updated content Fast applications sync with cloud services, without the need for manual interaction Great power efficiency as system wakes to a low power state to download content Military Class Essentials The core of Military Class 4 is based on the essentials which increase your stability in the worst conditions.

The humidity protection and high temperature protection ensure your system survives each environment, no matter how harsh. The new structure of the PCB limits EMI radiation. On top of that all the connectors have ESD protection in order to prevent short circuit. Humidity Protection The latest Gen 4 Fabric PCB helps against moisture caused by some humid conditions and environments. ESD Protection Anti-ESD ICs and fuses onboard help to totally protect your motherboard from electrostatic damage. EMI Protection The optimized EMI-proof design helps to keep users safe during extended computer operation. High Temperature Protection Certificated Military Class 4 components help to work stably under extreme conditions.