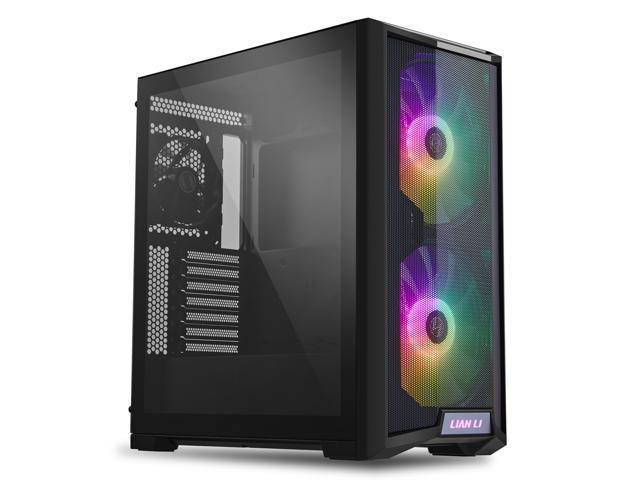 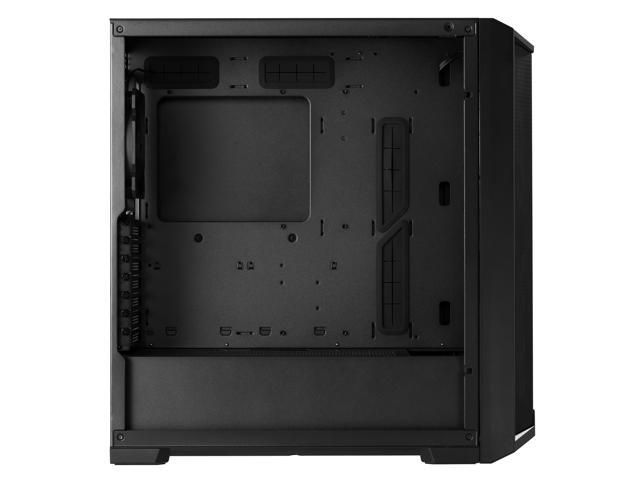 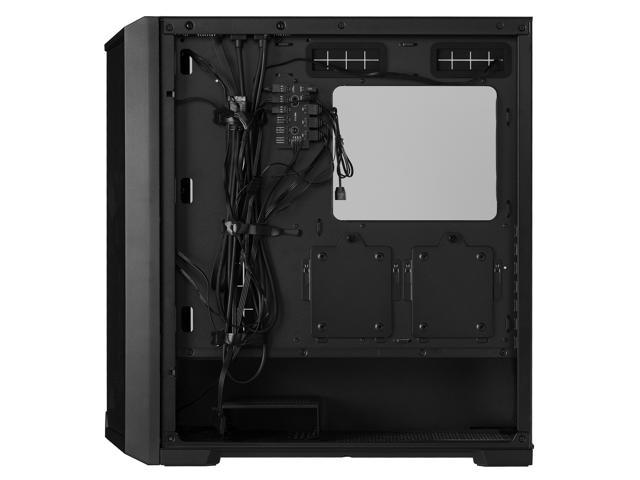 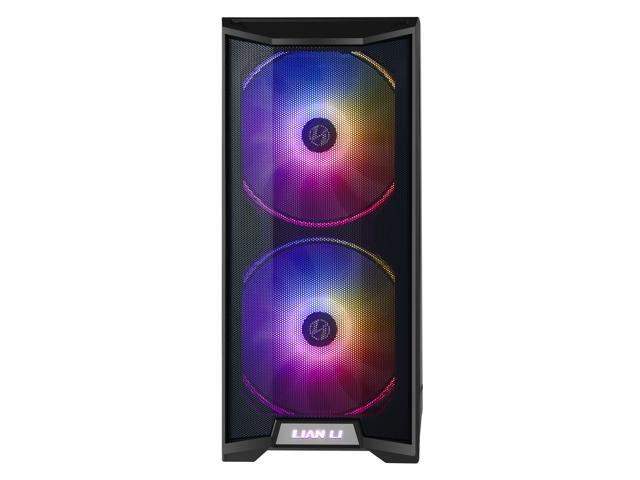 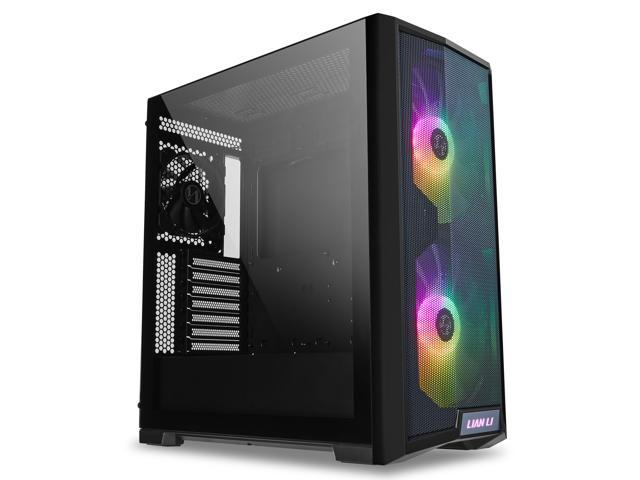 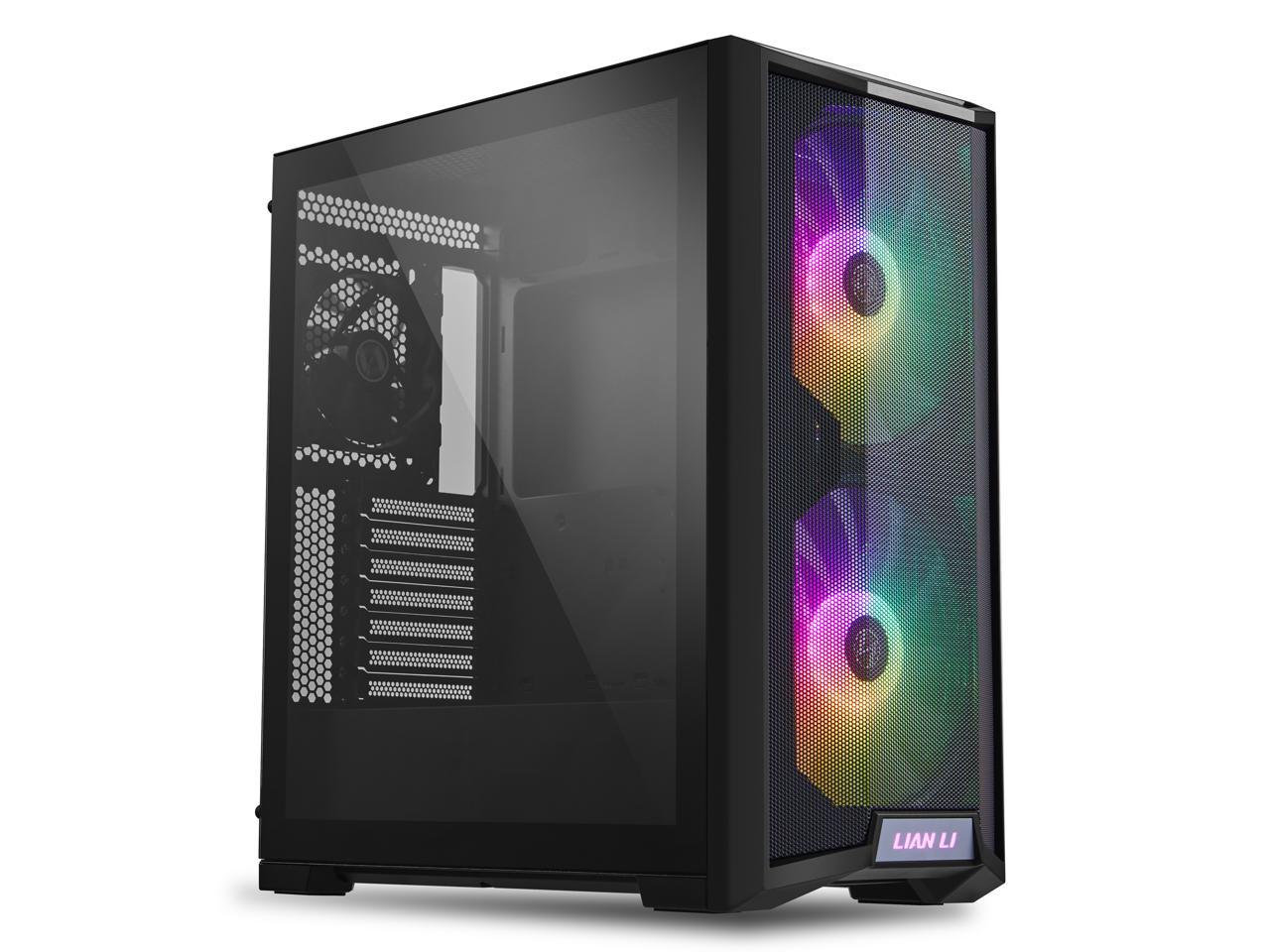 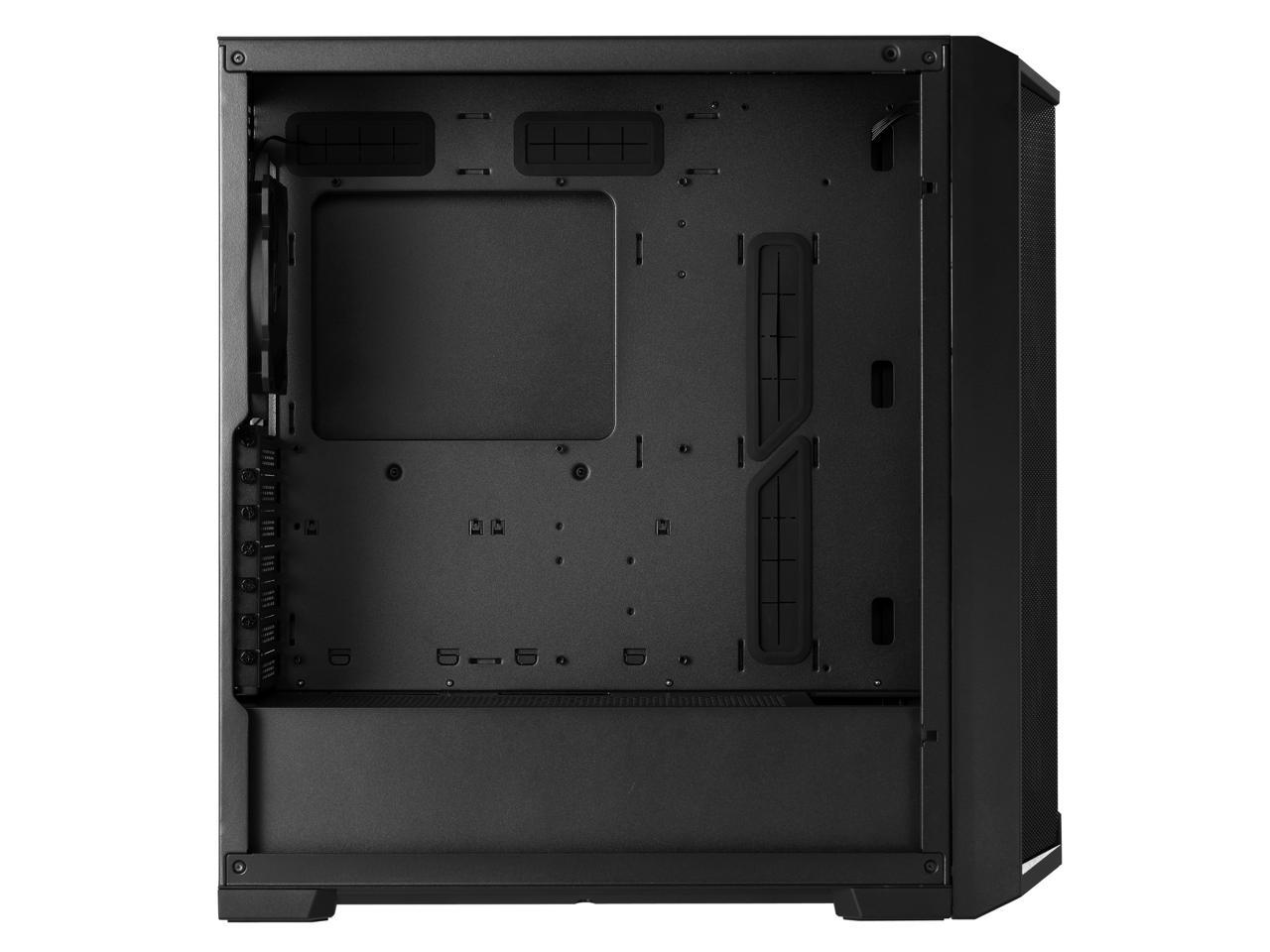 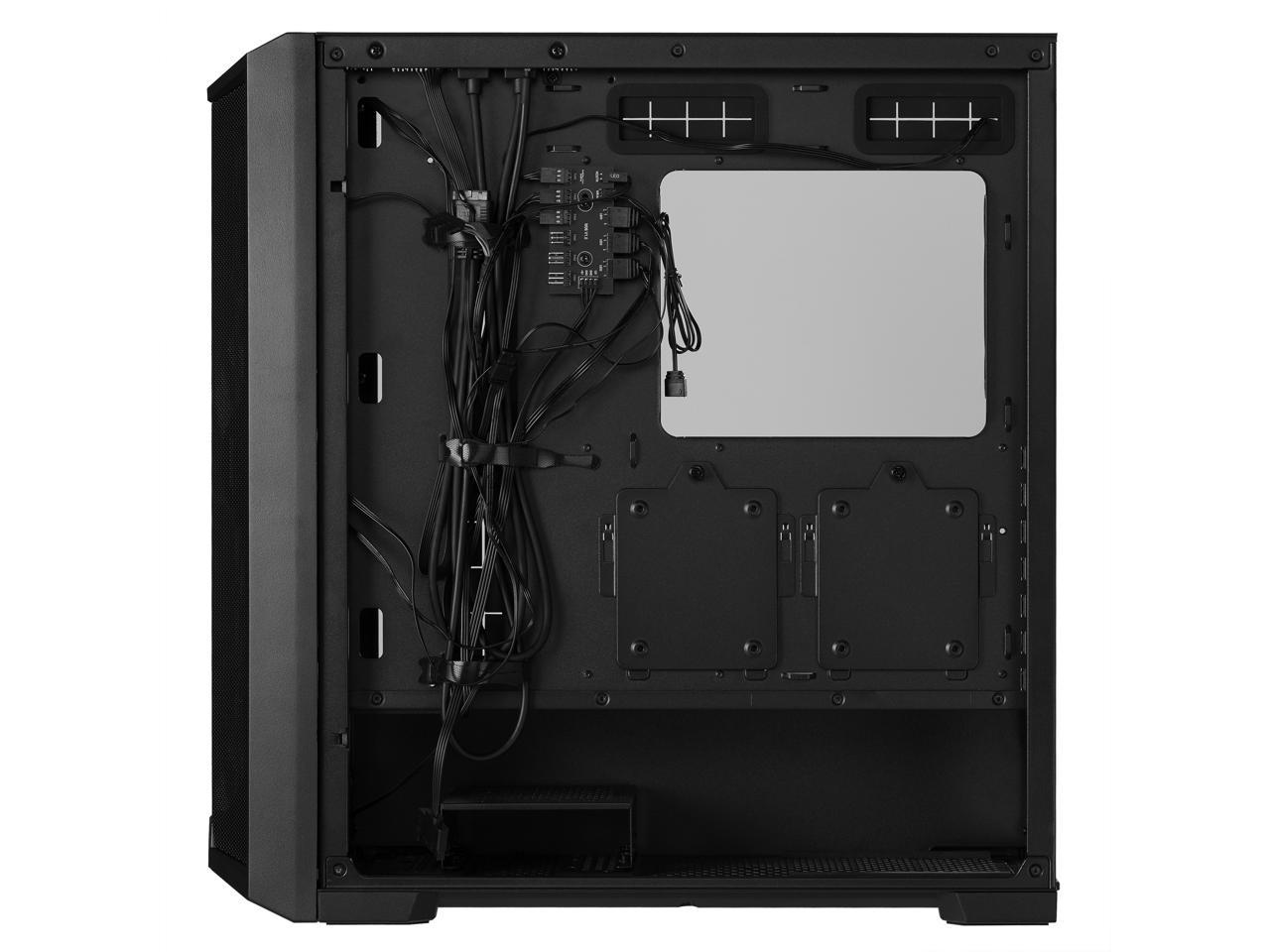 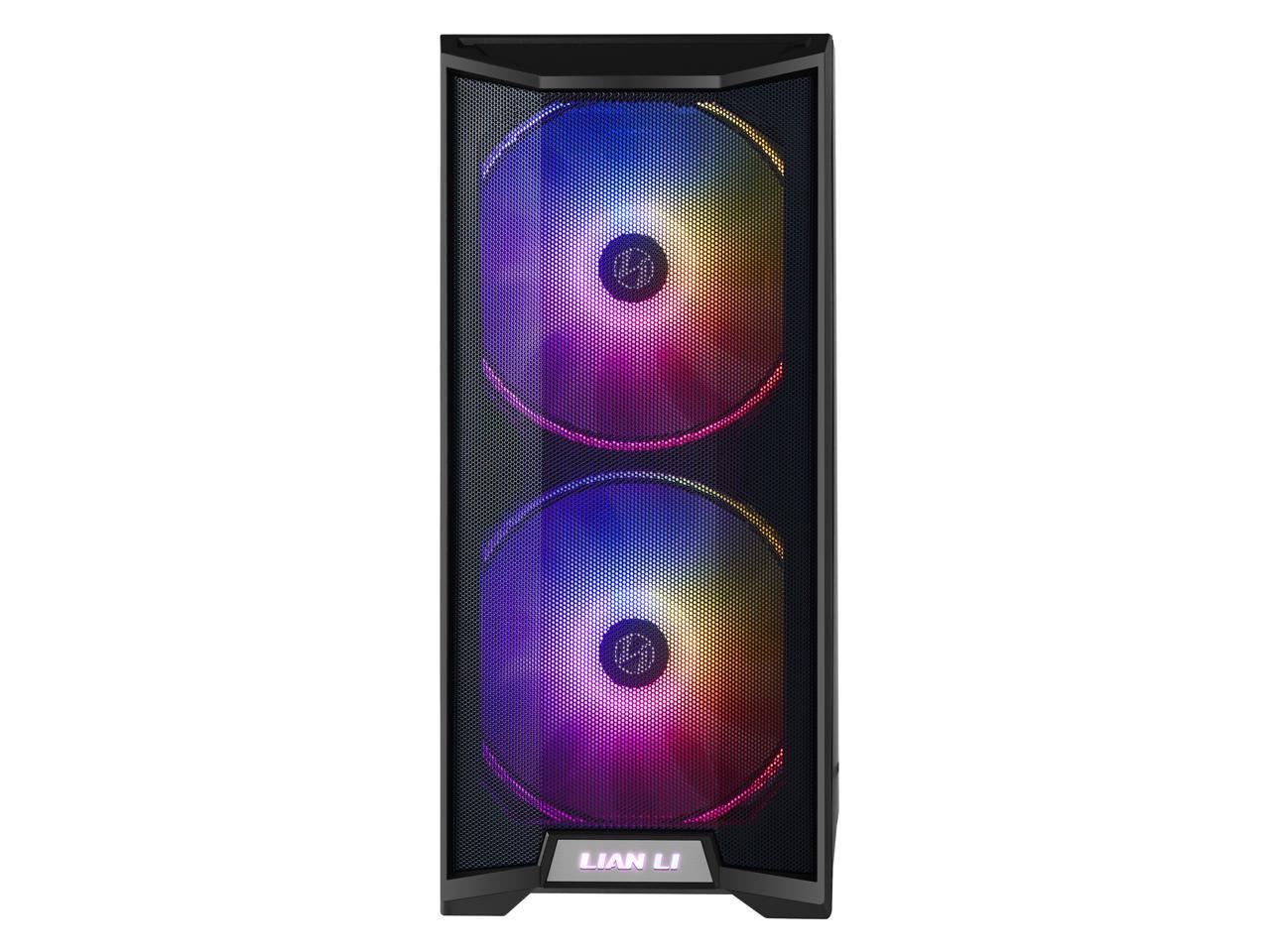 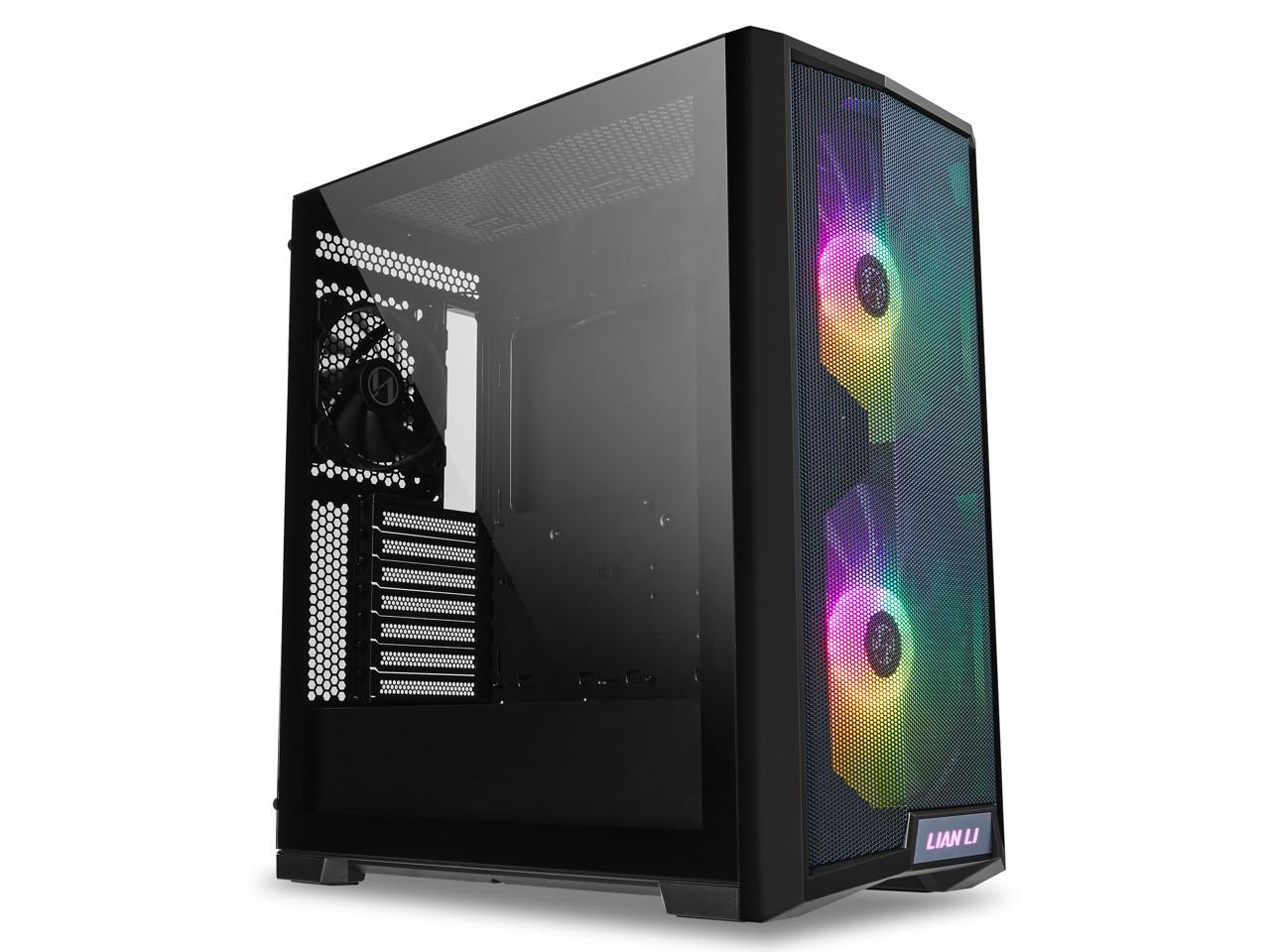 Cons: I can't sync the lights with my motherboard unless I buy a 3pin/4pin adapter.

Overall Review: There's less space than my previous case but the build was so much easier. Cable management is a breeze. I added two top exhaust fans to the rear exhaust and front intakes, it's like a wind tunnel in there. And there's space to mount a radiator in the future as my cooling needs increase. Depending on your motherboard, you may have to buy an rgb header converter in order to sync your lights with a mouse or keyboard. GREAT CASE! especially for the cost. #LIANLI

Cons: -Meh QC - I know others have commented on this as well. Don't hesitate to RMA if there's something wrong with yours -Poor front panel (placement + features), although this is kinda to be expected at this price point.

Overall Review: It's a very standard airflow-focused front mesh case. It stands out for 2 main reasons vs its competitors - the 200mm include RGB fans and the pricepoint. I had issues with my first one of these (physical damage - possibly during shipping), but RMAd successfully and later ordered a replacement. If you research this case, you learn that you don't get the full benefit of the 200mm fans in terms of airflow, some of the fan blade area is occluded by the case. Not a big deal in my opinion, my temps were still great. Fans are also nice and quiet. I used this case in a PC I sold - great value for me and great looks/performance for the client. Win/win in my mine - I recommend.

Cons: -Instruction manual was a photocopy of a color manual, making some details in photos near impossible to understand. -Built in fan/RGB header feels flimsy/not fully secure -Only three SSD mounts, two if you wish to use two HDD's -PSU shroud can limit ability to run cables to bottom of motherboard -No built in USB-C support -Quick thread screws to release side panels are cheap feeling and catch/hang or thread incorrectly easily -No handle piece on back of glass side panel to help easily remove it

Overall Review: Overall quite a solid case if airflow and space with plenty of cable routing options is a concern. Easily fits my Gigabyte Aorus Elite motherboard with plenty of room left to the front of the case, and top. Smart cable routing placing means you can run an ATX 4 or 8 pin power supply line to the top of the motherboard without having to run it behind the back top corner of a full-size ATX board. Will fit a 360MM GPU, provided you don't mount am AIO cooler in the front of the case, support for CPU coolers up to 166MM tall. Front fans easy sync to your motherboards RGB controller with one button push on the case. My only real complaint about it is the lack of SSD mounting options. You get the standard two mounts behind the motherboard, and one in the bottom from of the case at the PSU shroud. There is at least plenty of space left in the case, both in the PSU shroud and above it to just toss a few more SSD's in there unsecured (I've got three mounted, and three just tossed in the bottom) and it doesn't seem to have a negative effect on cooling. And about cooling, it's great. I've only added one additional fan, mounted as exhaust above the CPU. Running a Ryzen 3700x at stock speeds with stock cooler set to aggressive fan profile, my CPU sits at 28-30°C idle, and maxes at 62°C under full load during a 4K60FPS Handbrake encoding set at normal priority in Windows. 2xUSB 3 support is nice, lack of USB-C support may be something you'll want to consider. Don't let my listing of Cons dissuade you from purchasing if you've been considering this case, the only one I've considered a major negative is the lack of SSD mounts. Airflow through the top of the case is significantly better with the magnetic filter off, but at the compromise of potentially pulling more dust or animal hair in. I've found that pulling the filter forward to allow a mounted fan to exhaust, but cover the remaining portion of the opening works quite well if you don't mind the screen hanging over the front of the case by about 3 inches. I'm quite happy with it. By far the easiest case to work with/in and manage cables that I've owned so far.

Overall Review: I really liked this case. It was my first time building a PC and this case made it really easy. The case comes with 2 giant rgb fans which is already a plus, because who doesnt love rgb. Also the case provides a pre-installed fan hub which makes it really easy for cable management and rgb synchronization. On top of all of that, the case had amazing airflow that helps keep your system temperatures down. Overall, a great case and highly recommend this case, especially for beginner PC builders.

4 out of 4 people found this review helpful. Did you?
Anonymous
Ownership: 1 week to 1 month
Verified Owner
High cooling performance coupled with the accompanying tradeoffs3/7/2021 1:41:40 PM

Pros: * Awesome cooling performance with out of box fans * Complete bottom dust filter * Easy cable management * Includes adapter to unscrew the motherboard standoffs along with ample zipties * The RGB is pretty cool. This is more pronounced by the larger fans.

Cons: Agree more with Tom's Hardware than Gamers Nexus on this case: * Lack of front filtering. This is a trade-off for the high performance * Screw tightness varies too much. Bought two of these cases. One had issues with how tight the front fans were held in. The other came with one of the glass panel screws stripped and the other not much better off. * Noise. The front fans are louder than they need to be. Again, this is a performance trade-off Bought a couple of Y-adapters to run the front fans per the motherboard instead of the included hub to help with this.

Overall Review: Be sure to understand the performance tradeoffs before purchasing this case. If performance and cost are your #1 factors, this a great fit.

Pros: - this was rated the best overall case of 2020 by Gamers Nexus, and a Q1 review of 2021 cases released still had this case at the top. - great airflow - plenty of top room if you want a top mounted rad - easy to cable manage - big rgb fans on the front with an LED button in the front IO - the PSU basement gives you an easy way to macguyver a graphics card sag preventer(legos)

Cons: - if you want a front mounted rad which is supposed to give better CPU temps, you realistically need to switch out the big front fans that come with the case for smaller fans, or do a bulky push/pull config on your rad. fortunately there's enough room for this even if you have a 3000 series graphics card

Overall Review: - excellent price - great quality - no need to go crazy spending 200 on a case that won't be as good as this one

Pros: The two big fans in front blow a lot of air in. Like a lot

Cons: nothing, in particular, besides it being a bit too heavy

Cons: -Mine arrived with one of the 2.5in SSD mounting plates missing (only arrived with one instead of two) -3.5in hard drive mounting cage is great, unless you want to mount two drives to it, then it's a bit tedious -Would have liked to be able to mount a 140mm fan as the rear exhaust, instead of just a 120mm fan -Thicker 240mm AIO liquid coolers (like the ARCTIC Liquid Freezer II 240 I have installed) will BARELY fit in this case when mounted at the top (which is the proper placement for them), but they can be made to fit with some creative cable management of the fan cables and CPU power cables that get plugged in at the top of the motherboard -Glass side panel slides open instead of swinging open on a hinge like other cases -Airflow from the two 200mm front fans is blocked slightly by the interior front fan mounting brackets -no included cover for the open section of the power supply shroud at the front of the case (in case you decide NOT to mount a radiator at the front of the case)