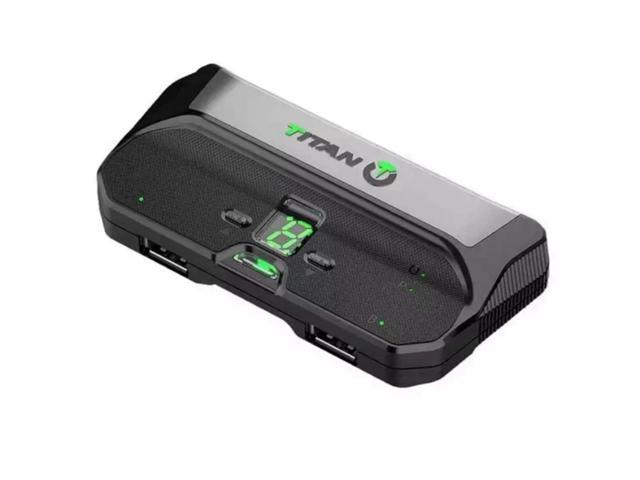 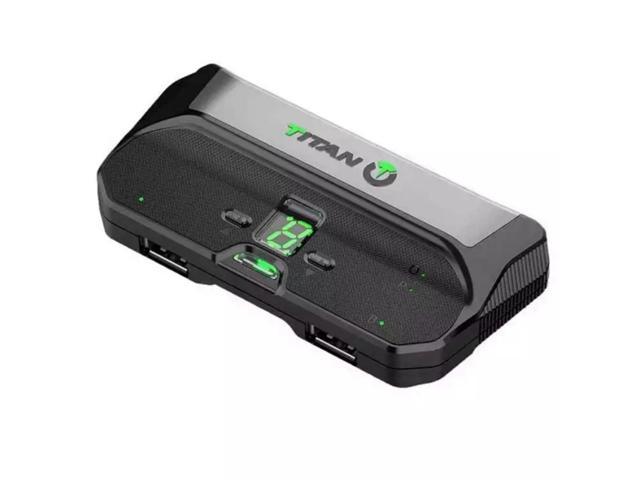 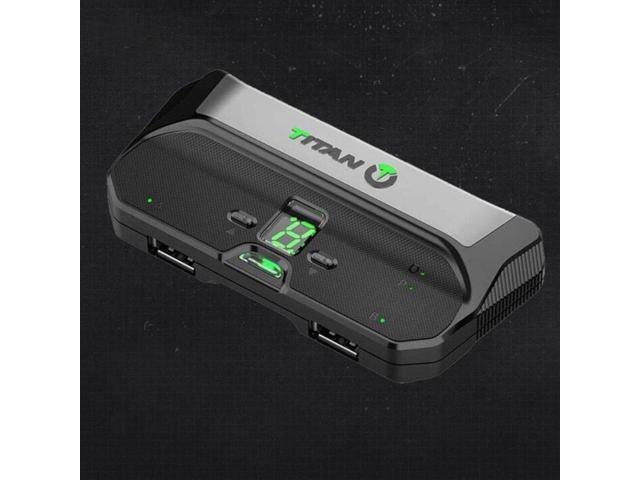 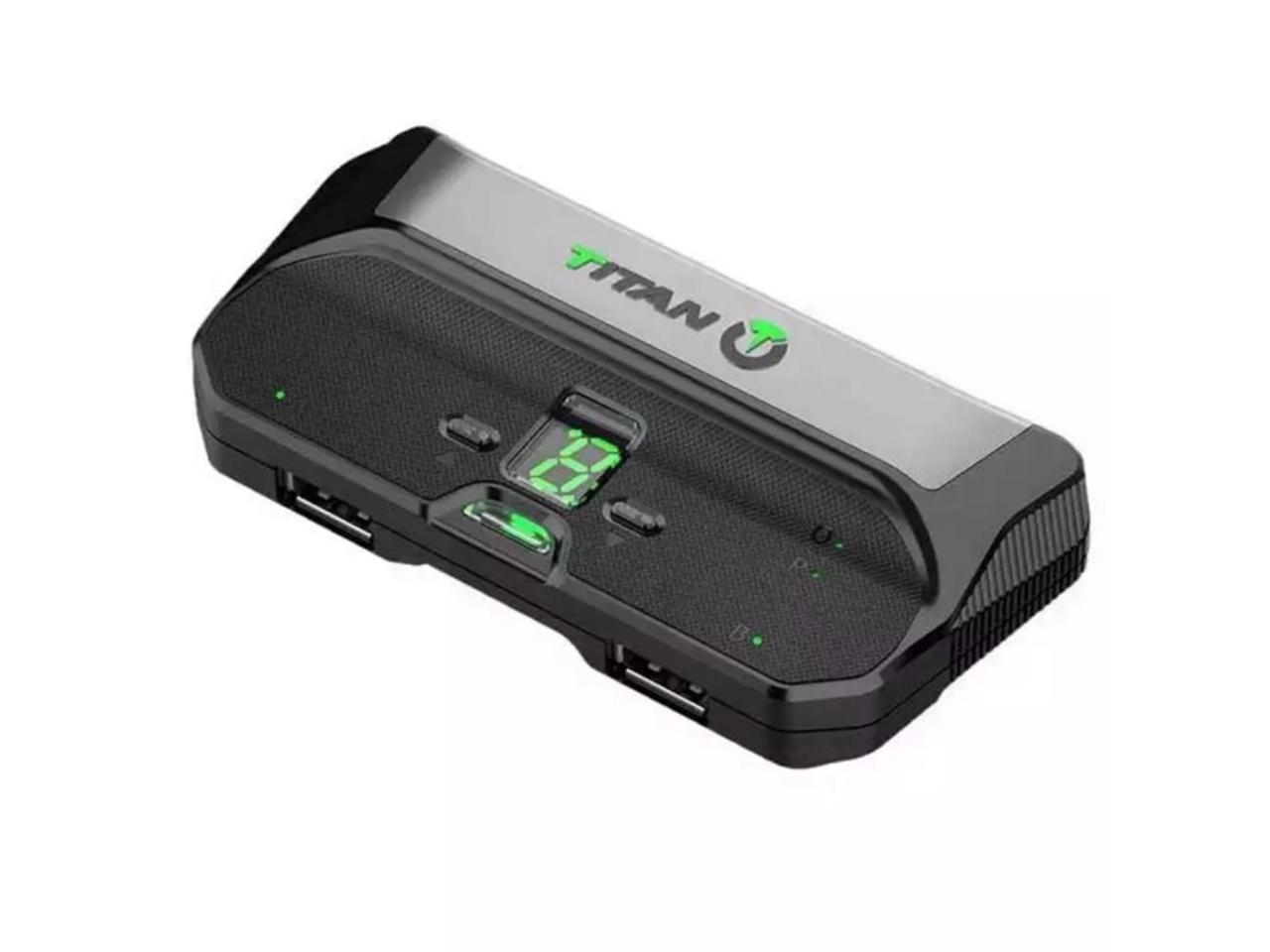 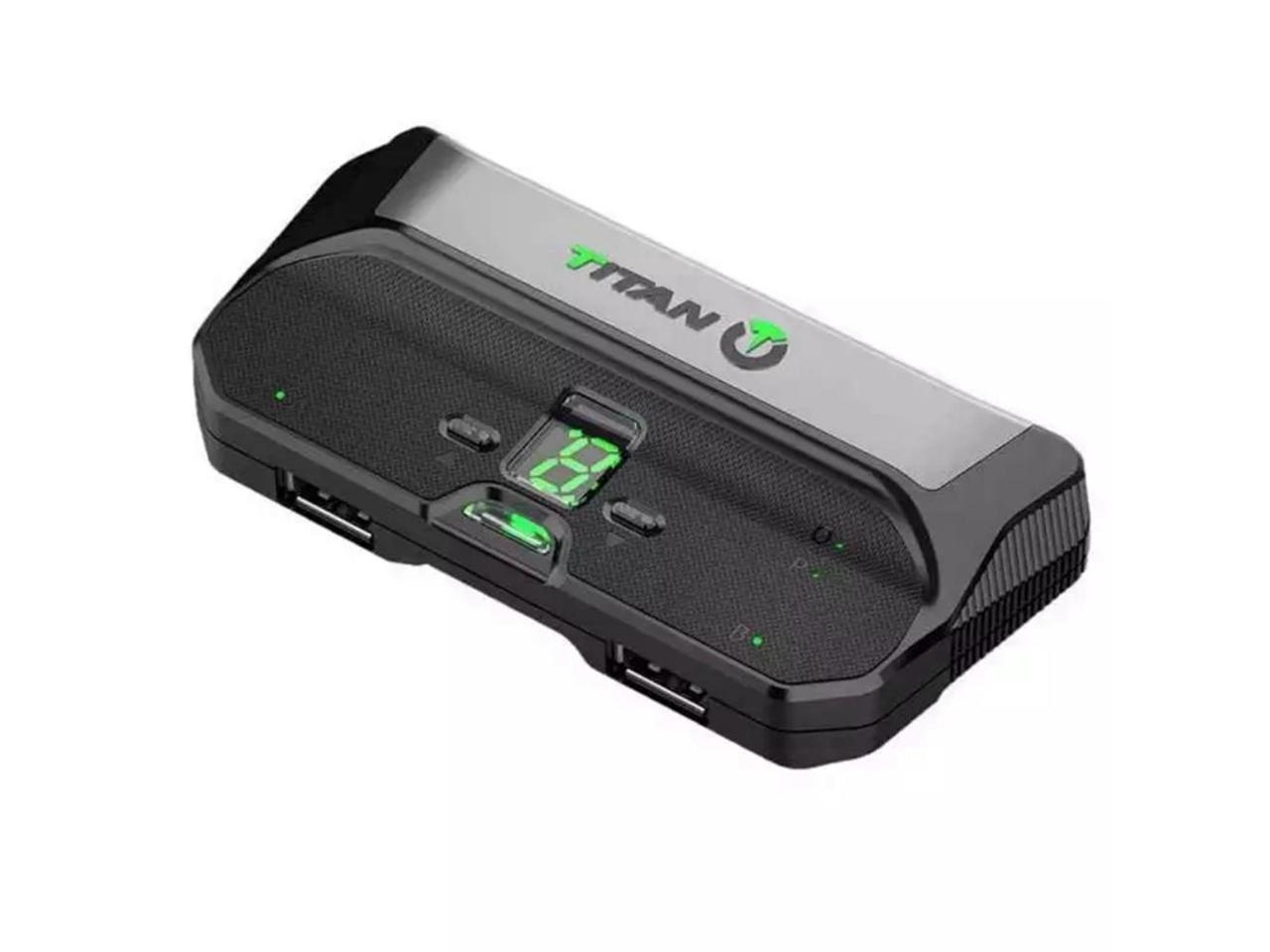 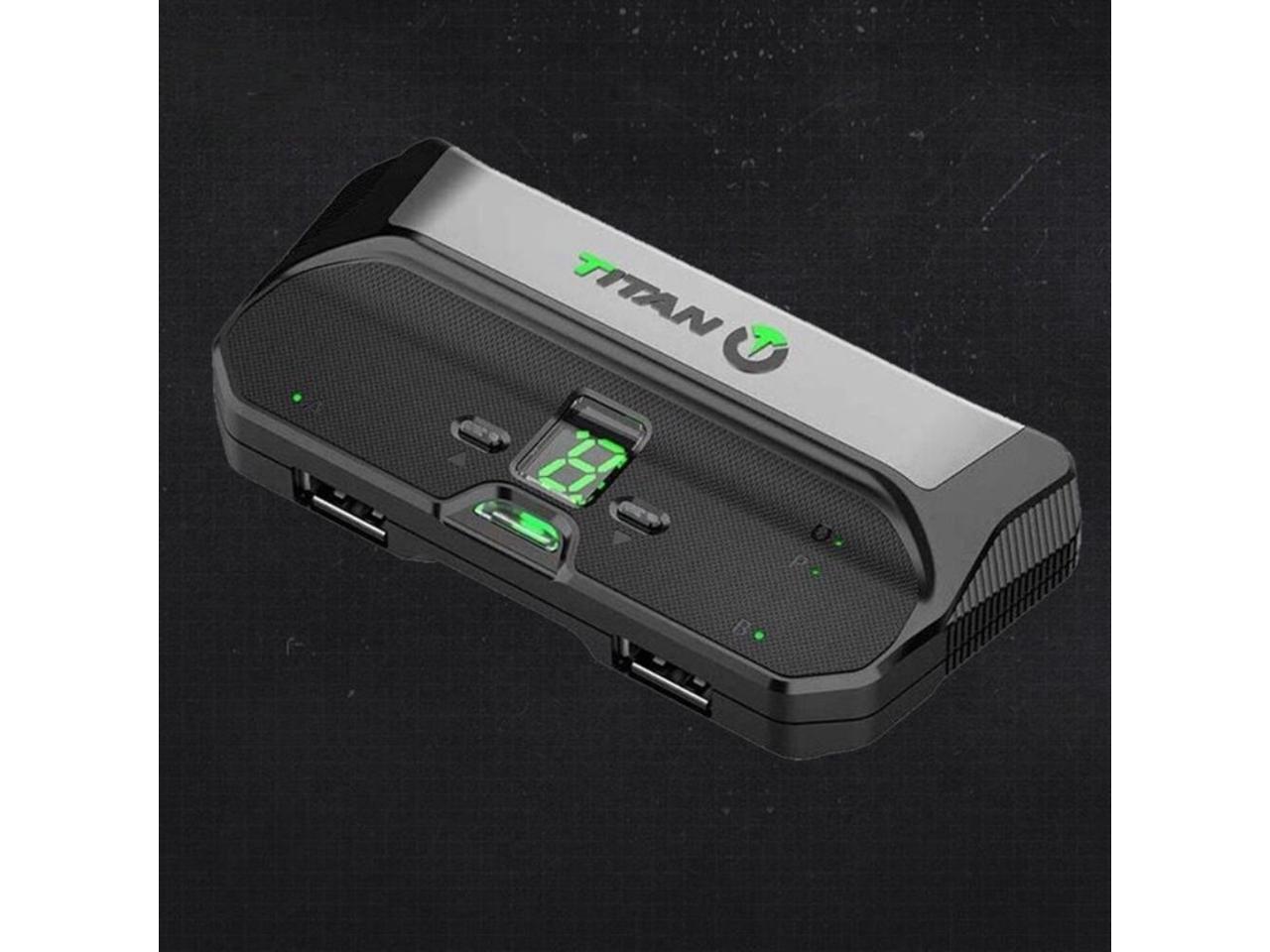 Mouse Keyboard Converter Adapter for Titan Two Controller for PS4 PRO SLIM/ ONE/XBOX360/PS4/PC/NS Switch
Converters, Adapters and Crossover Devices;Use your preferred controller on any compatible gaming system. The for Titan Two solution replaces dozens of gaming adapters, converters and crossover devices found on the market. An unbeatable value for money.
Mods, Macros, Combos and Modded Controllers;Exclusive MODs, combos and macros (i.e. rapidfire, jitter, drop-shot, anti-recoil, turbo button, etc) can be easily enabled to any game with a simple drag-and-drop of Gamepacks or community made scripts. No chips to install, no tools required.
Controller Layout Customisation and Button Remapping;Customize the layout of buttons and sticks accordingly your needs and for any game. This feature can be combined with Gamepacks and Scripts.
Play with Keyboard and Mouse on Consoles;Keyboard and Mouse direct connected to the Titan Two, or redirected from the computer via Gtuner IV, are fully supported and can be used to play console games with an unprecedented level of configuration.
FightSticks, Steering Wheels and Joysticks;The Titan Two is fully compliant with the HID standard, making it compatible with virtually any HID gaming devices, such as fight-sticks, steering wheels, joysticks, foot switches, etc.
Wireless Support for Controllers and Consoles
Controller and consoles can be used wirelessly for Titan with the Two by way of the Bluetooth Module (sold separately) or by external wireless adapters, such as the one provided for the controllers.
Powerful and Full-Featured Scripting Language
Create scripts, combos and macros at the millisecond precision. Program automated commands in reaction to events. Simulate motion sensor and Touchpad actions. The possibility are endless.
Programming Software for Windows and Mac
Compatible with:
PlayStation 4
One
Nintendo Switch
PlayStation 3
PlayStation TV
360
Computers and more
Use your favourite gamepad, keyboard, mouse, fight-stick, wheel and virtually any gaming controller on consoles and computers. Program your with downloadable Gamepacks and scripts for the ultimate edge on local gaming or competitive multiplayer matches. Create your own scripts with Gtuner IV to have full control over your gaming experience at the millisecond precision. All console specific features, such as motion sensors, Touchpad, chatpad, speaker and headsets, are supported. Compatible with PLAYSTATION 4, ONE, NINTENDO SWITCH, PLAYSTATION 3, 360, COMPUTERS and more.
Colour:Black
Material:plastic
Package Contents:
1 * Mouse Keyboard Converter Adapter
1 * USB Cable
Only the above package content, other products are not included.
Note: Light shooting and different displays may cause the color of the item in the picture a little different from the real thing. The measurement allowed error is +/- 1-3cm.