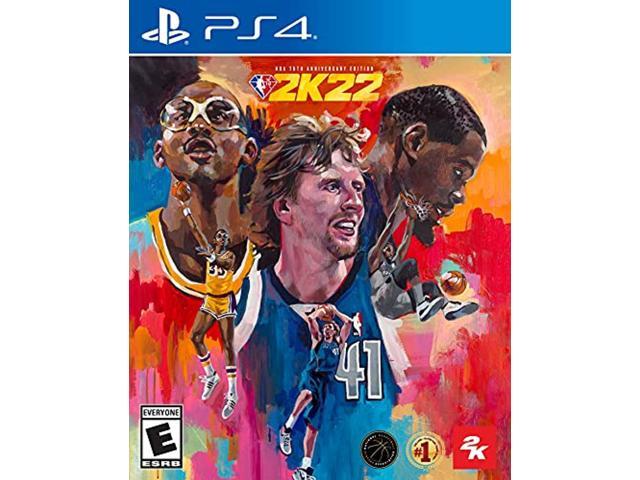 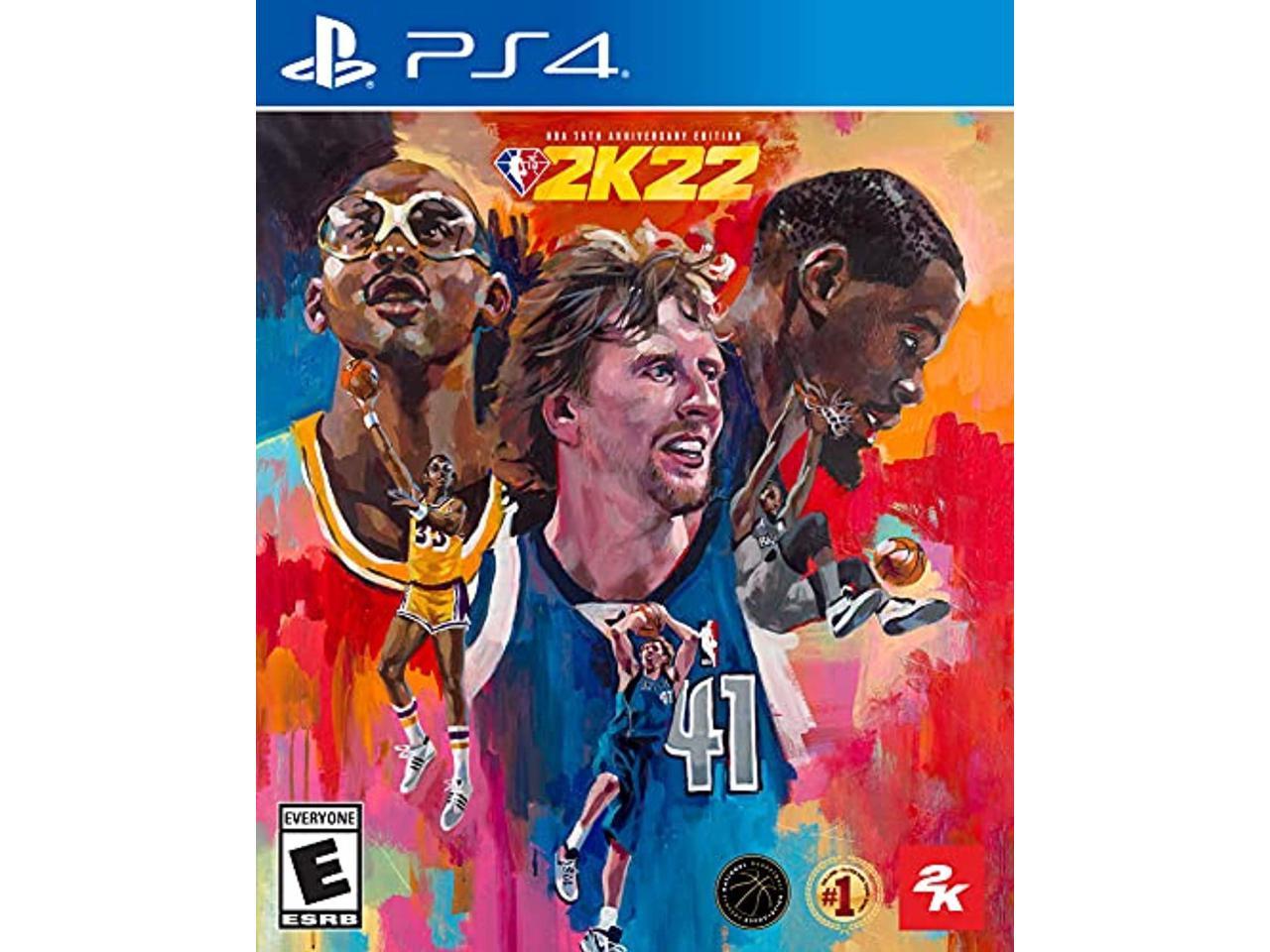 Be the first to review this product...
In stock.
Ships from United States.
Most customers receive within 5-9 days.
Overview
Specs
Reviews
This edition also includes NBA 2K22 for PlayStation5 - A New Generation NBA 2K Experience. NBA 2K22 puts the entire basketball universe in your hands. PLAY NOW in real NBA and WNBA environments against authentic teams and players. Build your own dream team in MyTEAM with today? s stars and yesterday? s legends. Live out your own pro journey in MyCAREER and experience your personal rise to the NBA. Flex your management skills as a powerful Executive in MyGM and MyLEAGUE. Anyone, anywhere can hoop in NBA 2K22. The NBA 2K22 NBA 75th Anniversary
Edition includes: 100K VC 10K MyTEAM Points 10 MyTEAM Tokens Sapphire Kareem Abdul-Jabbar, Dirk Nowitzki, and Kevin Durant MyTEAM Cards 22 MyTEAM Promo Packs (Receive 10 at launch, then 3 per week for 4 weeks) Diamond Jordan Shoe MyTEAM card Coach Card MyTEAM Pack 10 6-MyCAREER Skill Boosts 10 3-Gatorade Boosts 4 Cover Athlete T-Shirts for your MyPLAYER MyPLAYER backpack and arm sleeve Custom-design skateboard for MyPLAYER STEP YOUR GAME UP - New tactical offense meets an overhauled defense for a more competitive and immersive NBA 2K22. Add skill-based dribbling, shooting, dunking, and alley-oops to your bag of moves, and counter them with ferocious new blocks and contests on the other end of the court. ALL ABOARD THE CRUISE - Set sail for the high seas in the all-new 2K22 Neighborhood, made for PlayStation4, Xbox One, Nintendo Switch, and PC. Create your perfect MyPLAYER, level up for rewards, and express yourself through both your game and your style. YOUR DREAM TEAM - Collect, craft, and hoop in the ultimate
NBA fantasy competition: NBA 2K22 MyTEAM. Build your dream lineup of NBA stars and legends across any era, and explore game-changing evolutions to the MyTEAM experience - each addition introduced Season after Season. NEW SEASONS, NEW DISCOVERIES - In NBA 2K22, every Season brings fresh opportunities to reap new rewards. Whether in MyTEAM or MyCAREER, compete against the best and discover what amazing rewards each new Season has in store. GET IN THE REAL GAME - Play as your favorite NBA and WNBA teams and stars, and experience the authenticity of professional basketball at the highest levels. With best-in-class visual presentation and player AI, up-to-date rosters and historic teams, and much more, the game has never felt more real and complete than it does in NBA 2K. Feel the energy of the crowd, the intensity of the competition, and the endless entertainment of one of the most immersive sports product in gaming today. PURSUE YOUR PRO DREAM - Step into the shoes of an aspiring baller in MyCAREER, and carve your own path to the National Basketball Association in a Hollywood-esque hooper? s journey.

Meet off-the-court friends and on-the-court foes, as your rise to the top takes different twists and turns - some based on the decisions you make for yourself. Will you make your name in College or develop your game professionally in the NBA G League - or both? Or will you confidently take your game directly to the NBA? It? s entirely your story. BE PART OF A HUGE HOOPS COMMUNITY - Whether in the City (for PlayStation? 5 and Xbox Series X|S) or in the Neighborhood (for PlayStation? 4, Xbox One, Nintendo Switch, and PC), live out your basketball life in the biggest and most vibrant hoops community in the world. With your MyPLAYER, put in the work, rep up, and dominate the courts. You can train in the Gatorade Training Facility, pick up the latest gear at SWAG? S, and compete throughout the year in diverse Events. Be the baller you want to be in NBA 2K? s own basketball hub. BUILD YOUR OWN DREAM TEAM - Create the ultimate fantasy roster of today? s NBA stars and yesterday? s legends in MyTEAM.

An ever-rewarding experience of collection and competition, MyTEAM combines the excitement of discovering and obtaining your favorite player cards and the intensity of taking on the best rosters the MyTEAM community has to offer. Play, earn, craft, and compete through challenges, tournaments, and much more. TAK