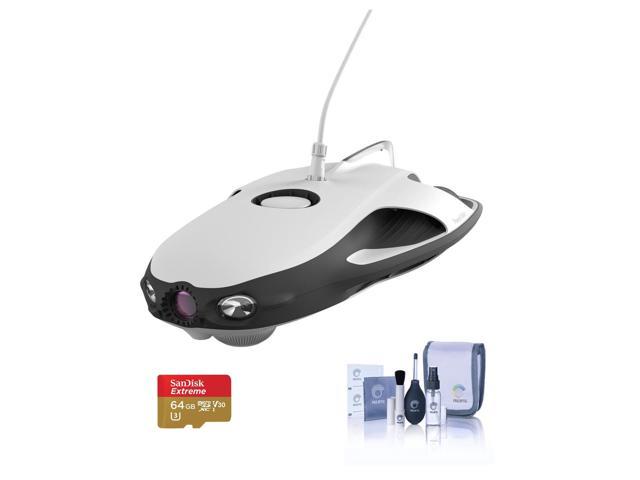 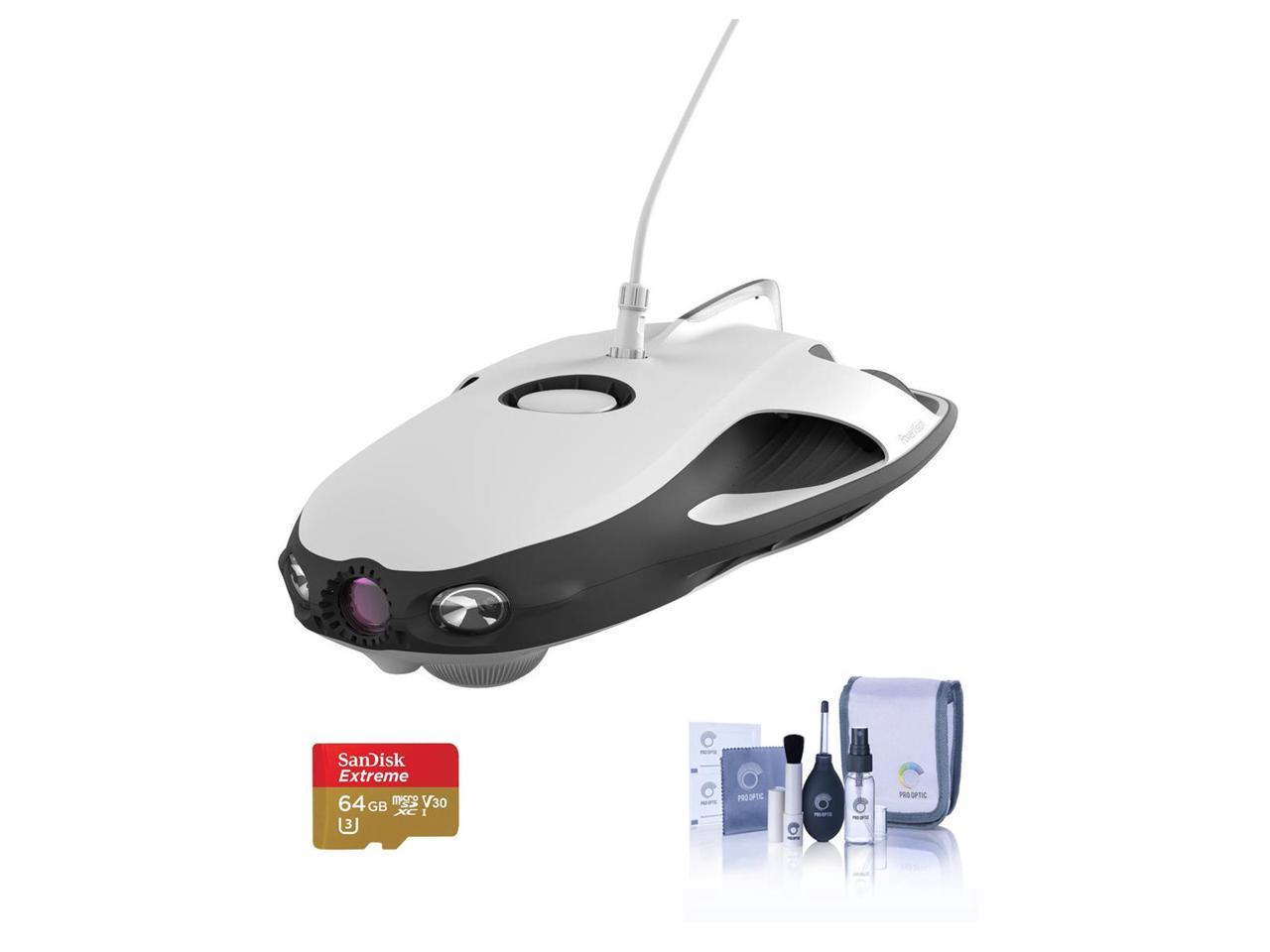 Be the first to review this product...
In stock.
Ships from United States.
Most customers receive within 4-6 days.
Overview
Specs
Reviews
Looking to enahance your fishing prowess or be the envy of all your fishermen and women friends? Then look no further than PowerVision's PowerRay Explorer Underwater Drone Kit! Even the best gear and perfect bait can't ensure a catch if you're set up in the wrong spot. That's why PowerVision takes experience to the next level with a remote-controlled, sonar-equppied, bait-dropping, mini-submersible drone kit.

This water-proof system can uncover, report, and draw-in fish with its FishFinder sonar component. This sonar has an array of sensors that collects data on water temperature, depth, underwater landscape, and fish distribution. This data is relayed via 2.4GHz of WiFi to a dedicated mobile app. The sonar can also be detached and float to the surface. The drone also features the ability to deliver bait to precise locations and uses an internal fish-luring light to attract fish.

On its own, the PowerRay can be used as a harmless vehicle for underwater exploration. Operating at depths of up to 98 feet, the drone's capabilities work in freshwater, saltwater, and even under frozen ice with a temperature tolerance of 50 to 120 degrees Farenheit. The drone has a maximum speed of 3-4 knots and its 6,400mAh battery has a sail time of up to four hours. The PowerRay is fitted with a 12MP camera that shoots 4K video with a 100-degree wide angle lens. The camera also supports up to 128GB of storage, and is capable of shooting burst photos at 5ps.

Additionally, this PowerRay kit comes with VR goggles that can be used to control the drone by simply moving your head. This wearbale device uses Zeiss lenses in addition to the same high-quality foam used in professional ski masks for comfort and durability. The PowerRay's cable transmits power and video back to its base station, while also keeping your drone from getting lost in strong currents.