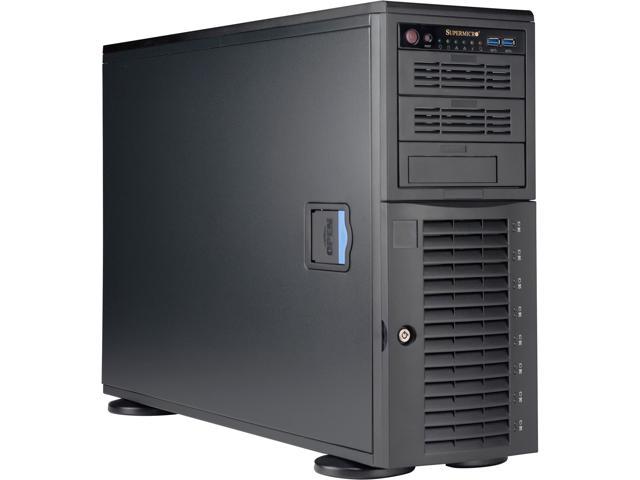 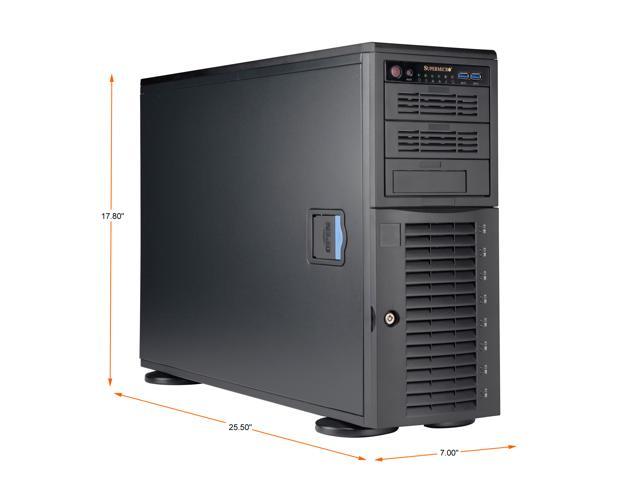 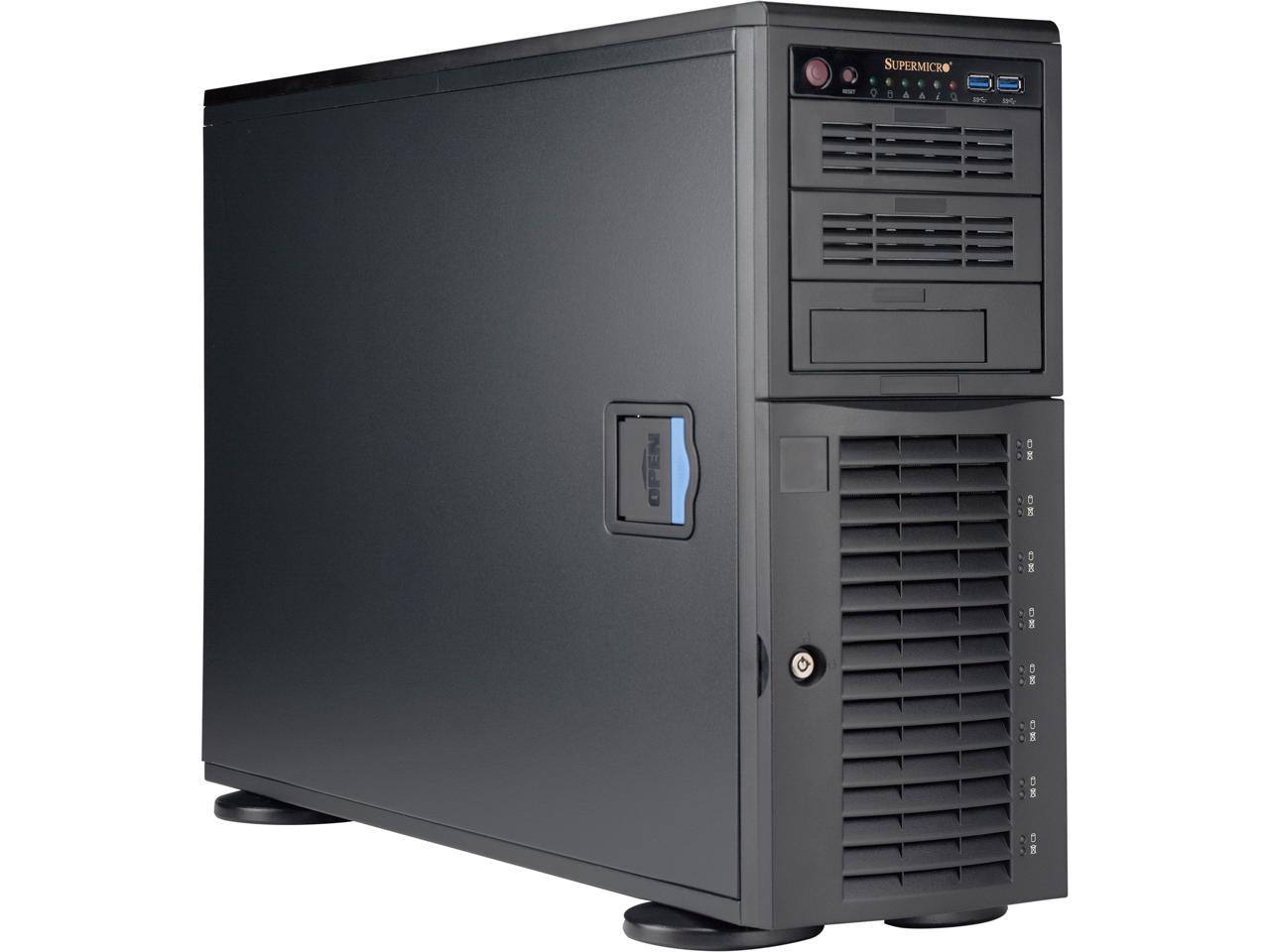 (2) Write a Review
See more "gpu server"
OUT OF STOCK.
Please note that this product is non-returnable and non-refundable.
Specs
Reviews

Overall Review: Things I wish I knew BEFORE I bought Supermicro AMD Ryzen Threadripper PRO Quadro Workstation, 16-Core/32-Thread, 3.9GHz, 64GB (4x16GB) DDR4 Memory, 1TB NVMe SSD, 2TB Toshiba HDD, NVIDIA PNY Quadro RTX4000 8GB GPU, Windows 10 Pro Installed (N82E16859152108) Now that I have it up and running, I'm ***VERY*** happy with the system. This took a lot of effort I would have skipped if I had known. *Motherboard -Workstation Flagship MBD-M12SWA-TF-P Motherboard, E-ATX, AMD ThreadripperPro, OLGA-409 Socket -The motherboard only has *4* SATA connectors. To get 8 SATA drives to work with the 8 drive enclosure, you need a SATA Card added **extra** with the system. The cable for the extra drives ***is included***. The cable is very specific. The cable is ***not*** preinstalled, someone will need to install the cable and attach to the ADDITIONAL purchase of a SATA card. -TROPRO PCIe SATA Card 10 Port with 6 SATA Cables and 2 SATA Power Splitter Cables, SATA Controller Expansion Card with Standard Profile Bracket, 6Gbps PCIe to SATA 3.0 PCI-E X4 Host Controller Card <=== This card is ***NOT*** compatible with the motherboard. The card worked fine in other machines, but would not boot up with the motherboard. -My system came with the BOTTOM 4 drive enclosures attached to SATA on motherboard. I tried to put drives in the top 4 slots and was stymied... *Case -Lockable cover isn't super lockable. A soft sole slipper can easily knock the cover off the case (from the hinge side) without a person even knowing that the slipper hit the cover. The cover pops right back on. *Video -The NVIDIA PNY Quadro RTX4000 needs DisplayPort connectors. These are not included, you need to purchase them separately.

Pros: Shipped in a very well protected box and arrived on time. UNpacked the box. Use the VGA output connected to your monitor to initially set-up your system. This will load the updated drivers, configure windows, etc... The standard computer setup. Formatted the HDD and all works perfectly. I am adding more M.2 and SATA SDD drives I was looking to build something similar but could not do it for the same price. This system is highly expandable so it should last a very long time.

Overall Review: Excellent product - will be used for CFD. Very satisfied with the product at this time.