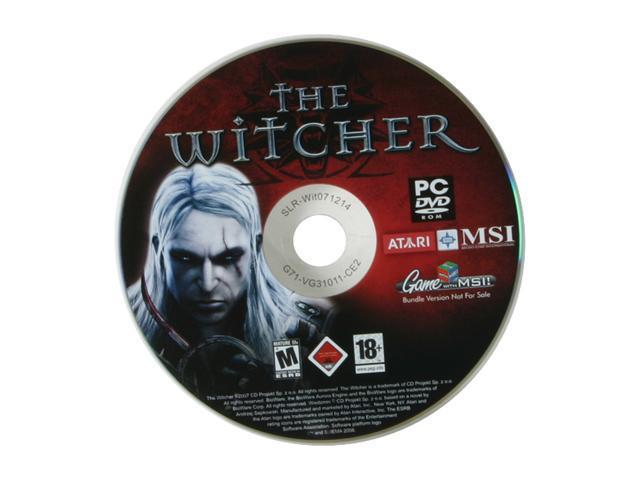 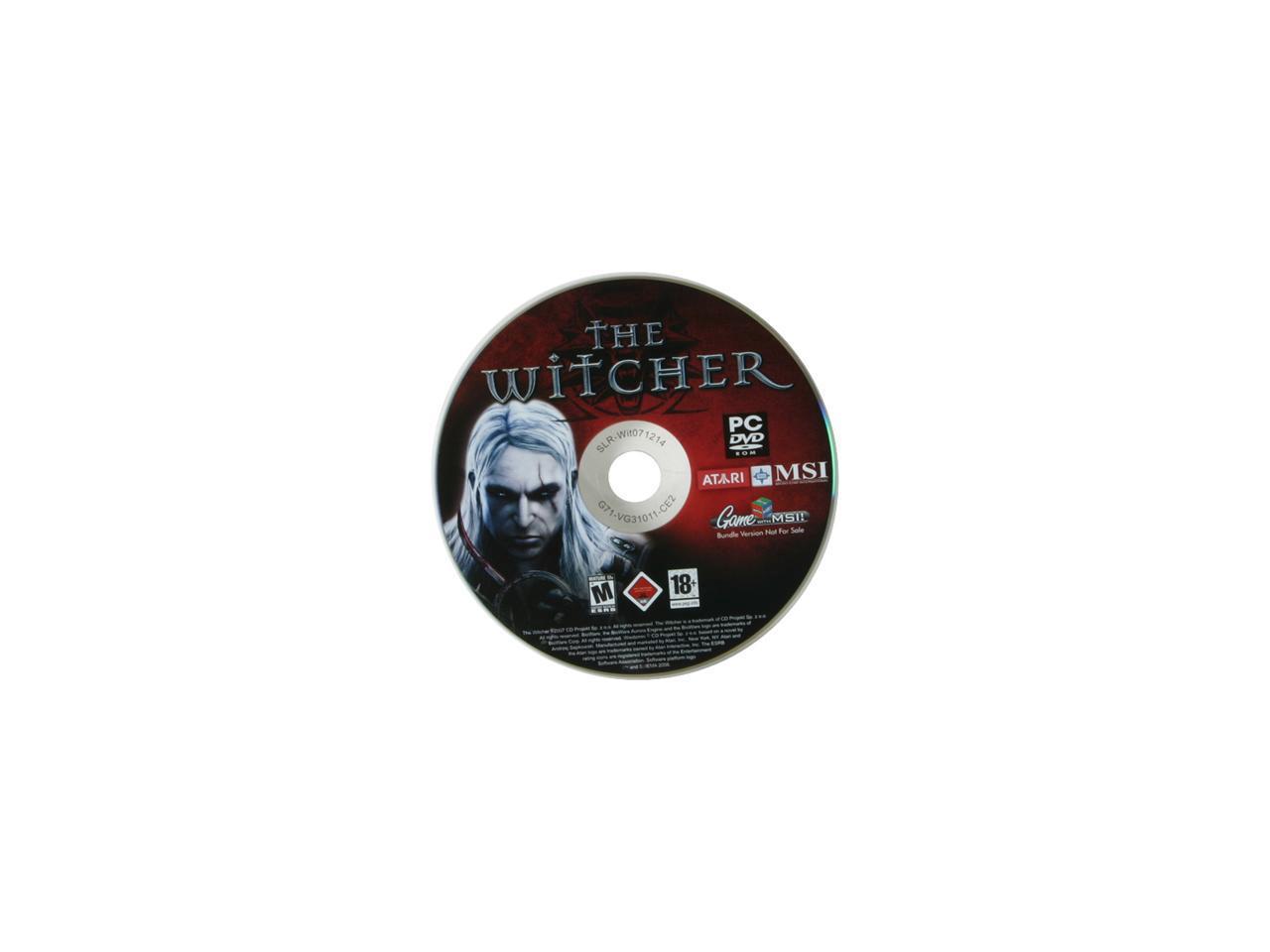 (120) Write a Review
OUT OF STOCK.
Specs
Reviews

Learn more about the Atari The Witcher

Pros: Gorgeous environments! The developers really outdid themselves with the world design. Rich, detailed scenes full of character that suck you into the world and won't let you go. Open-ended lands full of choices and consequences. The music is original and beautifully masterful. All the files are in Ogg Vorbis format so I just imported them into iTunes and now enjoy listening to the music by itself. This game involves many hours of gameplay. For me, what truly makes this game shine is the extraordinarily deep study of human nature and human society. The creators of this game spared the typical optimism of most games today in favor of a realistic depiction of the human race's true dark desires, its raging depravity, and its overwhelming corruption. It addresses all the darkness that people today ignore. The most horrific monsters in this game are found in each human, not in the dungeons... once again, true to life.

Cons: Two words: loading times. Although the loading screen artwork is extremely beautiful, I can't really appreciate it as much while I'm literally willing the load progress bar to move faster. The combat system is a good concept, but in heavy battles it is one of the most frustrating things in the game. Every action from using magic to drawing a sword takes far too long and in the meantime you get pummelled by enemies surrounding you. It's unwieldy and unresponsive with more than three enemies. Though when it does work, it's graceful and fluid; a pleasure to watch. My game also crashes about once every 1.5 to 2 hours. I've attributed it to a memory leak. I just save often and use a crash as a cue to take a break.

Overall Review: Forceful intimate relations, murder, theft, bribery, prostitution, corruption, suicide, arrogance, religious fanatisism, debauchery, drunkenness, poverty, selfishness, and young wives beaten so hard they loose teeth. If you're tired of seeing these things in society ignored, this game will give you a chance to act.

Pros: You won't find a more polished, mature, well designed, artistically stimulating, innovative, thought provoking, and downright beautiful game made this year. Stalker takes a close second after you patch and mod it up, but the genres are not comparable. If you delight in a gory, mature RPG designed by people that love PC games, this is your game. If you've enjoyed Gothic 2, Oblivion, or even KOTOR, you will find much to love here. It smacks of inspiration, wit, and vibrance few games today display.

Cons: High system requirements. Very mature content, from brothels ro drug use to drinking games to gambling this title has it all. Also some dismembering and torture, as the situation may require. Also a lot of carnal themes (apparently newegg put a hex upon using the word you-know-what), all the way from dirty innuendo to drunken one night stands.

Overall Review: Brilliance in a box. Easily the best game made in 2007. Make sure you have a beefy system to play it on, and patch it up with the official patches before you start.

Pros: Great Game especially since it came free with my MSI 9600Gt. A definite buy if your a fan of the action rpg genre. Hold on to it for a while because they will be releasing the Enhanced version some time around September and will include a patch for the people who already own the game to reap the same benefits.

Overall Review: A word of advice, the european version is uncensored and the american is censored. There are ways to convert the american version very easily, just check around the web.

Pros: If you're into RPGs, you'll like this game. It has plenty of stuff to do, many decisions you make alter the gameplay, and the combat system isn't just madly clicking on enemies. The bugs and crashing problems have been fixed with the latest patches, so don't let people complaining about that deter you. Here's a major Pro. When they release the enhanced version of the Witcher, previous owners can download it for free. I thought I wouldn't be able to, since this OEM copy doesn't include a product key, but with the help of some people (like coastie below, hi!) and a quick email to Atari, I got it all sorted out. Atari sent me a product key very quickly, no questions asked. I'm now registered and ready to go.

Cons: Really just nitpicking here. The camera system could use some work, but it's not completely horrible. Even though the US version of the game has been censored, it still has a good amount of 18+ content. I would not recommend players below 16 playing this game. I wish they would have left the original voices (Polish) alone when they censored the US version.

Pros: It came free with my MSI card. Beautiful graphics. Nice way to show off a card capabilities. *Bigger Pro: Luckily I did not buy this off a shelf for 49 bucks.

Cons: It seemed more like an interactive movie. Wayyy to heavy on cinematics. I didnt care for the gameplay overall.

Overall Review: Do not use this game bundled in with a particular card be your guiding force if there is something else you like just as well. I love the card but the game is now a coaster on my desk.

Overall Review: Got this game with a graphics cards. Although I delved into it earlier last year to do a review, I gave it another chance and have found little that has changed. I do hear that a huge patch is coming out to fix it so don't throw this thing out your door yet.

Pros: I has an excellently absorbing plot and story line for those die hard RPG fans out there. Very pleasantly immersive and captivating. I'm very much enjoying my time playing it. It's a unique and much needed break from the monotony of so many unfulfilling themes and worlds. Also you've got plenty of hot young fillies in this game to enjoy leering at, if you're into that stuff. You can't really go wrong with that, if you're someone with testosterone who didn't grow up in a monastery.

Cons: This version of the game is censored in terms of the "lack of clothing" on certain female characters in the original design release. Only imported foreign versions are inherently uncensored. There do exist 3rd party uncensor patches for this American version, but they contain "side-effects" which disrupt the "RPG feel" of the game and, as such, aren't really worth it, in my opinion. If you're the leet hack n slash type, with less appreciation for RPG aspects, this game still might disappoint you, because more effort was put into ambiance and theme than combat. Combat still strikes me as bland and unfufilling, though not too much so to stop me from enjoying the game... still I'm the RPG type so maybe thats the saving grace for me.

Overall Review: This is definitely an absolutely awesome deal if you're one of those who got this game for free in a GPU combo package! The game is still very high priced on the retail market right now.

Pros: I recently read that a significant update/patch is planned for the English versions around May or June, fixing many issues and redoing the voice dubbing and restoring content, in other words finishing the game!

Cons: I got this game in the MSI 8800GTS bundle, and though I feel like I made out, I can't install it until the update, why deal with the existing shortcomings?

Overall Review: It took me 3 years to get through all the Bioware RPGs, porting my player characters through 2 full games and three expansions, looking for every hidden secret and loot along the way, and talking to every NPC, enjoying the odd stories. I have very high hopes that The Witcher will give me that same experience, a visually interactive Epic Novel!