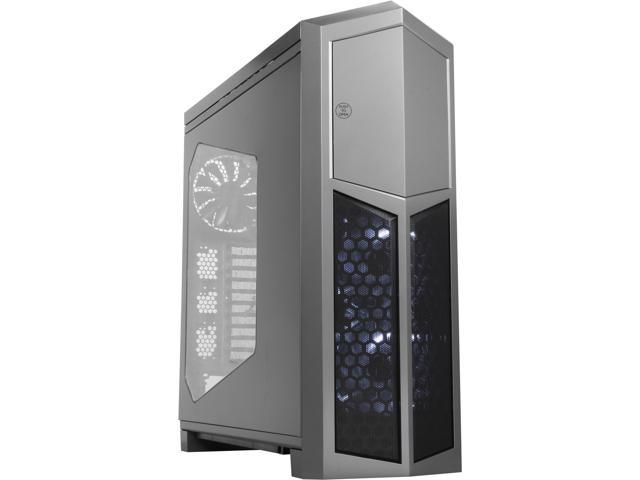 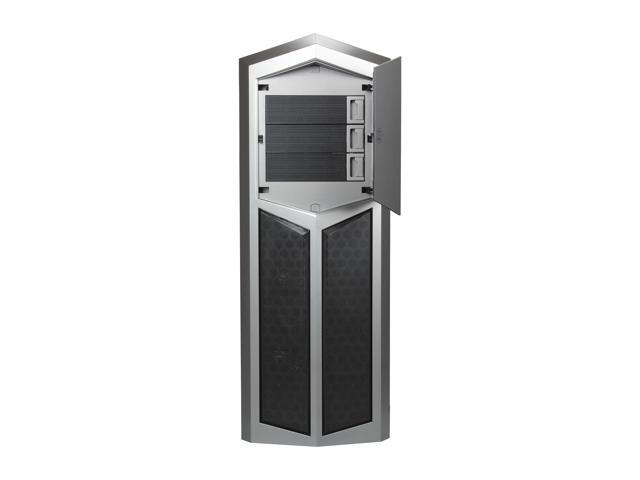 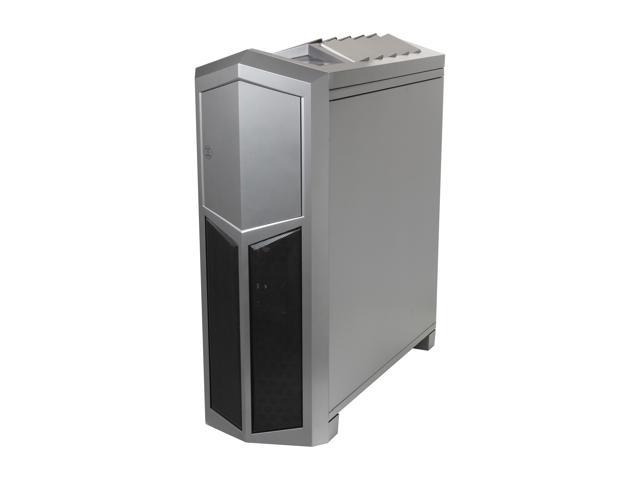 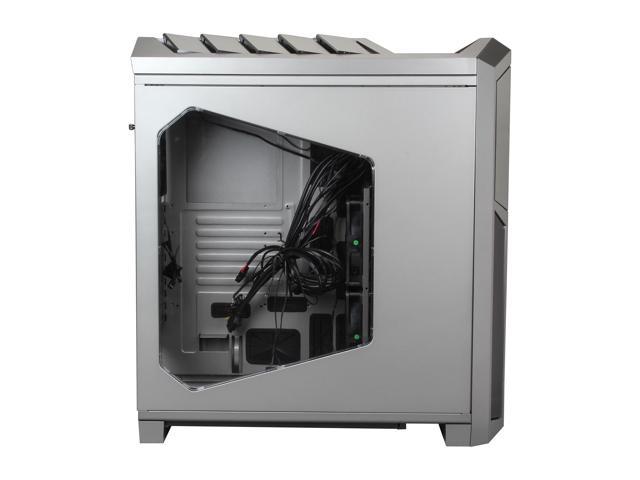 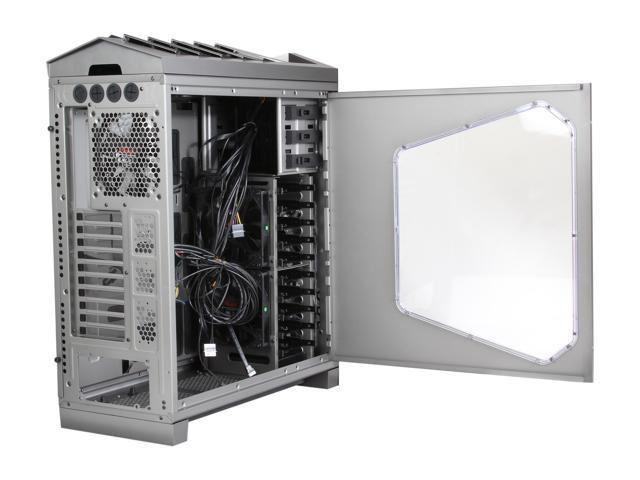 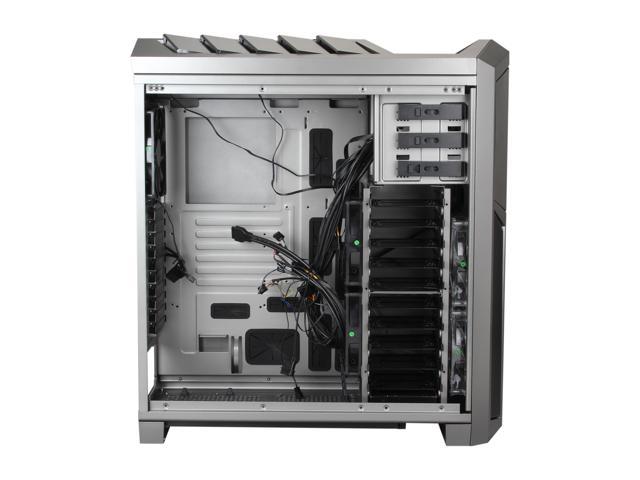 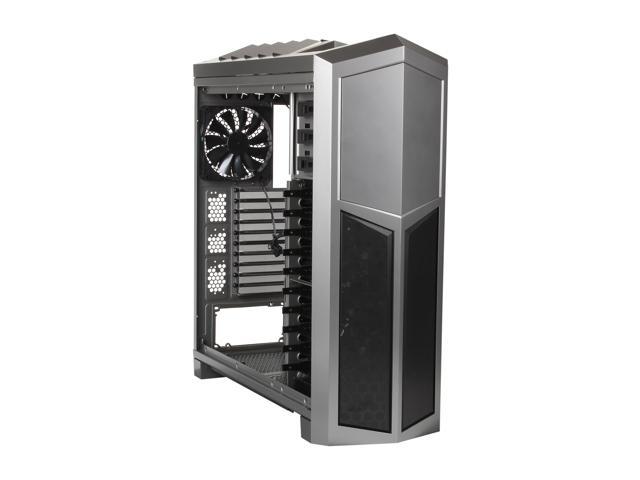 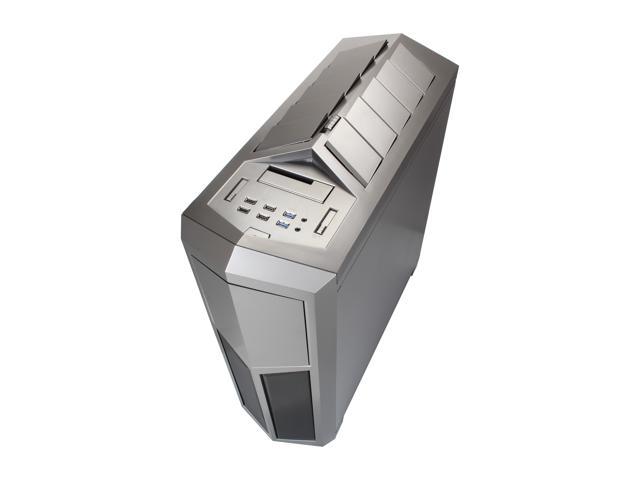 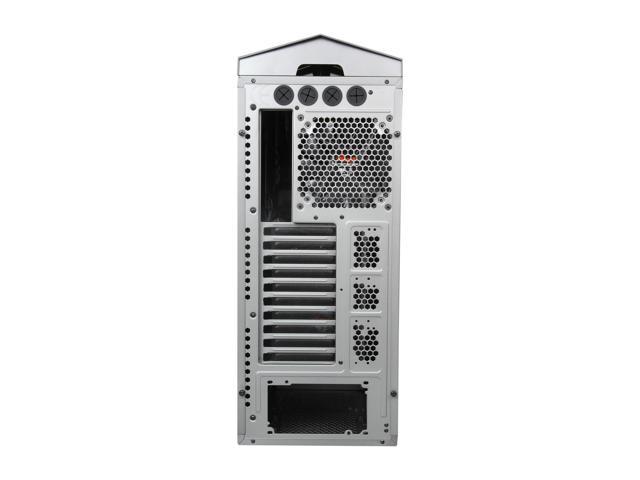 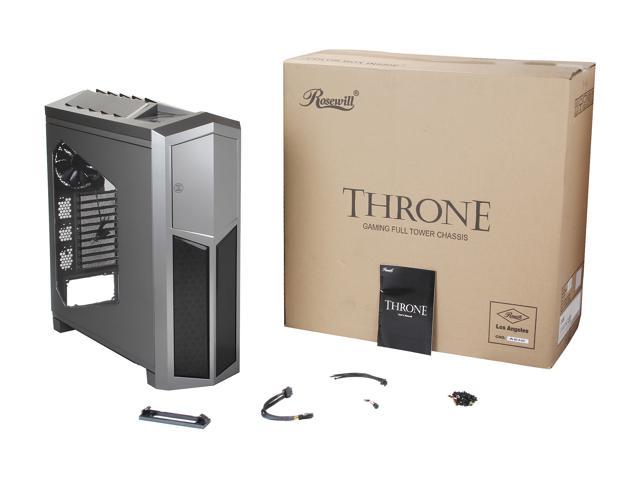 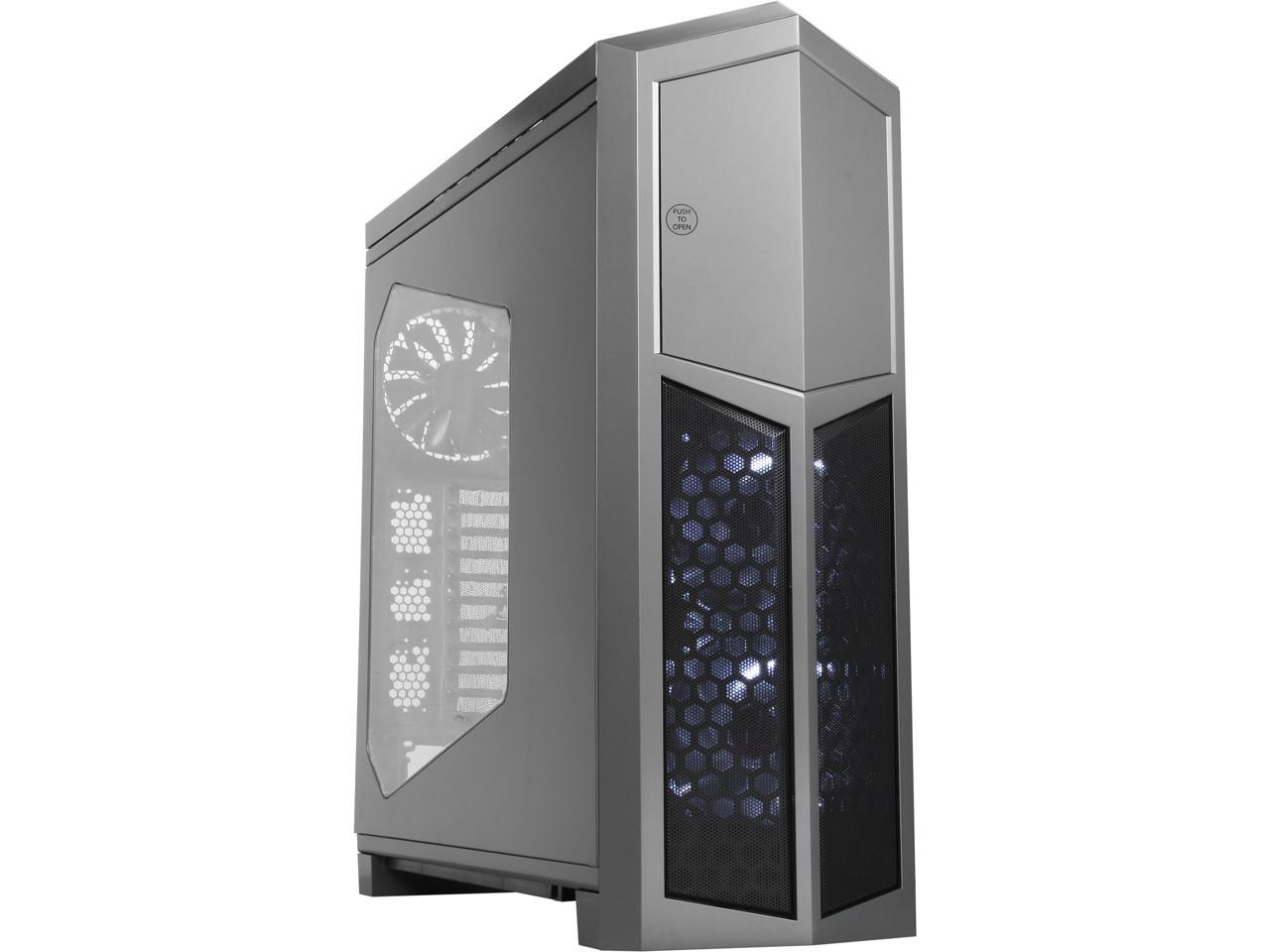 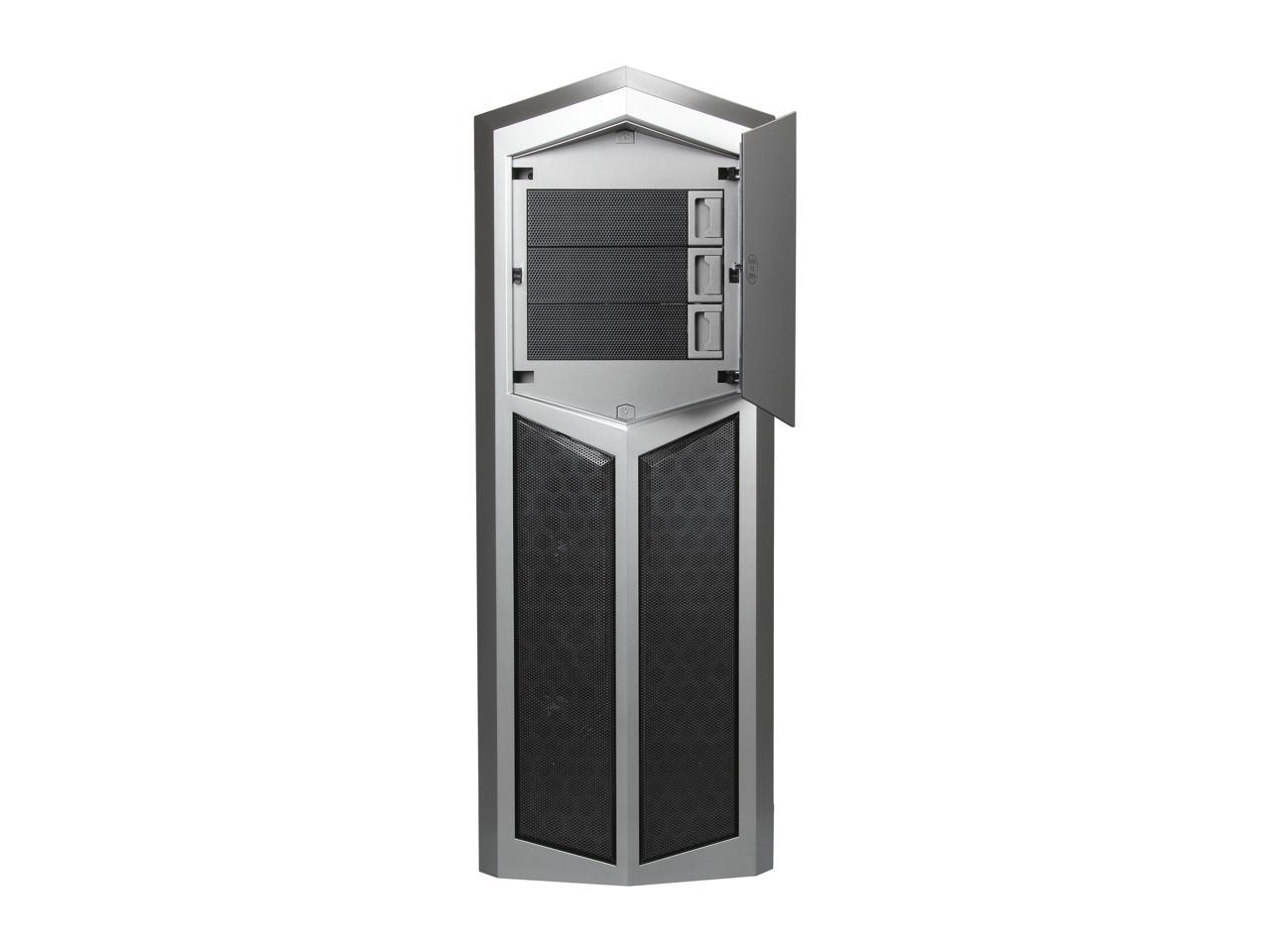 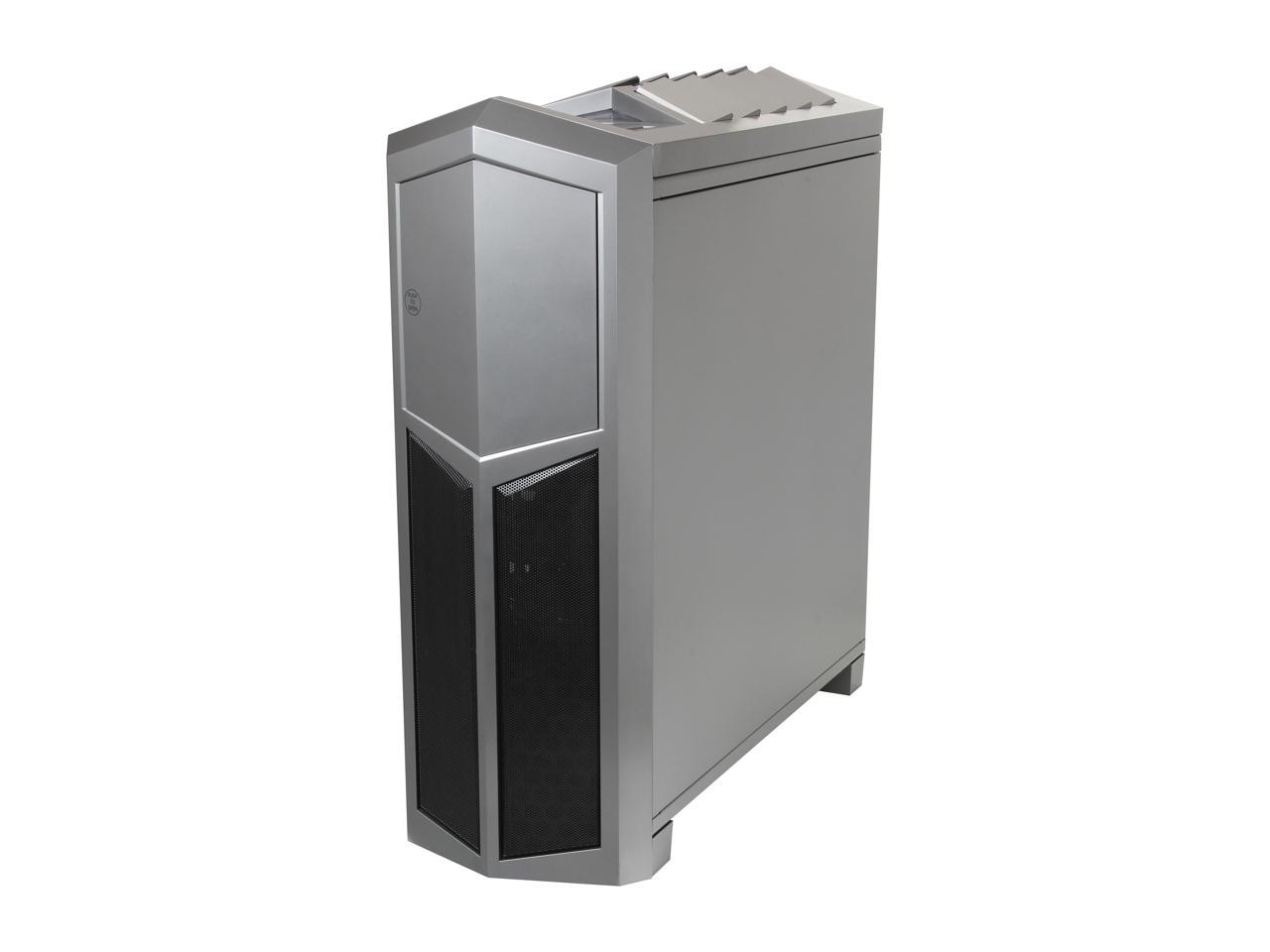 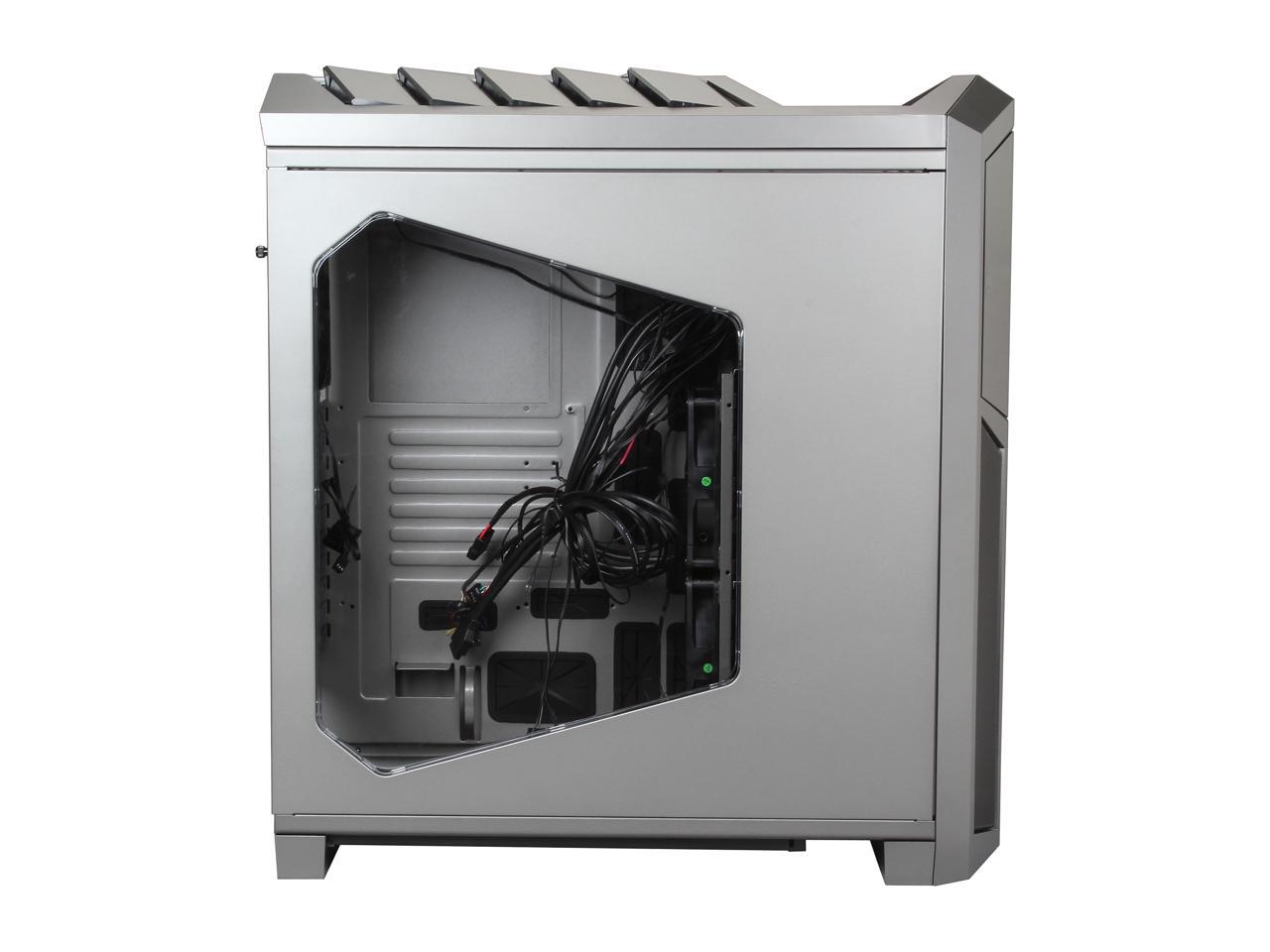 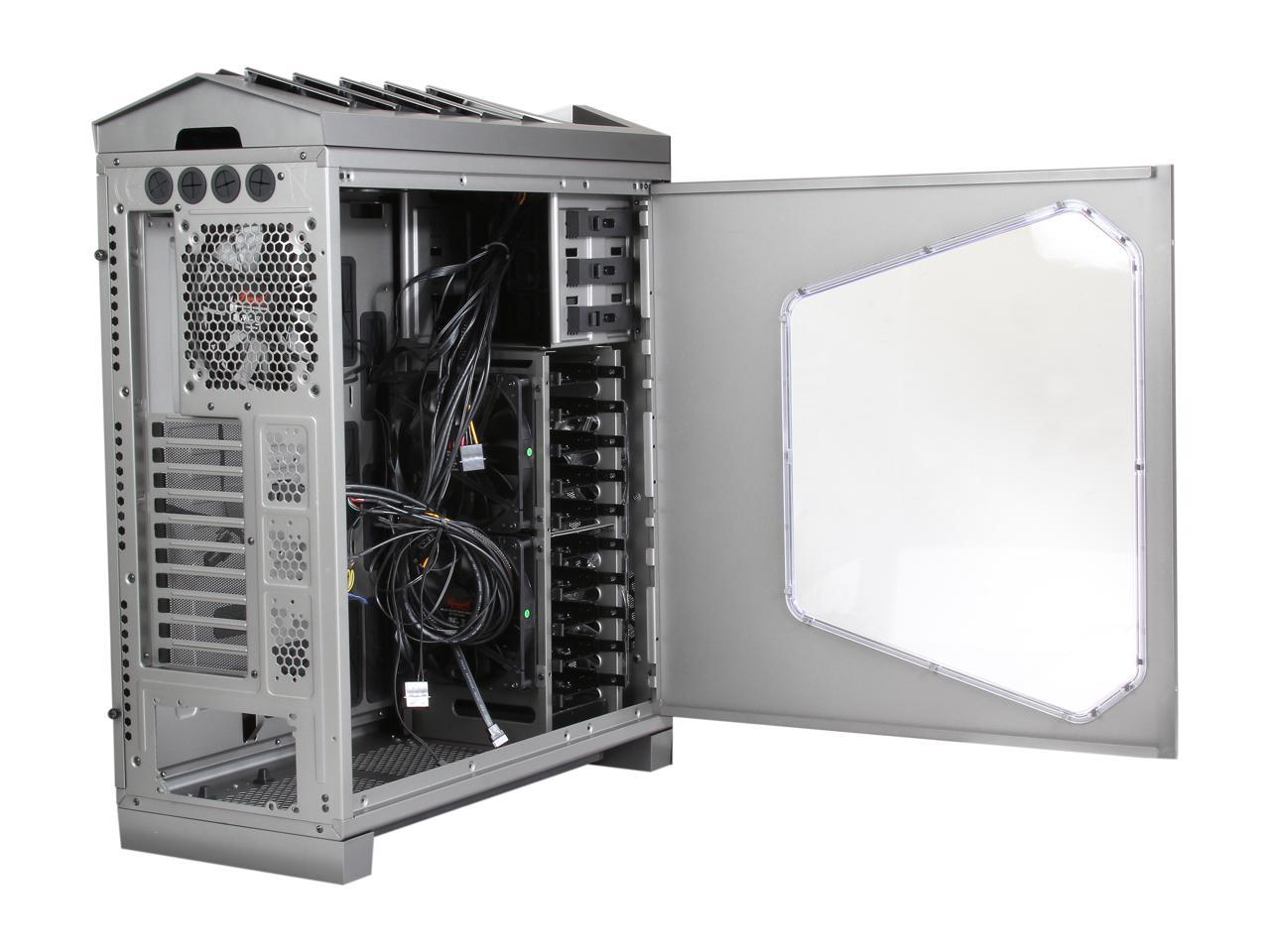 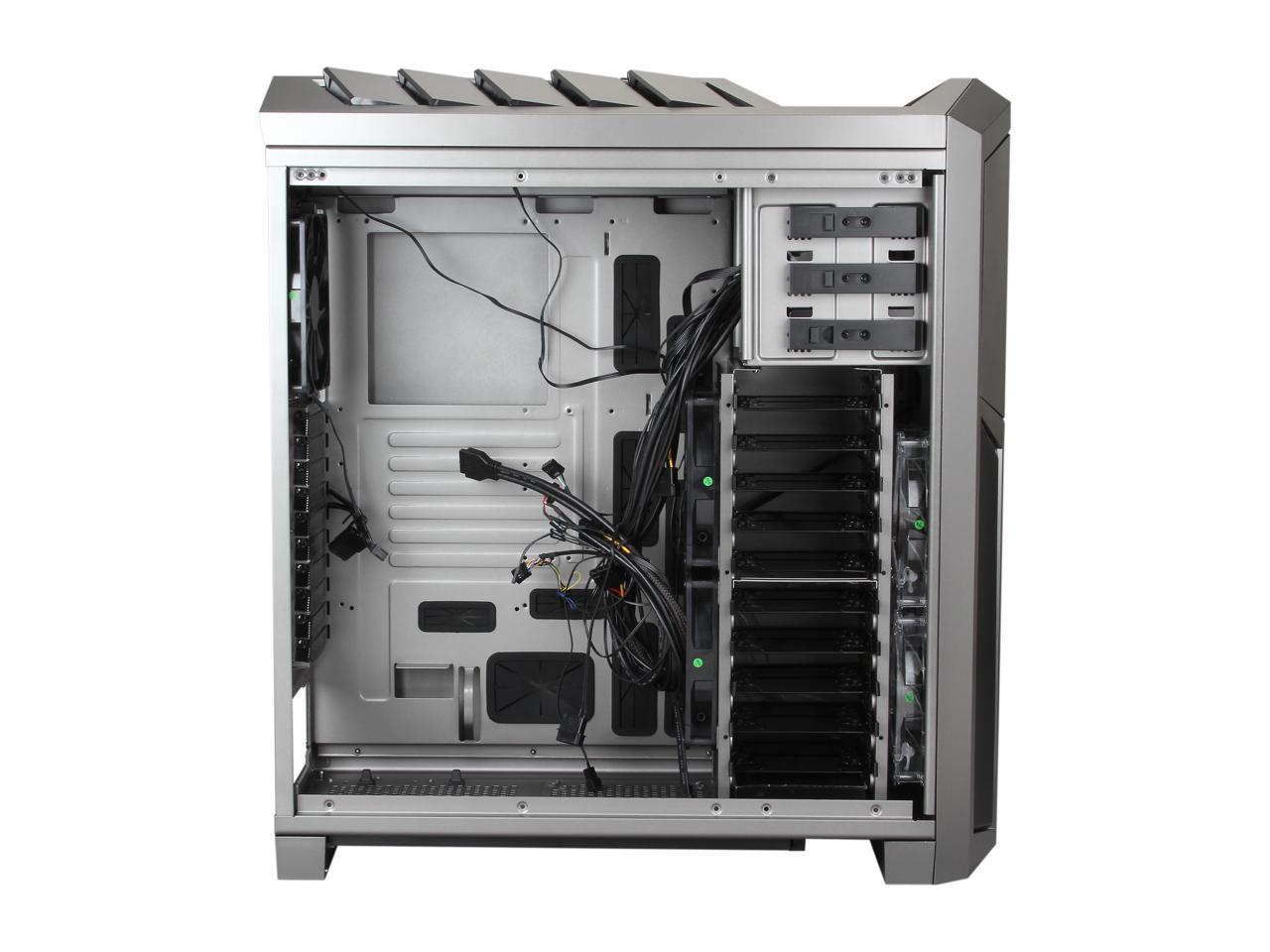 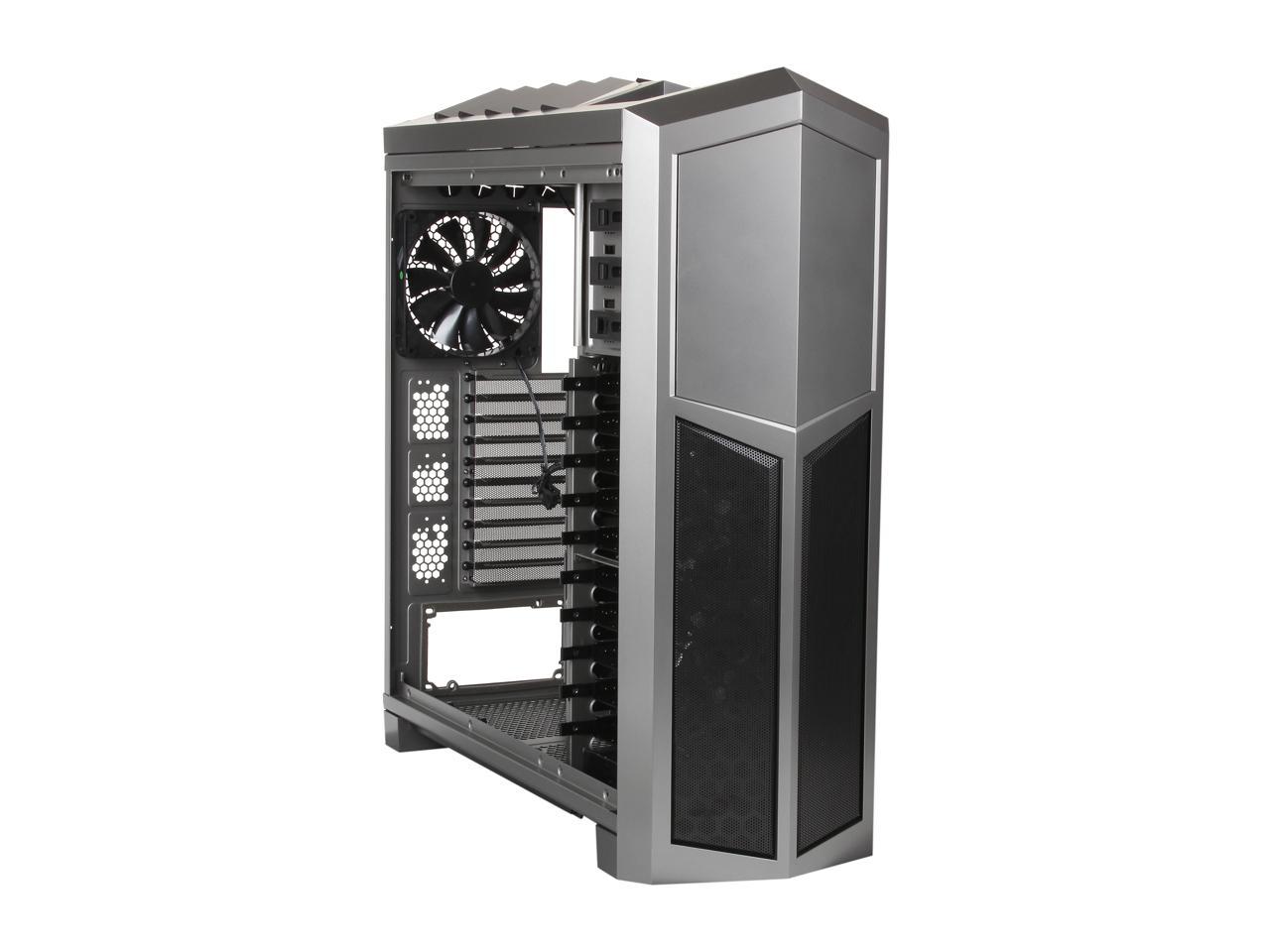 (116) Write a Review
OUT OF STOCK.
Overview
Specs
Reviews

The Rosewill THRONE-Window Black gaming ATX full tower computer case offers gamers an unbeatable enclosure that delivers a combination of both cooling capacity and performance. It has spacious interior for Micro ATX, ATX, E-ATX, XL-ATX motherboards, and supports up to eight fans. Also included are other features such as screw-less 5.25in. drive trays, 10 expansion slots, 10 HDD trays, four USB 2.0 and two USB 3.0 ports, and a bottom-placed PSU design with a dust filter. You can also show off your gaming rig through the side window. This case has all of the features that modern gamers need - and more! Note: Please make sure your motherboard is equipped with an on-board USB 3.0 socket before purchasing. Learn more about the Rosewill THRONE-G-Window

Cons: The overall build quality was good but not great. The motherboard mounts seemed slightly off for my particular board but fit none the less.

Overall Review: Overall it is a great case that will give you a lot of flexibility but I am not quite sure it is worth the price they ask. The price they ask for it puts it in corsair and nzxt phantom territory and I feel that the Thrones build quality is not on par with either. I'm still pleased with the case and would recommend it if you can get it on sale.

Cons: Plastic Plastic Plastic !!! I had to fix the top louvers, they were pushed in upon opening box (glad the side pins weren't broken) easy enough fix. top shroud to access the louvers had broken pin ( I son't know if i did it taking it off or if it was like that. Either way weak Plastic. Front holds the top down so not a huge deal but... other miscellaneous pieces of plastic floating around bottom of box (guess i'll see where that came from soon enough.

Overall Review: Even know i had a few issues with plastic and NO PUSH/PULL on top of case (wierd for such a big case). Which I knew going in, I would still recommend to anyone looking for a big black medieval looking case for a build, or a Stealth Bomber looking Build. Cool factor of 15.

Pros: I love design of this case. There was plenty of room for everything that I had gotten to fit in it. For the price it is really worth the money.

Cons: The throne is heavy for its size as well as the packaging is a little lacking. Really feel that Rosewill should rethink the way they package the unit. Received two that were damaged. 1st was the side window as well as the top, the second was just the window.

Overall Review: I took an egg off mainly due to packaging. With that said I can honestly say I will gladly purchase another Rosewill product after the customer service I recieved. After receiving the second damaged product I contacted Rosewill, ( as I didn't want to have to wait another 2 weeks on a RMA) to see if they could just send me a new clear plastic for the side. They said that they couldn't but they could send me an entire new side for it. After a couple weeks I received the new side with no issues whatsoever with it. This is the second Rosewill case that I have owned and I couldn't be happier. I will definitely get another Rosewill Case when I am ready to upgrade.

Pros: Plenty of room Way more drive bays than you'll ever need Great airflow and cooling options Quieter than my laptop even with fans turned to max You can watch your fans spin and make racecar noises You can even fit your monitor inside it

Cons: The window brackets are strange and need to be adjusted with pliers for a snug fit I have no idea how to carry this thing

Overall Review: I just checked on the measurements for this thing and I can't honestly believe it's <2" tall. This thing is massive. Rarely (never) have I made a computer purchase and thought "I may have overdone it" but there's a first time for everything. Beyond that, it's an amazing tower and they really took the time to manage the fan cabling so that you just plug in a 4-pin molex and off you go. Managing the rest of your cables is a breeze as well. Only real issue is during shipping a couple of the window brackets were broken off, but that's no fault of the manufacturer. A 5-minute plier job was enough to keep the window in securely for my purposes. It looks silly with a uATX motherboard inside it. 5/5 would buy a small vault again

Cons: The front cover for the 5 1/4 bays is a little flimsy had to mod the top cover to fit a push pull for my corsair h100i and the drive bays are all fixed

Overall Review: I was aware of the cons upon purchase, so overall i am very satisfied.

Pros: Case is quite big. Works fantastic, can manage all wires with ease and fit both Sapphire r9 280x graphics card without hassle. Air flow is amazeballs.

Cons: Unfortunately I did not receive any screws or parts with my case, at all... My door leading to my dvd, blue ray does not close shut for the little tab that is suposed to keep the door shut was broken when i unboxed it.

Overall Review: Worth it. if you get all necessary parts and no broken parts..

Pros: It is huge, more than large enough for my personal needs. If your going for great case with awesome cooling and looks, this is the case for you. All of my parts fit in the case and have plenty of extra room. There is more than enough space in the back for cable management and plenty of places for cables to access the back. With a total of 5 fans stock and room for a total 12 fan slots, this will keep your computer cool no problem. The red LEDs match with the case perfectly.

Cons: There is only one con the is noteworthy. The 3 5.25" Bays are very hard to put something into, or at least in my case. The locking mechanism is very good, however it is very hard to put anything into them. If you try to use all 3 slots there will definitely be trouble. Each Item I try to put in ends up going over the top of its personal slot, by about 1mm. Aside from this, I have no other cons

Overall Review: I would definitely recommend this case to any of my friends who are in need of one.

Pros: everything is a pro on this case. one of the best built and featured cases ive used. i maxed this case out with 10 fans and im loving it :)