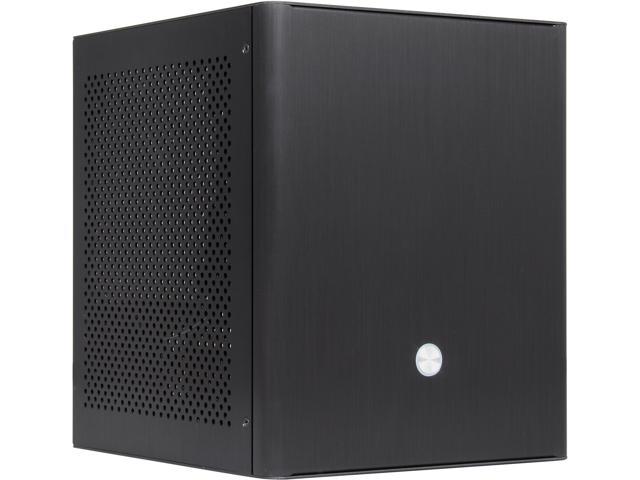 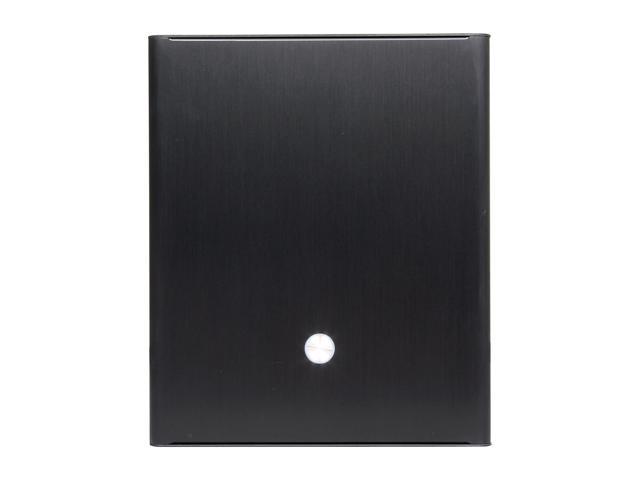 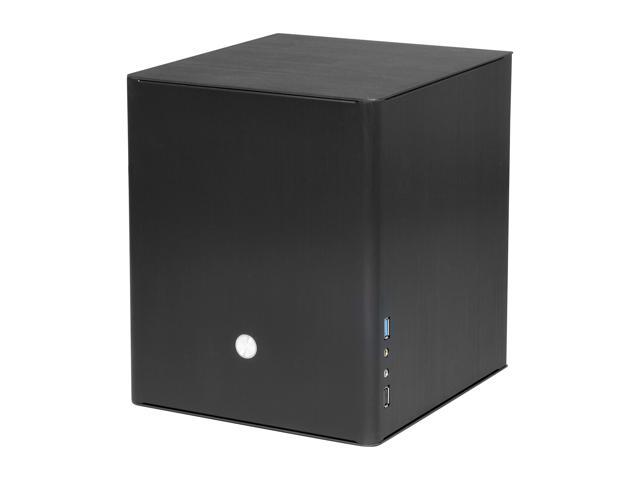 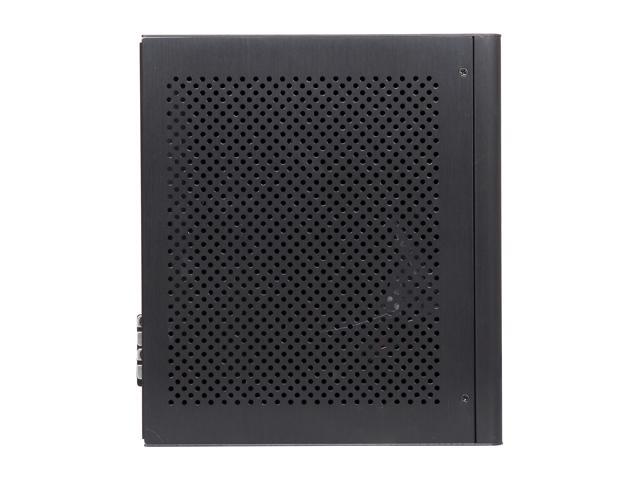 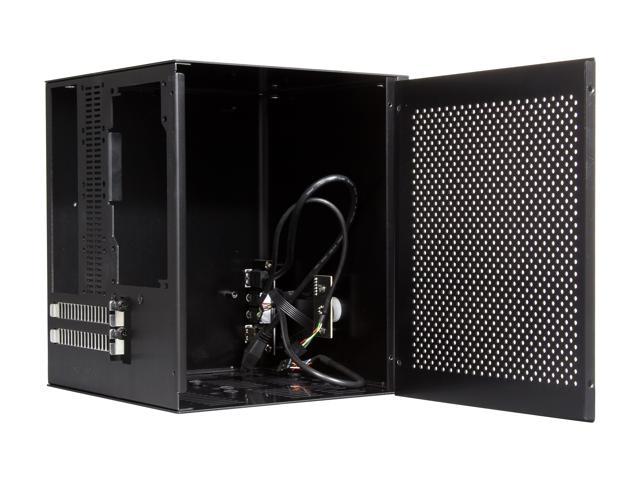 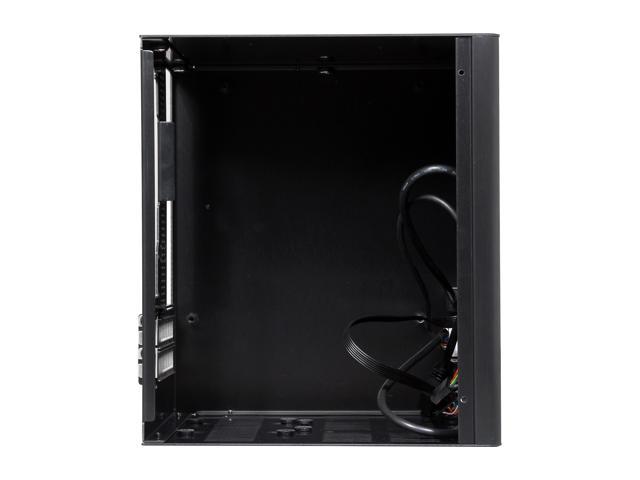 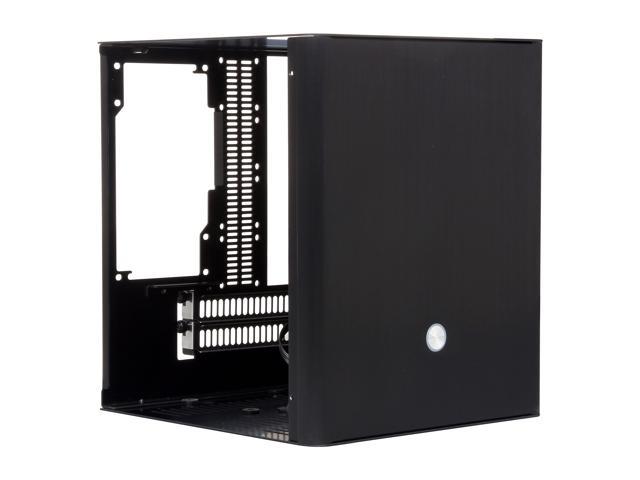 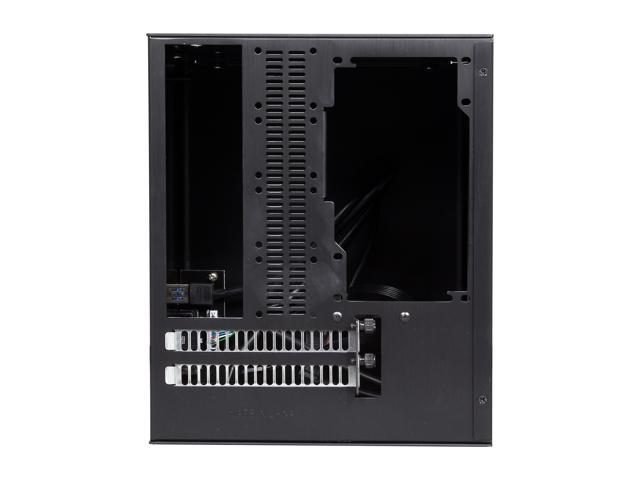 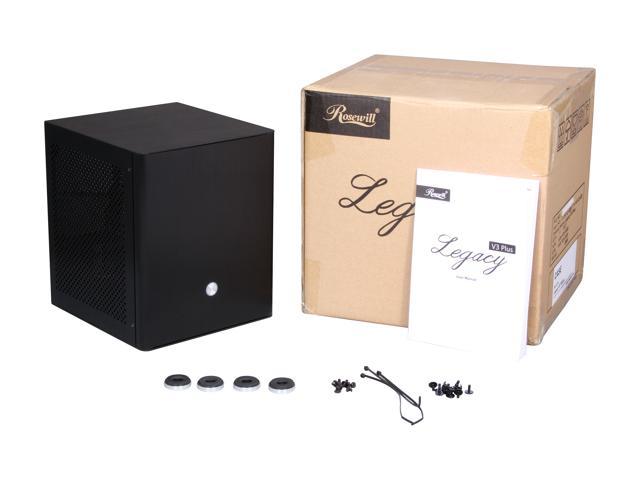 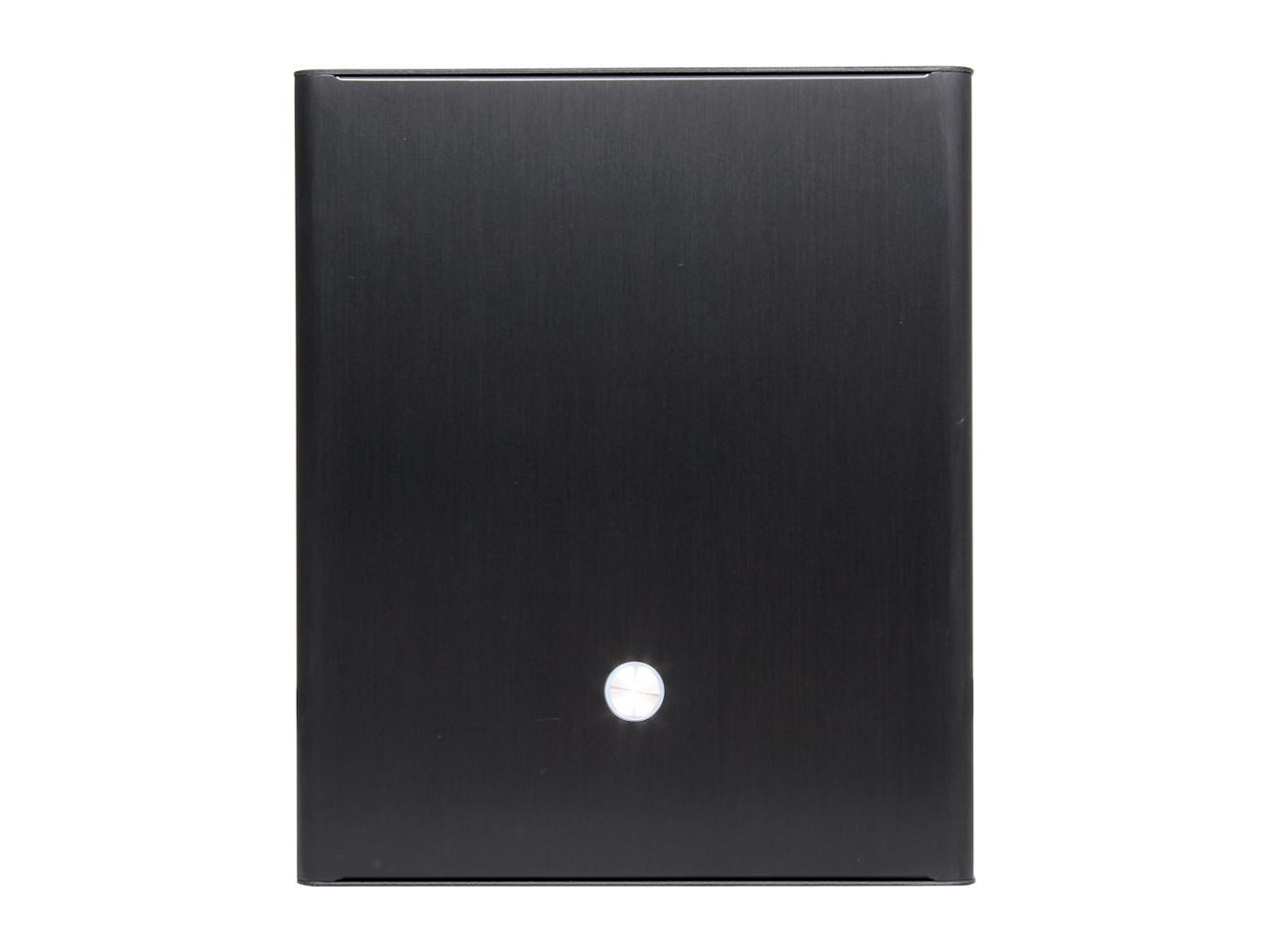 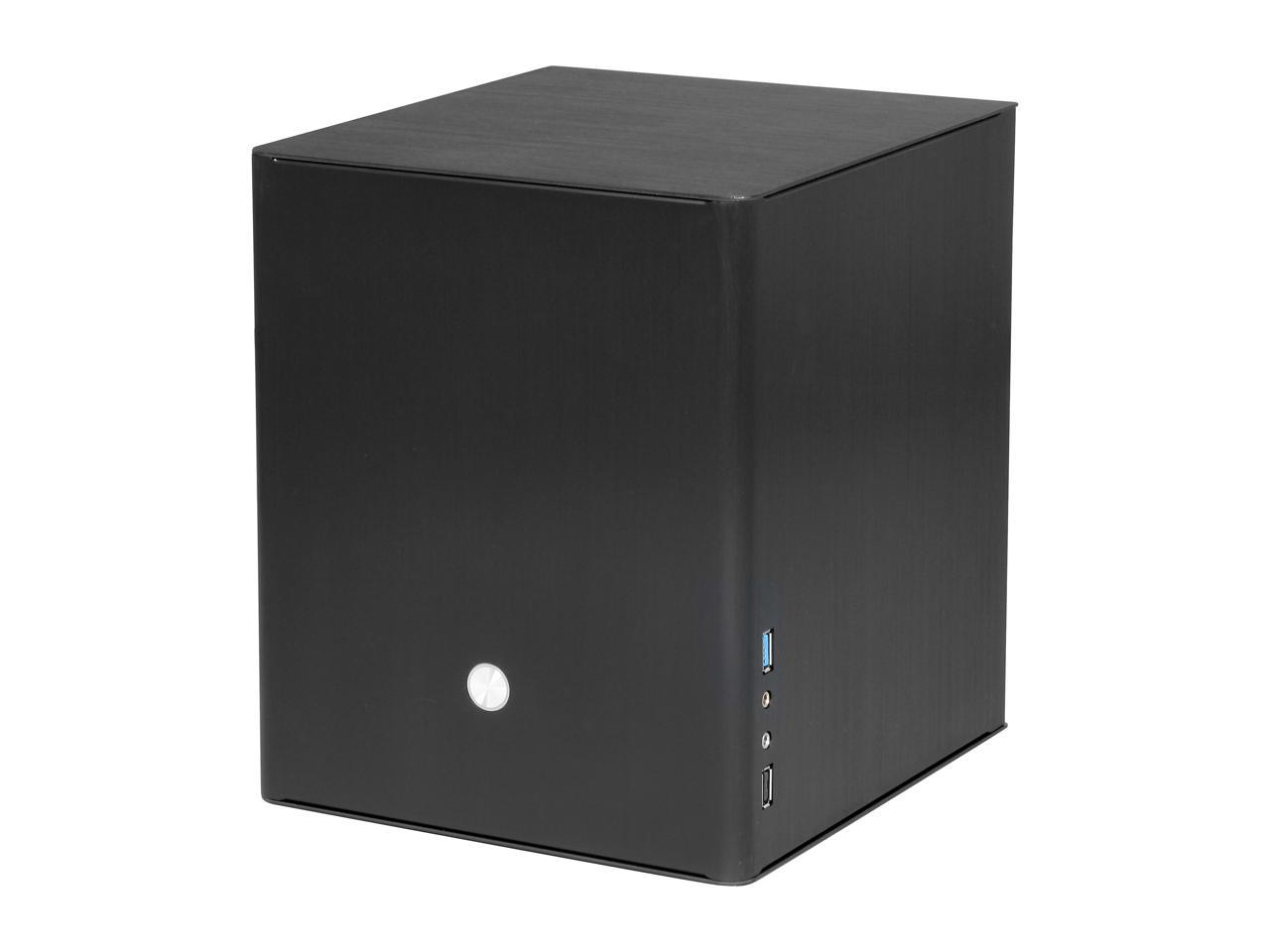 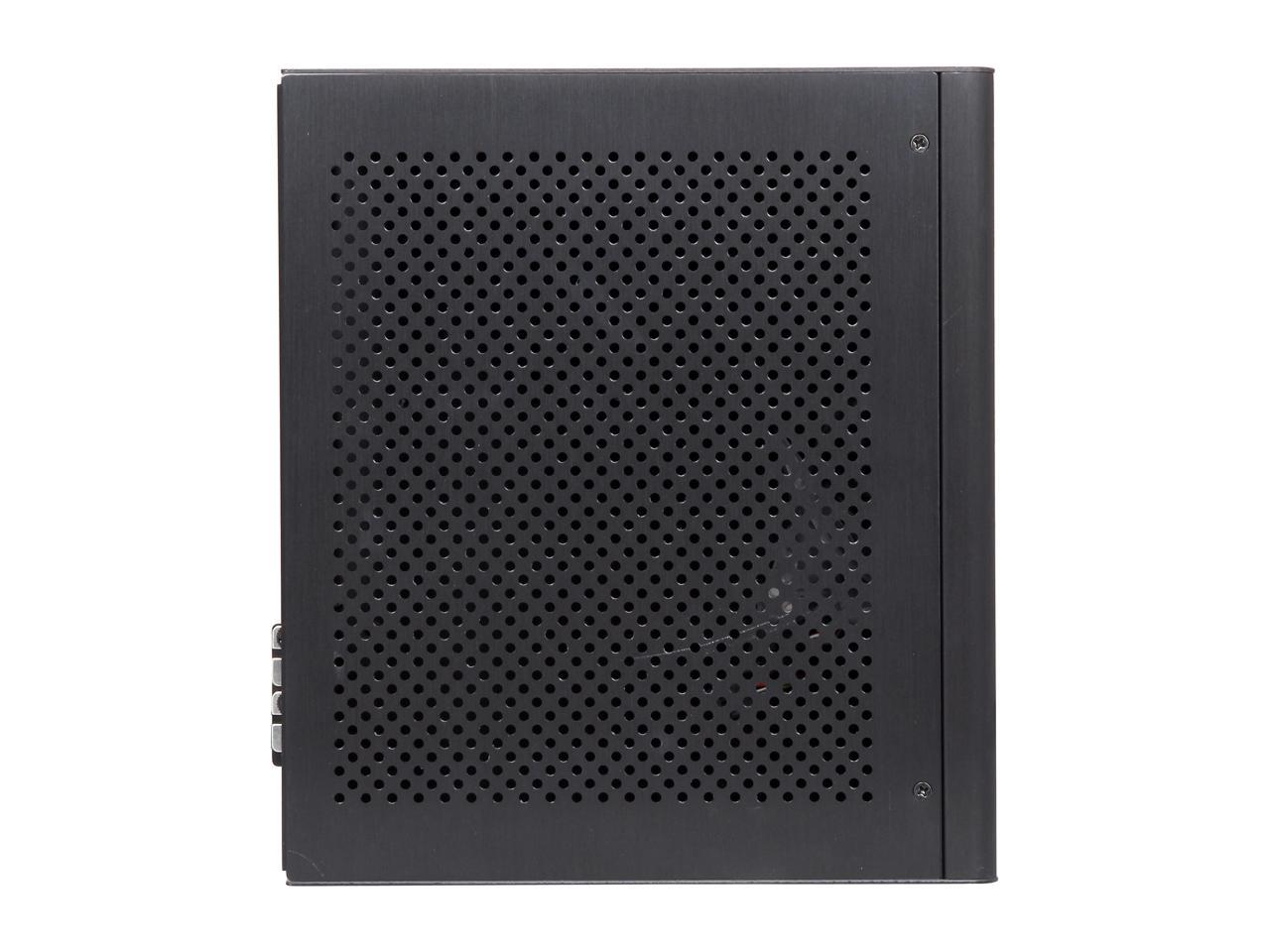 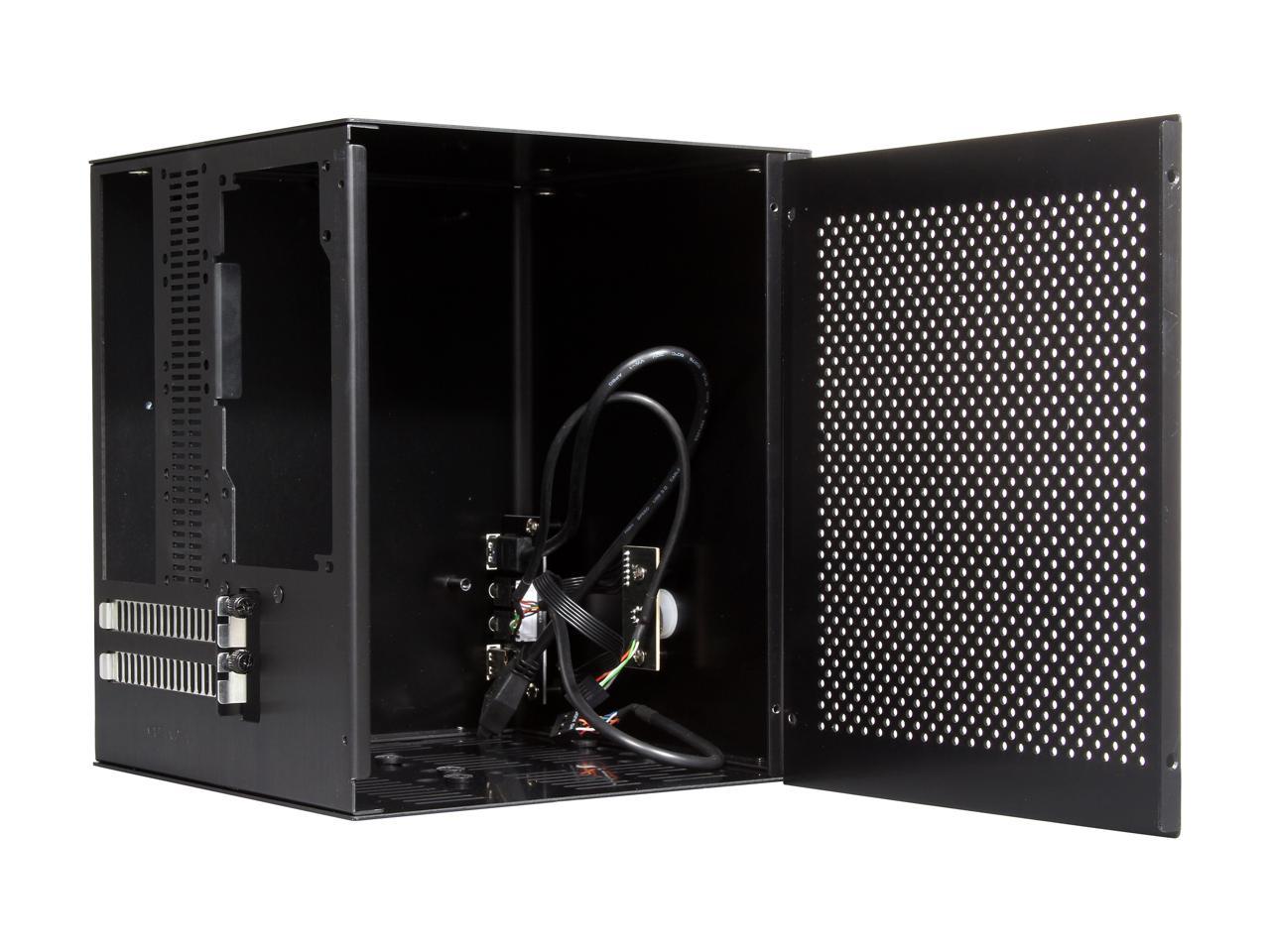 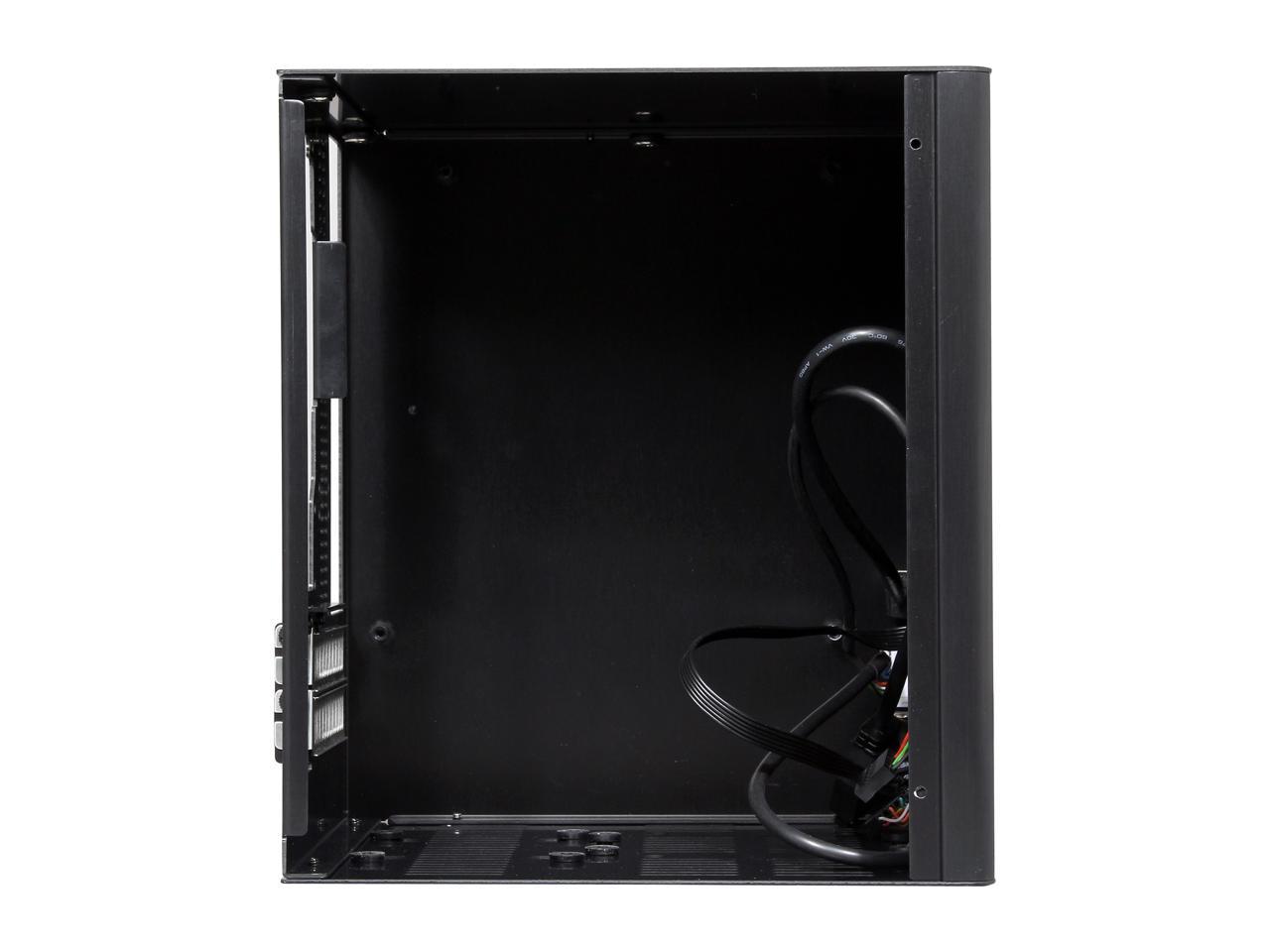 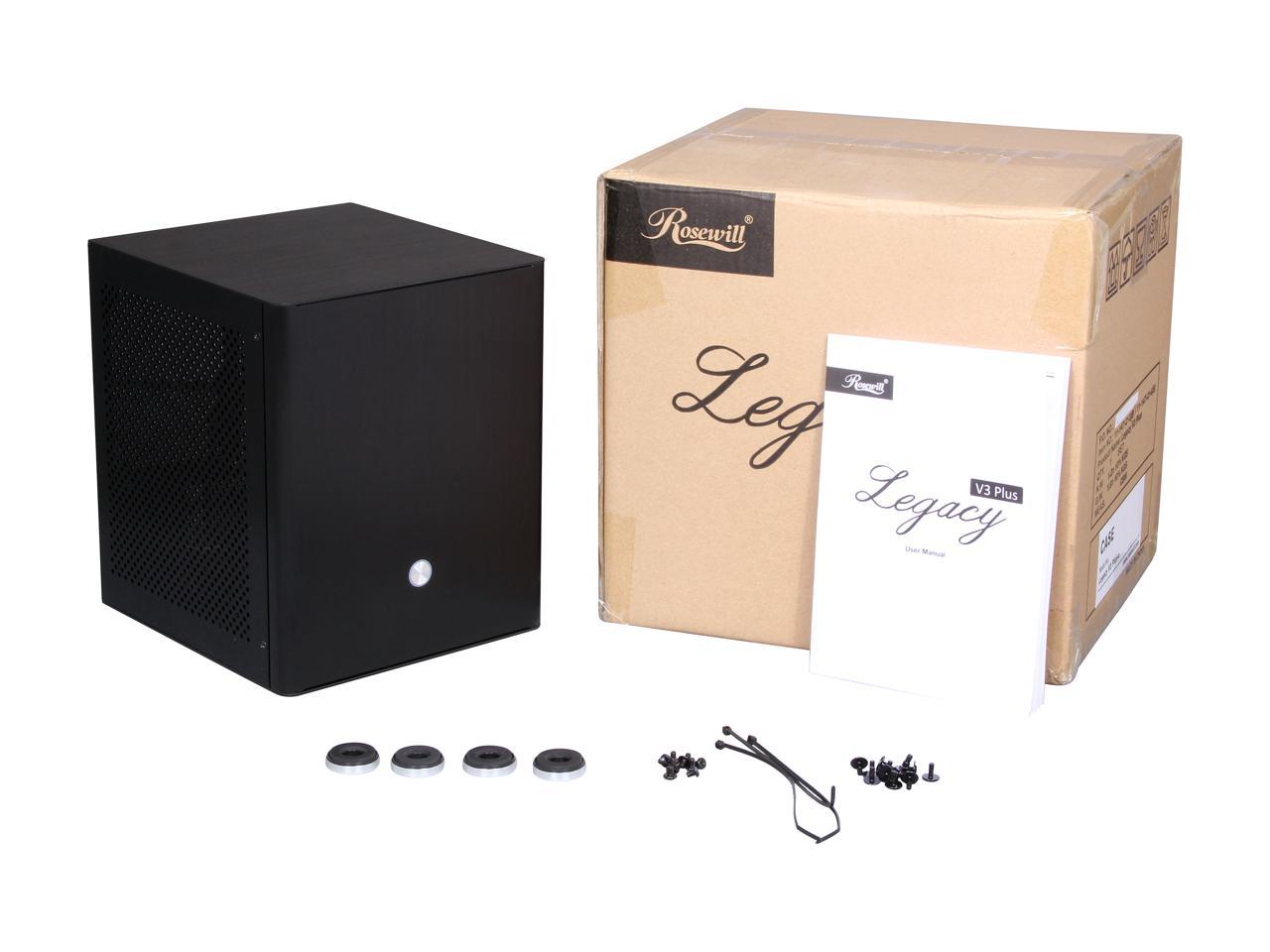 Pros: Case is all thick aluminum, no stamped steel. Lots of ventilation room for 2 ssd drives natively and could convert 3.5 spot to hold another ssd. Can take an ATX PSU.

Overall Review: Plenty of room. Have mine setup with a Pico PSU so good amount of room for a large heat sink. About 170 mm heat sink would fit without an ATX PSU installed. Made a Plexiglas cover to fill the ATX hole. Front power button is solid and looks good with a blue ring around it that turns red during HD access. Came with screws to mount 2 2.5 and one 3.5 drive. All drives mount on rubber grommets. Gigabyte H87N mounted perfectly. Like it so much going to get the micro ATX version for another build.

Pros: Size - This case is amazingly small, yet it can hold a full-fledged PC including a standard-sized power supply and two hard drives. Design - The look of the case is simple and elegant. It's also incredibly light weight. Price - Compared to similar mini-ITX cases, this one is quite inexpensive without feeling or looking cheap.

Cons: Cooling - 40mm fans are terribly inefficient and buying four of them is expensive. In all fairness though, you probably wouldn't need them for an office PC or lower-end HTPC. Top panel - Given the way this screws onto the frame of the case, you can't remove it or screw it back on after installing the motherboard, which limits the amount of space you have while installing your components. It would be nice if this would simply screw on like all of the other panels. Screws - The included screws aren't of the best quality. Already after my first build, some of the screws were were slightly stripped.

Overall Review: My build: Intel Core i5-4460 ZALMAN CNPS8900 CPU Cooler ASRock Z97E-ITX/ac Crucial Ballistix Tactical 8GB DDR3 1600 Kit (LP) EVGA GTX 960 Superclocked 2GB (ITX Version) Transcend 256GB M.2 SSD Samsung 2TB 2.5" Hard Drive SilverStone 450W SFX Modular PSU Fractal Design Silent 40mm Fans (4x) If you're looking to build a gaming PC inside this case, please consider the following: 1. This is not what this case was designed for, you will definitely need to invest in 4x 40mm fans. 2. With the stock cooler, my i5 would reach around 70C during gaming or other CPU-intensive tasks. After installing the ZALMAN cooler, temperatures stay between 50-60C. 3. I would highly recommend getting a SFX power supply! Not only are the cables shorter, but it provides you with much more room inside of the case allowing for a larger CPU cooler, if desired. 4. If you plan on installing a graphics card, I would not recommend installing a 3.5" hard drive. With a 3.5" HDD, there is only about 0.25" between the bottom of the GPU and the drive. A 2.5" HDD allows your GPU to breath.

Cons: I hope you have small hands! It's an ITX so I knew what i was getting into, but definitely had some space challenges since I went for an aftermarket fan. Everything ultimately went together, though. With the video card, the stated length does not include the plug for the power supply, which could cause you some trouble depending on which card you choose. (Choose a top loading card if you can, the board for the front LED is directly in the way). Included no fans whatsoever, so make sure you pick up a fan or two for airflow.

Pros: Brought this case for a friend who wanted a HTPC build this case is perfect and fits right in my friends ikea 8 square tv stand, the button in the front is a major plus making it extremely easy to turn on. the case it small and has a decent airflow, please do not buy this case if your looking for a power house gaming PC

Cons: the case is small and a little hard to work with, i had to plug all the wires before installing the motherboard into the case,

Pros: Nice looking small case. lots of room for mini-ITX system. ATX power supply fits perfectly. plenty of room. Wanted to buy Wasena case, but decided to give this one a try, since price was nice. Very satisfied. I'm planing to add a slot loading bluray to it. looks like I can fit one. Just need to cut a hole for it :) 4590 + asrock z97 fits perfectly and stays cool in my htpc build.

Cons: Black screws! why supply black screws with silver case?) all on the back and bottom so not really a problem

Overall Review: ODD option will be nice. plenty of room in the front and on the bottom of the case.