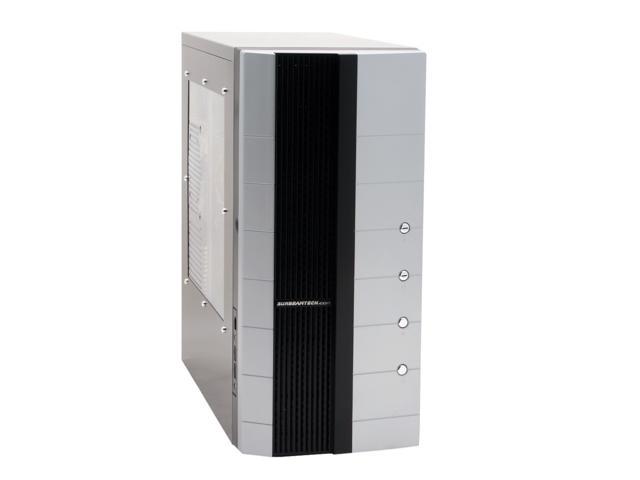 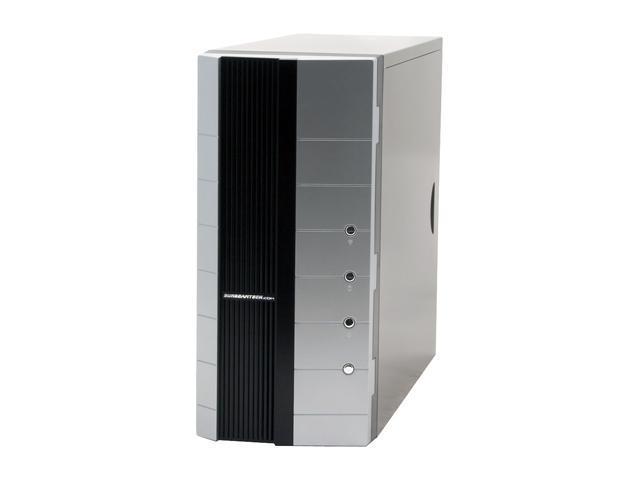 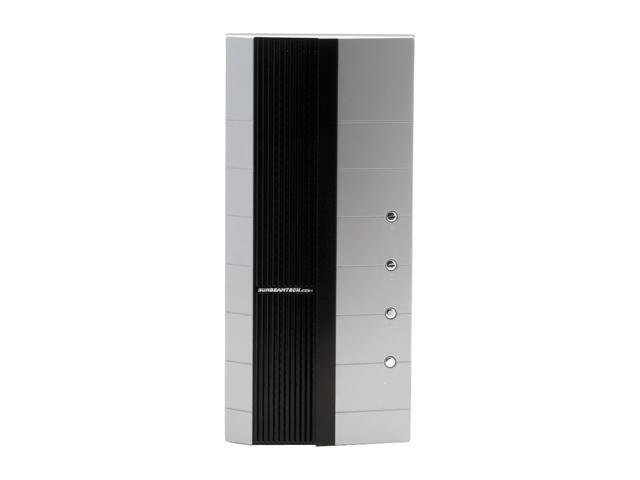 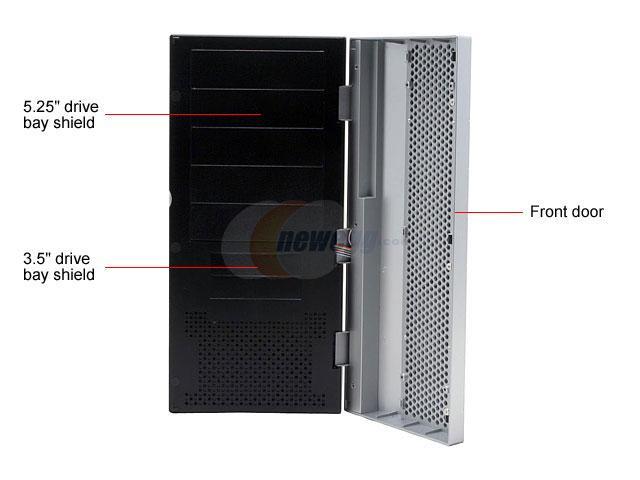 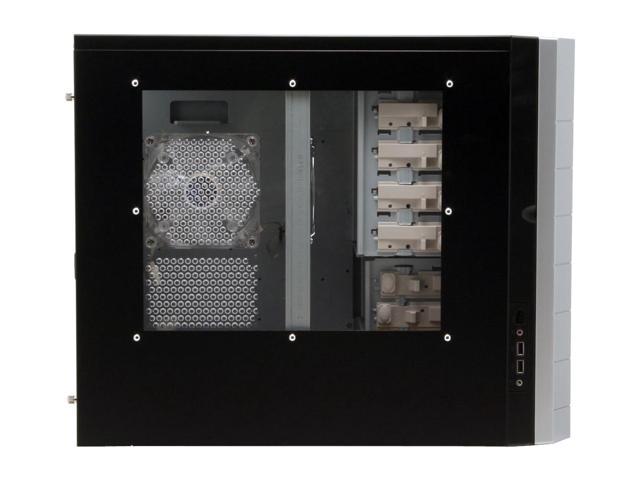 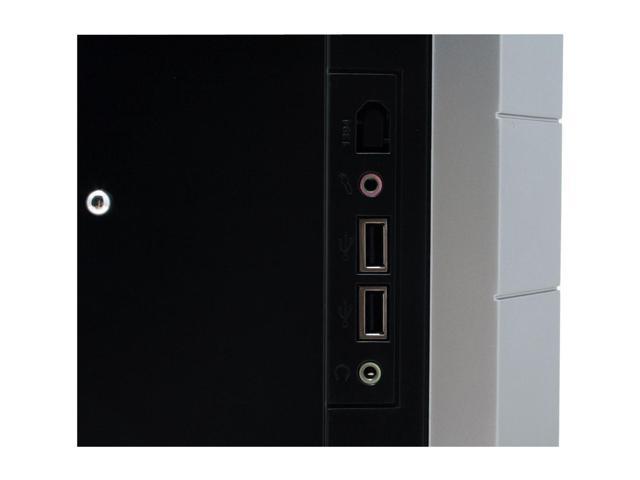 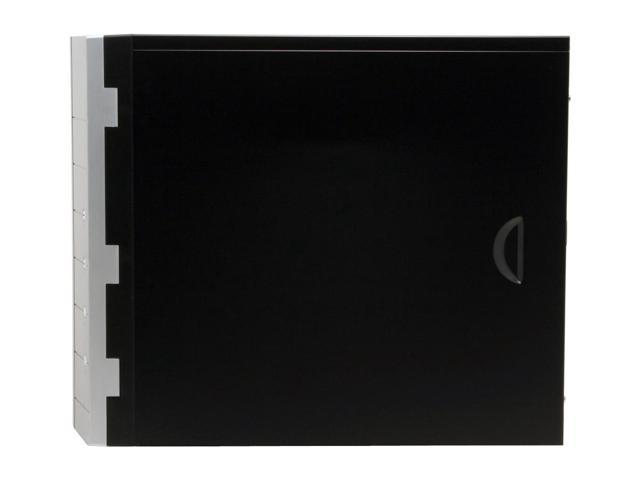 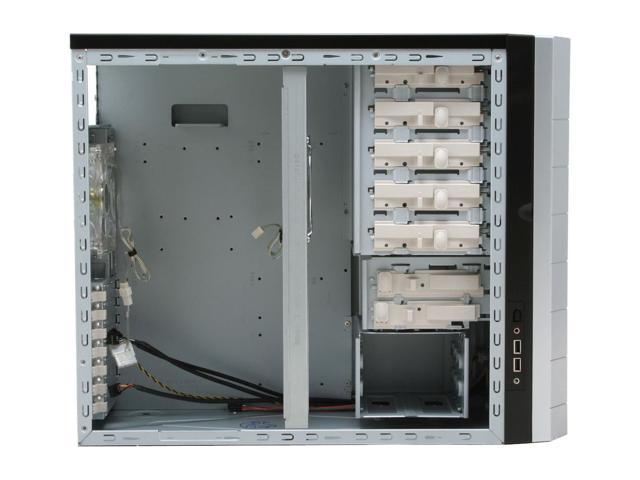 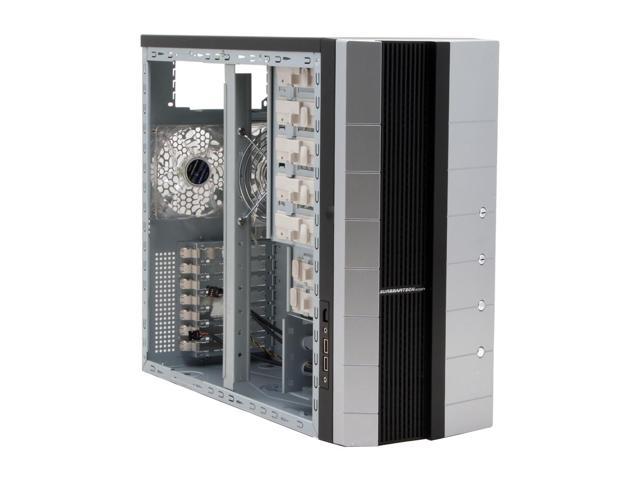 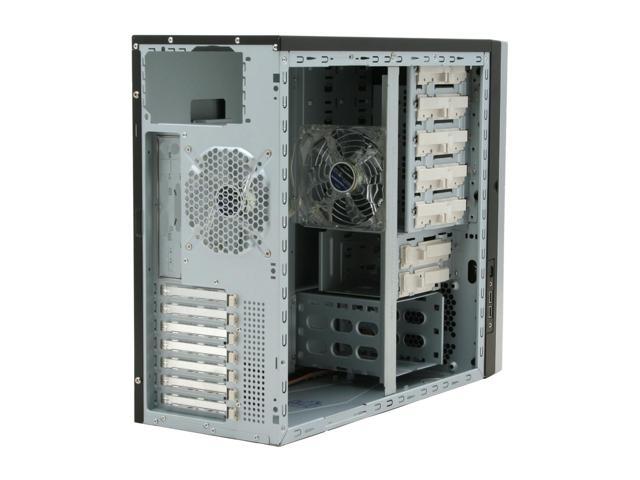 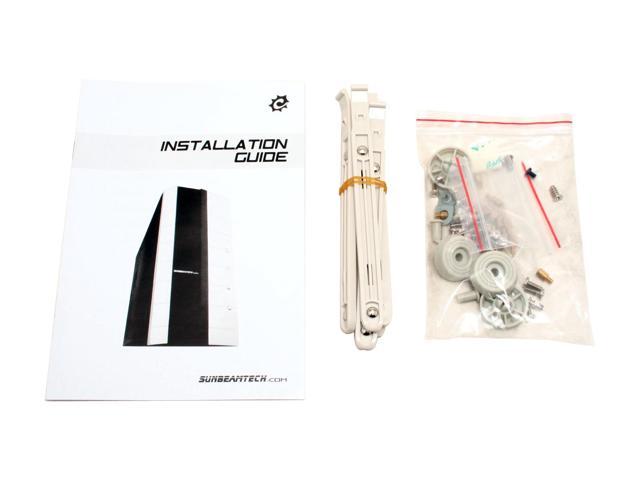 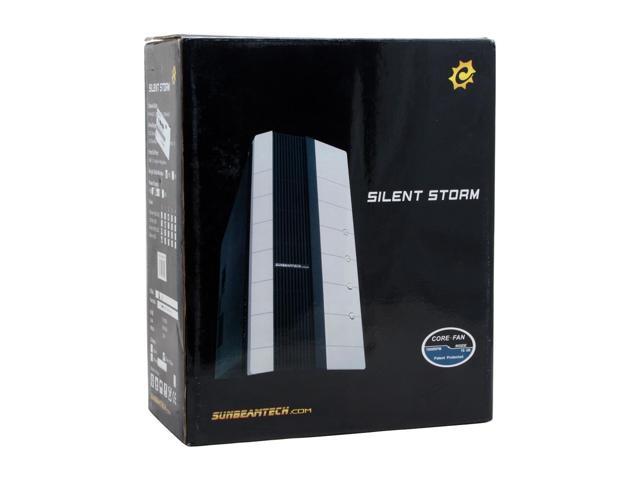 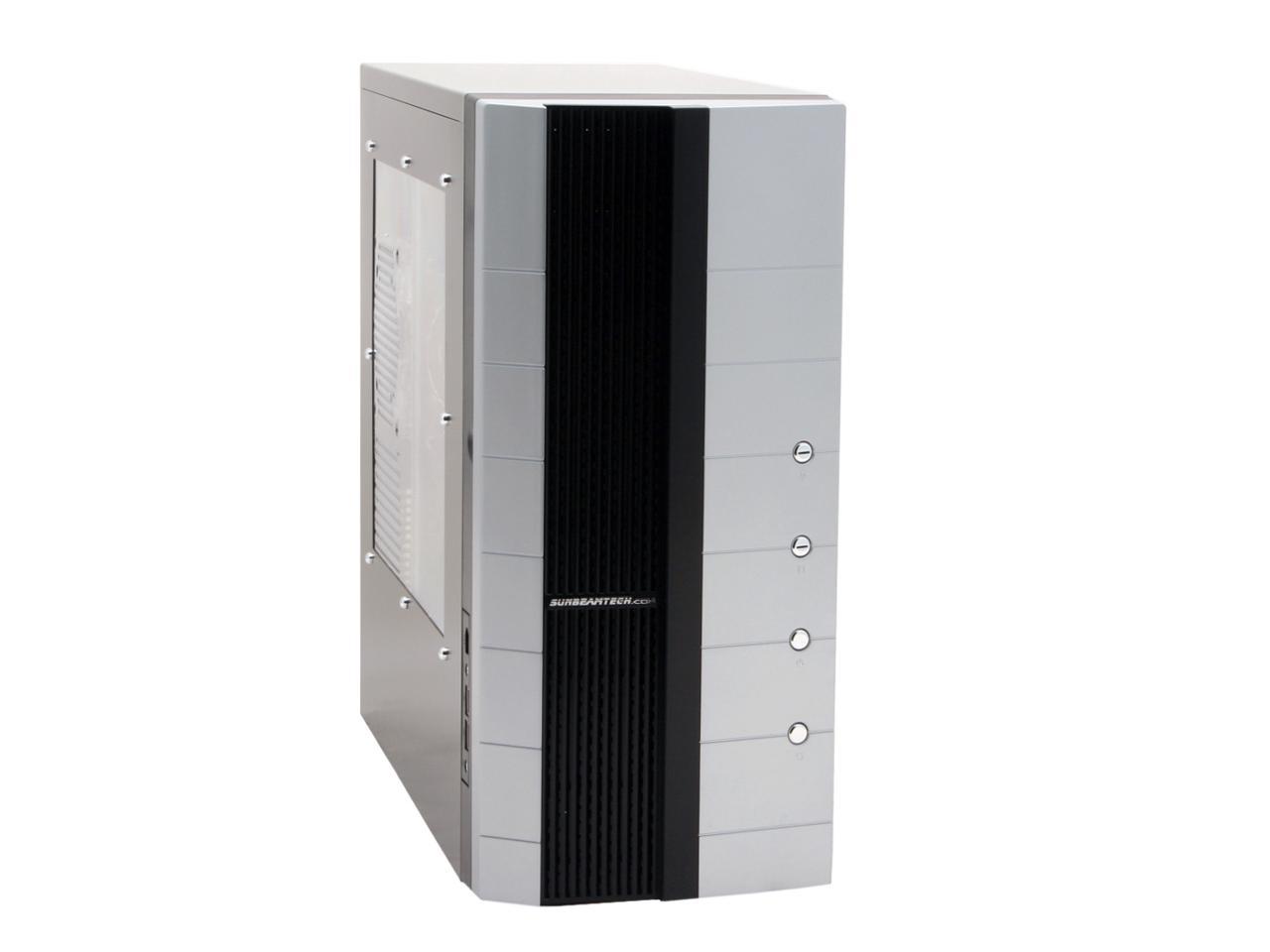 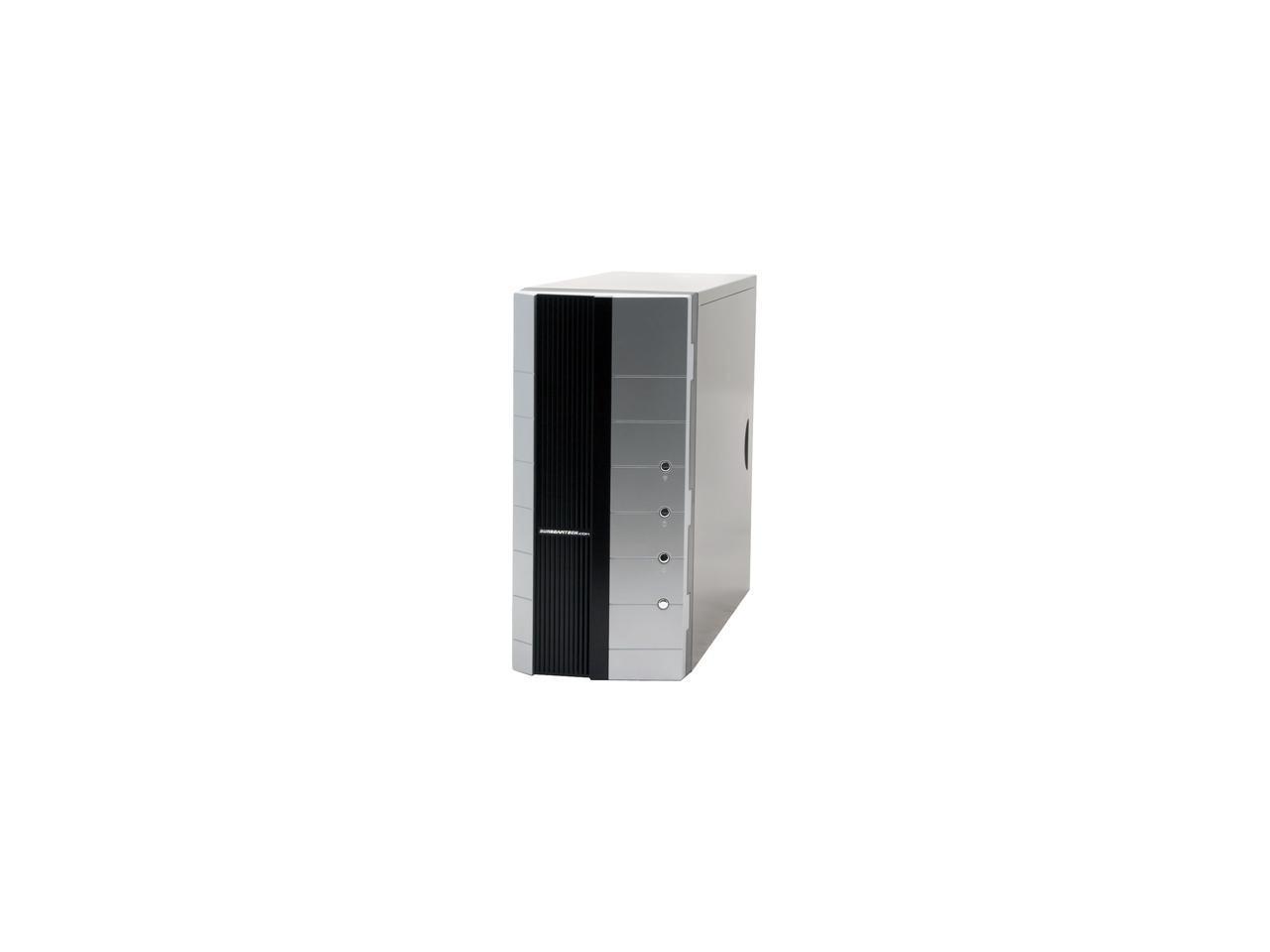 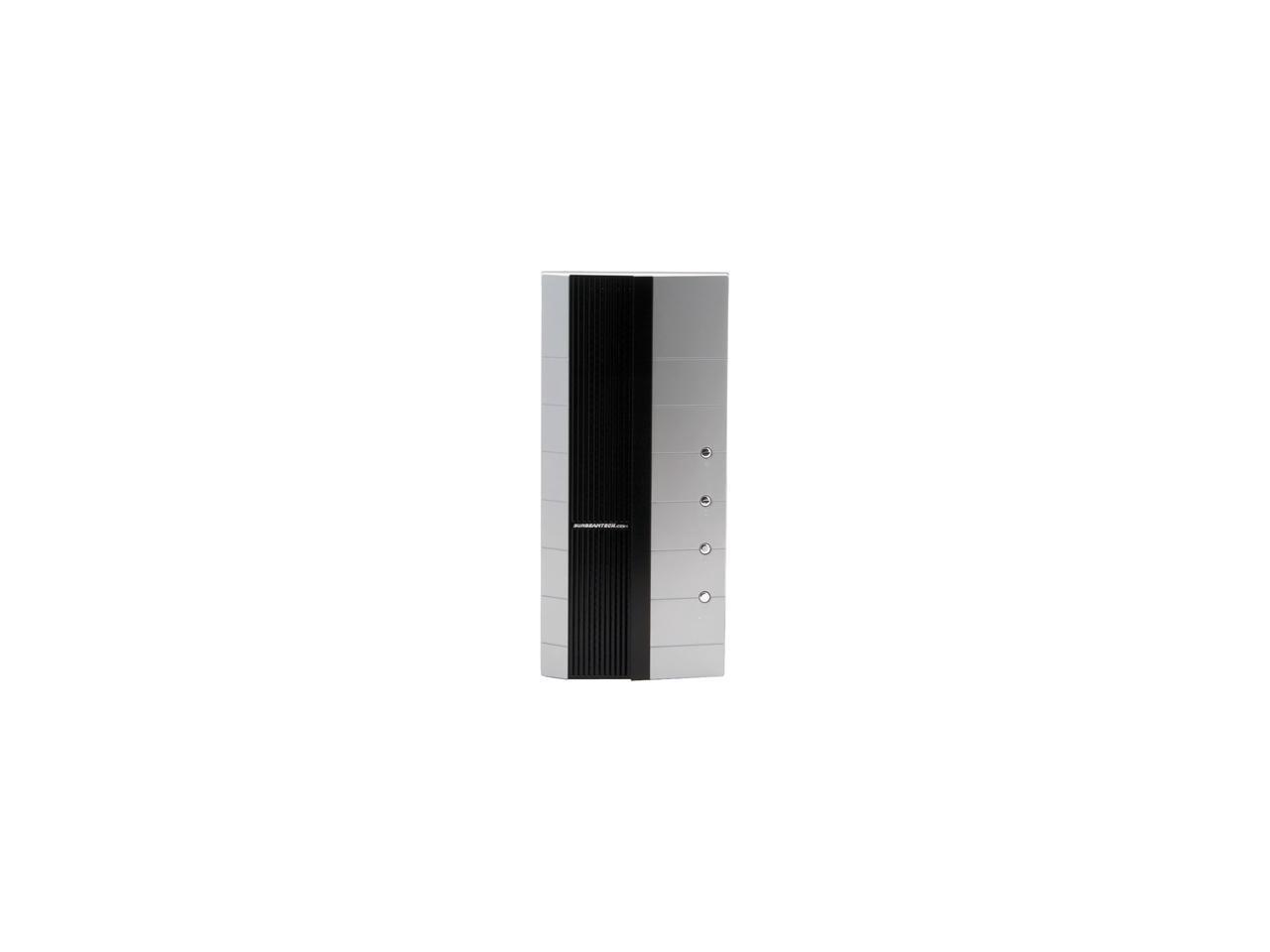 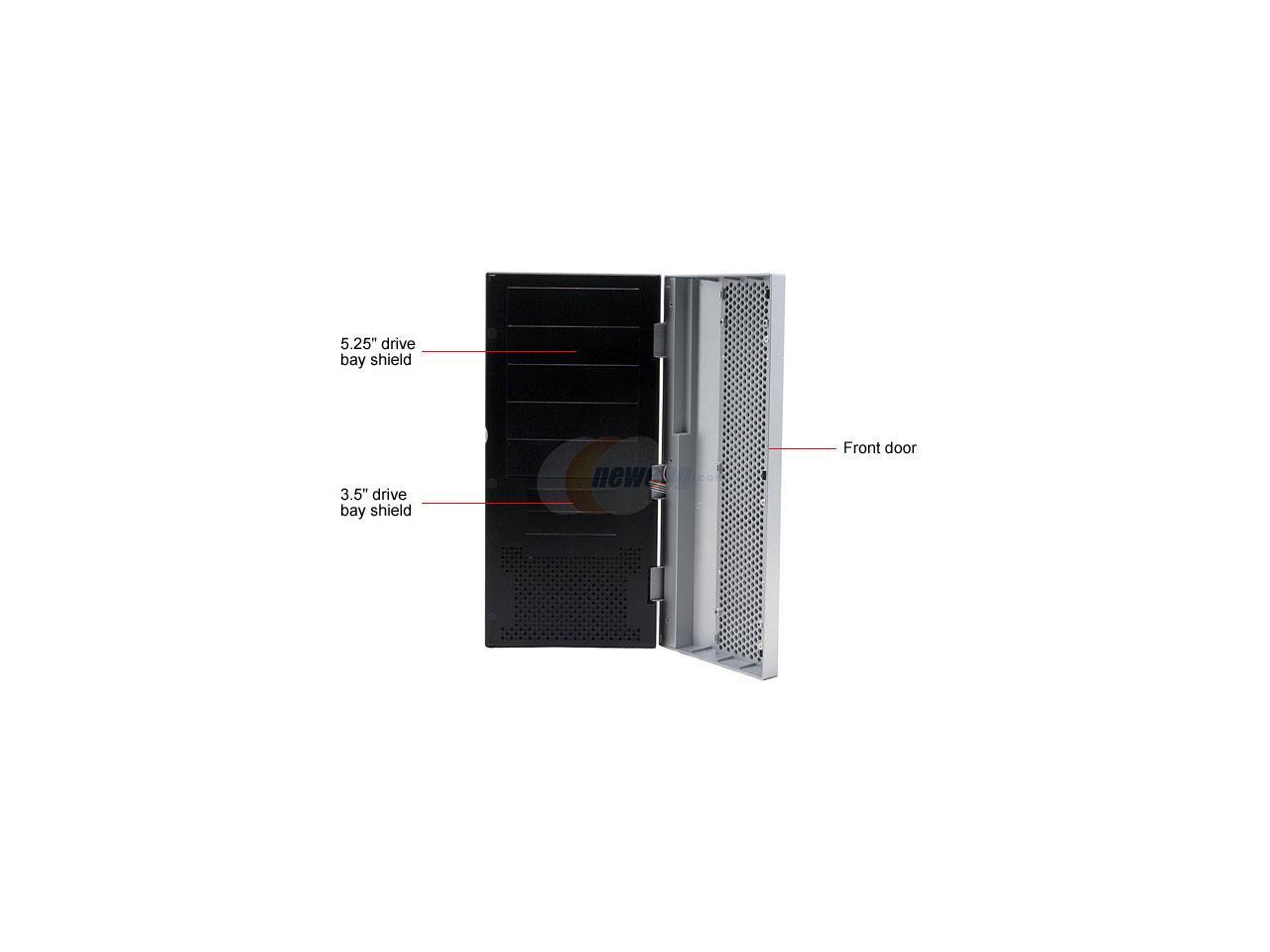 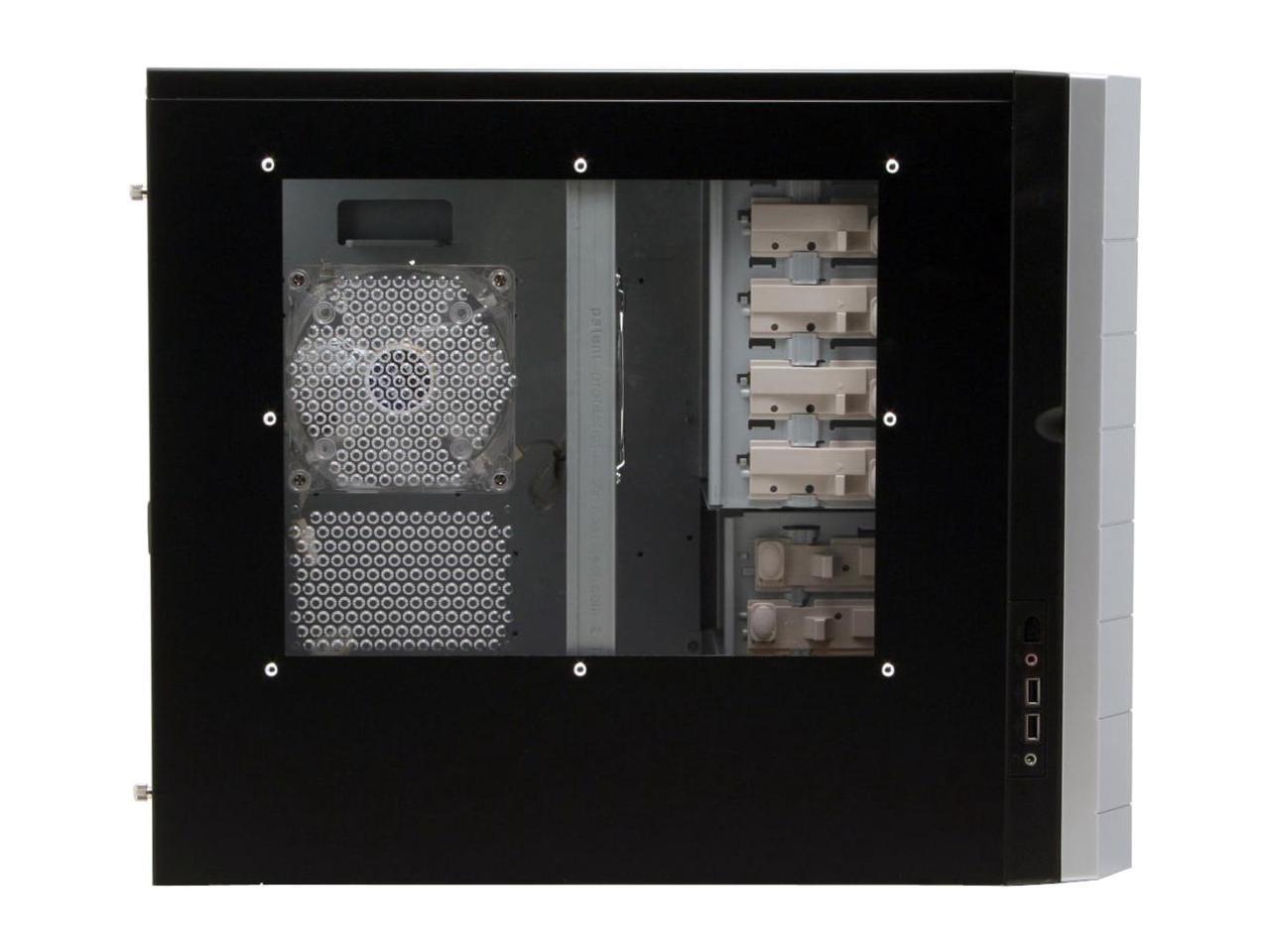 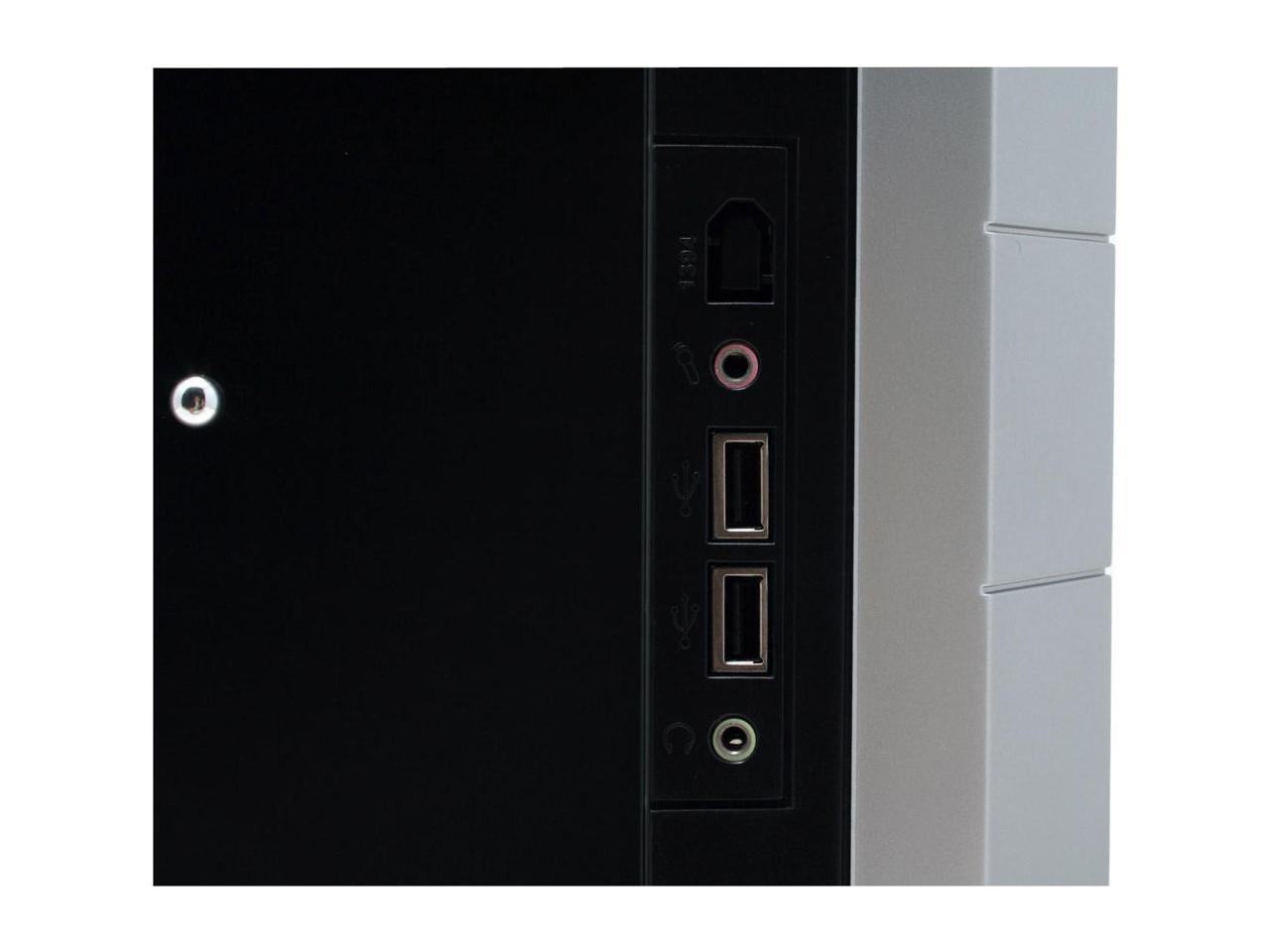 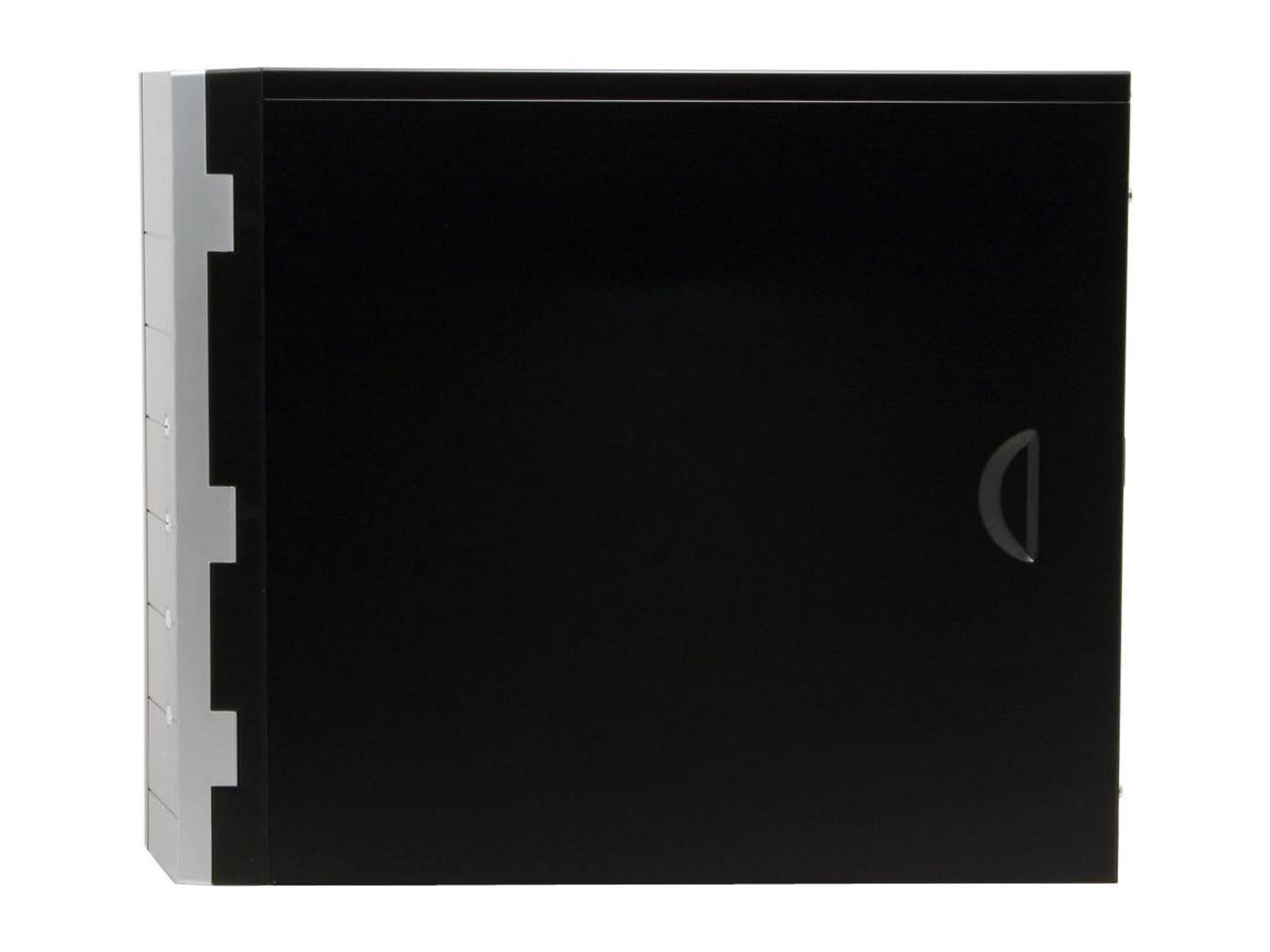 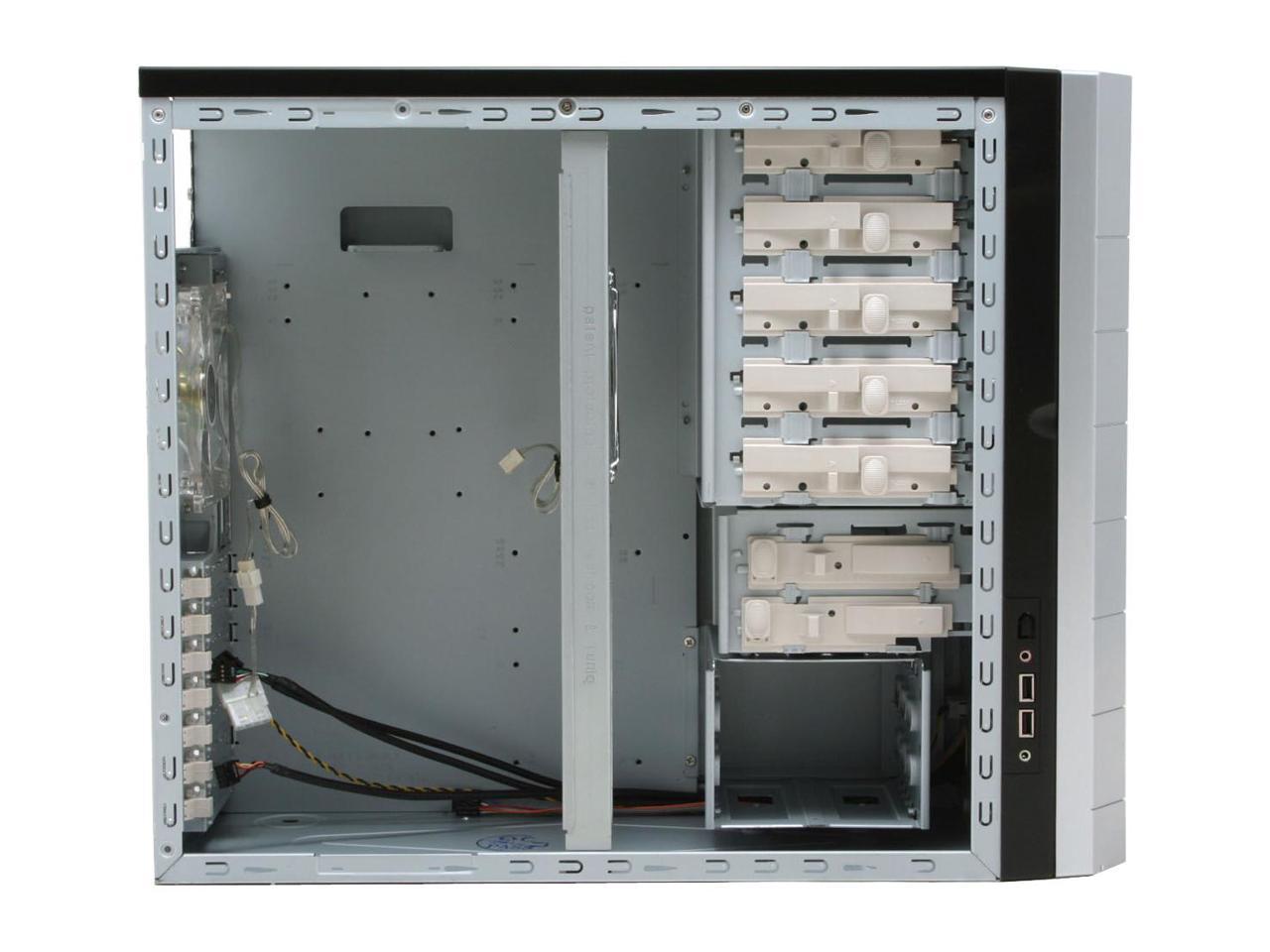 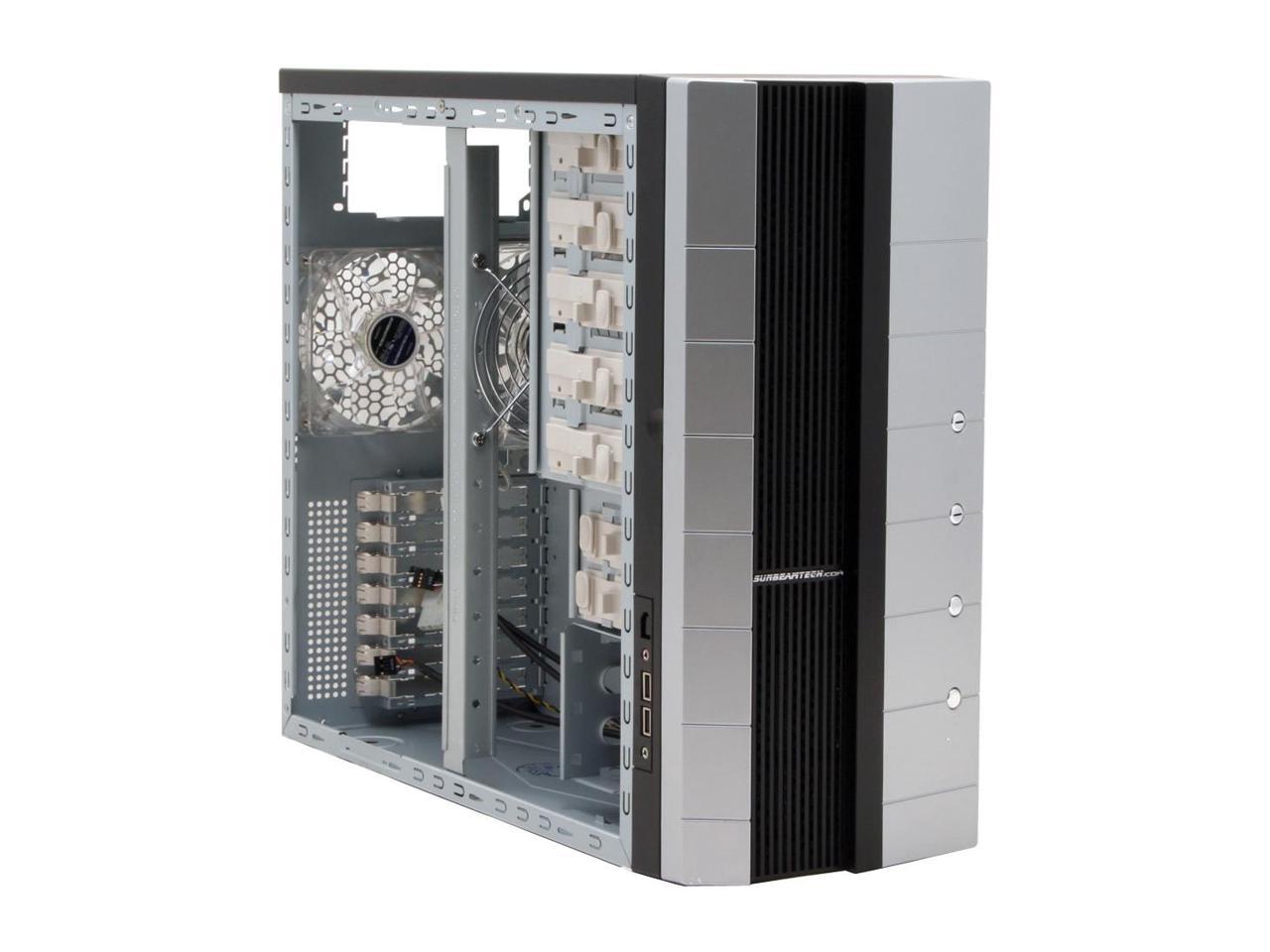 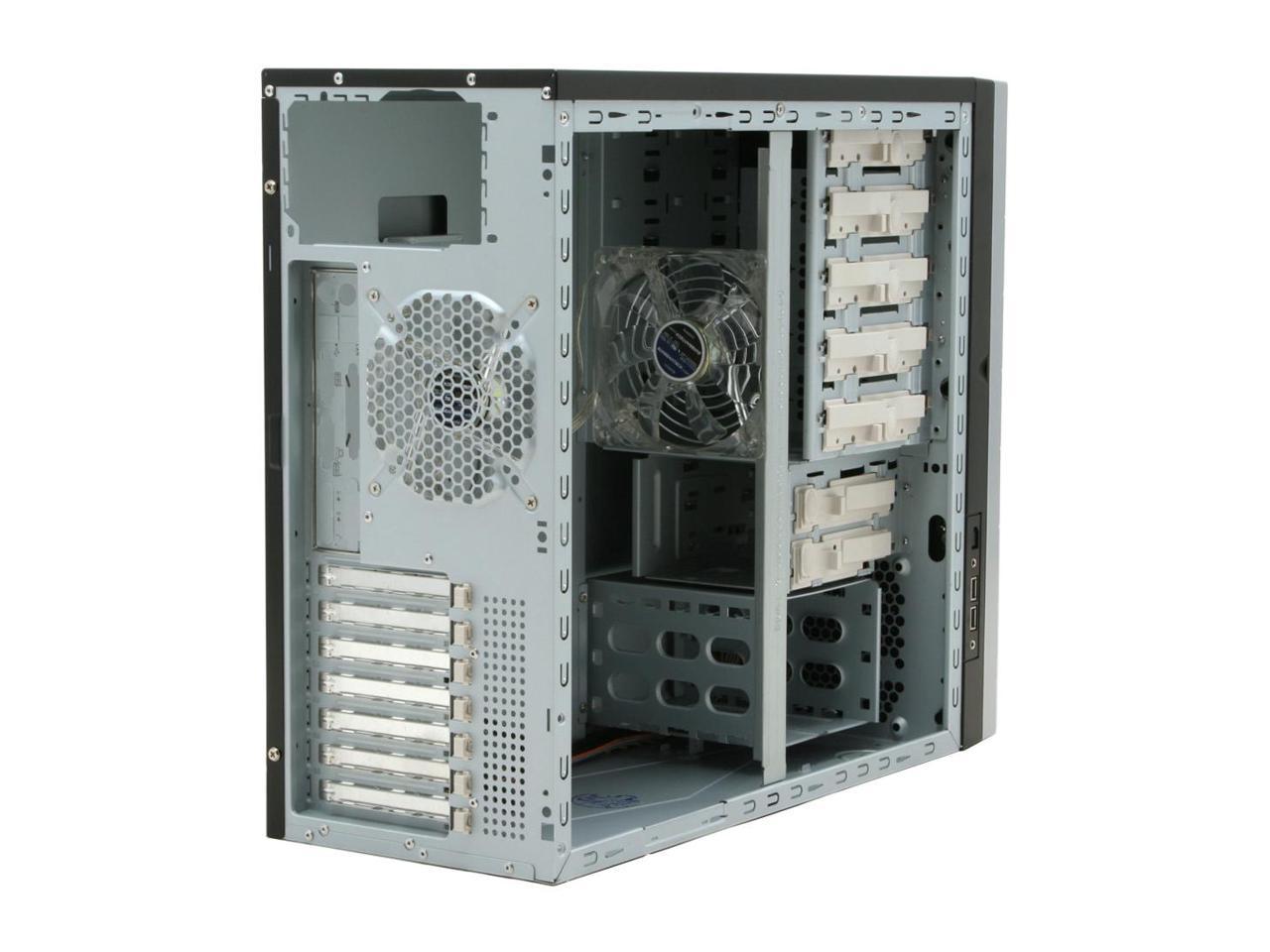 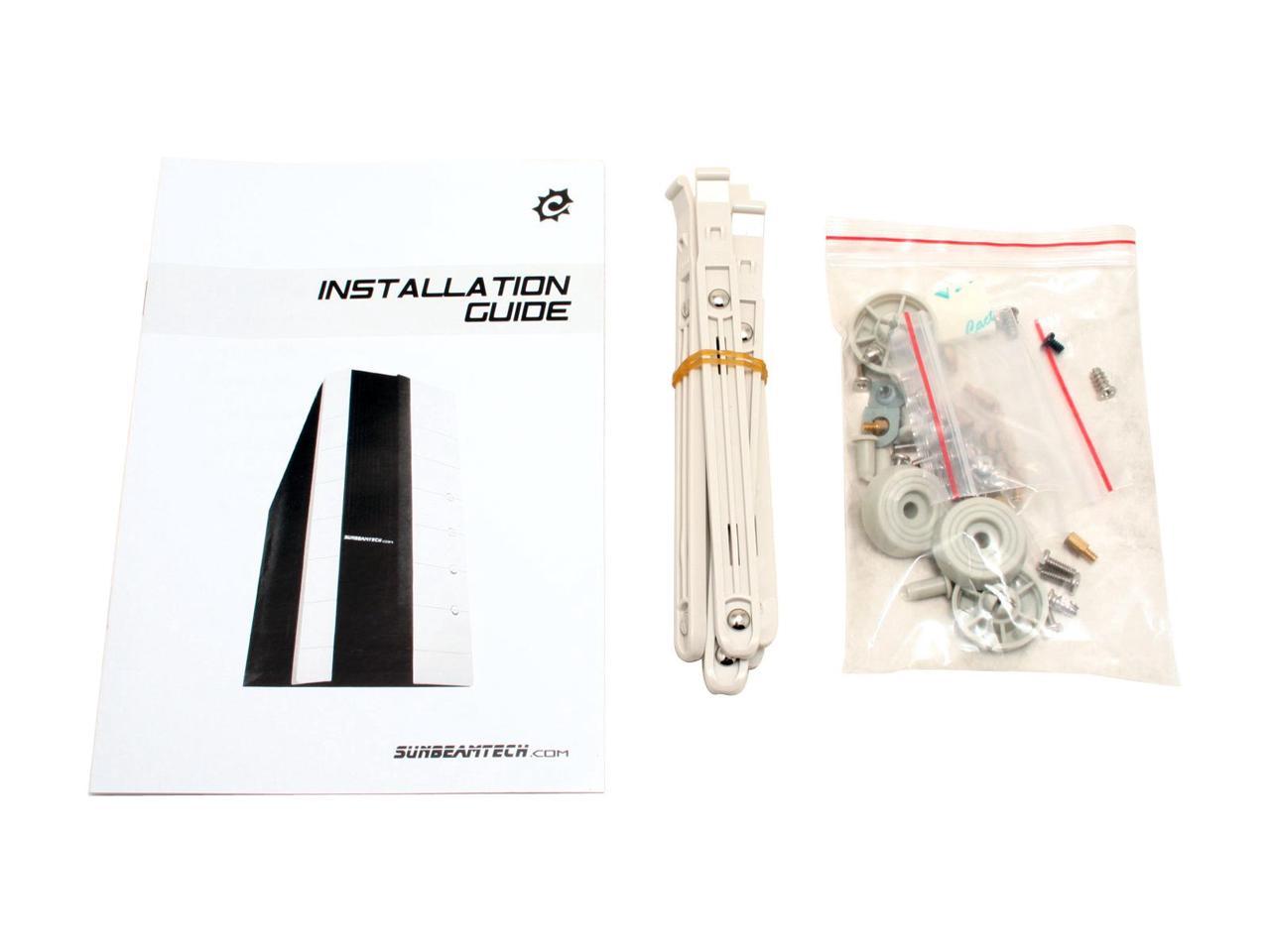 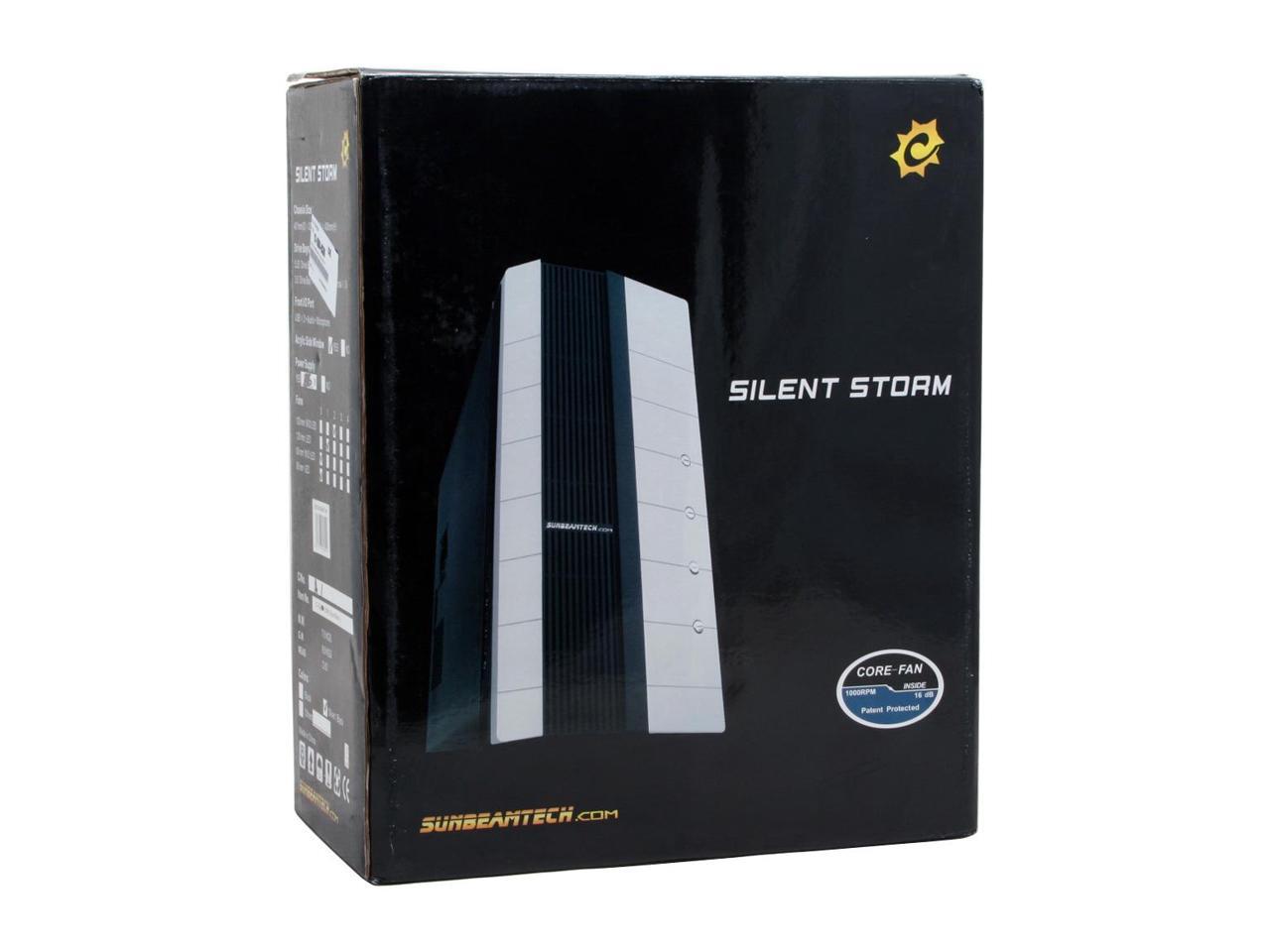 Pros: The three 120mm fans are delicious and the case is very sturdy, quiet, and has great airflow with your own front fan installed. I am surprised that this case sells for such a low price considering that it is of such high quality. This was my first time with a "tool-less" case, and the tool-less clips work quite well, actually. Everything else was easy to assemble and disassemble.

Cons: There is no front fan included, but you can install your own very quickly. The side window view is also somewhat small, but this doesn't affect my computer's performance, so, so what? And the second external 3.5" drive slot doesn't match up with its position on the rack inside the case, so I could install one 3.5" external device.

Overall Review: Great case, especially for the price. I'd recommend it to anyone.

Pros: 1. Noise - You may think that 3 120mm fans in this case would make it loud, if not unbearable, but in fact, It's so quiet, the only fans i hear are the XFX GTS250's fans and the AMD Phenom II x4 940's stock Hs and Fan. 2. Size - The Pictures Make this thing look small, so small you might not even fit your Big Graphics in this case, but this case is really roomy, It can fit 2 of todays video cards suck as the GTX260s in SLI. 3. Bragging Rights - This might not be a pro to some or even a con, but the way the side 120mm fan has its blue LEDs is Bright! So are the HDD and the Power LEDs, To some this is a con but they reach to the other side of the room when it is dark. There is also a front door, which to me isn't a hassle. 4. Tool-less - The Expansion tool less clips can hold your video card, it may look flimsy at first, but once you put your card in, Its nice and secure. 5. Placing of the Ports - The Ports are on the side so Its easy to access, if the PC is to your right.

Cons: 1. I did say it was roomy, which it is, but since my motherboards Master PCI-e 2.0x16 slot was near the bottom, My Video card's Fan Won't get that much cooling. MY Vid card runs a little on the warm side, 60c on idle, but other people have also reported that that's normal for the XFX GTS250. 2. The Side window isn't Big, but that won't really affect my computer's performance. 3. The First External 5.25" Blocker (Steel Blocker inside the case where your Disk Drives go) wasn't there already, but the 2nd one wasn't. Trying to remove it was a real hassle, and it cut me, but all is fine(If you bash it out with a screw driver). 4. The Wires for the Front door LEDs and the buttons were a tad short, so when i placed it on the motherboard, i was a bit worried because of the way it was tight when i hooked it up. Also because the pins might bend.

Pros: It looks like, and generally keeps my hardware cool.

Cons: The aesthetics of the doored design do not outweigh the hassle of having to open the door in close quarters to access anything in the external drive bays. The hinge feels flimsy. The case uses a rails/cage system for mounting hard drives. I lost a couple of the rails, and bought a couple more HDDs for a RAID setup. I contacted the manufacturer to see if it was possible to receive new rails, but they refused to help.

Overall Review: A case is supposed to look nice, and offer functional benefits. This case looks nice, but the door annoys me, and the rail system is pointless, unless you plan on swapping out HDDs every day you own this case. I can't really give an expert opinion on the cooling of the case.

Pros: This thing is PERFECT! there is no other case that beast it for the price, it should be right up there with $100.00 Cases. the "screwless" design worked flawlessly for me, everything fit perfectly into place. there are 3 fans that make for terriffic air flow. This thing is built Sturdy!!!

Cons: Absolutely none! i would give a 6th and 7th egg if i could...

Overall Review: cool looking case while not too flashy. If you have to choose between this and another case, GET THIS ONE!!!

Cons: The "Core Fan" I'm honestly not too sure how useful this thing really is. The bar the fan connects to is removable tho, so easy to ditch if you cant get it to fit.

Overall Review: I have no idea how good the stock fans are, as I replaced them the moment I got the case. Take the front bezel off the case when you get it, and check the magnet points for the front door. Mine had about 6-7 screws that had gotten out of their package during shipping, magneted to the back. Obviously not really an issue, just a quick fix.

Cons: The door is lightweight plastic and FEELS flimsy; but it hasn't broken with over a year's use, so I guess it's OK. The door doesn't work so good if your PC sits on a carpet, like mine. Also, anything on the floor like cables or kids' toys will interfere with the door swinging too. I wouldn't recommend this case to most people just because I now realize how often I have to open and close that darn door to get at the DVD drives. The LED's are really bright. The front panel LED's are focussed enough to project a spot on the wall 10 feet away in the dark (that might be a "pro" for some of you. IMO, not a good case for a 24/7 computer in a bedroom.

Overall Review: This is a cool looking, solidly built case that is good overall. I would suggest something without a door for frequent disc swappers.

Pros: This case is awesome for the price, build quality is similar to Thermaltake cases i have owned. It really is pretty quite, i added an Antec Tricool fan to it, and i think that is louder than all of the other fans, but still not bad at all. That Core fan seems like it is just where it needs to be, blasting air onto the cpu. I have a Q6600, 9800GTX, 1dvd drive, 1 HD and 4GB ram and it all fits in there pretty snug. I think its the perfect size.

Cons: I thought the side fan with the LED's was a little in your face, so i swapped it with the core fan. Now it just sort of illuminates the inside, i think it looks better. Im a bit worried about the hinges on the front door, theyre plastic.

Overall Review: Just make sure you get a good power supply or you'll be wasting all that quietness on a nasty power supply fan. I also added that Antec fan because felt like it needed a stronger fan to pull air out of the back, then i moved the other one to the front.

Pros: Awesome case, full ATX boards fine, plenty of space for my chunky GTX 280s. I like LEDs, even if they are poser, so I liked the side panel with the blue LED 120mm fan, came with three 120mm fans, all ran silently, and keep my system VERY cool.

Cons: I wish the hard drive mounting bays extended to the bottom of the case, I have four hard drives and only two slots to mount.

Overall Review: I removed the middle post while building my machine, after everything was in the case is plenty deep to accommodate most all parts and keep the middle fan, like I said, I have some chunky GPUs.