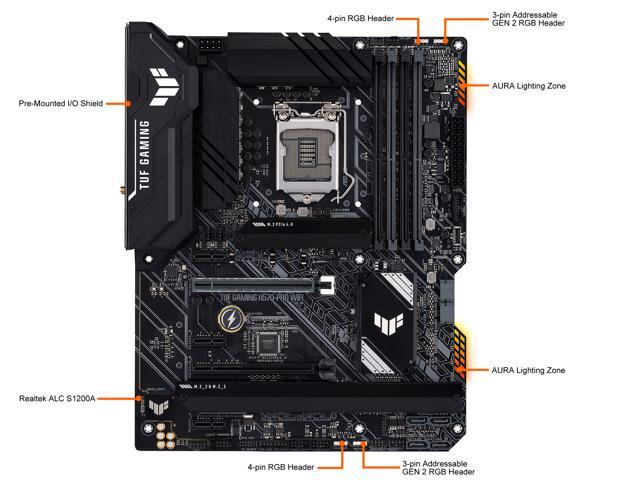 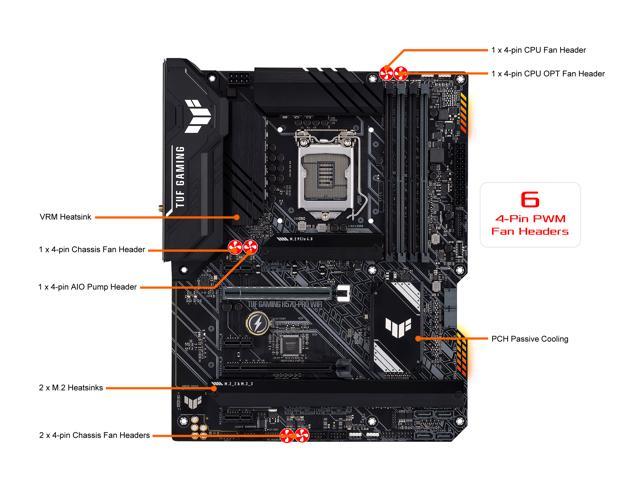 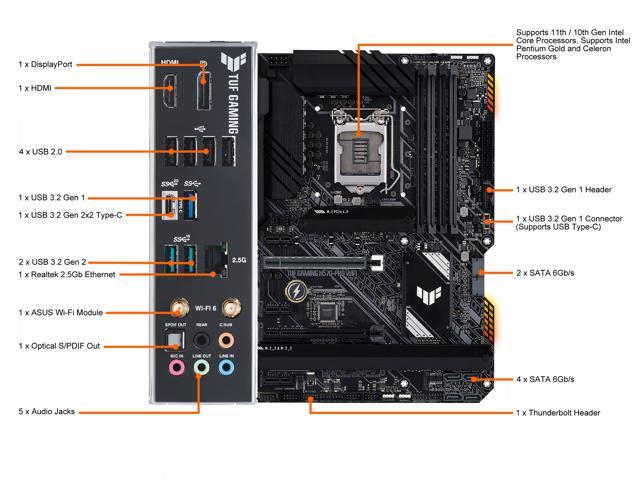 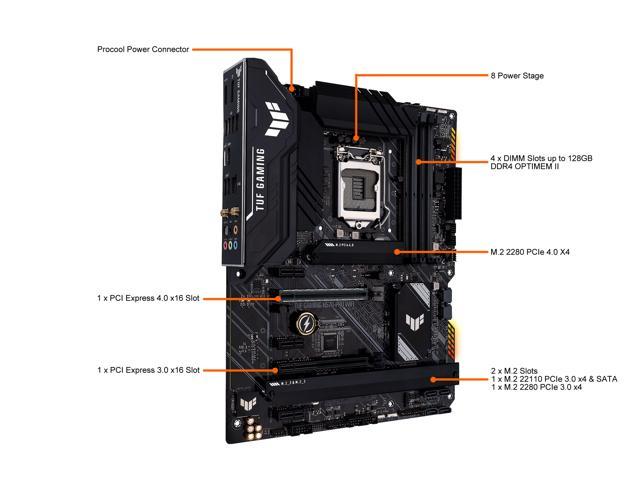 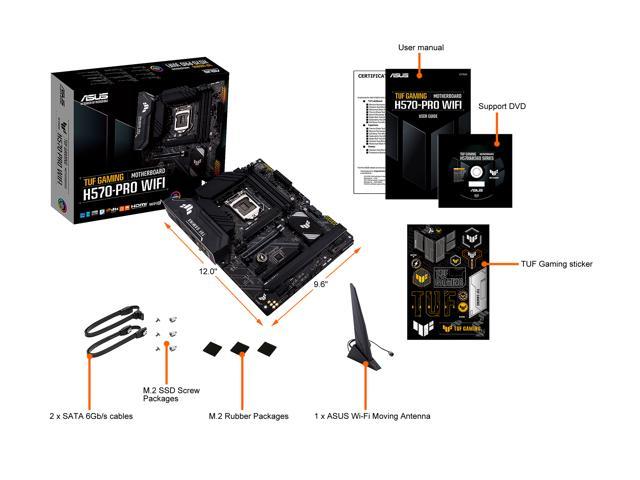 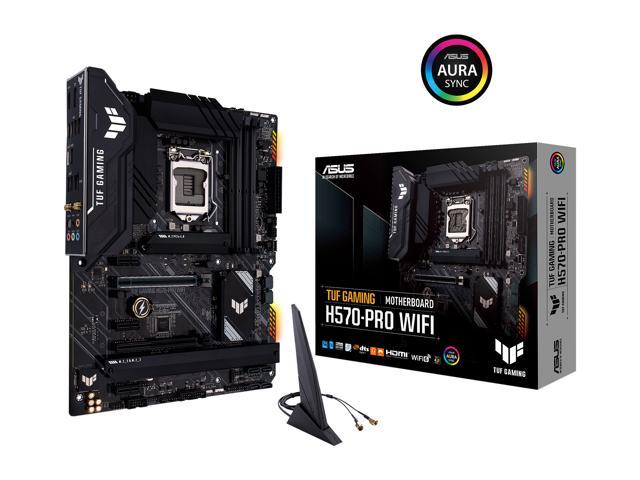 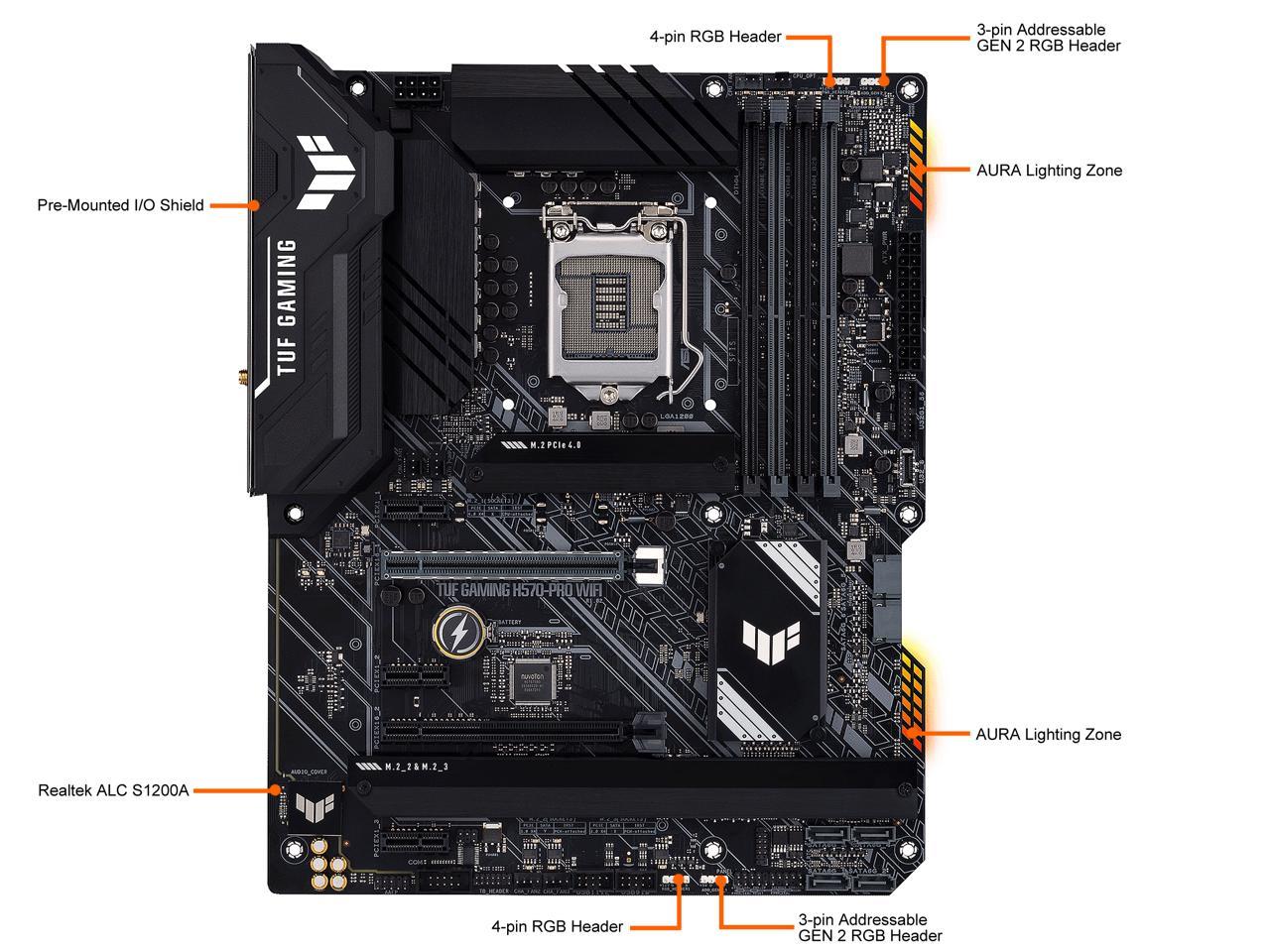 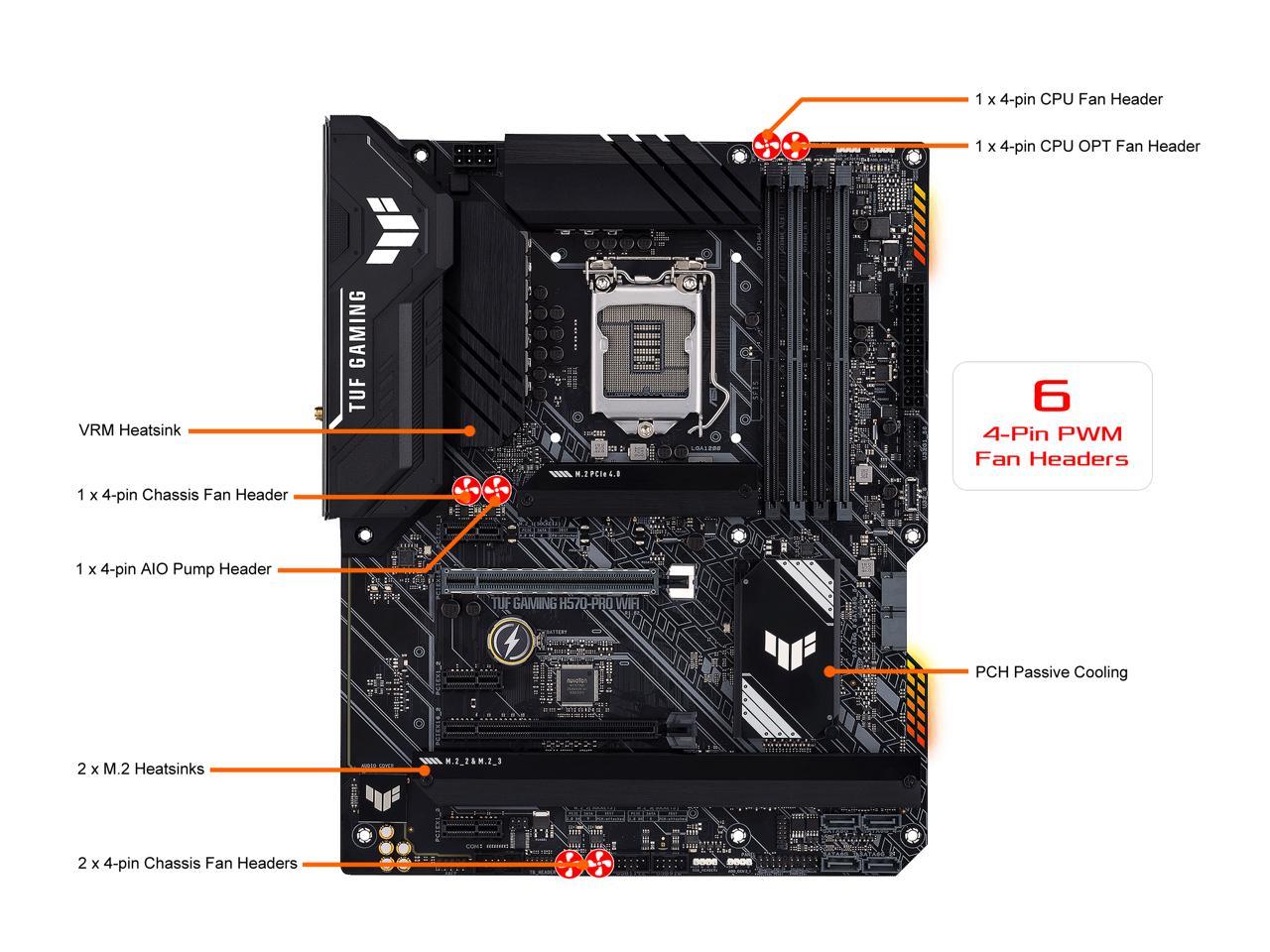 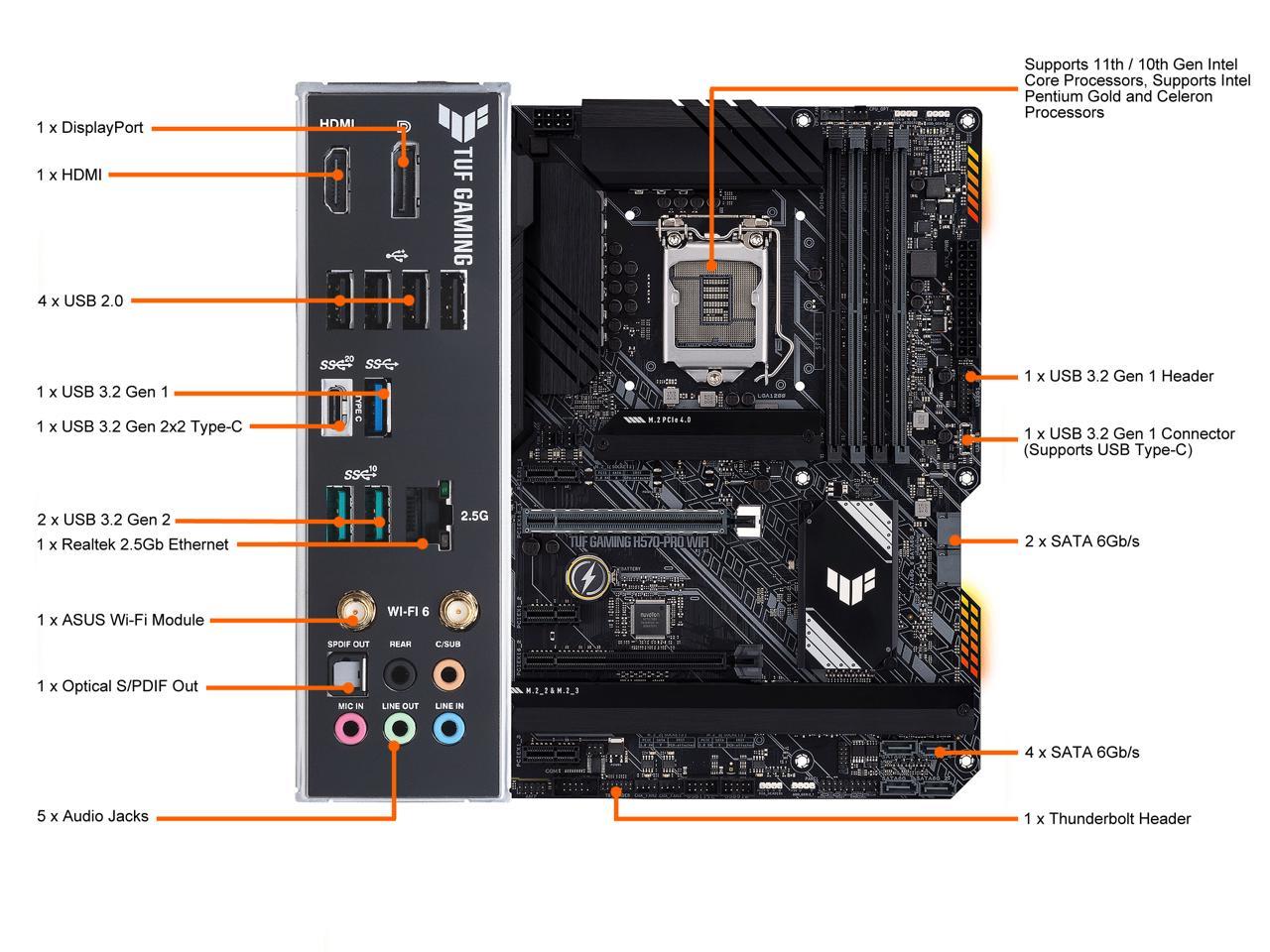 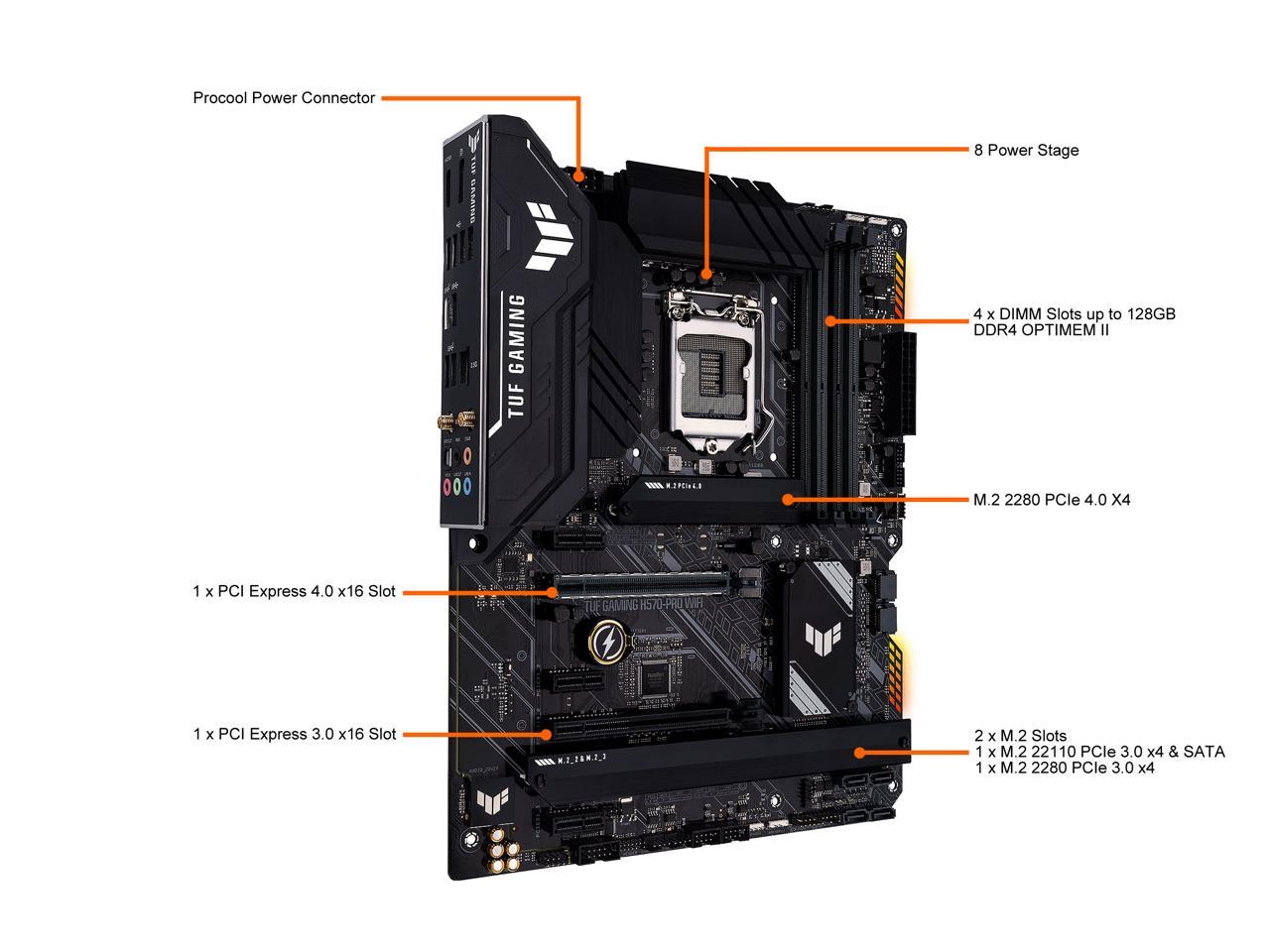 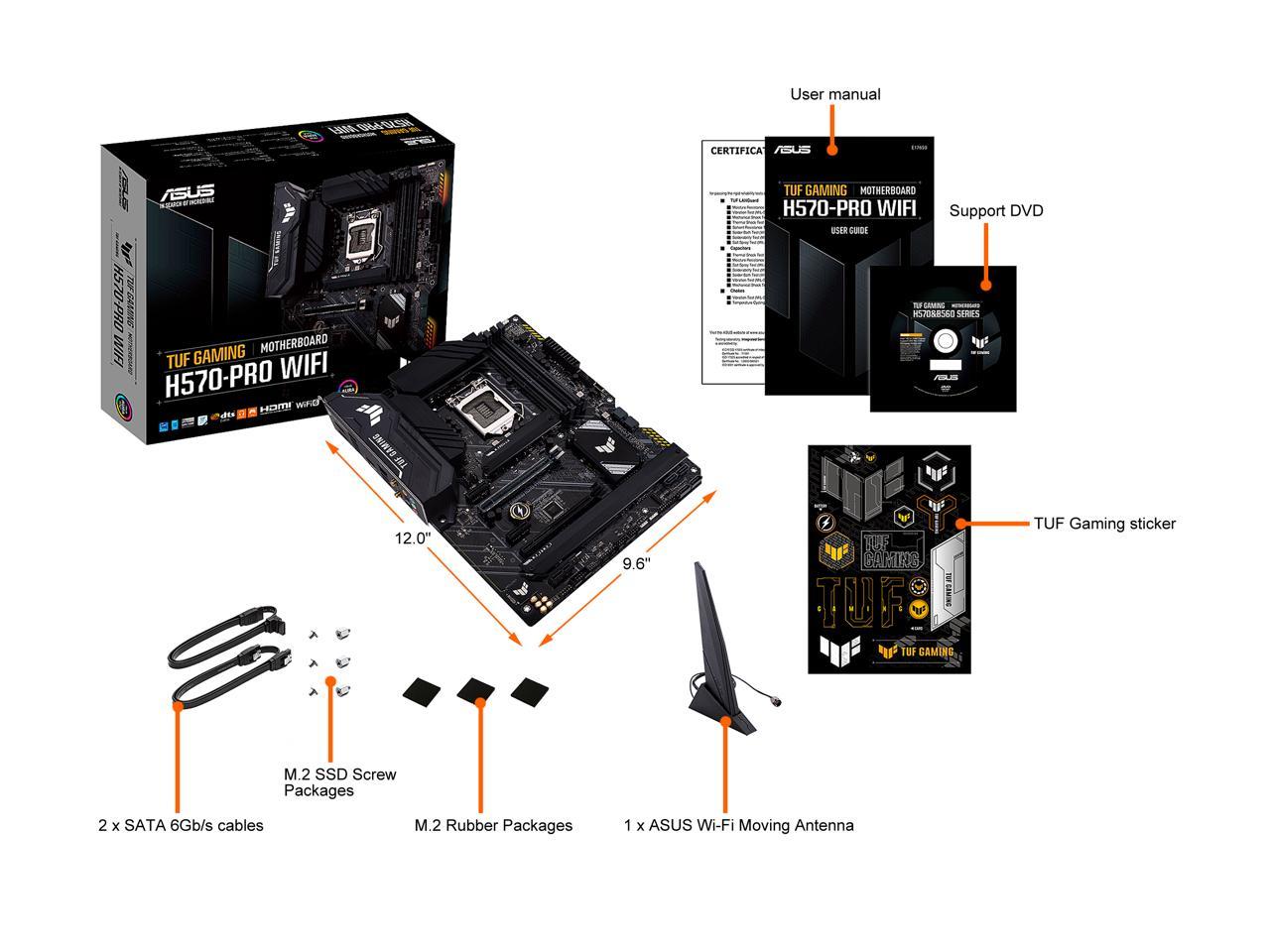 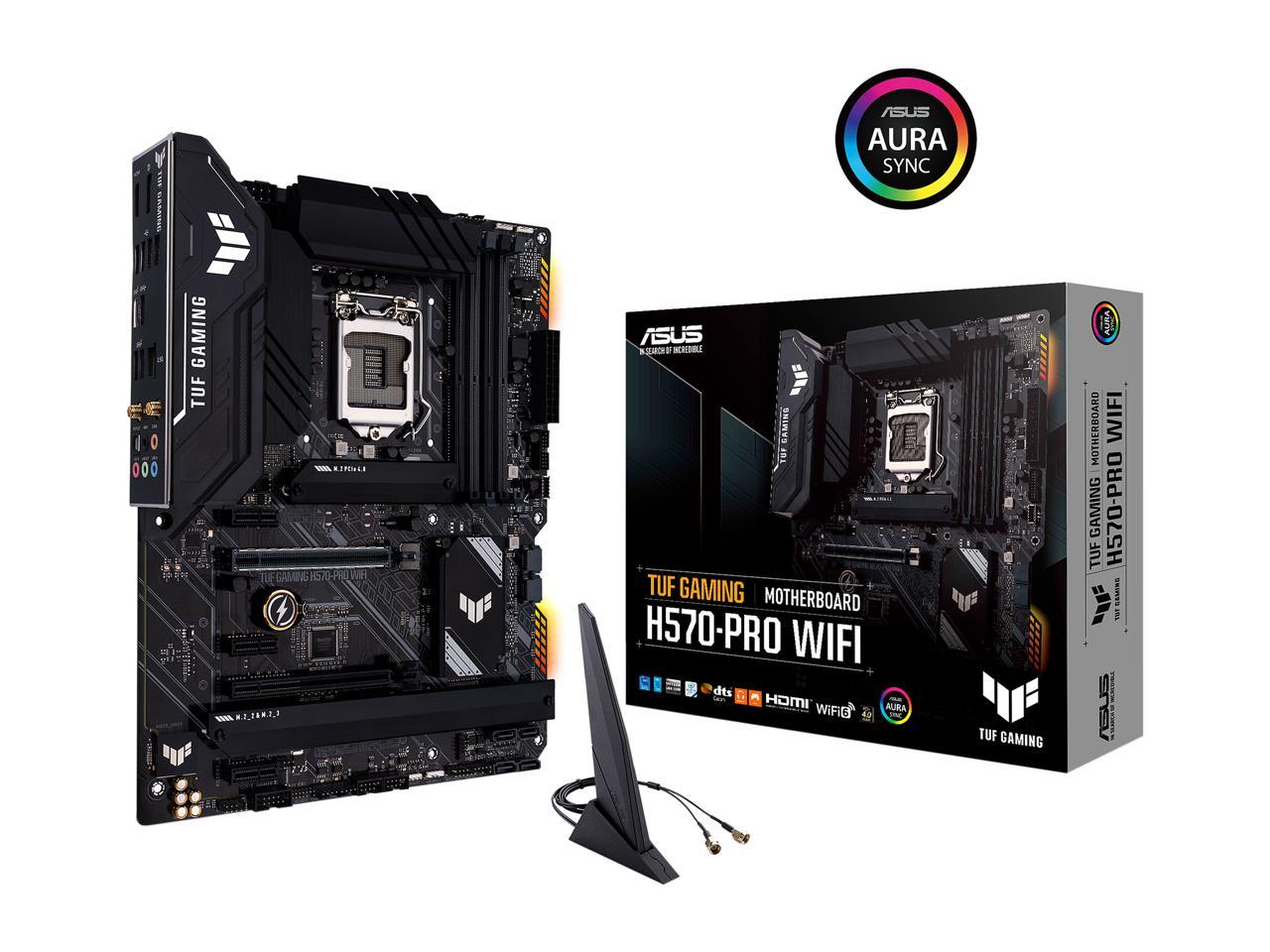 Pros: - Everything fit nicely in all the sockets and slots - Construction and heatsinks are of good quality - Lots and lots of places to plug things in the back and on the board - Includes multiple options for video (Display port and HDMI) - Driver CD installed everything easily - BIOS seems pretty easy to use - Nice external Wi-Fi antenna (careful with it, though)

Cons: - The manual has really small diagrams. Hope you have another PC to view the online version.

Overall Review: I've preferred ASUS over other brands for more than a decade. This includes many purchases for things like mainboards, video cards, monitors, etc... Everything still works except for a DVD-ROM drive (and let's face it - DVD-ROM drives are not the most reliable from nearly any source). I expect great things from this mainboard as its 10+-year-old predecessors are still in-use!

Cons: I purchased two Asus H570's. One is functioning as expected. The other one, unfortunately, experienced the white LED of death after three hours of operation. This white LED indicates that there is an issue with the integrated graphics. In addition, the RGB headers were non-functional. I felt that this board was a return. The anti static bag was crumbled in one corner, and there was a tear in the bag. I am beginning to question the longevity of this board. I purchased the same board to replace the defective board. It arrived two days ago. Everything appeared to be fine , that is until I had to update the UEFI in order for Windows 11 to install. Upon completion of the update. One of the chassis fan headers began to fail. This model is supposed to be new. The release date was February, 2021. Recognition of 3200 MHz's memory modules. I have been on the phone with Asus Technical Support on how to make the motherboard acknowledge the 3200 MHz frequency. It took three to four tries on the telephone. But it wasn't until last night, via their chat, that I was told by "enabling" the XMP will solve my problem. It did, and I have not experienced any system instability as of yet. Important: Even though the board displays the proper frequency, tests will be performed to be certain that it is indeed performing at 3200 MHz's

Overall Review: Primarily, the board is being used for Music, Video, Graphics, and Editing. It wasn't until I designed my system that I grew a great interest in the world of Gaming. I chose this board due to the three PCI-e slots. This allows room for expansion. For example, upgrading the audio, adding a TV Tuner, or anything else I might come across.

Manufacturer Response:
Dear The_Inspector_069, Thank you for bringing this to our attention and I certainly understand your frustration. If you need any assistance, feel free to contact me at cl-adrian@asus.com, and I will help you to the best of my abilities. I am here to assist our customers with our products and dedicated in bringing a resolution to all issues that they may come across. Your case for reference is N2110039003-0001. Thank you for choosing ASUS! Best Regards, Adrian ASUS Customer Loyalty – US Support
Mostafa I.
Ownership: 1 month to 1 year
Verified Owner
Dead in 3 Months7/13/2021 9:13:45 PM

Overall Review: I literally just put my PC to sleep, wake up the next day and wouldn't power on. Sent the PC for repairs and they reported a dead motherboard. I don't even know what to say, I had a motherboard last me from 2011 to 2020 and it's still going.

Manufacturer Response:
Dear Mostafa I, Thank you for bringing this to our attention and I certainly understand your frustration. Please elaborate on the symptoms your system is currently exhibiting and the troubleshooting steps you've gone over to isolate that this is a motherboard issue. Please know that all ASUS products undergo intensive quality control testing and final inspections for both hardware and software before we release it worldwide. ASUS provides warranty for the unit in order to fix or repair any isolated factory escape defect. Should you need any assistance with the product. You can reach me at cl-adrian@asus.com. Your case for reference is N2107029533-0001. Thank you for choosing ASUS! Best Regards, Adrian ASUS Customer Loyalty – US Support