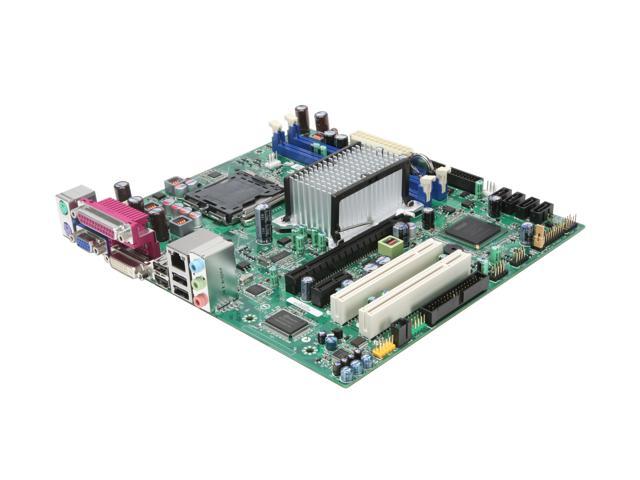 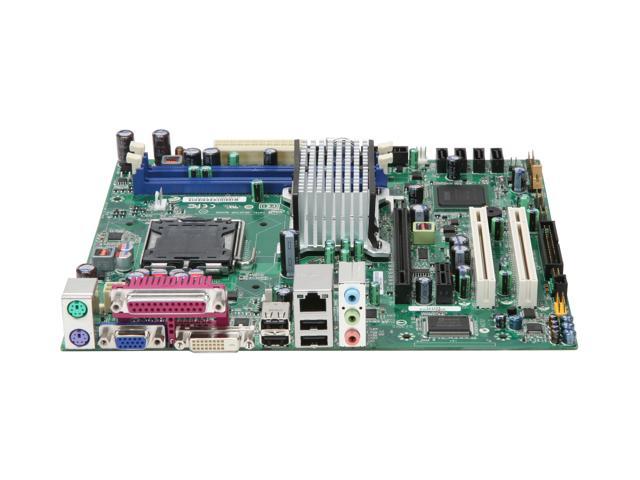 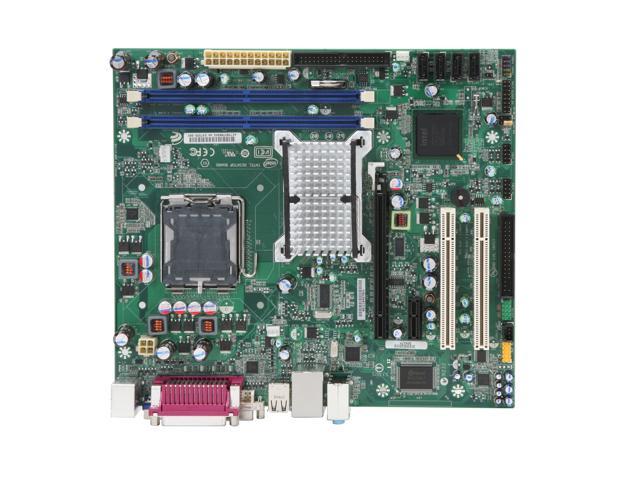 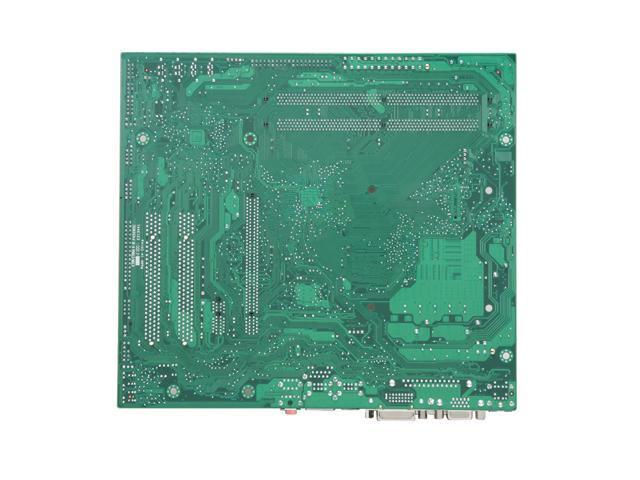 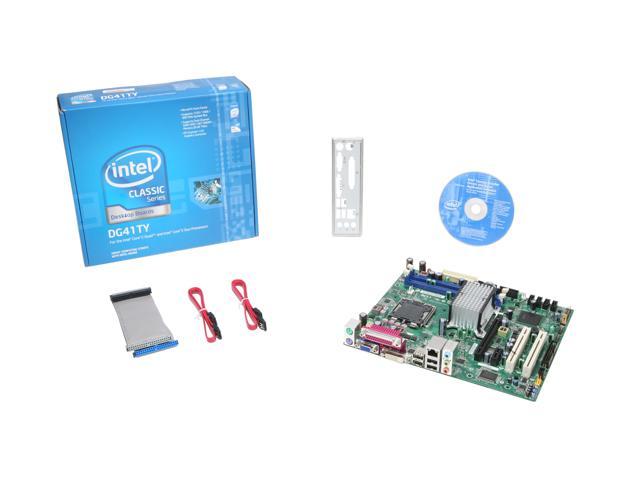 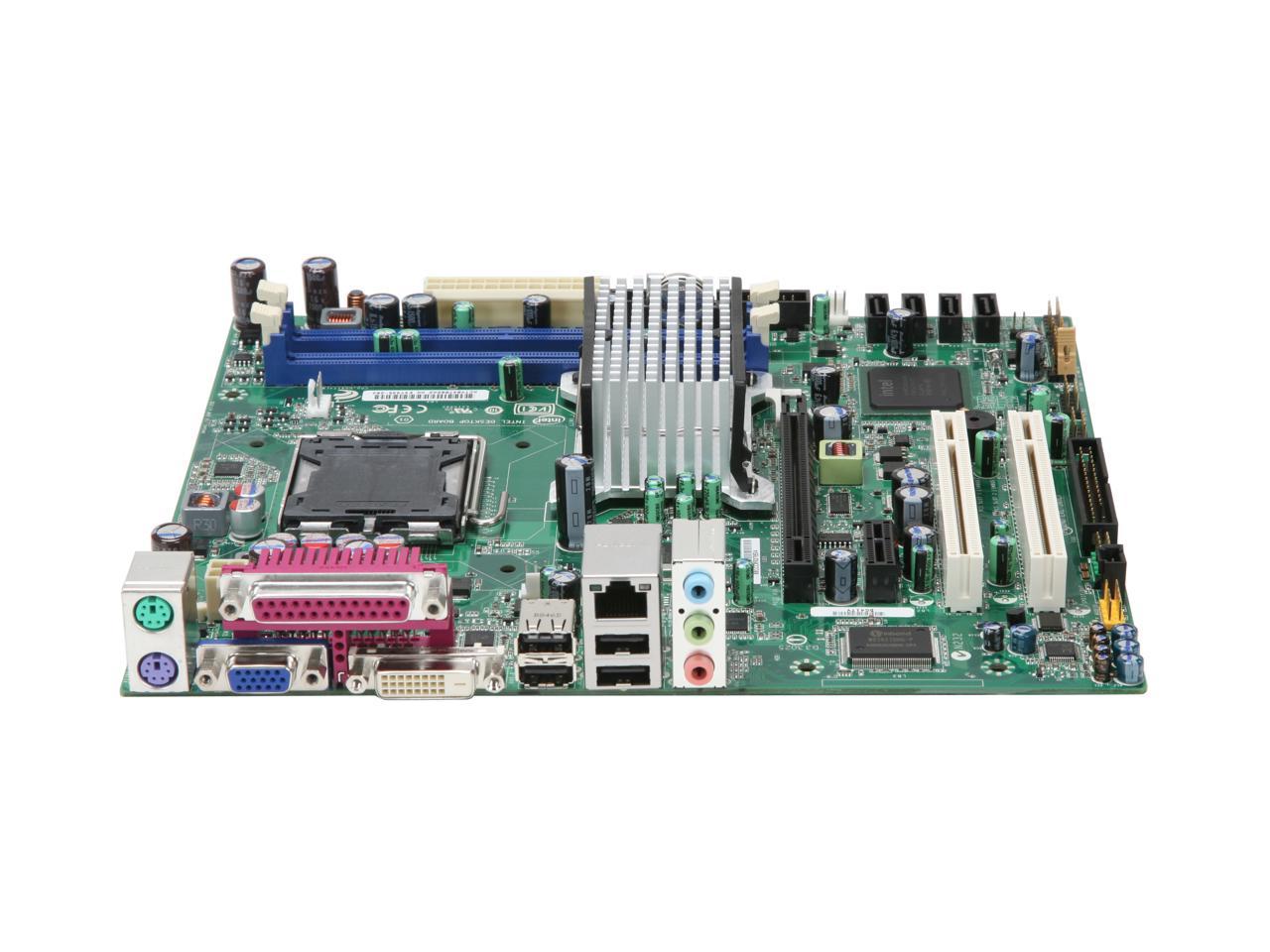 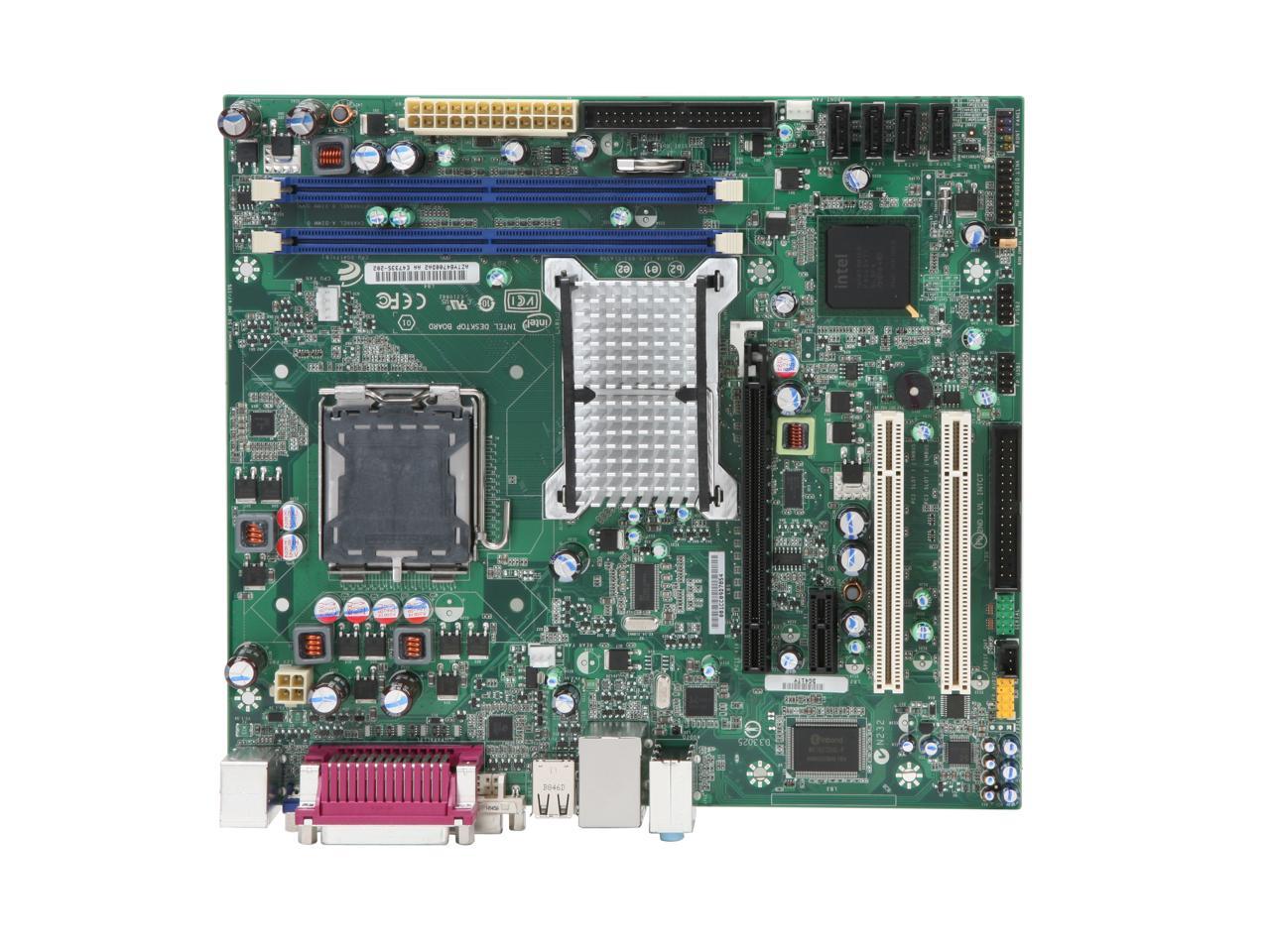 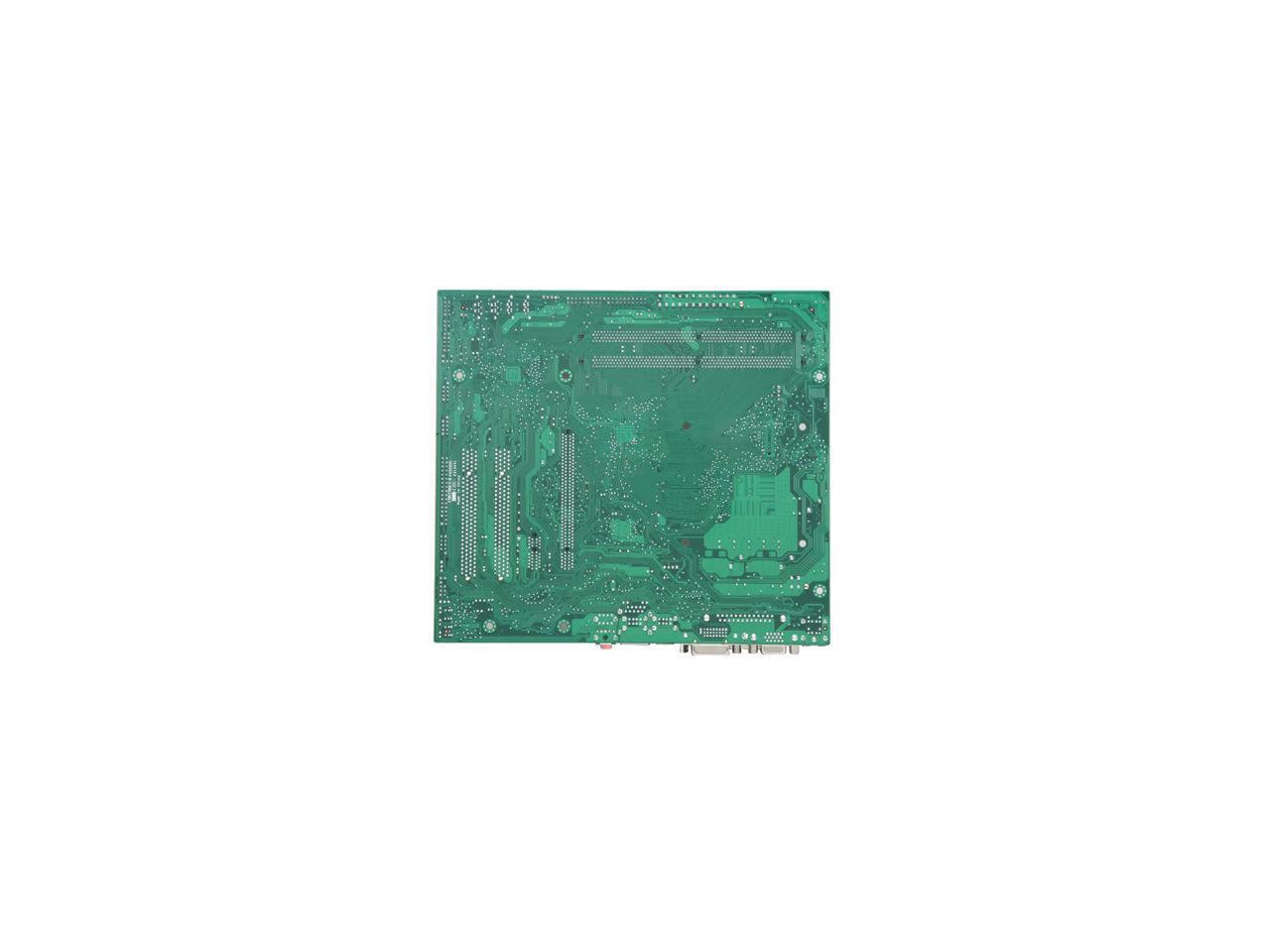 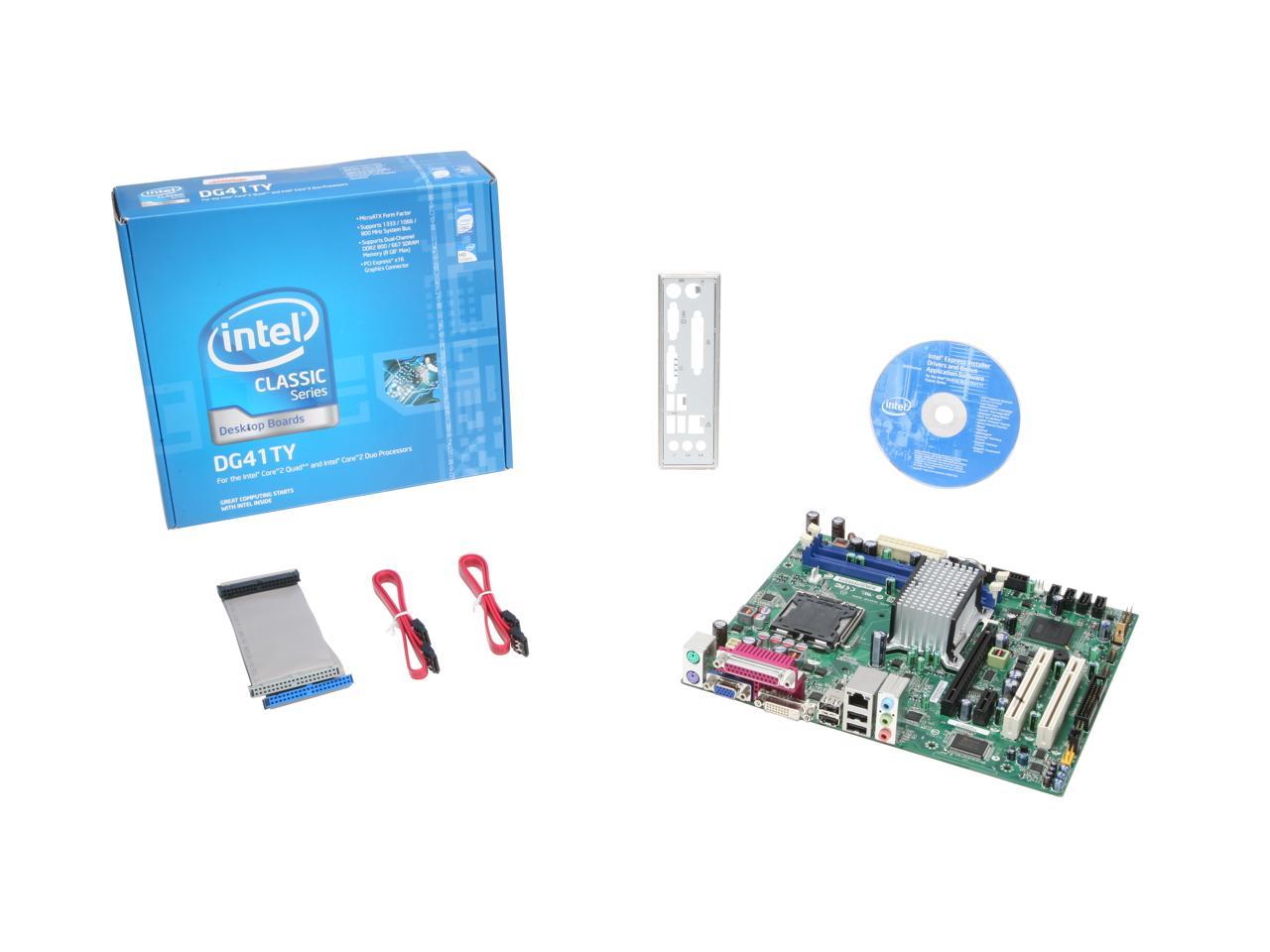 Learn more about the Intel BOXDG41TY

Pros: Worked for a month and a half...

Cons: I left an earlier review saying the mobo was stable... which it was at the time. However, as time has gone on, the board died on me. Matter of fact, the board burned up. Checked, double-checked, and then triple-checked everything in my computer and the mobo was faulty. If you're looking for a board that will last you for a month, go for this one... if you're looking to have it last longer, buy something else.

Overall Review: Newegg is the best company in the world for ordering these products. However, I am out of the 30 day warrenty period and had to contact Intel directly. They indicated they would not be able to replace the board because it had physical damage. (I guess they thought I was trying to OC the thing, which isn't possible with this board) To make a long story short, when you purchase this make sure it's under 30 days so Newegg's fantastic service can take care of you versus Intel's... crud!

Pros: It's made by intel so you know it'll be stable. No overclocking options Not really too much to mess up in the bios. The ability to actually turn off the "press F2 to enter BIOS" message that shows on boot. (you'll still be able to access the bios though) LARGE northbridge heatsink works well for keeping the northbrige at a reasonable temp (do bare in mind that I had good case cooling)

Cons: None of the cons I have are really enough for me to loose a egg... no southbridge heatsink. Bios that came with it wasn't the latest. (see other thoughts)

Overall Review: I found this board to be a very easy to use and configure board for a basic low cost build I did for a client. I used a Intel Pentium E5200 CPU (N82E16819116072) and 2GB of Crucial ram (N82E16820148163). Windows Vista was the OS of client's choice. Bios upgrade was a breeze! I highly recommend doing so to anyone buying this or any board. Be sure to read up on the documentation and make 100% sure it's the correct bios for the board. I did find intel's website to be a tad hard to navigate. So it did take a bit longer then I'm used to to find the correct bios and drivers for the board. Once all the drivers were the latest and greatest I must say I loved the build almost enough to keep it =) Vista ran flawlessly. The computer only took IIRC 65-75 watts from the wall with one hard drive and one cd-rom drive. three words... For The Win! =)

Pros: I was worried about low performance and bad sound with a board like this when building my brothers budget PC. Well, come to find out in both Windows XP and Ubuntu 9.04.. This machine just ROCKS. It's not quite as capable as some systems, but it's rock solid and does the job very well. We paired this up with an E5200 and made one heckuva budget box! Excellent price and you've gotta love that intel quality. It came with just about everything we needed to set our system up completely! (The mounting screws didn't have the plastic protection washers, but I did :) )

Cons: The video isn't the best, but performs great as an HTPC or media center style PC. It makes for a GREAT HTPC because of the DVI-D though.

Overall Review: I don't think you could beat this board for the cash. All the drivers work excellent that come on the CD in both XP and Vista (we chose XP as my brother didn't like vista much lol) I don't regret picking this board at all. A+ :)

Pros: This is an amazing board and the only reason I am giving it three eggs is because of newegg directly. According to newegg this mobo works with the Pentium D processor, this is NOT true. After I received it in the mail I quickly learned (from an intel rep) that this wouldn't work. I never seconded guessed newegg because they always were correct but really dropped the ball this time.

Cons: Again, great mobo but newegg needs to be more careful. Their mistake cost me time and money.

Pros: Easy to install and load, worked fine until...

Cons: Onboard NIC fails. On 6 builds using same board (over several months) 4 of them have had the NIC fail. The first one happened within 6 weeks! I just ordered 6 PCI NICs cuz I'm fully expecting everyone to fail, and putting in NICs is cheaper than paying for shipping to RMA them back to Intel. No more Intel boards for me.

Overall Review: Used to love Intel boards. But not after 4 out of 6 failed. And oh yes, whose bright idea were those annoying little POST tweeps! (Somebody outta shoot that guy!)

Pros: Plays 1080p flawlessly with the onboard graphics.

Overall Review: I had always heard that intel motherboards were top quality but this one failed to impress.

Pros: Picked up two of these boards for building a couple of test rigs for software development. So far, both boards run stable without any issues. Drivers have been stable (downloaded as of 3/23) on Windows XP Pro SP3C. Had to get a board with at least one serial port and one parallel port, both which this board mostly had (see cons). Added bonus for also having PS2 mouse/keyboard. In brief: -- PS2 Mouse/Keyboard -- Legacy Serial/Parallel Ports -- Dual head video (DVI-D/VGA)

Cons: BIOS: After initially getting system built up around first motherboard, I needed to make an image. Using ghost 2003 (eww, not the windows part, but the boot from a CD version), the system refused to recognize the SATA DVD-ROM used for booting off of the CD. Even worse, after switching to legacy mode in the BIOS, the system refused to see the hard drives. This was easily fixed after flashing the BIOS. Ghost 2003 now properly boots and recognizes all drives. Initial BIOS boot time: The first time I powered up the first board, I thought it was DOA. Then the system displayed the BIOS screen (after about ten seconds). After flashing the BIOS, boot lag during BIOS is down to a few seconds. Other partial con (no biggy) is the lack of the serial port normally found next to all other rear ports built in to the motherboard. Intel provides a 10 pin header to attach a single serial port to. Add expansion bracket for serial port, boda bing boda boom, instant serial port.

Overall Review: The DG41TY model is being used as a replacement for the Intel D945GCNL. Everything works great, and both systems built around the DG41 have been rock stable. Would have given five eggs if bios flash was not needed out of box. Board is good any which way. Config: E2200 (S-spec SLA8X) Kingston ValueRam 512 PC2 5300 WD WD800AAJS 80GB LG GH22NS30 DVD-RW WIN XP PRO SP3C

Cons: Onboard DVI connector is defective. I couldn't figure out WHY the stupid connector wouldn't fit! Upon closer inspection, the 4 holes around the blade were not bored through/setup. Not a deal-breaker, because I had a VGA cable available. QC at Intel must have just missed this one. If you're limited to using a DVI cable-check this before you get everthing else installed.