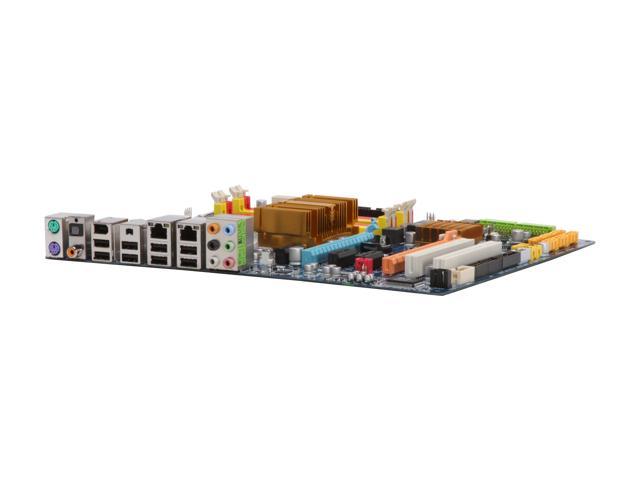 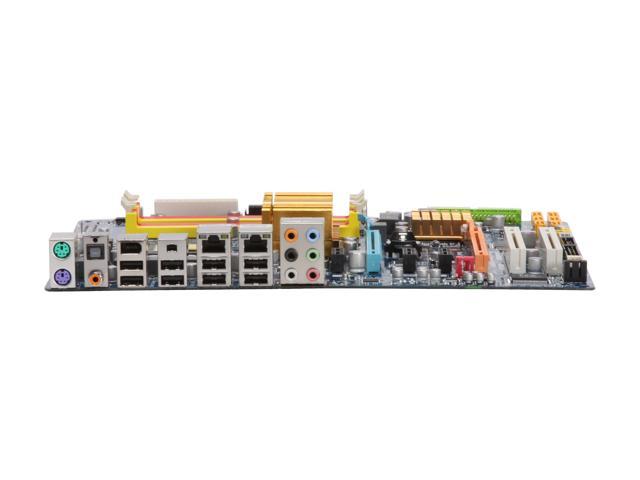 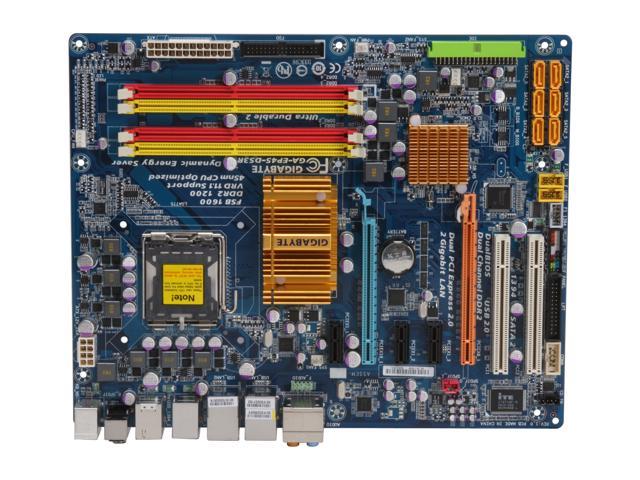 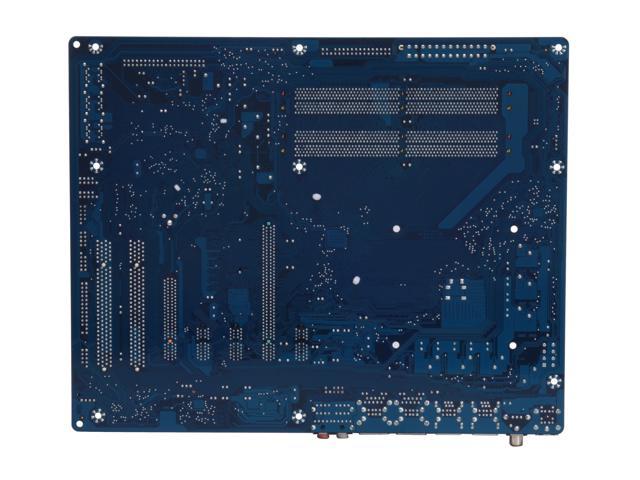 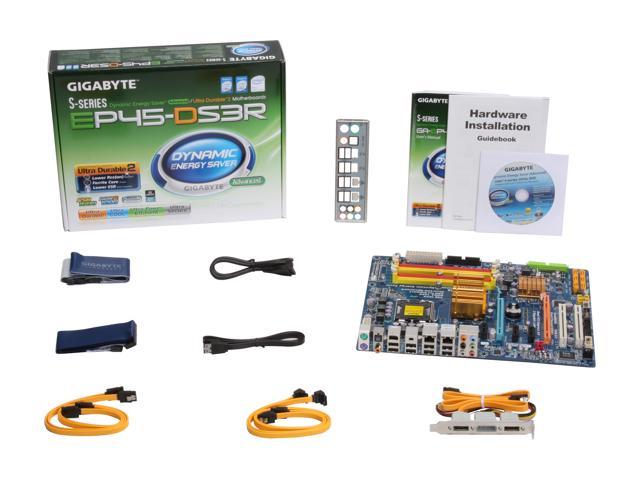 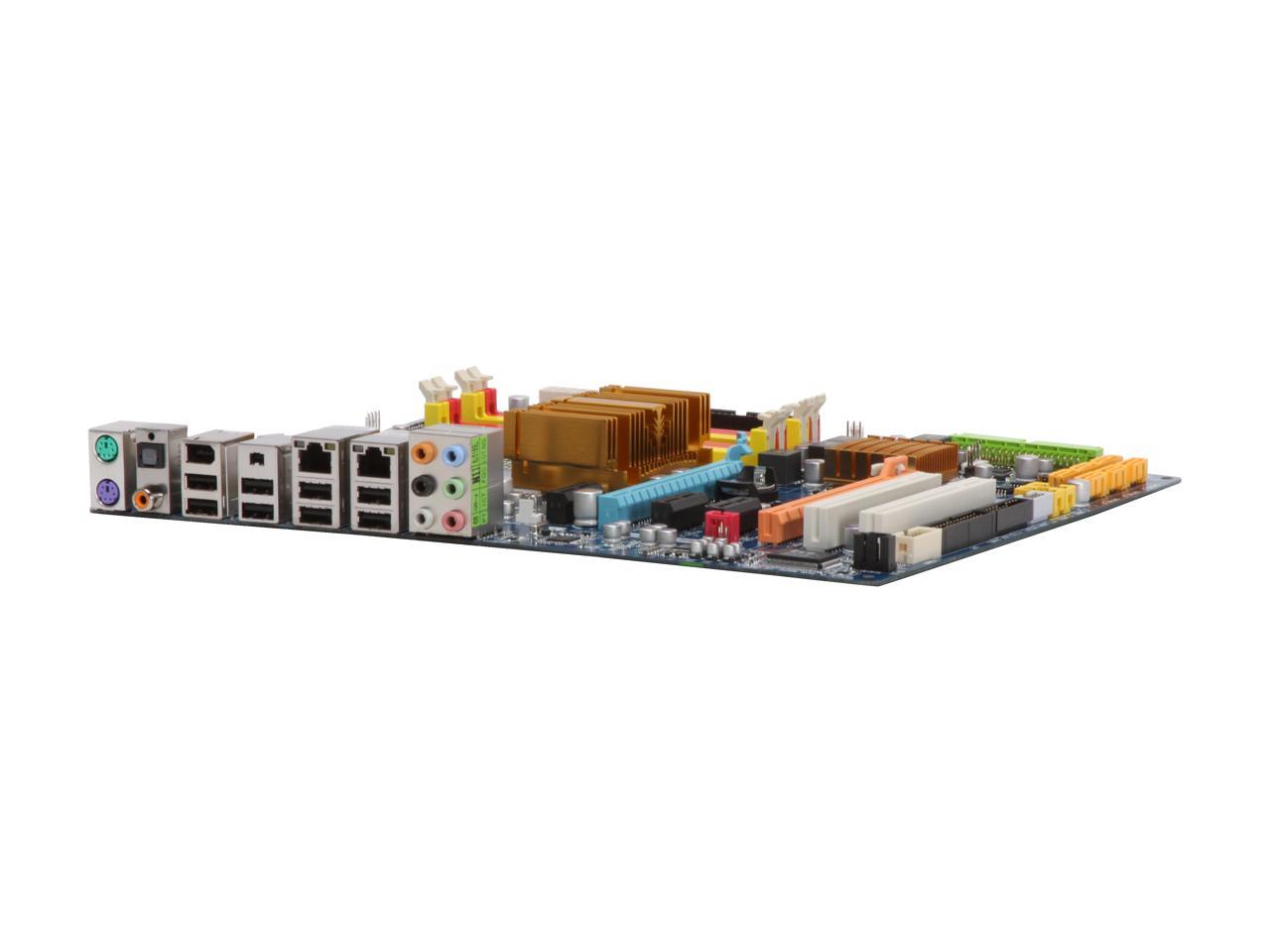 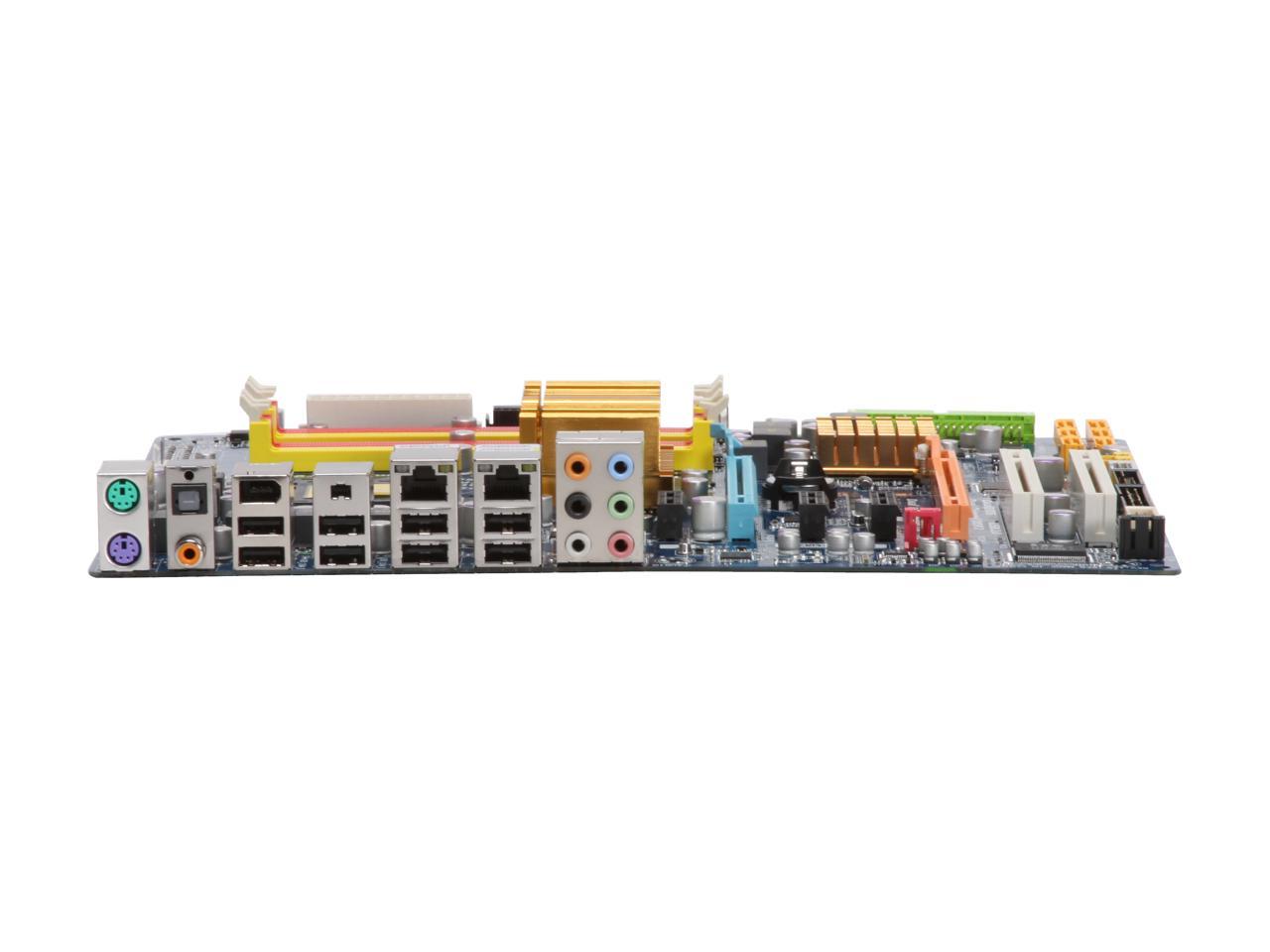 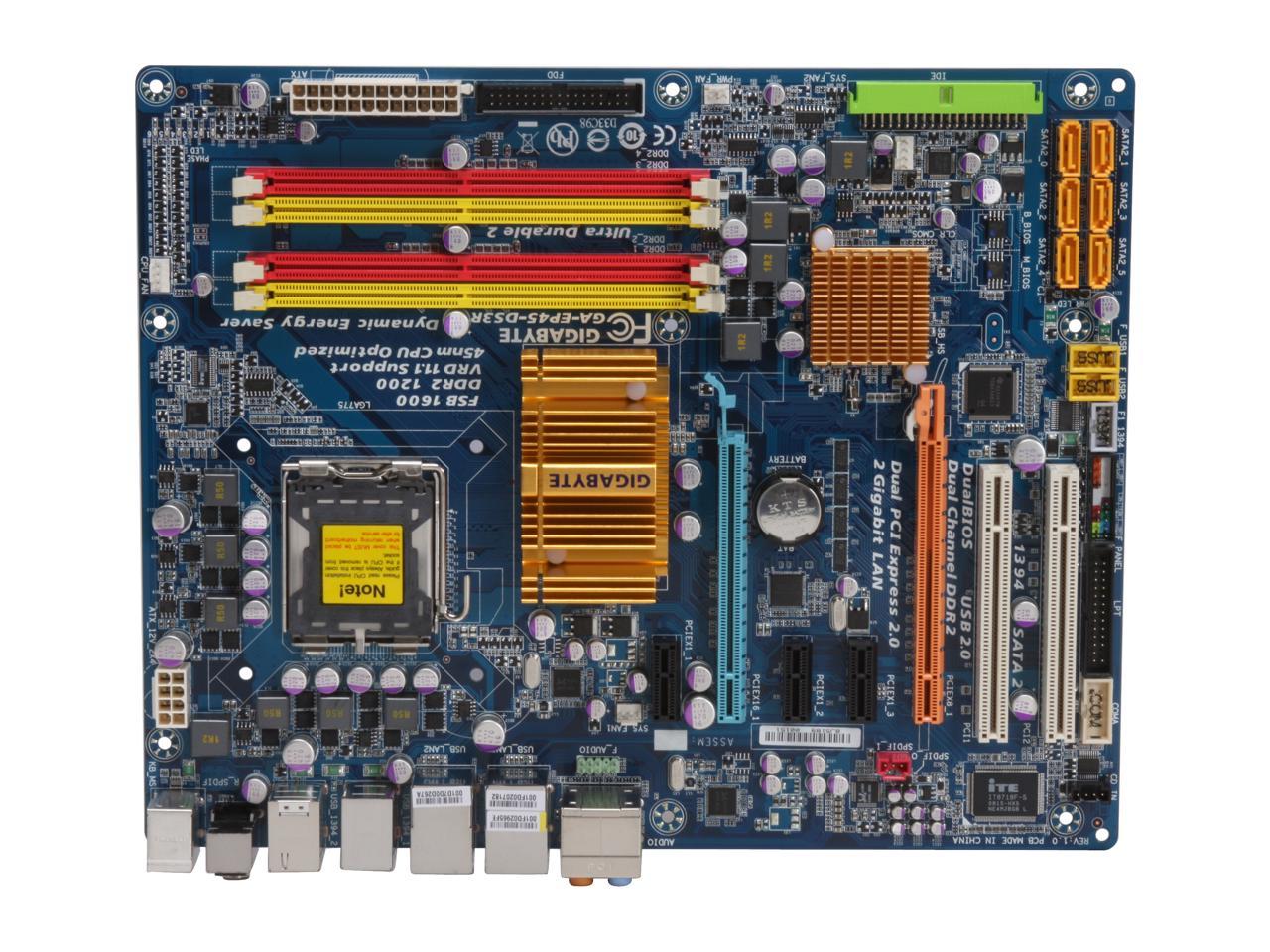 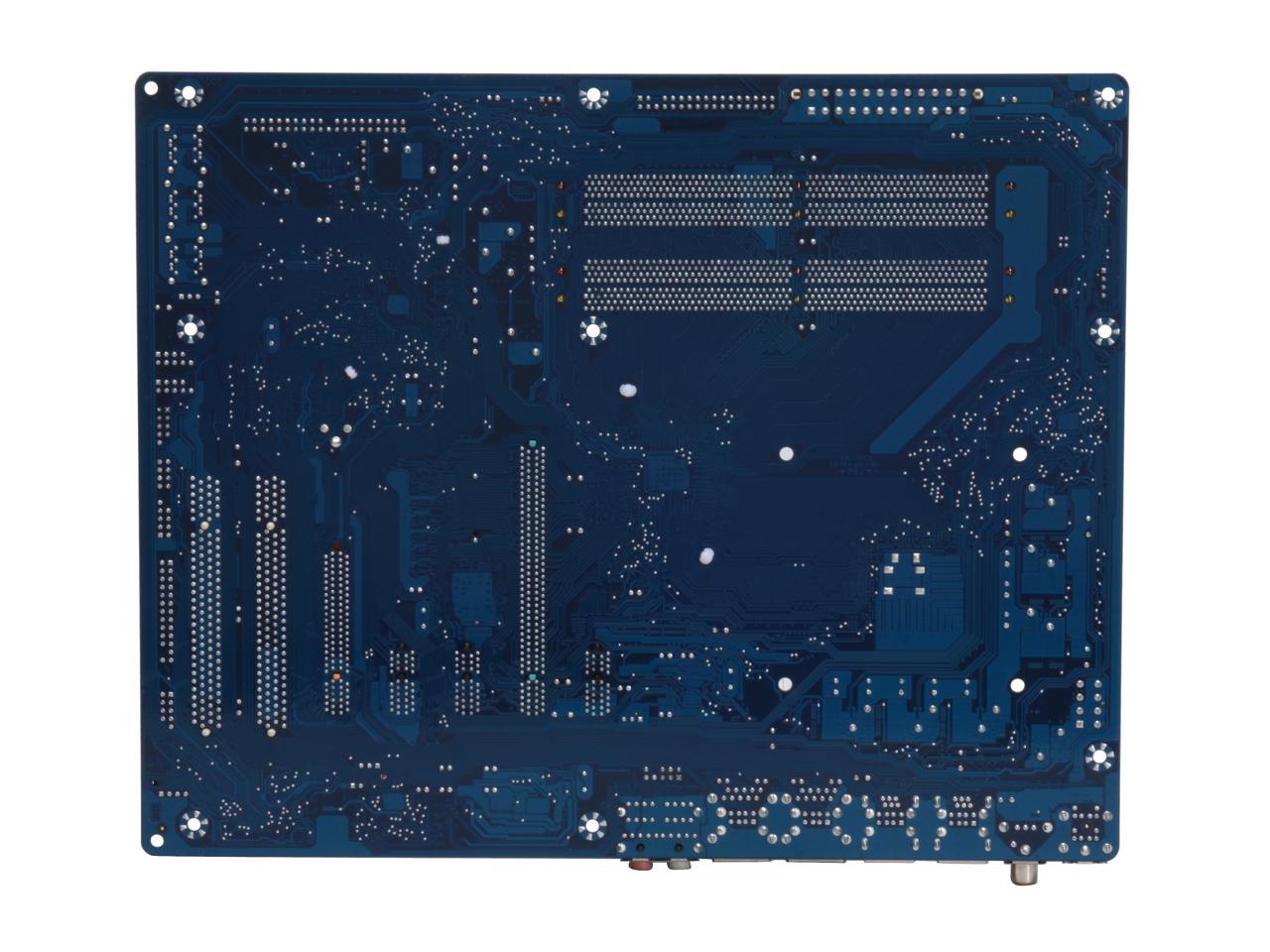 Learn more about the GIGABYTE GA-EP45-DS3R

Cons: Apparently the BIOS needs to be updated out of the box.

Overall Review: I immediately flashed the BIOS to F6 after installing Vista. Never had any stability problems or BSOD because of the mobo itself. Using this with an E8500 and 4GB GSkill PC8500 RAM (2x2gb). Mobo recognized the RAM and posted with no problems, though I did have to tweak the settings. CPU is OC'd to 3.8 ghz (400 x 9.5), cores never go over 56C with an Arctic Freezer 7 Pro. Antec 900 keeps it all cool.

Pros: Read my prior review with my reboot loop problem. I searched far and wide on Google and found out the issue. Works now after I figured out its secrets. This is actually quite a good motherboard once you get it to work. I'm sorry for disparaging it before I figured out the problem and I wish I could edit my prior review.

Cons: Manual does not explain the double triple boot issue. See below. Turns out the reason for the triple boot was because the MB rejected my memory settings. At stock, I had to up the voltage of the memory +0.1V over recommended. Once I did that, the MB accepted my settings and rebooted twice. Everything works dandy now. If only I can figure out why my Q6600 runs at 100C (on a water cool rig!) using Prime95.

Overall Review: This is my second review. As I posted earlier, I had problems with the MB going into a continuous reboot loop. It turns out that it's not continuous. Here's the problem and ALL YOU GUYS WHO BUY THIS SHOULD KNOW IT. The manual does not explain it at all. When you set the BIOS, after you save and exit, it reboots once, shuts down and reboots a second time. THIS IS ACTUALLY NORMAL! However, if it shuts down and boots a THIRD time, you have a problem with the overclock or your settings. It will then REVERT BACK TO THE PREVIOUS working setting (your BIOS will still reflect the changed settings (the failed OC), but will actually run at its reverted settings. The manual should have made this absolutely clear. I pulled my PSU's plug after the third reboot thinking it was a continuous loop when it actually does stop after the third. So to summarize - One boot = normal (most likely ayou made a minor BIOS change. Two boots, normal. Three boots = failed settings/Overclock

Pros: This is a great board with lots of connections and features. The built in sound card quality is great. The BIOS is pretty easy to manipulate with lots of options. Recognized my ram with no problem (though i did have to manually adjust the voltage).

Cons: The system was extremely unstable with random freezes before I updated the BIOS to version F8. I wracked my brain trying to figure out the cause of the freezes for almost a week. Double check after updating BIOS because it didn't work properly the first time. Also the graphics card does sit too close to the bottom RAM clips making it hard to take ram in and out.

Pros: It looks/feels sturdy/well built...many features you find on higher end motherboards are included for this fairly low price. The other reviews hit most of the good points...

Cons: Let me tell you this motherboard is extremely buggy with RAM before you install ALL drivers and flash the bios to the newest version. 4 stars for the buggyness...i'm being nice because it cost me around 3 hours of tweaking and messing around with it....

Overall Review: I had windows vista freeze 10 times and games would crash...etc. But since I've flashed the bios its been a pleasure....Keep in mind windows vista won't allow you to flash the bios from windows. Instead, this motherboard has a q-flash utility in which you put the new bios version on a flash drive and then press "end" while booting up...the bios then updates from the flash drive...pretty easy!

Pros: Came to life smiling and ready to run! Perfect companion for the Intel E8400

Overall Review: shipped with BIOS level F4 (no issues yet). There were no reviews when I selected this board but I trusted Gigabyte reputation and this MOBO had all I needed (and more). It's a well marked board and easy to install. Intimidating BIOS options but standard settings got me under way with no issues. New system built for FSX: GA-EP45-DS3R; E8400; (Gigabyte) ATI 4850; 4G Crucial Ballistix Tracer 1066; Freezer 7 Pro HSF; Cooler Master 550W in Cooler Master Centurion 5 case. Except for removing the side duct to allow for the extra cooler height, everything fits fine. Assembled, reinstalled XP to SP3 and first FS9 test flight in a single evening. Nice upgrade from previous system (AMD64 3500+). FS9 Simmers: all features MAX, weather, LAX and 774 AI in the sky... still smooth 20+ fps. I'm anxious to get FSX rebuilt and see how it runs! High recommendation for this board!

Pros: With proper setup and OCed quad-core with FSB 450-500 any task looks like a breeze.

Cons: if AHCI mode is enabled for SATA controller - SATA DVD-RW does not work and system refuses to go beyond "verifying DMA pool..". Had to use regular IDE DVD-RW drive. BIOS recognized only one kind of usb flash drive, i tried 3 different ones while attempting to flash BIOS

Overall Review: Be careful with USB headers. First pins marked black, which doesn't mean it's for black wire. You will fry your usb devices if connected in opposite direction.

Pros: Very good board layout which makes it easy to do a build, pretty good documentation, no issues with driver installations (both 32 and 64 bit), has been very stable with no crashes/lockups at all.

Cons: Just take these precautions: boot up with only 1 memory stick, then flash the BIOS to version F6 before you go any further. Don't bother going to higher BIOS version unless you have to. Don't try to install Windows with more than 1 stick of memory installed (2gb max) - once Windows is up, patch to latest versions available from MS, then install your additional memory sticks. Note that you may have to raise the memory voltage a little higher if you experience instability - I've got mine to 1.9v. That's the only non-default setting I've had to make.

Pros: When I bought this MB there were no reviews to go on. But since I have always had good luck with Gigabyte (and I am a sucker for the latest stuff if the price is right), I went ahead and got it. Downloaded the F5 BIOS update and upgraded before installing Windows. Everything seemed fine except for intermittent BSOD due to a video driver infinite loop. Checked the GB site and discovered that a new BIOS (F6) had been posted literally hours after I downloaded F5. Description stated it was for VGA issues. This one did the trick. GB is about the easiest BIOS to update.

Cons: None. Just save yourself some grief and update to the latest BIOS before you install your OS.