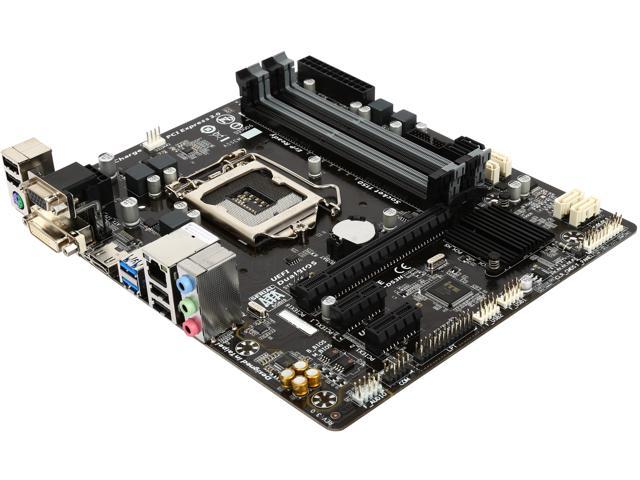 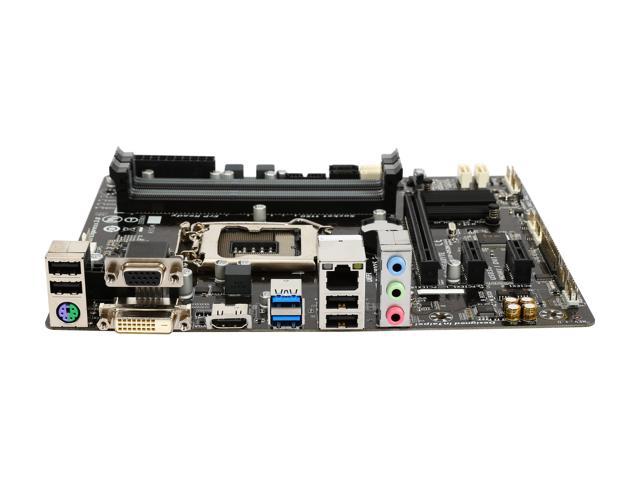 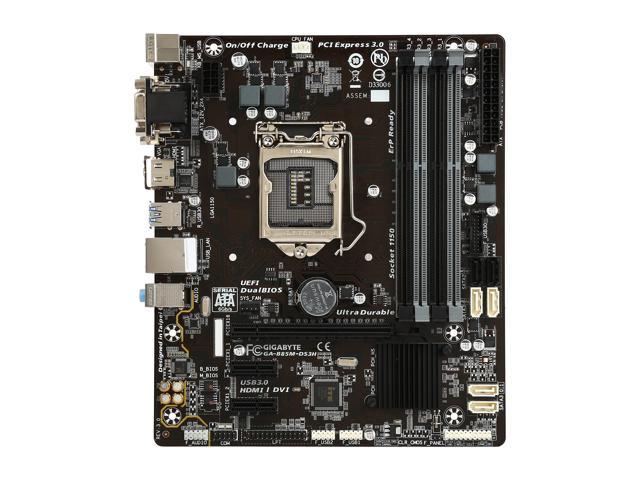 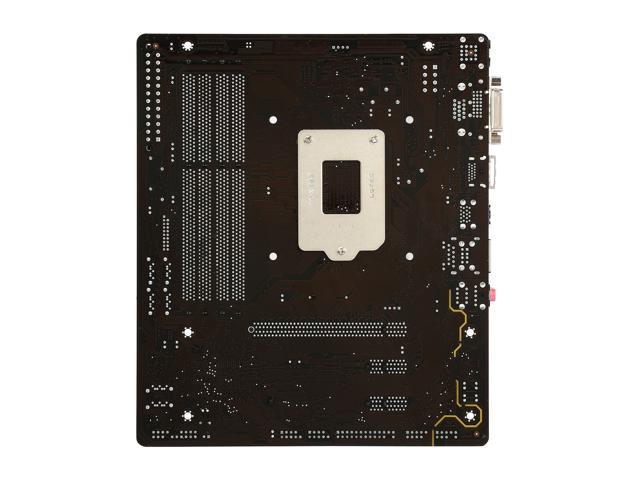 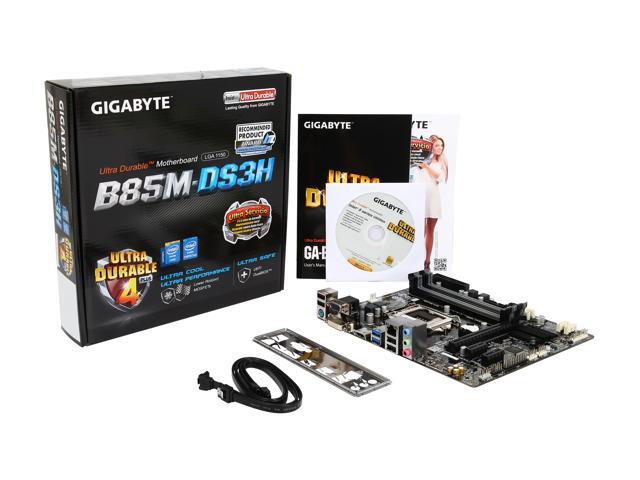 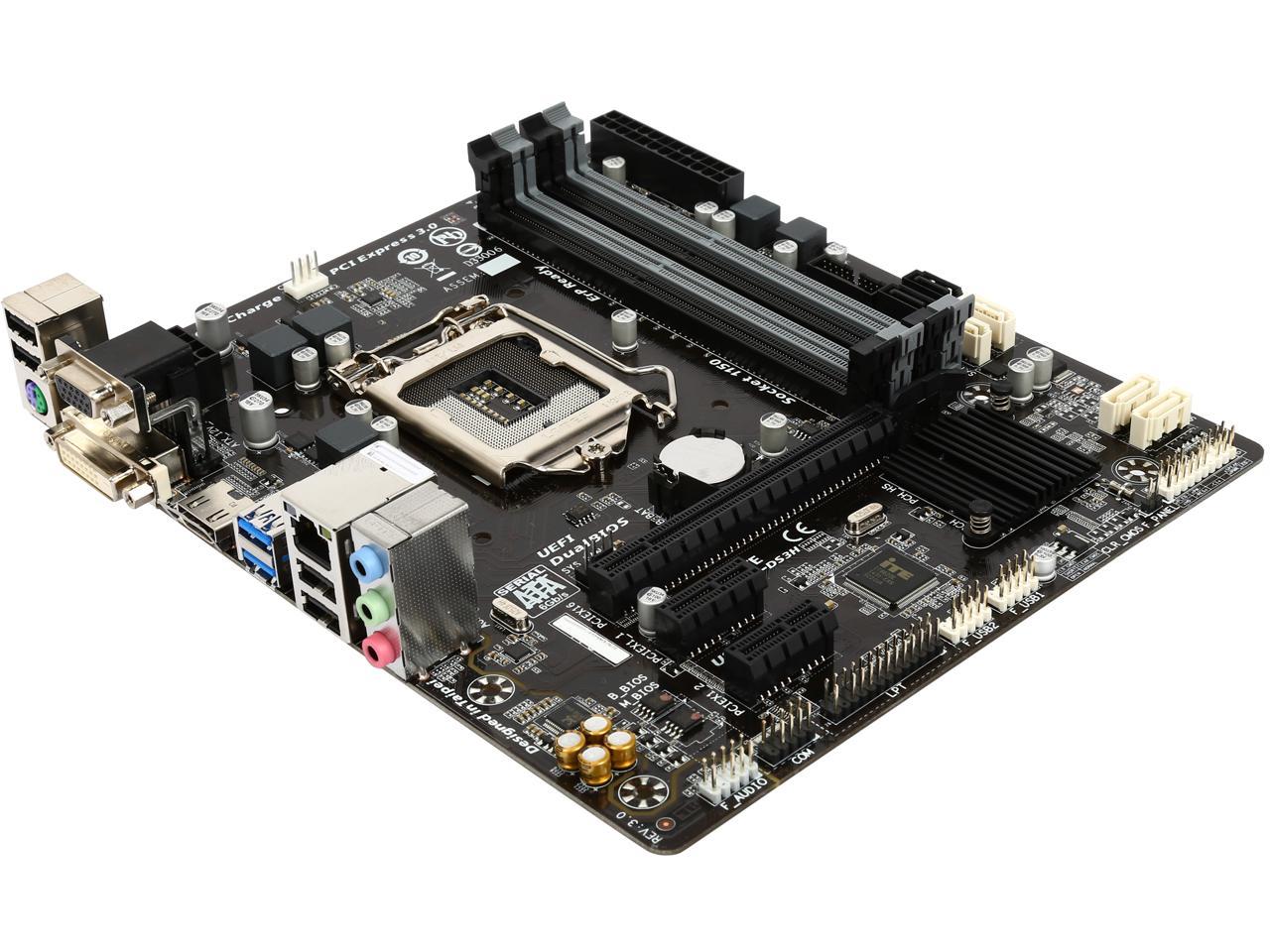 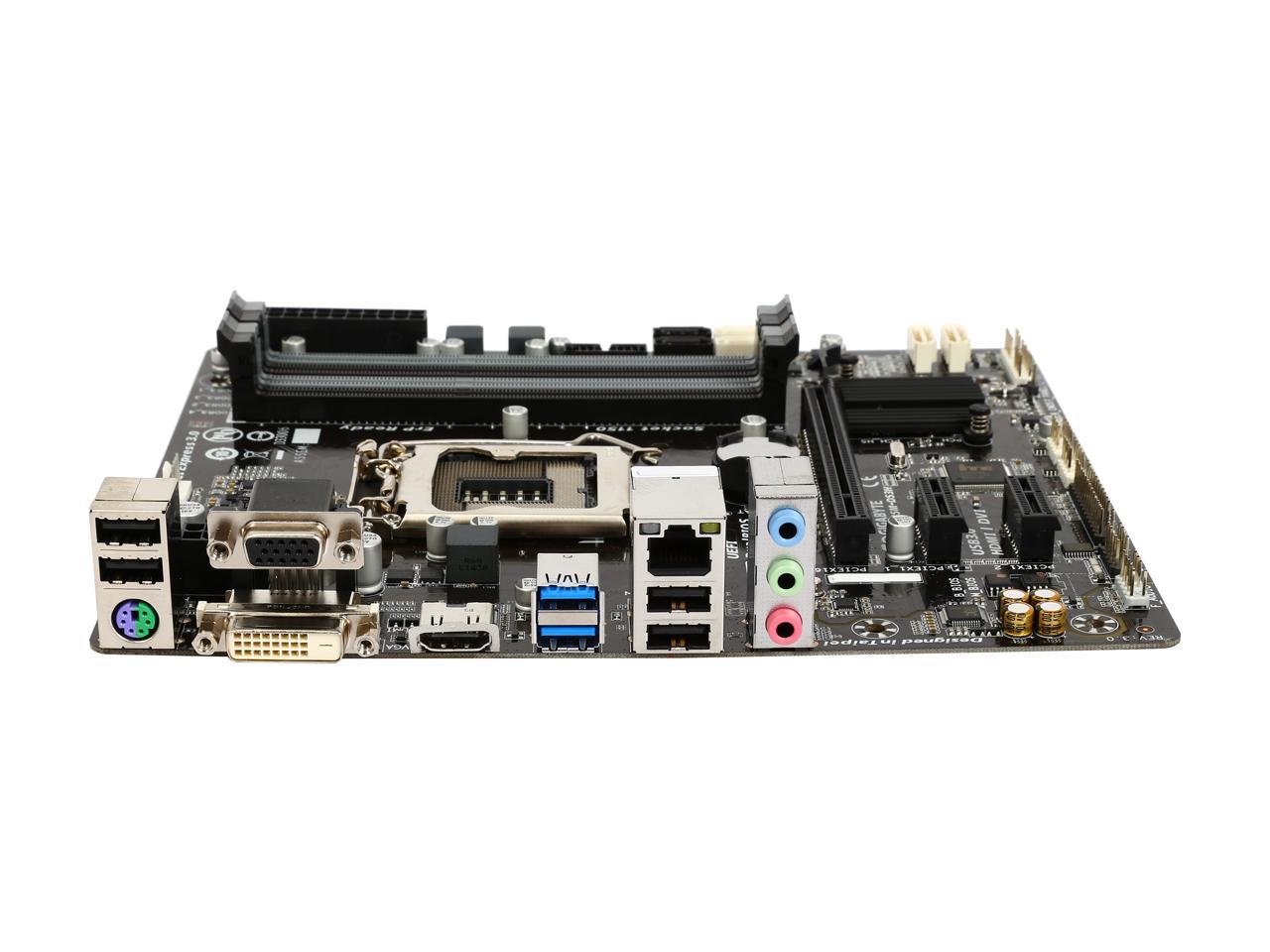 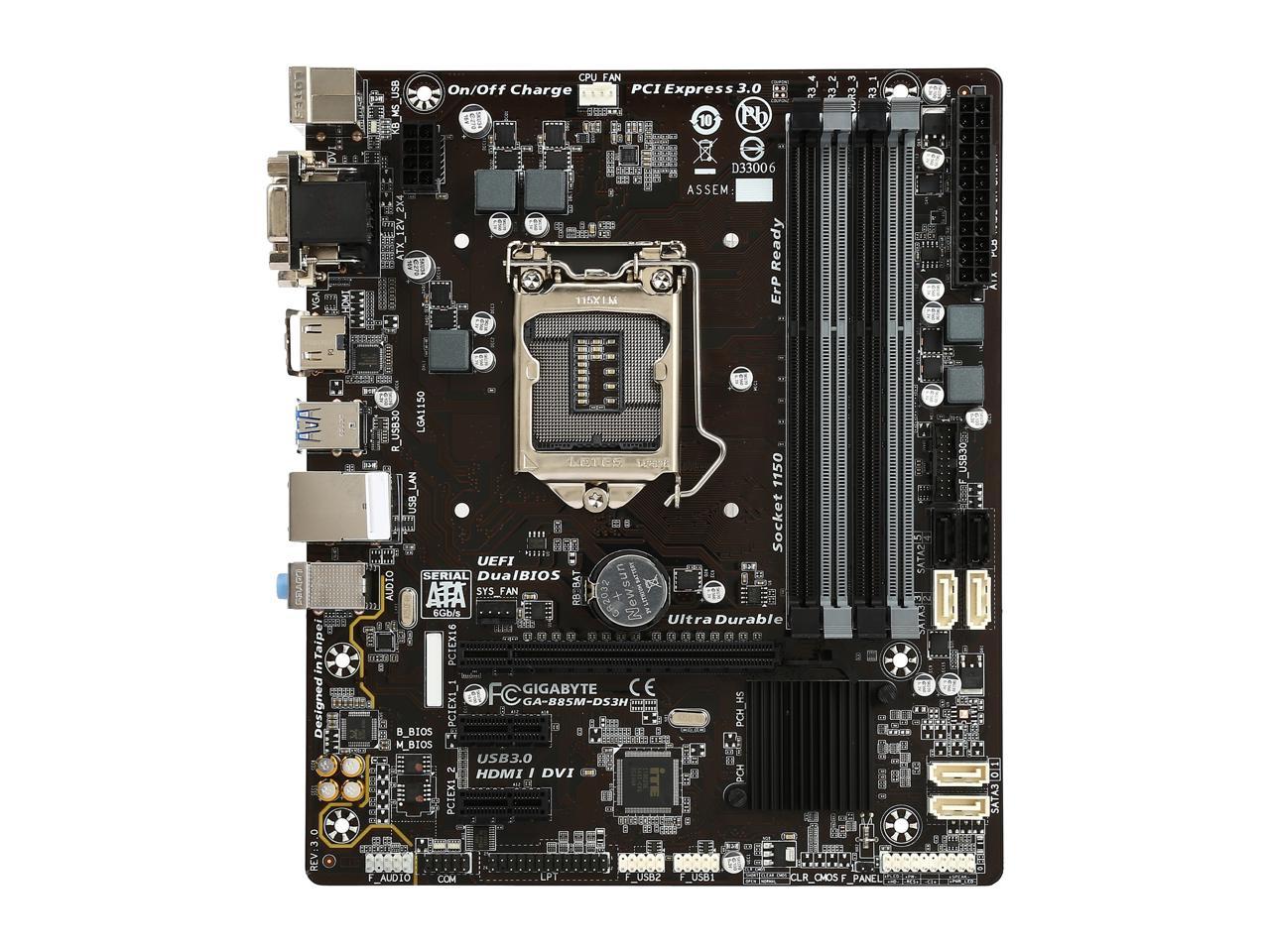 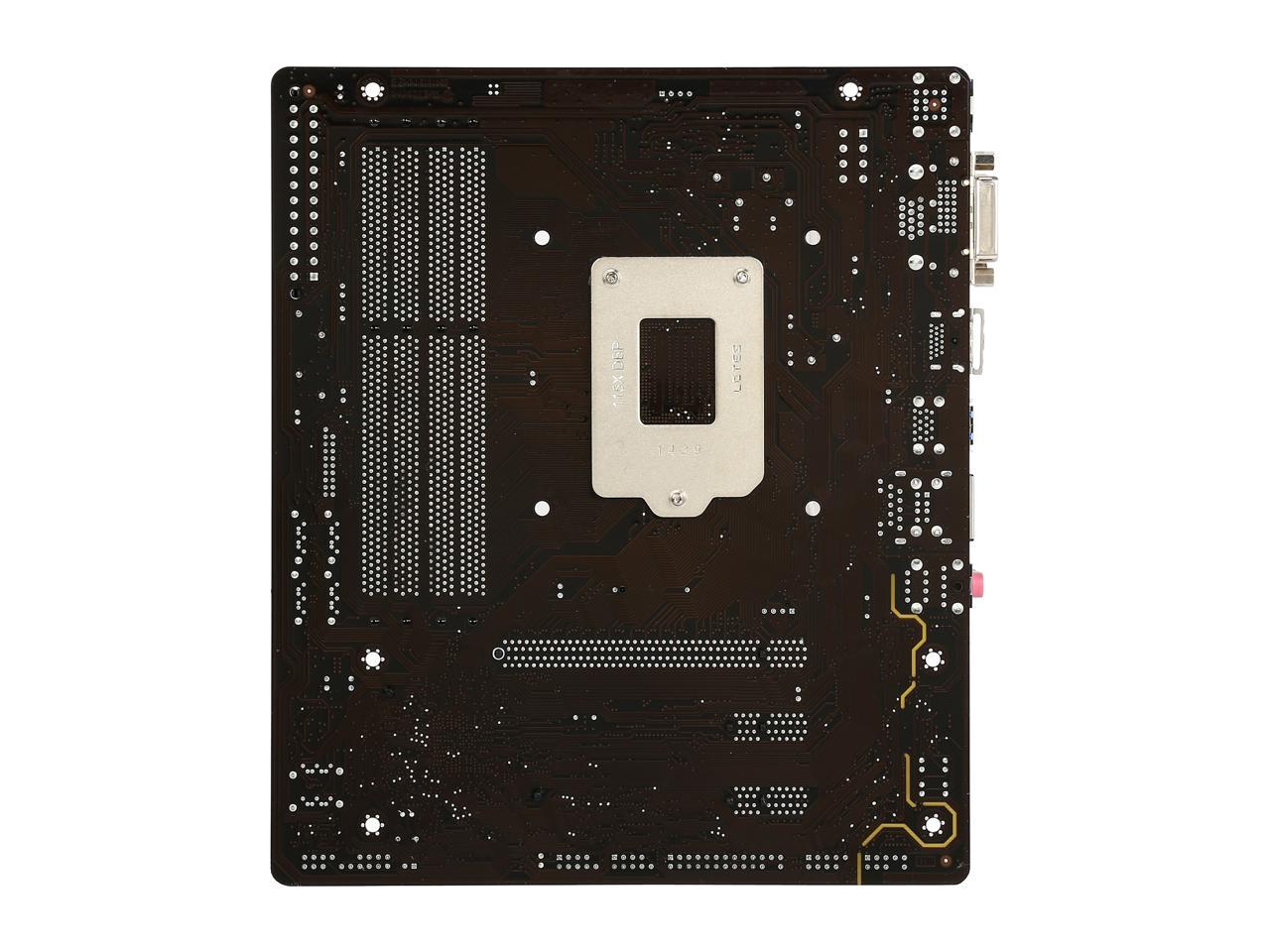 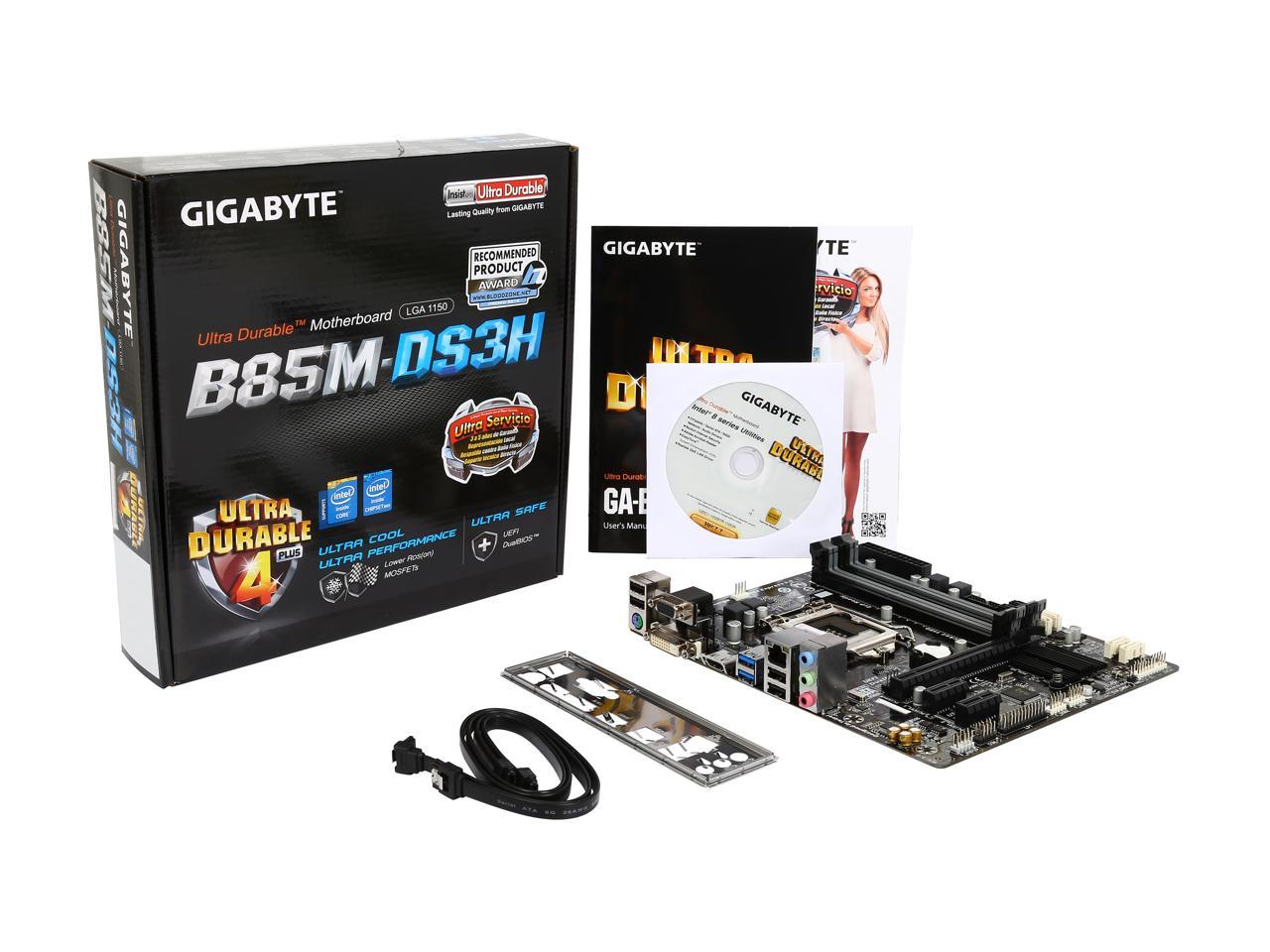 HDMI™ is a High-Definition Multimedia Interface which provides up to 5Gbps video transmitting bandwidth and eight-channel high-quality audio all through a single cable. Able to transmit superior, uncompressed digital video and audio, HDMI™ ensures the crispest rendering of digital content up to 1080p without the quality losses associated with analog interfaces and their digital-to-analog conversion. In addition, HDMI™ is compatible with High-bandwidth Digital Content Protection (HDCP), allowing the playback of Blu-ray/HD DVD and other protected media content. GIGABYTE UEFI DualBIOS™
GIGABYTE motherboards feature GIGABYTE DualBIOS™, an exclusive technology from GIGABYTE that protects arguably one of your PC's most crucial components, the BIOS. GIGABYTE DualBIOS™ means that your motherboard has both a "Main BIOS" and a "Backup BIOS," making users protected from BIOS failure due to virus attack, hardware malfunction, improper OC settings or power failure during the update process.

As well as offering more system fans than ever before, GIGABYTE 8 Series motherboards feature an updated and improved CPU and system fan speed controls, with individual airflow and speed settings available via a dedicated digital controller. GIGABYTE Smart Fan 2 allows you to configure CPU fans and system fans. On GIGABYTE 8 Series motherboards each USB port has its own dedicated power fuse that prevents unwanted USB port failure, helping to safeguard your important data during transfers.

Pros: Can overclock this thing like crazy. For the $100 combo price tag, this has been the best mobo/cpu combo that I've seen. Some here say that this combo is unable to overclock... man are they off base totally. The trick: go into the MIT settings for clocking, click on the "AUTO" button next to the core multiplier ONCE with your mouse. Hmm.. nothing happens and most people get P-O'd, write a poor review, give it 1 Egg, and return the board at this point. Now here is the magic. Type in 33 (to start with) using the keyboard... the 33 appears in the box where AUTO once was. This technique works for pretty much all settings. Alternatively click on the setting and then hit the space bar to increase values. Also works to set CPU voltage past the 1.2V mark. Enjoy the best deal NewEgg has offered in years.

Cons: Oh shoot! They took the combo deal down. NewEgg should offer this $100 DS3H Rev3.0 along with the G3258 combo package for the remainder of the year, the 20th birthday of the Intel Pentium processor, as a tribute to venerable Intel Pentium Processor.

Overall Review: Makes an awesome low buck starter rig. Removed an old tired AMD Athlon 64 board from an old build and replaced it with this combo. What a night and day difference. I intend to use this combo in a system for media playback; initial results with an "under clock" to 3.0 GHz show cool, quiet, smooth video/audio outputs through the HDMI port. And to think I was going to initially buy an AMD A10 . Thanks Intel, Gigabyte, and NewEgg.

Pros: Solid mATX Board, with all the modern functions without a high price tag. Very well overall quality.

Cons: X.M.P function is defective on all rev. DO NOT enable X.M.P or the system will become unstable with random blue screen or restart sooner or later.

Overall Review: I am a technician and build a lot of computers for my customers, this MB is a good choice for the cheaper ones. I ordered several from rev 1.1 to 3.0, kept all the BIOS up to date, but sooner or later all the computers came back because of the random blue screens or restarts. I began to dig into the issue and almost RMA some of them. Then one day I finally figure out the it is the X.M.P which sets up the RAM to run at 8-8-8-24 causing the problem, on all revs. As soon as I disable the X.M.P, all issues go away. It took one MB half a year to show the problem but it will happen, so be prepared and disable X.M.P. BTW, RMA the MB will not solve the problem since all revs share the same issue.

Pros: -Good features for the price -Easy to overclock my G3258 -Inexpensive! Great for a budget build!

Cons: -While you can overclock on this board, it doesn't support GIGABYTE's EasyTune App, so all settings have to be changed manually in the bios (not a big issue) -Another fan header wouldn't hurt

Overall Review: A previous reviewer said that the Rev.3.0 board cannot overclock, that's incorrect. In fact, the newer Rev.3.0 boards seem to have done away with the old 1.2V Vcore max as well. Don't forget to enable XMP profile in bios!

Cons: Only one case fan header. A second fan header would have gotten this to 5 eggs.

Overall Review: Using the stock cooler, this is stable running a G3258 at 4.0 Ghz tested with Win 81 pro. Intended use is a Linux server so this will be a nice budget build combined with a G3258 and 4GB ram. note: I submitted an earlier review which may be deleted. The multipliers were locked. The BIOS listed on the rev 2.0 board was FD, but I re flashed the BIOS after downloading from Gigabyte and then the CPU was unlocked.

Pros: Good board that came with some issues... Fast performance with little issues once installed and up and running.

Cons: This is a follow up post to my DOA post earlier. Initially the board would not boot up, acted as though the CPU or board were dead with one small detail, the system tried to power up. After eliminating everything else I took a magnifying glass to the CPU socket and found the issue. The of the sockets pins along one of the interior edges were, for lack of a better description, manufactured together. The six pins (three on each column) were fused together so perfectly and neatly that it had to be done during the manufacturing process. The pins were perfectly melded together so seamlessly that they weren't readily visible until I "zoomed in" on them. I used a small plastic pointer to carefully spread the pins and realign them. Once correctly placed, board fired right up with no issues. If you board is DOA or not working correctly, check the pins closely.

Overall Review: BTW, the Gigabyte support email team were on this issue immediately and responded quickly. They were more than willing to replace or assist in troubleshooting the board.

Pros: On paper, It has everything I want in a nice inexpensive little board.

Manufacturer Response:
Dear Customer, Thank you for your comments. We apologize for your difficulty with your GIGABYTE product. Please contact us at newegg-support@gigabyteusa.com with the case number 118506 in the e-mail subject line. We will provide personalized service and analysis to help solve your issue ASAP. If the matter is urgent, please send us your contact number, and we will contact you. GIGABYTE VIP Support Team
Anonymous
Ownership: 1 day to 1 week
Verified Owner
good motherboard for the price1/22/2015 6:06:31 AM

Pros: Really liked this motherboard, worked right out of the box.... It has usb 3.0, 4 ram slots and yeah it's way you pay for plus a little more.

Cons: I also didn't like the locking system on the PCI 16x, it was a little awkward getting it in.

Overall Review: I didn't get a case sticker... I couldn't find one after ten mins.. Was looking forward to having one too. :(

Pros: Price, if it worked

Cons: Doesn't work, power cycles over and over. Should have read reviews before buying because apparently this happens a lot. Tested with different PSU and same result.

Manufacturer Response:
Dear Customer, Thank you for your comments. We apologize for your difficulty with your GIGABYTE product. Please contact us at newegg-support@gigabyteusa.com with the case number 118326 in the e-mail subject line. We will provide personalized service and analysis to help solve your issue ASAP. If the matter is urgent, please send us your contact number, and we will contact you. GIGABYTE VIP Support Team