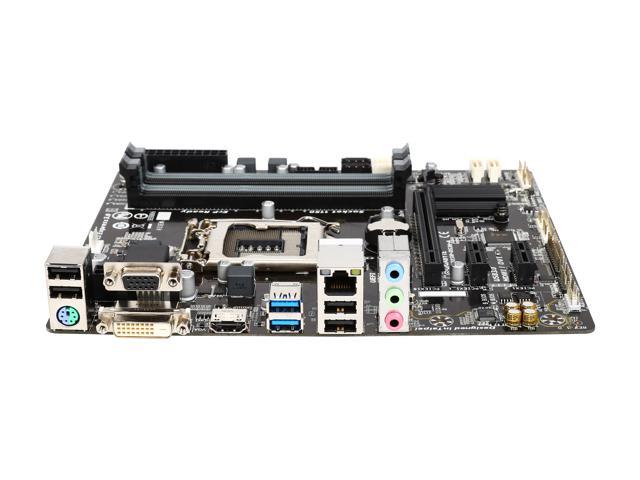 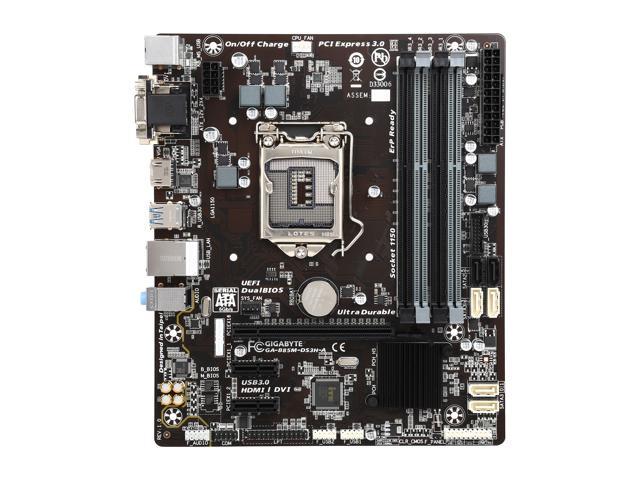 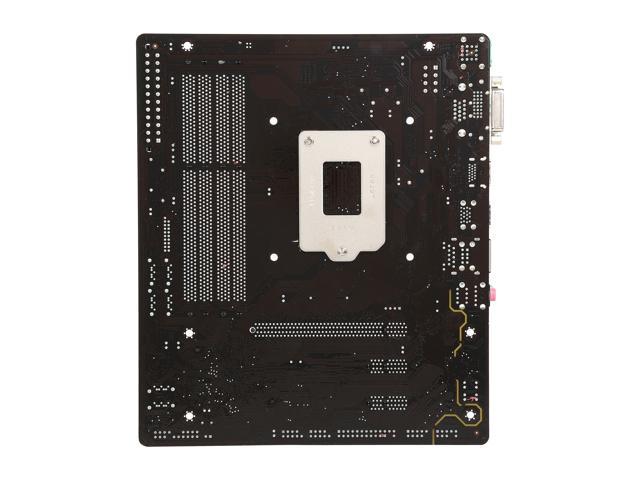 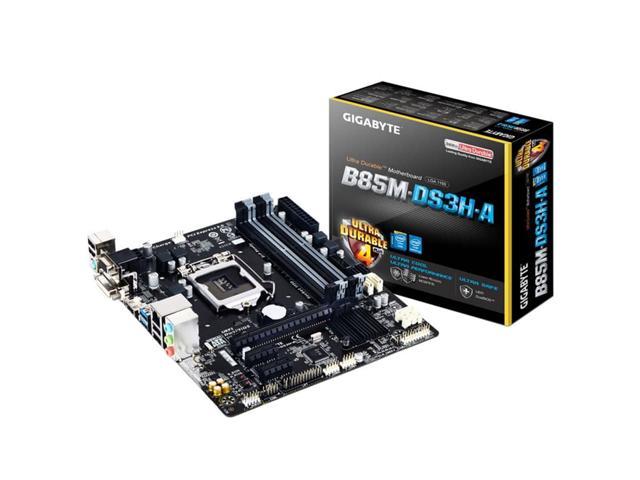 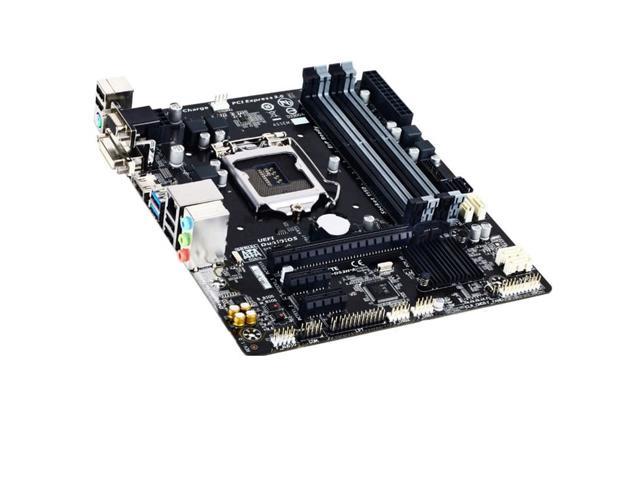 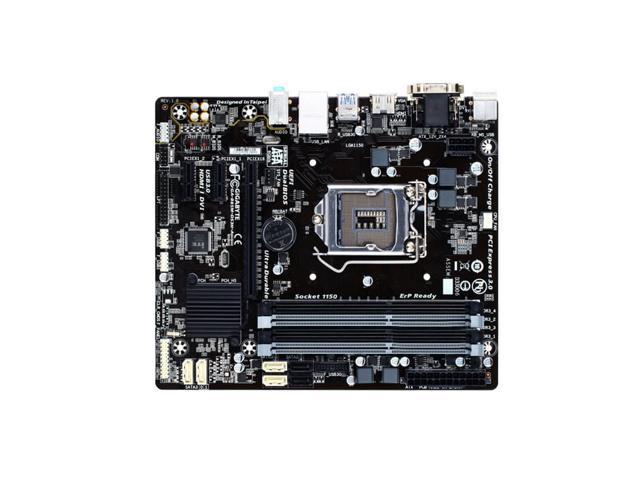 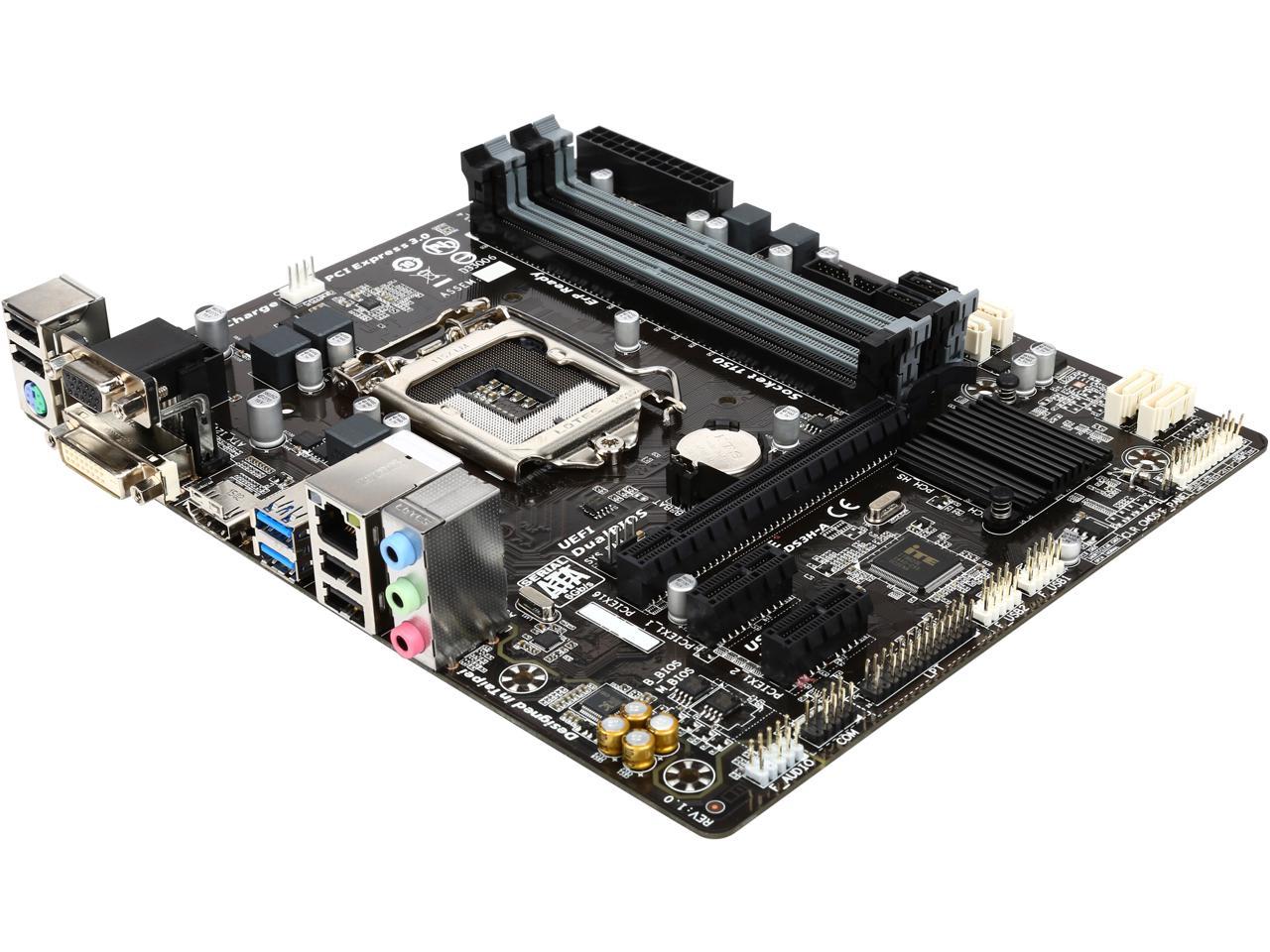 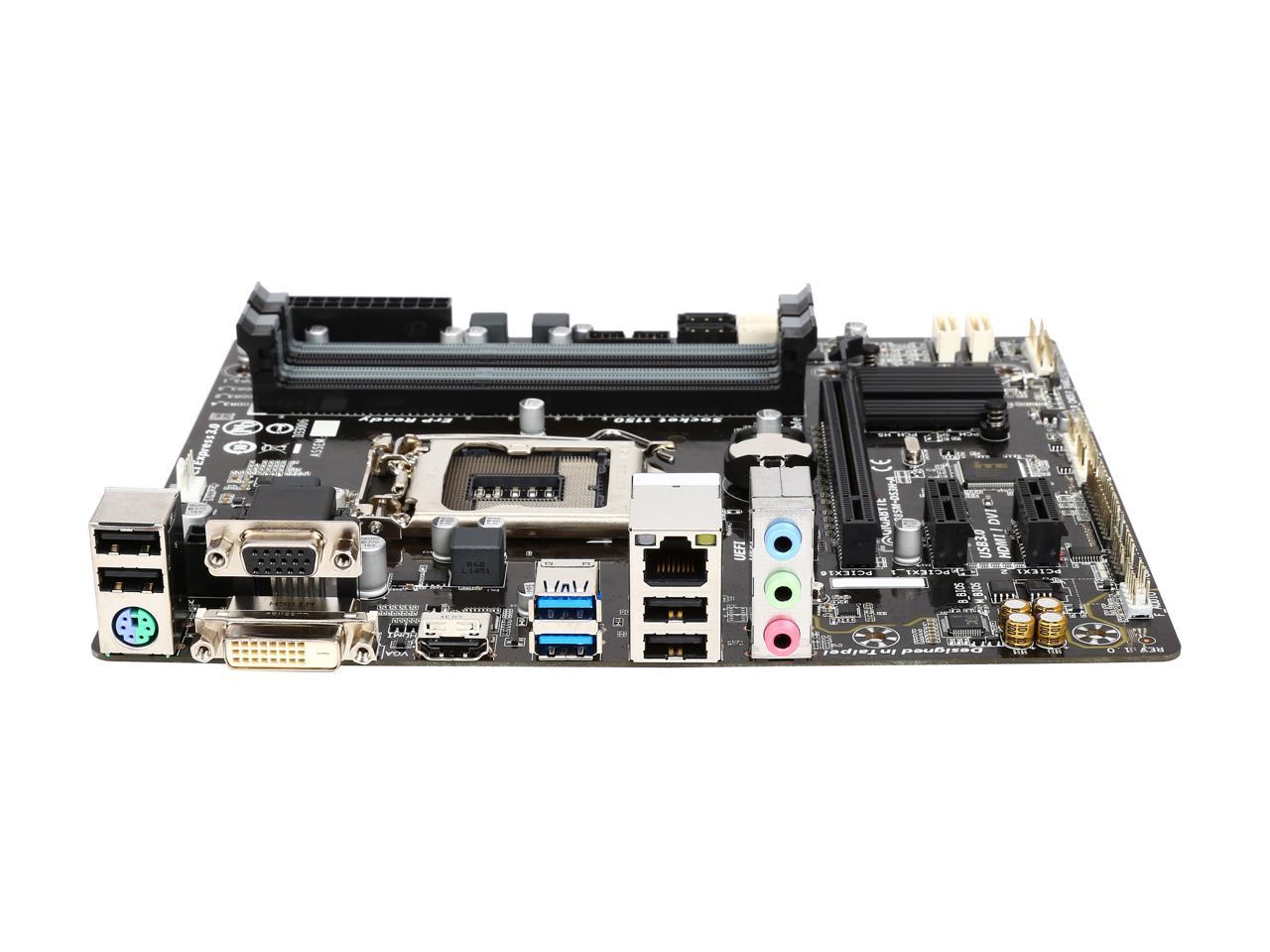 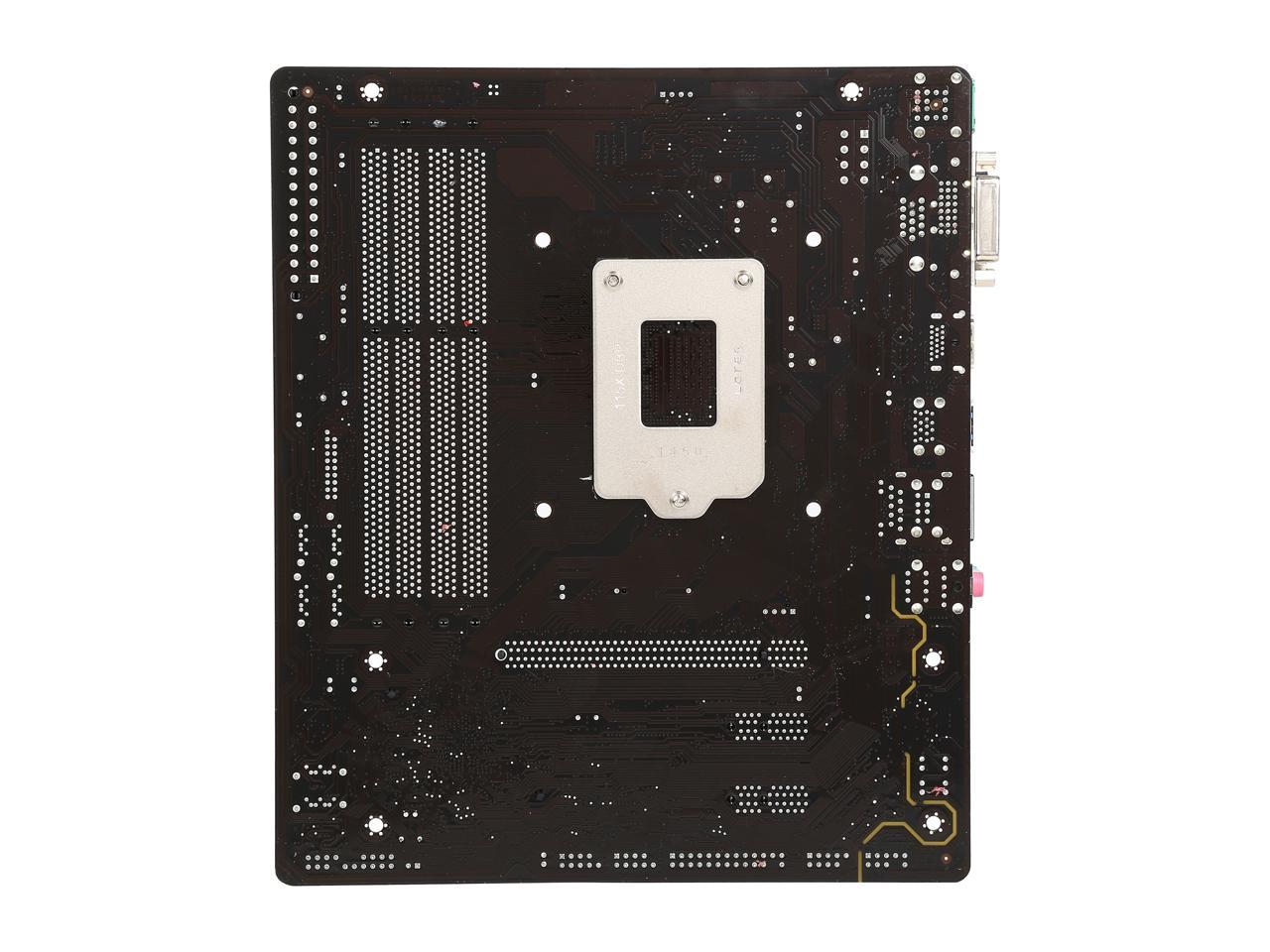 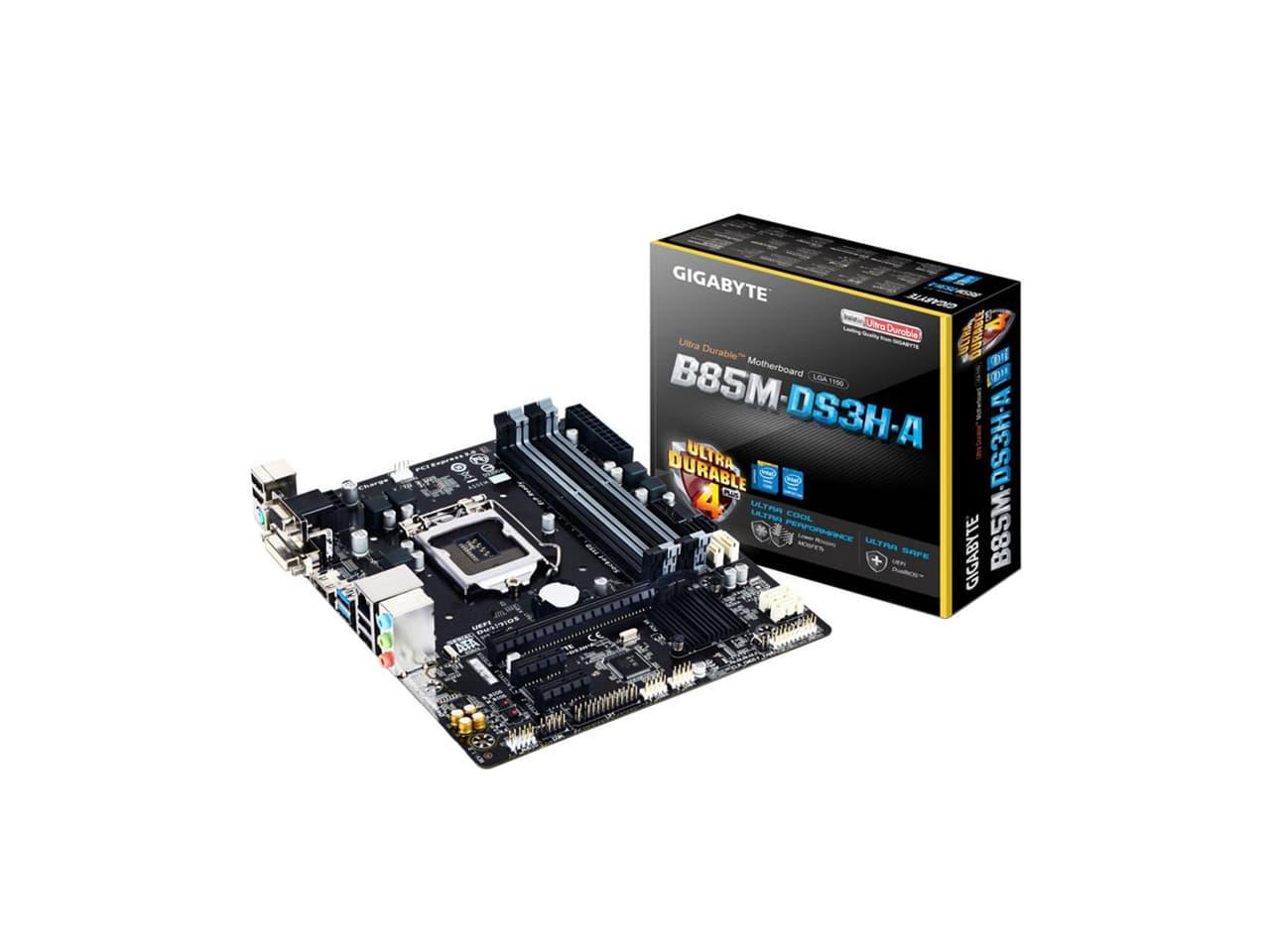 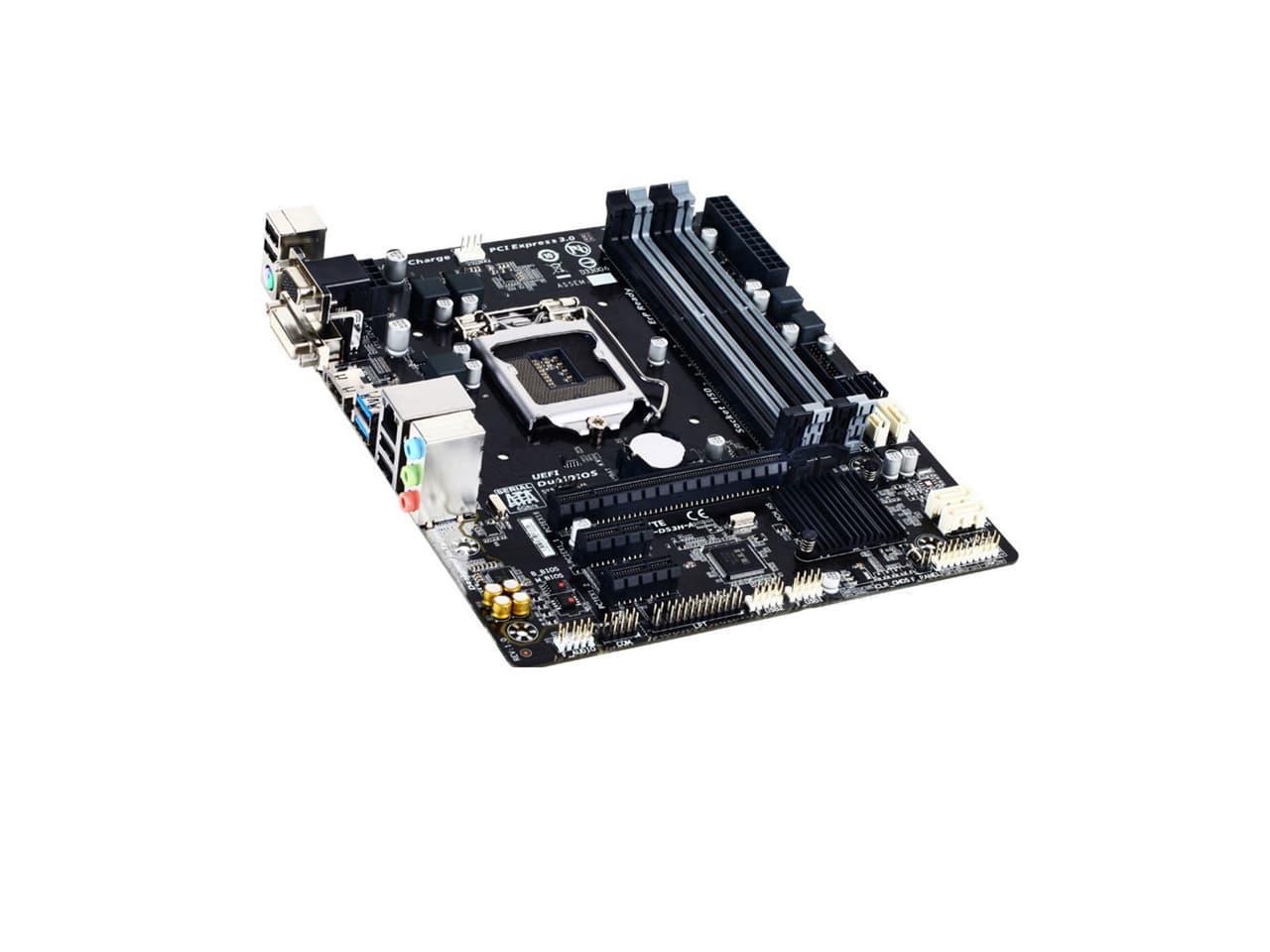 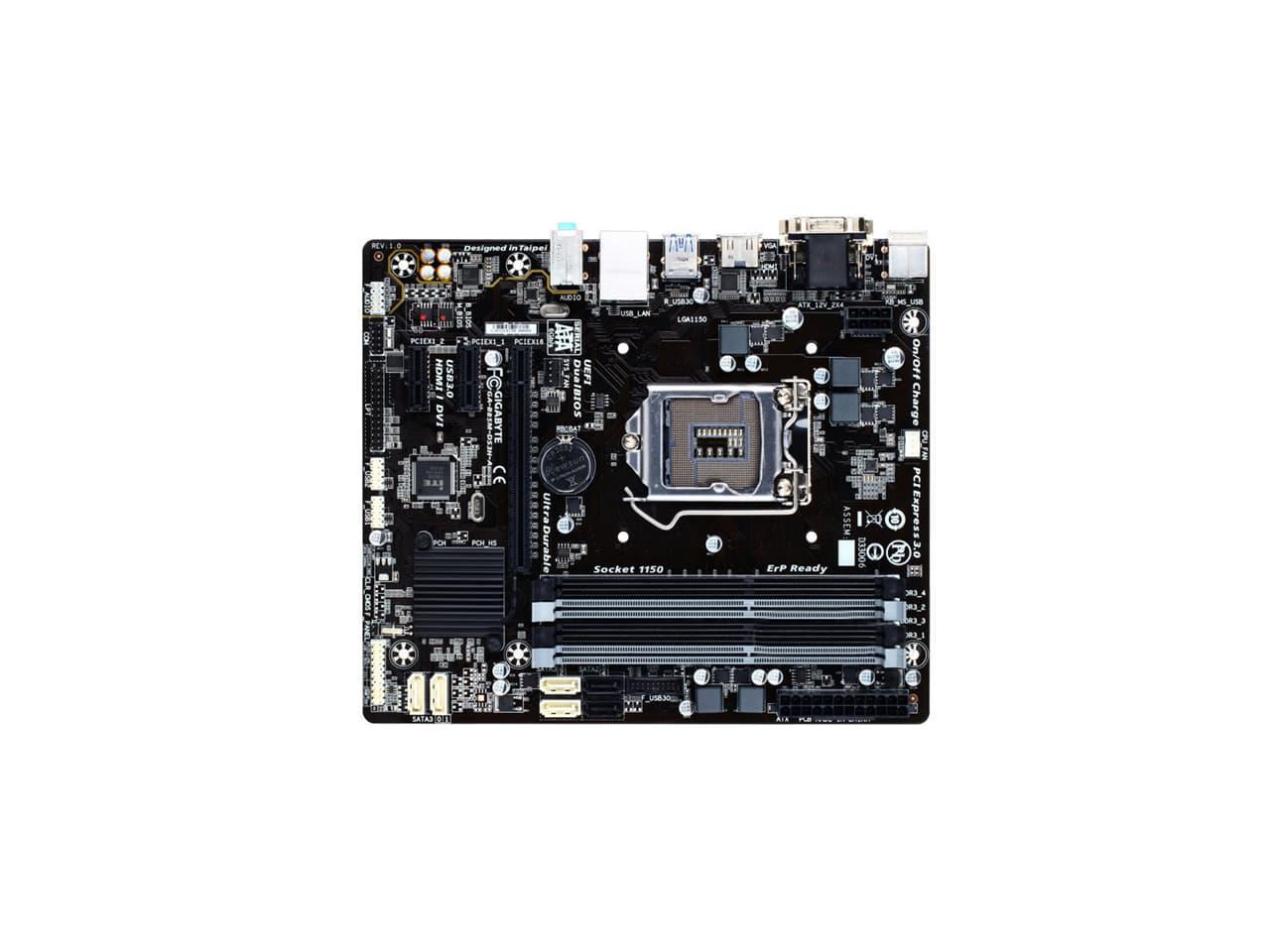 GIGABYTE UEFI DualBIOS™ GIGABYTE motherboards feature GIGABYTE DualBIOS™, an exclusive technology from GIGABYTE that protects arguably one of your PC's most crucial components, the BIOS. GIGABYTE DualBIOS™ means that your motherboard has both a 'Main BIOS' and a 'Backup BIOS', making users protected from BIOS failure due to virus attack, hardware malfunction, improper OC settings or power failure during the update process. HDMI™ is a High-Definition Multimedia Interface which provides up to 5Gb/s video transmitting bandwidth and 8-channel high quality audio all through a single cable. Able to transmit superior, uncompressed digital video and audio, HDMI™ ensures the crispest rendering of digital content up to 1080p without the quality losses associated with analog interfaces and their digital-to-analog conversion. In addition, HDMI™ is compatible with HDCP (High-bandwidth Digital Content Protection), allowing the playback of Blu-ray/HD DVD and other protected media content.

Learn more about the GIGABYTE GA-B85M-DS3H-A

Robert B.
Ownership: 1 day to 1 week
Verified Owner
Excellent Motherboard, Completley beats my old one which never worked right.1/9/2016 11:10:38 AM

Pros: Easy to install setup and use. No compatibility issues Stable All the features work.

Cons: Not really a con but wish that it had a digital optical out. PCI express x1 slots are kinda close together wish they were spaced a little better.

Overall Review: Bought this to replace my ASUS Gryphon Z87 that would not work with my r9 290x regardless of anything i tried. Even though this chipset has less features it is much more stable and easier to use. Recognized all of my ram and my video card without issue. Highly recommend to builders who are tired of stuff not working.

Pros: Fired up the first time Already has the latest F2 UEFI BIOS installed Feature-rich Motherboard Does exactly what you want it to do

Overall Review: This motherboard actually ignores the memory controller limitations depending on the memory speed installed. I used Kingston HyperX 1866 modules in this board with a Pentium G3258 and instead of DDR3-1333 speeds, The memory ran at DDR3-1400 instead. Are you sure that this is a budget motherboard? $67 is a small price to pay to such a good board. Buy this motherboard, you will not be disappointed.

Pros: Super cheap and easy to use this motherboard. It supports windows 10 for such a cheap price. I installed a G3258 Haswell chip and 16gb of HyperX Savage on this board with no issues for a great budget build that has decent gaming capabilities.

Pros: Gigabyte has always faired well in all my builds, and this one doesn't disappoint 6 sata ports, pci express 3.0, 4 dimm slots, usb 3.0(plus headers)...great bang for your buck

Overall Review: So I paired this with a Pentium G3258 to overclock/ OC'd it to 3.8ghz and hit a wall, got a little sad. Wasn't stable past 3.8 Discovered the vcore is unlocked with the latest F2 BIOS and tweaked things very carefully. I am now at a 4GHz OC with this inexpensive board... Others have not actually reported what is actually needed to achieve 4GHz+ on a G3258 with this config. Let me tell you. XMP Profile 1 Intel Turbo Boost ON Intel Speed Step ON Uncore Ratio ~32 CPU Vcore ~1.25-1.305v CPU RING 1.15v CPU User Agent (turn it up just a little) And finally I'm at a 4GHz+ overclock with this board and a G3258! Pair this board with a G3258 and you are good as gold!

Cons: I built two PCs with this board and Corsair Force LS CSSD-F120GBLSB 2.5" 120GB SATA III MLC drives. Installed Windows 7 SP1 x64, installed all available Windows updates. Both PCs crash most often overnight after the office has closed, and the end user has to hard reset 1-3 times to get the PC to boot. I've already disabled the power saving features (standby and hdd idle-shutoff), and switched to the generic SATA driver rather than the Intel. I'm going to update the BIOS next, and will update this review accordingly. Also, one of the boards randomly stopped sending a video signal to the VGA port (DVI and VGA in use). Had to install a video card to get dual monitor support to function again. Updating the video driver didn't help. I RMA'ed that board and installed the new one this morning. Hopefully that problem doesn't resurface.

Pros: Gigabyte reliability at a great price (only $40 on sale if I include the mail in rebate, $50 without)

Overall Review: I needed a Haswell motherboard with 4 RAM slots and PCIe X16 Gen 3, and not much else. I'm using an EVGA ACX 2.0 GTX 980 Ti in this build and the GPU blocks the SATA 1 port (but just clears SATA 0). Also the PCIe x1 near the GPU can't be used with double slot GPUs (but I don't have a need for it so it's not a problem for me). As others have mentioned it looks like I'll have to pull out the GPU if I want to add more RAM (not really a big deal IMO). I have an Asus Z97 mATX board in another build and the layout is vastly superior. The SATA ports near the GPU face the front of the case so even a large GPU doesn't block them and the RAM slots are far enough away from the x16 slot so they can be accessed without removing the GPU. All that being said for $40 I'm happy with this motherboard and I knew of its limitations going in. It's performing great with a Xeon E3-1231v3 and 8 GB 1600 MHz CL9 RAM (I'll up the RAM to 16 GB once prices come down again). The lack of multiple chassis fan headers isn't an issue for me since my case has its own fan controller hub. All in all though it's a good board and I don't regret buying it. I'm giving it 4 eggs at $40 but would drop the rating to 3 eggs at the regular price.

Cons: Typical drawbacks of micro ATX size boards. Stays in BIOS on boot a little longer than I'm used to.

Overall Review: I bought this to upgrade my HTPC from my LGA-775 based processor. Needless to say, the performance boost was considerable. This board survived a lightning strike. Ethernet port was knocked out, but everything else works perfectly fine.