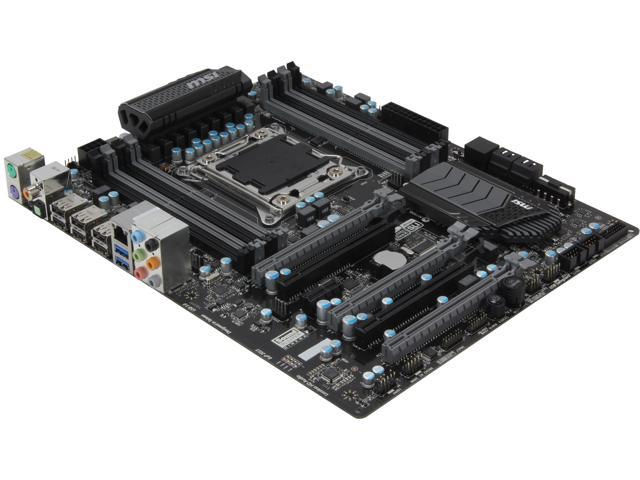 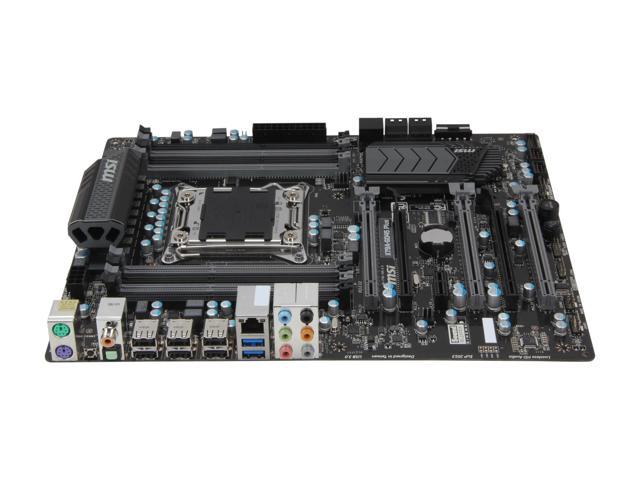 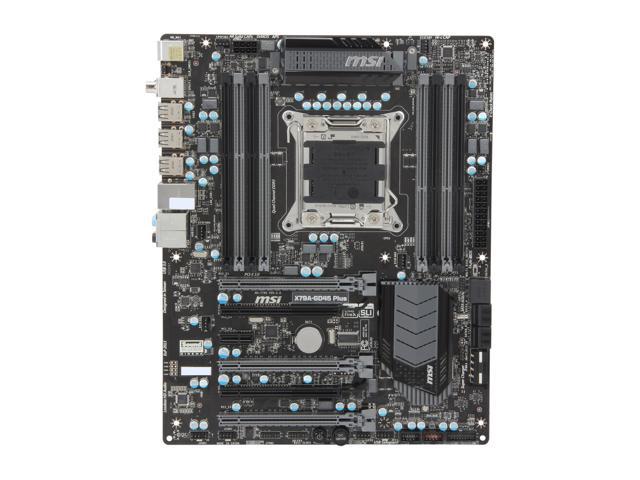 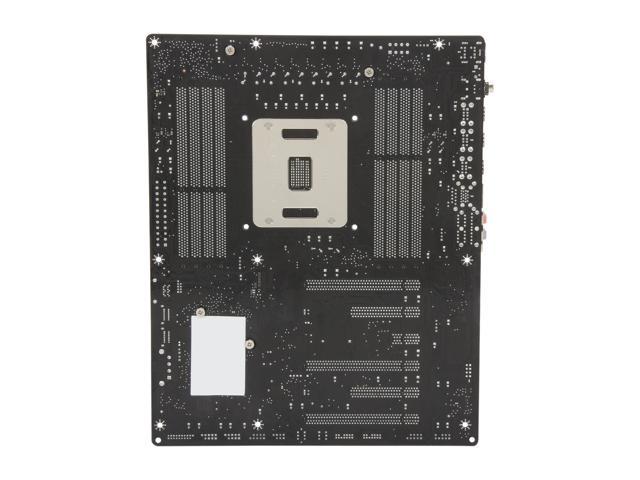 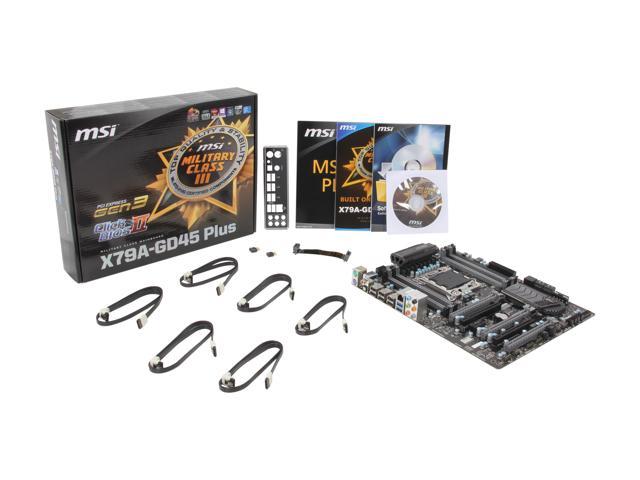 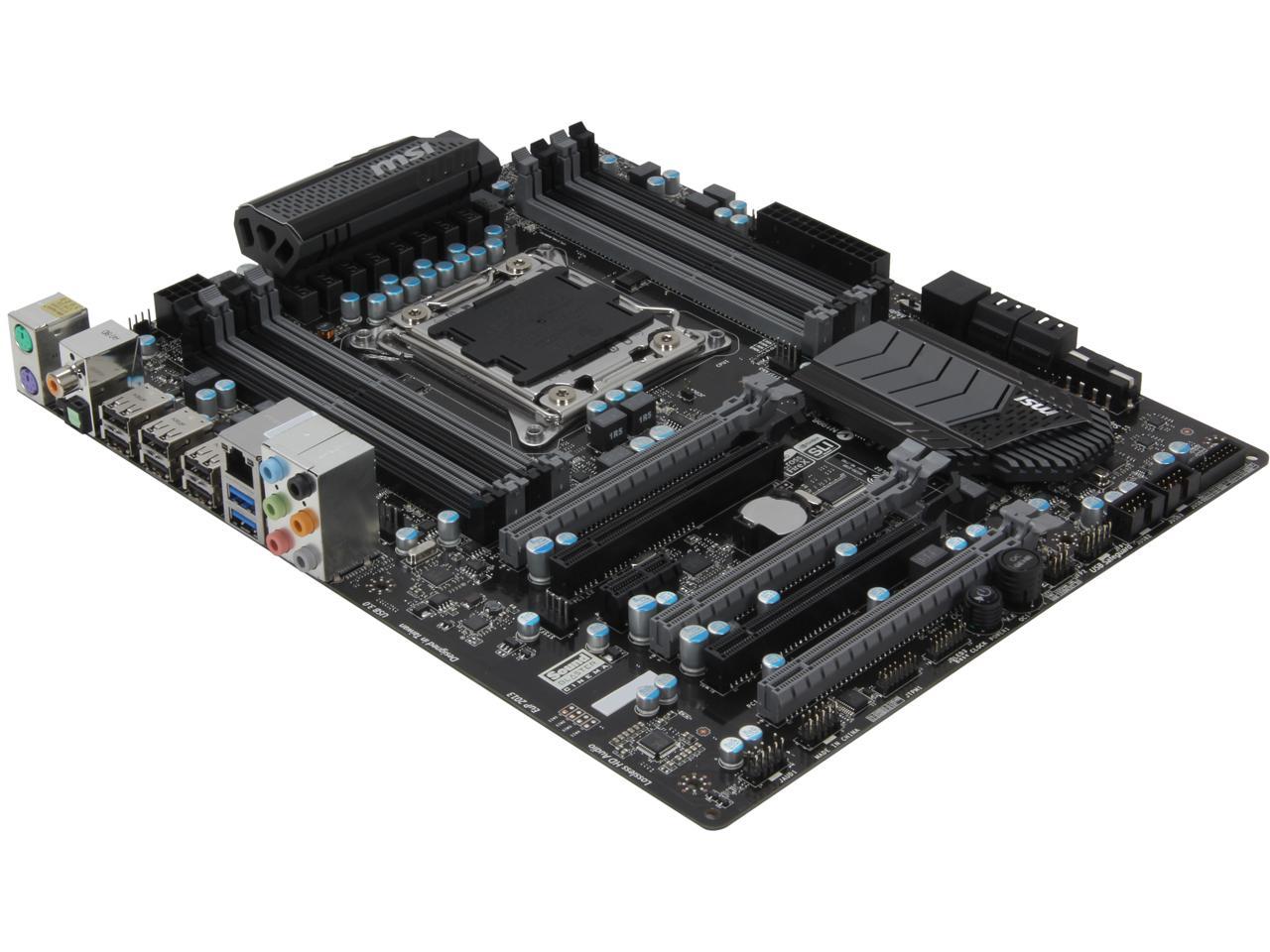 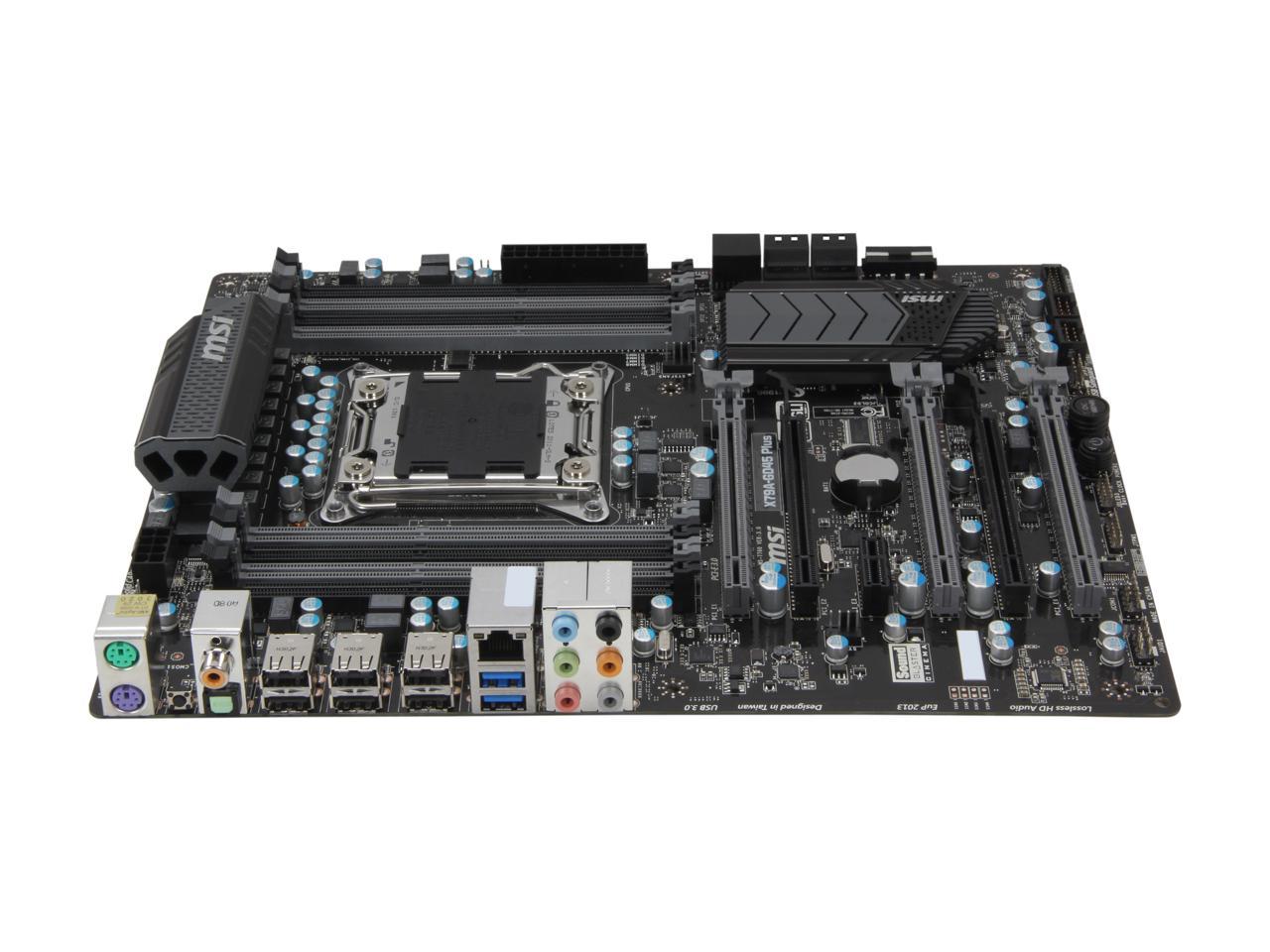 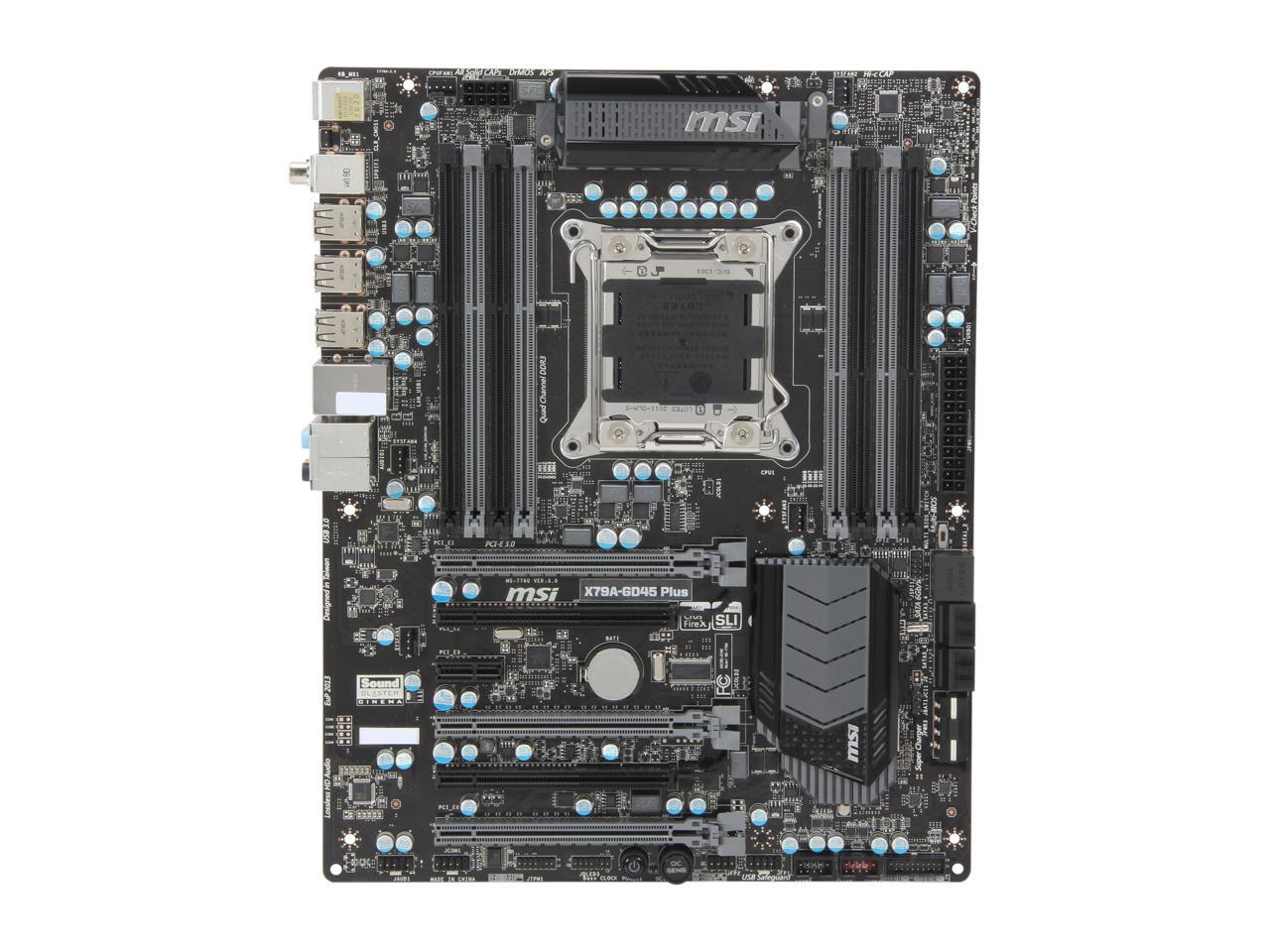 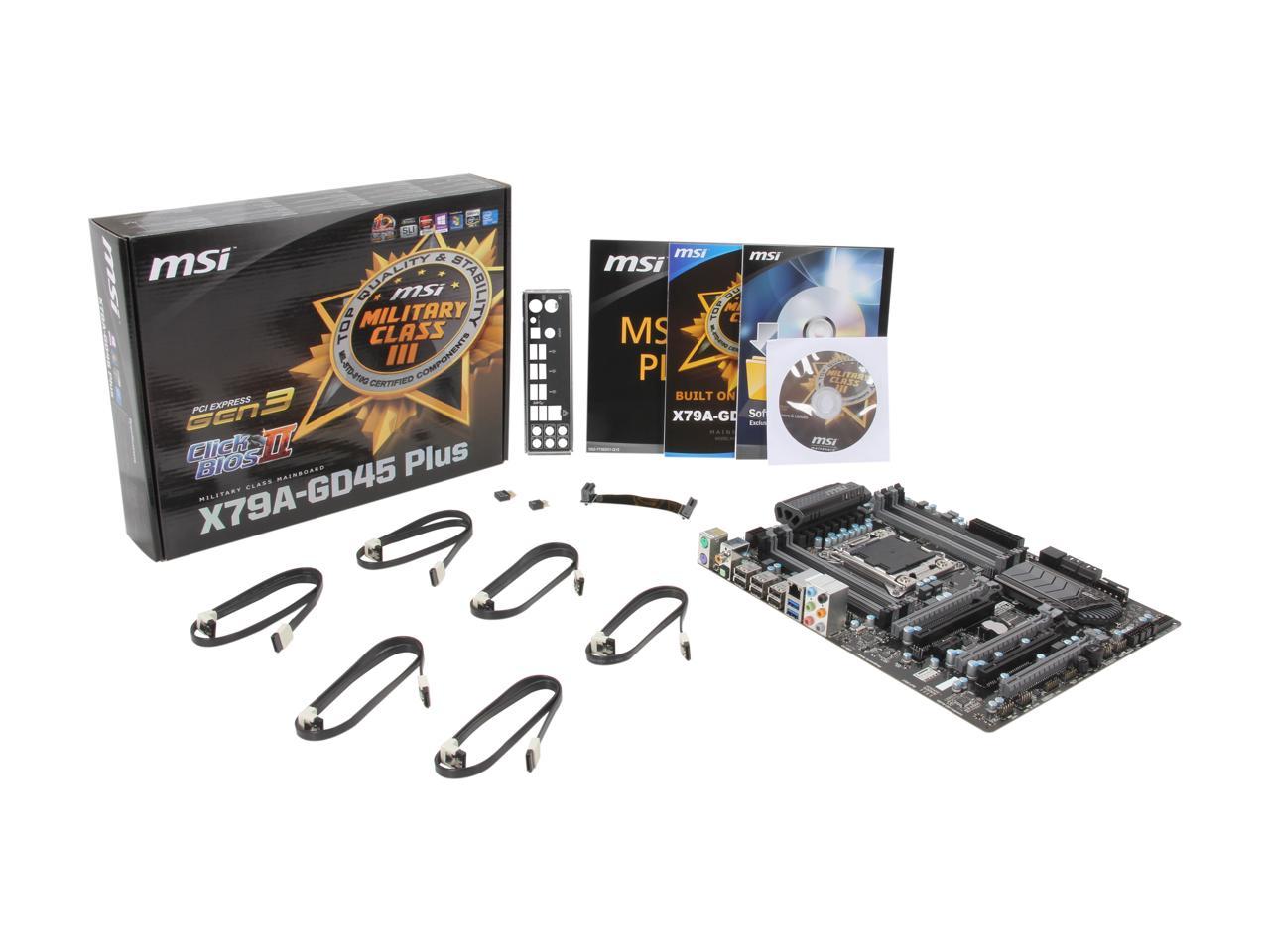 This means that the product has been opened, possibly used but is in perfect working condition with no signs of cosmetic or functional defect. Product may includes warranty, and accessories found with the original product. Product may or may not be in the original packaging. Returned items with minor packaging defects fall under this category.
See more "lga 2011 motherboard"
In stock.
Ships from China.
Most customers receive within 4-22 days.
Overview
Specs MSI ClickBIOS II provides a consistent user interface both in the UEFI BIOS and in Windows. It provides the most convenient way for users to control system settings and supports touchscreen control. Increasing the thickness of the gold-plated layer in the two-in-one PS2 and optimized USB ports to 30um to meet the demand of professional gamers. Besides enhancing mouse sensitivity in games, these improved interfaces deliver a longer lifespan and better stability of connectors and total solution for e-sports mouse control in UEFI BIOS.

Realistic surround sound and the ability to clearly hear specific sounds in gaming environments and make your ears a decisive tool on the battlefield. Onboard PC audio gets better! MSI is the first to implement the most high-end HD Audio codecs available. Don't be fooled by other inferior audio solutions onboard (sometimes you can't even find the driver!) Only MSI offers the lossless 24-bit/192KHz HD audio function with an incredible 109 SNR dB value to provide the most clear and vivid HD audio quality and support 7.1 channels surround sound playback with a two-channel independent stereo output (multiple streaming) through the front panel 3.5-inch phone jack. Winki 3 is a free Linux-based OS which is based on the Linux core. With an ultra-fast booting speed and a multi-language interface, the built-in Winki 3 provides an easy-to-use Internet environment that includes the most popular functions such as web surfing, webmail, instant messaging, picture browsing, and more. It's the most practical way to be online in the shortest time. Compared to the 480Mbps provided by traditional USB 2.0, the all-new USB 3.0's 5Gbps offers 10 times the transfer bandwidth, so transferring a Blu-ray movie takes less than one minute. MSI also has implemented a front panel USB 3.0 port, making the use of an external USB 3.0 device even more convenient. Compared to common motherboards which need extra BIOS chips, MSI's M-Flash has a double advantage. It doesn't need extra components and secondly, all your BIOS data will be saved in the USB drive. The stored data does not only have backup and upgrade functions, it can also be seen as a portable BIOS chip which is actually able to boot up your PC. MSI Live Update 5 is a powerful and useful application for updating the latest BIOS and drivers, saving you time and lowers the risk of updating. End-users can install and run the Live Update 5 software on their computers with the companion CD or downloading the app from the MSI website. Active Phase Switching, APS, technology is an intelligent design that helps to save energy on MSI's motherboards. The underlying idea is to switch off the power supply as soon as no electricity is needed, and when the system needs more resources again, APS will automatically adjust electricity supply accordingly. APS will automatically detect your processor's loading at any given time and save energy accordingly. This is only possible by means of a very advanced power controlling technology. Other than software-based solutions, APS technology stands out from MSI's own research. The specially developed IC chip can operate automatically depending on the demands of the power supply, which is to reduce the total power usage. Learn more about the MSI X79A-GD45 Plus