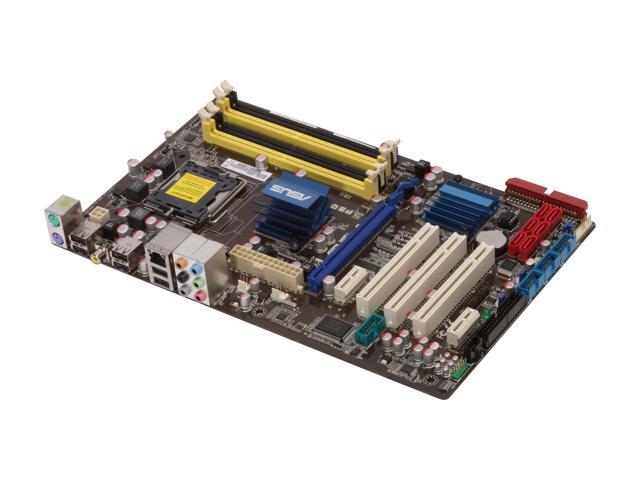 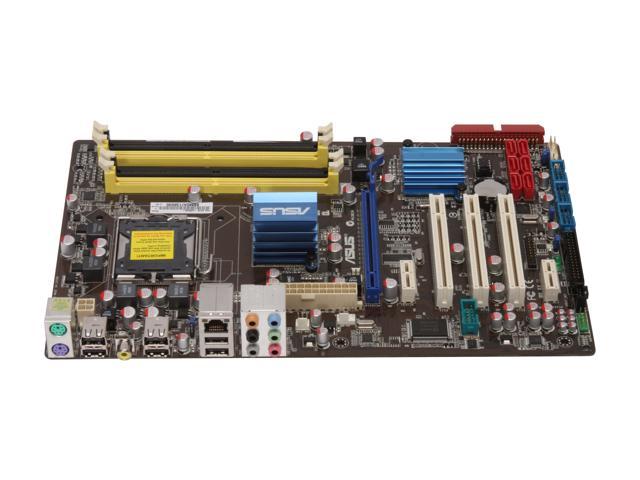 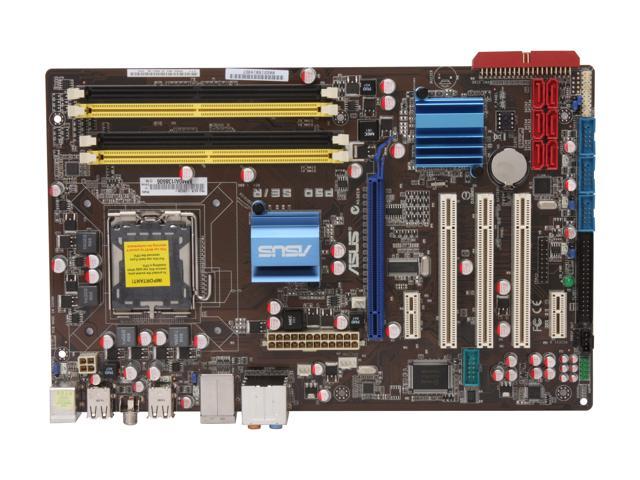 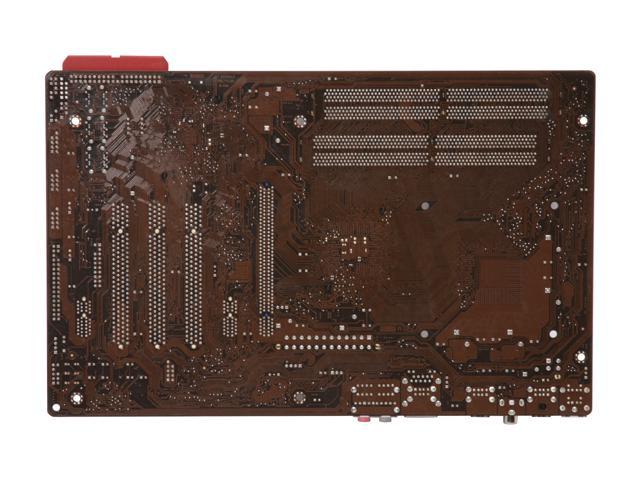 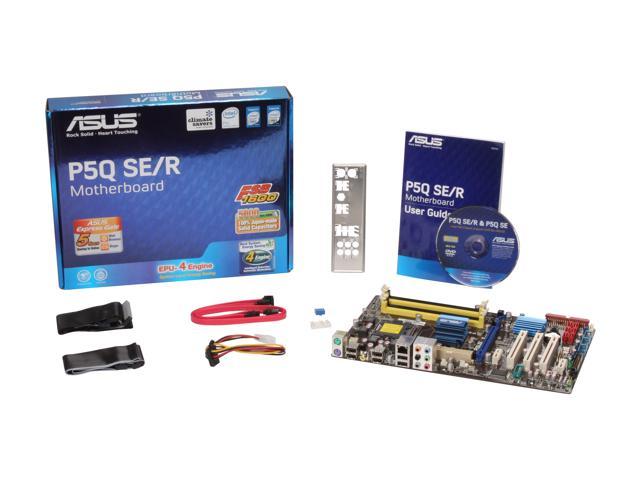 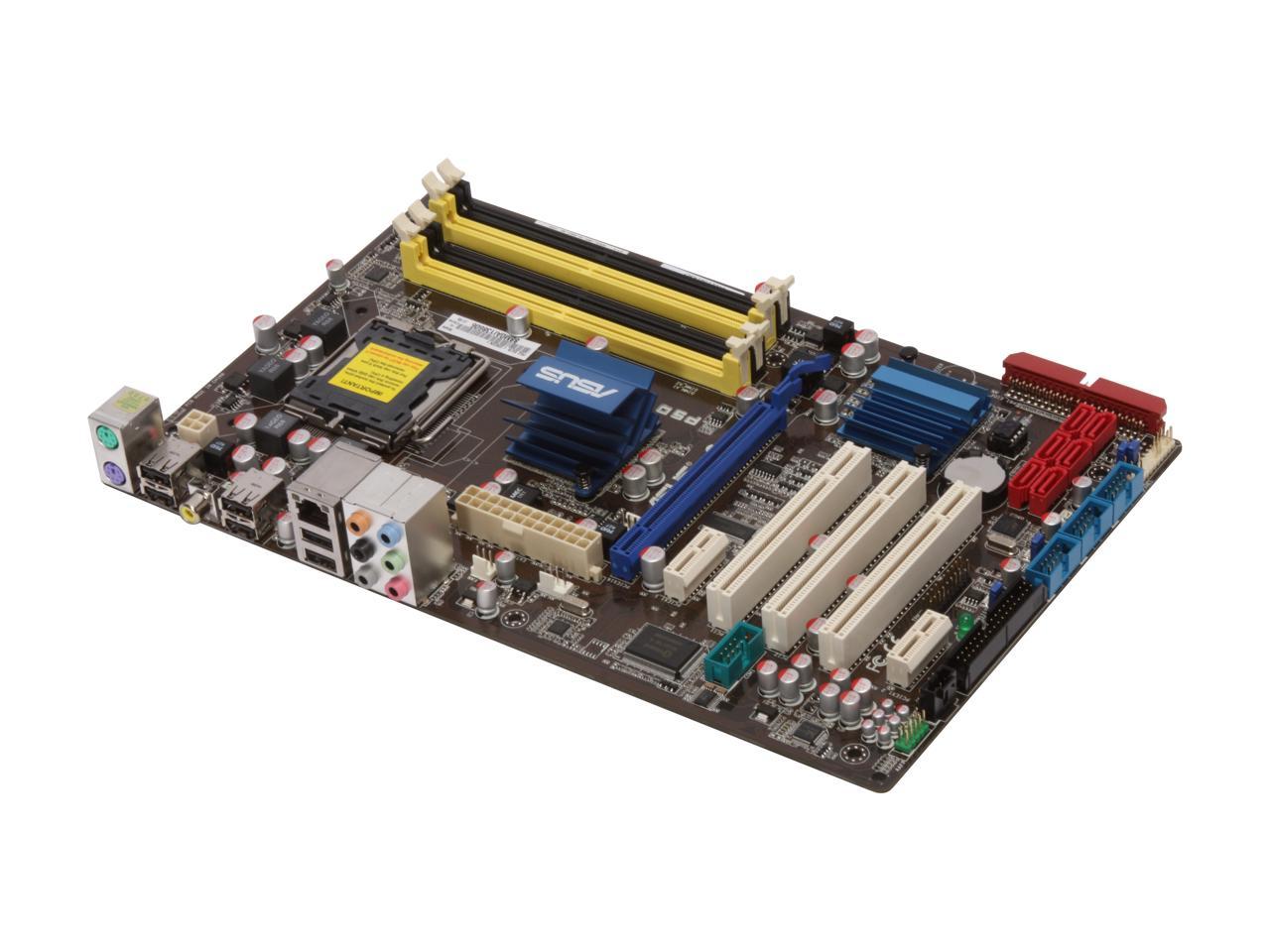 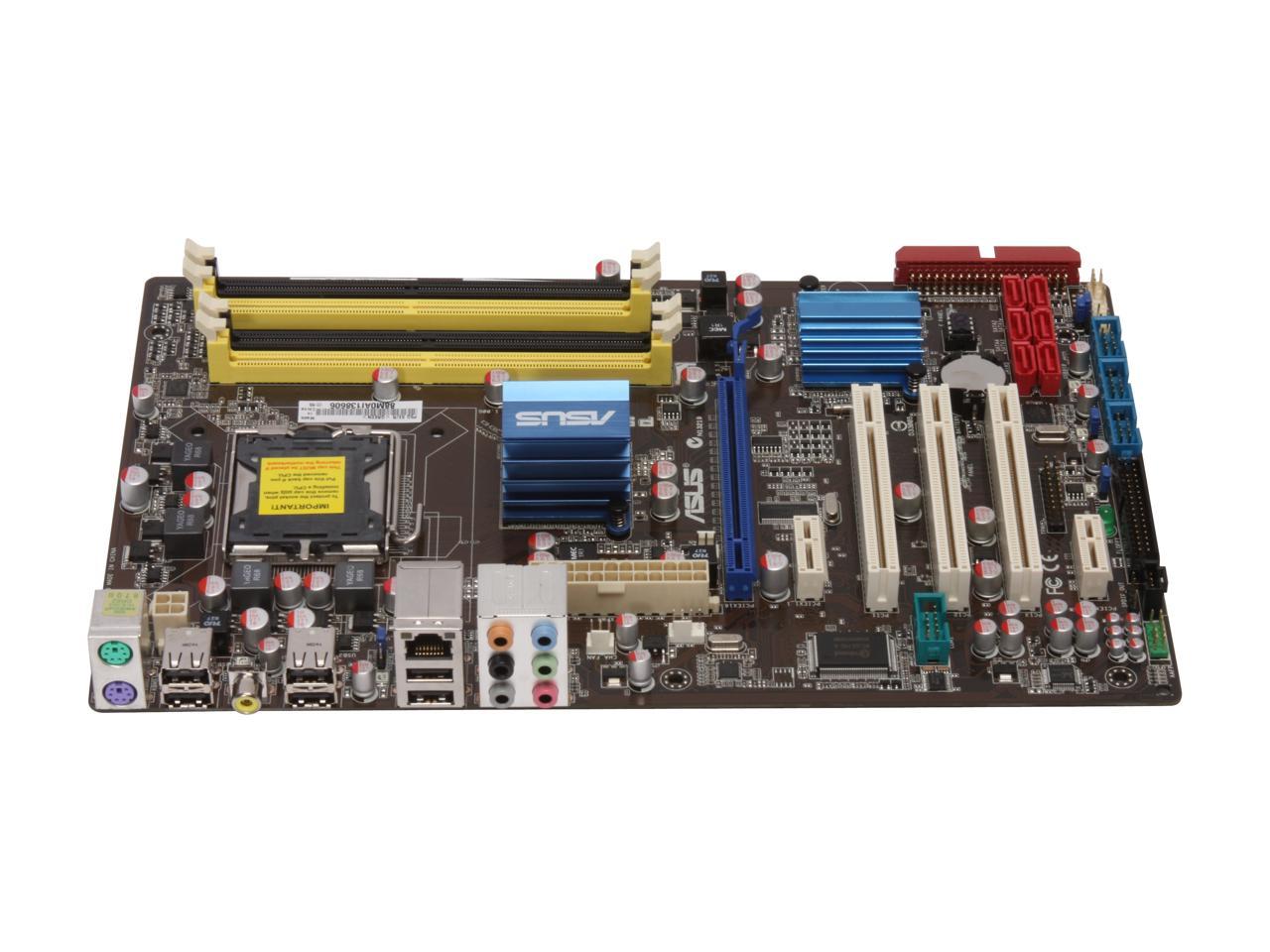 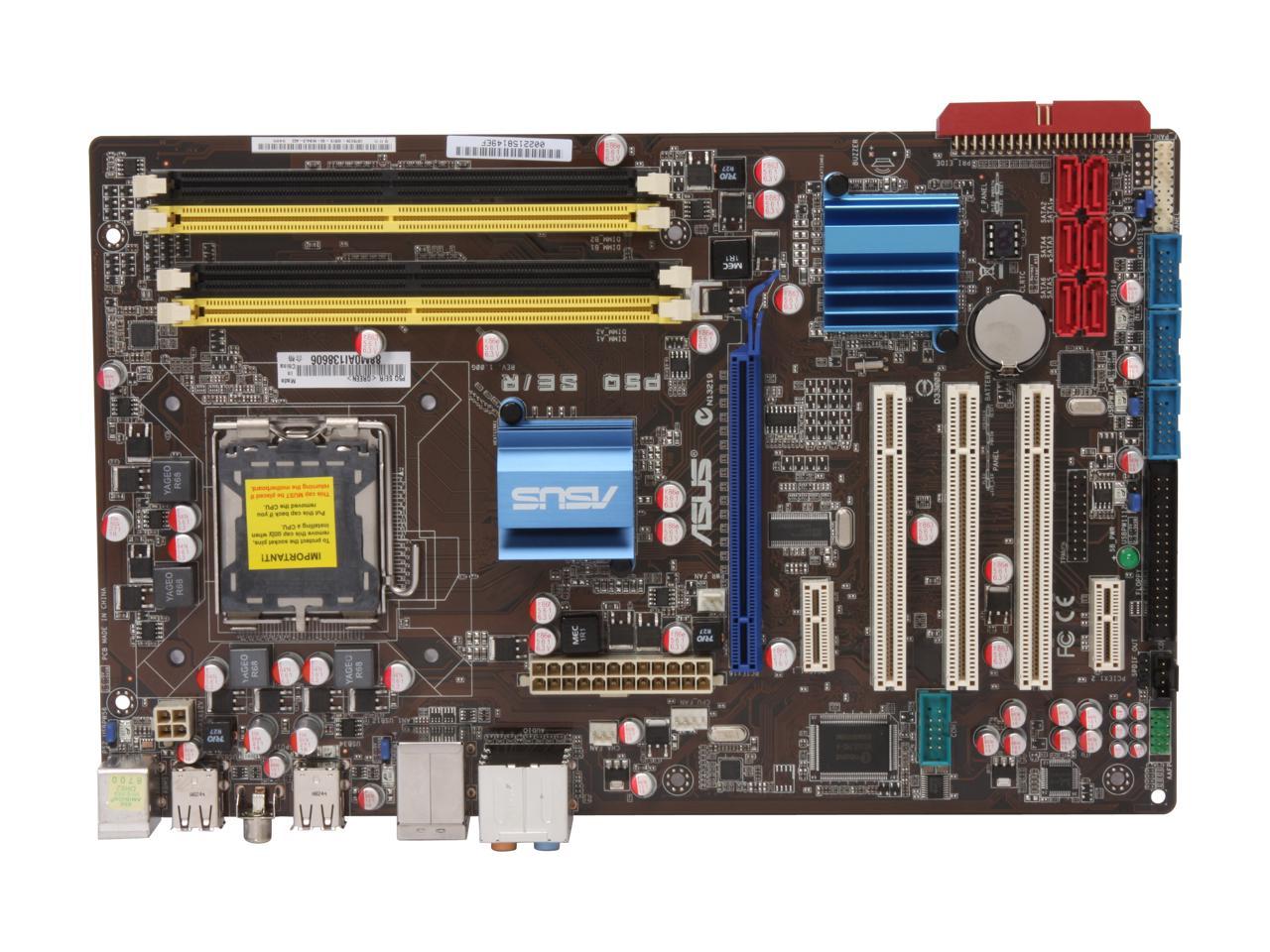 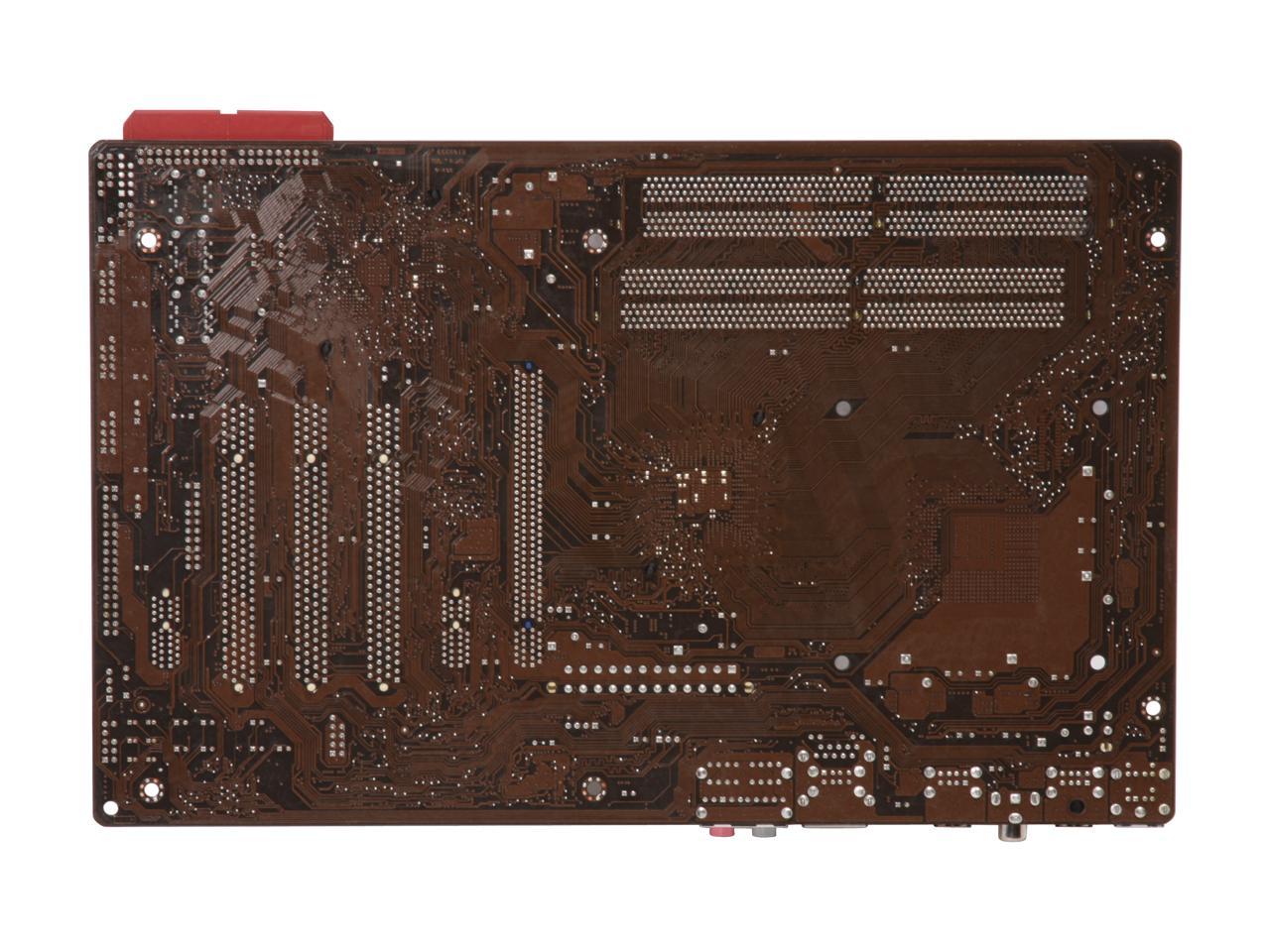 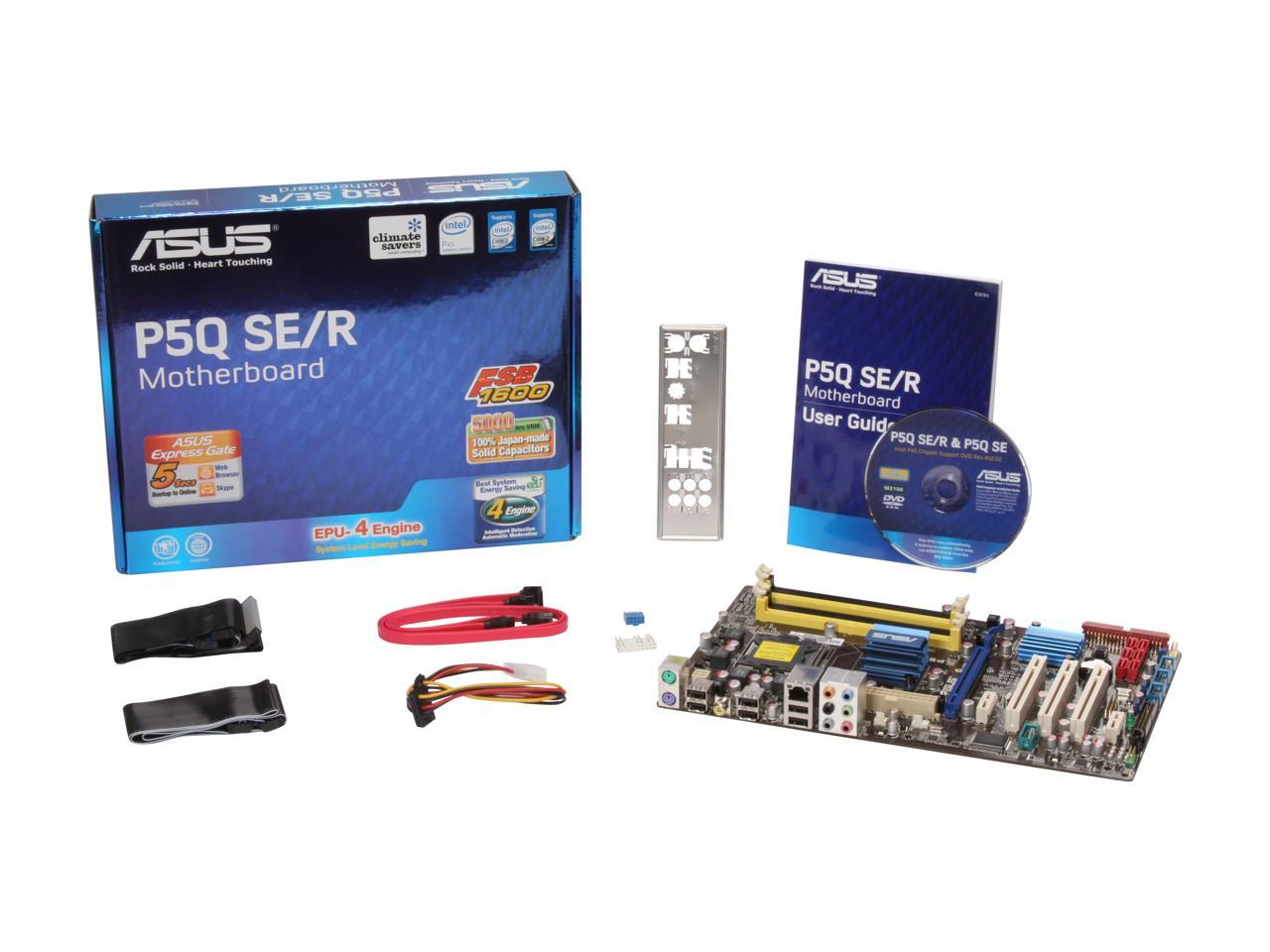 (84) Write a Review
OUT OF STOCK.
LOADING...
Overview
Specs
Reviews
Asus has long had a notable reputation within the overclocking community and their P5Q Deluxe motherboard builds on that reputation. Based on Intel's P45 Express and ICH10R chipsets, this ATX board is ready to host the latest LGA775 Core2 quad-core processors along with Core 2 Duo, Pentium D and Celeron CPUs.
Up to 8GB of DDR2 1066 RAM can be installed for increased performance. Get even more performance – up to 1200Mhz – through overclocking. The PCI-Express 2.0 x16 slots deliver double speed and bandwidth for enhanced system performance. 100% all high-quality conductive polymer capacitors give longer life and higher energy efficiency by supplying power to vital components independently.
Get eight channels of HD sound from the Realtek ALC1200 audio chipset for pure, clear audio. Connect up to six SATA drives at 3Gb/s for high-speed data transfers as well as the option for multiple RAID configurations. Integrated Gigabit Ethernet LAN allows bottleneck-free connections to other network devices at broadband speeds and a half-dozen USB 2.0 ports allows for nearly unlimited possibilities in connecting peripheral devices.

Pros: Very simple installation. Everything was straight forward, and fit very well in my case. Everything seemed to be built very sturdy as one would expect from ASUS. I was running the q8200, 4 gigs ocz ram, evga 9800gt and a 640gb western digital HD and this was absolutly perfect for my build since I didn't plan on going SLI. The quick start interface is actually really handy when you need to quickly look up something online! a little over 5 seconds after pressing the power button and you're good to go.

Cons: Mine died for unexplained reasons. I was video editing for a good two weeks after my build and then i left for spring break. I came back 4 days later and it wouldn't boot properly. After disconnecting and diagnosing everything, the motherboard ended up being the problem. It was totally unexpected since I know ASUS builds quality products but I'm guessing I got a bad one.

Overall Review: Unfortunately by the time it died on me I couldn't even RMA it because It was over 30 days. I'm have full faith in their products but this shows that even the top manufacturers will have a couple bad ones.

4 out of 4 people found this review helpful. Did you?
Manufacturer Response:
Dear Valued Customer, We are sorry for this inconvenience. Please let us know if we can assist in the RMA process by contacting us at http://vip.asus.com/eservice/usa_rmaserv.aspx and reference case number "NE287527". Best Regards, ASUS Support Team
Anonymous
Ownership: 1 day to 1 week
Verified Owner
10/7/2008 12:39:10 PM

Pros: Price/Features/Stability. If you are looking for a solid, cost effective motherboard, don't hesitate in pulling the trigger on this one. I have an e8200 Prime stable at 3.6GHz. 450FSB x8 with a +.02V increase over stock. I know my G.Skill 2gbnq sticks are holding me back from reaching 4GHz.

Cons: Shipped with an older BIOS. Not a huge deal, and you can update it with a USB drive. I did this immediately. The voltage options for the NB/DDR/Etc are lacking. You can't go to the hundredths of a volt. You only get tenths. =[ The PCB seems kind of cheap to me. In fact, the pressure of the push-pin stock HSF causes the board to bow towards the CPU socket. The layout is ample, although some things could be improved. DDR slots are close to the CPU socket, so be carefull mounting a large HSF. Also the 4-pin power connector is very close to the CPU. It was very difficult to plug in after installing an aftermarket cooler. I would recommend a tower HSF such as an Arctic Cooler 7. There are only 3 fan connectors on the board. (CPU/PSU/Chasis) Be prepared with adapters if you want to run a lot of fans.

Overall Review: Do yourself a favor and get some 500MHz + DDR2 with this board. You wont regret it. Check out the 2x2 G.Skill PC28000 (500MHz) sets. I just picked up 8 Gigs at a VERY good price. If you are going to do some serious overclocking, spend the extra money on the P5Q Pro/Deluxe. These boards are feature rich and have many more BIOS options.

Cons: Initially I installed 2x4GB OCZ DDR2 800MHz in the yellow slots, and 2x1GB Corsair DDR2 800MHz in the black slots, the board ran with the memory at 667MHz, and failed to POST if I tried to run the ram at 800MHz. Individually, both pairs of ram sticks would run at 800MHz automatically. Switching them so the Corair is in the yellow slots and OCZ in the black ones got it running at 800MHz. Linux-based "flashrom" tool doesn't work on this board, so I'm running the fairly old included BIOS. IDE connector clear at the bottom of the board, which is a pain for my setup, 2 IDE hard drive caddys at the top of the case. lm-sensors only finds the sensors in the CPU.

Overall Review: I use this in a grossly-overpowered fileserver and compile box, and aside from the setup issues, I'm very happy with it. It was literally a drop-in replacement for my old MSI 945GM3 (which didn't work with my shiny new Q6600), I didn't even have to reinstall Ubuntu when I upgraded. One other note, the ASUS V72 cooler only fits in one direction, with the heat pipes butting against the ram coolers, but that's a con for the cooler not the board.

Pros: Got this board because it was the cheapest that had a P45 chipset (to support a new 45nm CPU). It has all the essentials on-board like RAID, Gigabit Ethernet, 7.1 sound, it supports plenty of DDR2, it supports up to 1600MHz FSB.

Overall Review: Only 1 graphic slot, but if you only need 1, that's perfect! I see no need to get any higher priced motherboard unless you need a multi-GPU configuration.

Cons: Realtek audio not working at the moment, even after I downloaded lasted drivers from web. I have a spare Creative Labs card lying around so if any part of the Mobo doesn't work I'm glad its the sound

Overall Review: Newegg shipping and handling is fast, I upgraded to 2nd day shipping and got it in one day. 4/5 rating still stands even if there is no fix for onboard sound

Pros: Booted the first time and didn't need bios update for E7200. Overclocking is very easy in ASUS AI Booster program. Overclocked E7200 to 3.04 and no BSOD, has been stable for one week now. One of the best boards I have ever used.

Cons: Bought a new CPU, RAM, graphics card, and mobo here on Newegg. Hooked everything up, and the system was dead. Tried a different power supply (to no avail), ruled out the CPU because it was an Intel (*NEVER* had a bad one), tried different RAM and graphics card, finally got a different mobo from a local store. It worked fine. The only sign of life that the P5Q SE/R showed was a flashing LED ... other than that it was completely dead.

Overall Review: I've learned my lesson about bargain motherboards more than once ... and yet I occasionally still attempt to buy them. *sigh*

1 out of 1 people found this review helpful. Did you?
Manufacturer Response:
Dear Valued Customer, We are sorry for this inconvenience. Please let us know if we can assist in the RMA process by contacting us at http://vip.asus.com/eservice/usa_rmaserv.aspx and reference case number "NE419512". Or, if you need further technical support, please contact our Technical Support Department at http://vip.asus.com/eservice/techserv.aspx Best Regards, ASUS Support Team
Joshua F.
Ownership: 1 month to 1 year
Verified Owner
That explains the errors...7/12/2009 12:04:45 PM

Cons: Less than 6 months after purchase, I started having issues with occasion bluescreens, delayed write errors and errors/fails when attempting to install some programs. (error 0 while installing World of Warcraft, for example) I ran numerous tests on the hardware and it came up clean every time. I tested the RAM and HDDs in another computer and had no problems. After the most recent bout of bluescreens, I decided to start from scratch. I took the HDDs out or RAID and went for a clean install on a single drive. It got to the drive format portion of the OS install and failed during format. On the next attempt, the drives were no longer available to choose to install to. My diagnosis is that the SATA controller is dead.

Overall Review: It's a decent board, and it ran well while it ran. I do not assume that all examples of this board are bad, but mine certainly is.

1 out of 1 people found this review helpful. Did you?
Manufacturer Response:
Dear Valued Customer, Please contact our Technical Support Department at http://vip.asus.com/eservice/techserv.aspx and reference case number "NE419515" so that we may get more details about your system configuration and assist you in resolving these issues you are experiencing. Best Regards, ASUS Support Team