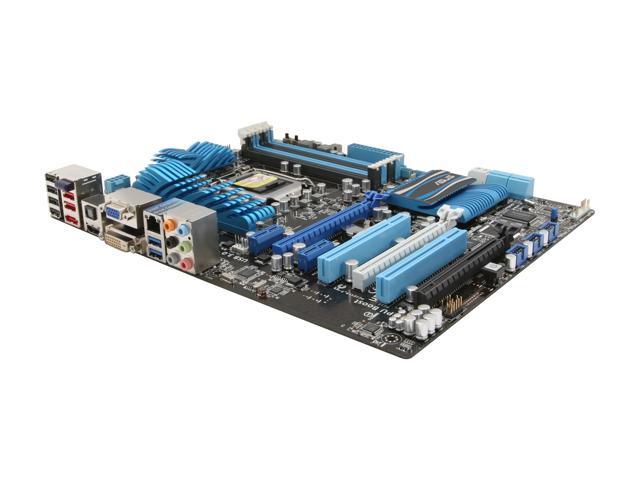 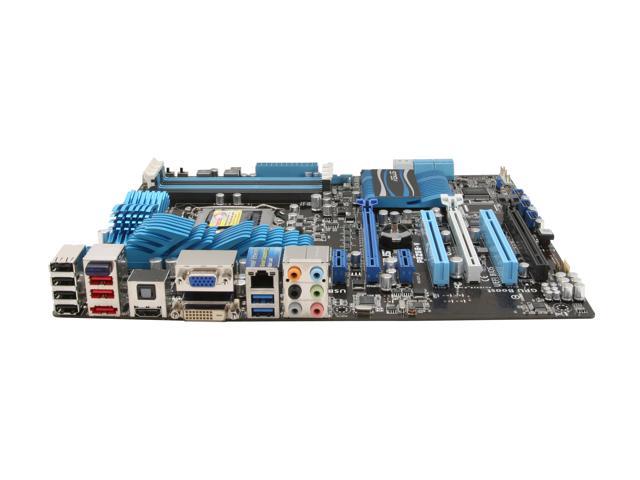 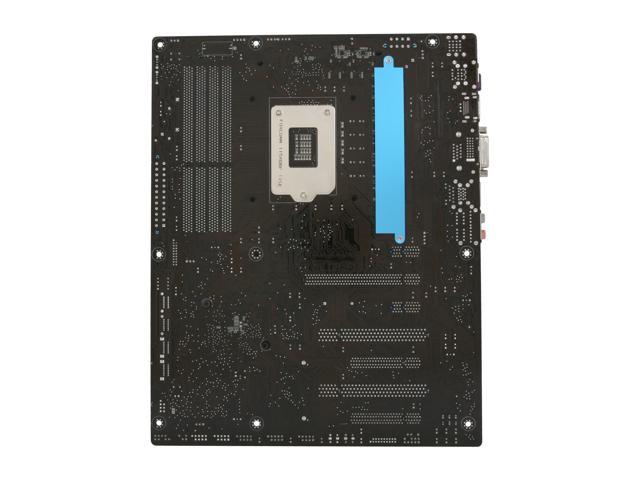 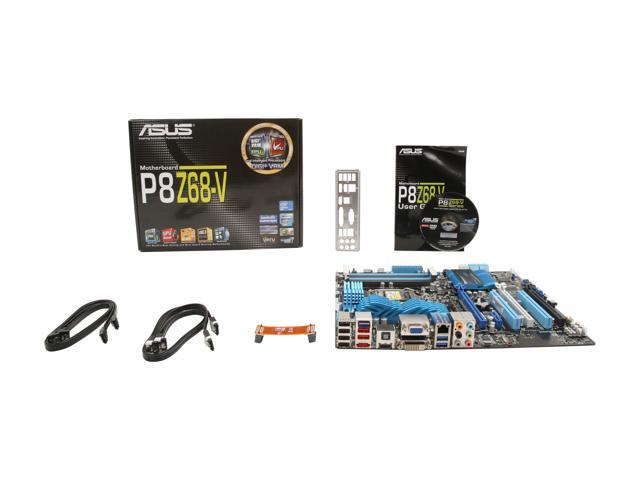 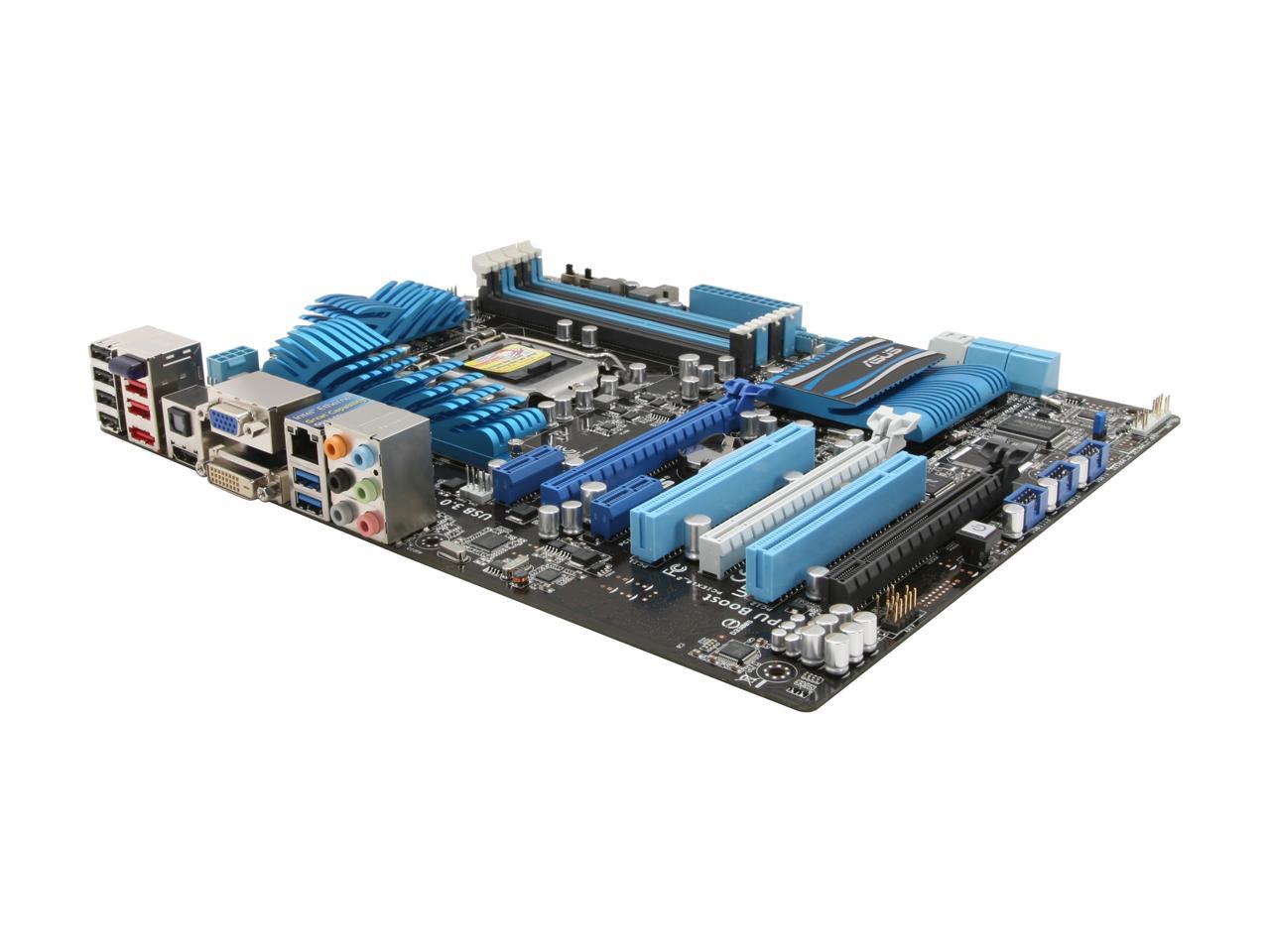 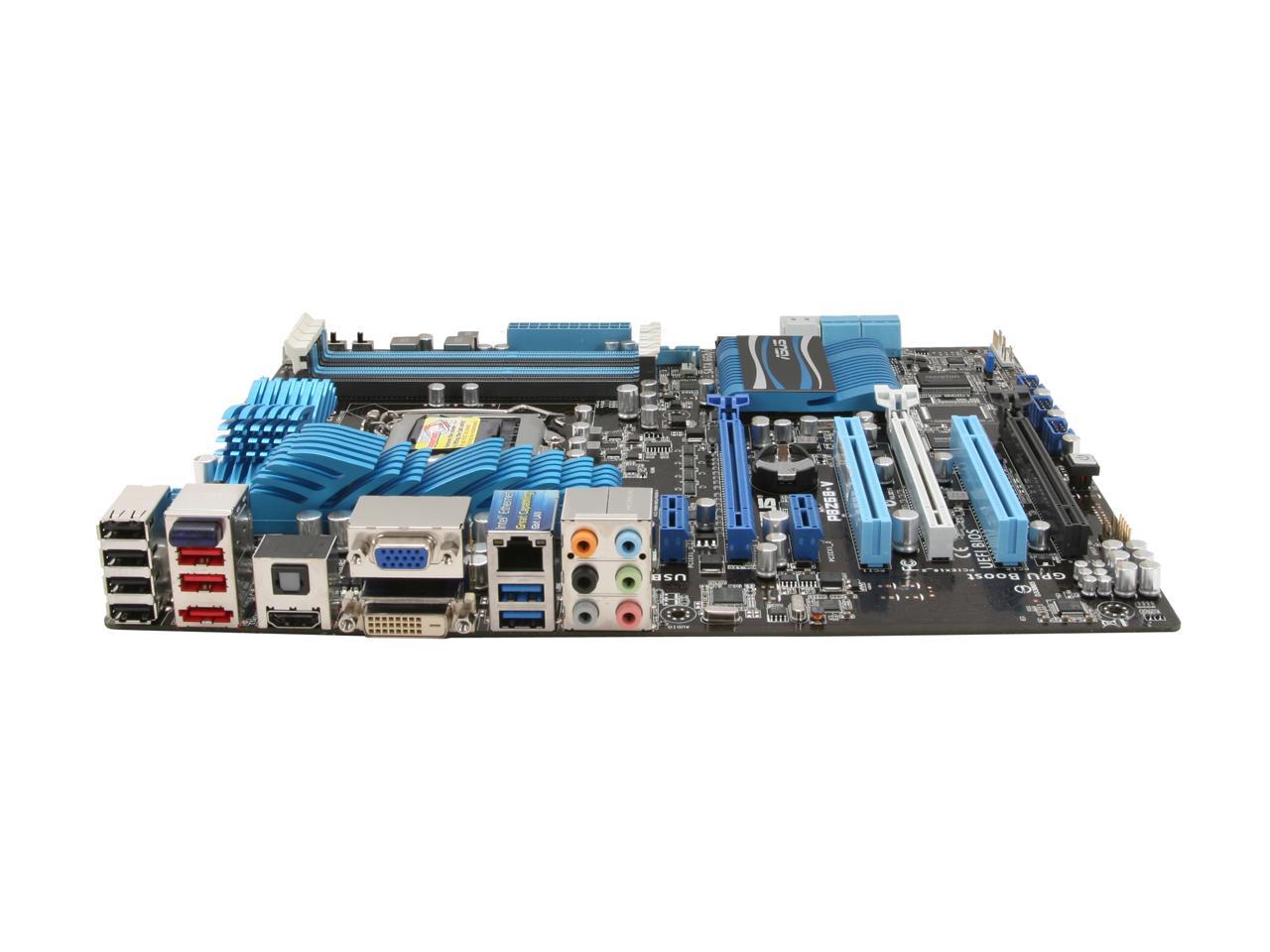 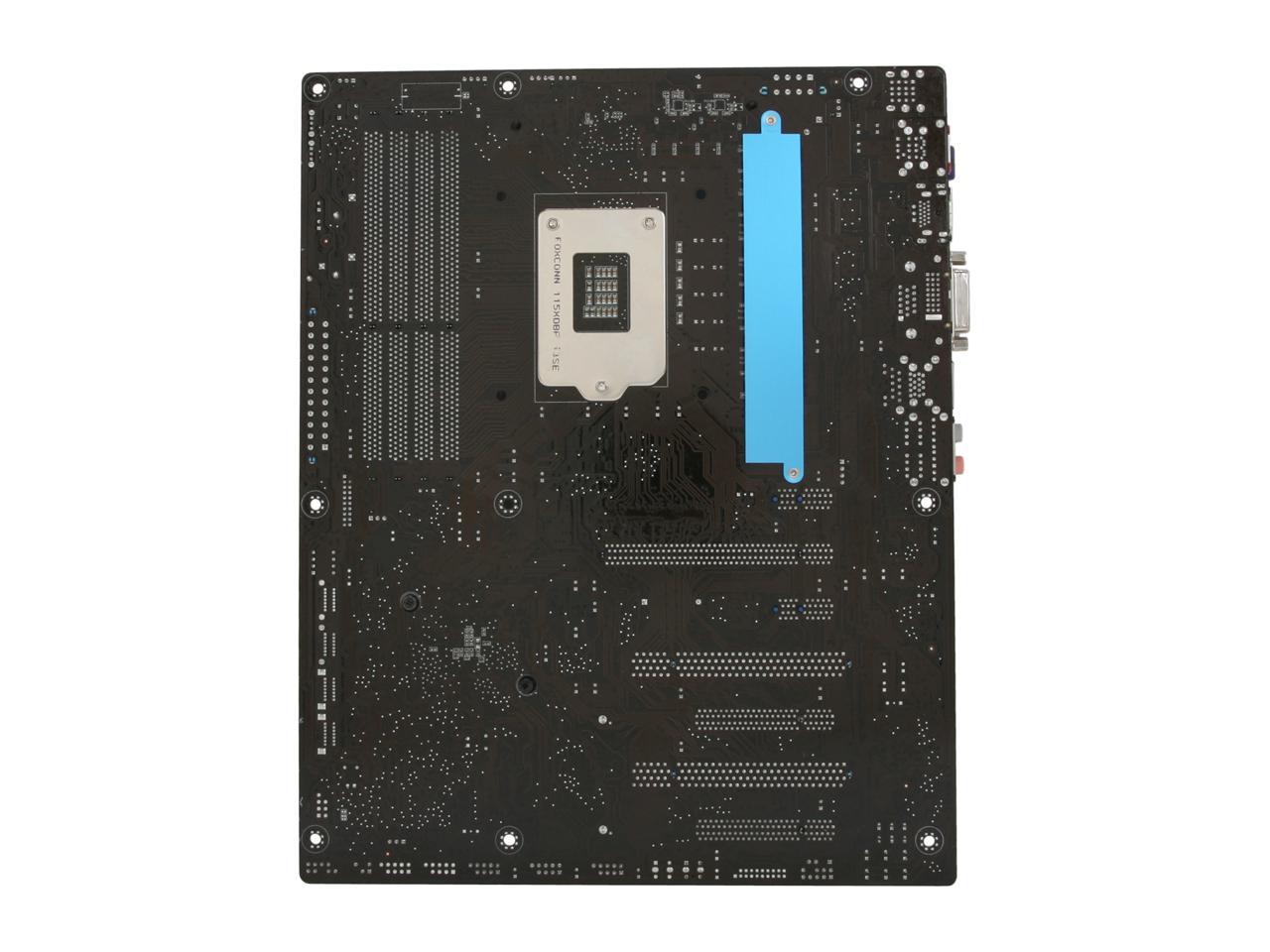 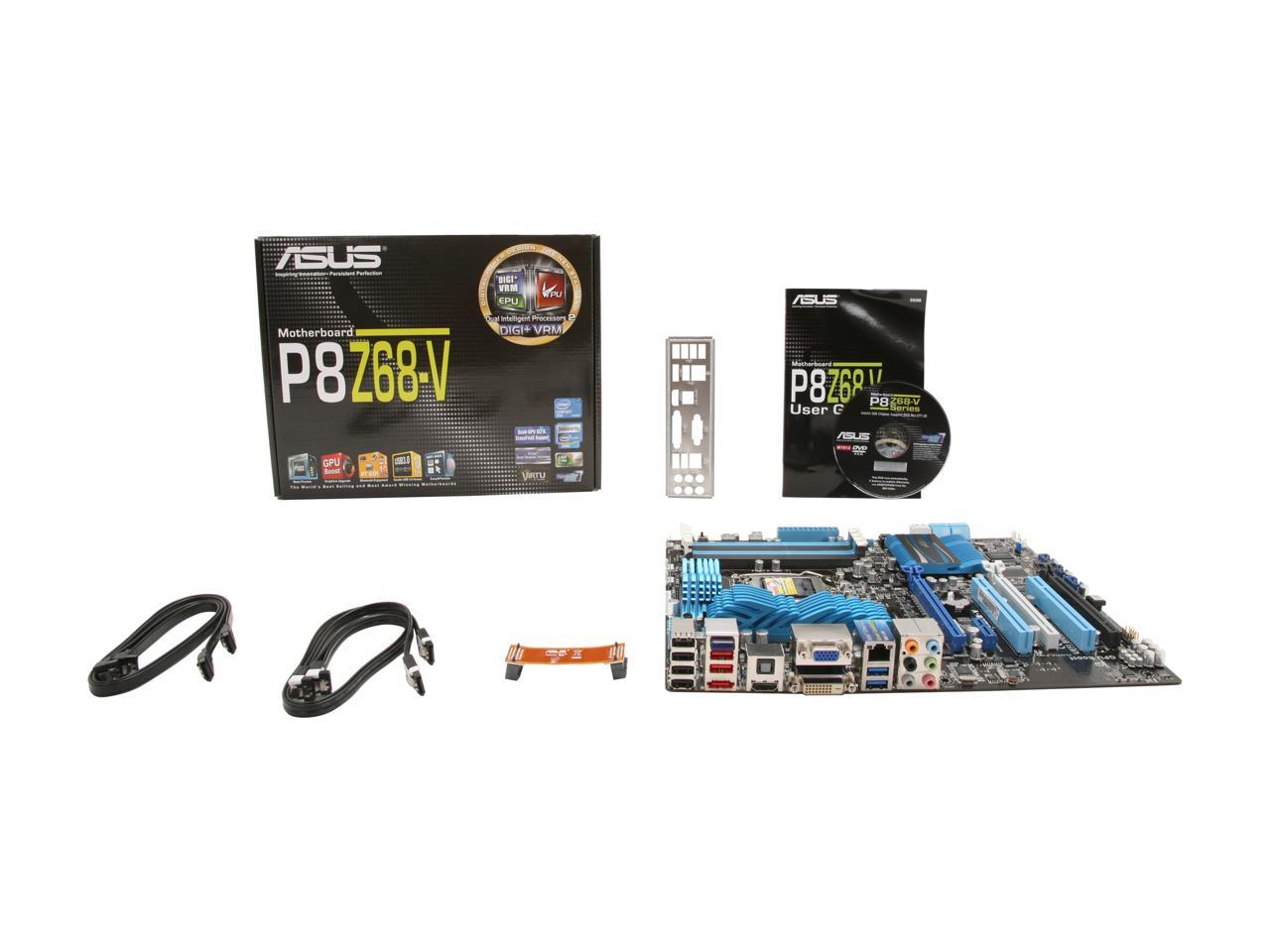 (71) Write a Review
OUT OF STOCK.
Specs
Reviews

Learn more about the ASUS P8Z68-V

Overall Review: I have built well over a hundred computers and this has to be my favorite motherboard to date. The UEFI bios is excellent and easy to use. The auto overclocking features work great and are stable. Got my i5-2500k to 4.5Ghz at the push of a button. Of course with manual fiddling I am at 5Ghz stable, but with a push button utility, that is a great result. The board layout is excellent as are the Z68 feature set. Asus has done a great job with this motherboard including all the best features that most people would use. Highly recommended!

Pros: I'm putting my 2-cents in here, even though I bought the P8Z68-V-"Pro" board. The only thing the V lacks over the Pro is the extra Marvell SATA-III controller (two ports) & some rather minor extras. Pinching pennies in the current slump, I probably might have been just as happy with the V, but didn't know of it. This is a ground-breaker -- the whole model line ["V," "V-Pro" and "Deluxe"]. One of the first Z68 boards out of the starting line, ASUS finally got a winner out there that didn't disappoint. The ISRT feature has made it possible to dump my reliance on RAID0 for speed (except that it IS a type of RAID0, but figure the electrical power of a single drive). My HDD now benches at 260 MB/s and over 200 MB/s in "reads" and "writes" respectively. Next -- the UEFI BIOS, Turbo-Overclocking capability, the onboard TPU and EPU switches for those who don't want to trouble with BIOS-tweaking. Of course, they designed the BIOS for newbie ease; but full featured for veterans.

Cons: "Jon" in a previous post spoke to puzzlement that it "doesn't OC." Buyer needs to do a little reading in advance, and even the manual (a traditional shortcoming more general than ASUS) doesn't make it abundantly clear: The board and the "K" processors are designed for "Turbo-Mode" OC'ing. Further, ASUS recommends leaving the EIST, C1E and power-saving features "ON" while OCing. So you might see the board showing 1.6 Ghz on boot-up with even the right monitoring software. You have to put it under load, and with stock settings, it will ramp up to 3.8Ghz But this isn't really a "con." Instead of "buyer beware," I'll say "buyer be fair." This is a whole new ballgame. . .

Overall Review: Great over-clocker. Got my V-Pro up to 4.6 Ghz so far, running a load VCORE on "Auto" at about 1.29V. Please note: All the Hot-Dawg Over-clockers out there think the i7-2600K CPU can be volted up to 1.5V just because Intel spec'd it with a VID of 1.5V. This is a 32nm processor! The last generation before i7 were 45nm CPUs, with a "safe" range maximum of about 1.37V. Use your head and common sense! I've seen some Hot-Dawgs post "over-clocking guides" which say "just run it up to 1.45V initially." Intel hasn't even posted a safe-range spec on SandyBridge yet. You can get to 4.6 Ghz at just under 1.3V, using "Auto" Vcore, and all the EIST/C1E stuff "enabled." Of course, depends on the processor. Even so, the board, with it's "auto-OC'ing," will over-volt the CPU within a safe limit, but if it runs at load of 1.37V, you can trim voltage offset down so it's stable at 1.28V -1.30V. Use the actual VCORE shown in BIOS to find what "auto" offset gives, then trim/fix the offset.

Pros: If you don't need RAID and 4 6GB SATA ports, it's less $$ than the PRO. I just wanted to let potential buyers know...

Cons: My Venomous X mounting bracket barely, and I mean barely cleared the cooling fins by less than 1 mm! If you're thinking of going with a large cooler, check it out.

Cons: after sending back RAM for RMA turns out i had two bad memory sim slots on the motherboard I only can run 8 Gig in single channel More RMA's again

4 out of 4 people found this review helpful. Did you?
Manufacturer Response:
Dear Valued Customer, Sorry to hear about the issues. Please contact us at Newegg_ASUS_MBSupport@asus.com stating all parts used and we will look into this for you. Regards ASUS Customer Support
Kyle H.
Ownership: 1 month to 1 year
Verified Owner
Stability Issues8/29/2011 7:14:07 AM

Cons: The board came to me with a stability/overheating issue and ASUS has thus far not owned up to it. Their support is abysmal, with them going as far as to blame the OS install for the machine straight up shutting off and restarting itself(hint: it isn't the OS). After they didn't like my responses to the troubleshooting and support process we went through, their support just started ignoring me. I cannot recommend ASUS to anyone anymore after this experience and I certainly won't be buying their products anymore.

Overall Review: I really wouldn't have a problem being wrong in this case - I just want my machine to not crash without me having to have a box fan on the side of the machine. With all temps in operational range and the PSU/Memory barely warm to the touch, I have only one component left to think is causing this. Their support could have helped me go through tests that would satisfy them - they didn't even do that.

4 out of 4 people found this review helpful. Did you?
Manufacturer Response:
Dear Valued Customer, Sorry to hear about the issues. Please contact us at Newegg_ASUS_MBSupport@asus.com stating all parts and BIOS version used, and we will look into this for you. Regards ASUS Customer Support
Janet S.
Ownership: 1 week to 1 month
Verified Owner
Very, very frustrated.12/7/2011 3:33:30 AM

Pros: The price. And it looks nice.

Overall Review: I've had this mobo for two weeks, and it had been working perfectly until yesterday, I came hame to my computer shut off, which was odd because before I had left the house I had kept it on so I could leave it to download something. I tried the power button, but this did nothing. I unplugged the PSU and plugged it back in, this did nothing until I pressed the power button and then the front power LED turned on for half a second at a dim glow and slowy faded off. I'm very upset over this as I had just bought this for my 1,100 dollar rig. It was working perfectly until yesterday. If you're like me and you're looking through all the reviews just to see what everyone is saying, take into account this review. I'm going to attempt to get a replacement mobo, and if that one fails me as well I'm going to have to stop using ASUS.

Pros: -Had everything I needed -New BIOS is actually pretty decent and easy to overclock -Runs really well with my i7 2600k -My SSD does a full 550MB/s read and 520MB/s write on this SATA III controller

Cons: -First board I had to RMA because of bad memory slots - QC Asus? -Only 4 SATA II connectors - I can see myself needing more in the future -No on-board RAID -BIOS was a little bit confusing to navigate at first. -ASUS support website for this board appears to be written by somebody that doesn't speak much English. You would think a company like ASUS could afford decent English on their website.

Overall Review: The first board I got would reboot endlessly with no POST. If I reset CMOS, I could get it to boot once, but then it would boot endlessly again. After about 3 hours of messing with it, re-flashing BIOS and all, I found I had 1 or 2 bad memory slots. With memory in one channel it worked fine, although even then when I would turn it on, it would start up for a few seconds, fail to POST and then turn off. Then it would turn on and work again. I RMA'd the board and the second one has worked flawlessly for me. I highly recommend flashing BIOS with latest version right out of the box.

Pros: Let's get this straight, the number one complaint you'll here about this motherboard and the z68 chip-set is that "it won't overclock, at all." The people writing those reviews must be new to the Sandy Bridge chipset. YOU CANNOT OVERCLOCK BY PUSHING UP THE CPUs FREQUENCY. Overclocking is extremely simple, but people who are getting constant overclock failure messages are pushing the actual system freq. up. That freq. you see controls all of the the system components (CPU, Ram, Sata, PCI bus speeds, etc.) Going from 100MHz to 103.5 MHz will cause the system to not post. Simple way to overclock: push up the multipliers to 42. Congratulations, you're now running at 4.2GHz, no problem. Want to go higher? Push up the multipliers to 43 .. 44 .. 45, some chips can handle it. If yours can't, read into it a little more before you try overclocking. The UEFI bios is a wonder to work with, mouse support is brilliant.

Cons: I'm still a little stumped at the fact that they didn't include on board raid. Wish the motherboard had an on board display to show error messages instead of the speaker.