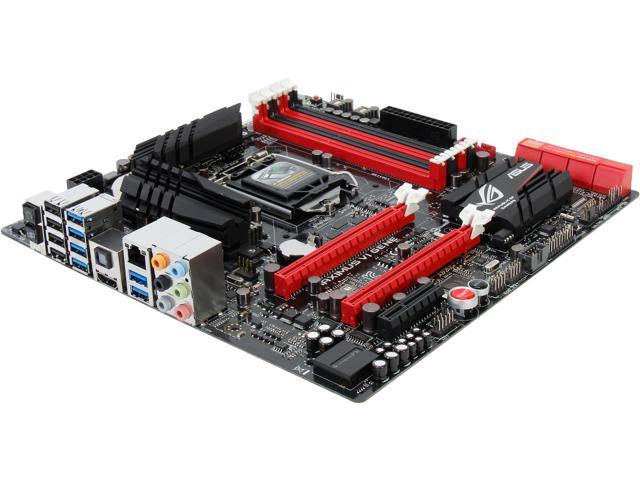 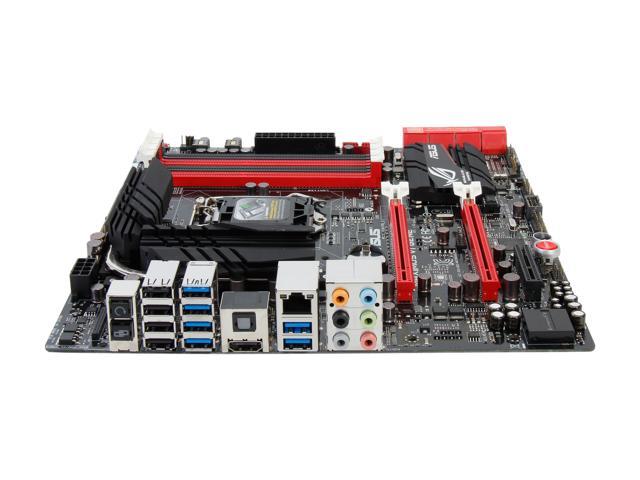 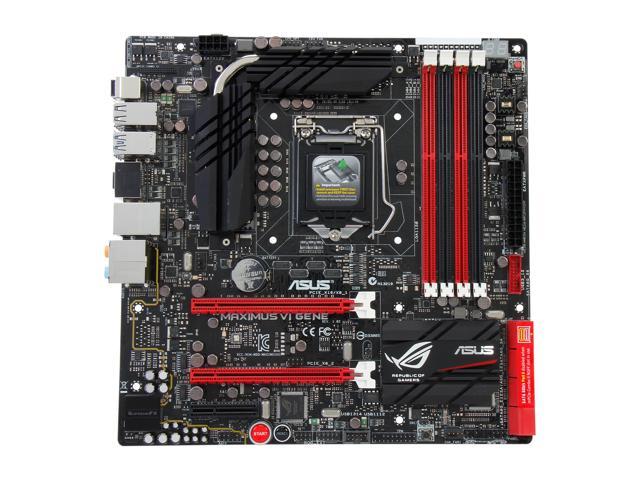 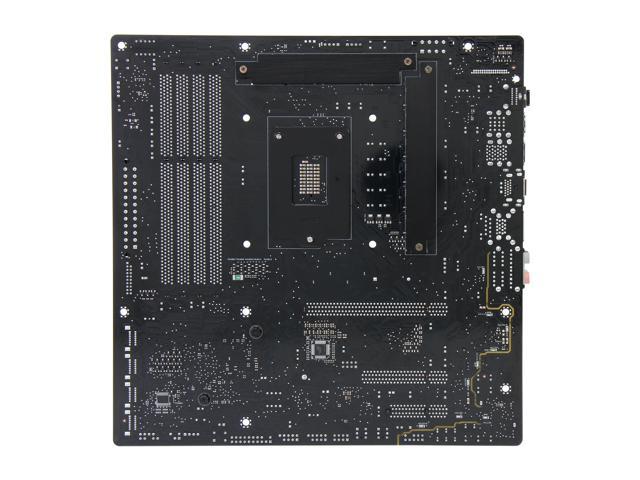 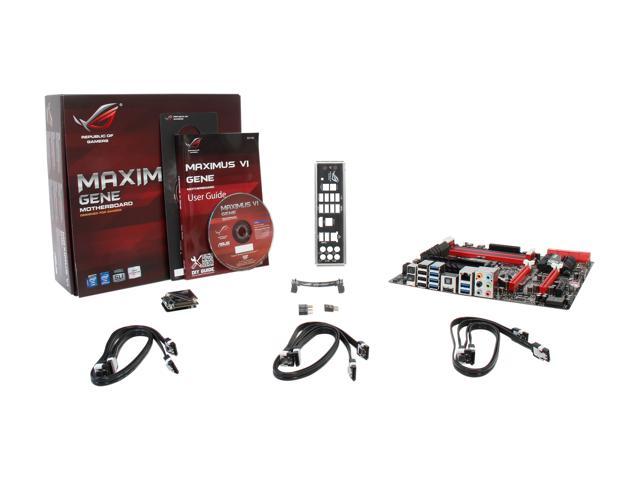 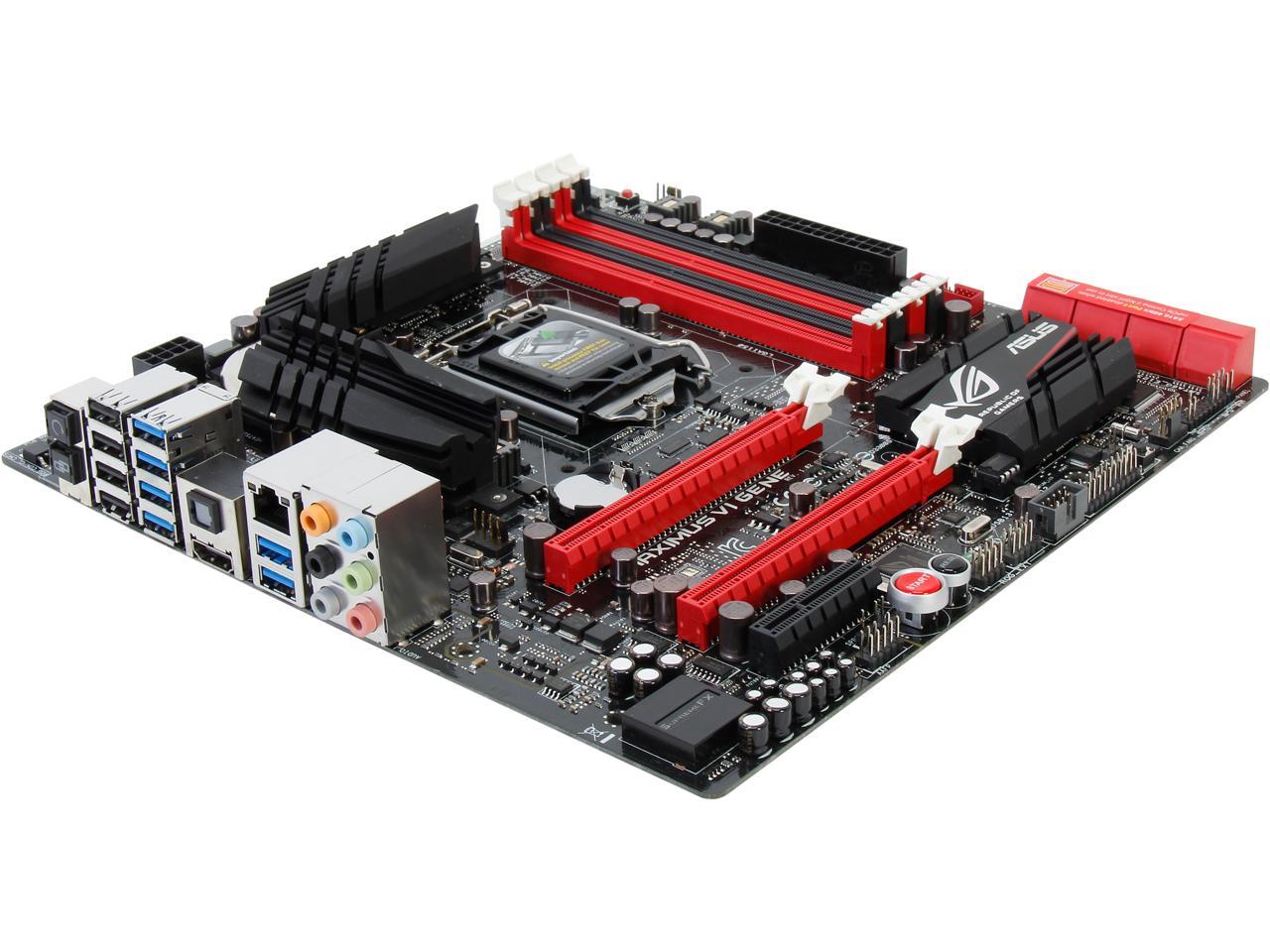 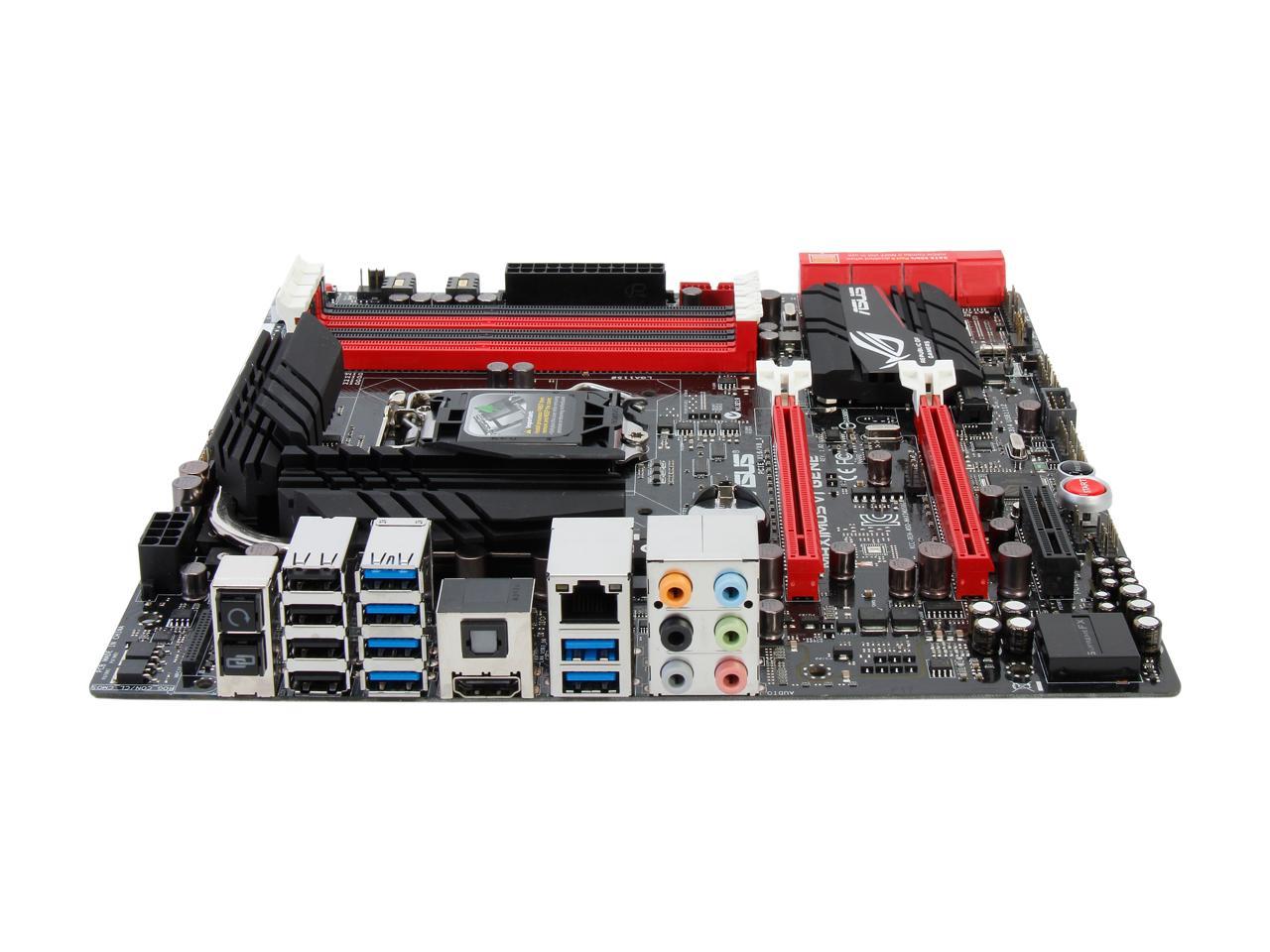 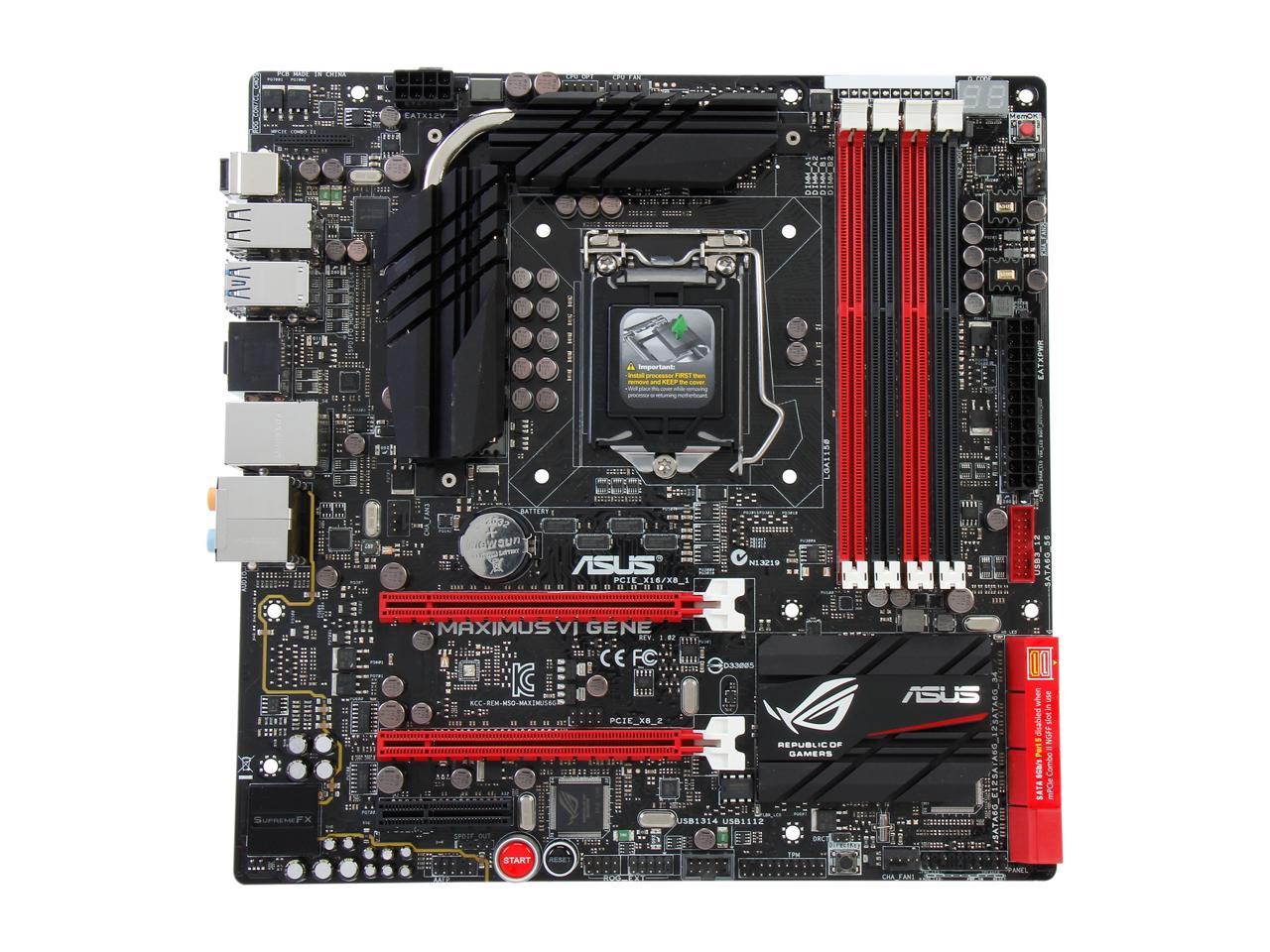 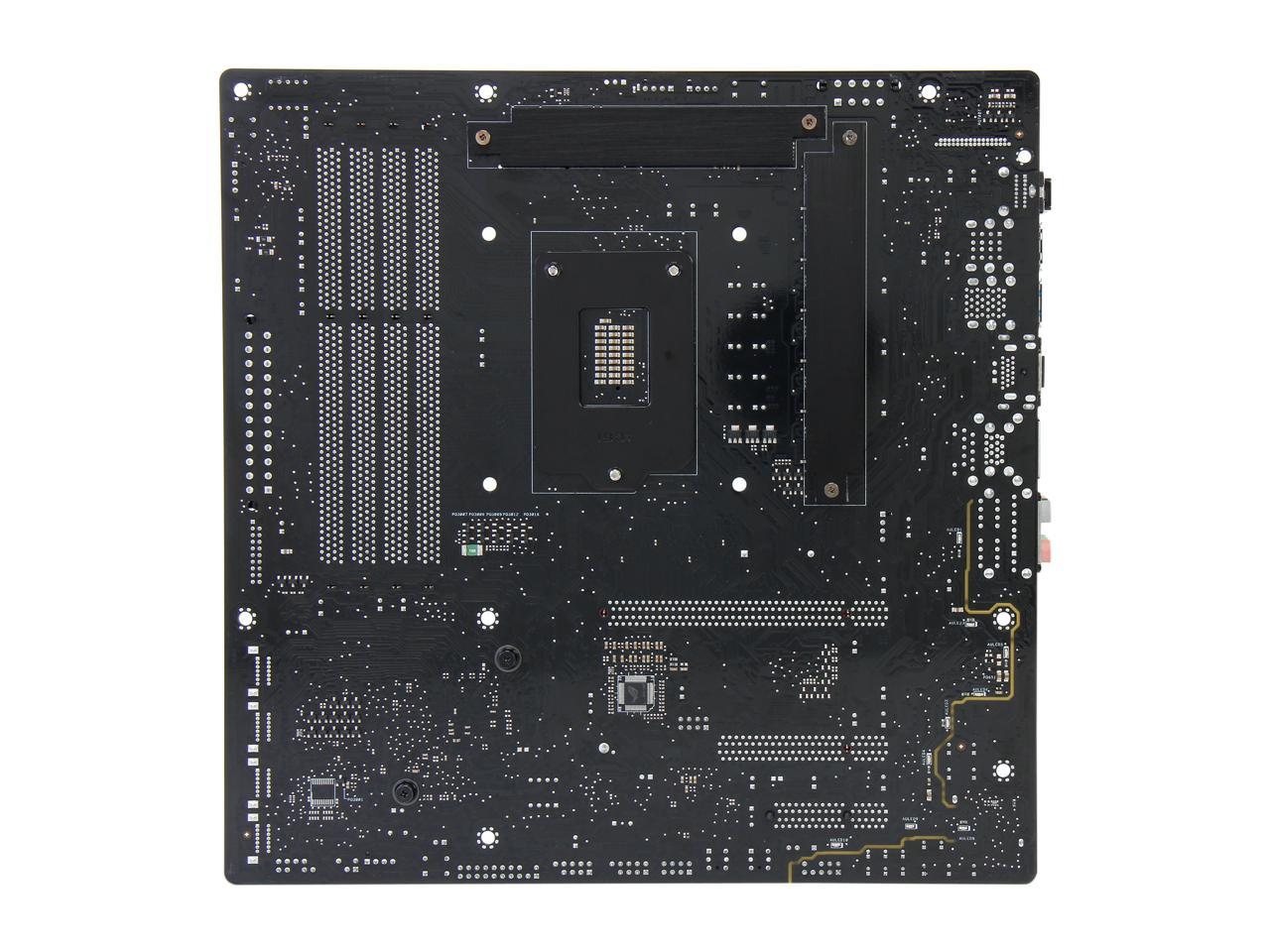 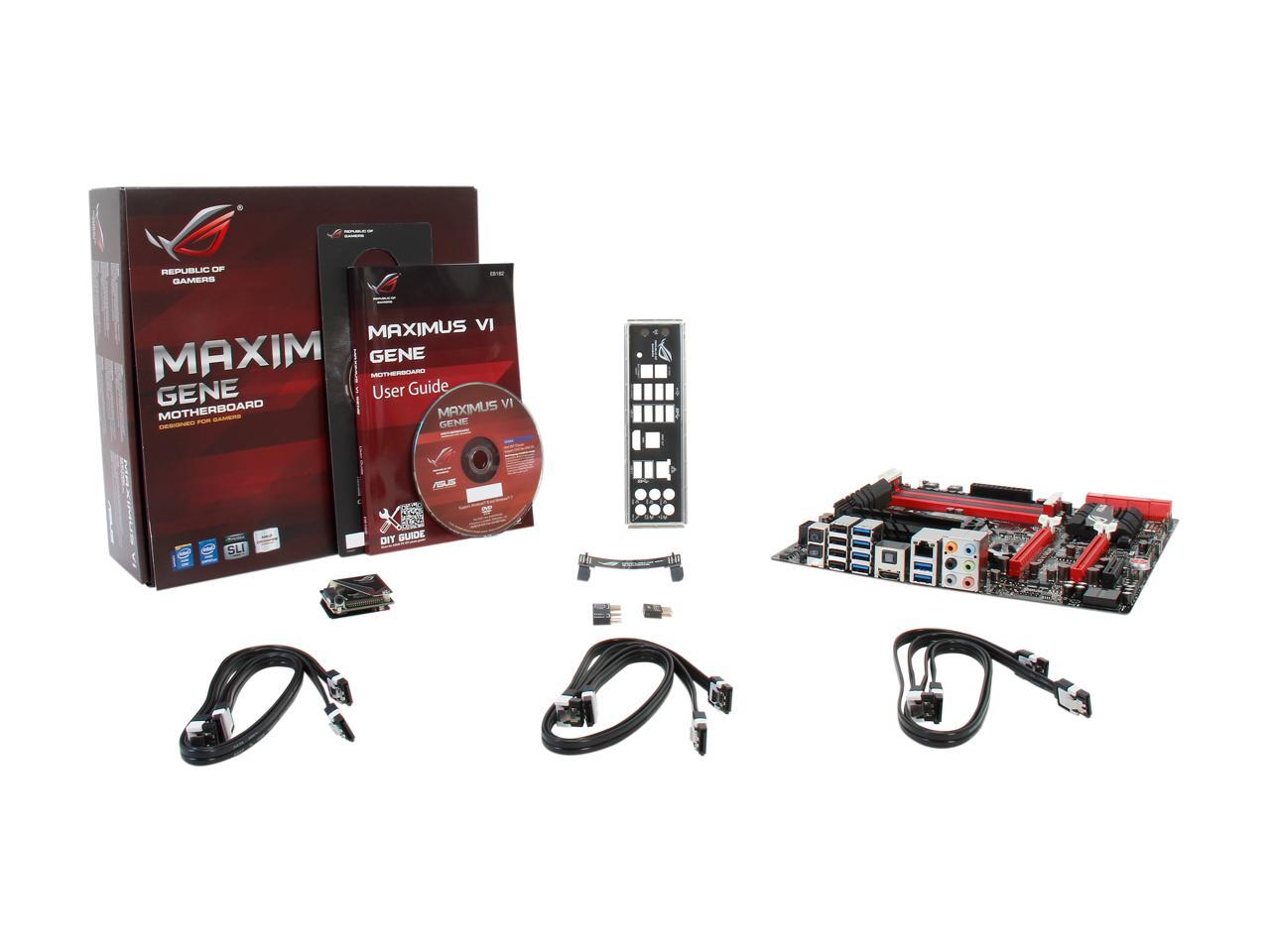 The ROG GENE Series has long been the favorite choice of micro ATX power seekers. GENE boards have been the official BlizzCon motherboards for three consecutive years, forming the foundation for all official PCs used at the 2012 Battle.net World Championship. Moreover, SupremeFX on Maximus VI GENE also implements multi-approach shielding, with ELNA audio capacitors helping offer 8-channel HD sound that's equal in power, clarity, and range to dedicated sound cards. This is the first-ever onboard sound capable of true audiophile-grade performance, set to revolutionize the way you hear games, movies, music, and even other people via chat. Discover a whole new dimension of superior audio and get ready to rule. Click the button to learn more about SupremeFX! The next evolution of the mPCIe Combo card gives you even better expandability with the latest standards in connectivity. It's easy to install, and adds mini PCI Express 2.0 plus USB 2.0, which is perfect for connecting Wi-Fi and Bluetooth modules to give your desktop instant wireless. It also keeps a precious PCI Express slot free.

The compact but versatile card further future-proofs your build with M.2 (NGFF, Next Generation Form Factor) connectivity for SSDs. M.2 is a fast and power-efficient standard that aims to replace mPCIe and mSATA, designed to optimize SSD performance. mPCIe Combo II works with your high speed M.2 SSDs and makes the most of their potential, helping you reduce load times to make your OS and games even faster.

Most award-winning in its class
The new ROG UEFI BIOS includes a Last Modified feature that records recent changes. And to make sure you never forget a tuning idea, the in-BIOS Quick Note is perfect for jotting down memos and system details. It sure beats easily-misplaced paper notes! There's also F4 for My Favorites and Shortcuts for easy access to the BIOS features you need most, and you can even adjust boot logo size. The new BIOS also lets you name individual SATA ports so you can easily identify them to save time when defining boot sequences and other drive-related settings.

Why choose when you can have both?
SLI or CrossFireX? Fret no longer because with the ROG Maximus VI GENE, you'll be able to run both multi-GPU setups. The board features SLI / CrossFire on Demand technology, supporting up to Quad-GPU SLI or Quad-GPU CrossFireX configuration. Whichever path you take, you can be assured of jaw-dropping graphics at a level previously unseen. Cons: - I wish there was one more fan header, or the CPU OPT provided some sort of fan control - AI Suite Software interface could be better, but it gets the job done

Overall Review: Although my original board was DOA, I am very pleased with the replacement. For those of you who downvoted my original review, that's just silly. I'm a massive ASUS fan, but blind fanboyism is not the way to go. The fact is, I received a board that was DOA (It happens, no matter how good a company is) and my review reflected that. ASUS quickly responded to the review, further solidifying my confidence in them as a company, and that should be helpful to anyone that reads the review. Hats off to ASUS for a great product and great support team. If only I had known you couldn't edit reviews, I would have waited to post until I received my replacement... maybe you should fix that Newegg.

Pros: Ordered this board for a new LGA 1150 build after endless reviews of MATX boards. This board by far was the most recommended out there. Full of features, well thought out and a blazing fast board! If you are building a MATX system this IS the board you are looking for! Check out the review over on OC Club for a fantastic rundown, OC results and what ultimately sold me this board.

Cons: The board itself - none. I have read many reviews of Asus's customer service though is on the decline. I hope this is not the case.

Overall Review: I am not sure why there are people complaining that ASUS did not shrinkwrap the box. IF the board was used it would be very clear since it is almost impossible to remove from the cardboard packaging. You could not get it back into the tray unnoticed. The board comes really securely packaged. No worries there.

Pros: Nice features and we'll built and designed board. I like the ROG lighting on the board. This replaced the Gigabyte boards i used to use.

Pros: Great in all fields. I prefer smaller builds, and this is a powerful motherboard.

Overall Review: Mine died after a year, but due to excessive overclocking, so not really a con. I bought a new one to replace the original, but after spending however-much on shipping, couldn't get a replacement.

Pros: This board is so sleek,stylish,functional and so far solid. Booted right up with G Skill 2400 and ran at xmp settings..no problem.. Lots of nice features,software..Asus has built an matx with lots of punch that works for sure..Glad I purchased from Newegg too..best price,quick shipping..a wonderful upgrade process this has been..Thanks

Cons: None at this point..

Overall Review: This build was a no brainer..easy as it gets

Pros: Alright this thing is amazing. If you looking for a micro atx board and have the money for this just get it. I brought over my older hardware from my last build which is to old but was recognized by the board and loaded up no problem. Overclocking features .... wow ... so many and easy to understand then there's the advanced section * I suggest to just leave it be. I was able to overclock my cpu to 4.5 just by the multiplier. I have so much headroom left. The mini pci-e port is perfect if you plan to make a wireless build, which I did. I had a issue with one screw which wouldn't budge. DO NOT PUT PRESSURE ON IT. I easily turned it and it unscrewed itself. Any issues you heard for this board were probably minor and easily fixable. It's ROG it's beautiful color scheme in my corsair 350D.

Cons: - the lan (wired) can cut off randomly, it's mainly due to the driver but returns automatically and for me was no problem since it happens once a day. Which is very strange -Doesn't come with antennas or for the matter wireless extras but it can simply be bought. Besides that it's still 5 eggs.

Overall Review: Depending on your case make sure your wires are ready to put the board in easily without damaging it. This is a beautiful board, I was skeptical almost going to gigabytes sniper but I needed that mini pci-e. WORTH IT! YOU WANT CROSSFIRE OR SLI. Do it man. I have 2 sapphire amd HD 7850's and max temp (40 cel 2 mointor setup) is the same from my last and still the same playing Skyrim with 50 mods(65 max). I don't understand why some don't suggest it, suck at airflow planning much? Of course I plan for a single beefy card but later on in the future though. Build specs: Corsair 350D SSD samsung 840 EVO 120gb Western Digital 1tb black Kraken x60 280mm 700 watt Nzxt v2 Maximus VI GENE LGA 1150 2x Sapphire HD7850 OC 1 gb

Overall Review: Best motherboard ever, trusted well but it is time for me to upgrade for the Ryzen 3 series