Feel 100% satisfied with your purchase -- with no restocking fees & no return shipping costs* within 30 days of delivery. Learn More
Price Alert
Add To ListFound on 33 wish lists 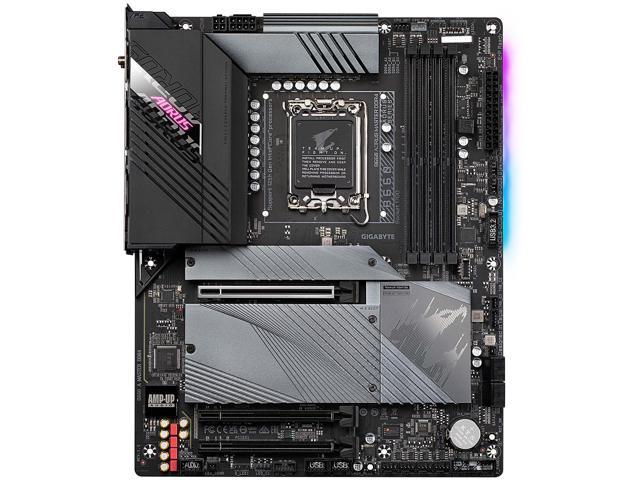 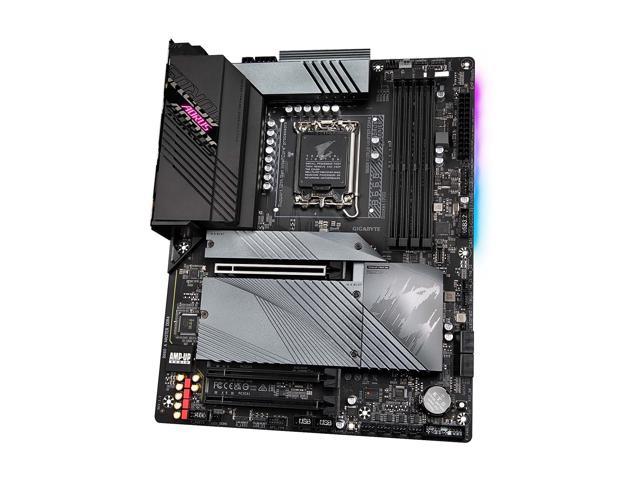 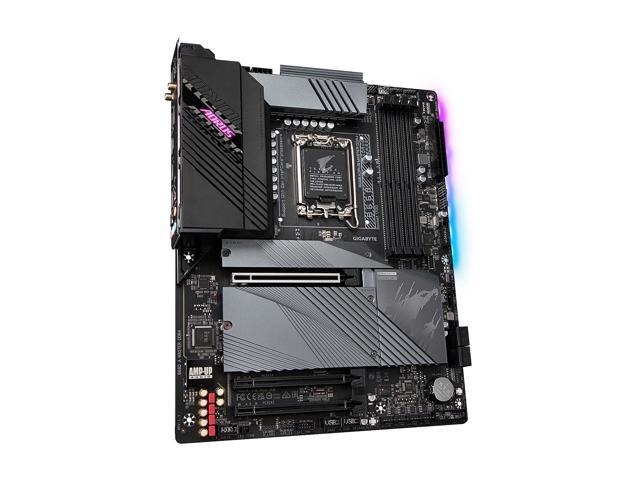 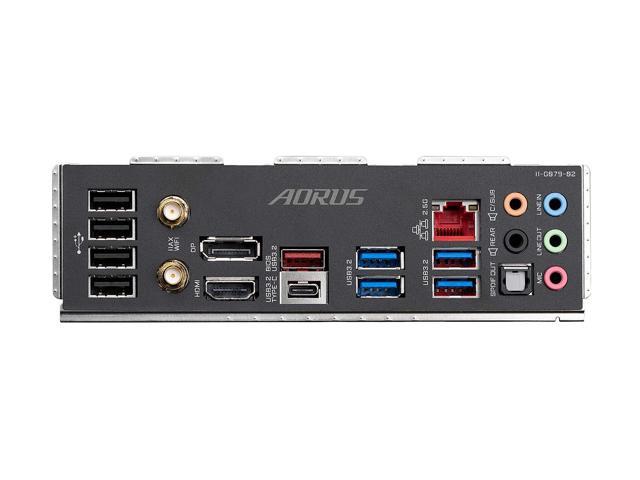 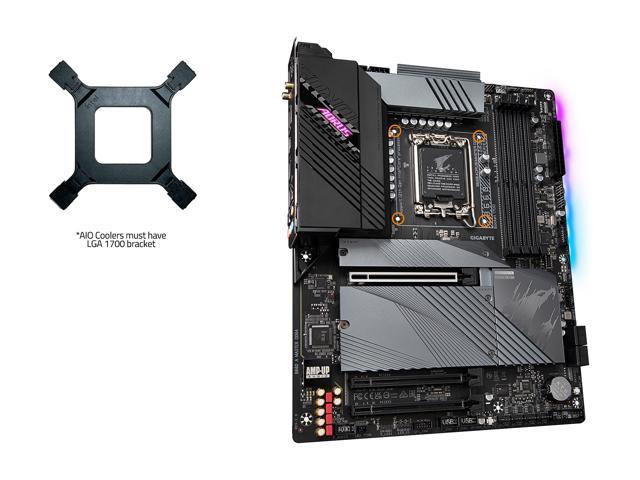 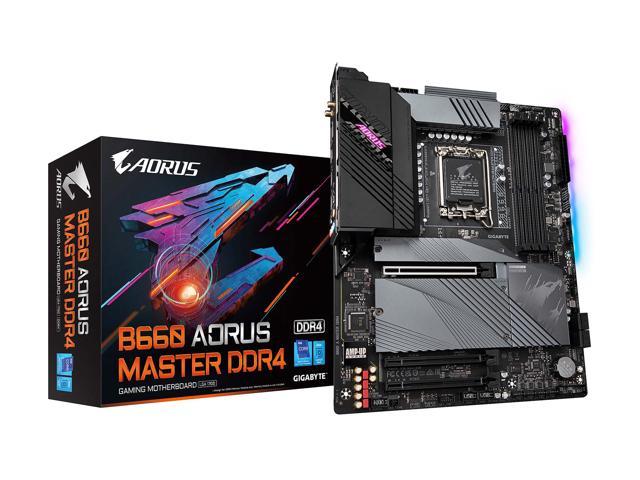 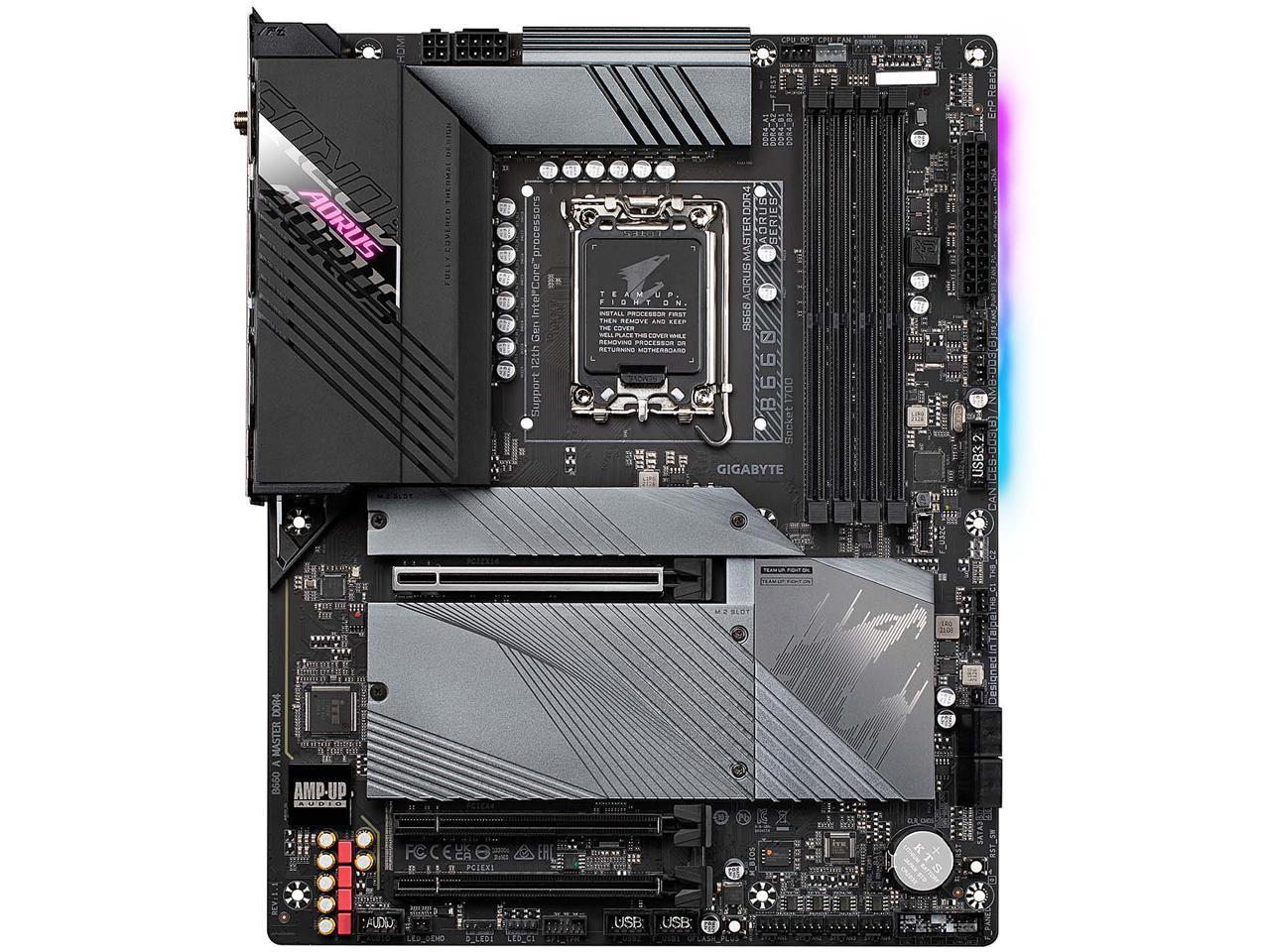 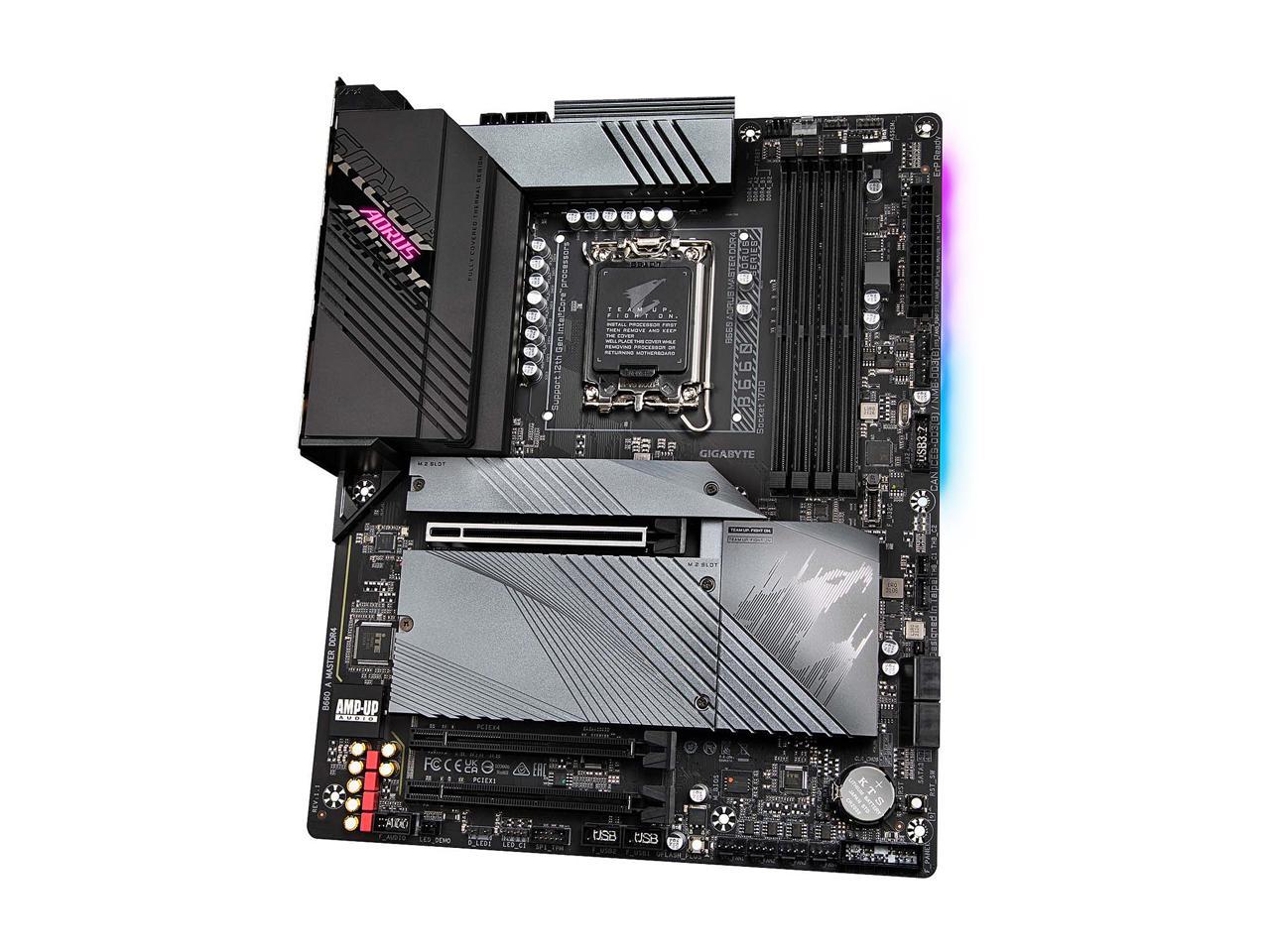 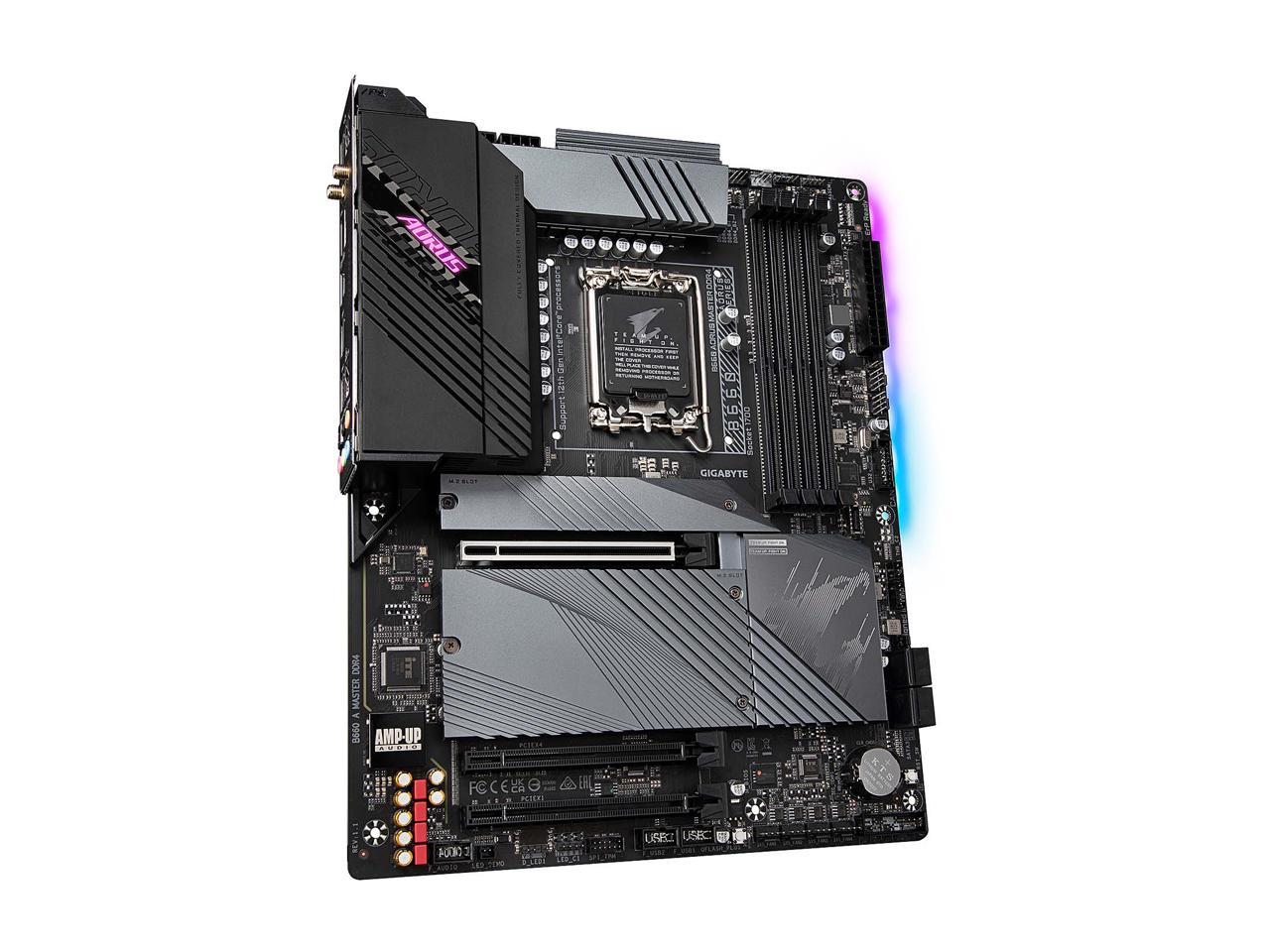 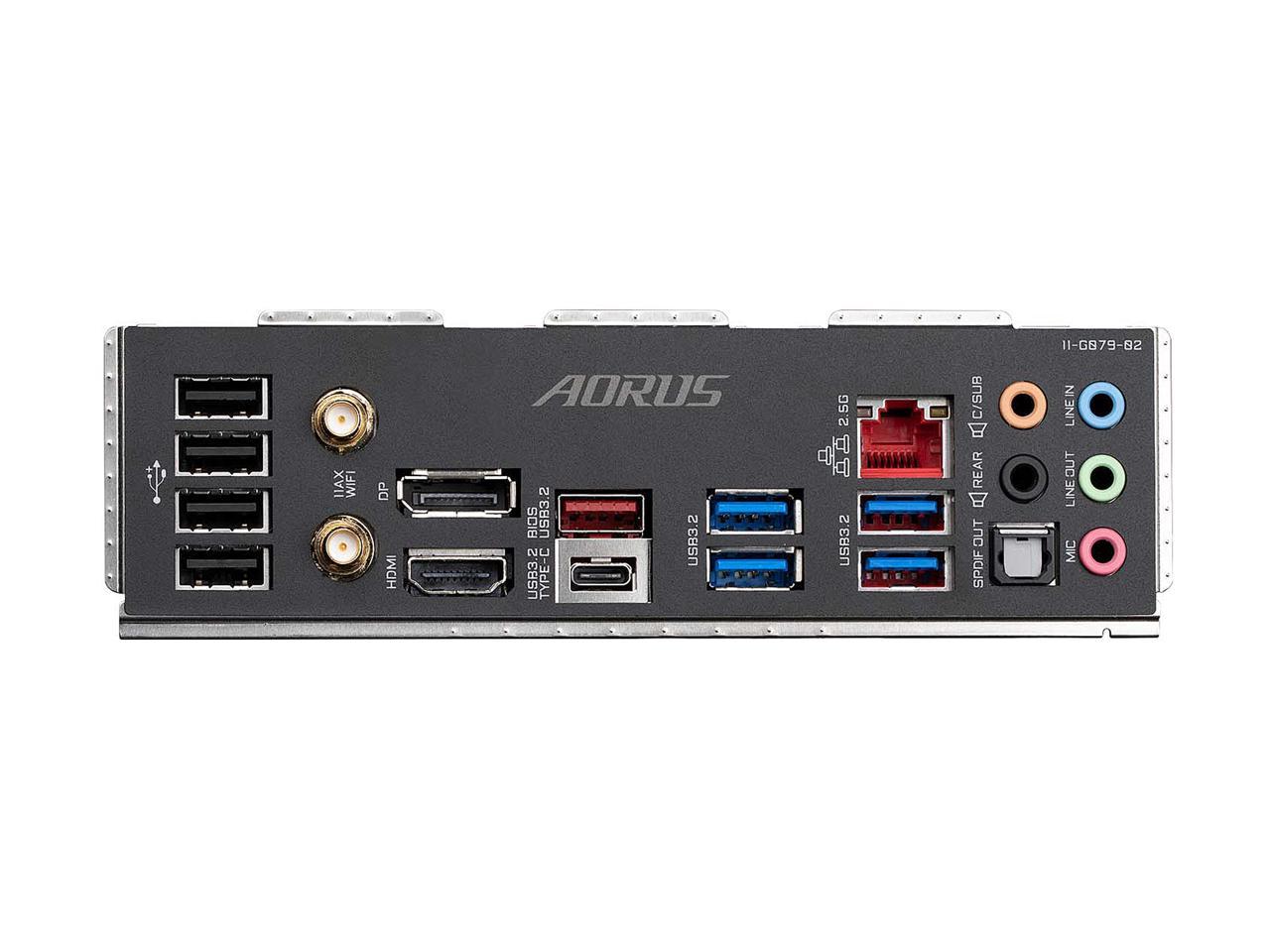 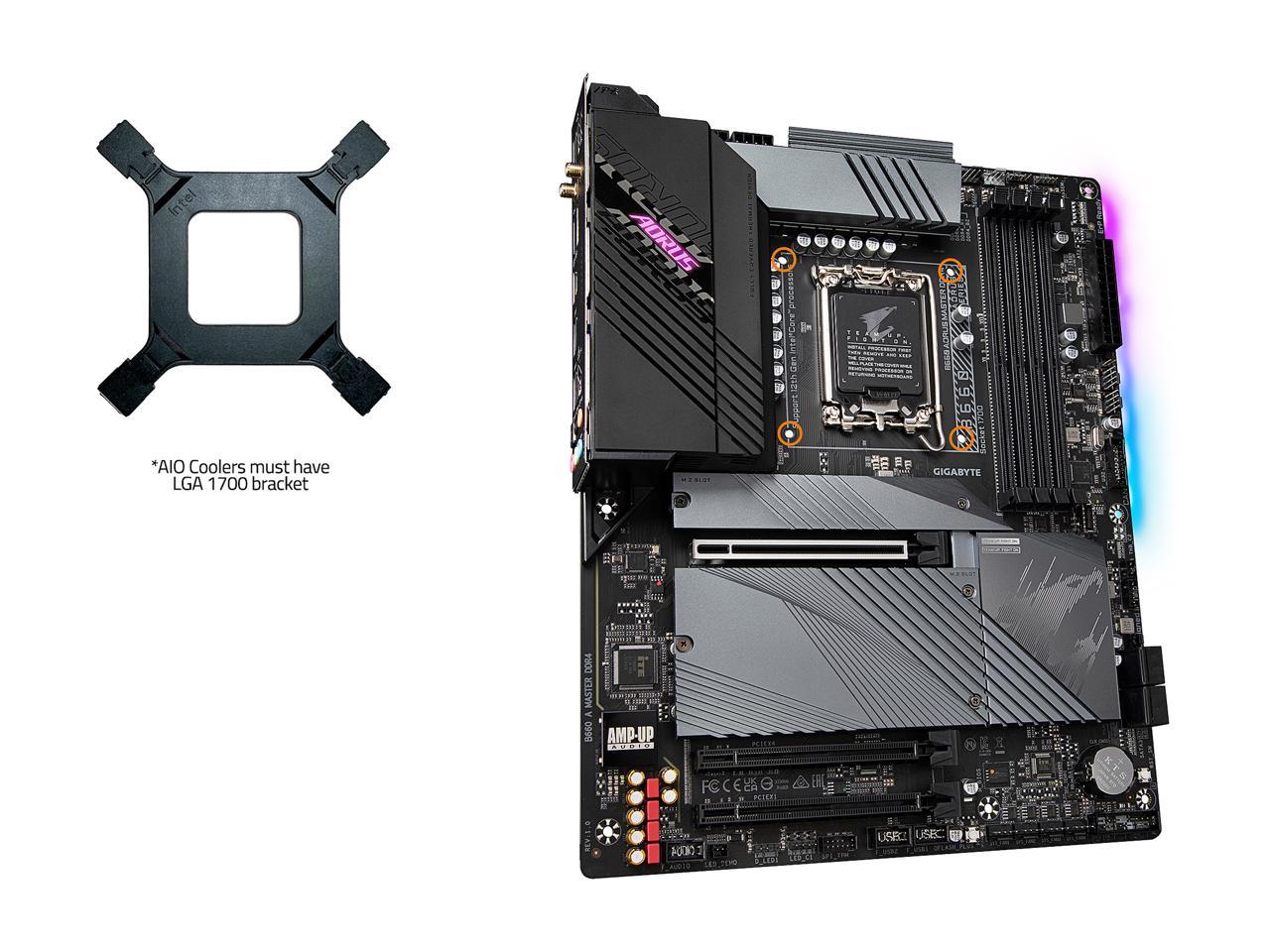 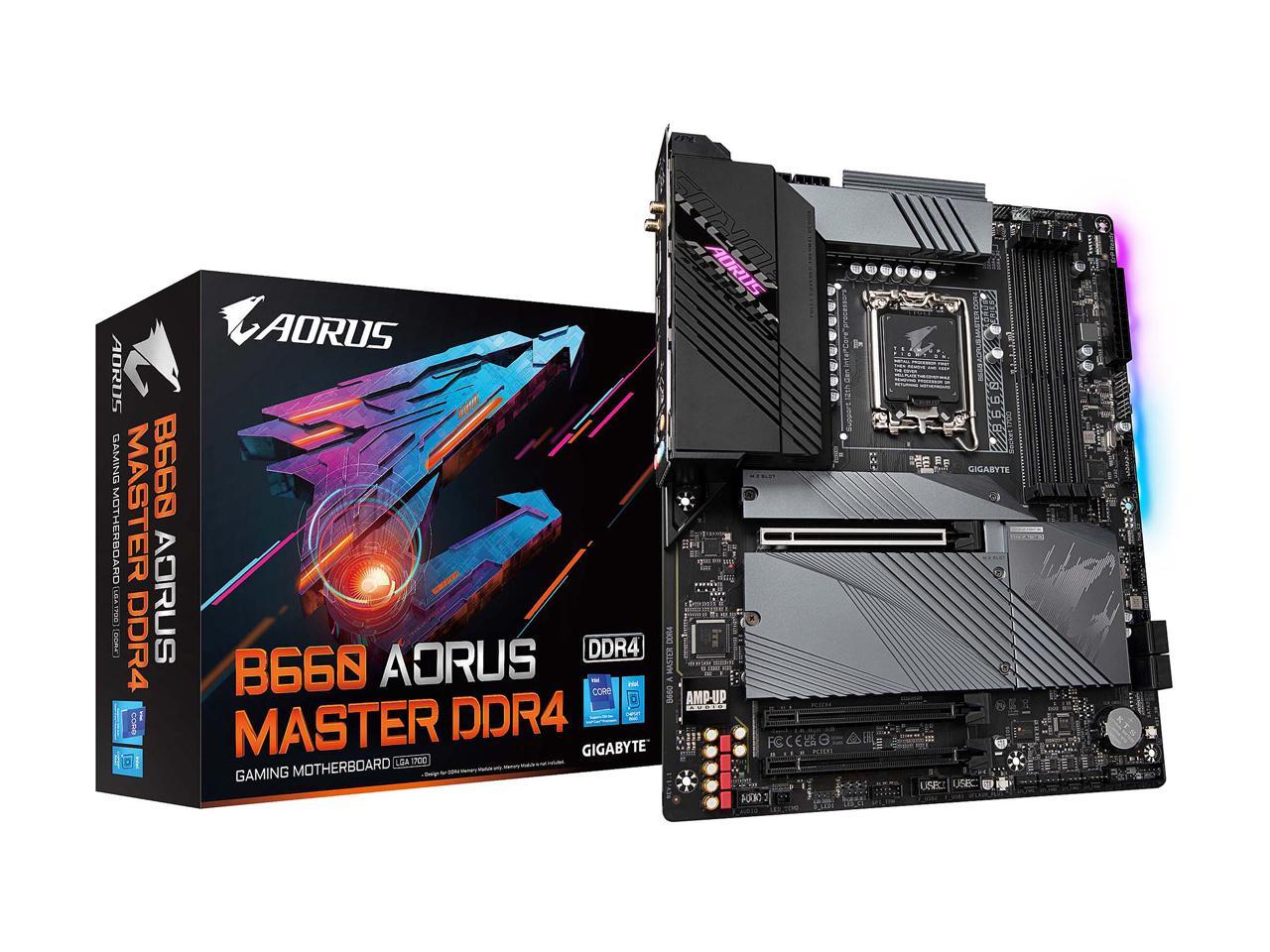 Learn more about the GIGABYTE B660 AORUS MASTER DDR4

Pros: -clean look -does it's job -bluetooth -bios aren't terrible -if you're power supply doesn't have enough cables (the 2x2 4pin you'll see missing in my picture) fear not, everything will still operate with just the 8pin.

Cons: -had to delete the bluetooth drivers and reinstall for bluetooth to work (not a terribly difficult task) -for some reason XMP won't stay enabled, no matter how many times i turn it on in bios when i go back it's off. -not really a con, but you can't OC on 660 boards (didn't know that until it was on its way). if you're running an I7/I9 you don't really need to anyway the stock boost is enough IMO

Overall Review: if you looking to upgrade to 12th gen and not break the bank this board will do the job.

Pros: - Board can has debug leds, which is to be expected at all price range in 2022. - bios is upto date? there is only 1 bios option available for this, which was released on december. - Looks great and vrm temps are also great. ( its to be noted, i use 12400)

Cons: - cant seem to run my memory at gear 1. dont know if its the rams fault or motherboard. but hoping to get a bios update soon. - Hate the rgb software, just download open rgb.

Cons: Drivers won't install properly. The main driver I'm having an issue with is the i225-v ethernet driver. Nothing I do fixes the issue. I've tried everything from flashing the BIOS to the newest version, installing the driver from gigabytes website (fails install), updating windows, downgrading windows, reinstalling windows, plugging it in to a different ethernet source, enabling ErP and disabling ErP.

Overall Review: No, i do not recommend this product. Do not buy this brand.

Manufacturer Response:
Dear Customer, Thank you for your comments. We apologize for your difficulty with your GIGABYTE product. Please contact us at support-newegg@gigabyteusa.com with case number 188489 in the e-mail subject line. We will provide personalized service and analysis to help solve your issue ASAP. If the matter is urgent, please send us your contact number, and we will contact you. GIGABYTE VIP Support Team
Calvin I.
Ownership: 1 week to 1 month
Verified Owner
Gigabyte B660 Aorus Master DDR4/30/2022 9:57:45 AM

Pros: Plenty of features within the BIOS setup, and the appearance of the board is nice.

Cons: No major apparent problems with this motherboard so far, but immediately checked and updated the bios and all firmware for the board.

Overall Review: Paired the GIGABYTE B660 AORUS MASTER motherboard with an Intel i9-12900 CPU, and G.SKILL Ripjaws V Series 32GB 288-Pin DDR4 SDRAM DDR4 3200 Memory. Initially tried cooling with stock cooler, but the temp was idling in the high 40s range; so installed the Noctua NH-D15, Premium CPU Cooler. The Noctua cooler keeps the CPU temp at idle in the high 30s range. I have a fair amount of background apps running, so this works well for me. I stopped some background APPS, and CPU temps hovered in the mid-'30s. Most reviews that I have come across for this CPU indicate it runs a bit on the hot side at idle anyway. I then performed CPU stress testing by taking the CPU to full capacity for about 5 minutes. The CPU topped out at 91 degrees C with no issues. The Noctua cooler is highly recommended for air-cooled cooling, and the majority of reviews I looked at stated water cooling was preferred. Since I only run the CPU at moderate levels, the Noctua CPU cooler has worked just fine for me. This rig was placed in a DIYPC Vanguard-V8-RGB case, which had plenty of room for components. I must say that the case was great to work with, and thought out well. The Intel i9-12900 CPU is operating very well under Windows 11 and the core equipment noted in this review. The AORUS APP Center software for this motherboard has worked well, with stats, including temps, voltages, and other pertinent info include in the SIV App. Bios updates are also easily performed via the BIOS App. The SMART backup feature also works well for a stock no frills backup App.

Pros: I like everything about the motherboard except one thing, the RGB software of gigabyte.

Cons: If you like me ordered a non gigabyte gpu and corsair ram. Try Open RGB sofware to sync. it doenst have many option but atleast your build have one theme color. This is also a overprice motherboard.

Overall Review: yes I recommend this mobo if you trying to build motherboard and gpu with the same brand gigabyte. Also check on website which ddr4 it support. very important for the rgb sync.

Pros: Works amazing with the exception of the wifi

Overall Review: Would love it if the freaking thing worked

Manufacturer Response:
Dear Customer, Thank you for your comments. We apologize for your difficulty with your GIGABYTE product. Please contact us at support-newegg@gigabyteusa.com with case number 188219 in the e-mail subject line. We will provide personalized service and analysis to help solve your issue ASAP. If the matter is urgent, please send us your contact number, and we will contact you. GIGABYTE VIP Support Team
Brandon D.
Ownership: 1 week to 1 month
Verified Owner
Love it.4/3/2022 10:00:39 AM

Overall Review: I highly Recommend this Board and I would Buy it again.

Pros: This thing has every feature i was looking for

Overall Review: This motherboard has all the bells and whistles. buy it, you wont be disappointed