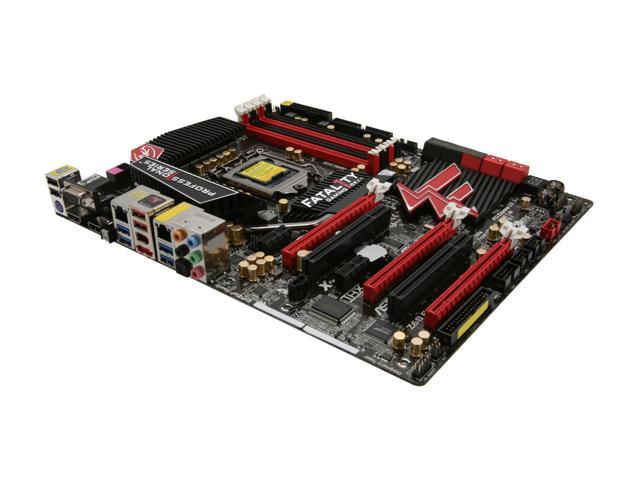 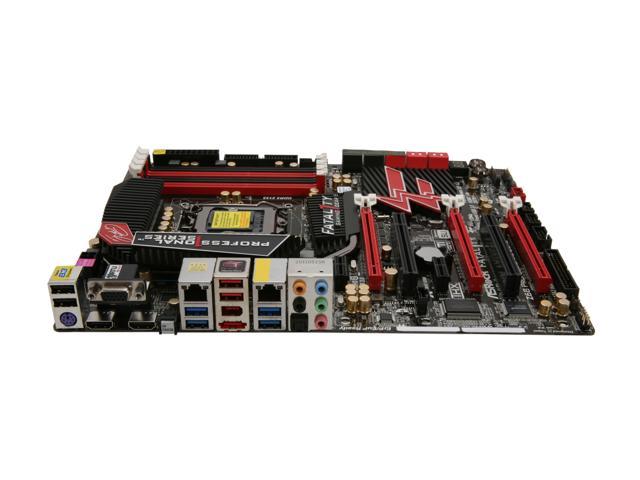 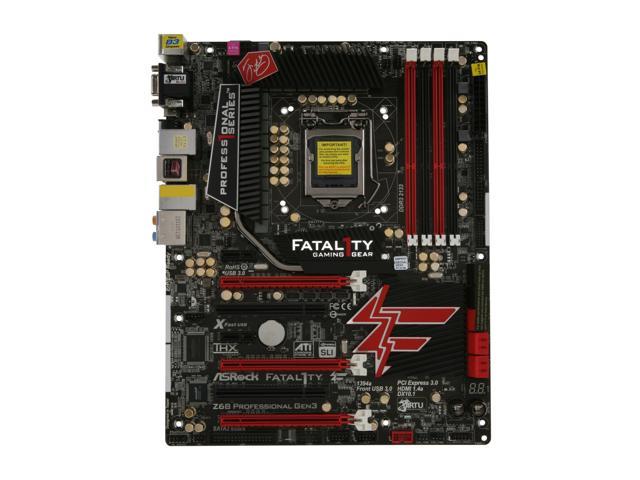 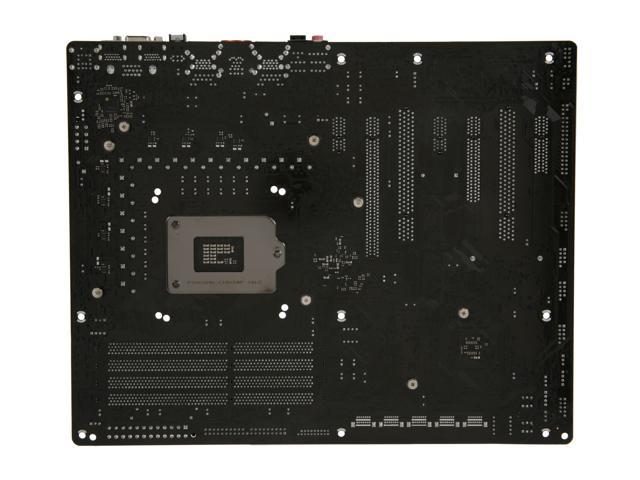 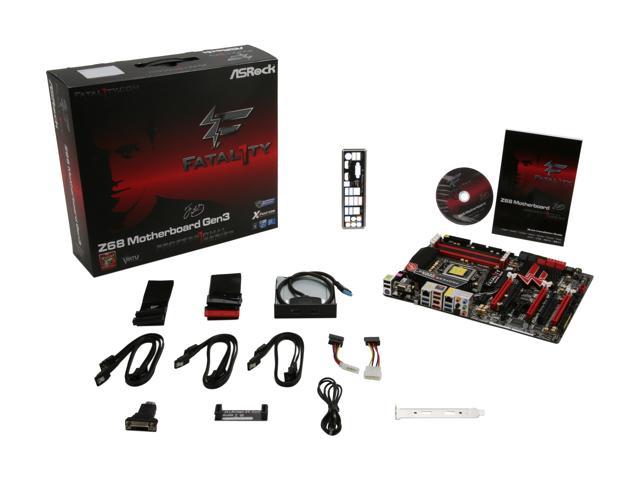 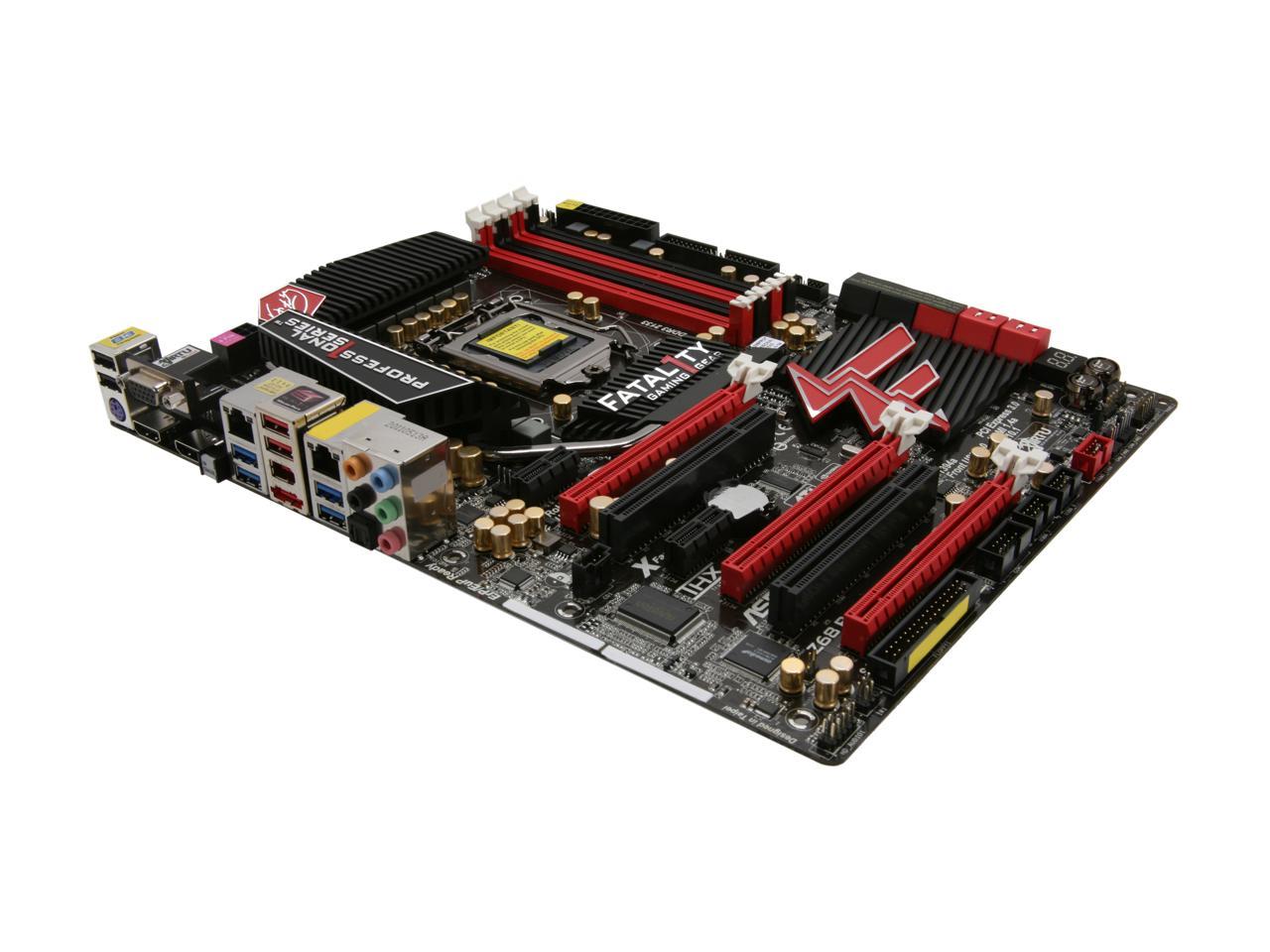 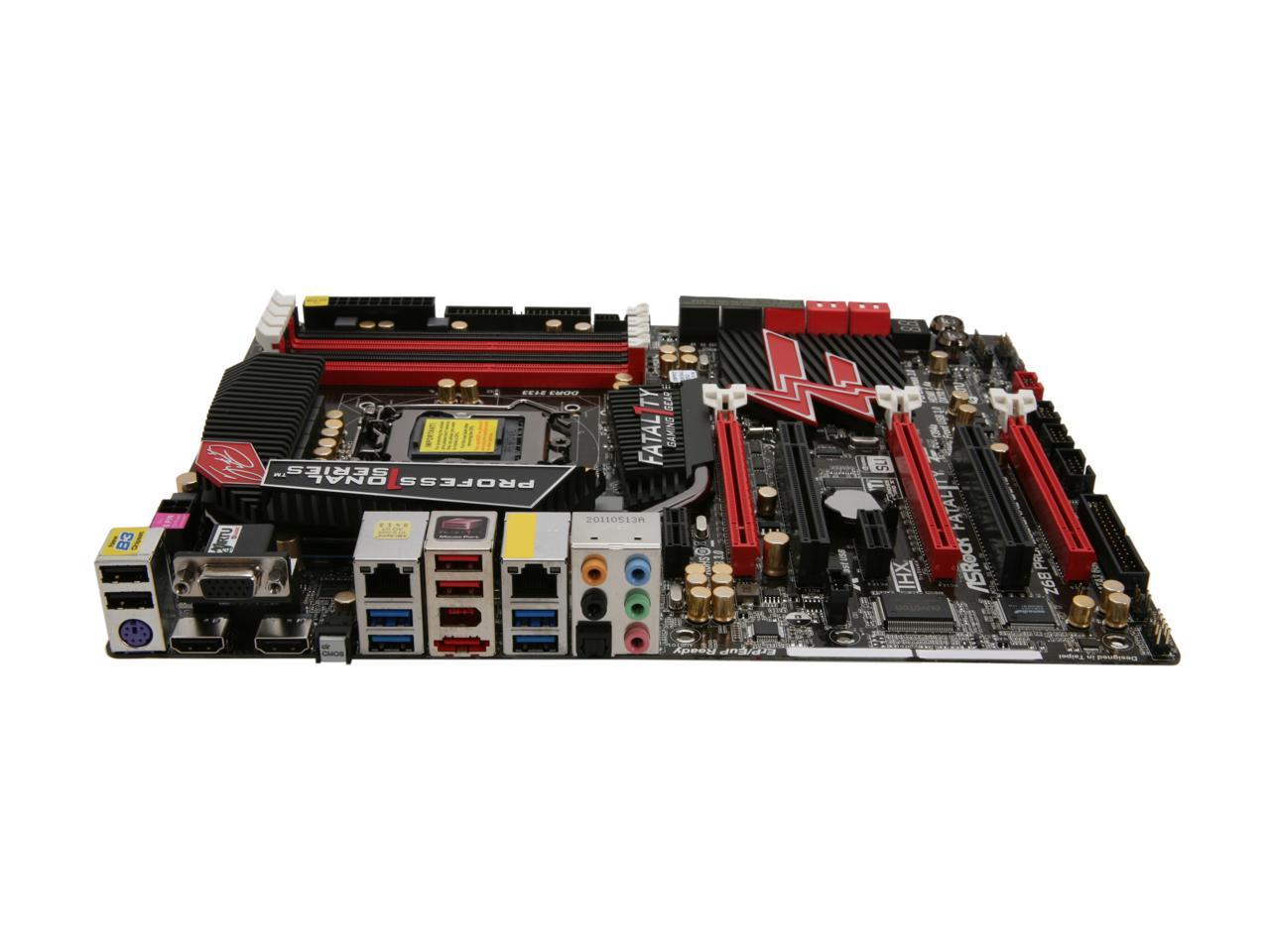 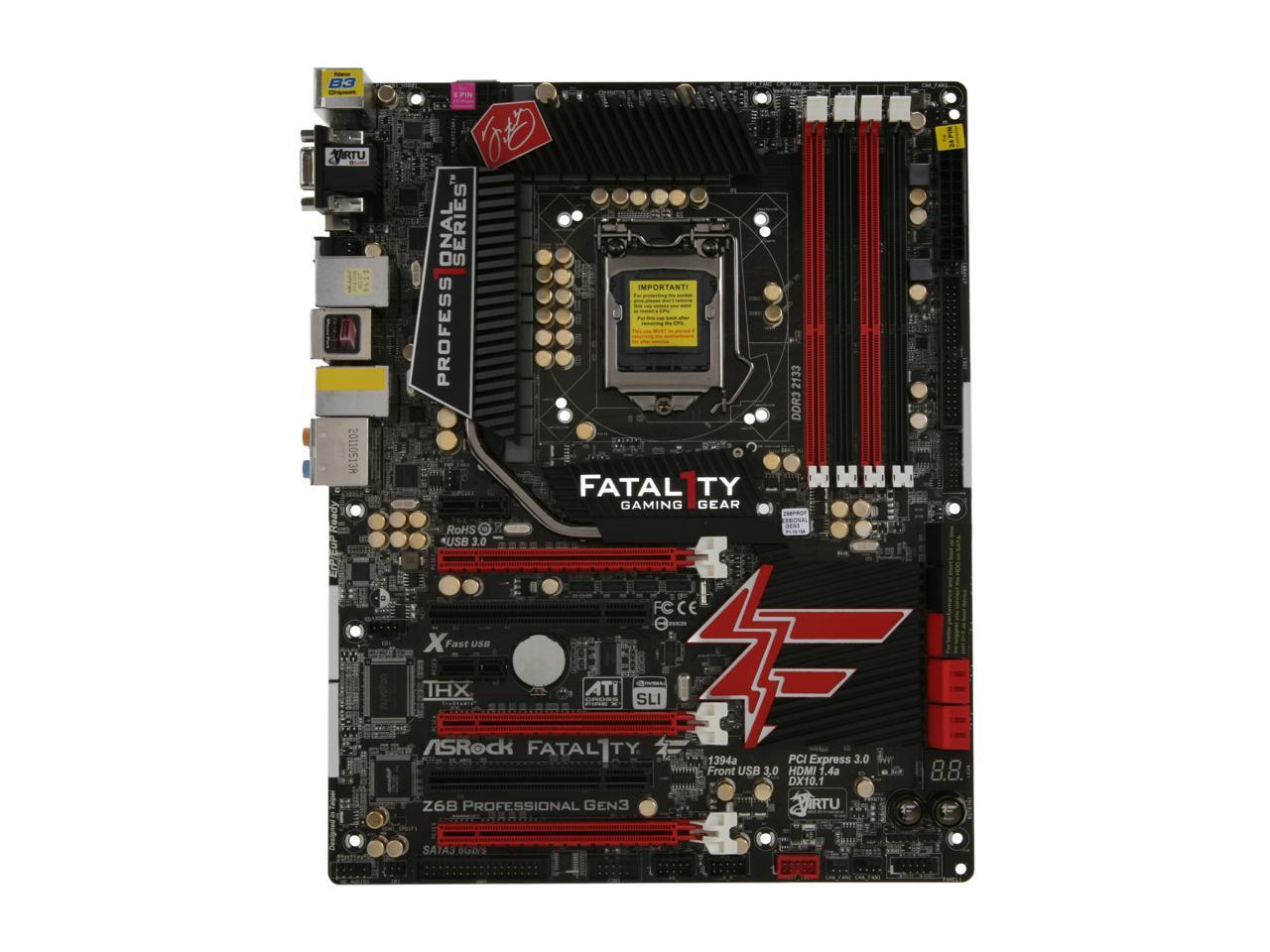 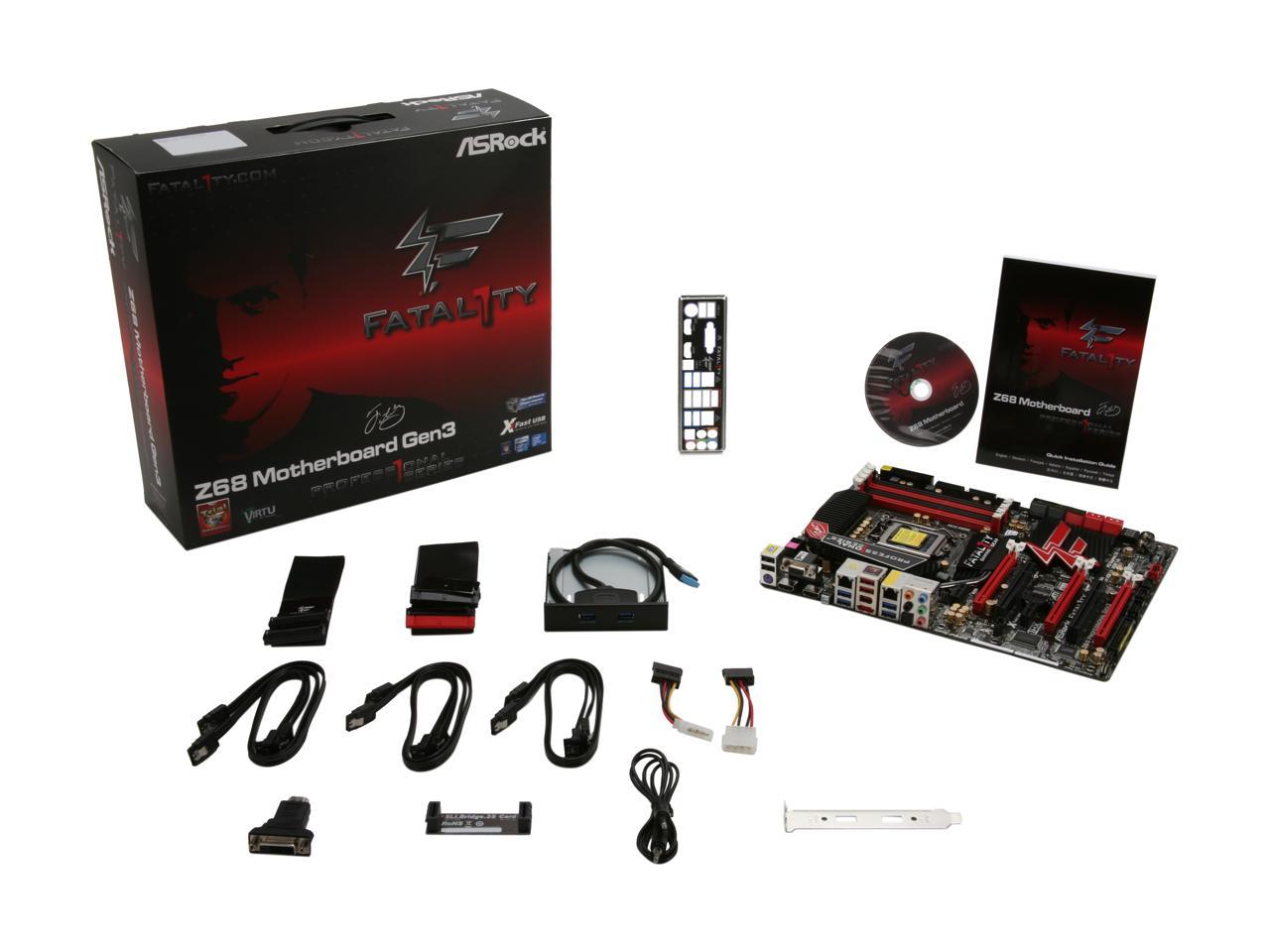 Born for gaming and overclocking, the ASRock Z68 PROFESSIONAL GEN3 delivers the ultimate throne for the Intel Sandy Bridge processor. The Next-Gen PCIe 3.0, beyond the original specification of Z68 chipset and Intel Sandy Bridge processor, is introduced to this motherboard by adapting PCIe 3.0 quick switch IC, gearing you up for the latest graphics card such as AMD 79xx series that employ PCIe 3.0 technology (PCIe 3.0 is available only when working with Ivy Bridge processor). Smart Response technology intelligently cache the frequently used HDD content on the SSD, allowing you to experience fast response similar to SSD-only system while simultaneously enjoy large capacity of HDD. Pros: Awesome board. Rock solid, tons of features, lots of I/O connections in the back. Can't go wrong with this for a high-end gaming or 3D workstation PC.

Pros: This may not be the place for this, but a post like this sure would have helped me. My computer is running at 4.5 GHz, on AIR, idling at 1.0 volts & 31c. 80F room temp. Full load w\Prime95 for 1 hour, max of 1.328 volts & 68c. Completely stable. The voltages are EXACTLY the same as running the preset Turbo 4.0 in the BIOS, except I'm running at 4.5 After a lot of reading and experimenting here's what I have for UEFI BIOS settings. In Advanced\CPU Config; Everything Enable\Auto except; No-Execute Mem Protection--Disabled In OC Tweaker; Everything at factory settings except; CPU Ratio Setting\Max Ratio--45 Spread Spectrum--Disabled Power Saving Mode--Disabled CPU Core Voltage--Offset Mode Offset Voltage-- +0.030 DRAM Configuration; Load XMP Profile--Profile 1 Everything else Auto except; Command Rate--1N I'm a programmer and nothing I do will run the system at full load on all 4 cores for anywhere near 1 hour. I think I should be safe for 24/7 usage.

Cons: None other than the time and effort spent to find the overclock settings listed above. Of course, if something dies, you can bet I'll post it here.

Pros: I don't know where to start. Visually it is gorgeous. I paired 16GBS of 2133 Ripjaw Ram from Gskill and the board detected the XPM settings immediately without issue. Not to mention the Red memory sticks go well with the color theme of the board. The BIOS settings are really easy to use. The external CMOS reset and the Dr.Debug digital display come in extremely handy for messing around with overclocking. The QUALITY of this board is amazing. It is not built cheap. You are definately getting your moneys worth. You can not get this quality from a competitor without paying $450-$500. ASROCK really out did themselves. Great Job!

Overall Review: for those of you who like the board but don't want the face of the gamer on the bios, the latest bios update allows you to change the EUFI picture to something else.

Pros: Lots of room for expansion: 8 USB, 10 SATA, even has a PATA connector so I didn't have to buy SATA DVD drives (many new boards don't). Debug LED is a nice feature if something is blocking you from booting. Highly O/C friendly. Good stability. Excellent USB 3.0 support.

Cons: Initially had trouble getting an internet connection (I have DSL service). Found out that the LAN drivers supplied on the DVD can be problematic. The solution was to get drivers directly from Realtek's website, after which everthing worked OK. The guy who supplied his name to the board really loves himself; puts his life story in the manual and plasters his face on the boot & setup screens (luckily both can be bypassed). Unfortunately there is nothing you can do about his face all over the manual.

Overall Review: If this guy's mug gets annoying, you can disable the boot logo and switch to an alternate setup screen without him on it. I suspect that this was the result of many users saying the hardware is great but they can't stand HIM. Also, at first I couldn't find the option to power on after power loss, which is handy for turning the computer off and on with the switch on a UPS or power strip. Then I found that this option was actually in the South Bridge section rather than the ACPI section where I am used to finding it.

Pros: This motherboard is a beast. I'm a pretty solid ASUS MB fan, but when upgrading my PC, I decided to try something different this time around, via some good reviews and recommendations I got, and it was very much worth stepping out of my comfort zone of companies. I'd say computer expertise level for installing this is beginner. They make it easy, so it's good for beginners who are trying to build their first PC *NOTE FOR BEGINNERS* The instruction manual included shows very easy to understand visual diagrams of what wires go where, breath and don't be intimidated.

Cons: I had a little trouble with the close together double-stacked SATA slots in my mid-tower ATX case. Being that the slots weren't pointed up (towards the side panel), but pointed towards the front panel (towards the hard drives), it made it difficult to connect to them. I'm considering getting a slightly full tower ATX case to make future installations and upgrades a bit easier, but that's the only problem I had; however, this isn't completely the fault of the motherboard's design, but rather the combination of motherboard/case design combo that made it difficult.

Overall Review: All in all, I'm very happy with my purchase. Together with my Intel Core i7-2600K Sandy Bridge 3.4GHz chip, and my G.SKILL Ripjaws X Series 16GB RAM, I was able to install Windows 7 Professional 64-bit in under 10 minutes (including reboots)....so needless to say, I'm not disappointed at all.

Cons: I would have given this board glowing reviews because everything worked great for the first few weeks. The problems began when a few weeks later when I found it necessary to reinstalled Windows 7. It was a titanic struggle to set a booting order to my devices, and for whatever reason the BIOS "lost" one of my hard drives, which is weird because in had previously when I first built it. Boot order of devices is about the most uncomplicated and obvious things that you should expect your motherboard to get right. I had to battle through 2 menus and tried several configurations just to get it to list all my devices. Now, after reinstalling Windows 7, the BIOS can't find one of my hard drives! I've tried a whole checklist of things but nothing seems to resolve this issue (plugging it in to different SATA, different BIOS configurations, making sure hard drive works in other system, etc.) Oh, and their tech support never replied to my em

Overall Review: The motherboard hardware seems solid enough, but the UEFI BIOS appears to be flawed. My computer is running, and runs well. But I couldn't configure things like I wanted. What a disappointment.

Pros: Things that made me choose this board: 10 SATA ports. Legacy support: Ports for IDE, Floppy, and PS2. Easy to use, mouse-driven bios. Was able to successfully overclock my i5-2500K from 3.3 to 4.4 with two clicks. Video ports to run my third and fourth monitor. PCI-e 3.0, USB 3.0., SATA III. Good price/feature ratio. Good reviews all over the 'net.

Cons: 1. It was a disappointment to find that the ASMedia controller that adds 4 of the SATA III 6 Gb/s ports doesn't support RAID, so of the 10 SATA ports, only two SATA III and the 4 SATA II ports allow RAID. 2. Like my previous DFI motherboard, this one has a two-digit alphanumeric display that shows both what the motherboard is currently doing, and errors codes. On the DFI board the display was located in the bottom left corner, such that I could conveniently see it through the side case fan. On this Asrock board, it's located just to the right of the second PCI-e x16 slot, where it is completely covered by the end of my second video card.

Overall Review: The layout is good, be aware though the main power is at the top.