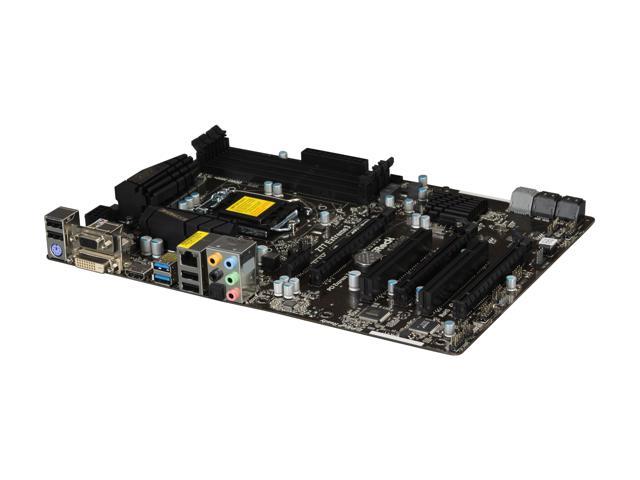 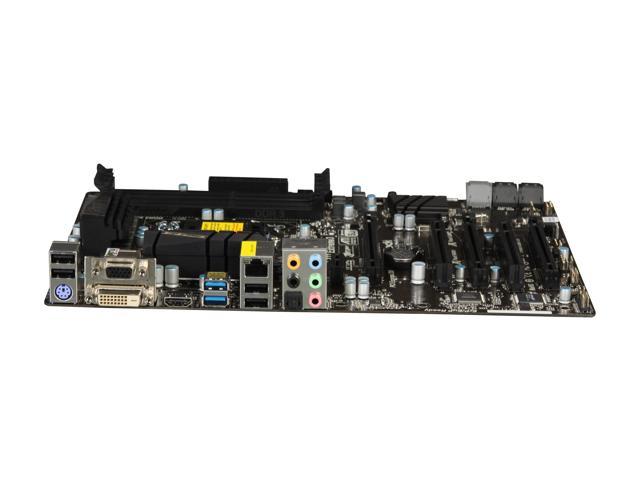 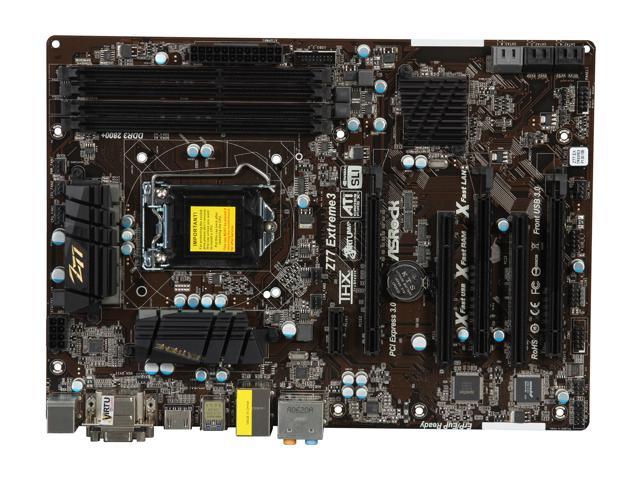 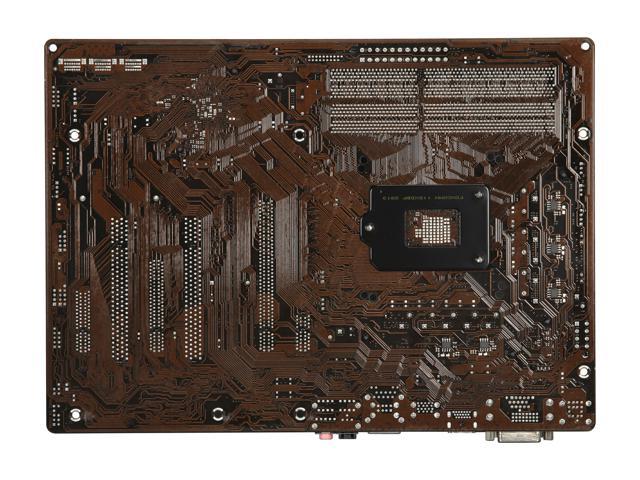 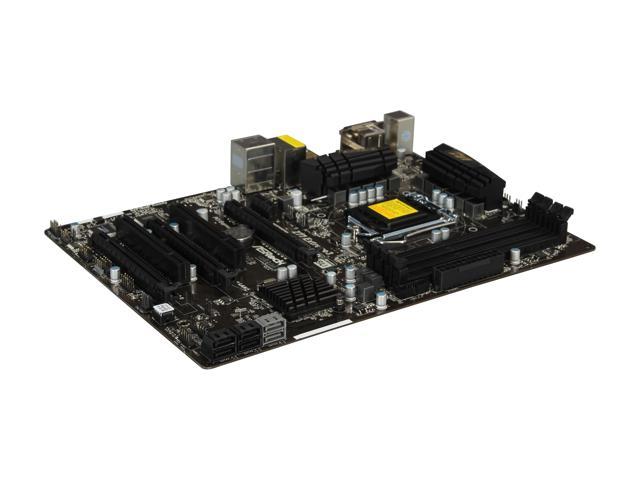 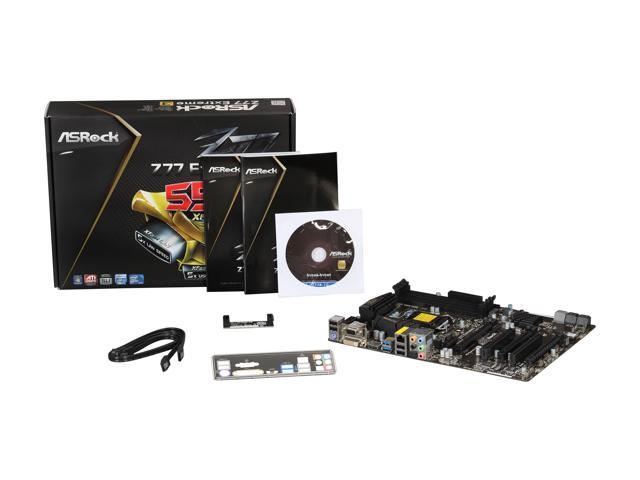 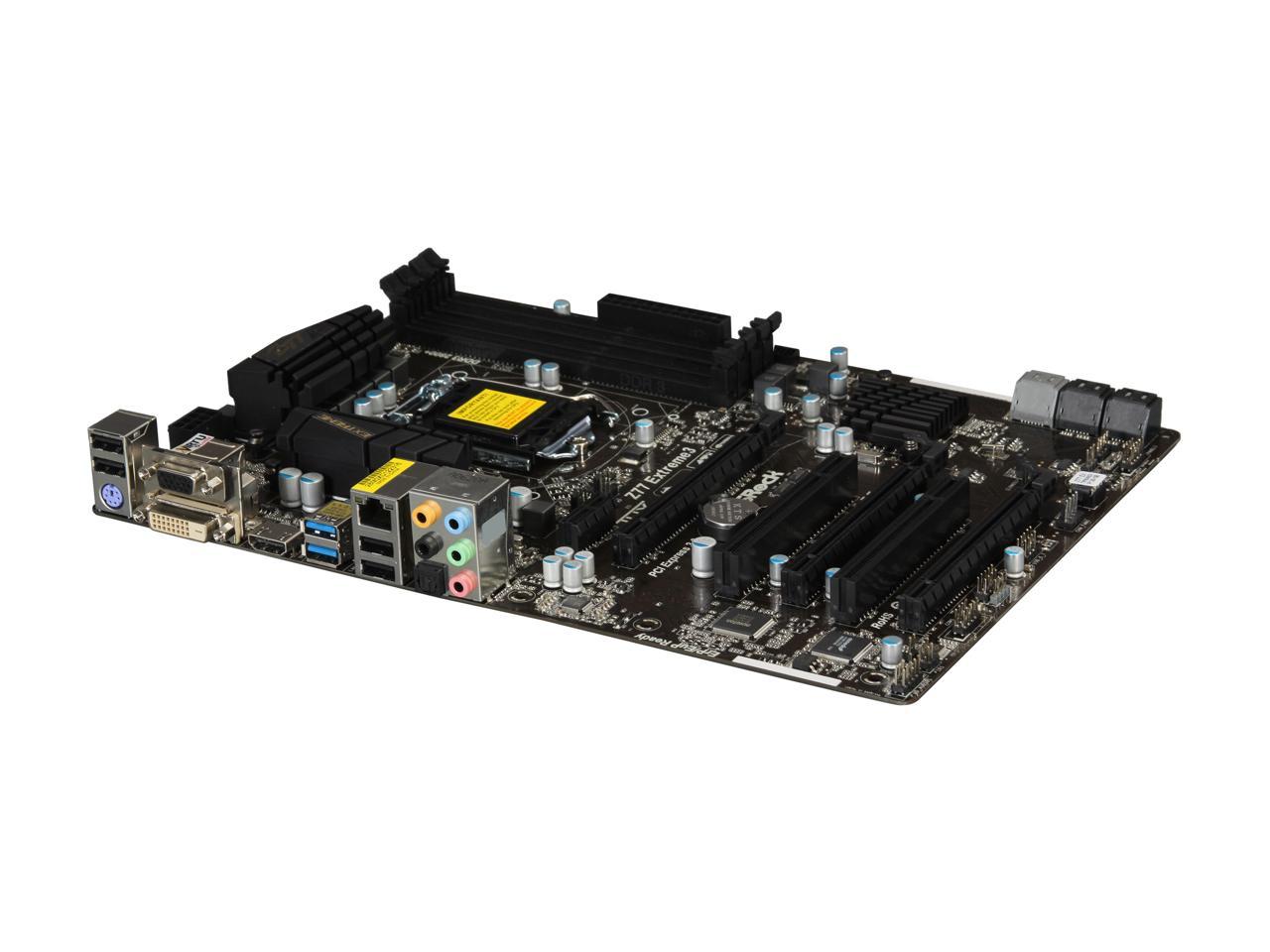 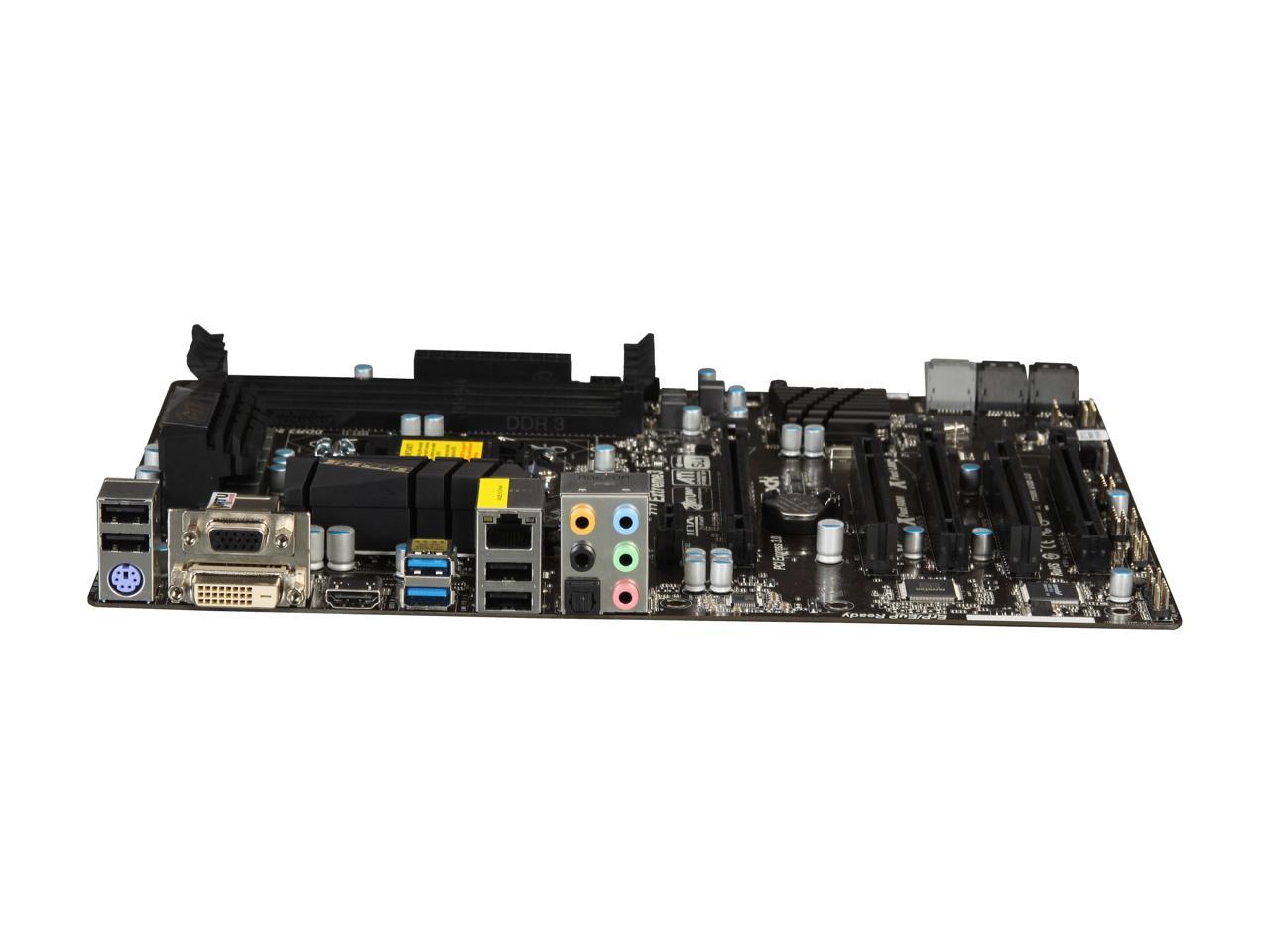 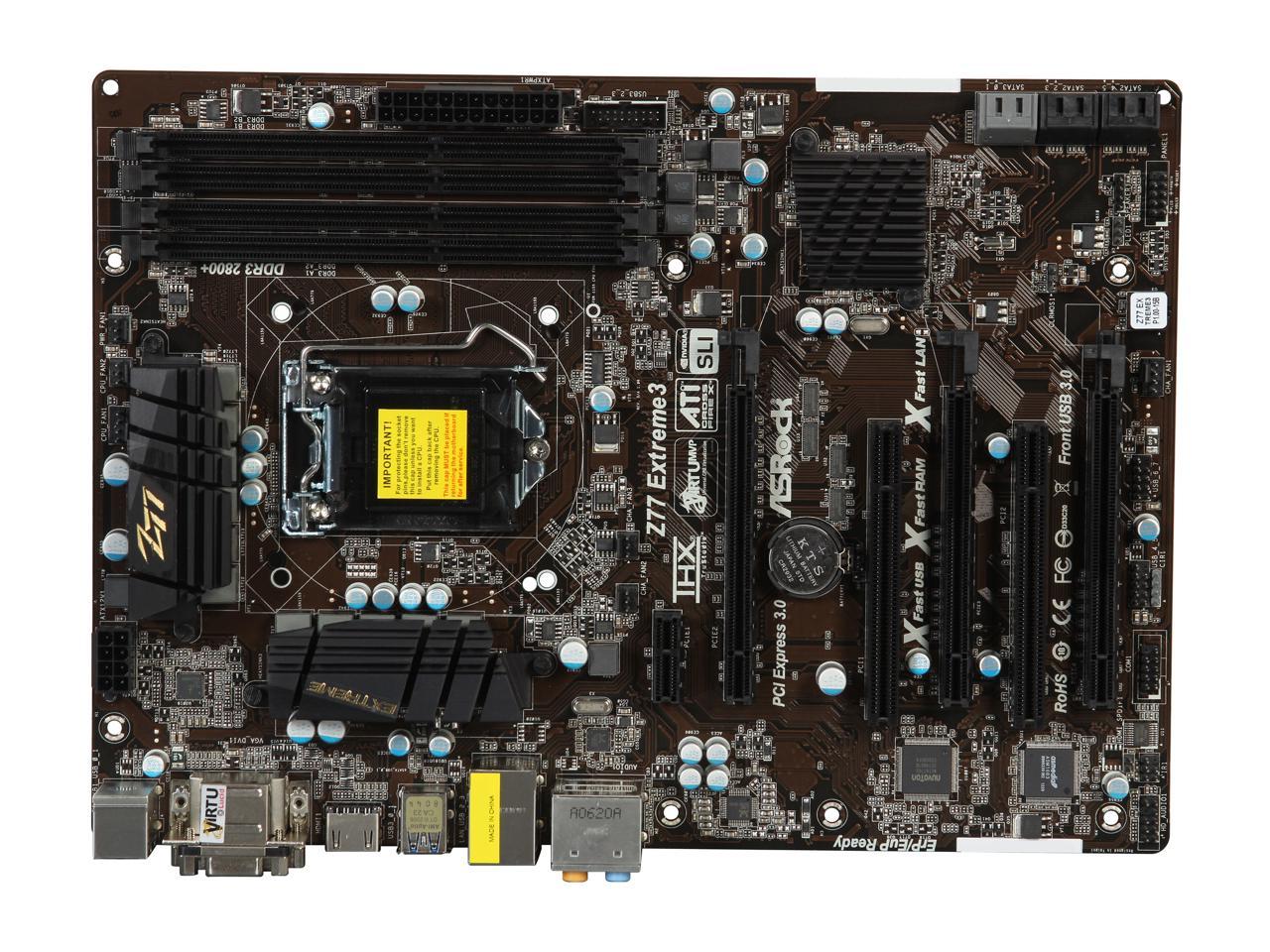 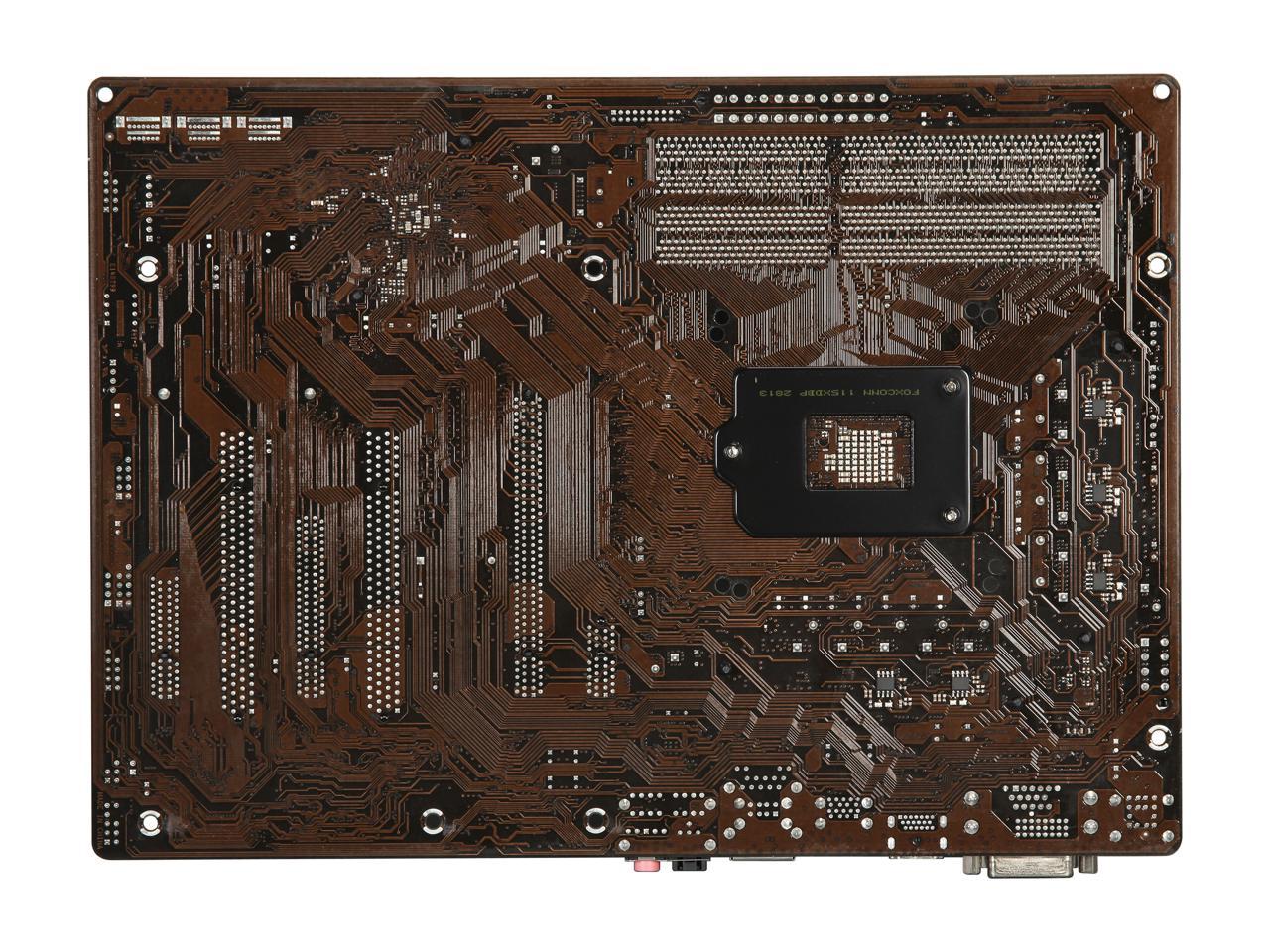 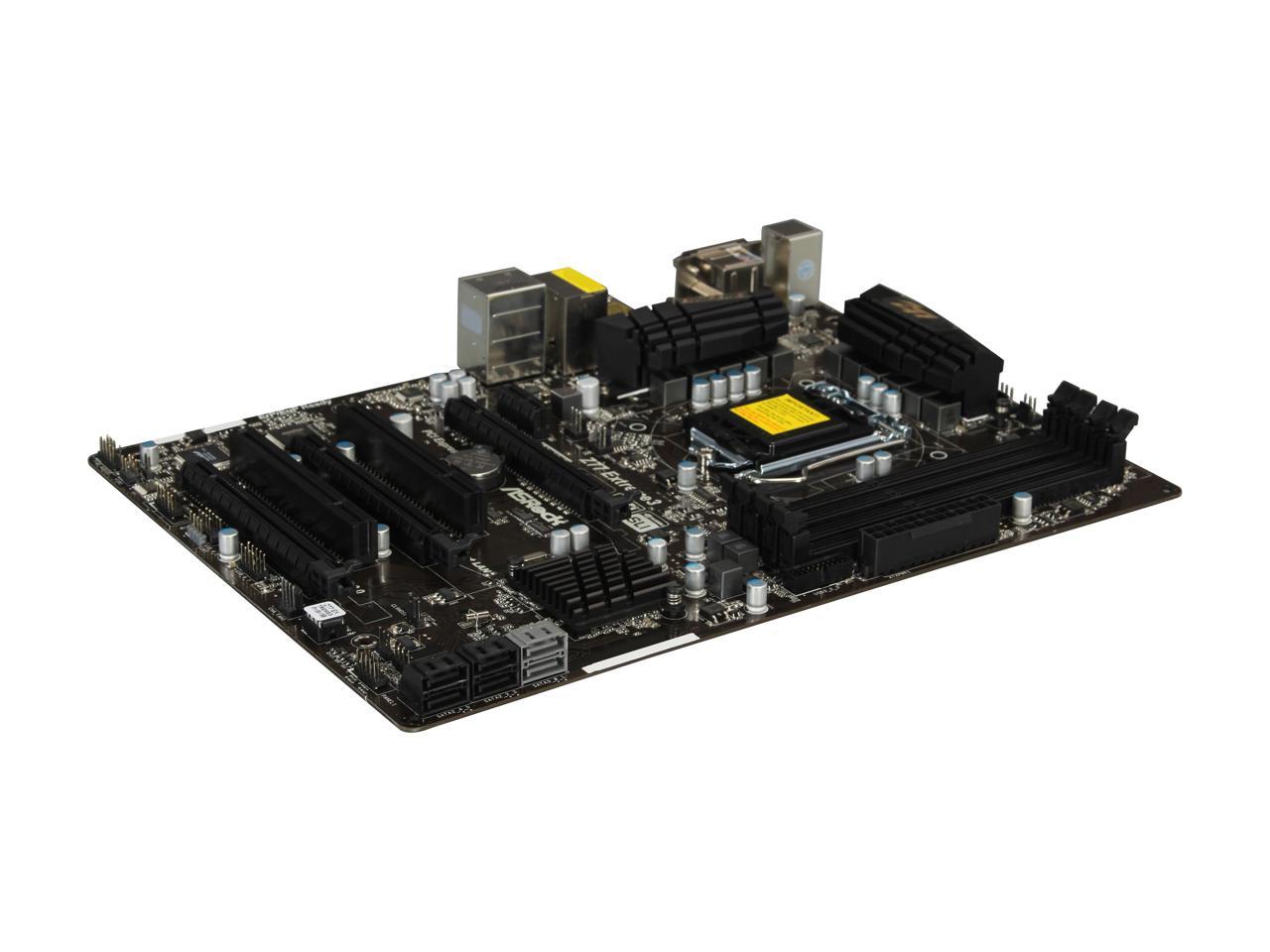 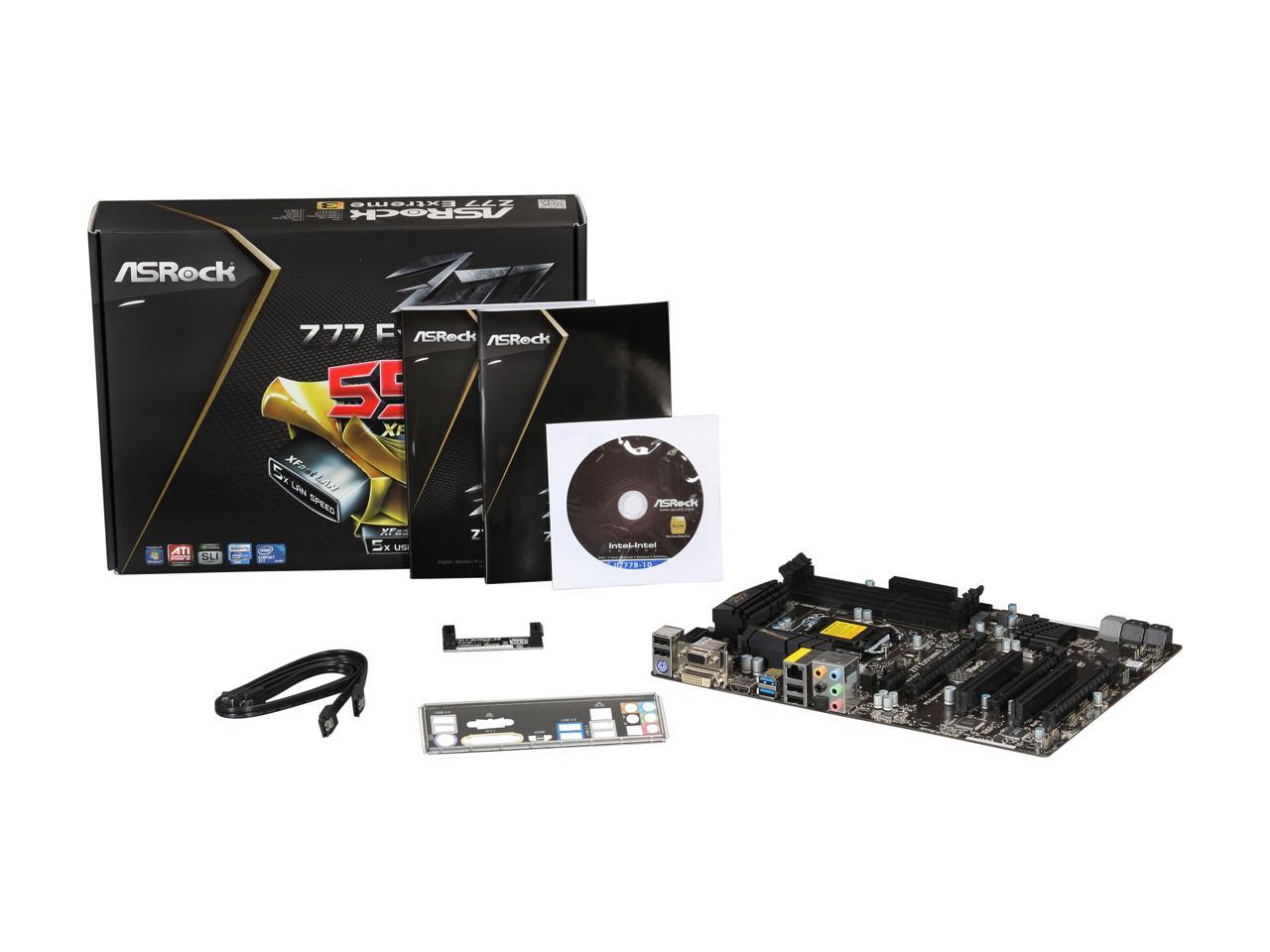 Digi Power
More Precise, More Efficient
Unlike traditional motherboards that use analog power, this motherboard uses a next generation digital Pulse-Width Modulation (PWM) design, which provides CPU Vcore voltage more efficiently and smoothly, so that the stability and lifespan of the motherboard is greatly enhanced.

8 + 3 Power Phase
This motherboard is designed with an 8 + 3 Power Phase design. It features sturdy components and completely smooth power delivery to the CPU. Plus, it offers unmatched overclocking capability and enhanced performance with the lowest temperature for advanced gamers as well. 1. HyperFormance™ - Optimized Game Responsiveness:
Game responsiveness is all about how fast your eye ? brain ? mouse click ? game response behaves. When interacting with your computer, the responsiveness is a key factor to your productivity and overall systems experience. When it comes to playing games, especially fast moving ones like First Person Shooters, responsiveness becomes critical for both mastering the game and enjoying and immersive experience.
HyperFormance intelligently removes redundant rendering tasks within the graphics pipeline, the CPU-GPU-Display system.

2. Virtual Vsync™ - Resolve the Everlasting Debate Between Quality and Performance:
Lucid's Virtual Vsync technology takes visual quality and performance to the next level. A proprietary solution for Virtu Universal and Virtu MVP, Virtual Vsync enables games to run at any FPS, with no image tearing, stuttering, lags and latency artifacts. HDMI™ - High-Definition Multimedia Interface
This motherboard supports HDMI™ - High-Definition Multimedia Interface - which is an interface standard for transferring uncompressed video data and delivering multi-channel audio through a single cable. Both video and audio data signals transferred through the HDMI™ interface are digital without being converted into analog, therefore it delivers the richest pictures and the most realistic sounds.

ASRock Online Management Guard (OMG)
Fast, Easy and Free – ASRock OMG technology allows you to establish an internet curfew or restrict internet access at specified times. Administrators are able to schedule the starting and ending hours of internet access granted to other users. Normally, ISPs (Internet Service Provider) will charge for internet curfew service, which controls "all" the PCs connected at home. However, ASRock OMG is a free tool for controlling internet access of each single PC. Parents can easily control internet access through the BIOS setup to protect their kids from using the Internet at inappropriate times, and meanwhile, enjoy their own internet space.

Internet Flash
Updating the UEFI is easier than ever with ASRock Internet Flash! Simply by a few clicks it searches for available UEFI firmware updates from ASRock's servers, then it automatically downloads and flashes the latest UEFI file within the UEFI setup utility without having to enter Windows® OS. Free Bundle - Cyberlink MediaEspresso 6.5 Trial
CyberLink MediaEspresso 6.5 trial now supports hardware transcoding and is optimized to accelerate conversion of all your favorite media files for your favorite portable players. Now you can easily display your favorite movies, songs and photos on iPhone, iPad, PSP, Xbox, Youtube, Facebook, etc. Compile, convert and enjoy images and songs as much as you want and enhance your videos to new levels with TrueTheater Technology. Try it today! Pros: Everything is where it needs to be, it's got potential for expanding with pcie 16x, 8x if you ever want to expand.

Cons: Ram slots are close to your CPU, if you have an aftermarket CPU heatsink it might get into the way of your ram slots (especially if you have a heat spreader on your ram). Also, the screw positions aren't standard atx, they removed all of the screw points on the right of the board and added 2 to the middle and left. This makes the right side of the board feel a bit flimsy when putting in cables. But it doesn't hinder anything if you're careful.

Overall Review: I'm an entry level gamer and this my first build. For the price and the quality (so far, 1 month) its great. :)

Pros: Initially set this board up with an i7-3770 (non K), lets me OC the non k CPU and runs it perfectly at 4.2 GHz, all cores. I also have the Extreme4 and Extreme6. This board is the same size as the Extreme4, just lacks the ASMedia controlled Sata III ports. As always, when a board arrives, I check for bent pins, these were perfect. Everything booted first time, out of box build. Interestingly, the BIOS is version 1.10, this version is NOT on ASRock's website. They have 1.0, 1.2 and all the way to 1.5. I'm giving this 1.1 a try for now, I don't run windows 8, but it appears you need to upgrade to 1.2 to support windows 8, or perhaps, just some of the features of windows 8.

Overall Review: This board was purchased with the intention of upgrading the hardware in my WHS2011 server. I had read where these desktop boards would load the intel USB 3.0 drivers, when trying to install in WHS2011. The ASRock installation failed, so did the Intel installation when I went directly to the driver folder on the included DVD. The drivers installed in WHS2011 by going to the device manager, and selecting to update the unknown devices by pointing them to the drivers folder/sub folders. All devices loaded as they should and all function as they do with windows 7. Windows Home Server 2011 boots so fast on this setup that I do not see the 'Microsoft Windows' and those green bars, it goes from the ASRock boot screen, to blank screen to ctrl alt del screen in about 10 seconds. OS is loaded on a Samsung 830 128GB SSD. This is my 4th ASRock board, and none have disappointed. Actually neither have either of the two ASUS boards or the MSI board, but feature for dollar, these ASRock boards are hard to beat.

Pros: This motherboard was easy to install and set up. The bios is very noob friendly, you can user the mouse and it has a cute GUI that shouldn't intimidate newer users. The options on it are great: the overclocking utility has gotten my 2500k to 4.5ghz on 1.3v with ease, stable after 8 hours of prime 95. Everything is clearly marked on the motherboard and I had no problems with this unit so far.

Cons: I can't think of any now, if I do later I will review this review.

Pros: works with everything I got 2 PCI 3.0 slots looks great speedy sata 3 and usb 3.0

Cons: construction is a bit weird, doesn't fit properly to the case is the main problem. too many unwanted software that came with it

Pros: I've had this board running my whs2011 server for over a year now and like the other three ASRock MB's I have, it's rock solid. Perhaps it is the low price point catching the eye of a new PC builder with little to no experience, IDK, just know ASRock is alright by me. This board in particular is a great value, hard to find a sub 100.00 board with SLI, and they wisely put the PCI-e in a spot where the GPU won't interfere like so many others.

Cons: Due to the board being narrower than some, it doesn't have support on the edge opposite the I/O panel. If this bothers you, or you are ham fisted, you can get standoffs to support the edge of the board.

Overall Review: Buying a second on of these boards for a spare for my 1155 systems, not many options these days for LGA 1155 ATX boards.

Pros: BIOS looks nice and easy to navigate. P/S 2 Port USB 3.0 Port Not sure what DuraCap really means, only time will tell.

Overall Review: One bent pin in the corner of LGA1155 socket, but I am not putting this as a con, apparently this has to be my fault by default. I didn't even bother calling them and beg for a replacement after seeing other people having the pin problem, because I know they will call me a "dear valuable customer" then lecture me on their warranty policies and how cpu socket is fragile, brah brah brah, 100% tested (only the sampled board is 100% test? or 100% of shipped product tested with minimal requirement?). Spent another 30 dollars on magnifying glass and tweezers, and 2 hours of labor fixing a bent pin. It worked, just bad luck. Now if something else like the PCI-e doesnt work, I cant even RMA because of it. and, No, dont ask me to contact you, ASRock, unless you have something real to offer, or else our business is finished on the day when the board arrived damaged.

Cons: The motherboard came with the couple of crushed CPU socket pins. Real bummer. Newegg asked for the photo of the crushed pins and then denied RMA request indicating they don't cover defective hardware. They suggested I need to work with the manufacturer instead. When I contacted them for the explanation, they refunded me $15 for $109 item and told to work it out with the manufacturer. I just submitted photo of the bent chip and the motherboard to ASRock, but ASRock rep just told me they may or may not cover the physical damage under warranty either. Hopefully, everything works out.

Overall Review: We will see how it turns out, but I am surprised how Newegg is handling this situation. I will update once I hear from ASRock.

Manufacturer Response:
Dear ASRock Customer We sincerely apologize for any inconvenience this may have caused you. Sorry to hear mainboard's CPU socket pins has damaged. The CPU socket pins on the mainboard are fragile and need to be handling with carefully. In addition, the CPU socket is covered with the cap to avoid damage the pins and should not be removed until installing a CPU. Damaging socket pins should considered as physical damage, please refers to RMA policy at " http://www.asrock.com/support/index.asp?cat=Policy ". If you have any technical questions or warranty issues please contact our Tech Support at http://www.ASRock.com/support/tsd.asp. We can assist you shortly. Thank you ASRock SUPPORT Tech Support Email: user@ASRockamerica.com
Philip K.
Ownership: 1 month to 1 year
Verified Owner
Bad support4/18/2013 5:15:11 AM

Cons: Didn't work out of the box. Had bent pins like several other posts say here. Not a big deal normally, you can expect some percentage of parts won't work out of the box. But normally, the company will replace it when that happens. ASRock support said they don't replace boards with bent pins, but they would do it for a $50 fee. When you add shipping to that, it comes out to about the value of the board. So no, I won't be buying a new board for $50 -- if I'm going to buy another board, I'll use another company that I trust.

Manufacturer Response:
Dear ASRock Customer We sincerely apologize for any inconvenience this may have caused you. ASRock mainboards are fully tested to assure that they're working before shipped. The CPU socket pins on the mainboard are fragile and need to be handling with carefully. In addition, the CPU socket is covered with the cap to avoid damage the pins and should not be removed until installing a CPU with carefully. Unfortunately, the bent pins considered as physical damage and may affect the warranty. ASRock mainboard come with limited warranty under RMA policy at " http://www.ASRock.com/support/index.asp?cat=Policy". As always, we appreciate your purchase and constructive reviews are welcome. Thank you ASRock SUPPORT Tech Support Email: user@ASRockamerica.com