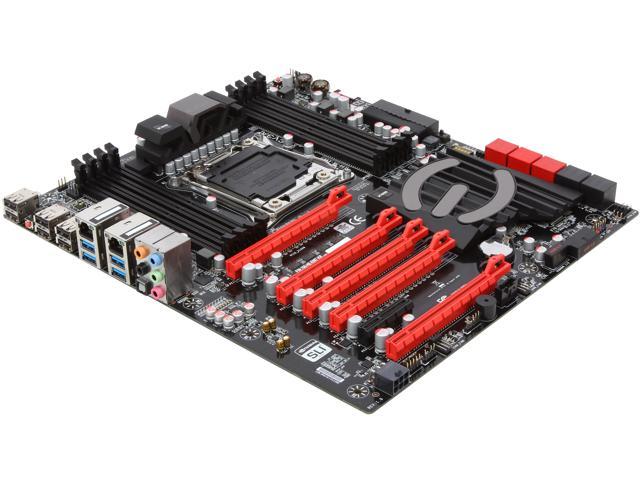 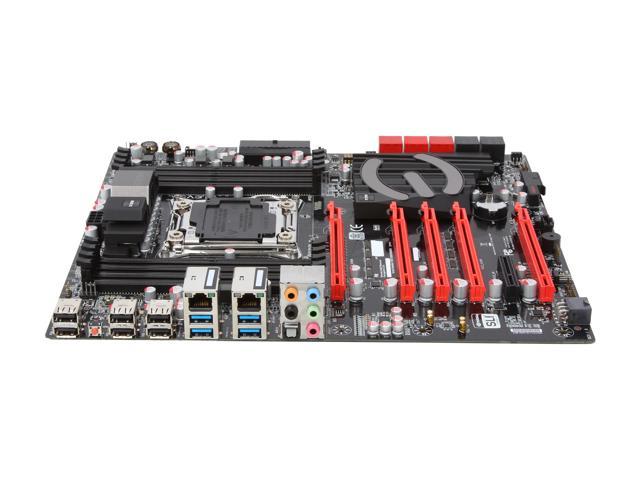 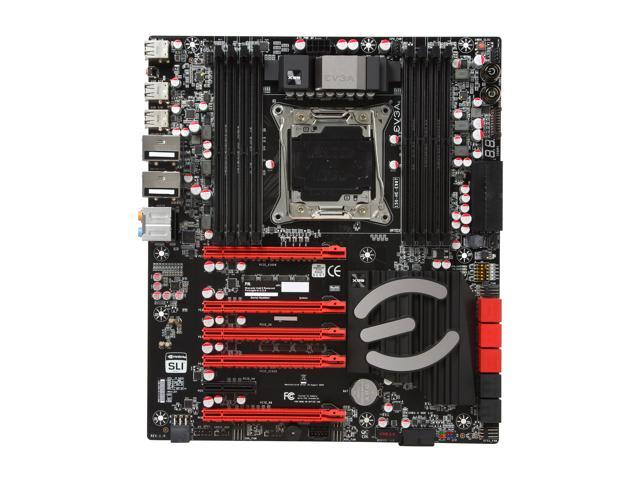 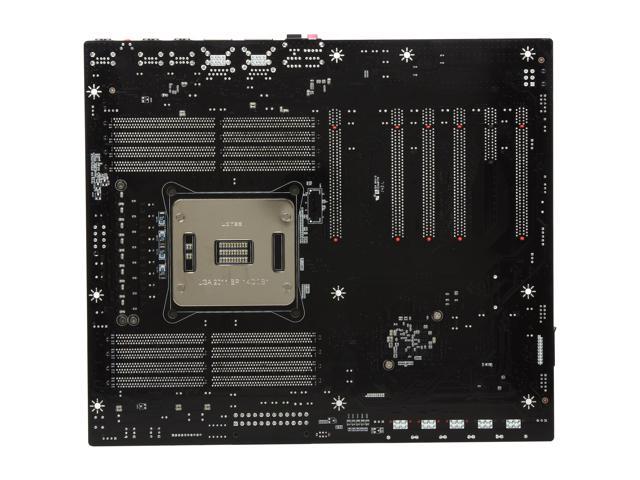 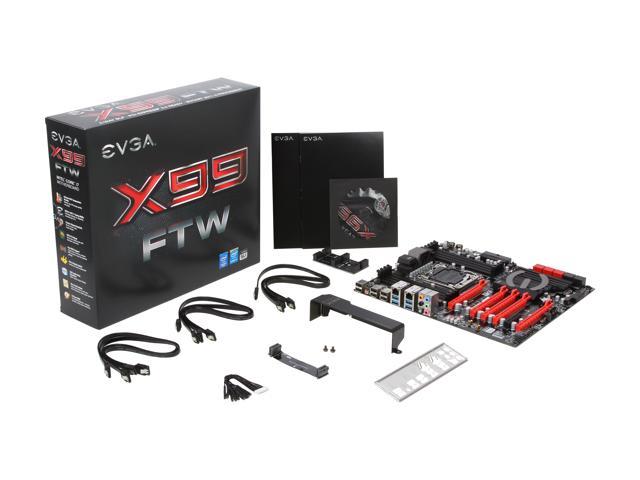 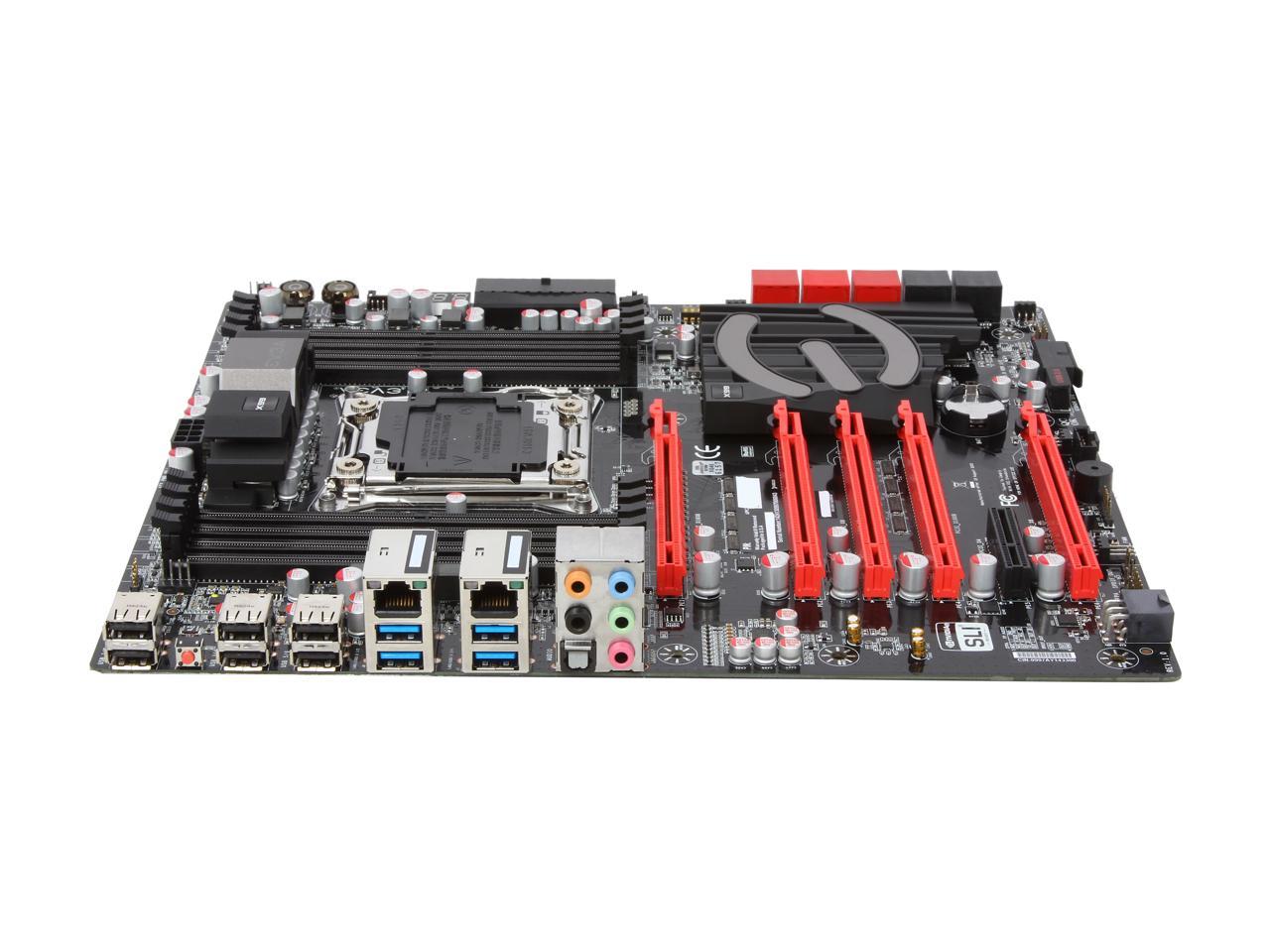 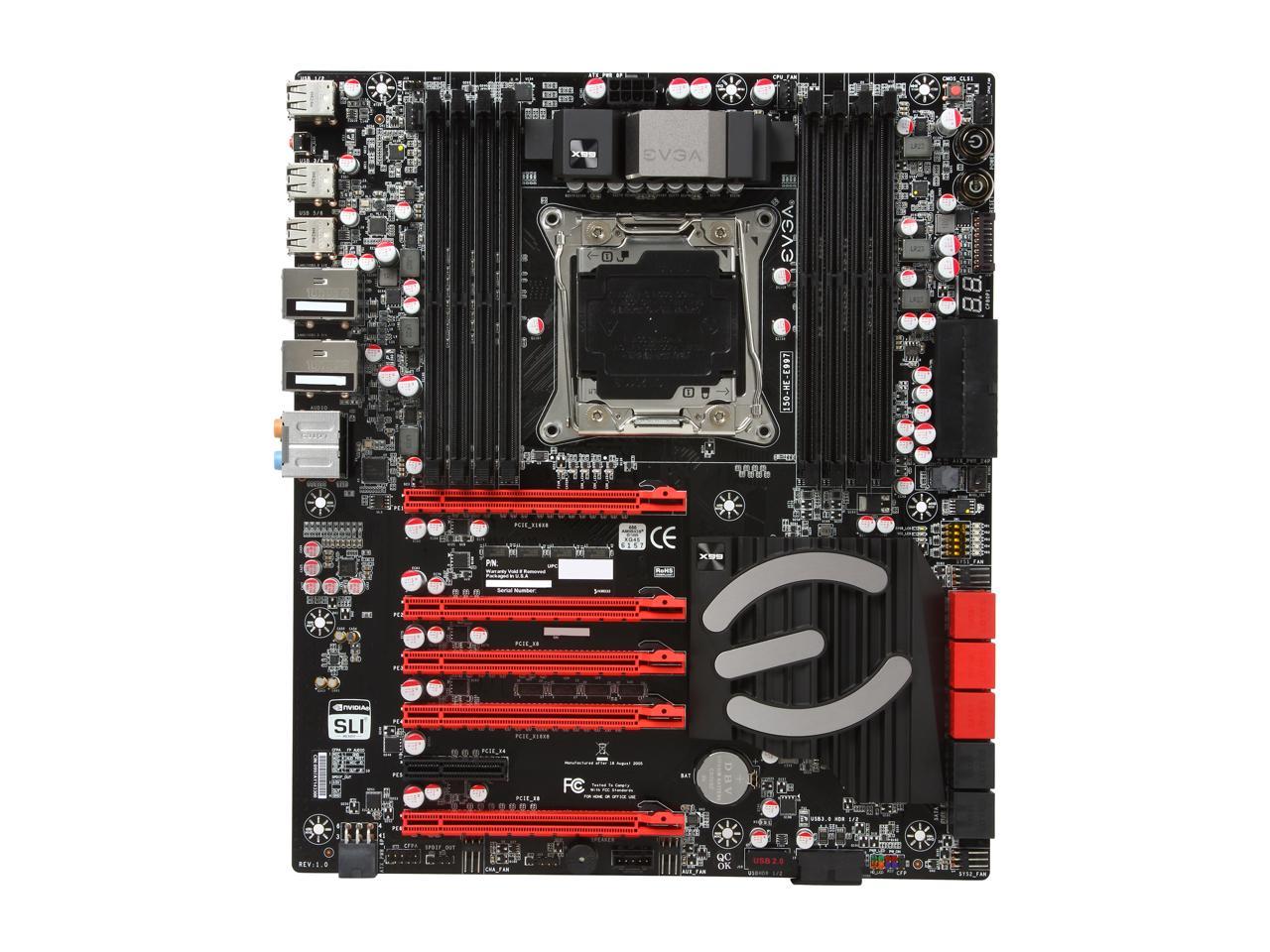 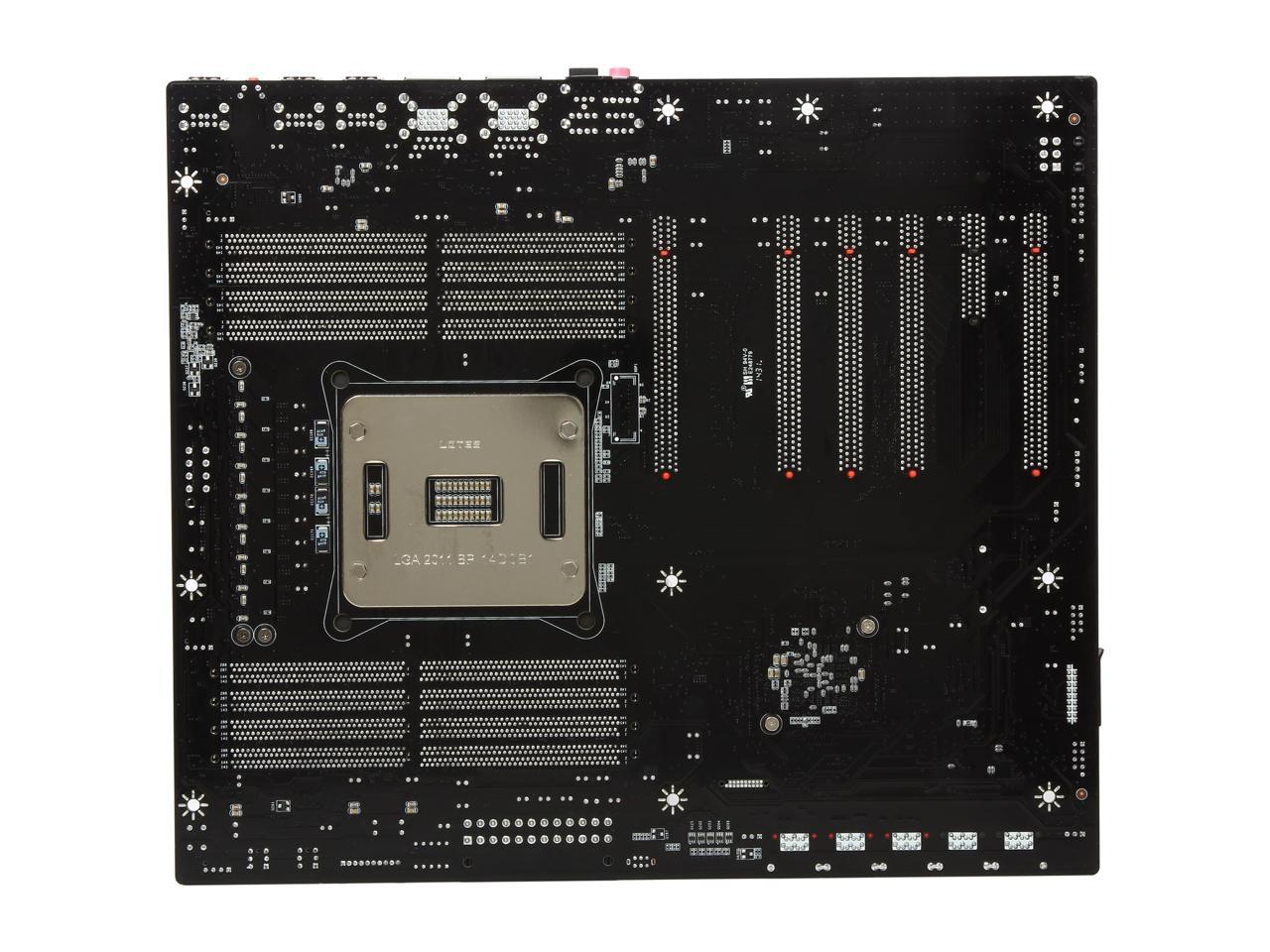 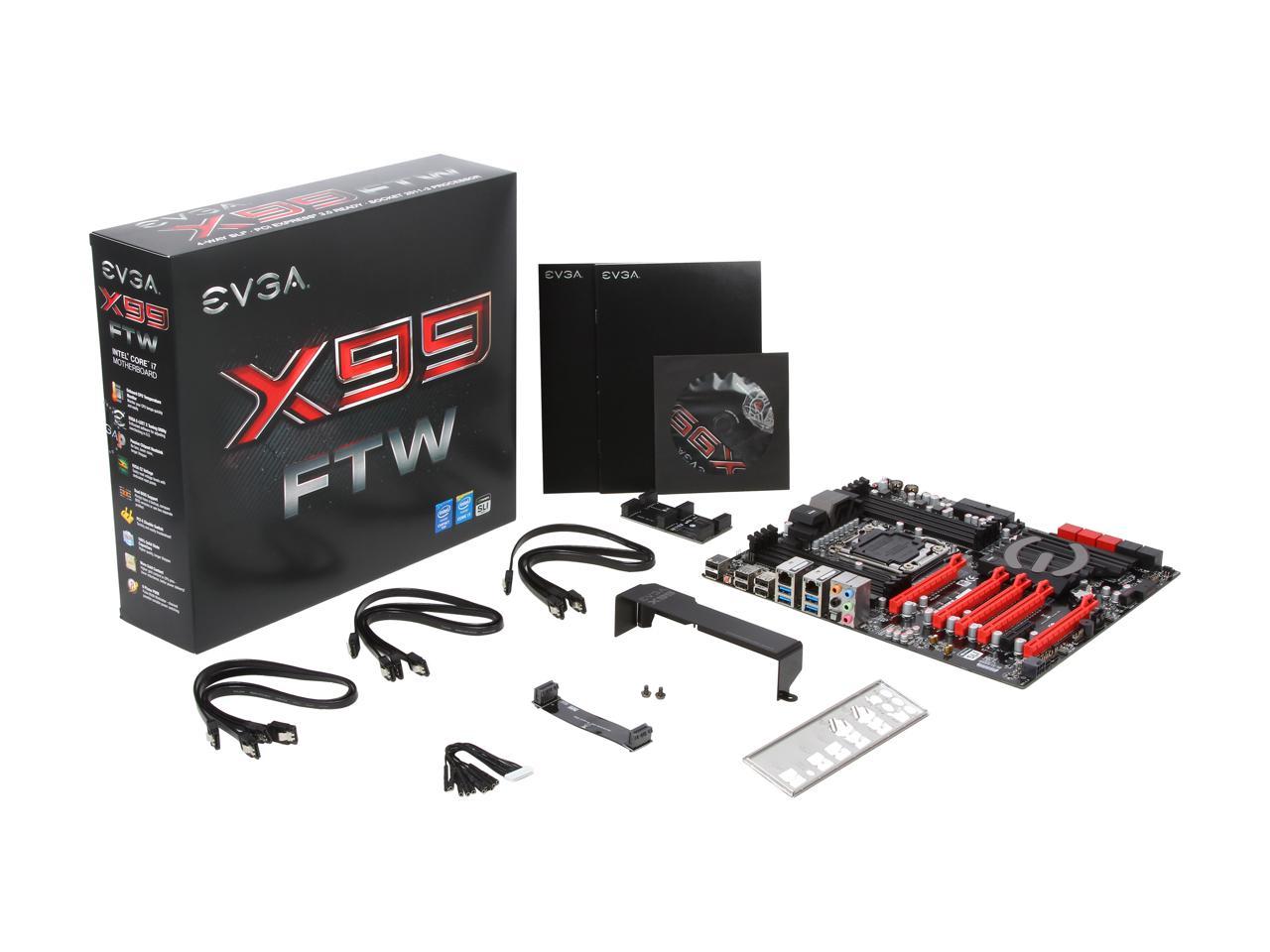 (17) Write a Review
OUT OF STOCK.
Please note that this product is non-returnable and non-refundable.
Overview
Specs
Reviews

The EVGA X99 FTW was engineered from the ground up to be the best overclocking motherboard on the planet. It all starts with power. A highly efficient 8-phase Digital VRM providing the cleanest power possible to the CPU possible, fed through a CPU socket that has 1.5X the amount of gold content. A total of 8 DIMM slots support up to 128GB of DDR4 memory, and a 4 layer memory T-routing design allows for extreme memory speeds such as 3000MHz+ (OC). The PCI-E layout is optimized for improved lane distribution and better performance, and with native support for NVIDIA 4-way SLI, this is the ultimate platform for the enthusiast. Higher volume of precious metal (Gold) used in the sockets greatly improves the conductivity and produces a cleaner signal due to less resistance/impedance. The X99 FTW features 150% more gold than the standard X99 Socket. No need to remove a card when testing, instead you can disable the slot with a dip-switch, this can greatly reduce the time spent in troubleshooting , as you do not need to disassemble anything to isolate PCI-E components. The X99 FTW is rated for 4 Way SLI to handle the most demanding video loads. Not having the main power for the board facing perpendicular makes it easy to get the cables routed well and out of the way. The X99 FTW comes preloaded with dual BIOS for ultimate protection. Whether you pushed a brink OC until; it is not bootable, or you suffered a power outage during a BIOS flash, you can always switch to another BIOS, boot as usual, then if desired, hot-flash the faulted BIOS. A 8 Phase PWM helps to ensure that the power reaching the processor is clean and stable. These motherboards also feature EVGA's new GUI BIOS that focuses on the best overclocking support, functionality, and are straight and to the point, the way a modern BIOS should be.