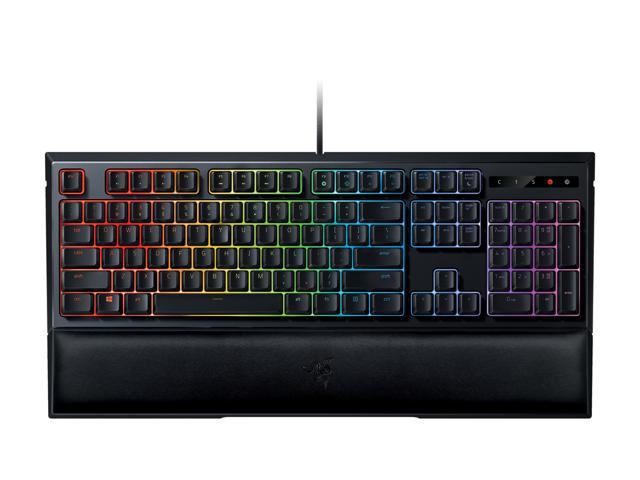 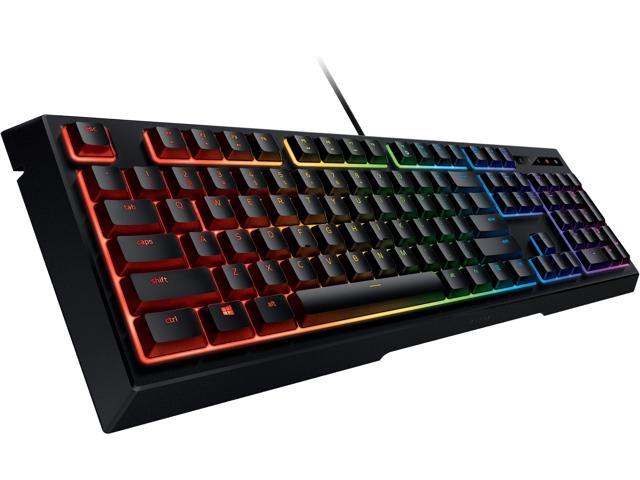 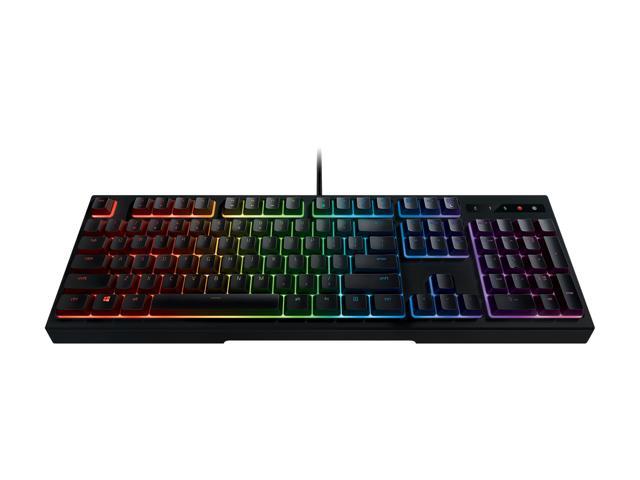 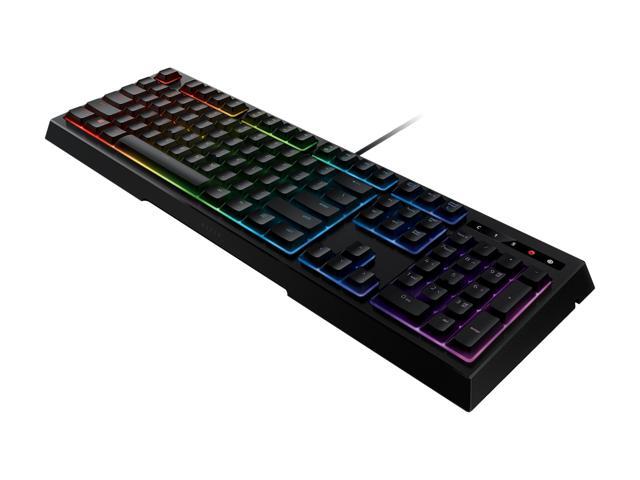 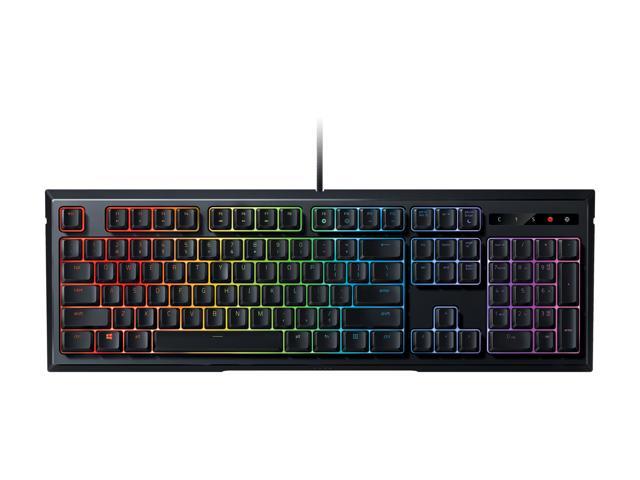 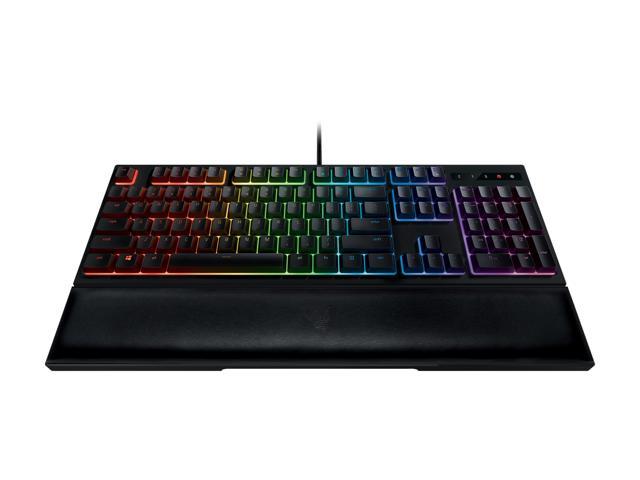 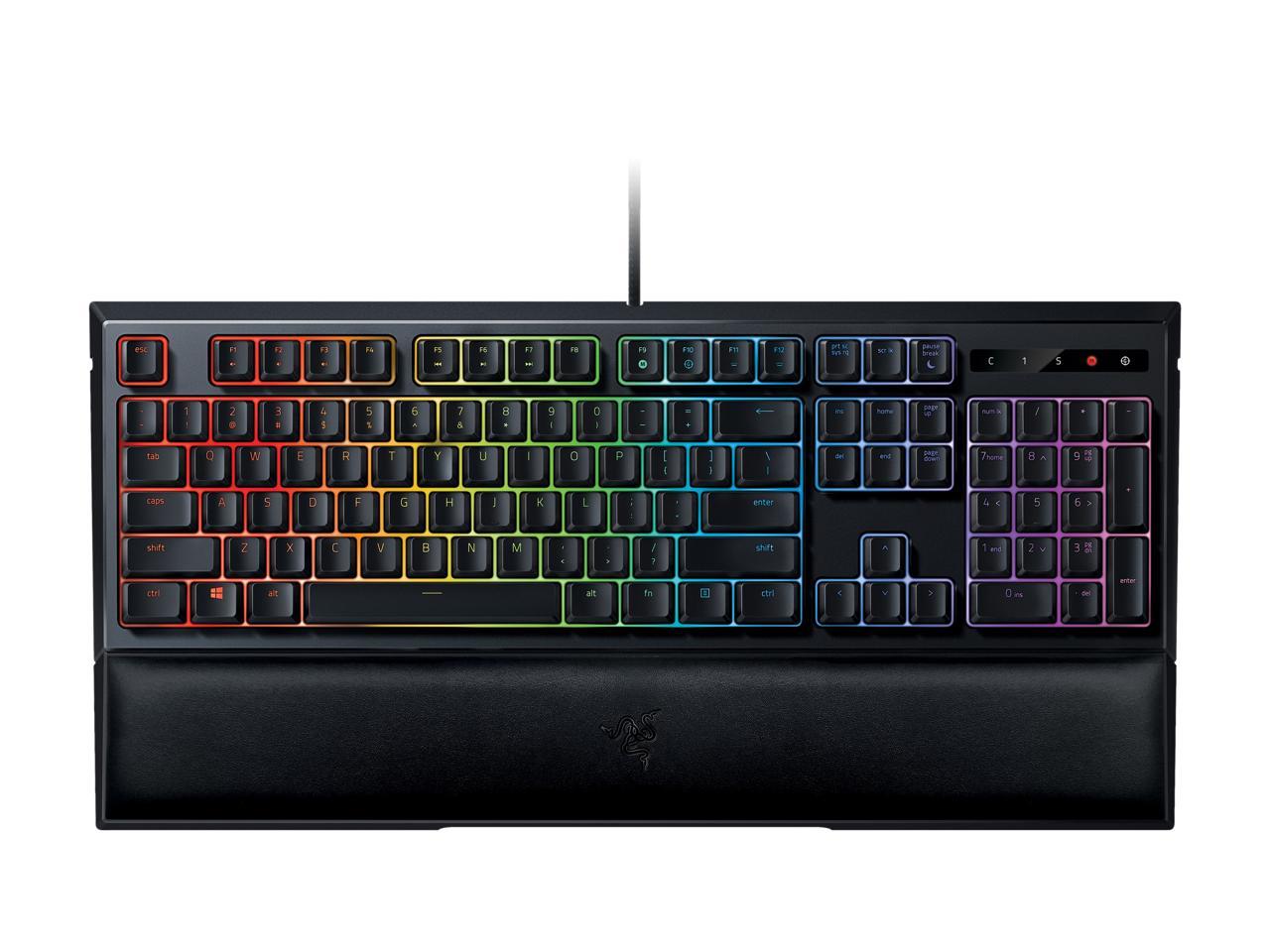 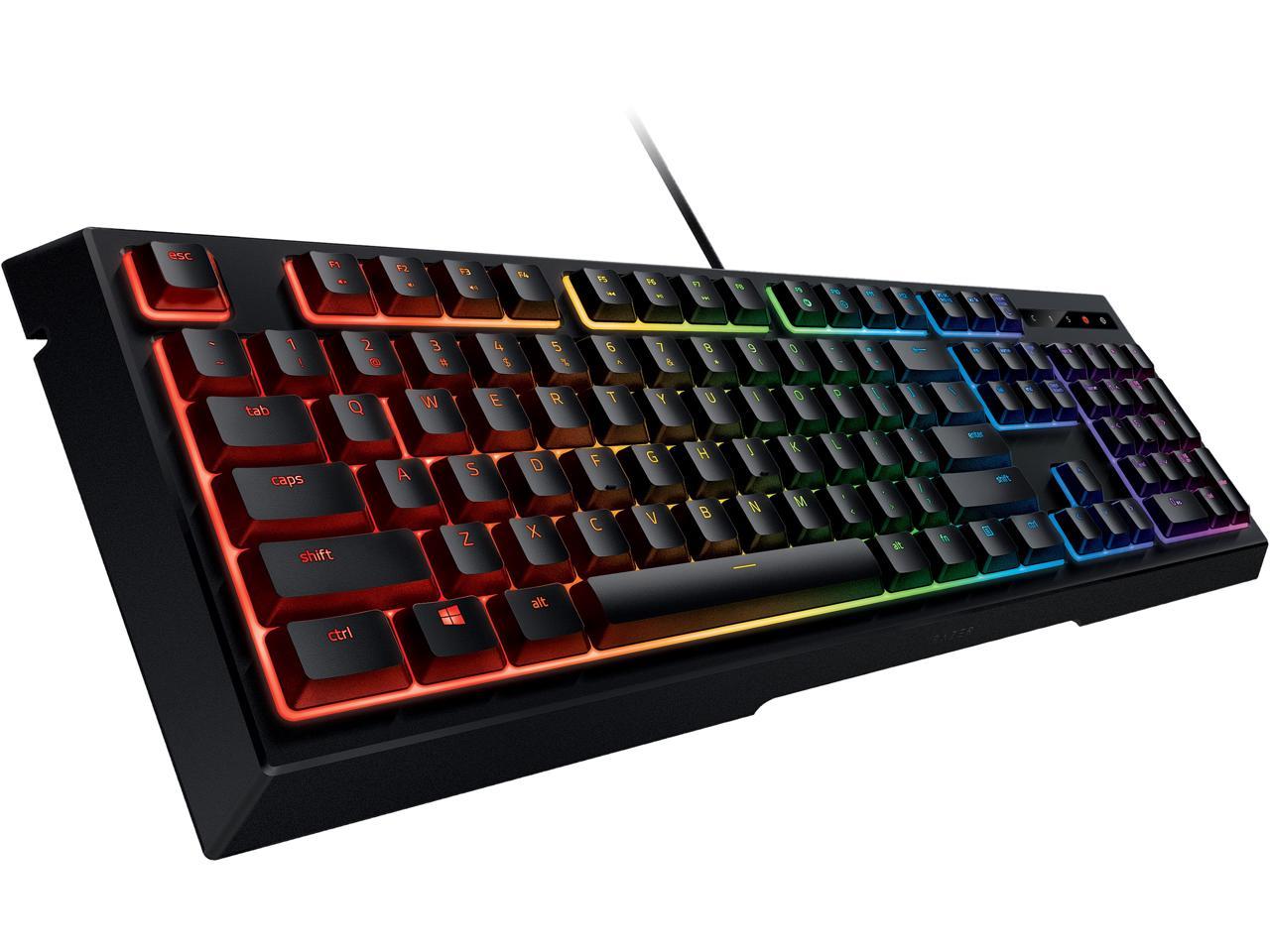 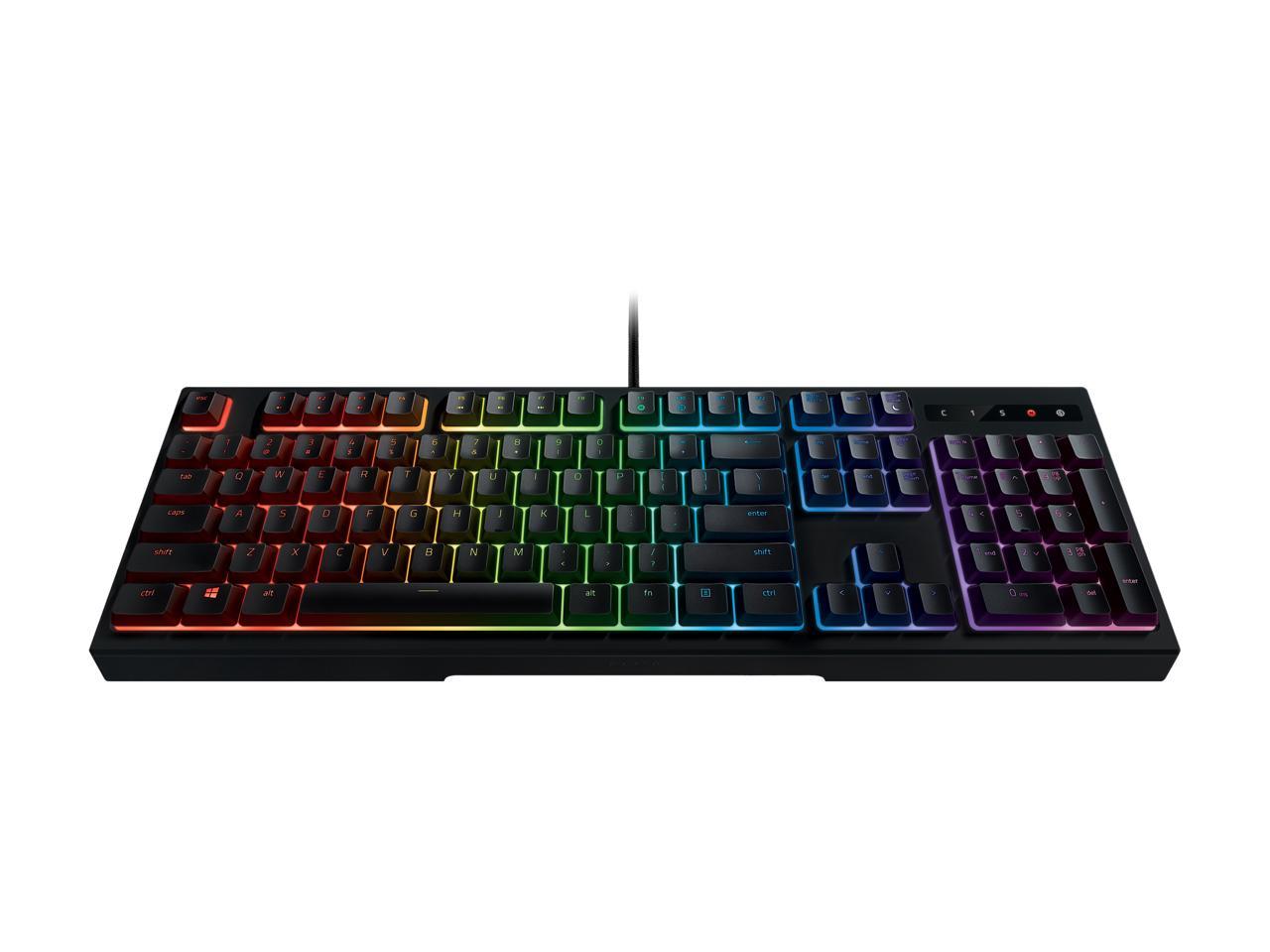 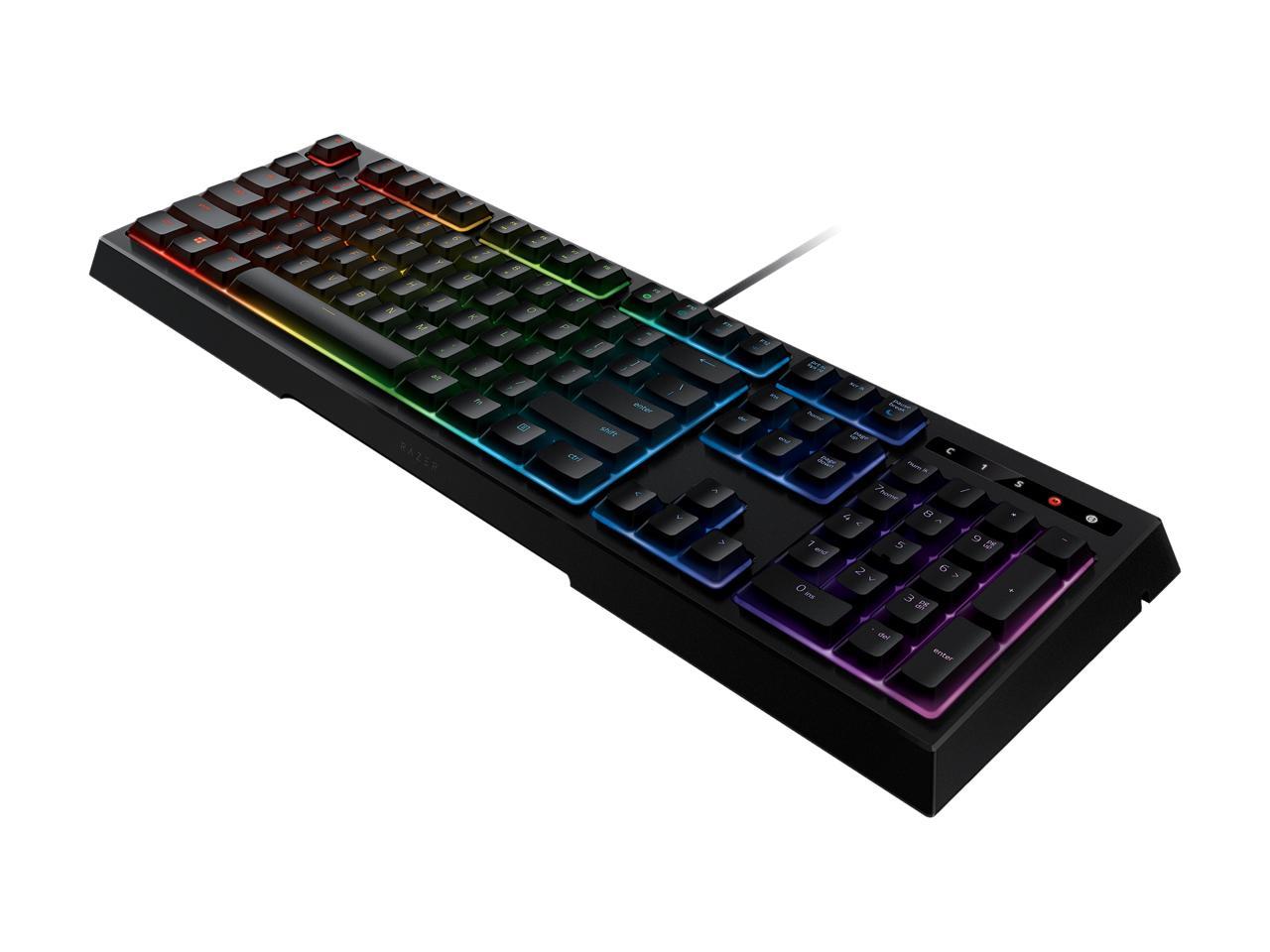 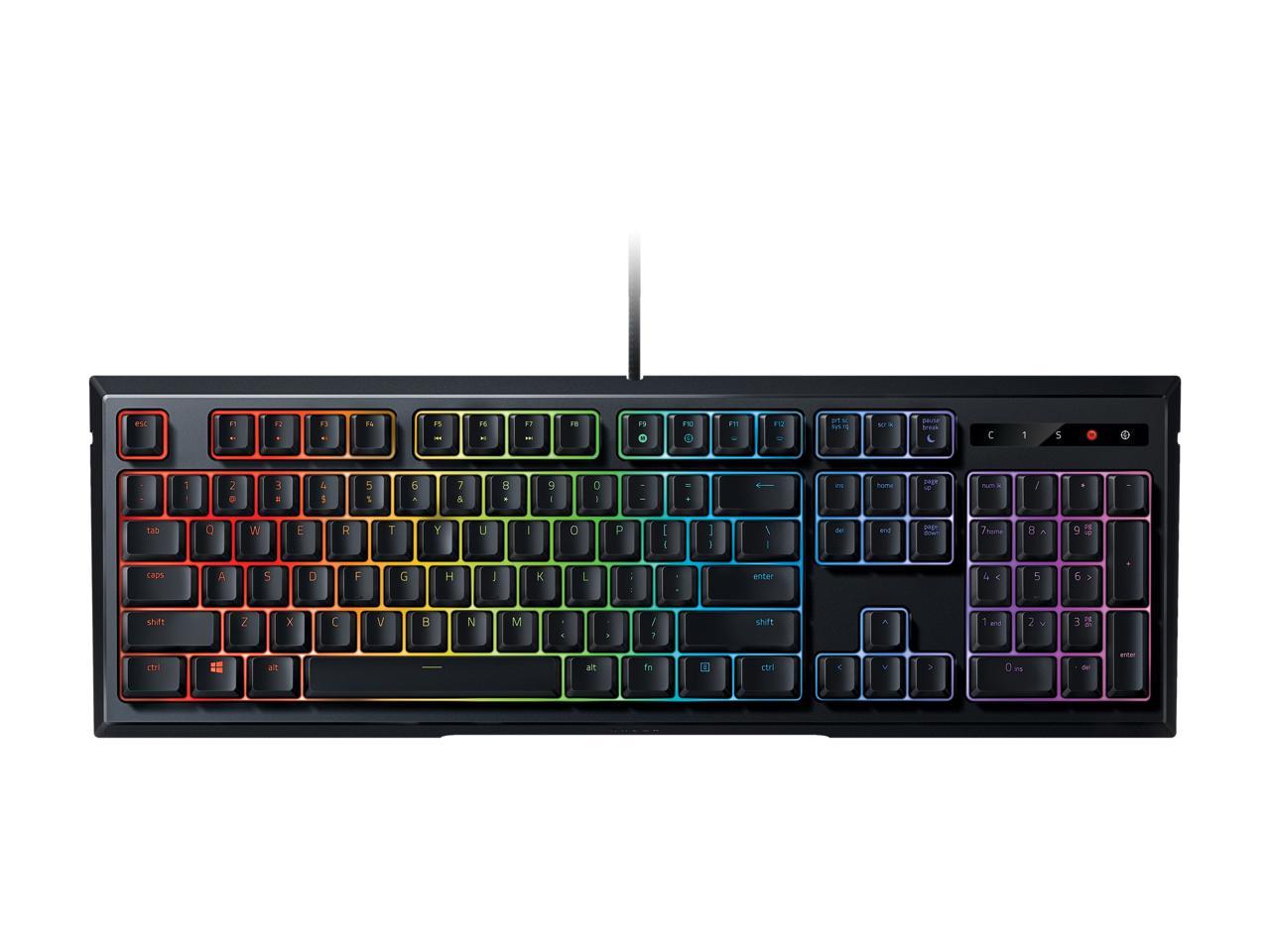 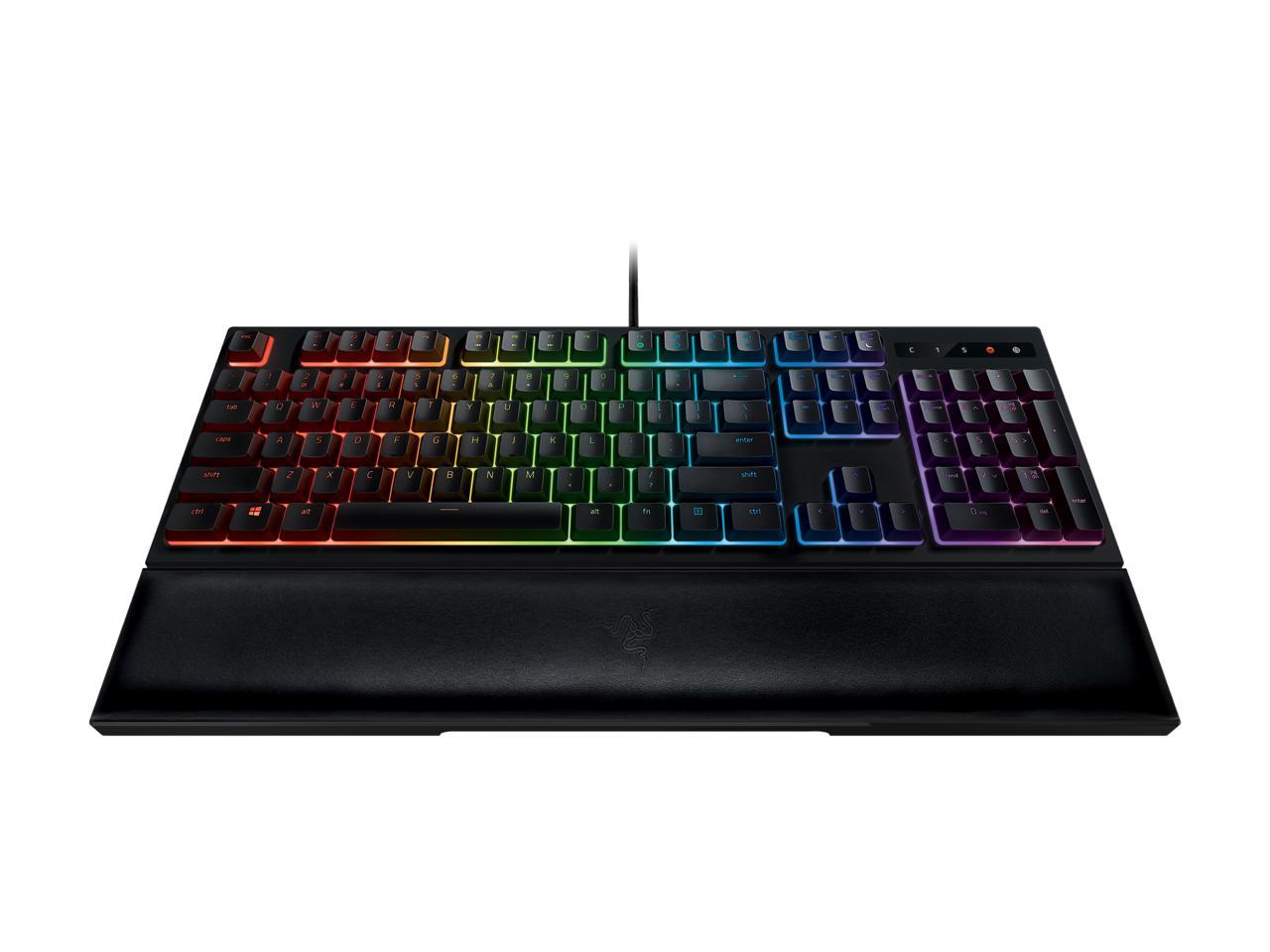 Learn more about the Ornata Chroma

Pros: -Razer has switched manufacturer of their switches from Kailh to Greetech and with that, there's been a vast improvement to switch quality. These new switches sound better and feel a lot more crisp than the 2014 Razer Green switch. Supposedly these are now rated to last 80 million instead of 60 million but only time will tell if that's true. -Razer has brought back traditional MX Blues for those that prefer them, but only on the BlackWidow Ultimate. -With the new Razer Green switch, they've bumped up the warranty from one year to two years. -Costar stabilizers are used on this keyboard which I and many other people greatly prefer over the Cherry stabilizers. They feel a lot more solid anywhere you press the keys. The Tournament X variant of this keyboard has Cherry stabilizers which is one of the main reasons I opted for the full sized version instead. -New metal finish looks and feels a lot more premium than the old one found on the original BlackWidow Chroma. It doesn't attract fingerprints but note it does attract dust. Also quite a heavy keyboard weighing slightly over three pounds giving it a premium feel. -New font looks a lot more clean and professional. -Lighting is very bright, although not as bright as the original BlackWidow Chroma due to no longer having the white backplate. -Razer Synapse is still light on resources, it only uses about 40MB of RAM on my system which is less than one page of Google Chrome. The keyboard lighting effects are saved onto the keyboard itself so it will remember your last used profile with or without Synapse installed on your PC. -Chroma apps is new in Razer Synapse and it sets up profiles for some games such as Overwatch. For example, the keyboard will change lighting effects based on your character, when a cooldown comes up or an ultimate etc... this can be disabled in Synapse though for those that prefer to have their own lighting effect.

Cons: -Secondary characters are still not illuminated. I know this is a limitation due to where the LED is placed and the only real way to fix that would be to place both primary and secondary characters next to each other. -No extra goodies except stickers. For a $160 keyboard it would be nice if Razer started including some extras such as a keycap puller, wrist rest, etc... -No dedicated media keys, the FN keys can do pretty much everything but the time I spent with the Corsair LUX RGB and Azio RGB keyboards spoiled me with the mute button and volume wheel/knob.

Overall Review: This is a list of all previous mechanical keyboards I've owned: Razer BlackWidow Ultimate 2013 with MX Blues Razer BlackWidow Chroma 2014 with Kailh Razer Green switch CM Storm QuickFire with MX Blues Steelseries Apex with MX Reds Azio RGB with Kailh Blues Corsair LUX RGB MX Blues Out of all these keyboards, the BlackWidow X Chroma is currently my daily keyboard for both typing and gaming, Razer has definitely taken a step in the right direction. The new switch by Greetech is definitely worth it and if Razer would implement a magnetic wrist rest like the one found on their unreleased "Ornata" keyboard, as well as the addition of a mute button/volume wheel, it would be the perfect keyboard for me.

Pros: - Very high quality build - I can type pretty fast on it - Looks nice - Wrist rest is like a pillow - RGB animations are fun to look at

Pros: The compact form factor works best for me as my desk is cluttered with stuff. The keys feel good during use and the long USB cable allows you to position the keyboard any way you want. Volume and brightness controls are working as expected. There is also a switch for gaming mode which disables the Windows key.

Cons: The lack of RGB lighting could put off some users. There are also no USB ports that will allow you to connect gaming headsets. I was worried with the USB cable connection as it started to feel loose after 3 days.

Overall Review: I used it for 4 straight days, USB cable plugged in and out daily. I was stress testing the mini USB port and found it started to feel loose on the 3rd day.

Overall Review: -Software seems a little basic, but sufficient easy enough to install Razer is a great brand, sometimes hard to justify the price, but do not regret this!

Pros: software is easier to use than the rivals of this genre. it has a large backspace, not one of those tiny ones you miss when typing fast. macro's are flawless. the lighting patterns and designs are in layers so you can do multiple things. keys are quiet yet efficient with a perfect feel for my personal taste.

Cons: price was high, around $140. but i was willing to pay for what i wanted. spacebar is a little twitchy, triggers without full click at times.

Overall Review: minor tweaks/changes would be a light on the spacebar and bottom right fn button. why make a keyboard with backlight led's and not light the whole thing, same goes for the shift alternates of buttons like :"<>?|}{_+ along with the fn option buttons not lit, just the fn #.