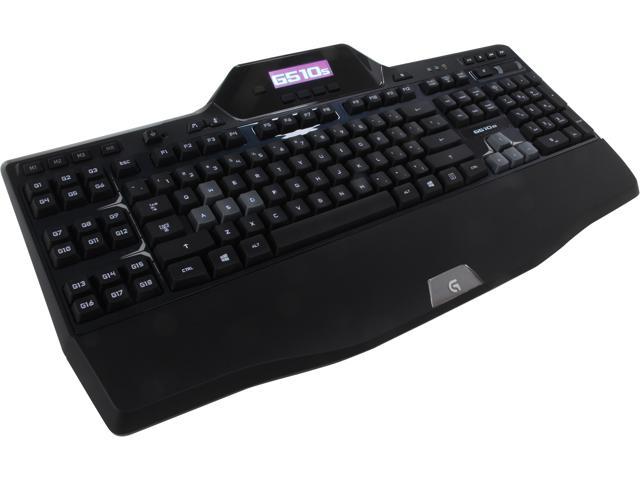 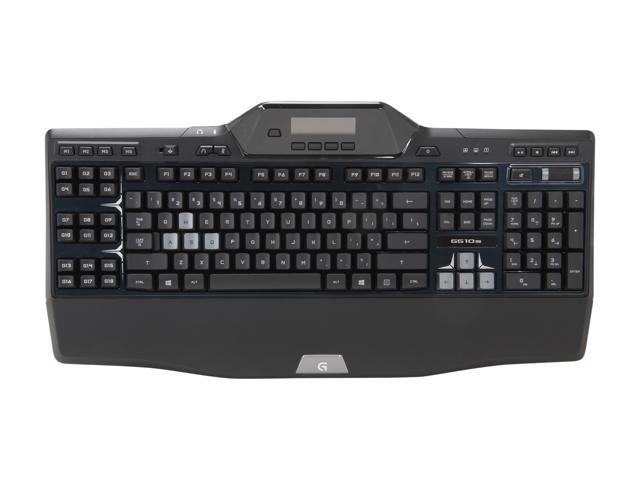 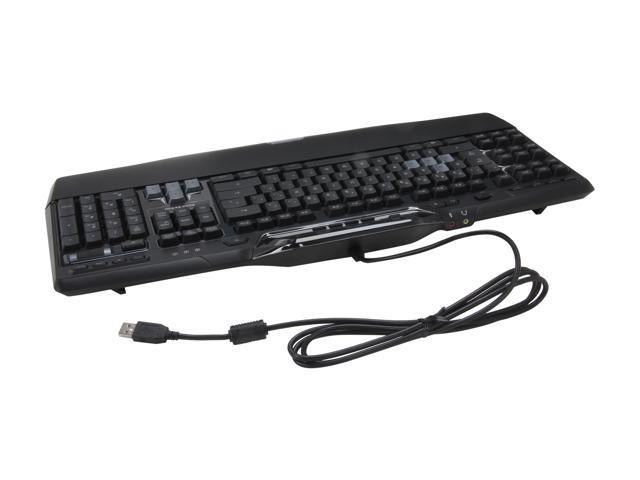 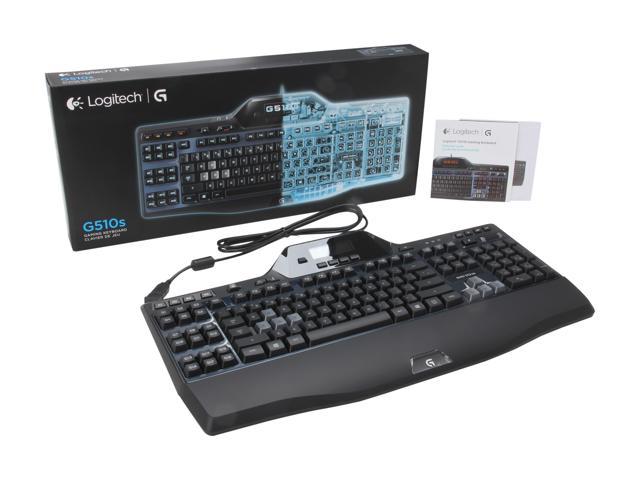 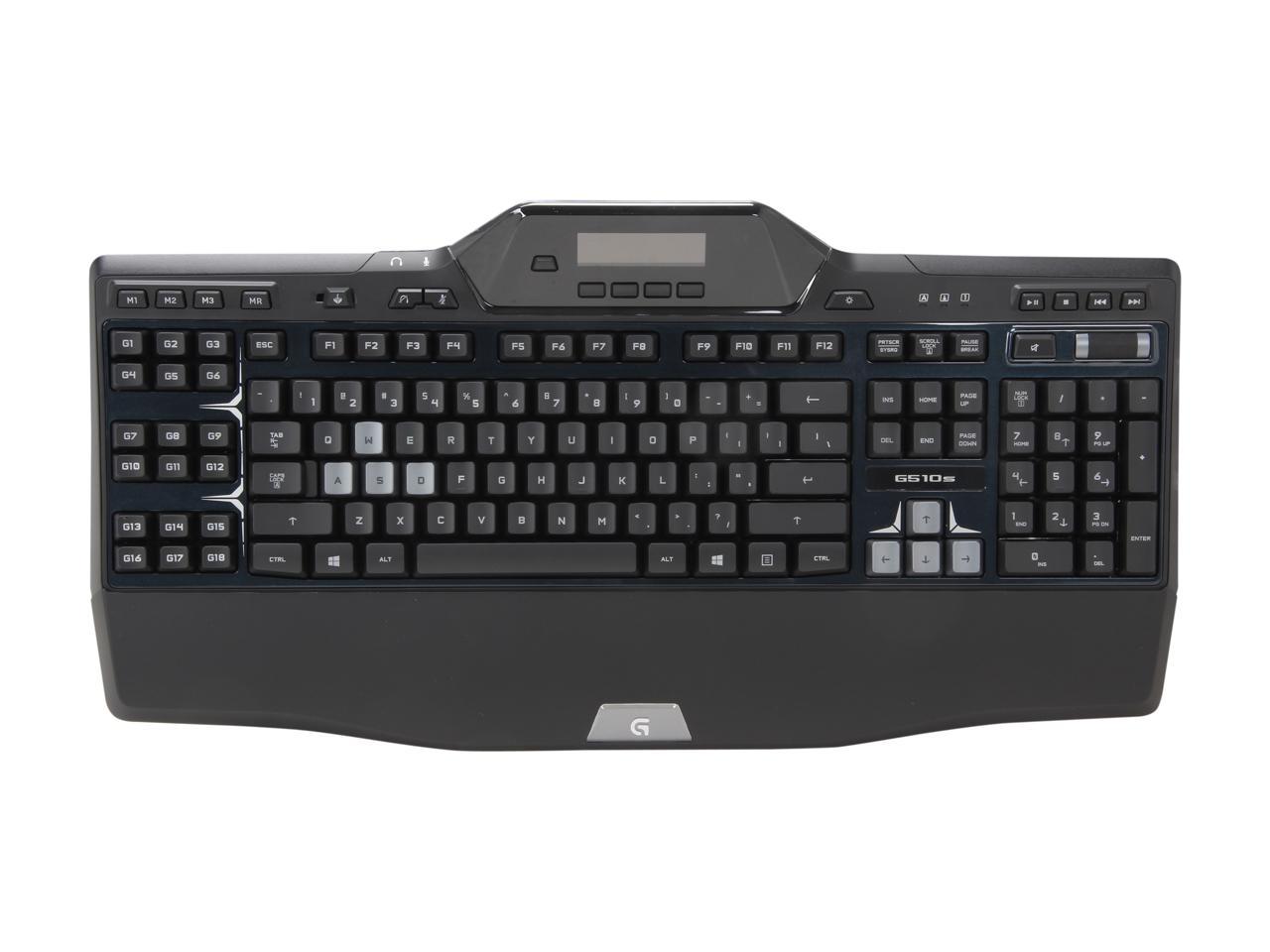 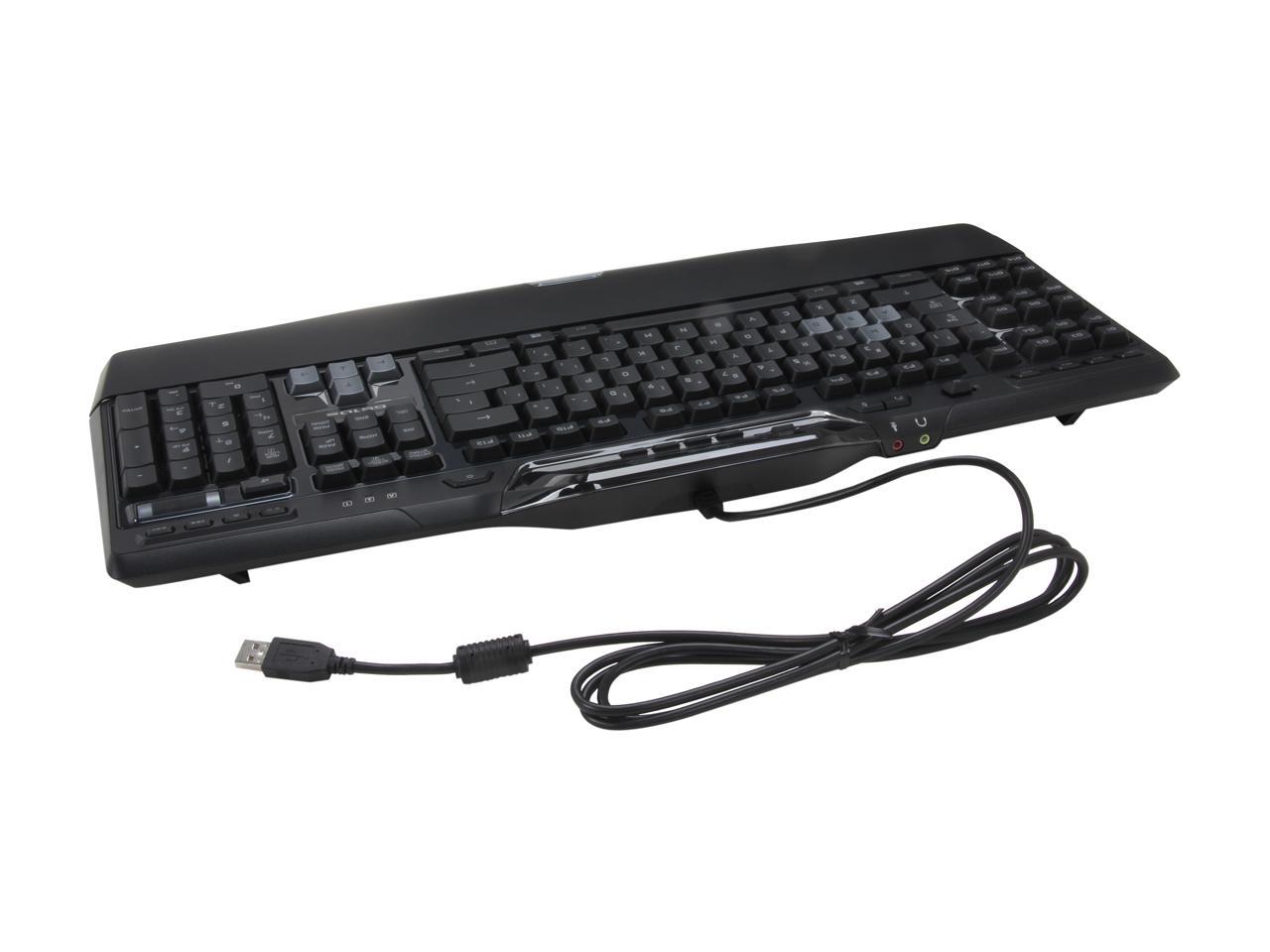 Learn more about the G510s

Pros: Keys are very quiet. Everything has a soft touch feel to it. Don't have any problems hitting the space bar and getting it to work (But then again, I had a G110 before this, which needed to have the space bar hit in the middle to work)

Cons: No USB port on the keyboard. LCD is kind of useless since not many games support it.

Overall Review: Love how it's fully RGB backlit so I can do any color I like.

Pros: - Any number of colors for the LEDs - Good feel to the keys - Quiet typing - Macro buttons - LED panel with different readouts

Overall Review: The first thing I noticed with this keyboard is how long it is. Obviously, that's because it has extra keys on the far left for macros. Very cool, but it cramps my mouse out. Can't take off an egg because I have a small desk, though. I love the LED back lighting. I can't have different color schemes for different games. Walking Dead and 7 Days to Die are green, Mechwarrior Online is orange, etc. The LED panel at the top is a great idea, but the readouts usually aren't very interesting. Most of the time, it just displays the date and time for me, which is still handy because some games don't have that (but some games do, like Rust on Steam which displays a small ribbon in the top right of the screen). That brings us to the most major point; not enough games support this keyboard. I had to give up WoW and I don't play Skyrim much anymore. Aside from those two games, nothing else I own supports this keyboard. Still, no eggs off because that is the fault of the game manufacturers. I had an issue the one time I tried to plug in a pair of earbuds. The keyboard reset, went to blank white, and the earbuds didn't work. My normal headphones are bluetooth so this isn't a problem, but other people should be aware of it. My only real problem with the keyboard is the functionality of the macro keys. I would like to have movement arrows underneath them instead of the usual WSAD. Would make it easier to use them while moving a character on screen. As it is, I have to remove my hand from the movement keys entirely in order to press a macro, which can result in character death. Aside from me moaning that keyboard layouts need to be rethought for gamers, I don't have a problem with this keyboard. Logitech, once again, has my business when it comes to peripherals.

Pros: This is a great keyboard, one of Logitech's non-mechanical best. Quiet keys, programmable function keys with customizable setting-based color schemes, at a good price. The LCD screen is slick, and it'll give you some extra utility, especially with a chat client active like Mumble. The other special keys (like the windows-key toggler, muting buttons for mic and headphones, player controls and volume sliders) are all icing on the cake. The double clicking issue with the space bar is fixable! (Read the Cons)

Cons: I went through three of these before I got one I could stick with. The first one had the double-clicking space bar, so I RMA'd it immediately (NewEgg is very responsive and is generally happy to do this with a $100 defective keyboard), but the replacement had the same issue. So I got the dremel out. I discovered, with some trial and error, that there's an artifact of the plastic frame's manufacturer that is obstructing the spacebar path. It looks like a numbered dial (and it is), under the right side, just up-right from the metal guide rail's support structure. What you SHOULD do is return this and hope your replacement isn't affected--my third wasn't! I'm typing from it now!--but if you want to be all DIY and industrious, you can pop off the spacebar and keys around it and shave down the numbered dial. Obviously, try to know what you're getting into first, should you try it. This will void your warranty and you could ruin something else while removing keys or trying to replace them or by shoving dremels in places they don't really belong.

Pros: the layout of this keyboard is nice and customization options are a plus.

Cons: The one I received the space bar was very sensitive and kept double and triple spacing, also the other letters seemed to respond indifferently that made it very hard to write on. The display was nice but very limited to only a few applets due to the type of display. I couldn't deal with it any longer and returned it for the G19s that I highly recommend spending the extra money on.

Cons: When I plug my headset into the ports, the keyboard restarts and the headphones don't work.

Overall Review: Still got to give it 5 stars due to the fact I do not use headsets much. But definitely bad for someone who needs or wants to use it.

Cons: Not Mechanical non other than that.

Overall Review: I personally love this keyboard the display is an extremely helpful function and the led back lighting looks amazing in the dark.

Pros: Very sensitive keys and very reactive. Fast responding with a great lcd built in, i can display in game info for every game, even displays the daily local news ! The g buttons are very handy with hot keys and the audio control is very neat as well.

Cons: Only works with usb 2.0 on my board. When my pc falls asleep, the board will freeze when it wakes up and have no response, but works fine if i unplug and replug. Paint wears off around the space key

Overall Review: Overall, best keyboard in my opinion. I recommend it for all.

Pros: I'm liking it a lot so far, the 16 million color backlight is amazing and the LCD screen is great.

Cons: Right out of the box the space bar is occasionally double-pressing(as it just did). Hopefully it's just a matter of breaking it in but I've got a bad feeling about it. In fact I just had to knock it down from 4 stars to 3 because it's happened so often just while writing this review.